In his continuing effort to raise awareness about the refugee crisis, Ai Weiwei recently installed a new piece at Vienna’s Belvedere Palace as a part of his first solo exhibition in Austria, translocation – transformation. Titled F Lotus the piece consists of 201 rings with 5 life jackets on each, floating like lotus flowers and forming a big letter F.

After installing 14,000 jackets on the columns Konzerthaus Berlin of in Berlin in February (covered), the Chinese artist once again wanted to bring attention to what is happening on the shores of EU. Using 1,005 actual life jackets retrieved from the Greek island of Lesbos, in a place that is considered the cradle of European culture, Weiwei is bringing this issue to its very heart. “There are more than 500,000 life jackets left on [Lesbos] and it looks like a landscape,” the dissident-artist stated when revealing this new creation which is meant to make general public aware of this chilling fact. The whole intervention is accented by using the lotus, a symbol for purity, rebirth and divinity, as a channel to pass such a strong message. Similar to his 2014 installation, F Grass in Vancouver (covered), it symbolizes the his fight against injustice and corrupt politics. 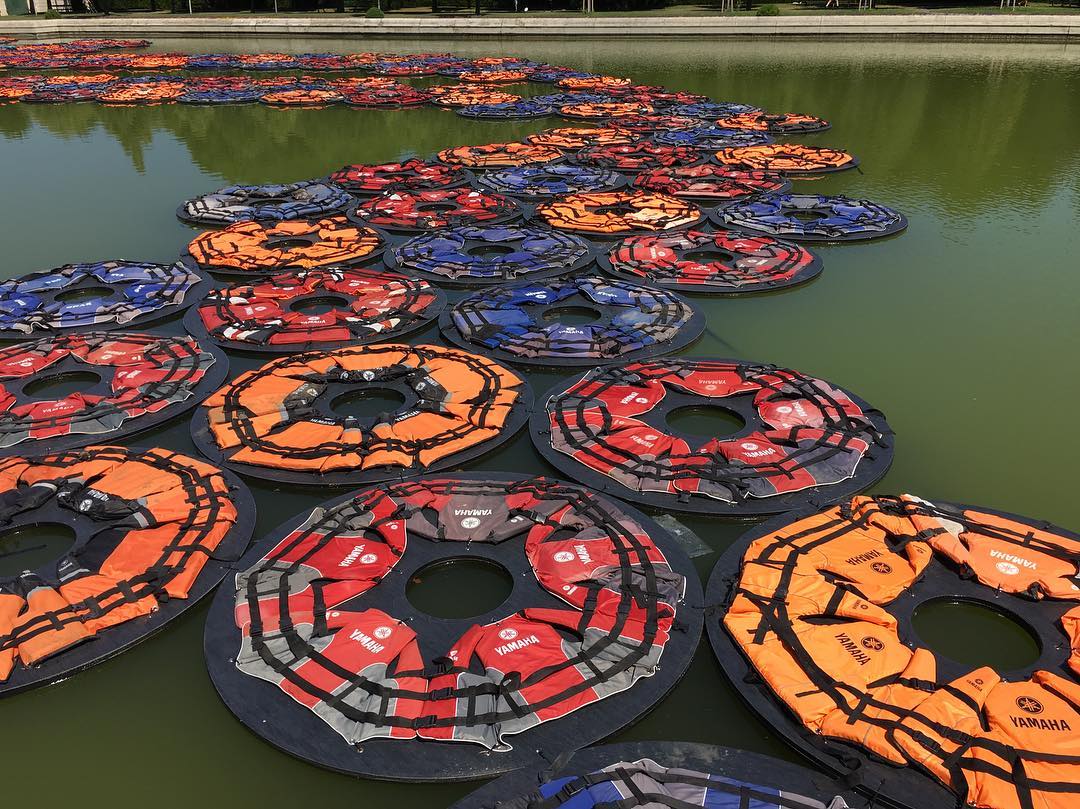 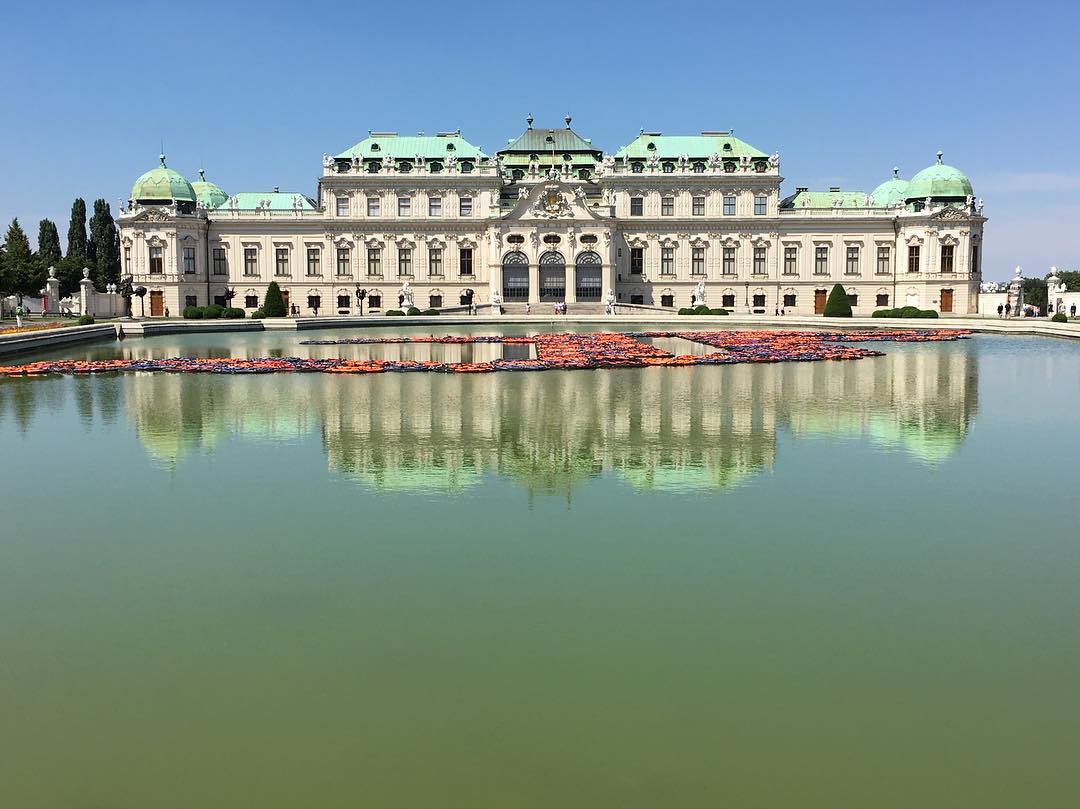