Ever since Ai Weiwei moved to Berlin after Chinese authorities returned his passport in 2015, he’s been actively working towards raising awareness about the refugee crisis that is hitting Europe. After reporting from and opening a studio on the Greek island of Lesbos, closing down his exhibition in Copenhagen in protest at a new law that allows Danish authorities to seize valuables from asylum seekers, China’s most acclaimed contemporary artist got the world’s attention once again with his recent interventions.

He recently opened his world touring Circle of Animals/Zodiac Heads exhibition at National Gallery in Prague, and used the opportunity to address the “embarrassing unwillingness of the Czech people to accept refugees.” By revealing the statues wrapped in thermal blankets, the same ones that are given to the hypothermic refugees upon their arrival to EU soil, the artist unexpectedly brought the harsh reality of Greek island’s shores to the Czech capital.

A few days later, coinciding with Berlin International Film Festival, Weiwei’s team wrapped the columns of Konzerthaus Berlin in life vests used by migrants that arrived in Lesbos. The local government on the island gave the Chinese artist 14,000 reclaimed life jackets for his projects, and some of those were mounted on the building where the charity gala dinner will take place on February 15th. Similar to his Munich installation from 2009, when Ai Weiwei created a large installation made out of 9,000 children’s backpacks representing child lives lost in the Sichuan earthquake, these bright orange vests and inflatable boats symbolize the plight of refugees and over 350 lives lost in the Mediterranean in 2016 alone. 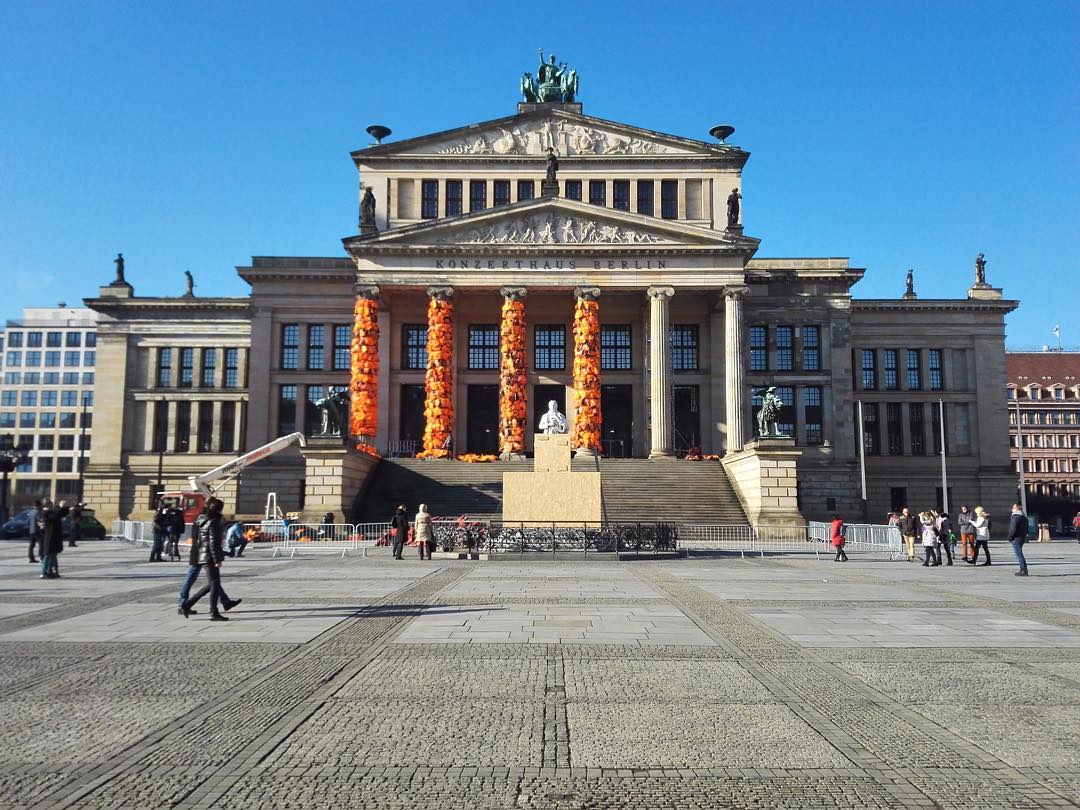 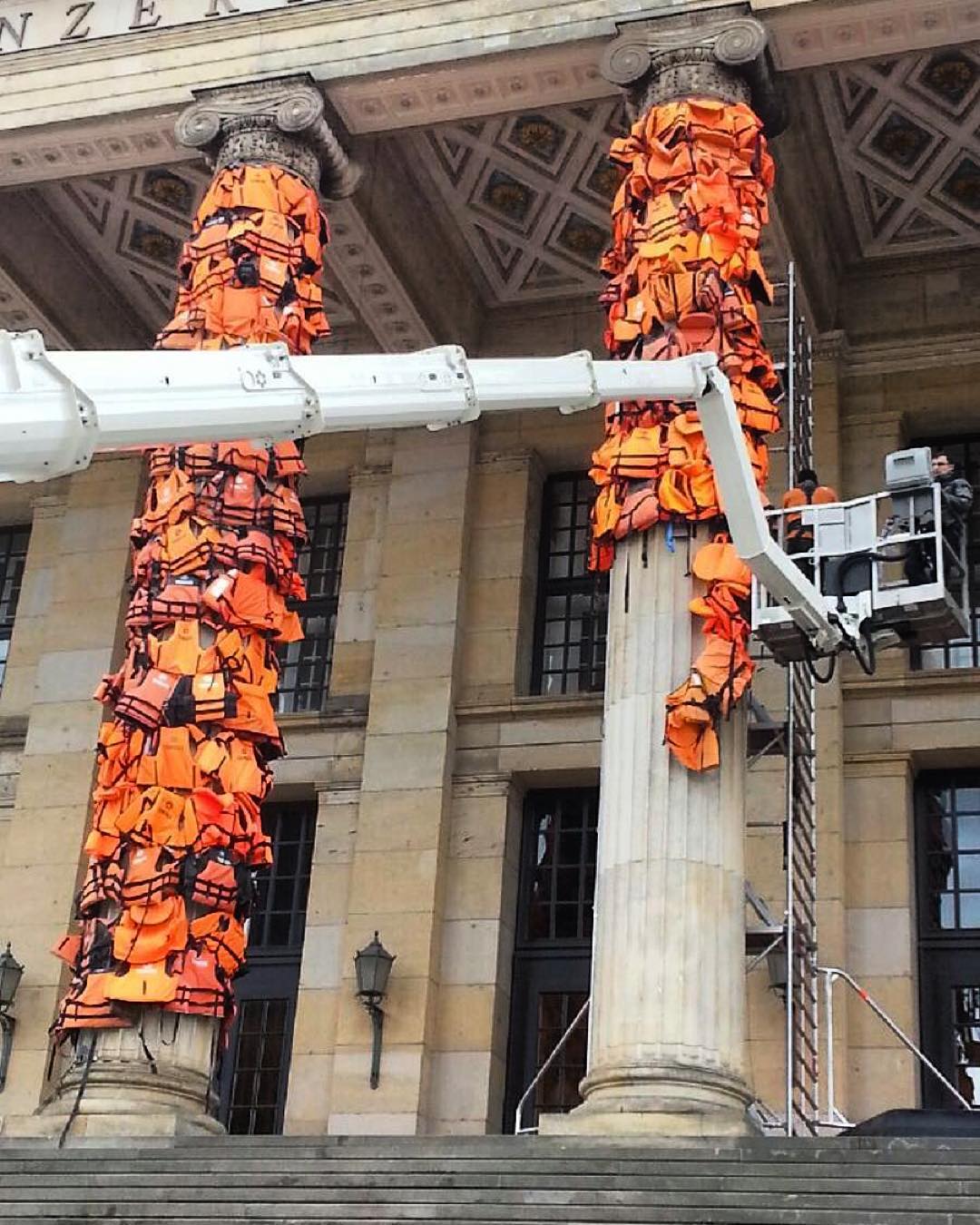 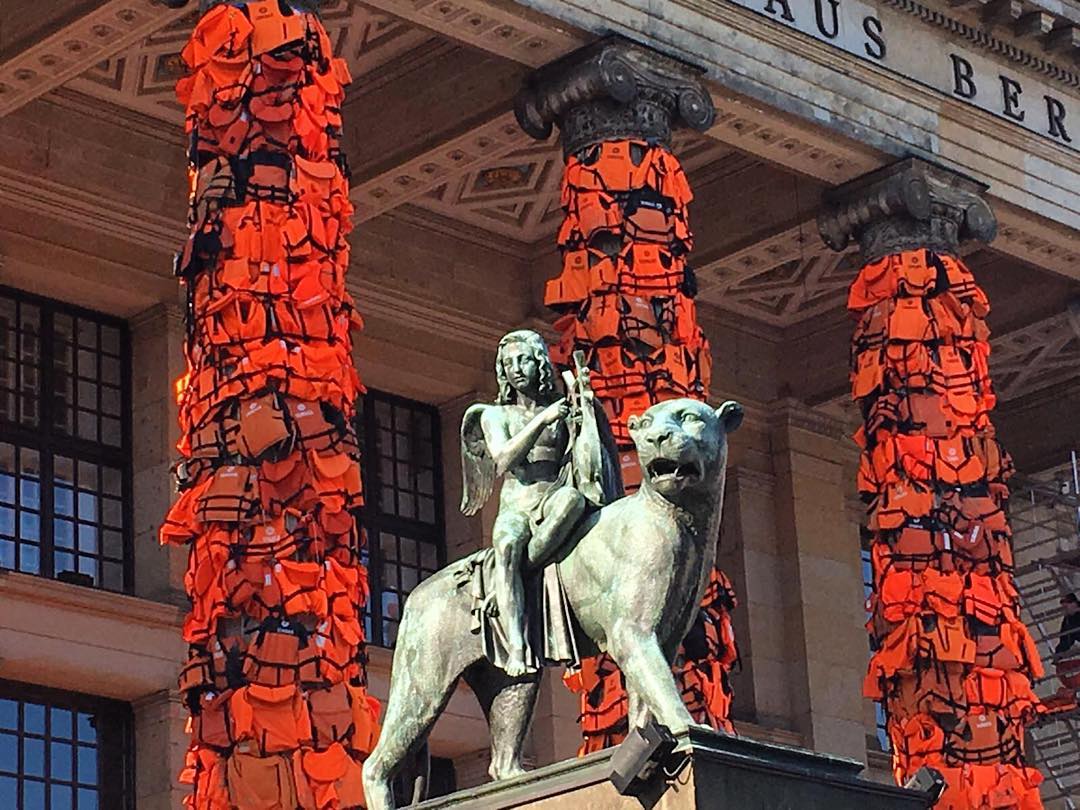 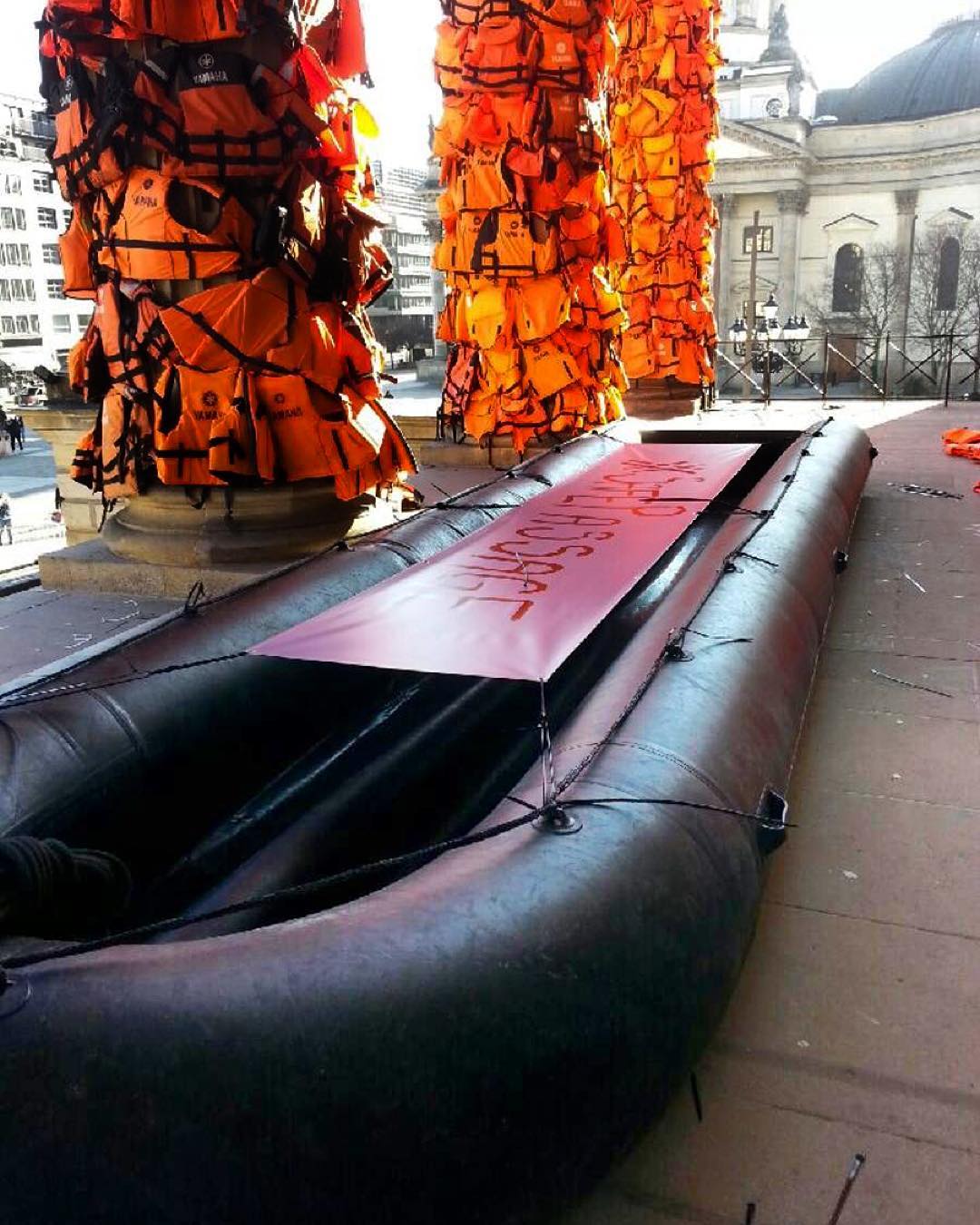 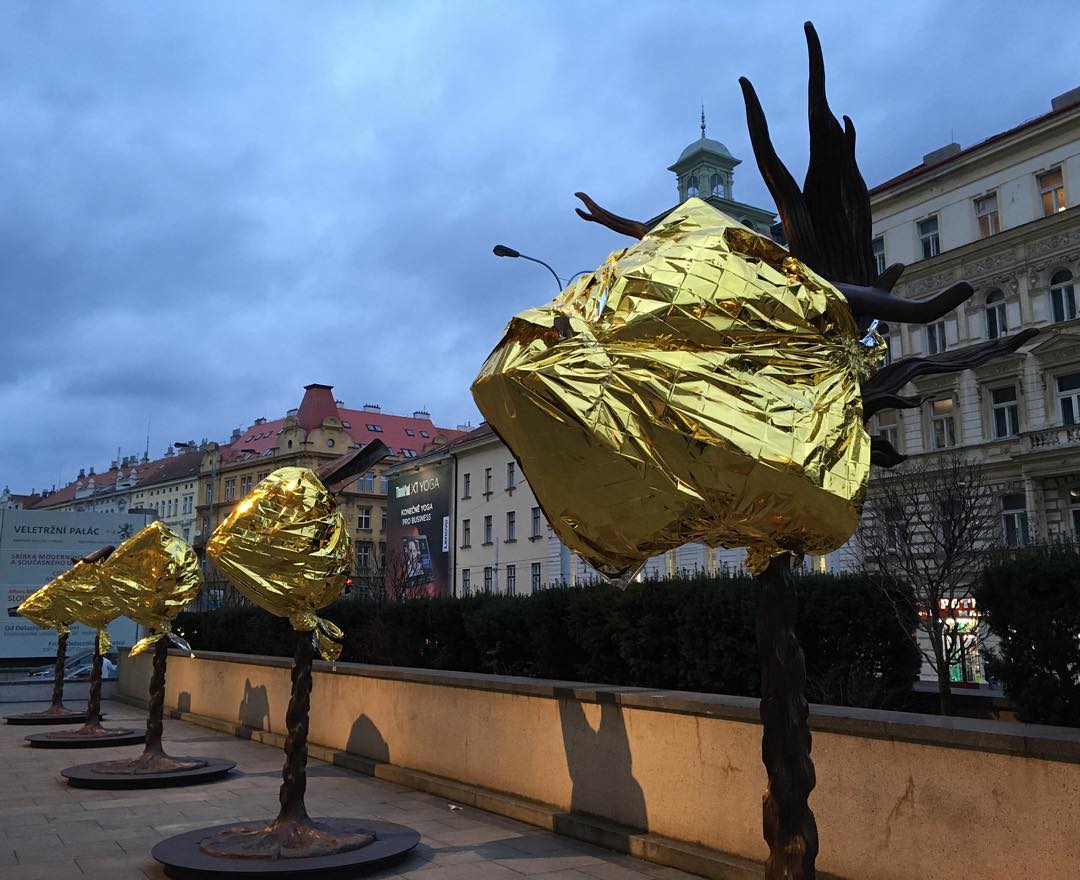 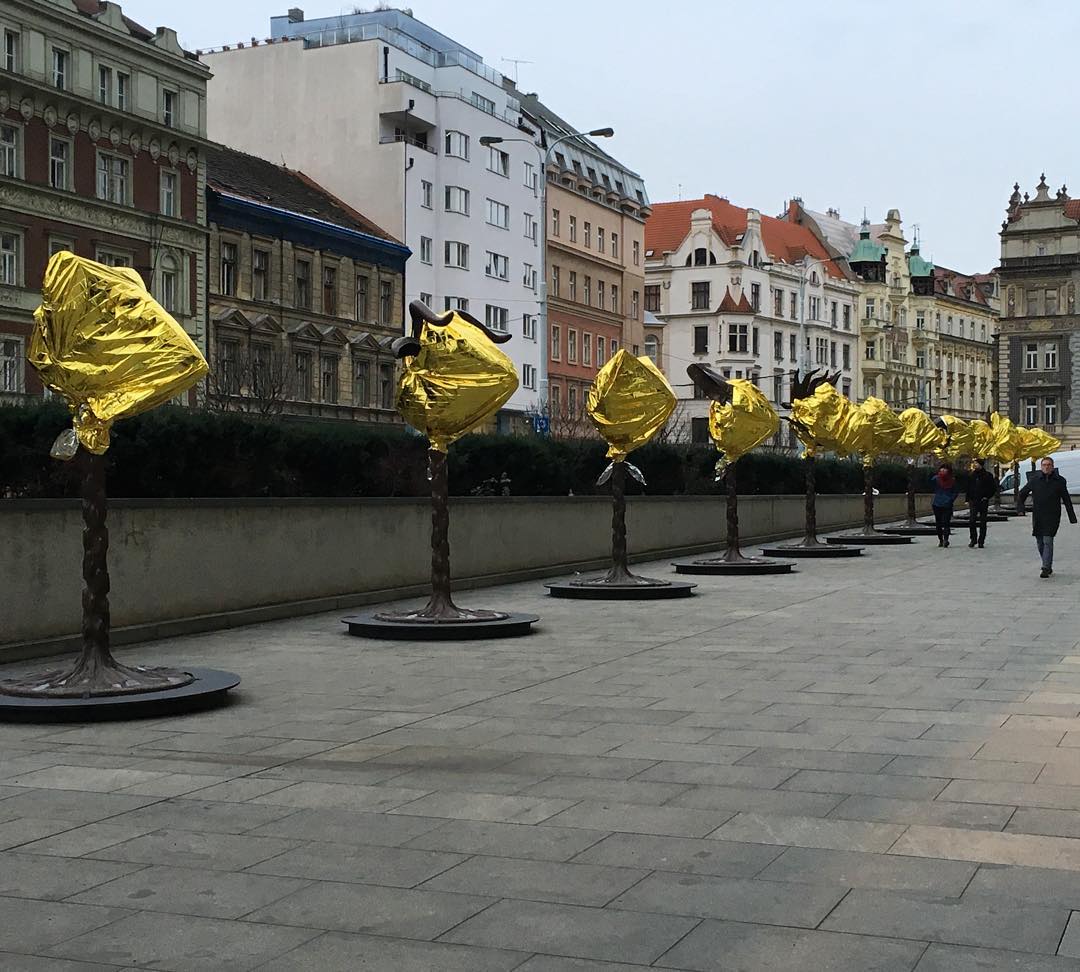 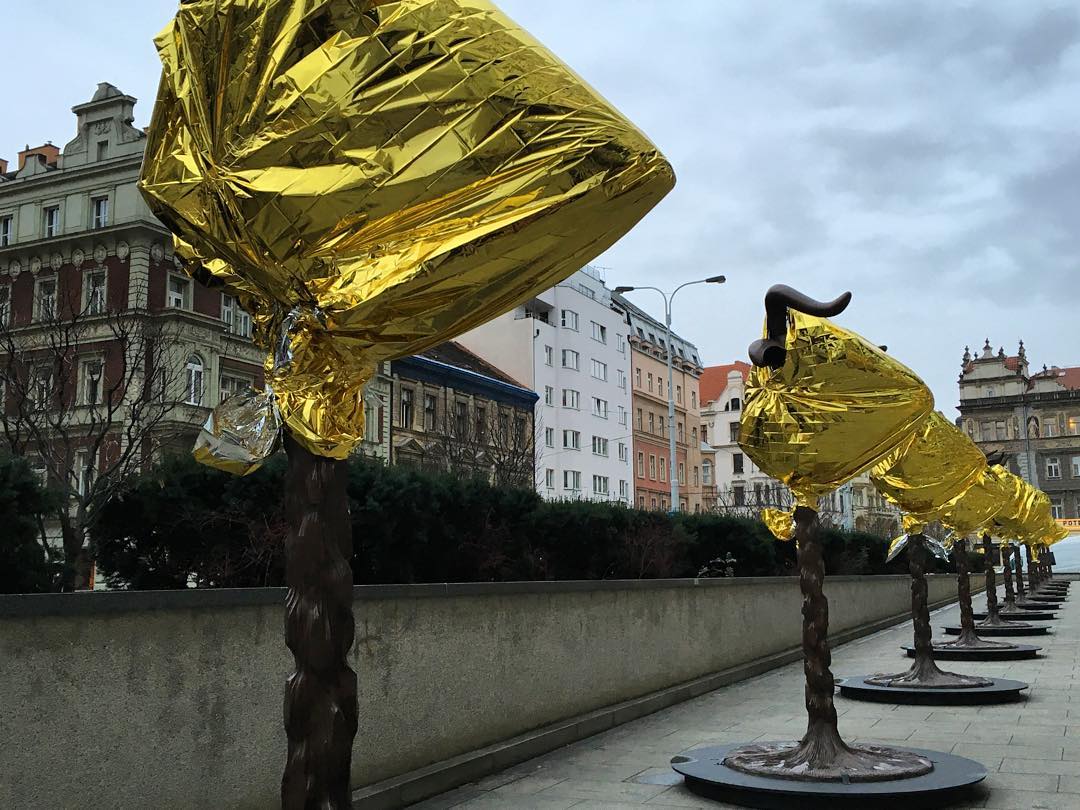 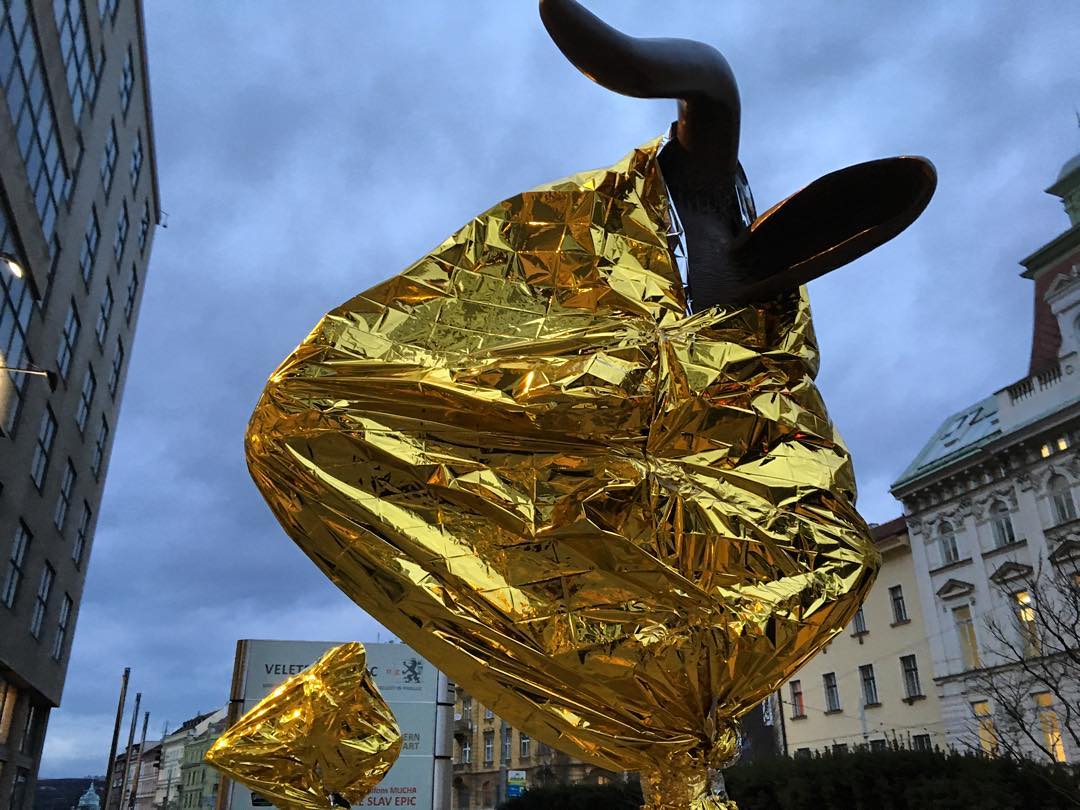