On Thursday, July 21st, Pejac revealed his long awaited London solo show for a private viewing. Installed as a popup at the Londonewcastle Project Space on Redchurch Street, Law of the Weakest included around 30 pieces created in the last couple of months exclusively for this event.

The visitors entered the main part of the show through a dark room in which a large ball pit was placed. Looking ordinary at first, on closer examination, a shark fin could be seen emerging out of the colorful balls, adding tension to a usual place of fun and joy. The next room included a photo print, lenticular print, iron sculptures, drawings and several canvases, including the Spanish artist’s remake of Monet’s Poppies hanging on a wall covered with victorian wallpaper. The wallpaper was gradually cutout, ending up depicting scenes of riots, similar to the works the artist created few months ago for refugee camp in Jordan. Another room included more pieces covering social and environmental subjects, something painted on riot police shields, and an effective nod to Hockney spilling out a can of paint. The whole room was covered with spent gunshot cartridges scattered around the floor, connecting to a large round canvas piece that was surrounded with bullet holes. Two smaller, dark rooms were reserved for the stained glass on astronaut helmet sculpture and a large meadow canvas accompanied with one of the arrow nest sculptures. The final room included more canvases, including the painful remake of a famous photograph, a bronze whale hunter, and a wooden rocking horse sculpture. The impressive show will stay on view until the 31st of July, being the last one to be held at the popular venue. 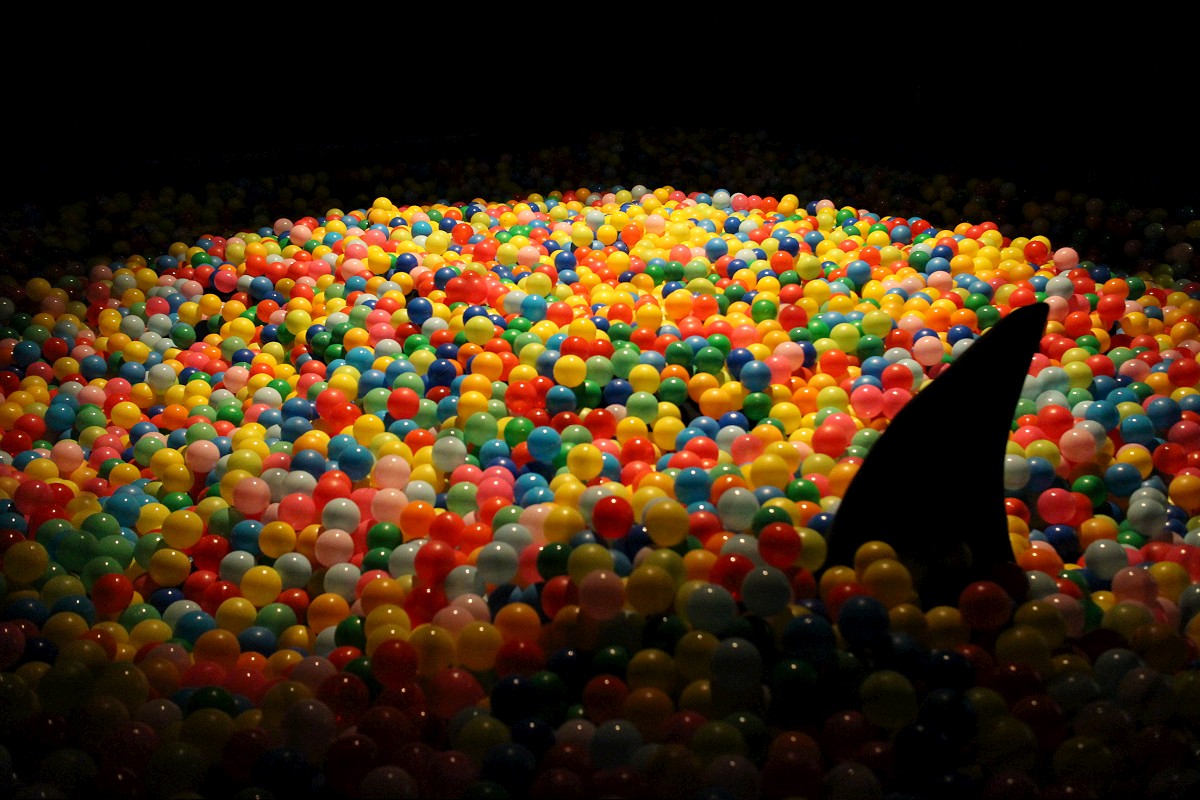 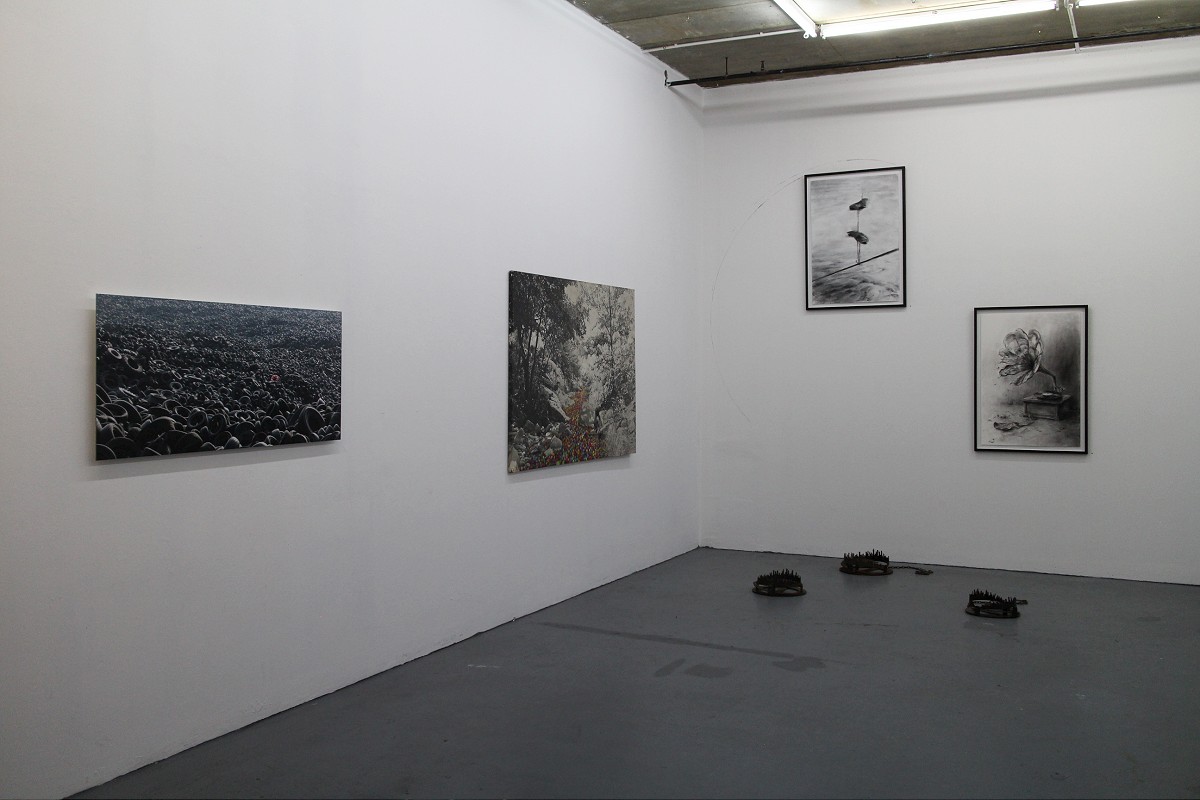 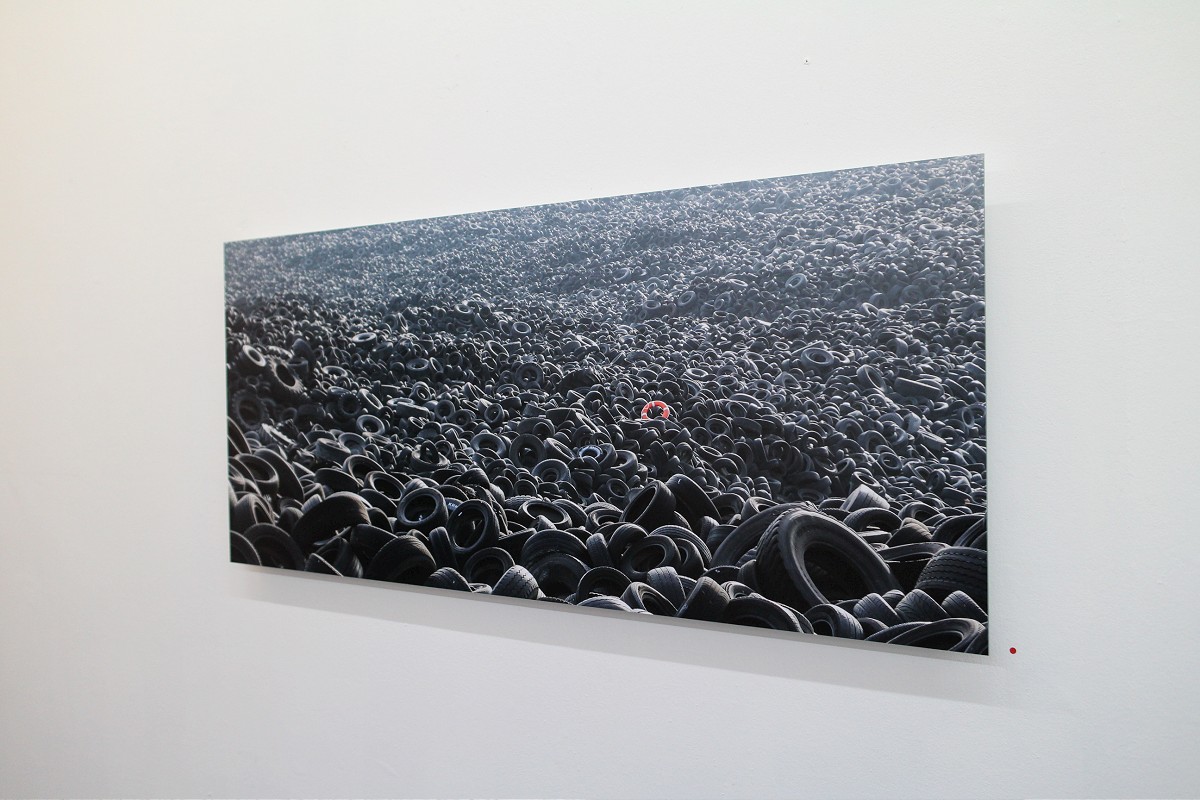 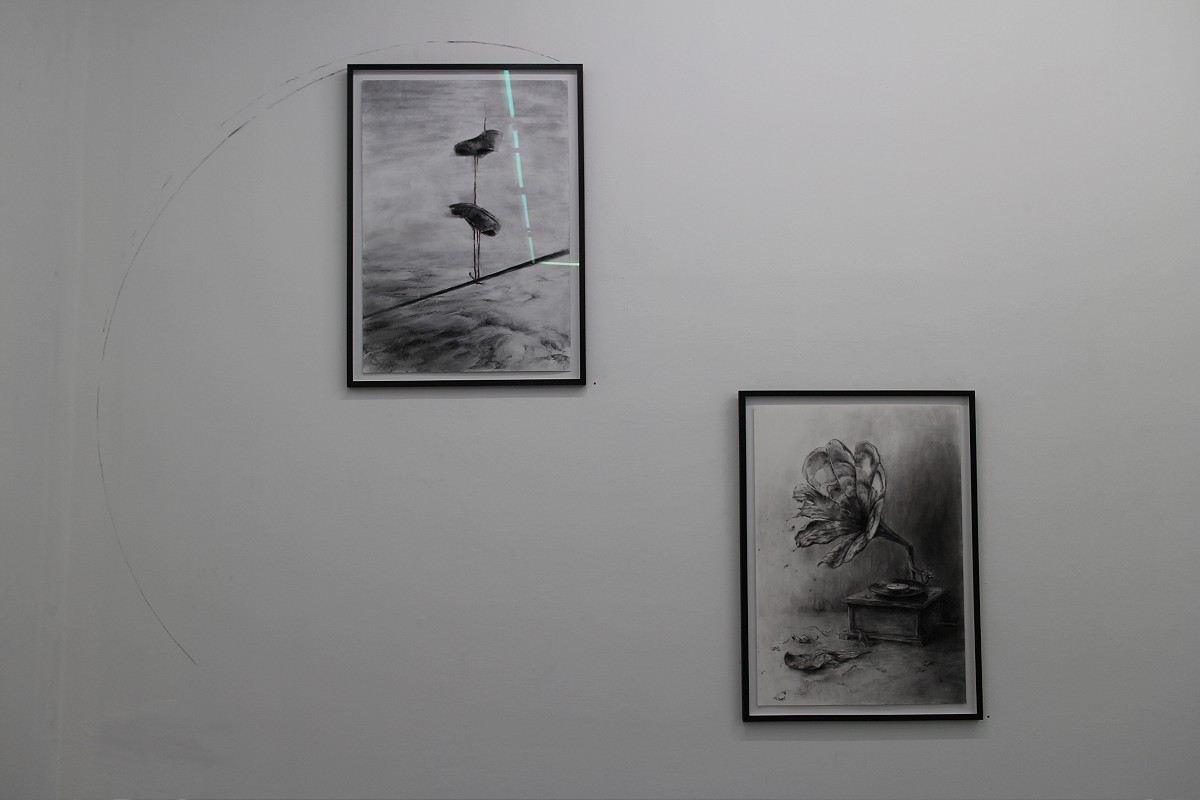 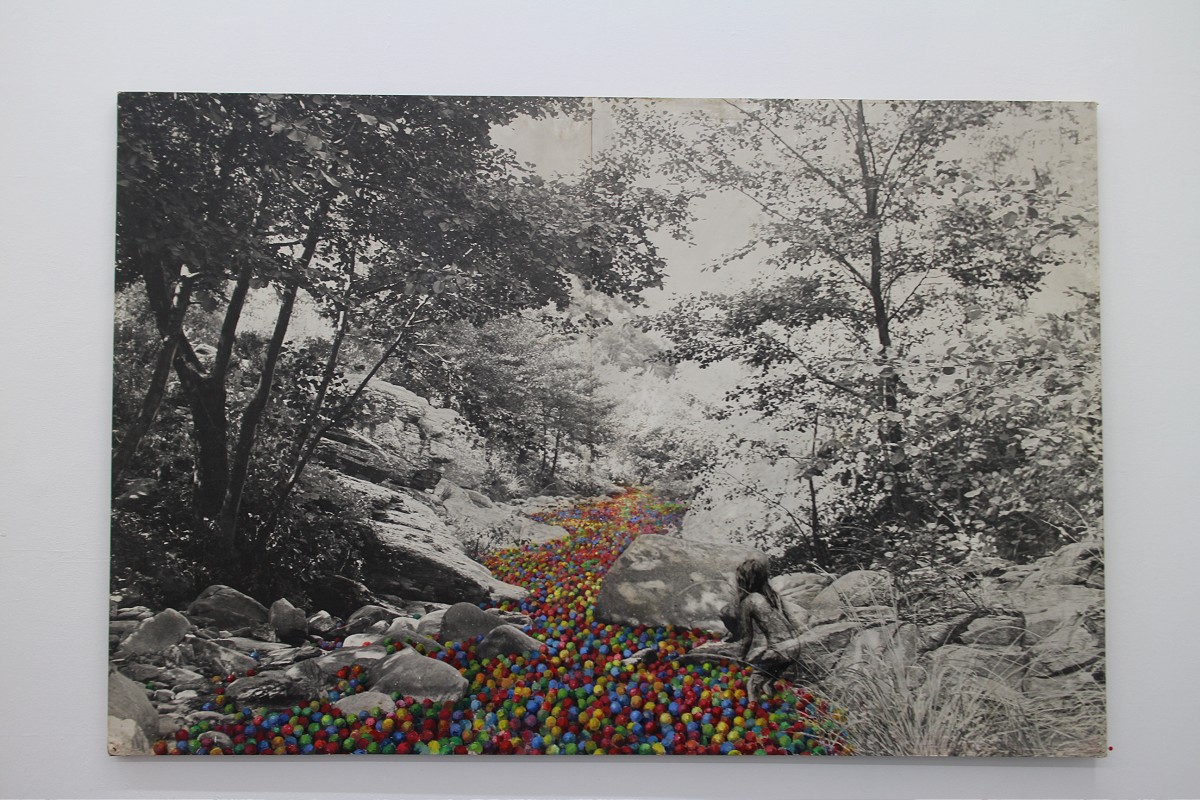 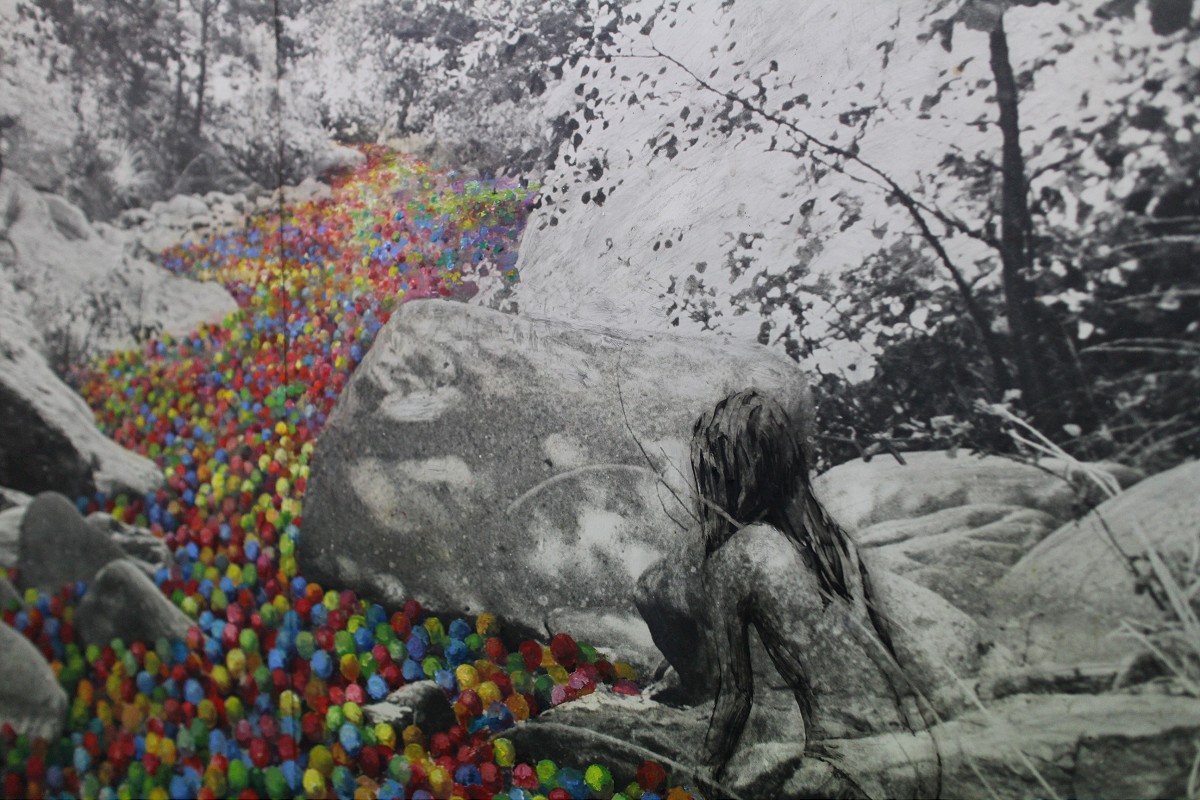 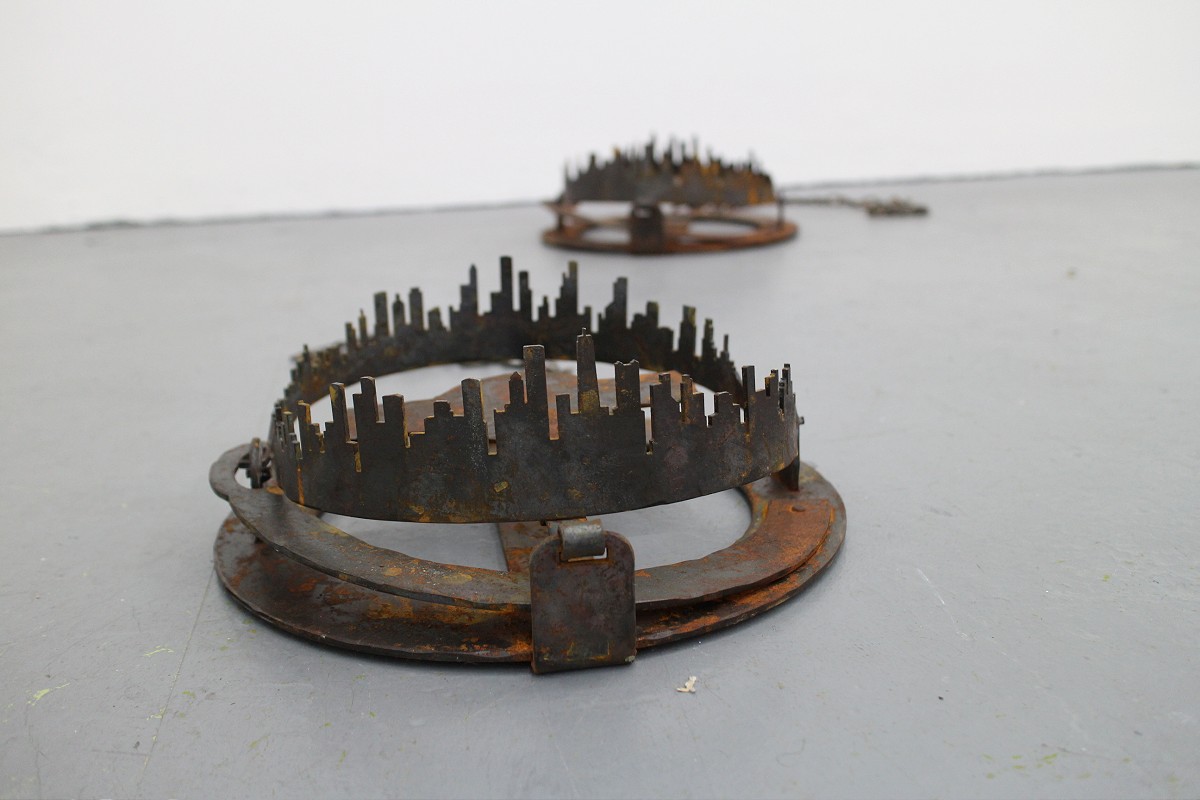 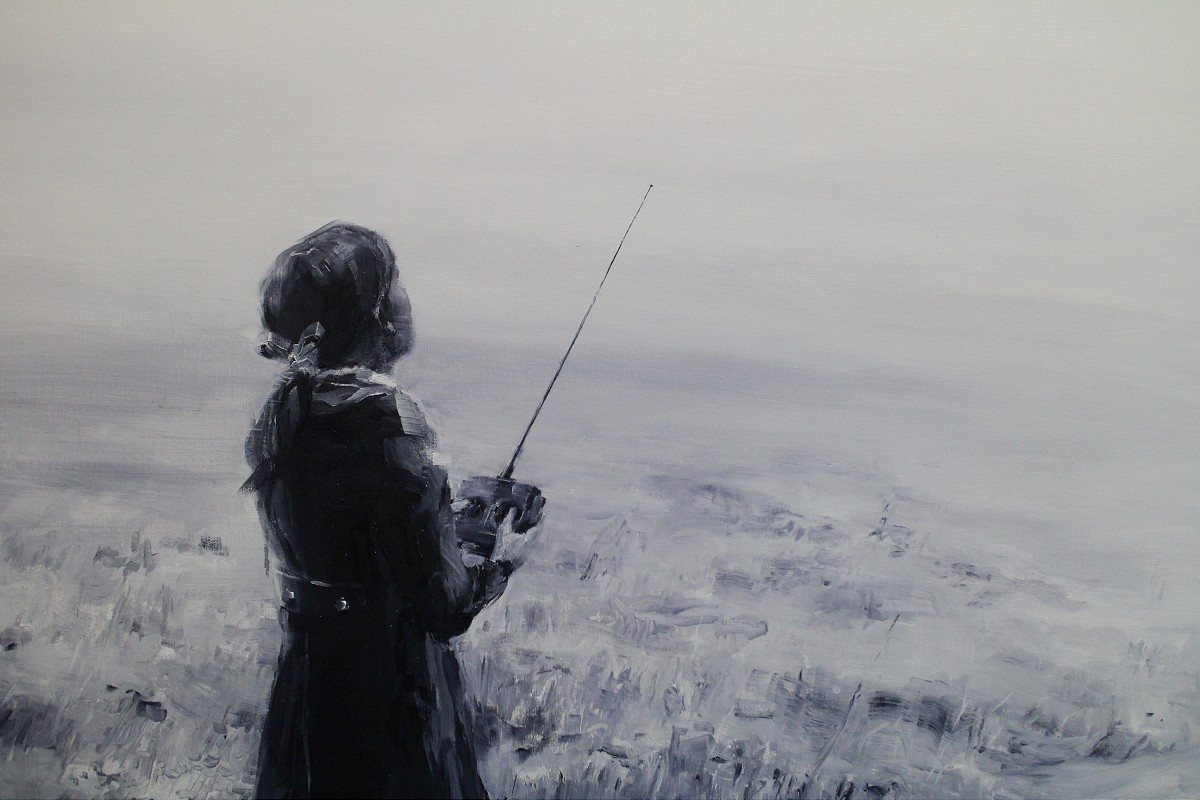