After his recent Asian tour that included Hong Kong (covered), Seoul (covered) and Tokyo (covered), Pejac returned to his studio in Barcelona to work on his next limited edition release. The image he chose for this release is a black and white version of his large canvas, Meadow,  that he painted earlier this week.

Depicting a startled lonely deer in a meadow made of arrows, it is a nice example of his simple visual language that carries a deeper, more complex message. While plain at first, the image gives  anuncertain feeling once the the full image is revealed. By creating a beautiful image from such a dark scenario, Pejac is pointing out aggressive human nature in a subtle, yet powerful way. Also, through the elegance of the deer that is standing despite all the deadly darts, he is highlighting the power of nature its way of rising above humans and their acts.

The release is scheduled on Thursday, July 23rd at 6PM CET (12PM EST) via Pejac.es. The print will be available in an edition of 100 stamped, signed and numbered pieces. The prints are screenprinted using 2 colors on Schoellershammer 4G, 250 gsm paper measuring 100 x 70 cm (39.37 x 27.55 inches) and are accompanied with Certificate of Authenticity. 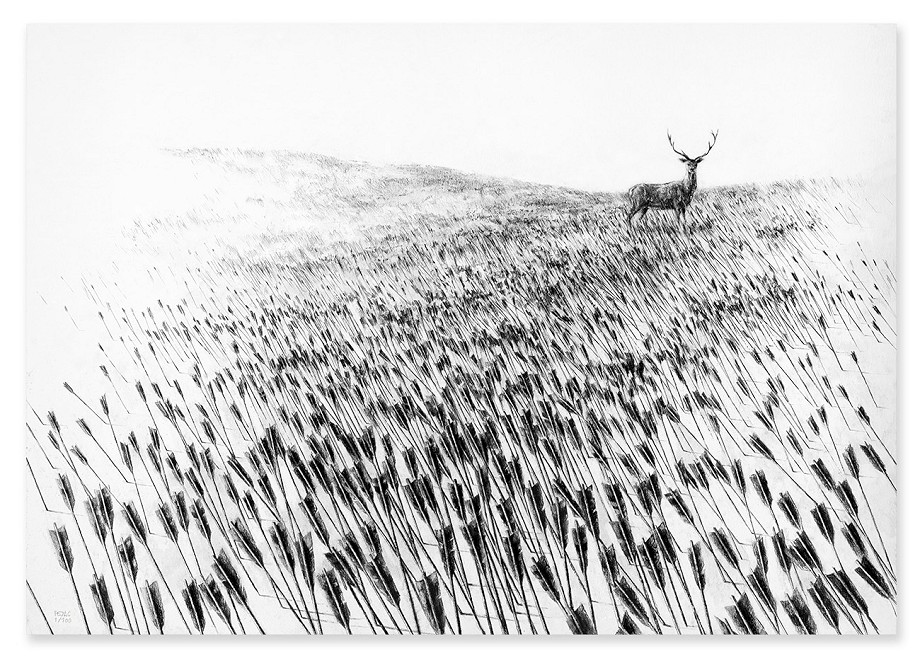 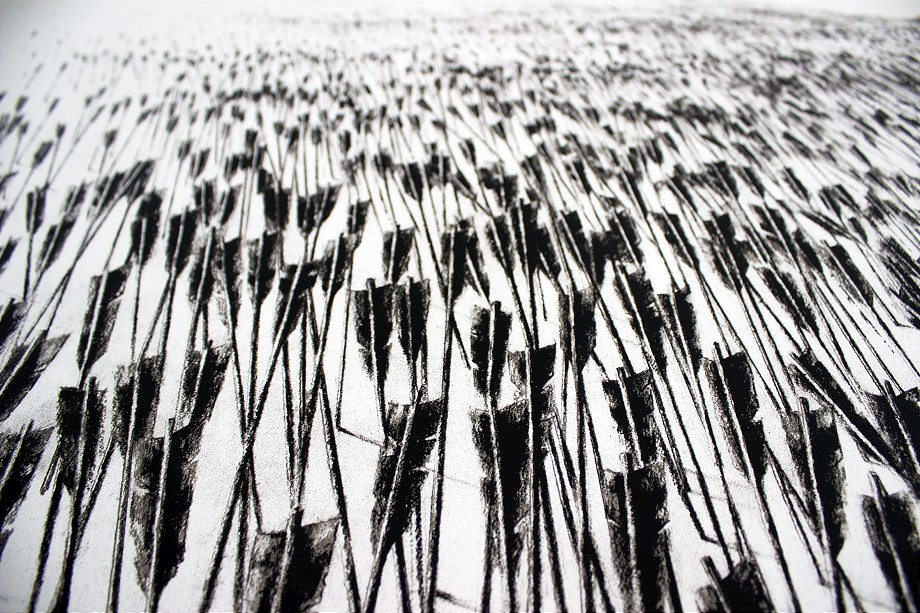 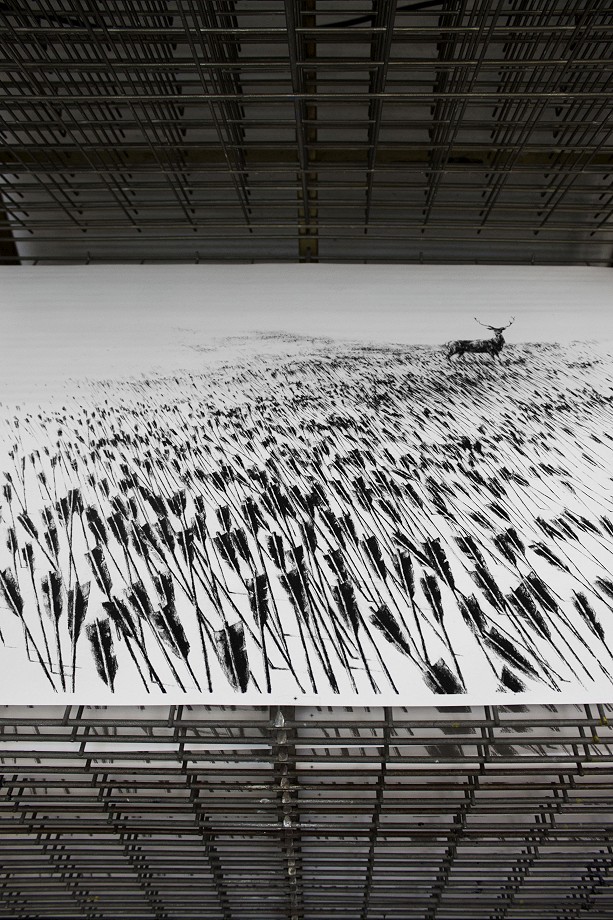