After stopping in Hong Kong (covered) and Seoul (covered), Pejac finished his Asian tour with the most anticipated part of his trip – Tokyo. In his previous works, the Spanish artist has often used elements from Japanese culture, so it was very interesting to see how the land of the cherry blossom, samurais, etc will inspire him. While mostly focusing on paying respect to their tradition and rich culture, some of the works he created pointed out some negative aspects of modern Japan.

During his stay in the Japanese capital, Pejac recreated his Seppuku image which was originally a canvas painting that turned into his first limited edition release. Painted in the dark back alley of the bustling city, the image looks like a warning on the influence of modern Japan on its tradition. Speaking of tradition, his piece Guliver used the ancient art of Bonsai as a key element. Inspired by the incredible dwarfed trees, he created a piece showing a silhouette of a boy watering a tiny tree with a flock of tiny birds fleeing from it. Fin Soup was probably the most provocative and daring piece created on this stop. This sculptural installation in crowded Shibuya consisted of shark fins emerging from the sidewalk with obvious human bites on each of them. Commenting on excessive fishing and especially shark fishing, the piece surely generated a lot of attention from by-passers. Finally, the most popular piece from this section of his trip was arguably Everyone is an Artist, a witty brush piece showing a cleaning lady pouring out a bucket of water and forming the iconic Great Wave by Hokusai. Through this image, he wanted to show his appreciation to the women around the world and all the “little wonders” they create on a daily basis. 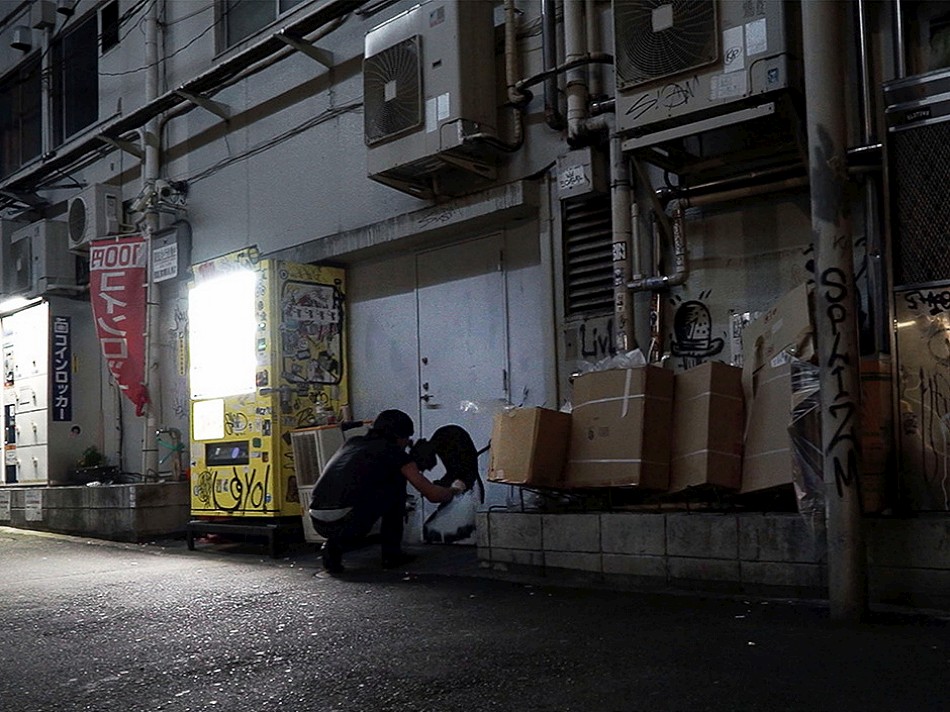 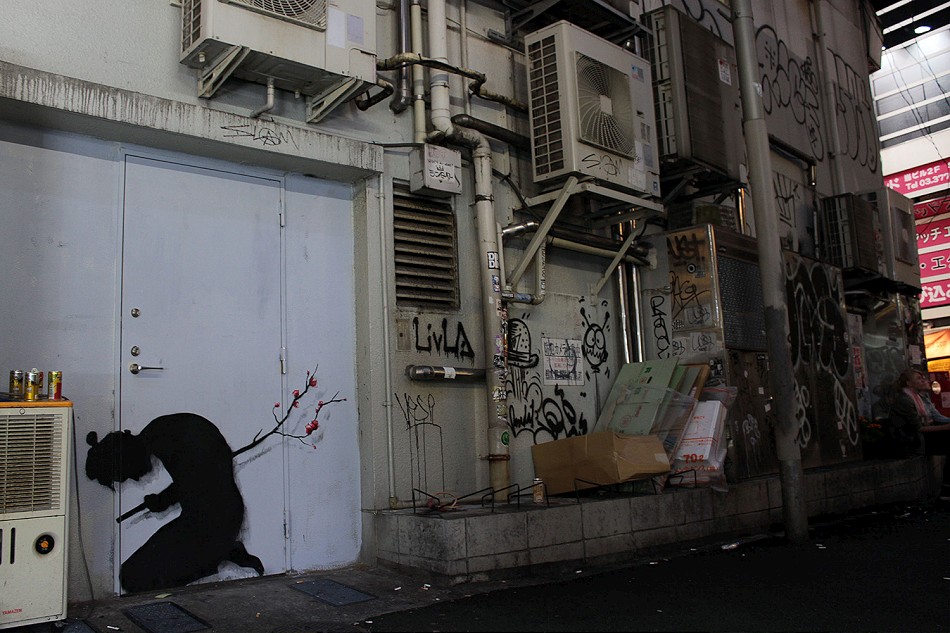 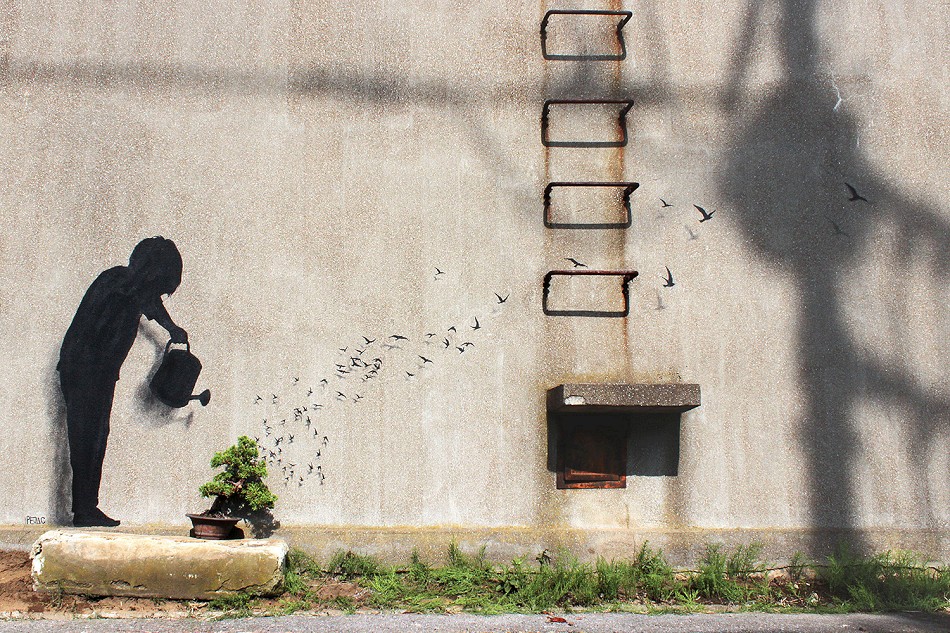 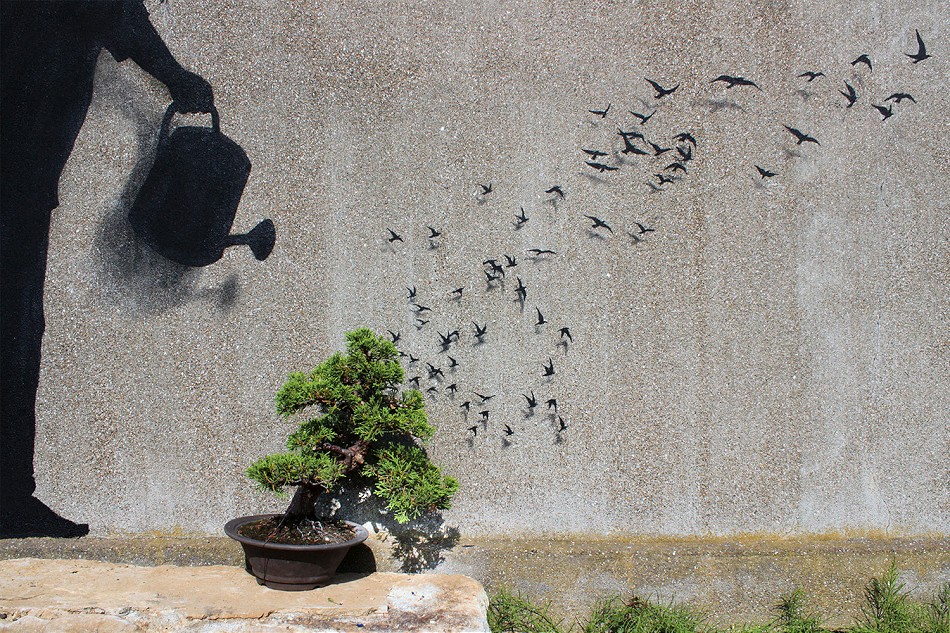 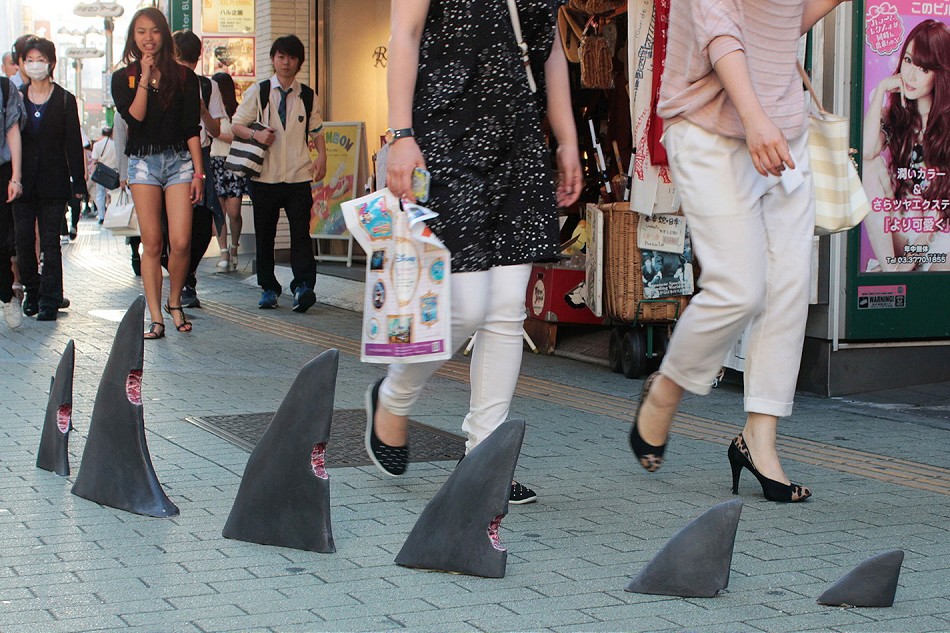 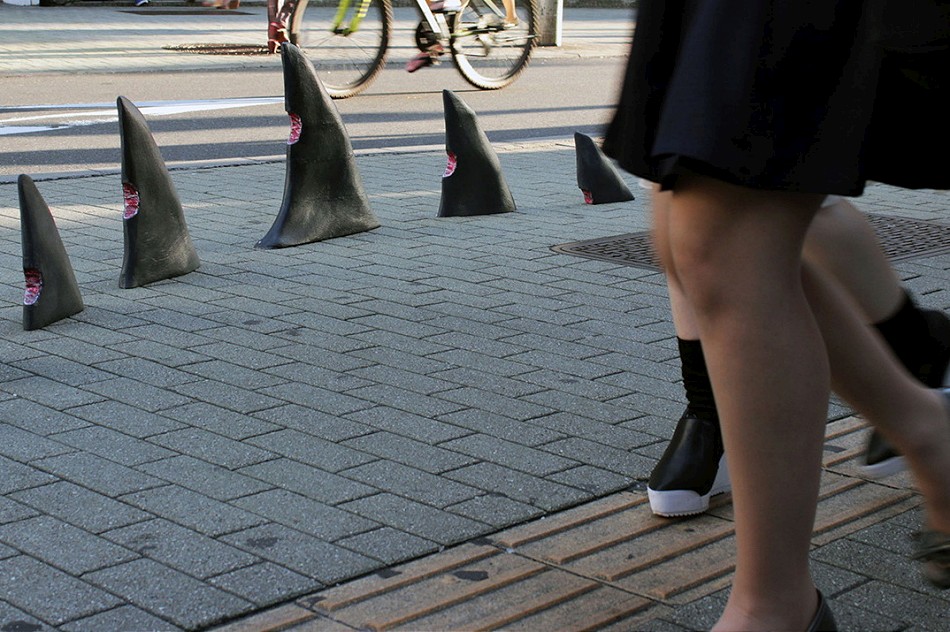 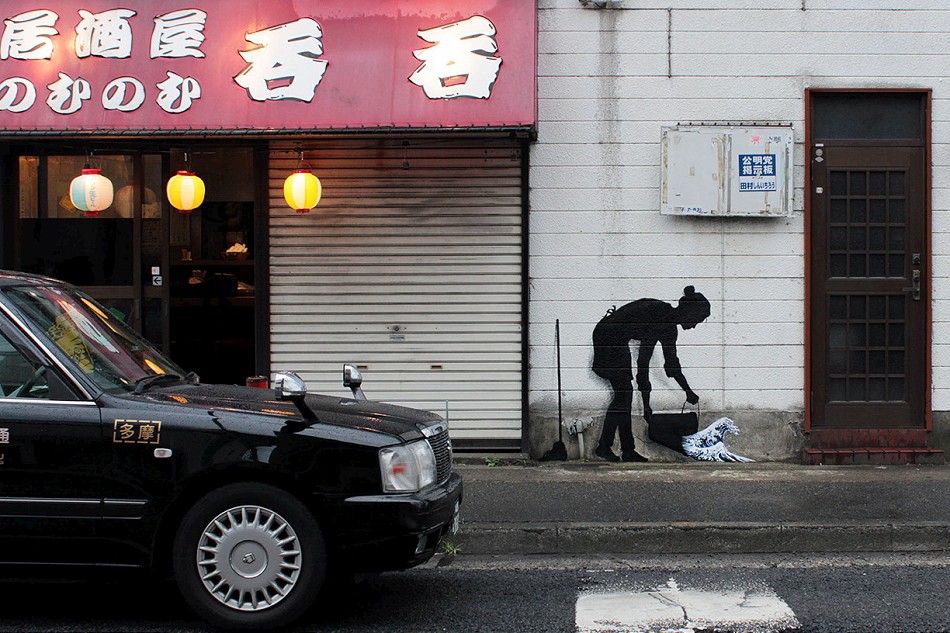 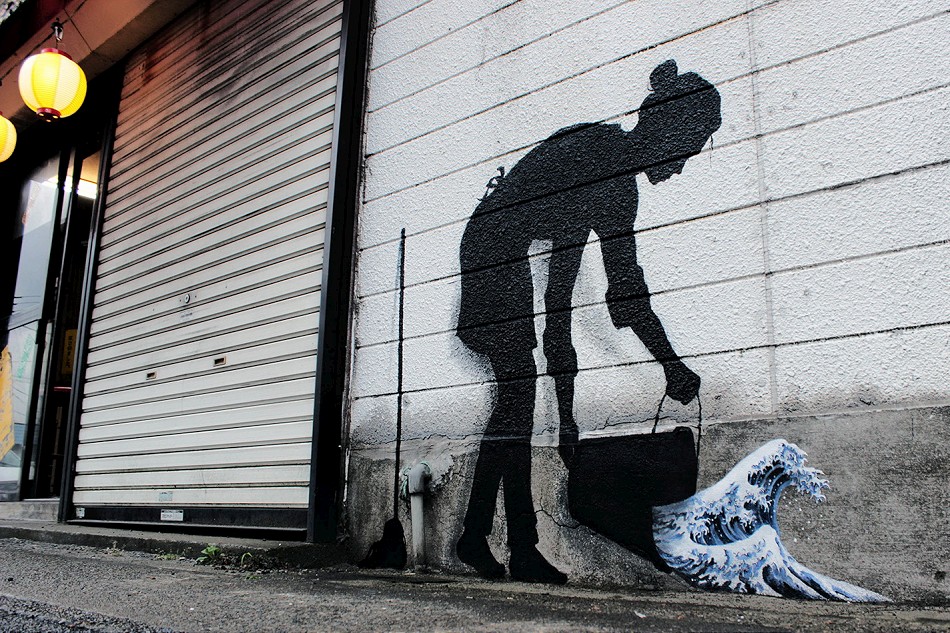