Sebas Velasco recently painted a new mural in the old town of Croatian harbor city of Rijeka. Blending his expressive painterly style with the aged building and its unusual architecture, he created a narrative dedicated to the workers of the city.

Invited in by the local Museum of Contemporary Art, the Spanish artist contributed to their ongoing program of creating public works in order to revitalize quiet and forgotten parts of the city. As a busy harbor and railroad intersection, Rijeka has always long been an industrial center point of the region. As such, it attracted people from the region and further, who created their homes and built the city’s identity as an unique “port of diversity.” With this in mind, Velasco painted a portrait of a local man he met on the first day, along with elements Rijeka’s recognizable industrial architecture. Located on a busy intersection in the city center, next to the river and railroad, it speaks about everything that the curators wanted to point out with this project. 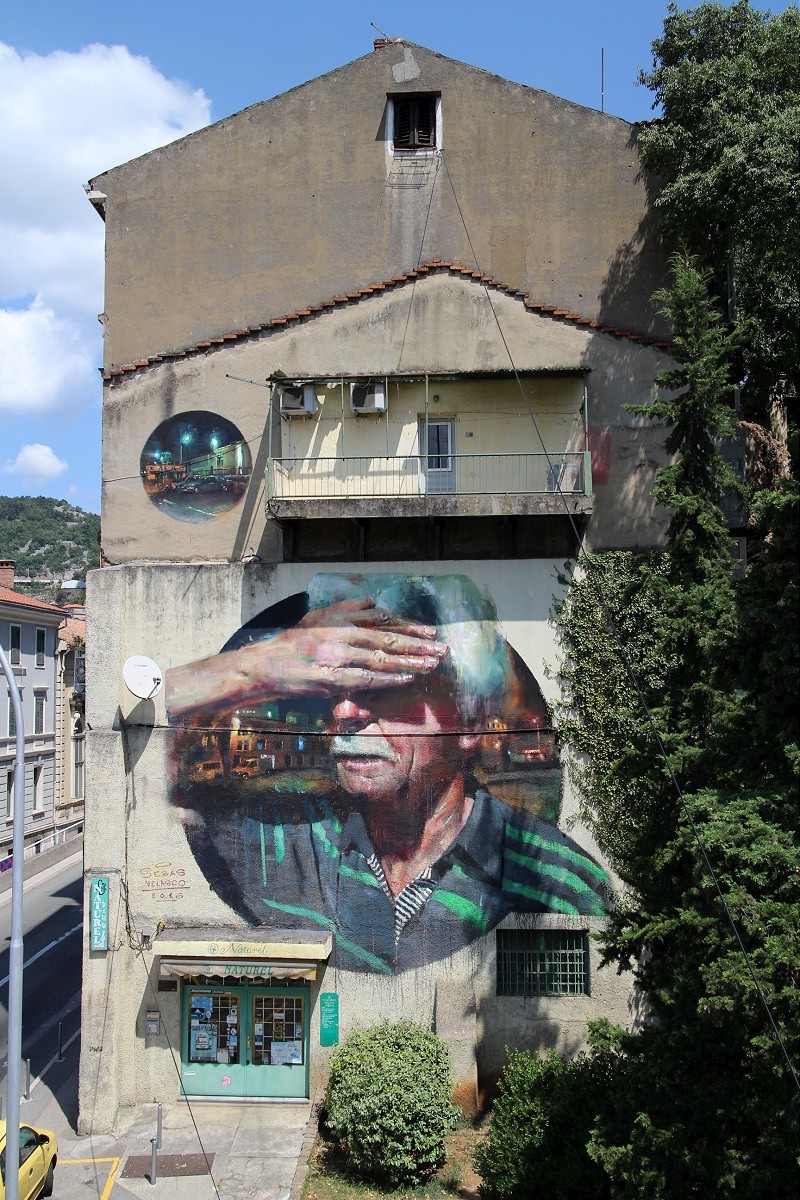 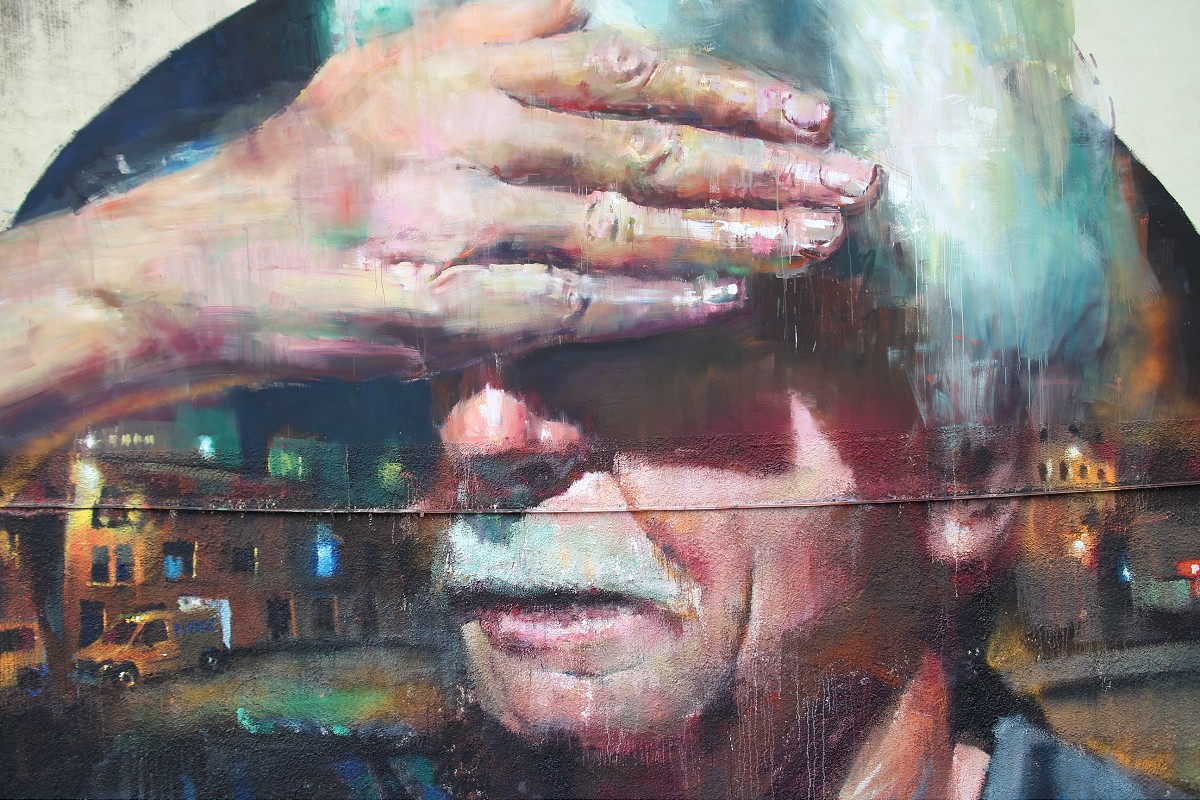 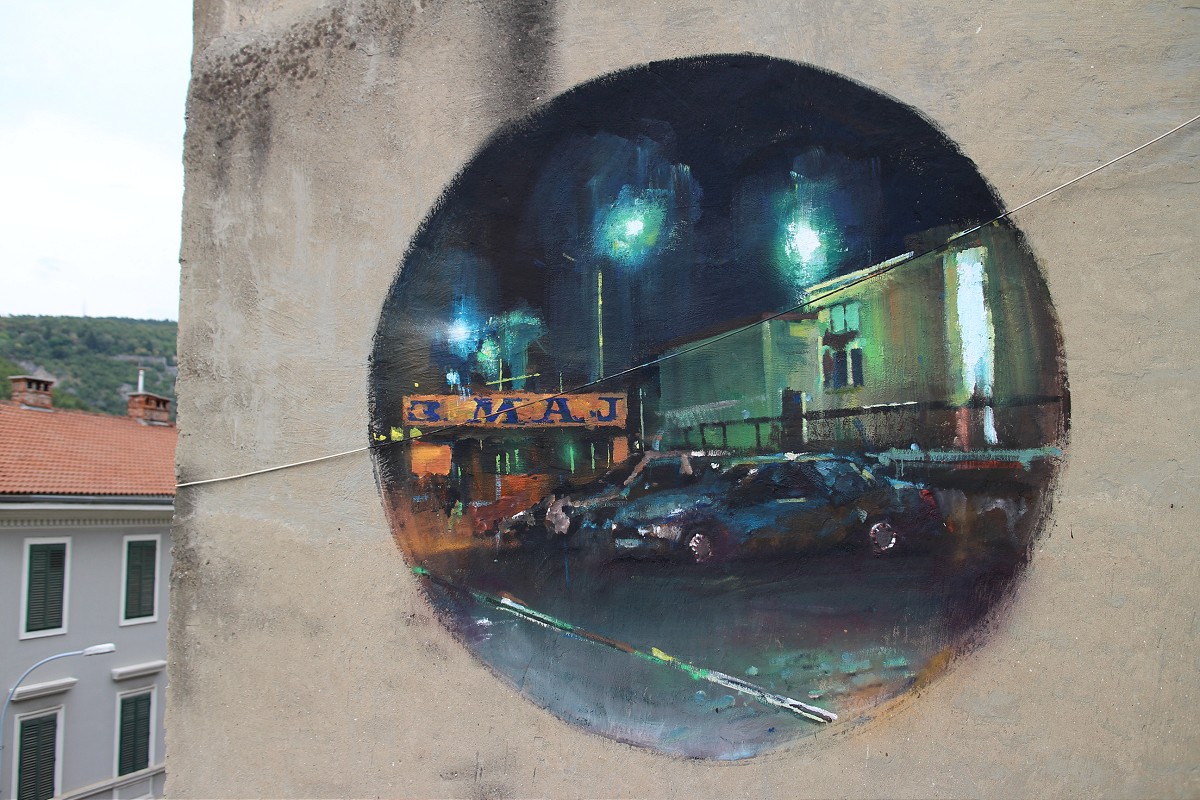 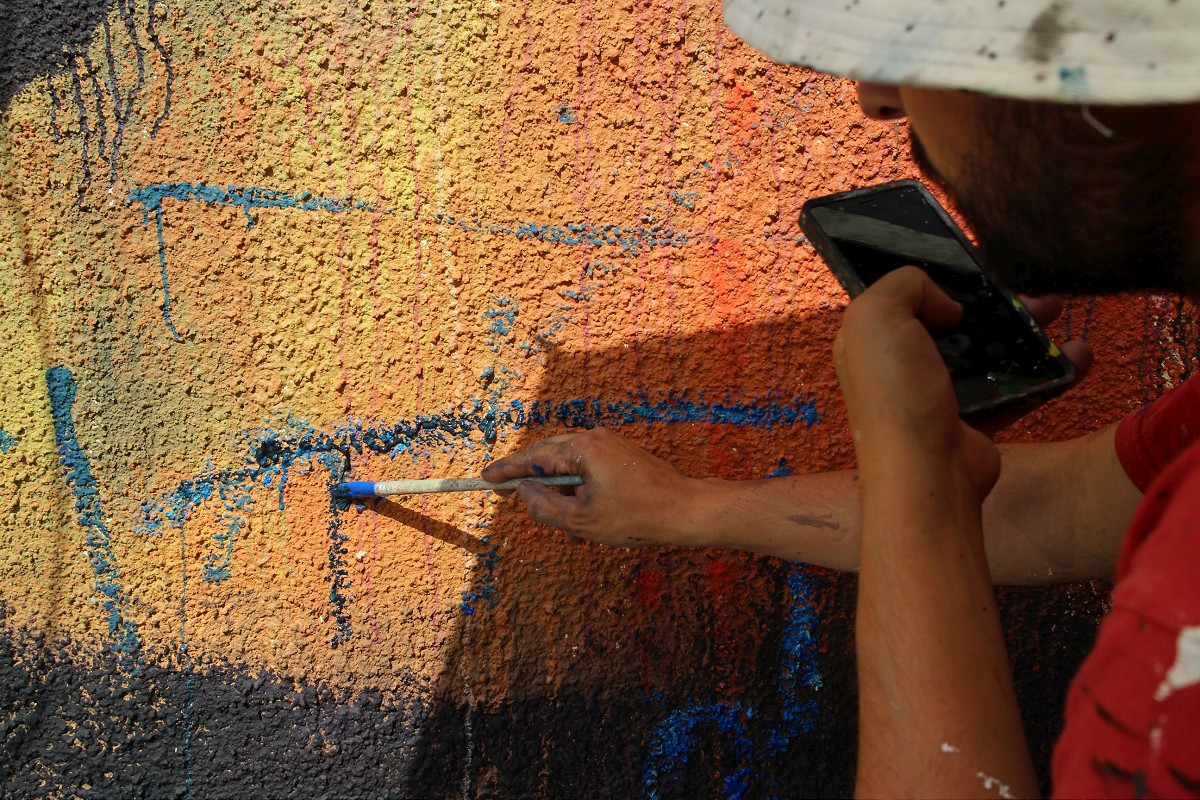 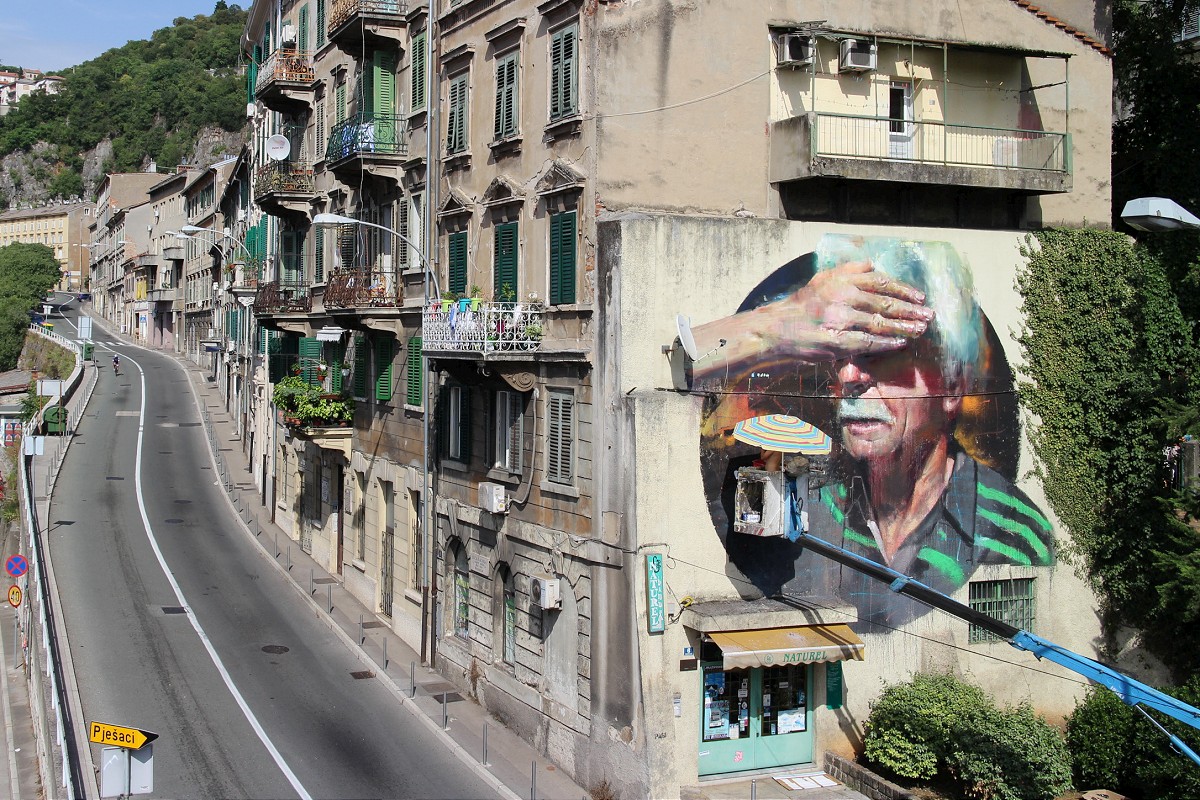 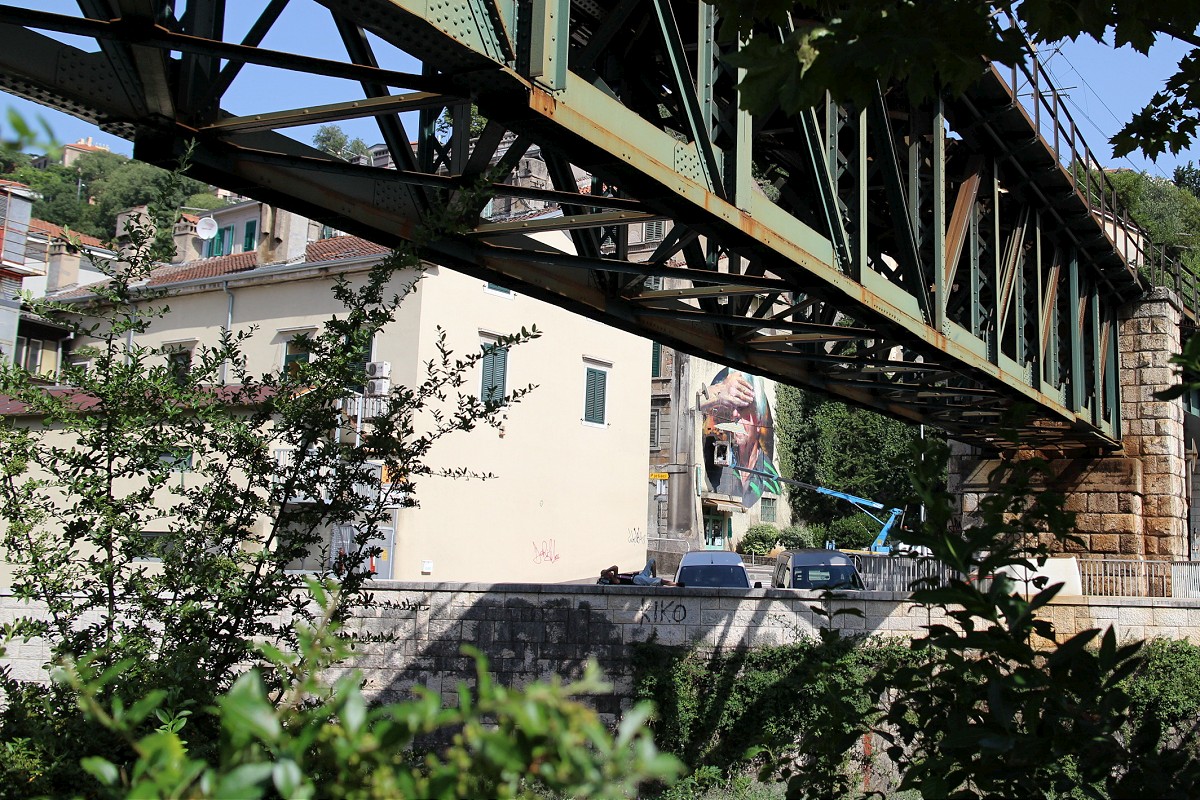 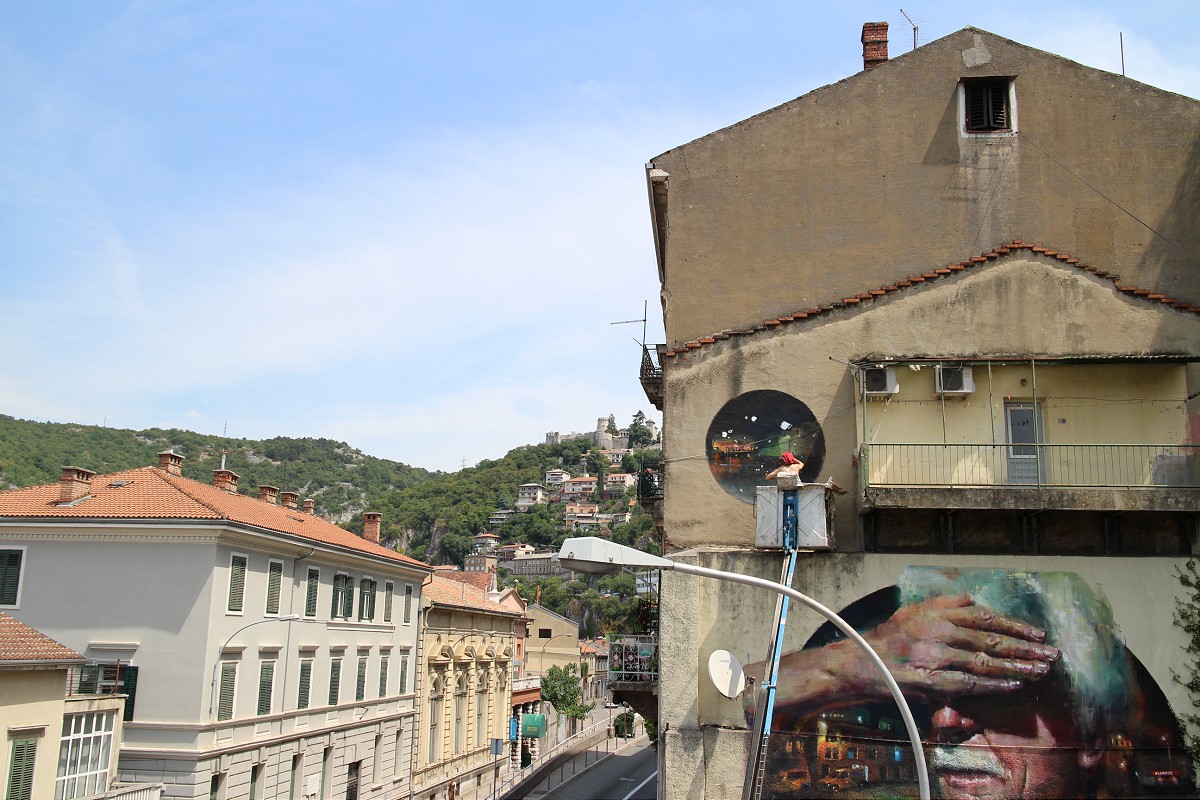 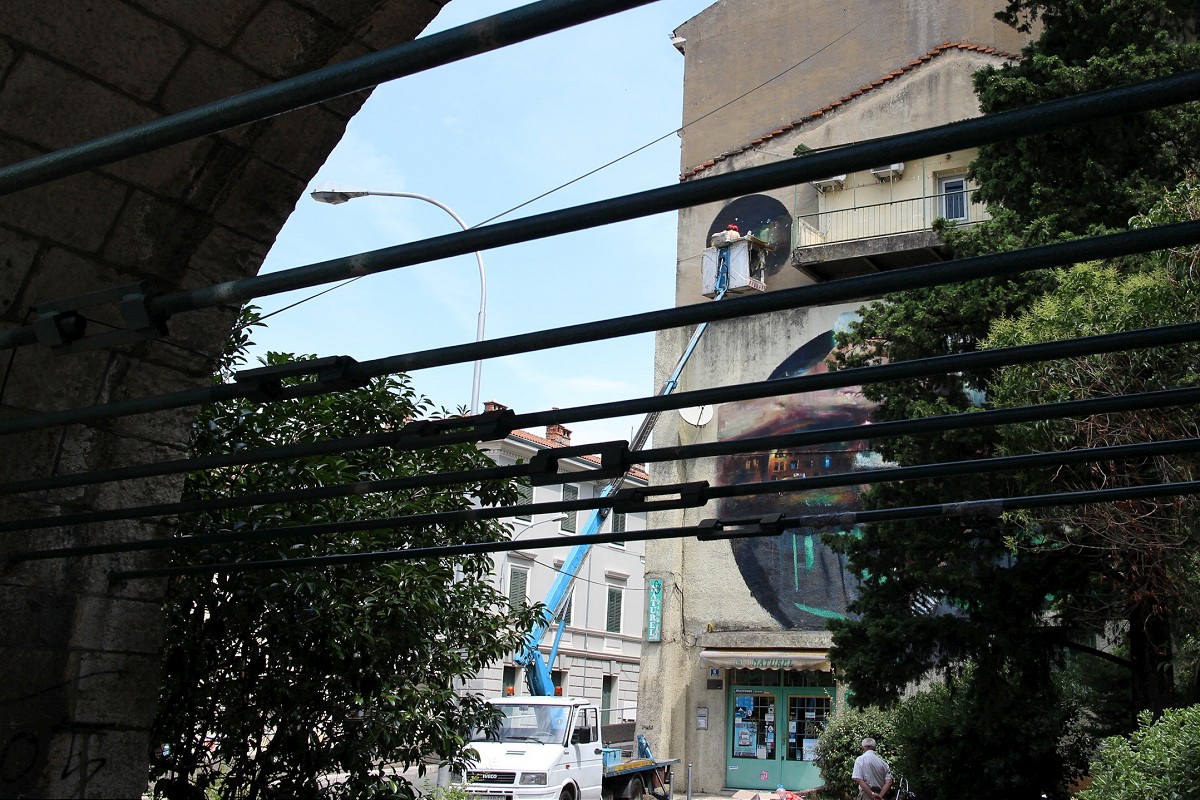