Galería Javier López & Fer Francés are starting their new exhibition season with a new show by Todd James entitled We Are One. For the American artist otherwise known as REAS, his third solo ever in Madrid will open on the 15th of September, exactly three years after his last exhibition there (covered), and six years since his first showing with the gallery (covered).

The exhibition includes a selection of acrylic works on canvas utilizing a bold and bright palette that explore current themes of protests, invasions, and bailouts through subtle irony. Both the subjects of the new pieces, and the title of the show refer to the current state of humanity that is holding itself together in a world that seems to be falling apart. The contrast of these bright, exuberant images against their dark and sad subject matter, creates an edge that James’ work has always been known for. His idea behind these works is that “in the midst of darkness, there is always a light (or a lightness of being) to be found.” Flat, and outline-free, his paintings evoke the aesthetics of Matisse’s playful collages, while depicting some of the darkest moments of human history. Using the opportunity fully to show in gallery’s immense space, the NYC-based artist painted several large canvases measuring over 2m, part of a body of work that will stay on view through November 2nd. 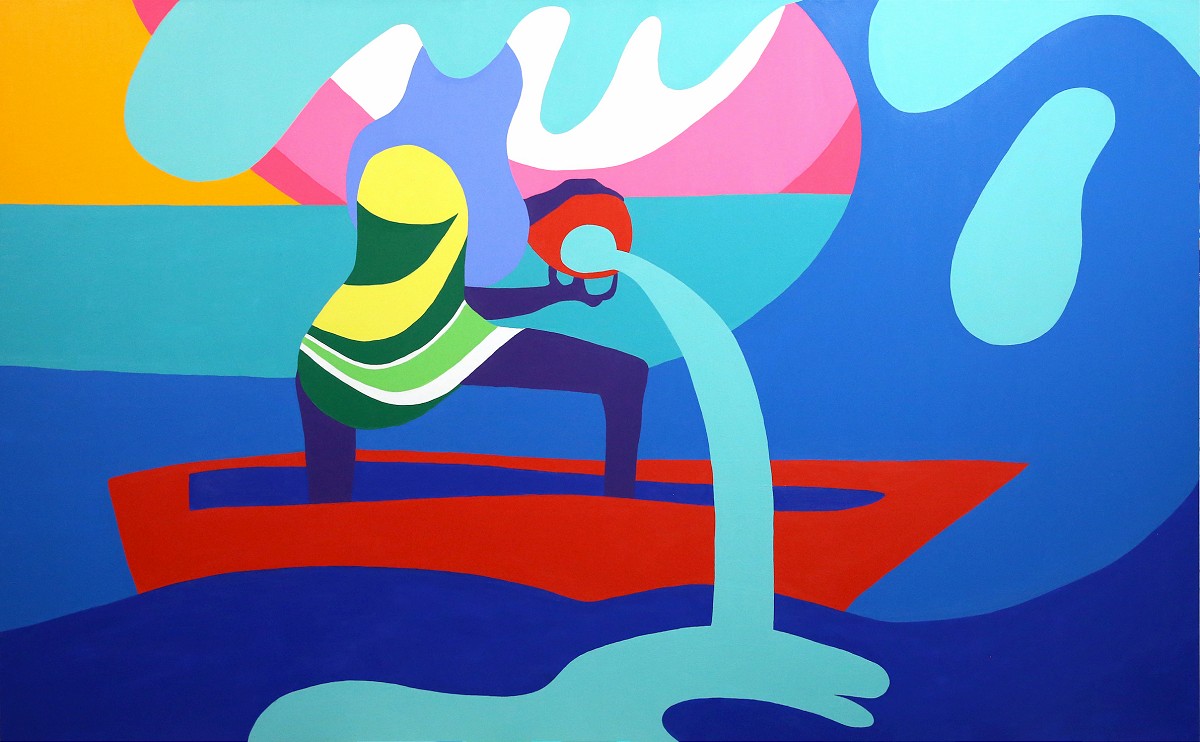 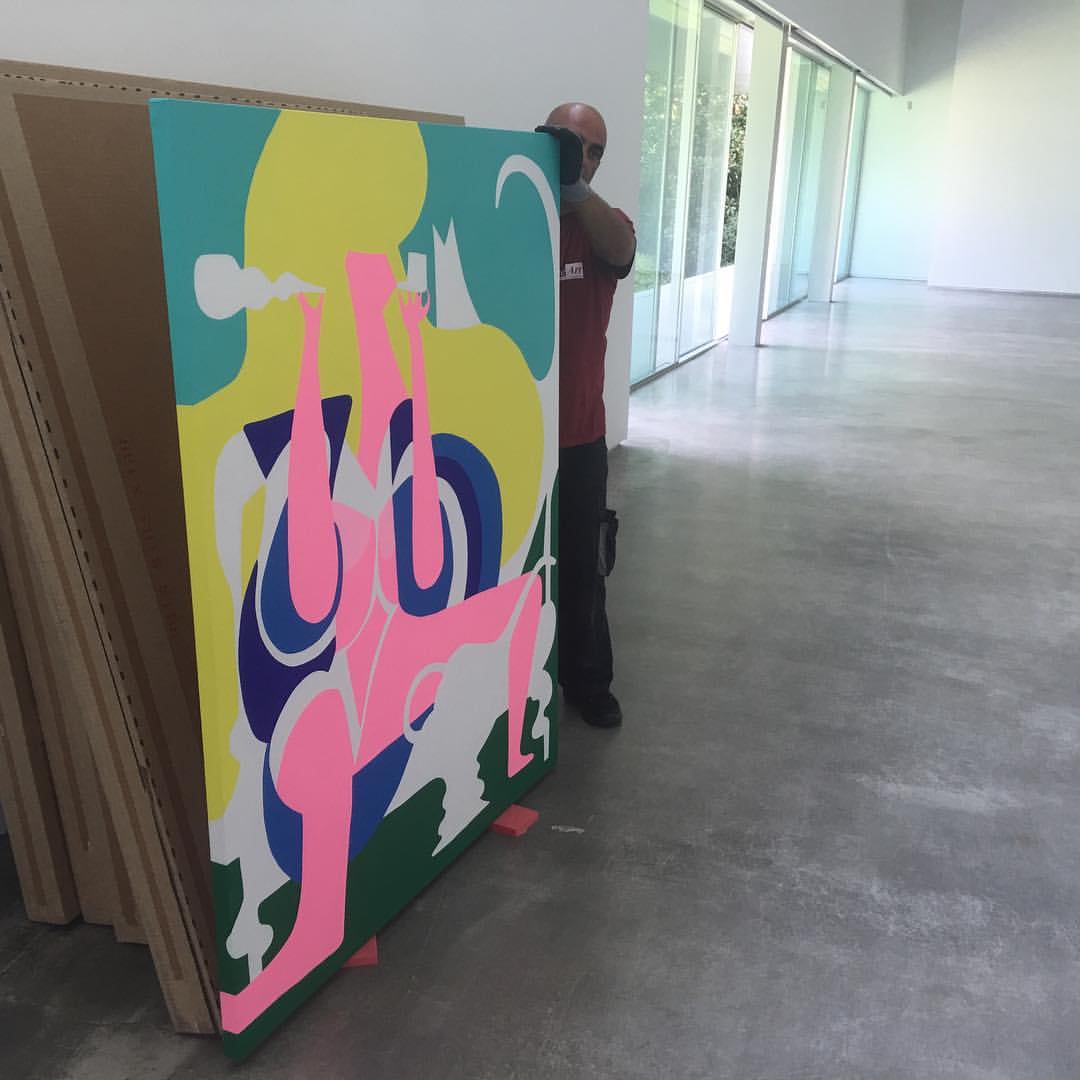