Only six years since his graduation with a BFA in painting from RISD and five years since debut solo show in LA, Zio Ziegler has established himself as an important figure in contemporary and urban art world. Whether through his murals around San Francisco,  Tokyo, Los Angeles, London or Milan, or through paintings shown in galleries and fairs worldwide, he’s been steadily paving his way with prodigious dedication and unmistakable intricately patterned visual language.

We recently talked with him about what he is working on these days and what stage his artistic evolution is at, and found out that his ideas and views on his work are just as elaborate and layered as his art. Influenced by everything from graffiti, late medieval painting to aboriginal, African and naive art, his main focus lately has been on depicting the universal figure. Hyper-prolific and continuously working in an improvisational manner, the San Francisco-based artist keeps revising his aesthetics. By following emotions and layering similar motifs and themes, he organically flows from one period or body of work to another, constantly developing and incorporating new visual tools and elements.

Sometimes, he works on tight and controlled works for few weeks, building up the pressure in order to let loose into a wild and figurative painting. That piece then becomes the product of all of that tension and would be impossible to create without the previous experience. And such experiments can be noticed in his work – sometimes monochrome, sometimes vibrant and colorful, using clean lines or very expressive brush strokes, they are all variations within artist’s rich comfort zone. Finally, Ziegler says that his paintings are complete only when the viewers use their native intuition to project their own experience into the piece.

Organic and intentionally primitive, the works have become his universal vehicle for solving the mysteries of human behavior in the microcosm of his life. With his newer work, he is further focused on the fusion of the dream state and real life as well as the connection between reason and emotion. By mixing images of real people with his signature archetypal characters, he crosses the realities and merges the narratives. In addition to this, he has been continuously playing with the idea of the actual line turning from a synthetic border into an organic depiction of the volume, which can be seen in some of the more recent pieces he’s been working on.

Ziegler is also simultaneously working on sculptures which he initially builds out of clay and then cast in bronze. He is currently busy with a series of 18 foot bronze statues that will be installed in a different cities around the world as well as an upcoming show in Sun Valley, Idaho, but he will soon be back on the cherry picker creating new murals worldwide. Aside from that, he is aiming to tone down and primarily focus on his studio practice in the next two years, continuing his outstandingly plentiful artistic output. 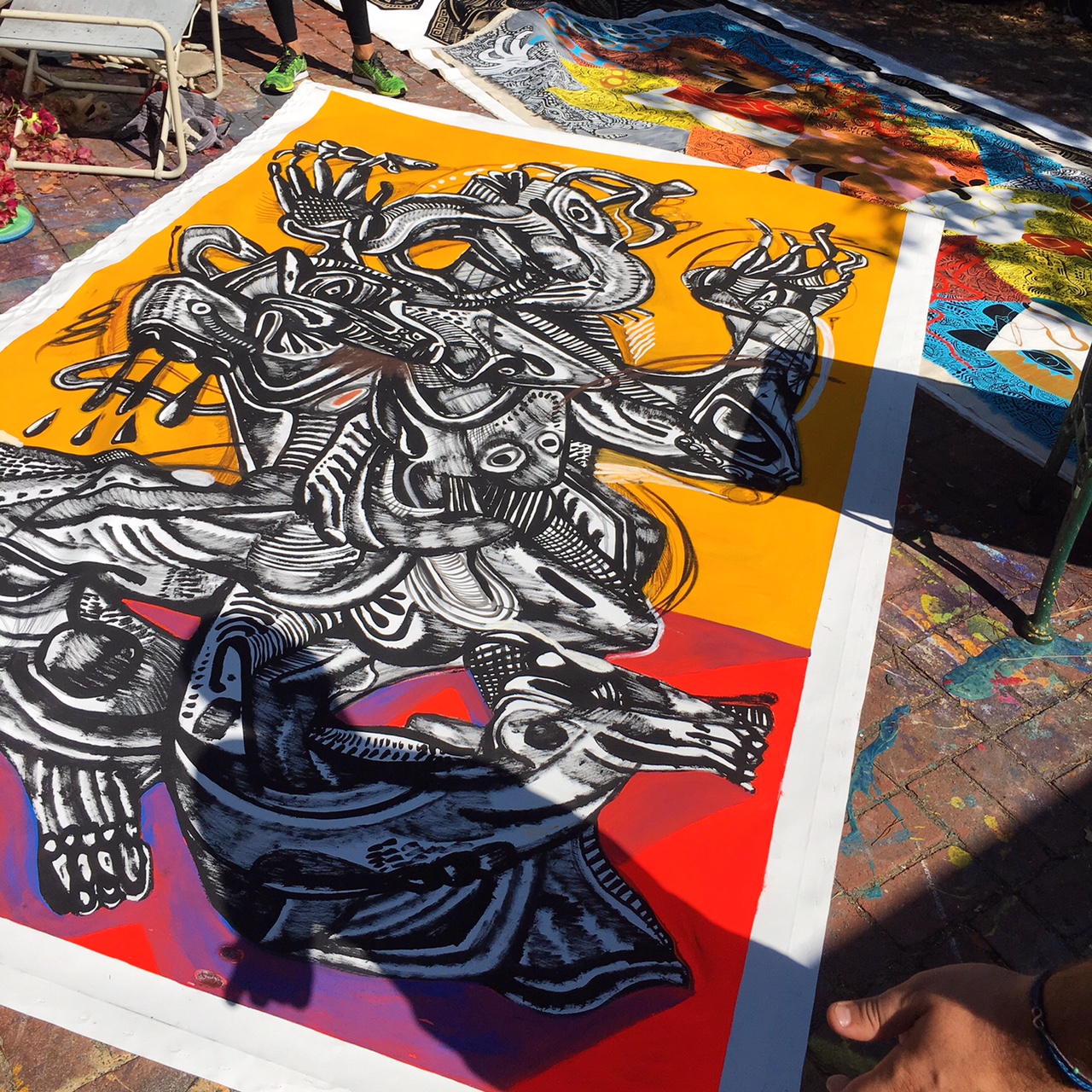 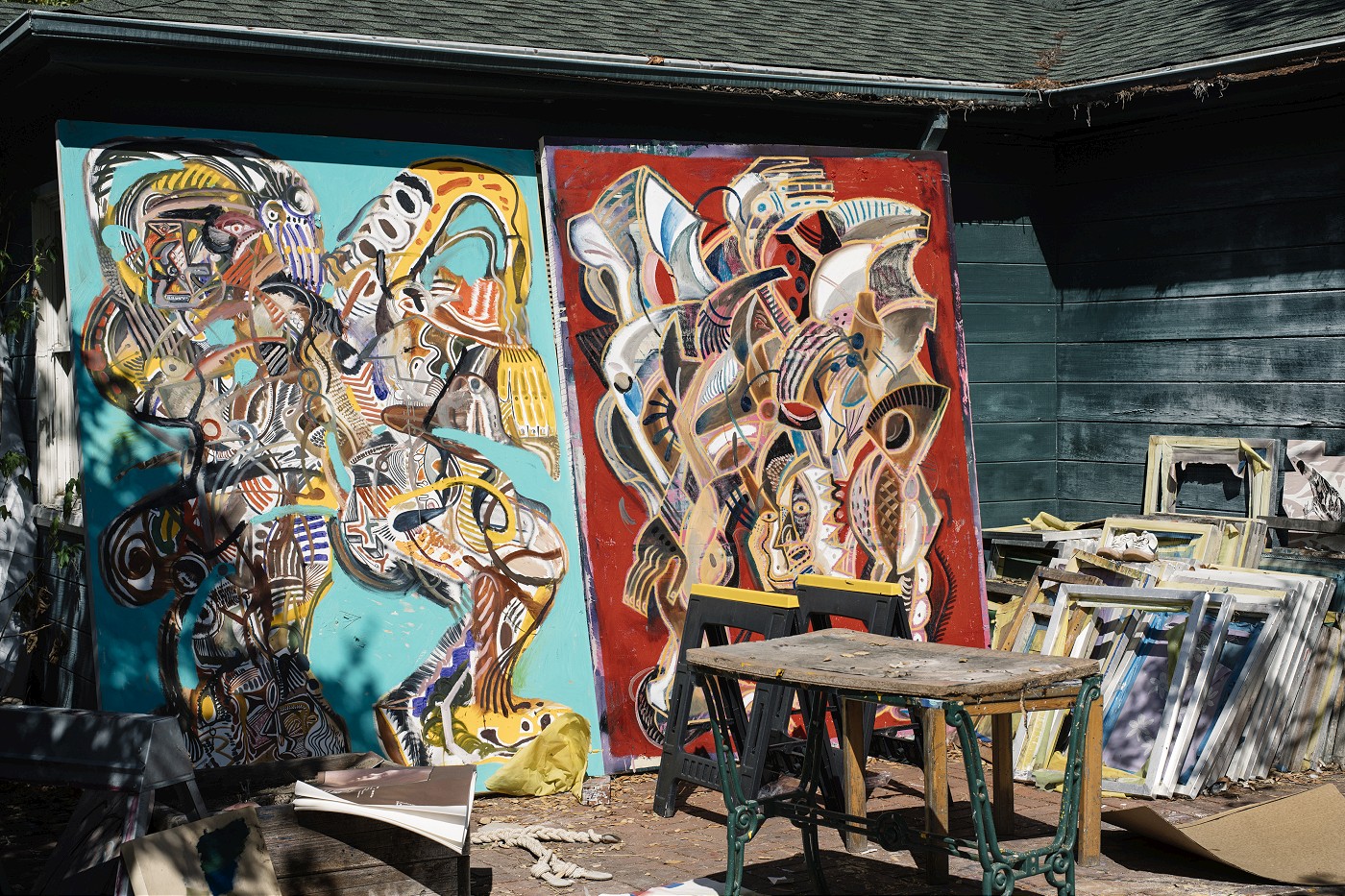 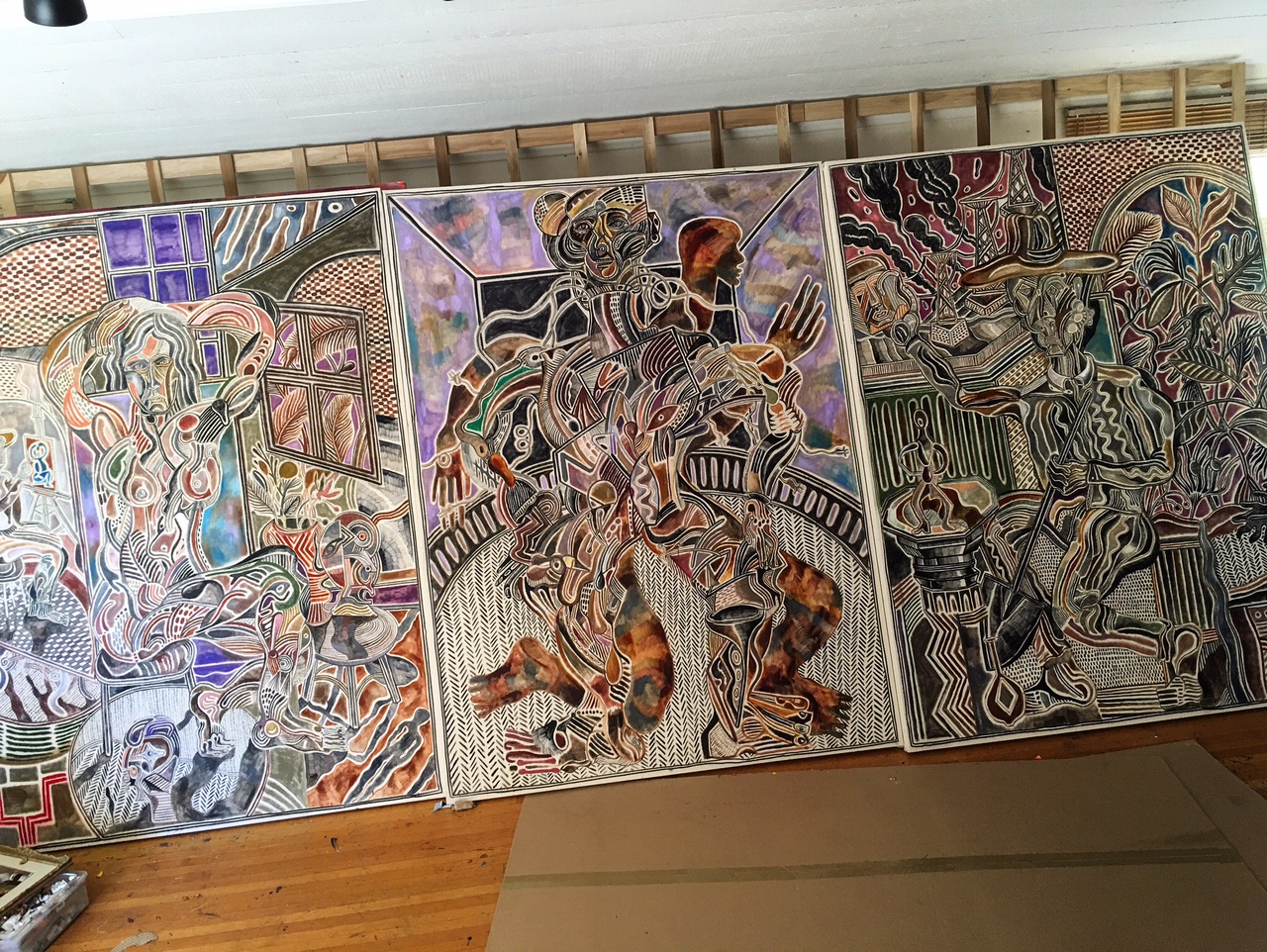 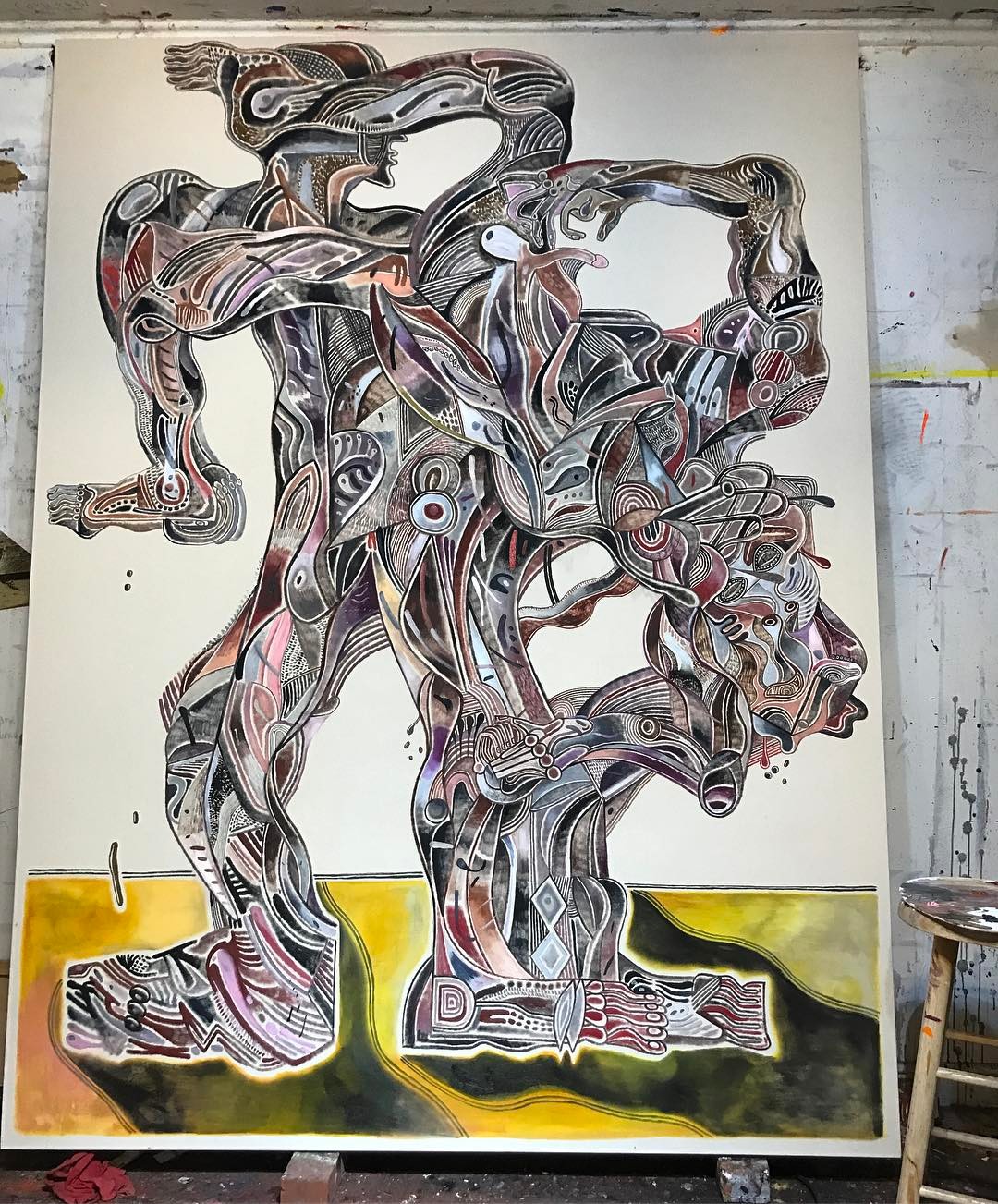 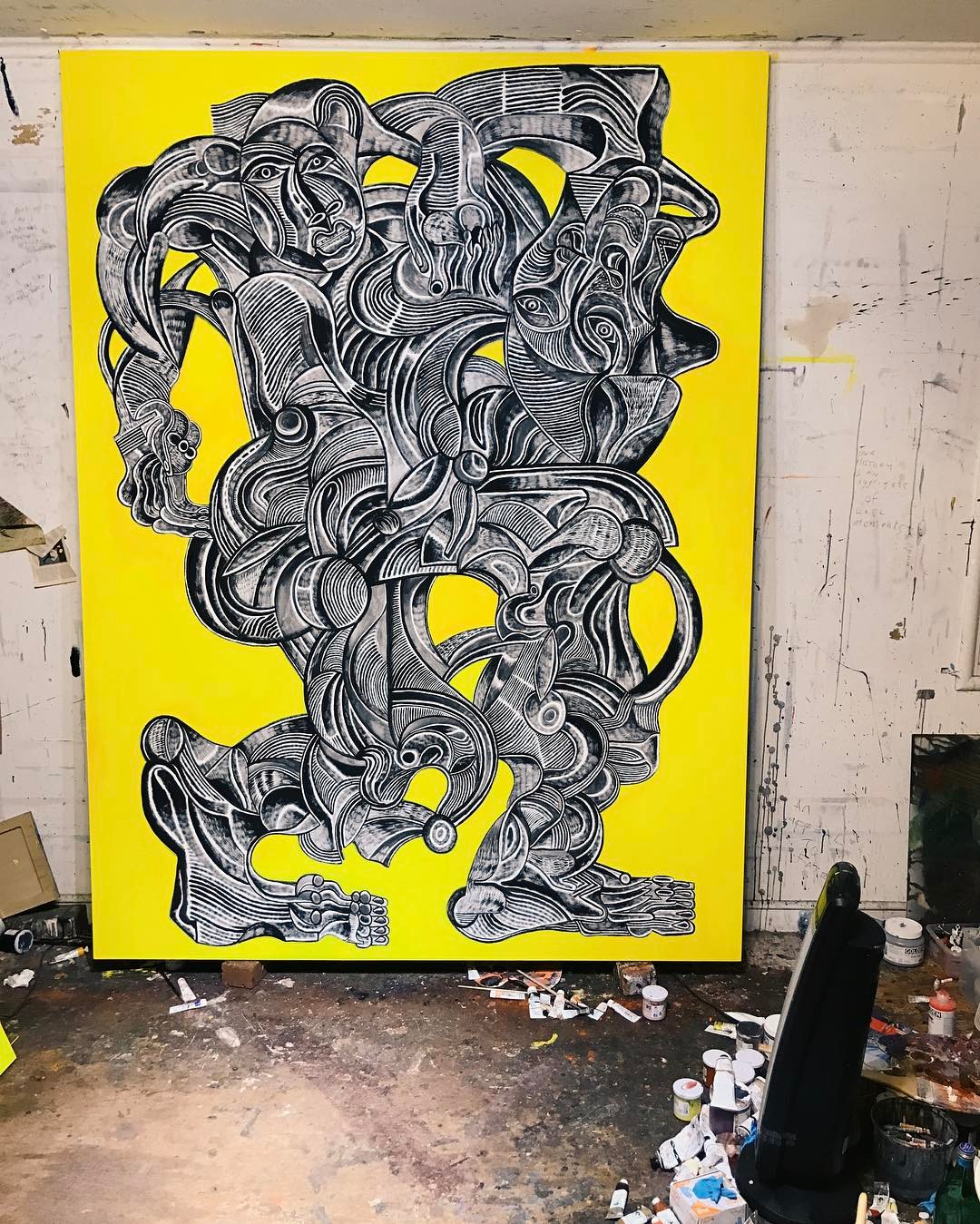 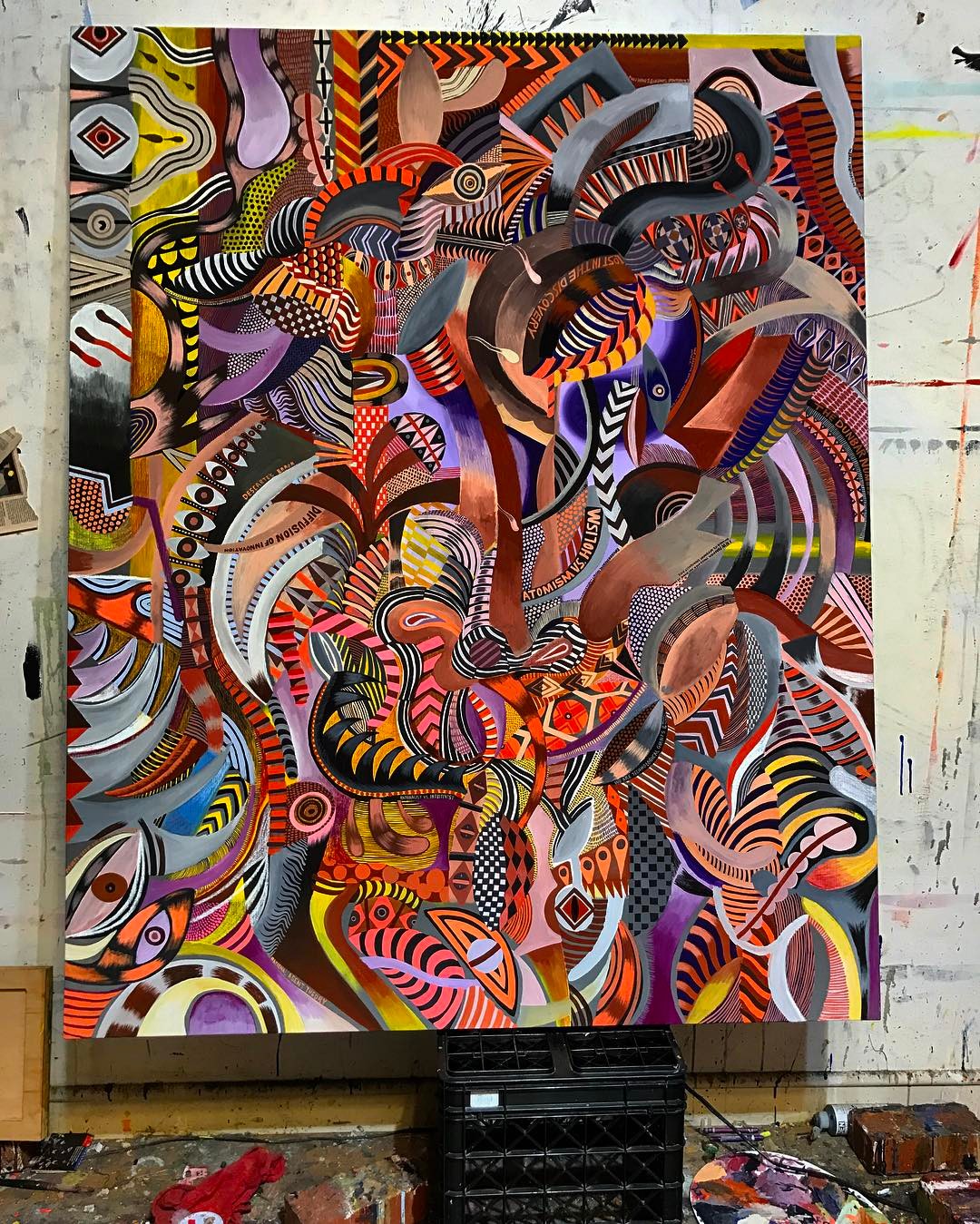 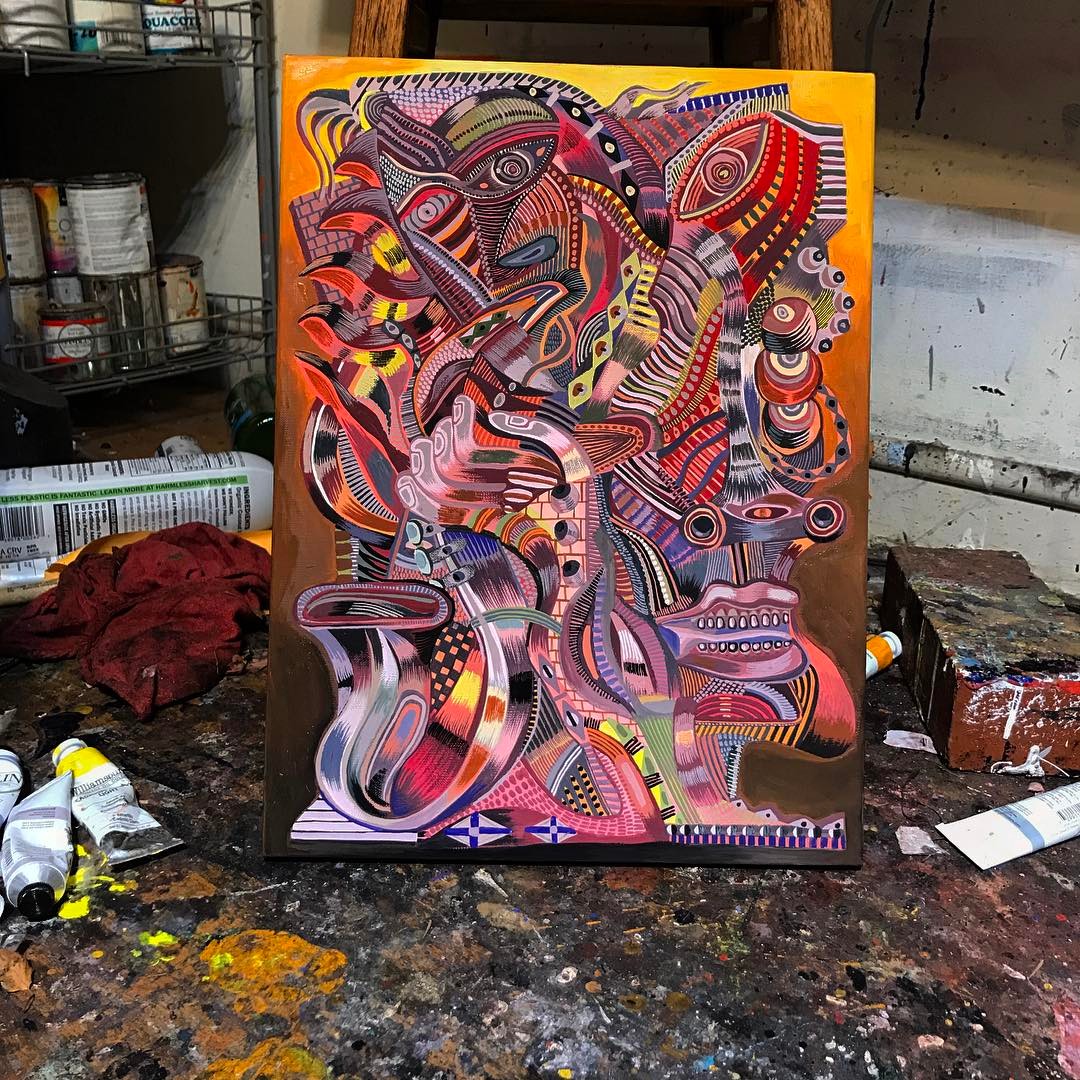 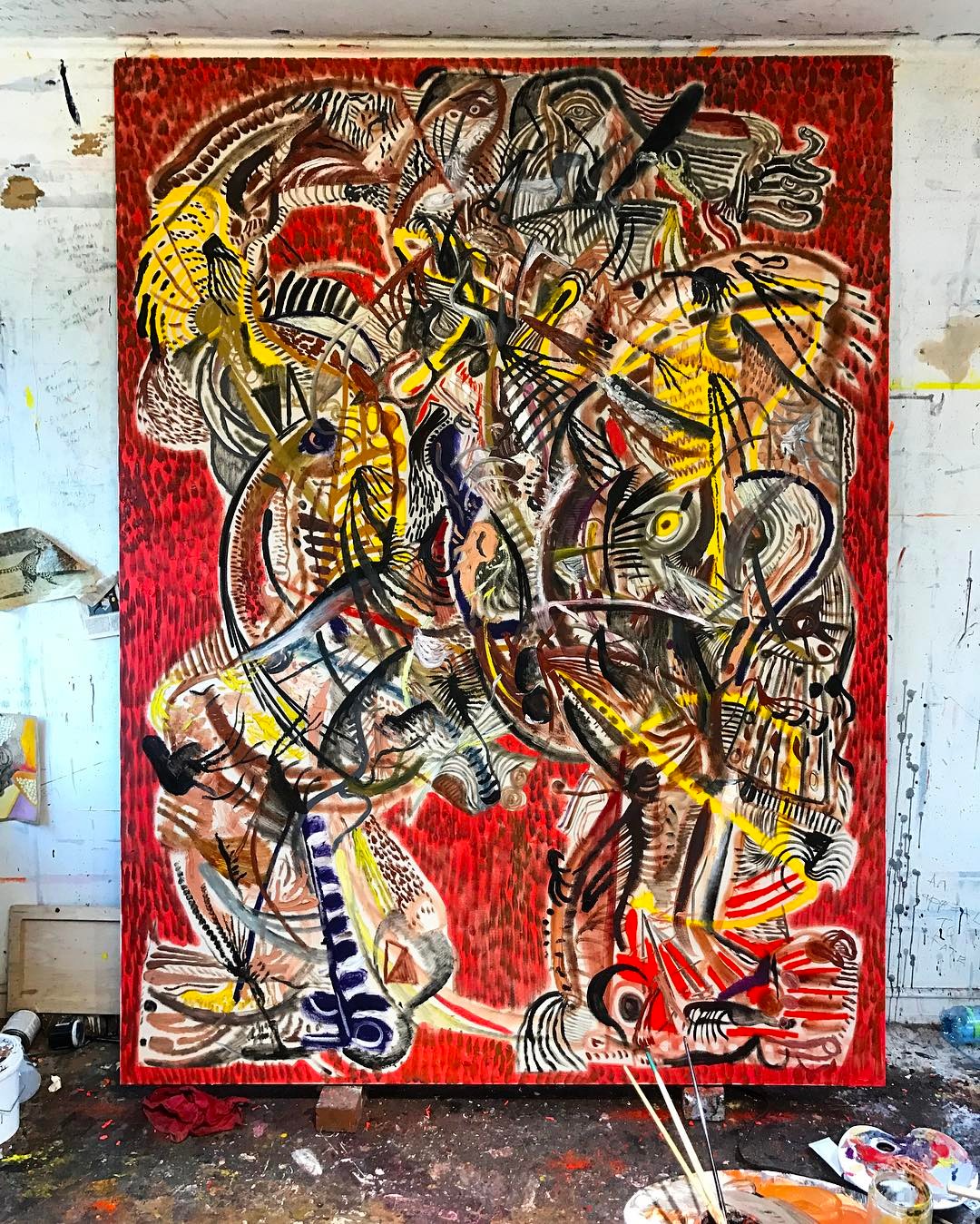