Street artist Brusk from the Da Mental Vaporz crew has returned to Paris for a exhibition entitled In Memoriam at Galerie Laurent Strouk that runs until July 15th, his second solo show (see Ad Vitam Eternam coverage here) in Paris. As you will see, the front sign ‘Matignon’ has been cheekily stroked through with black spray paint while highlighting the letters ART in the Gallery name.

Combining a Fine Arts background with more than twenty years of graffiti, Brusk’s gestural painting is instantly recognizable. The French artist creates questions, variations, wanderings through a poetic fantasy, mastering his signature  multicoloured dripping effects to create an abstract-figurative lyrical mix where all the misery of the world is transformed by the force and tension of bodies and forms. The drippings no longer define a style effect but rather a technique in its own right, and Brusk successfully tames it to create movement, relief, lightness and fluidity. More recently, he has started experimenting with volume and created two impressive sculptures – installations for the exhibition – transferring his vision into the three dimensional.

The themes touched upon in this new body or work resonate with the the idea of duality –  opposing love to death, urbanity to animals, the nobility of creation to the triviality of news. References to his graffiti roots appear in numerous artworks from the high speed train ‘TG Vaporz’ to a ‘Hors les Murs’ ripped building. Often tainted with a touch of humour, the artworks sometimes reveals a more acerbic and more committed criticism. Brusk is also politically engaged and aims to raise awareness about societal issues such as global warming, pollution and the migrant crisis.

At the core of the exhibition, a series dedicated to refugees illustrates the often unfair fate of these populations in Europe. A sculpture represents a totem of refugees stacked on a paper boat, while poignant sound recordings  from migrants trying to cross the Mediterranean Sea play in the background (these were recorded by the SOS Mediterranee, an association rescuing migrants across the Mediterranean Sea). Because Brusk has been deeply affected by the current situation, part of the proceeds of the artworks in the ‘Salle des Refugies’ will go to support SOS Mediterranee. The artist endeavours to demonstrate that art can modify our view, play a political role, and trigger actions. 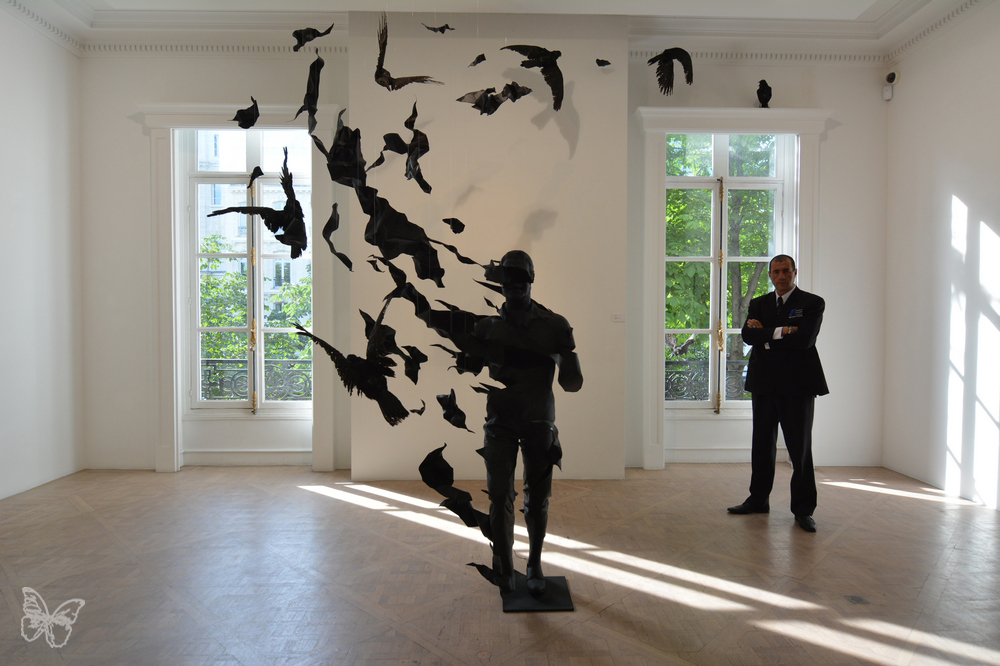 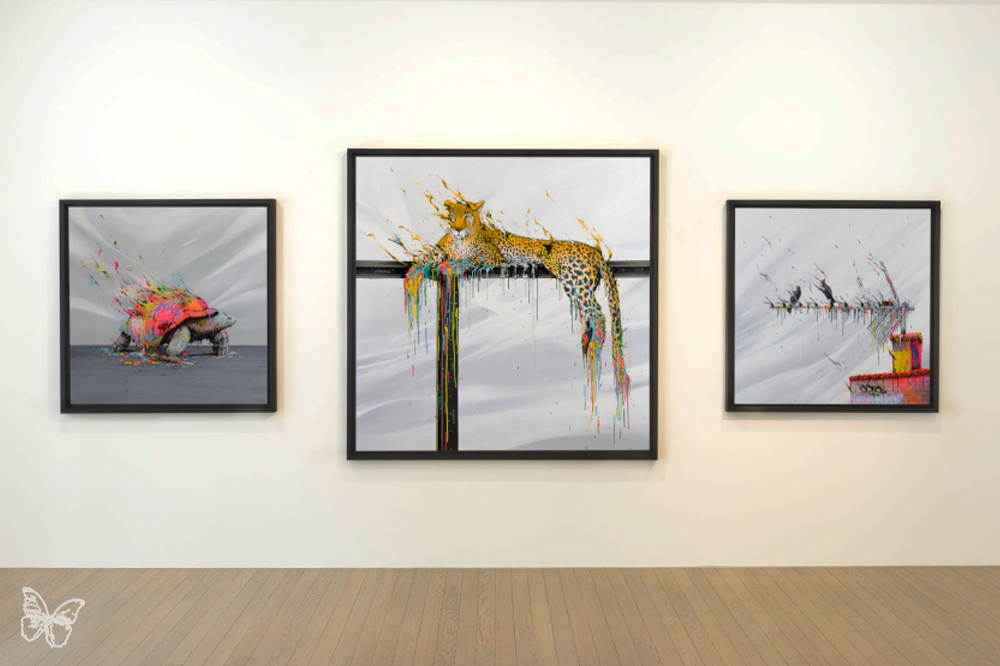 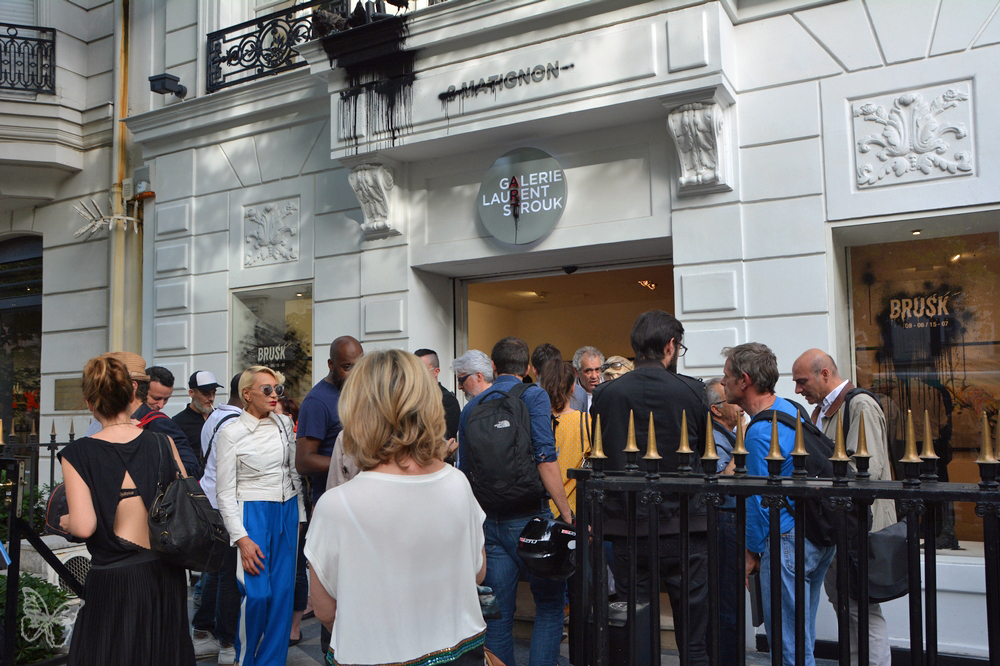 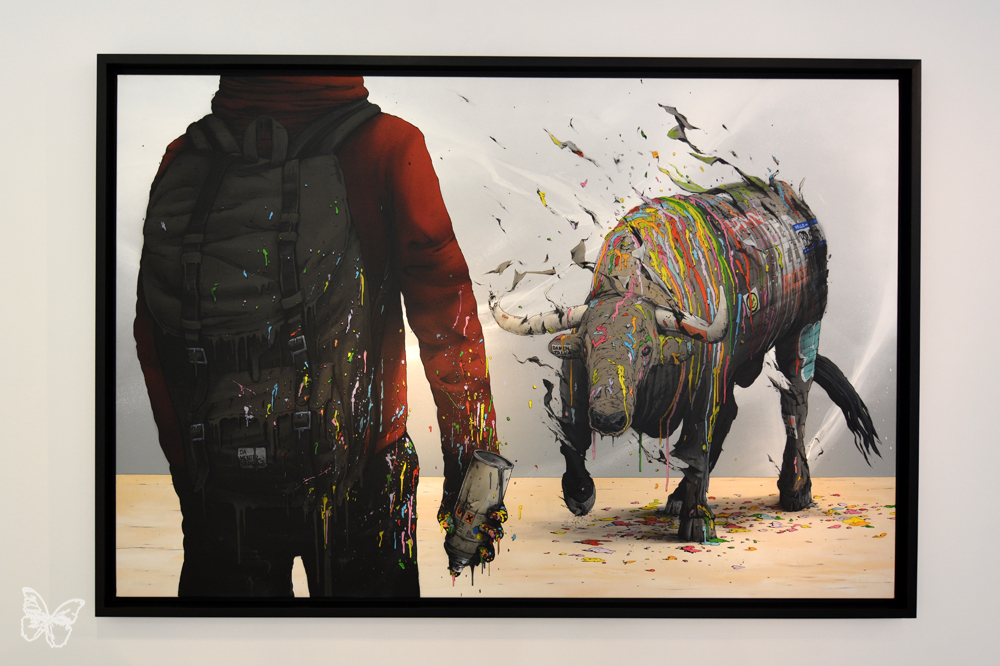 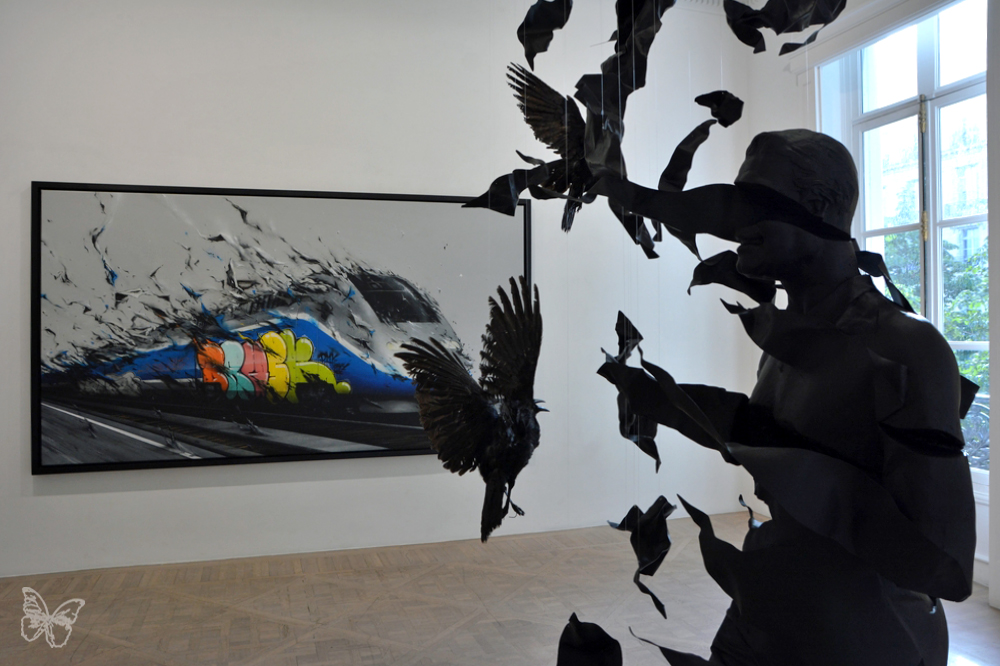 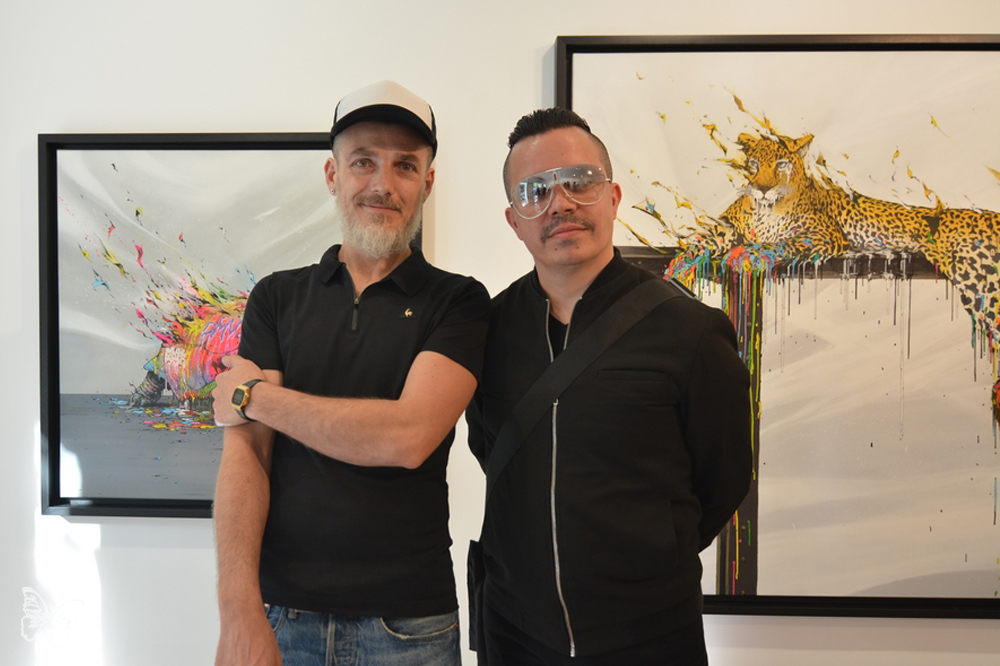 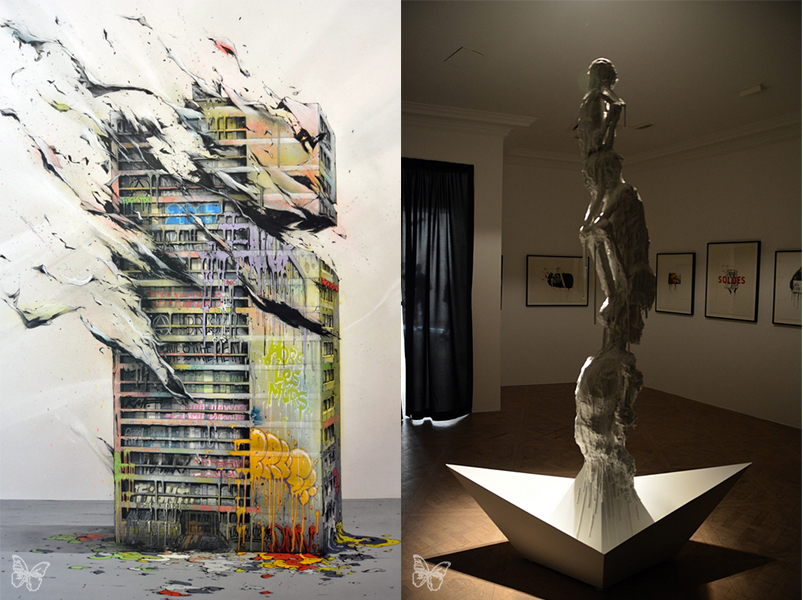 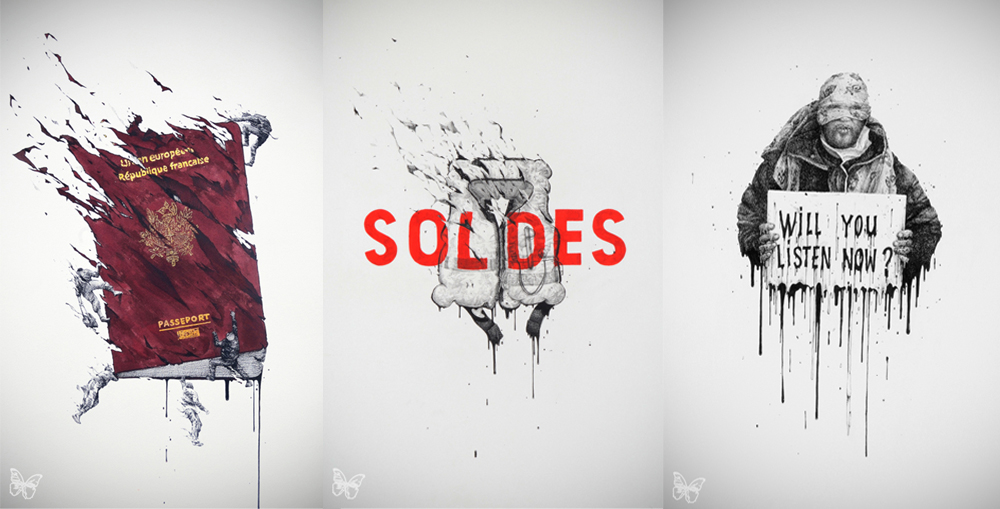