French art collective and graffiti crew, Da Mental Vaporz aka DMV recently opened their show on the 26th of May at BC Gallery. Along with creating two new murals together (covered), the crew members worked & collaborated on canvases & panels for the show entitled The Wall, as well as built a DMV version of the legendary Checkpoint Charlie inside the gallery space.

As much as the artists like creating huge murals on which each of them can show their style and vision, their work for the exhibition was built in a similar manner. With their wide range of influences, techniques and subjects, the idea was to create pieces on which both their individual and group strengths and creativity can be noticed. While significantly distinctive in their methods, imagery and practice, their works have an unmistakable visual appearance. By redirecting those differences as their strengths, they use those disparate elements to complement each other’s work and to create a larger, more elaborate image.

Their enormous mural next to the S-Bahn station Warschauerstraße, which has been created as the constitutive part of the endeavor, is a perfect example of such approach as well as the multi-panel fire extinguisher pieces at the show. The collective that haven’t shown together for a while currently have on display all new works by Blo, Bom.K, Brusk, Gris1, Jaw, Kan, Lek and Sowat, with the installation & exhibition on view all the way until May 31st. 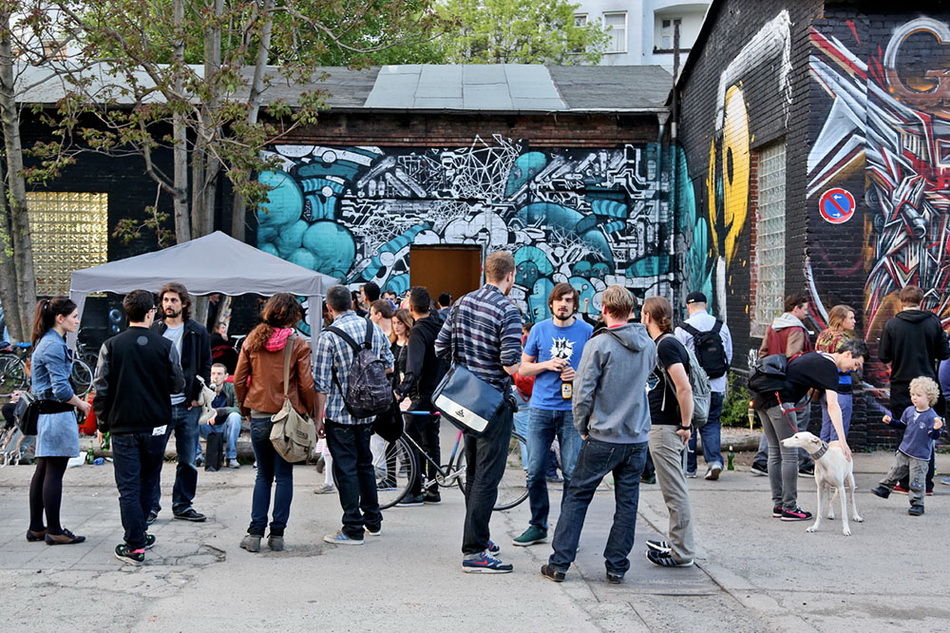 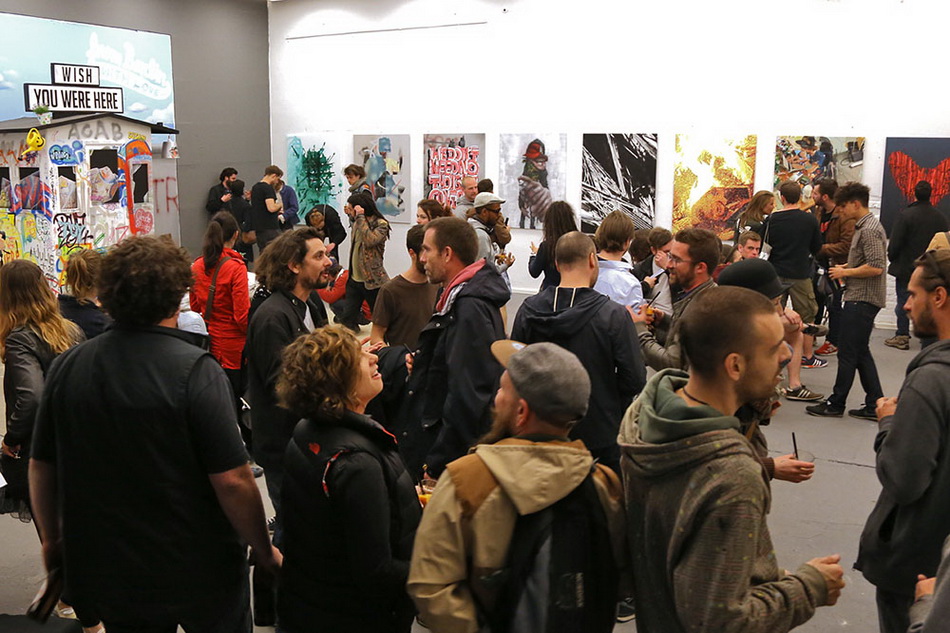 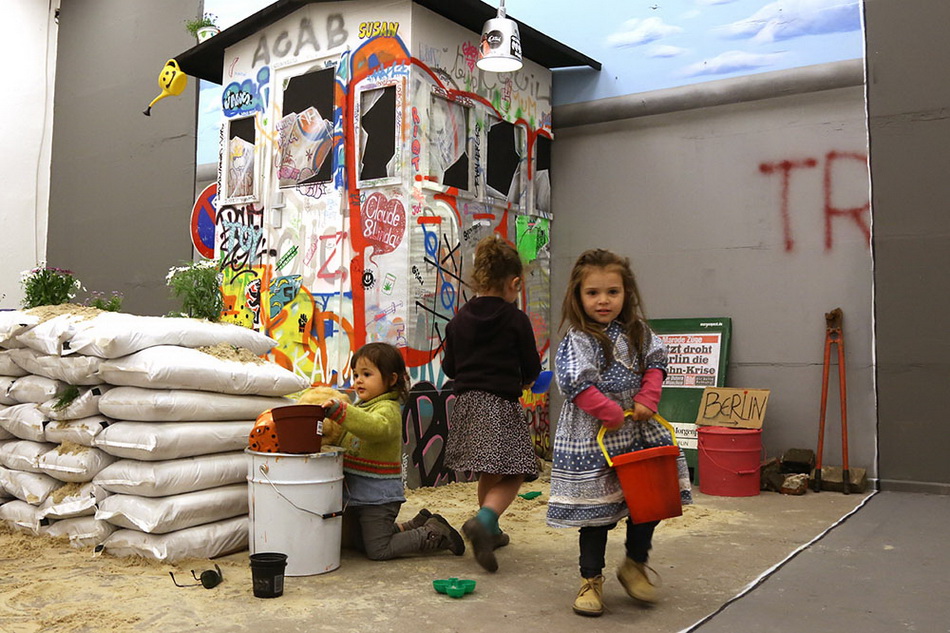 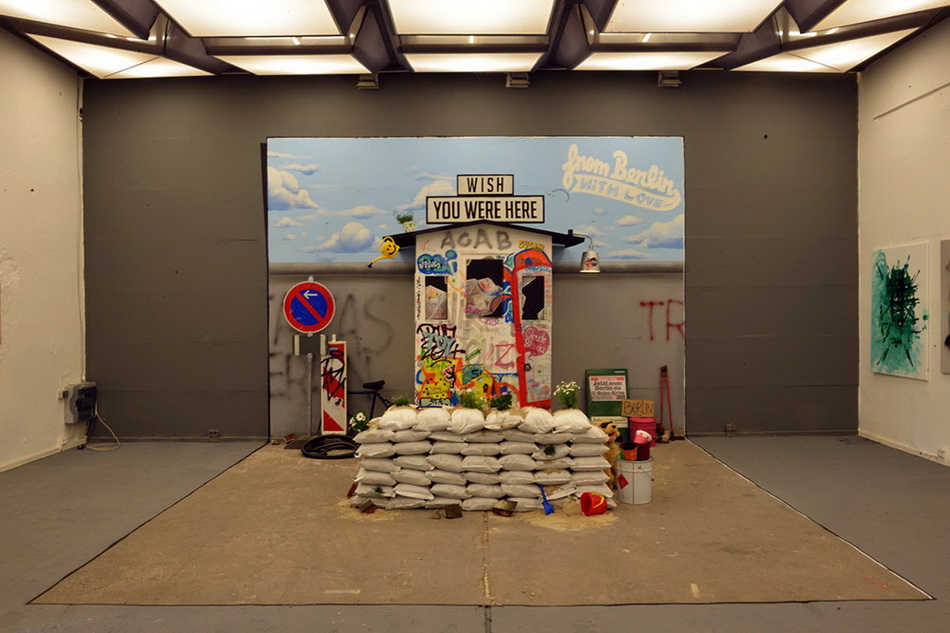 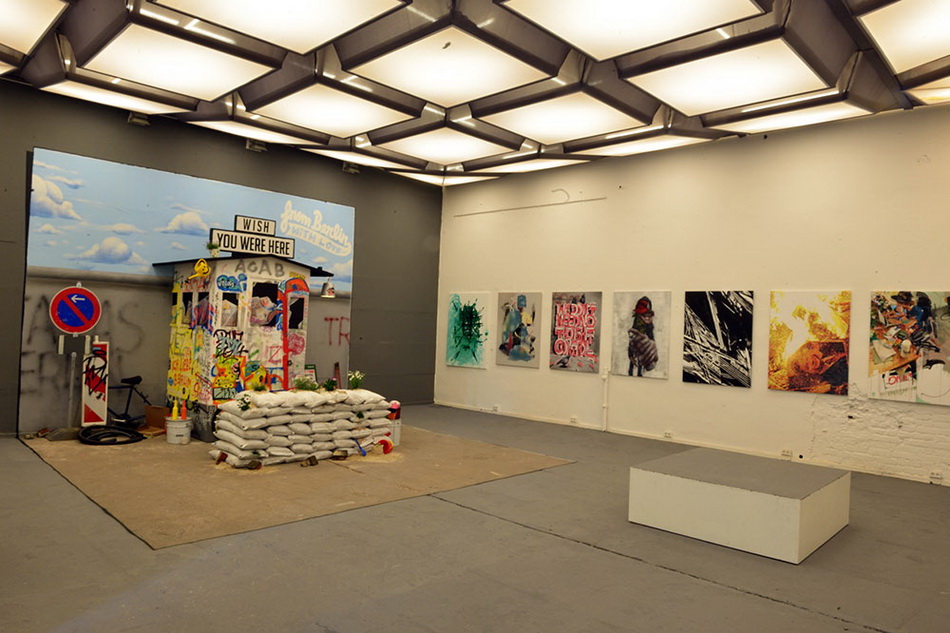 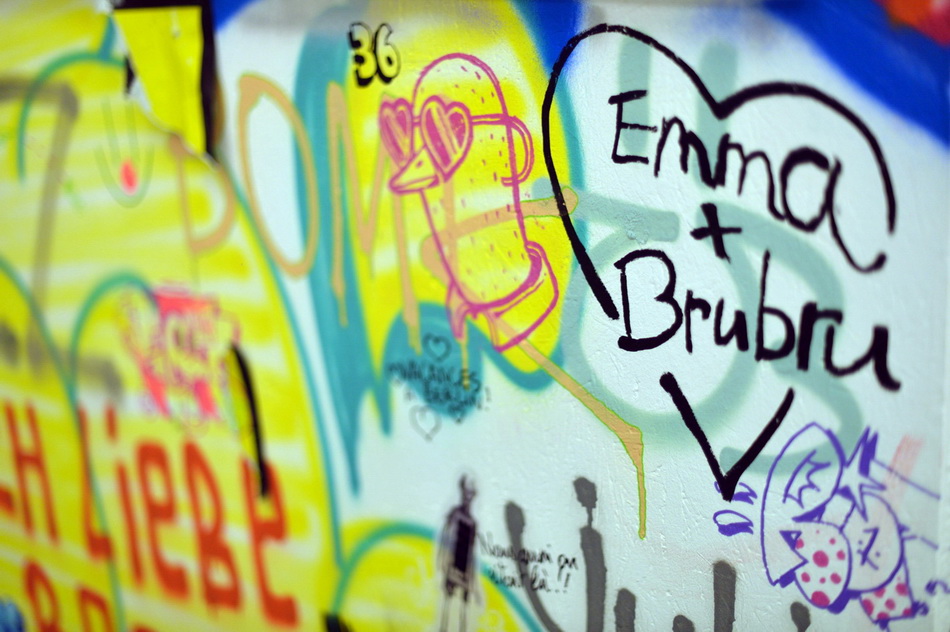 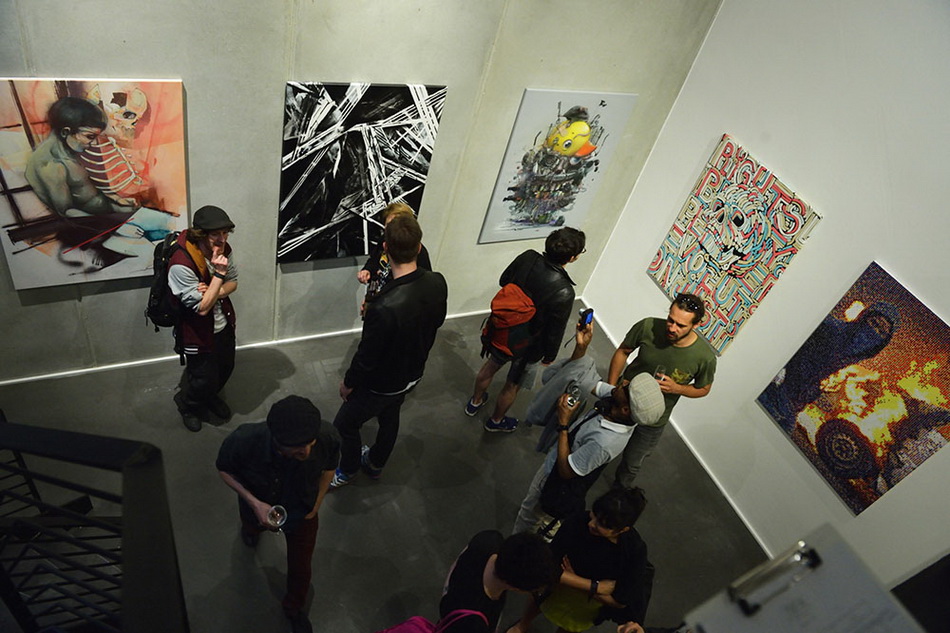 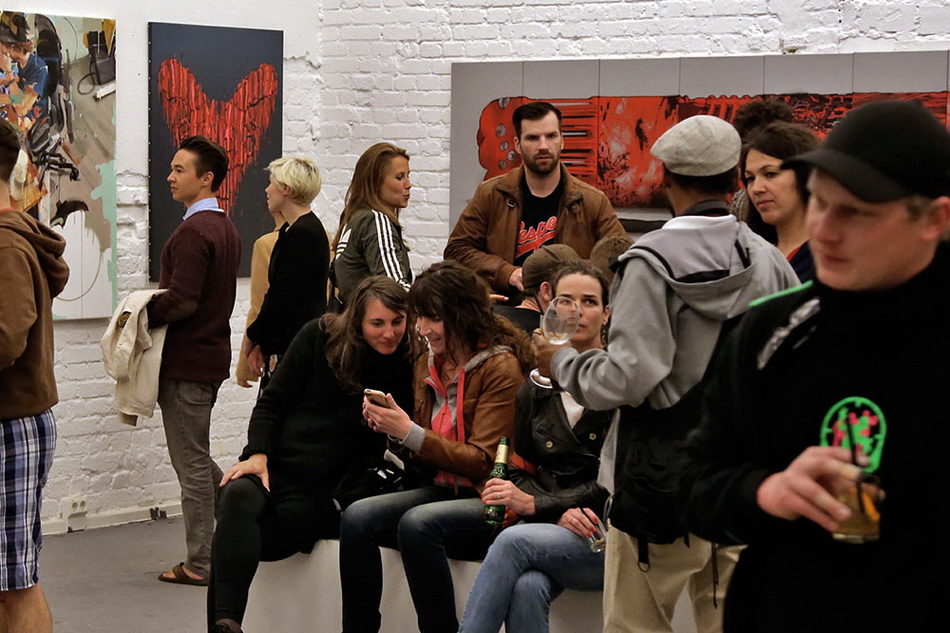