Members of the French street-art collective Da Mental Vaporz  are currently in Berlin, working hard on their upcoming collaborative exhibition, The Wall, opening on the 26th of May at BC gallery. The show will include a display of works in the two spaces of the gallery, as well as two large public murals that can be seen in the surrounding area.

The idea behind the exhibition and its title is to pay respect to “the most passionate part of most urban contemporary artists today” – THE WALL. So, along with painting a massive wall next to the S-Bahn station Warschauerstraße, which is going to complete the show by overlooking the whole area, the artists will use the gallery space and the show itself as a form of a wall, highlighting their different styles, concepts and techniques. It’s this abundance of styles, imagery, concepts and techniques that makes their collaborative works so diverse and unique at the same time.

They are currently working on their second mural, as well as painting elements and pieces for the show installation, literally taking over everything within their reach. Being their favorite way of expression, street murals allow DMV “to express their collective creativity and have enough room for each artist to bring in his personal style.” The pieces for the show seem to follow the concept of each artist creating separate canvases that patch together to form bigger, richer and more complex works. The collective consists of ten members: Bom.k, Blo, Brusk, Iso, Dran, Kan, Lek, Gris1, Jaw and Sowat, with most of them but not all of them, presenting their individual works through their collective power from April 26th to May 31st in Berlin. 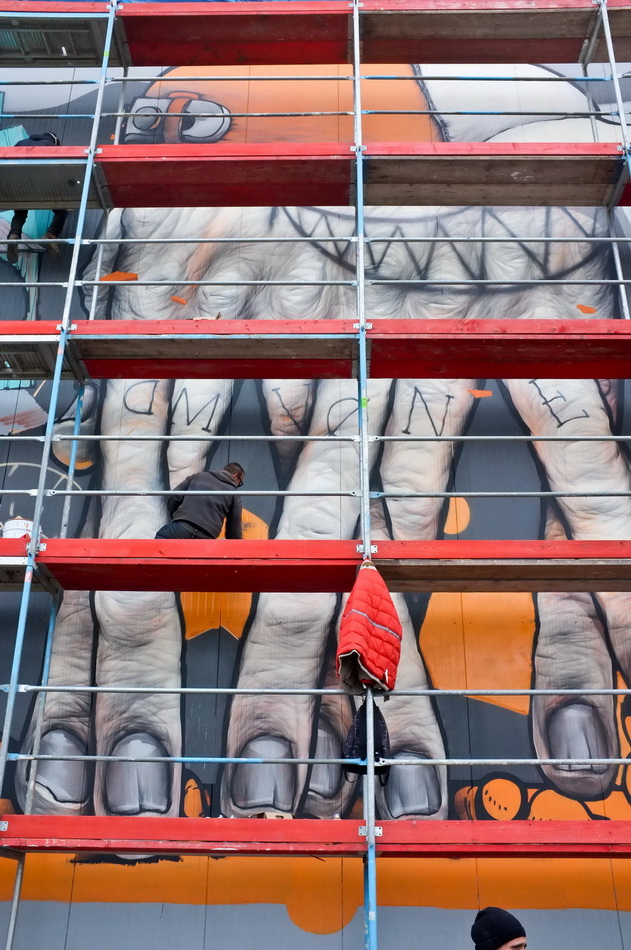 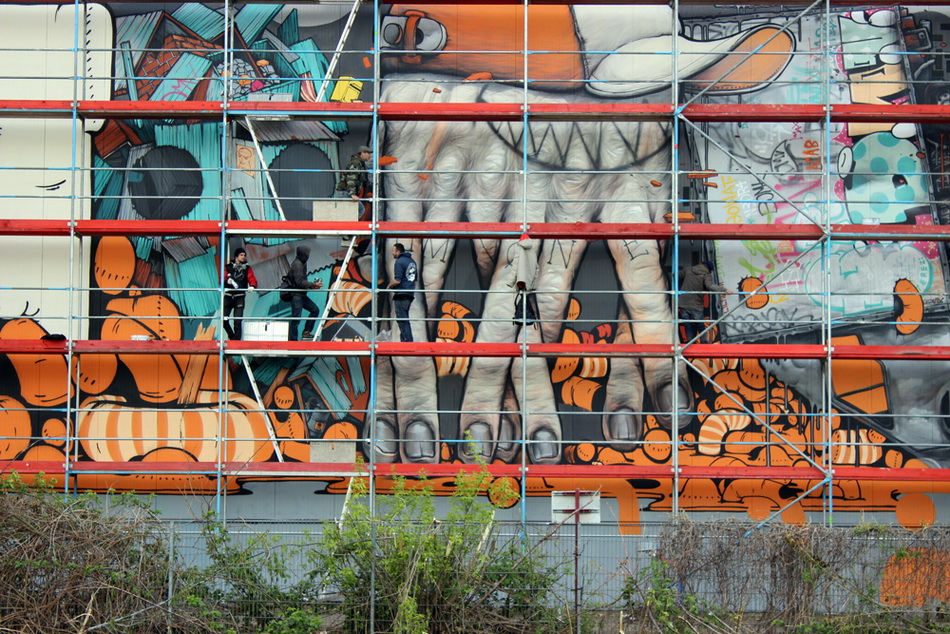 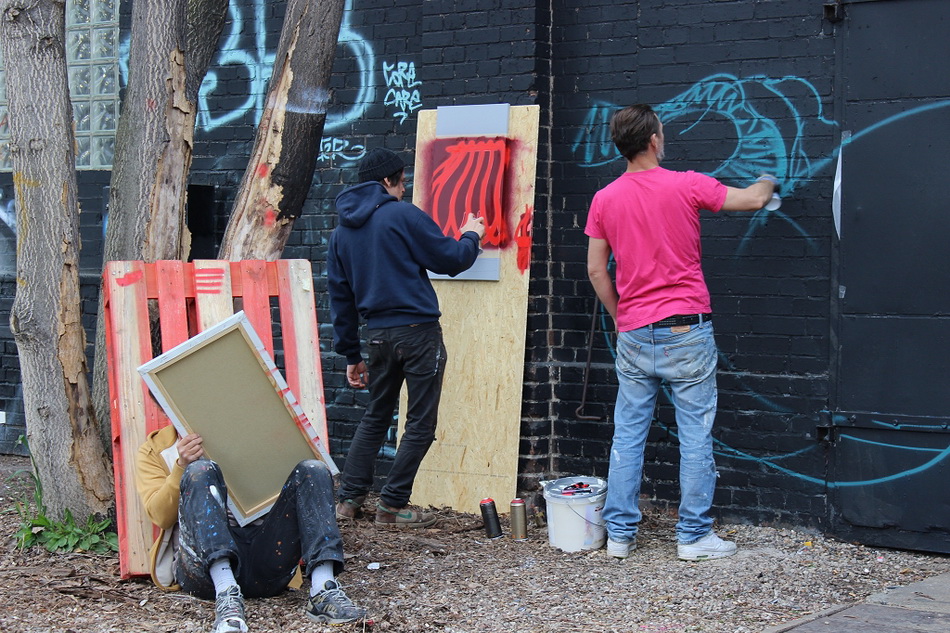 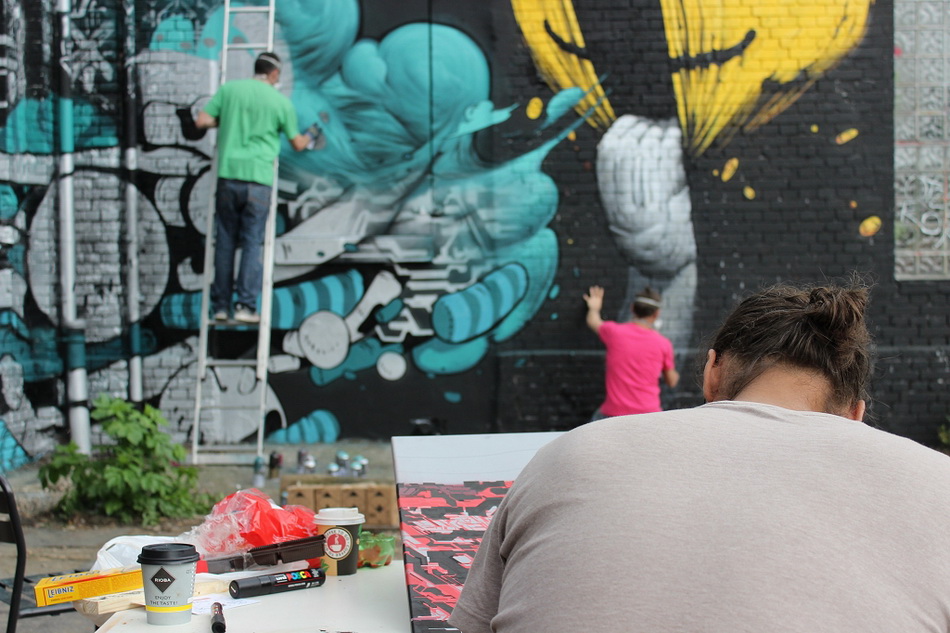 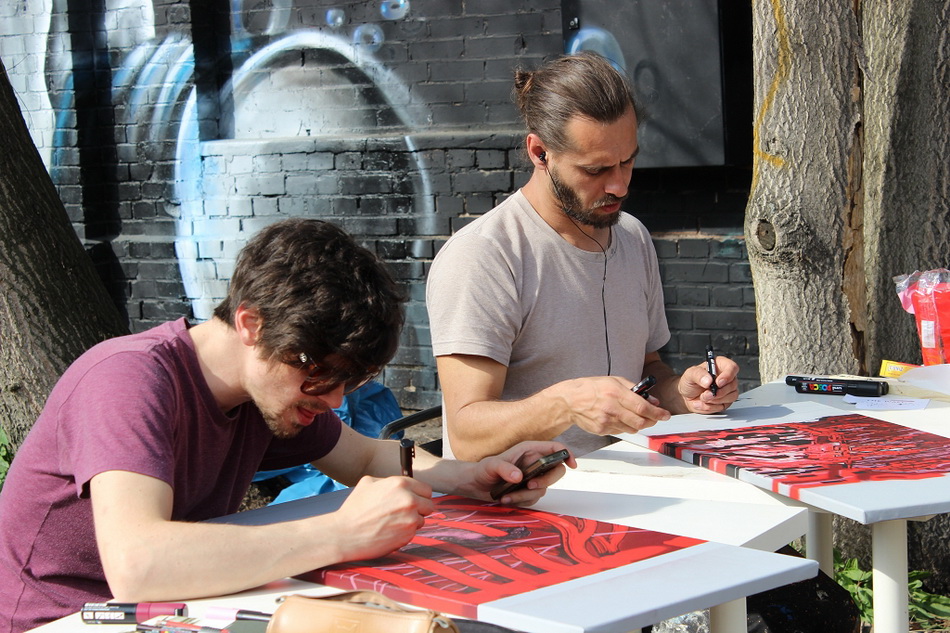 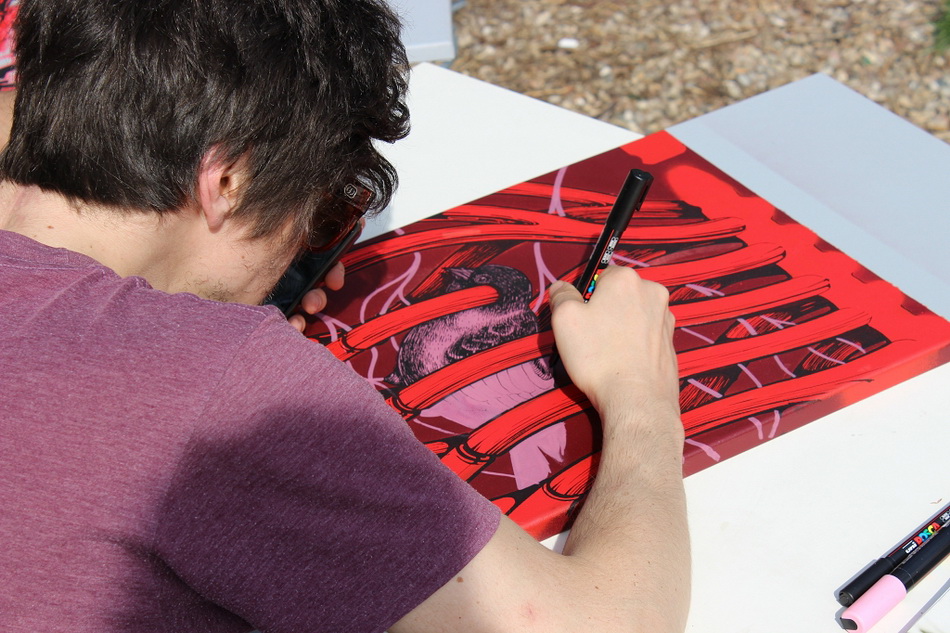 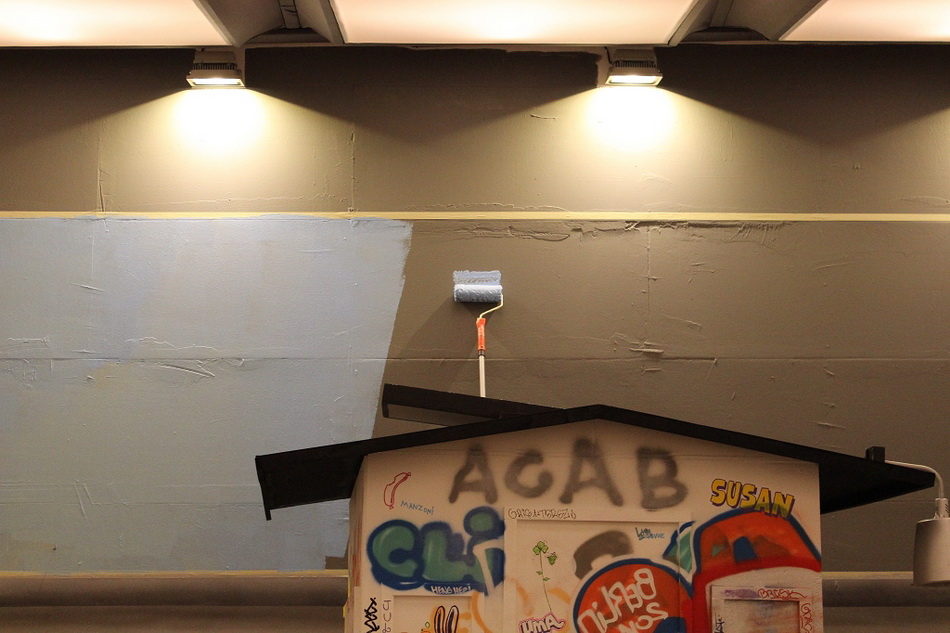 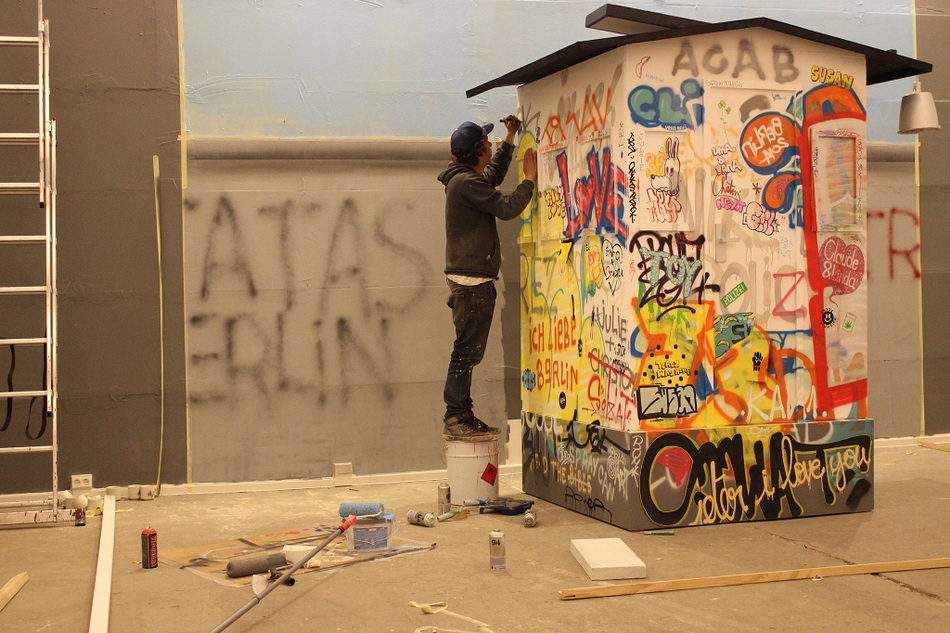