Ludovic Vernhet aka Ludo (interviewed) will be opening a solo and a pop-up tattoo parlour on October 13th (and run until the 15th) at The Garage in Amsterdam. Featuring 10 original artworks & 10 tattoos, The Ten Commitments will be French artist’s second show with the gallery since his last exhibition there in 2011 (covered).

Known for his nature and technology hybrids, the Paris-based artist is taking the symbol of the rose as the central emblem for this body of work. Applying it into iconic imagery and modifying it into different shapes in order to create an alternate meaning, the work explores the promises we make to ourselves and those around us. Influenced by the turbulent times we live in, he is trying to inspire people to go for their dreams and goals. To push this idea even further, he will offer visitors a chance to get his artworks inked permanently on their skin as a practice of their “go for it” attitude.

With this new series of drawings on paper, Ludo continues exploring the concept of biotechnological monsters using iconic visuals as the base of new creations. Juxtaposing seemingly opposite symbols and their values, he once again honors duality as the base of the world around us. Rendered with the precision of botanical illustrations and combined with profound typography and text, these new pieces have a more poetic feel than his large canvases or public interventions we’ve seen over the years. 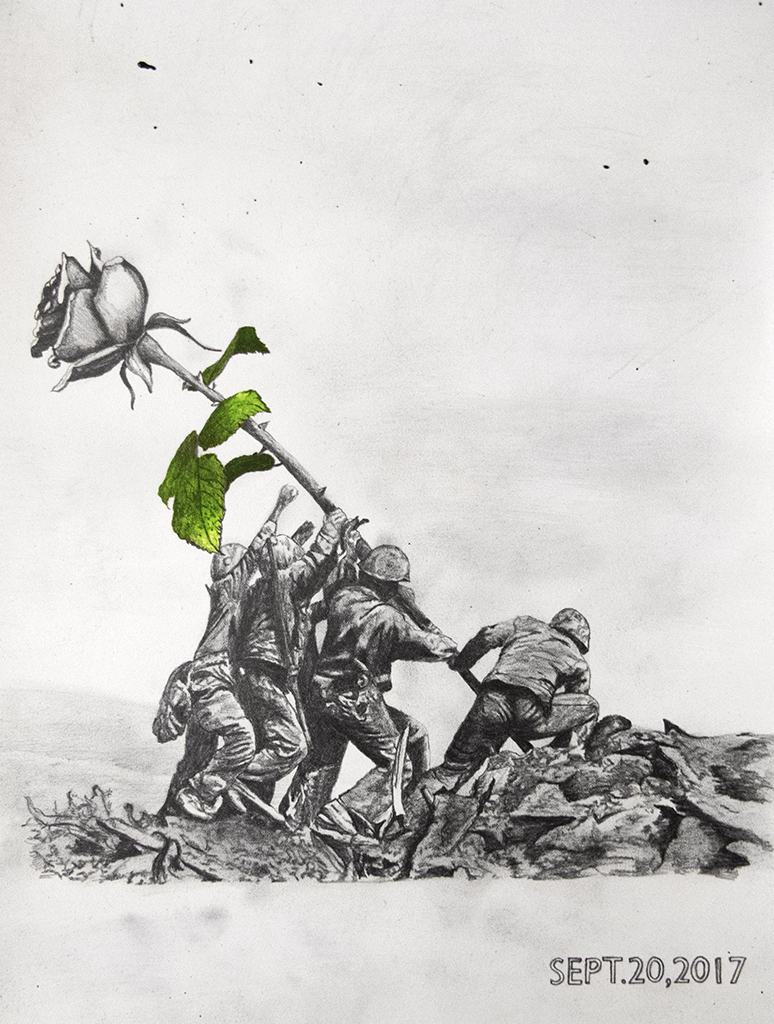 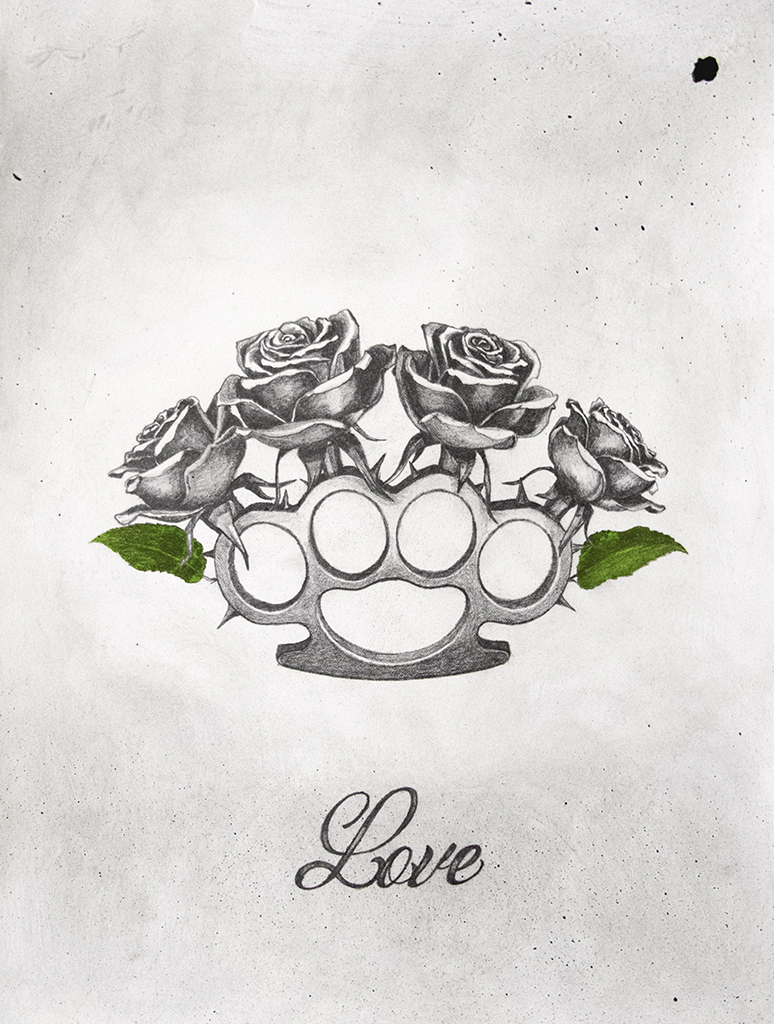 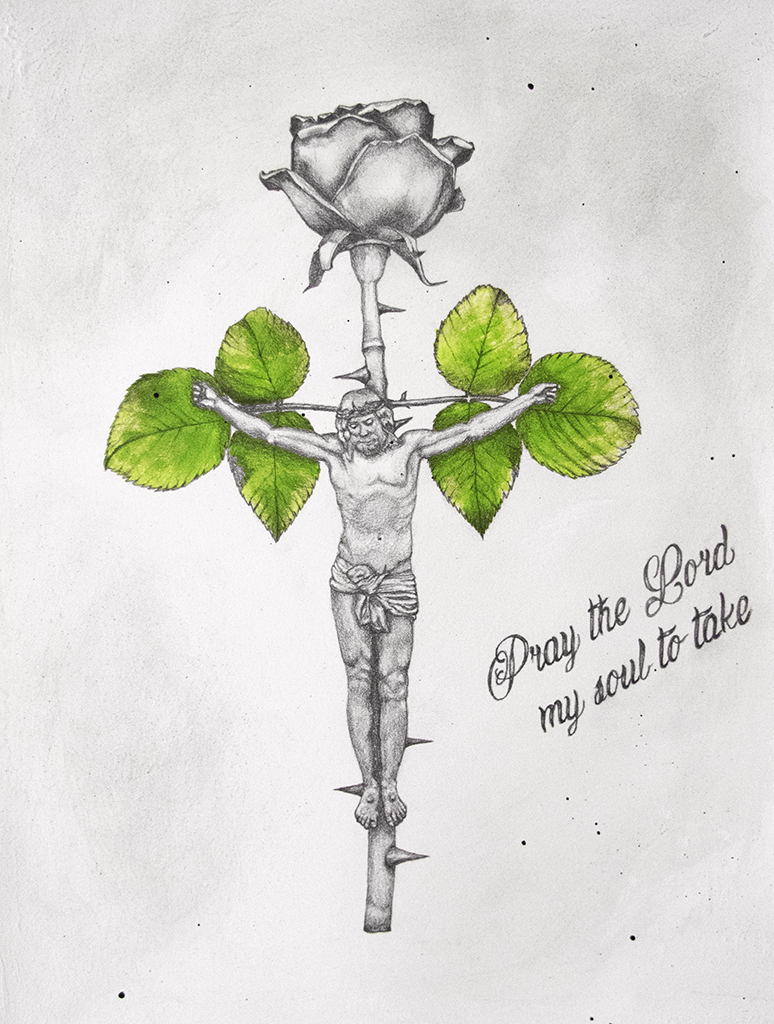 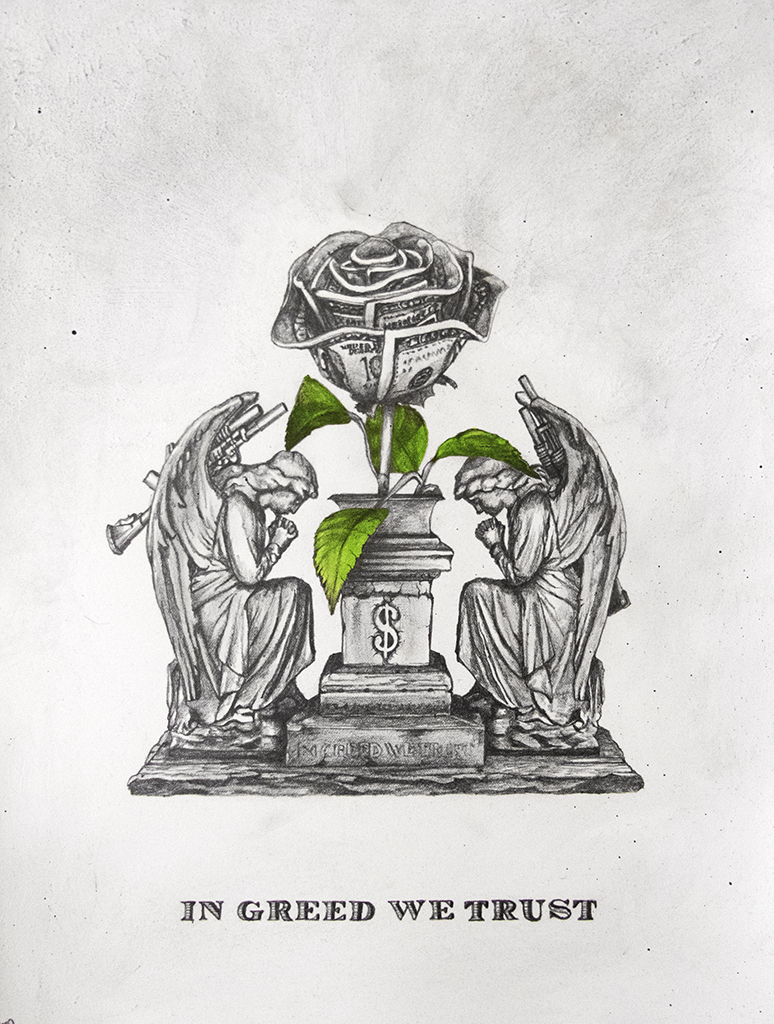 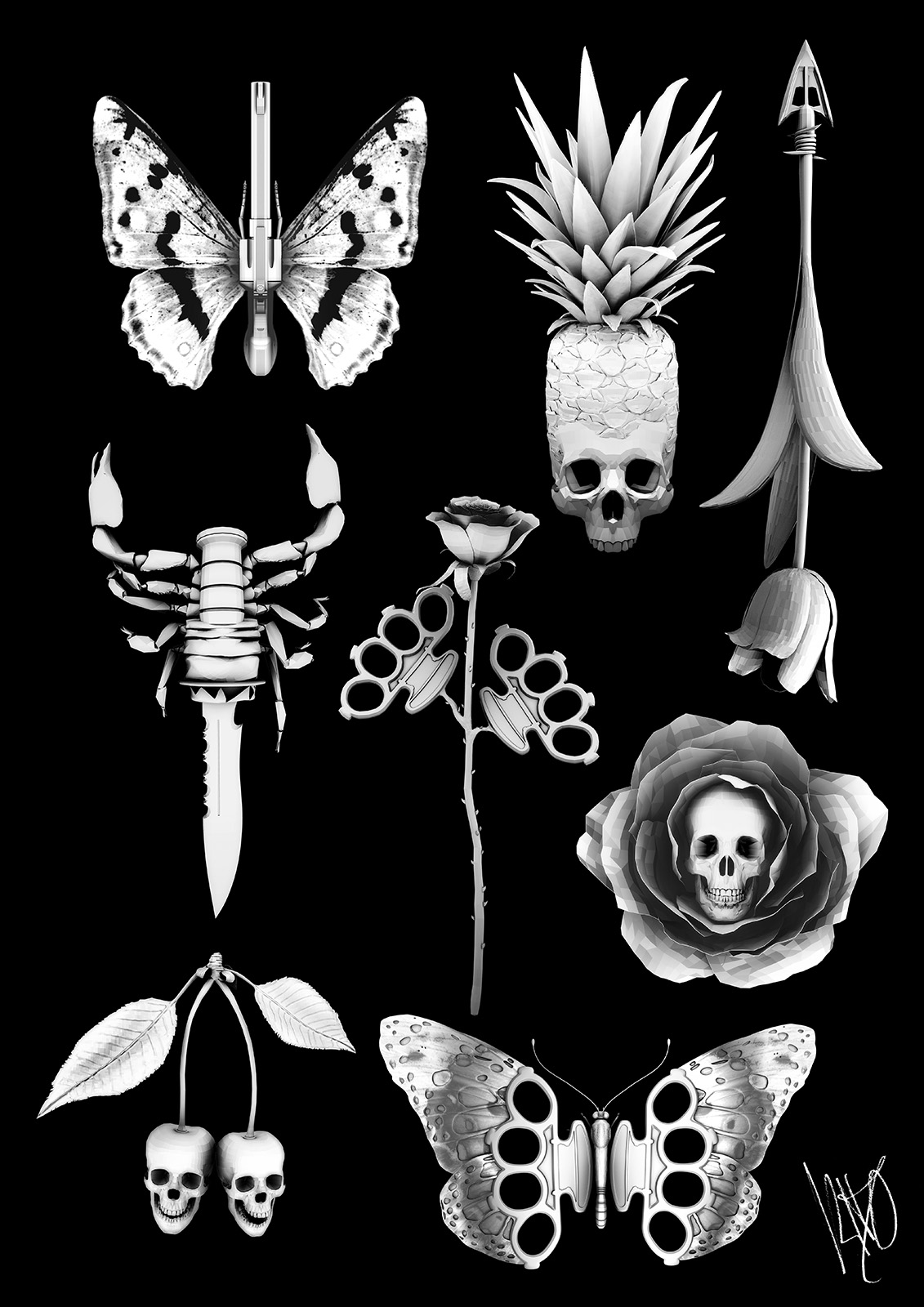