The entire show developed from earlier where James started incorporating more and more elaborate interior elements around his images. Basing some of the work on actual spaces or objects, he composed nine large works on canvas and eight pieces on paper using an exceptionally vibrant, borderline psychedelic color palette. Shifting his focus from explosive military action or celebrity-like modern day pirates, the new pieces carry a much calmer, homey vibe that observers can identify with. Not depicting any fine details, the loose visual language creates suggestive contours of characters and objects, producing an illusion of depth between the elements in combination with the vigorous hues applied. Completely stepping away from using outlines, the canvases feel exceptionally flat while portraying indoor spaces in which perspective and depth is an important part of the narrative. By constructing exciting assemblages of seemingly unrelated, almost abstract forms using exaggerated, over saturated tones, James is successfully applying his characteristic aesthetic to a familiar subject matter. Utilizing the playfulness and unpredictableness of comics as one of his major influences, to reinvent the established fine art motif, this might well be the American artist’s most serious and milestone solo exhibition to date. 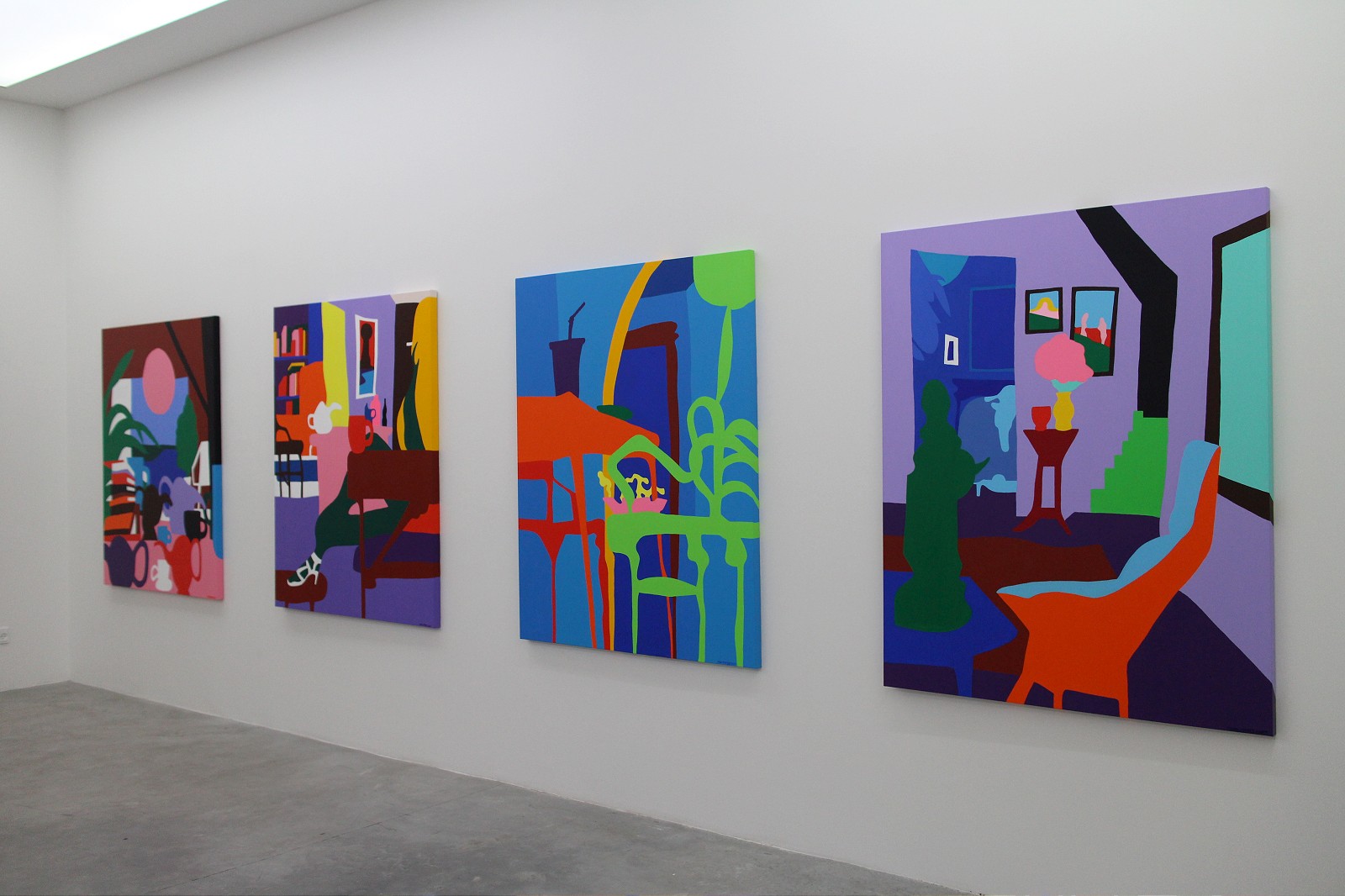 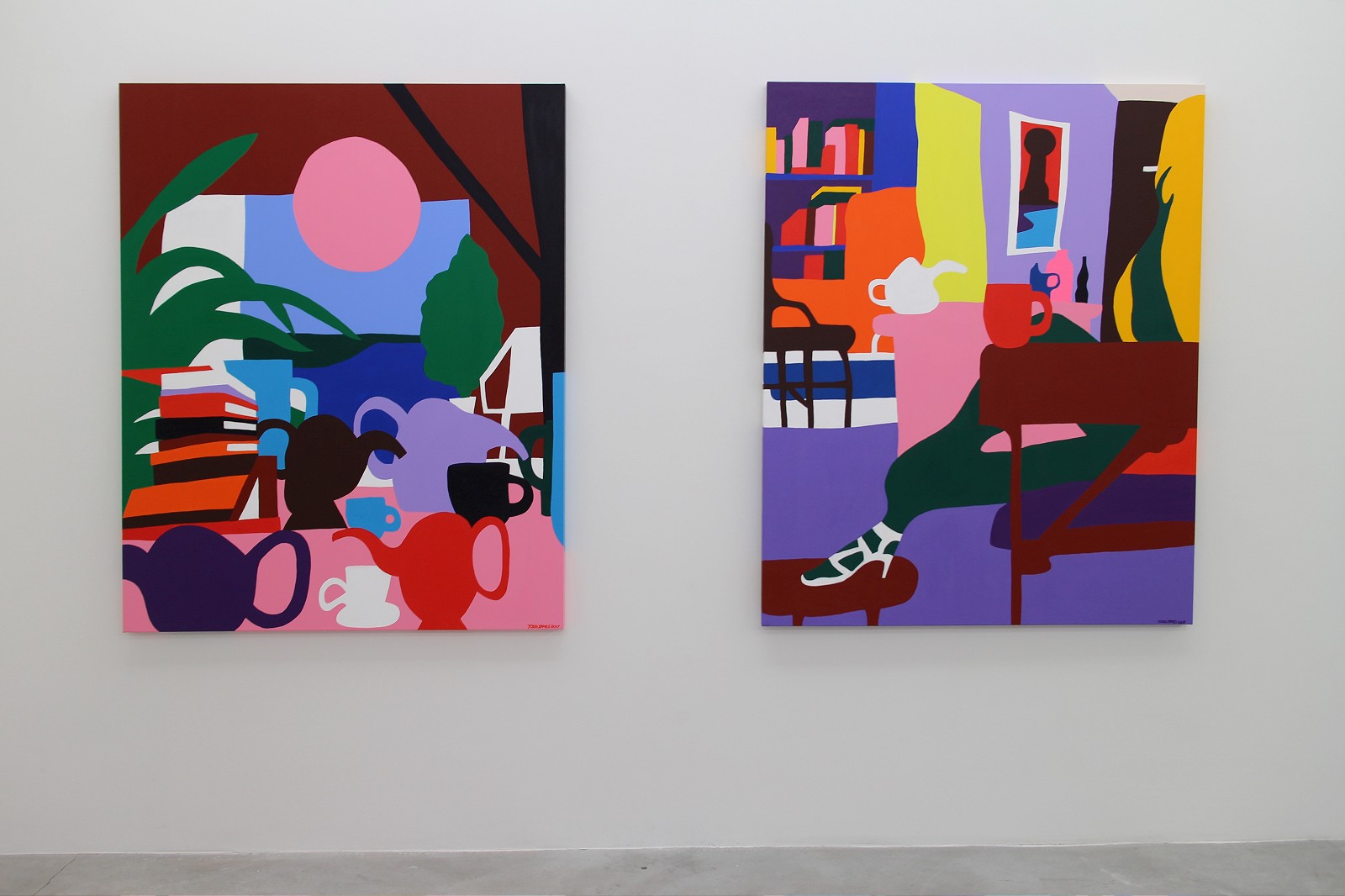 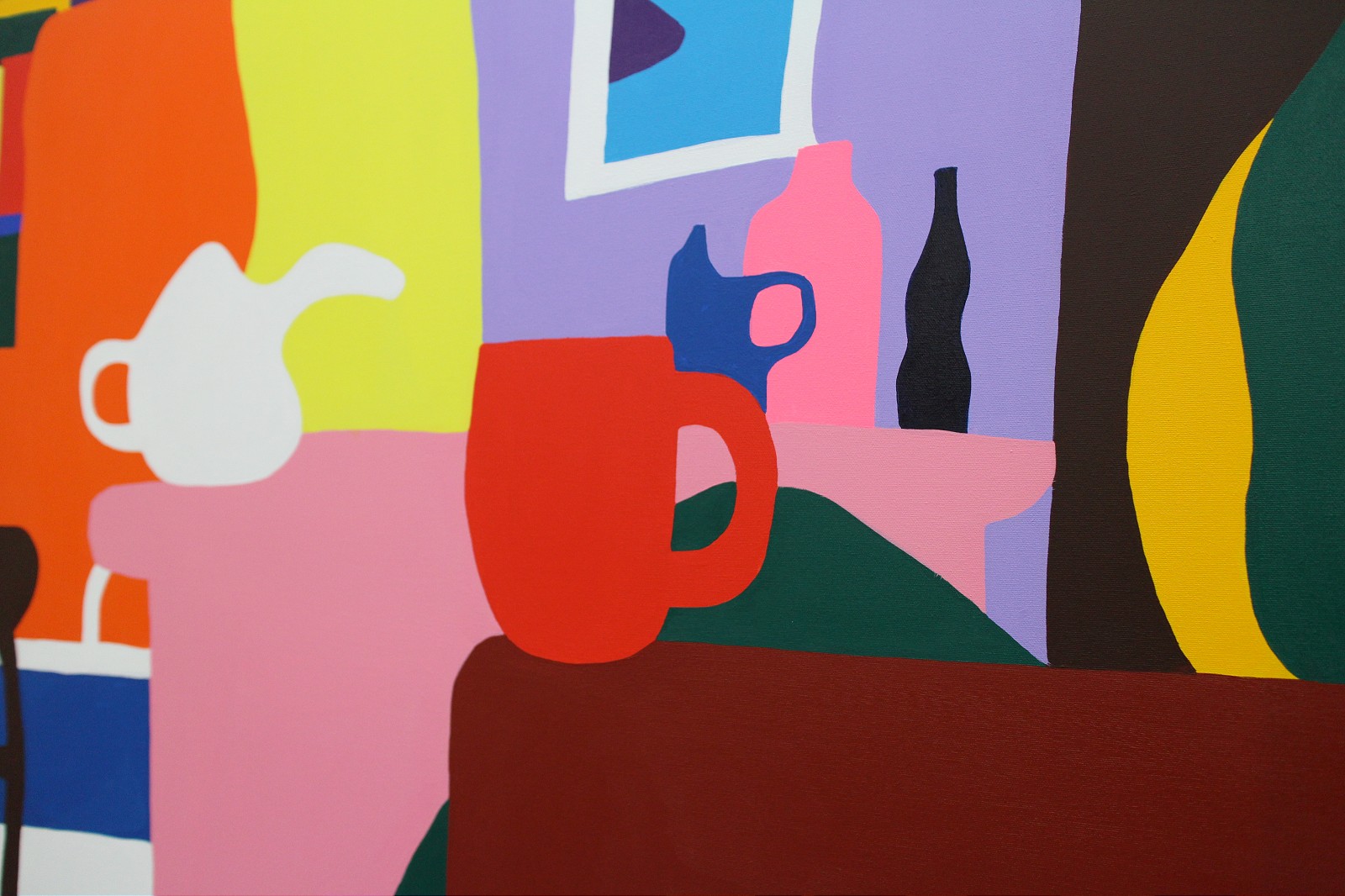 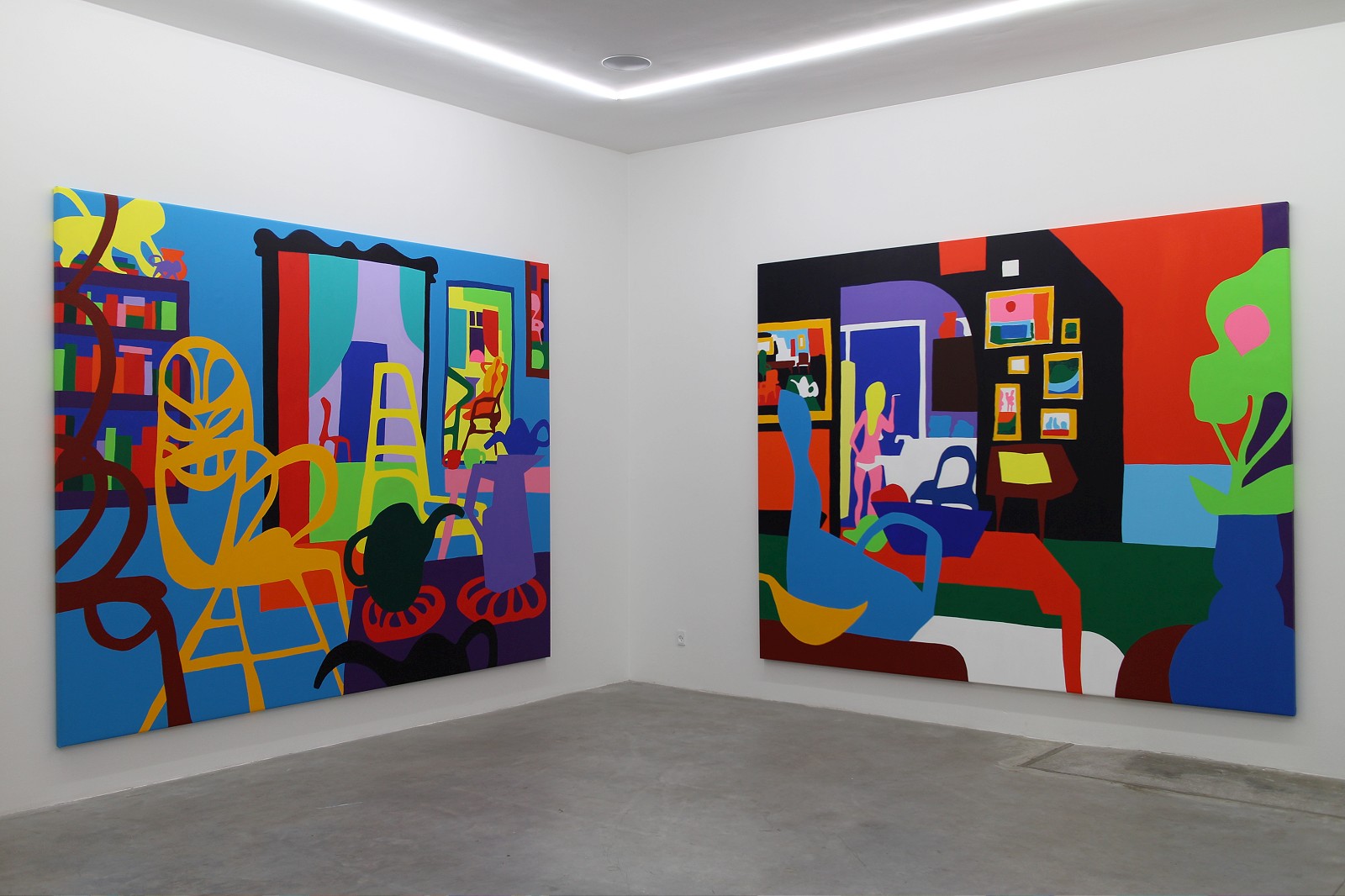 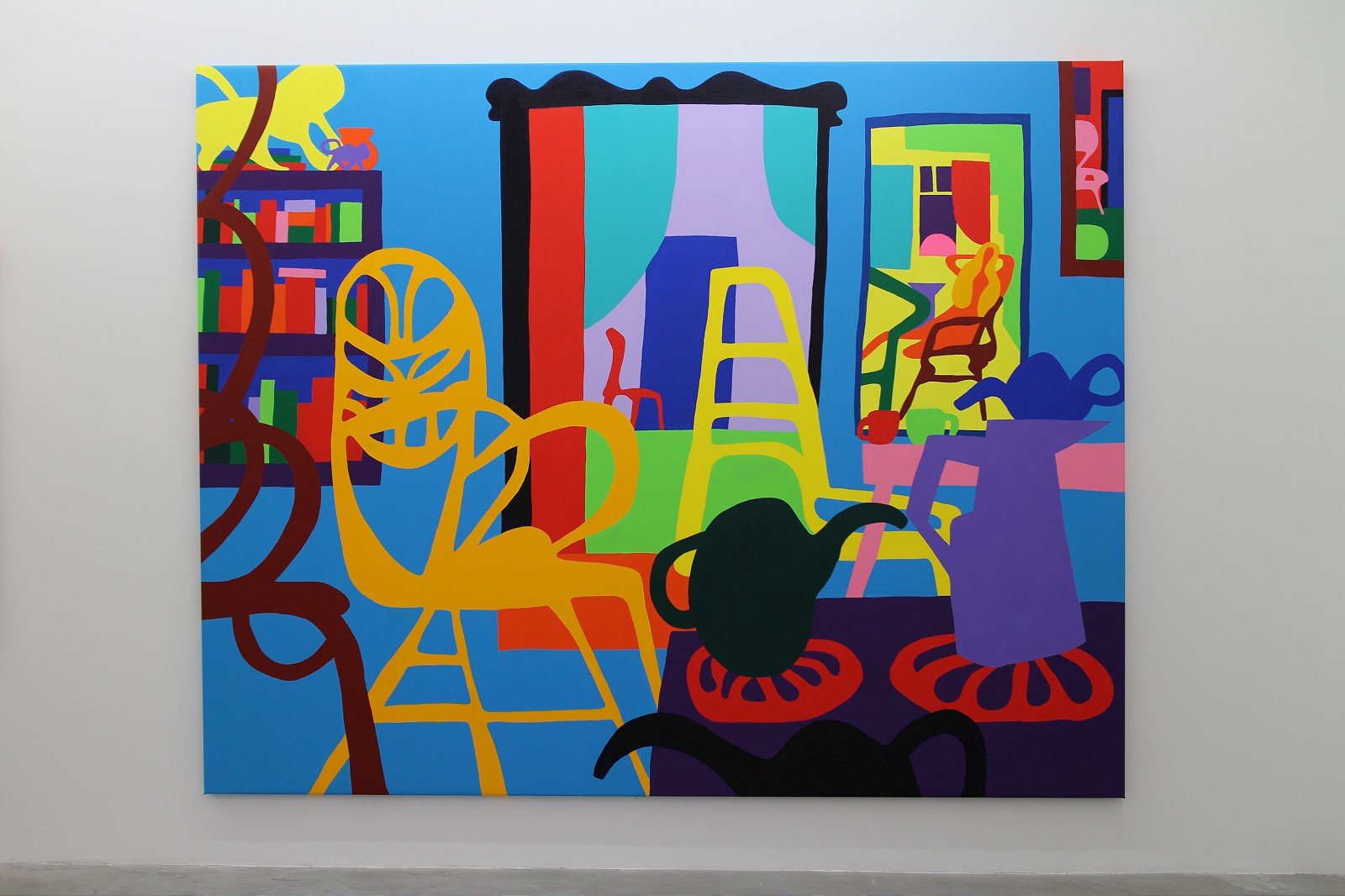 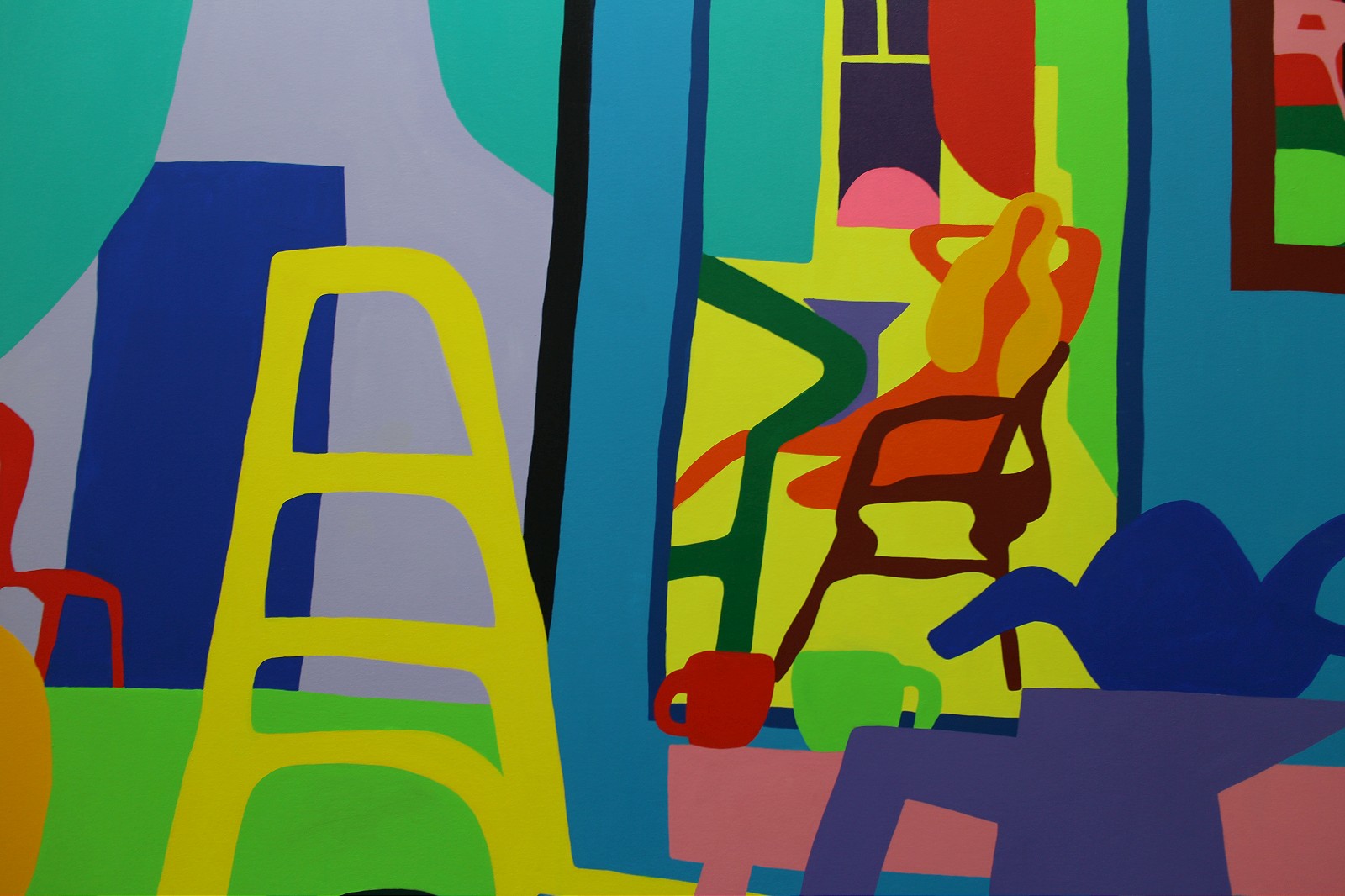 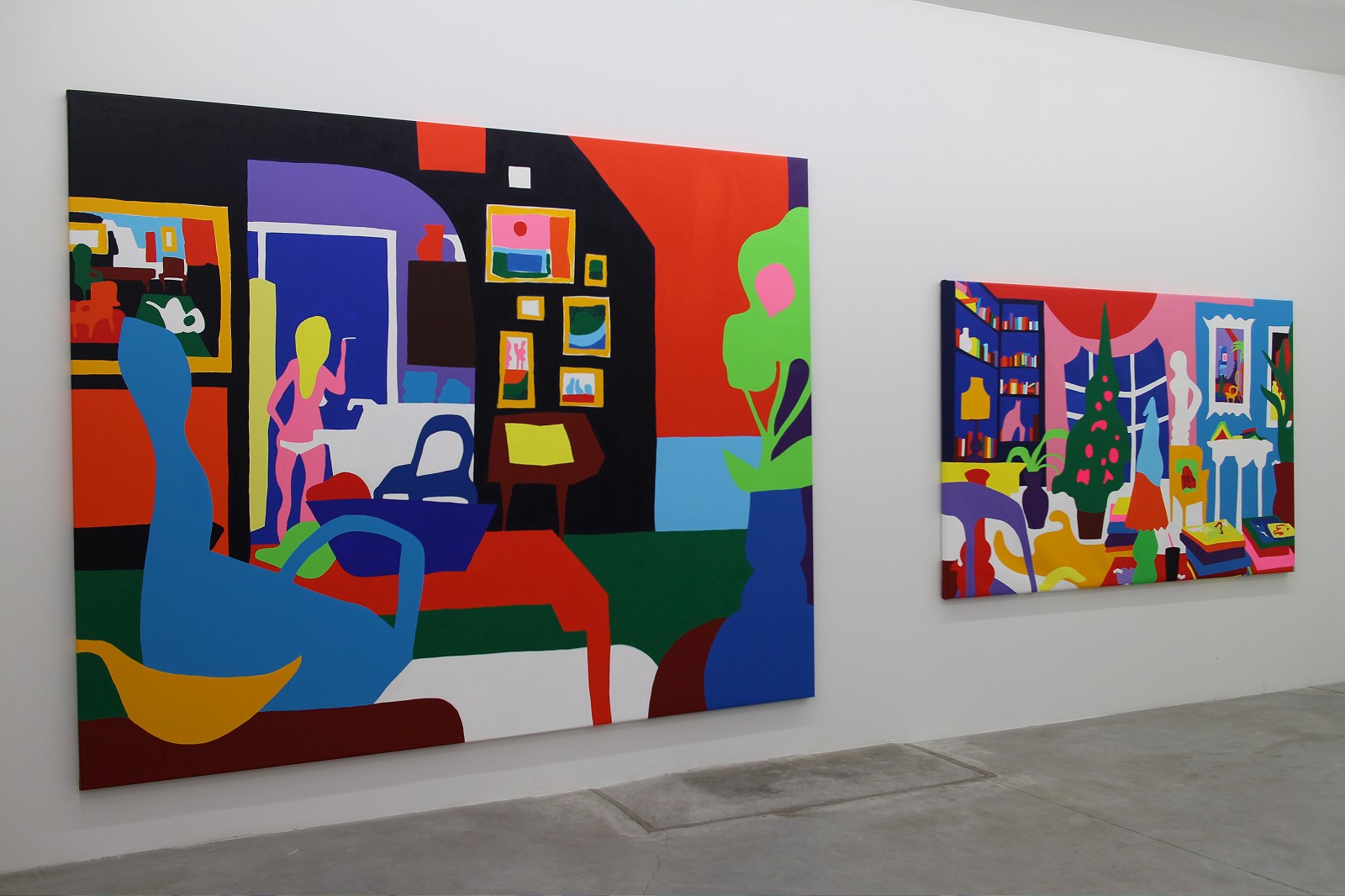 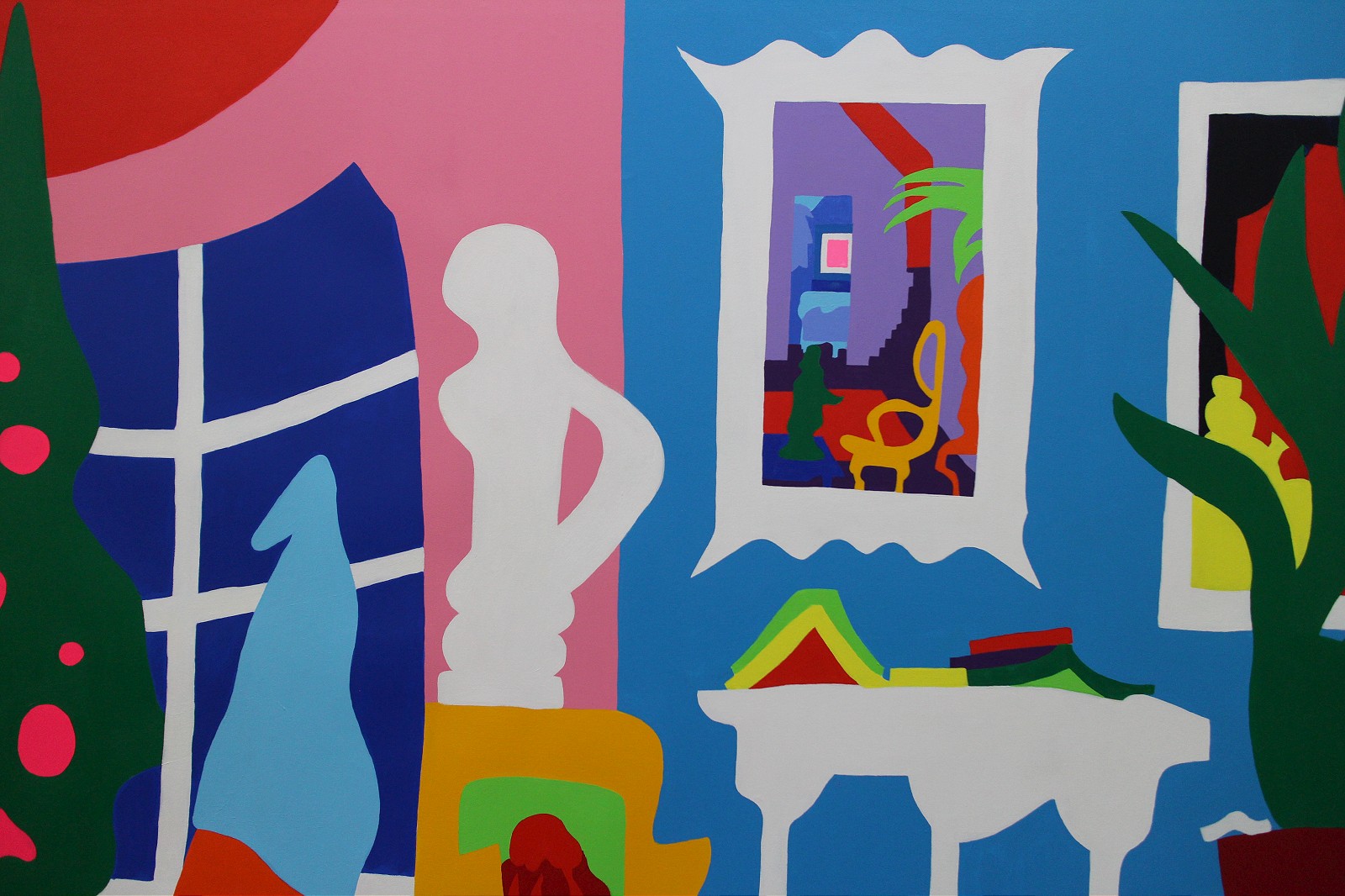