As part of the $620 million “Dust to Gold” renovation at the Palms Casino Resort, an impressive collection ranging from blue-chip works to street art murals was acquired, commissioned, and deployed throughout the hotel. Combined with pieces on loan from owners Frank and Lorenzo Fertitta, the over 150 artworks fill every part of the casino – from the Damien Hirst shark above the Unknown Bar against a backdrop of his dots (seen above), to the KAWS statue outside the steakhouse, to the Felipe Pantone mural at the new Pearl Concert Theater, to the James Jean murals at the Send NOODLES restaurant, to a piece by REVOK on the rooftop with his custom graffiti instrument (see video below). This unprecedented amount of visual candy will definitely have art lovers flocking to the off-strip Las Vegas hotel for years to come. Take a look at some more shots of works below that only scratch the surface of what is on display from other artists like Andy Warhol, Haze, Dustin Yellin, Crash, Todd “REAS” James, Jean-Michel Basquiat, Keegan Gibbs, Olivia Steele, Christopher Wool, Timothy Curtis, Adam Parker Smith, and Richard Prince. 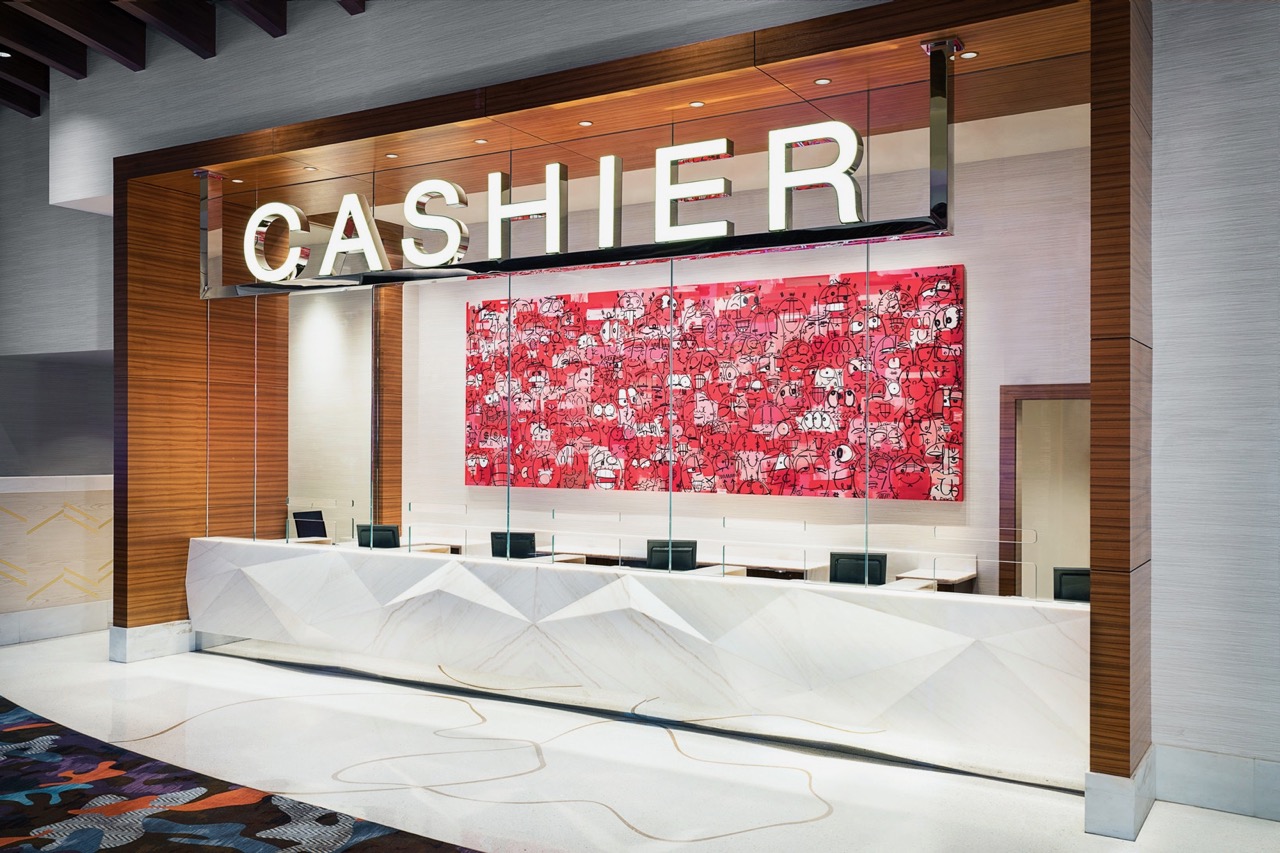 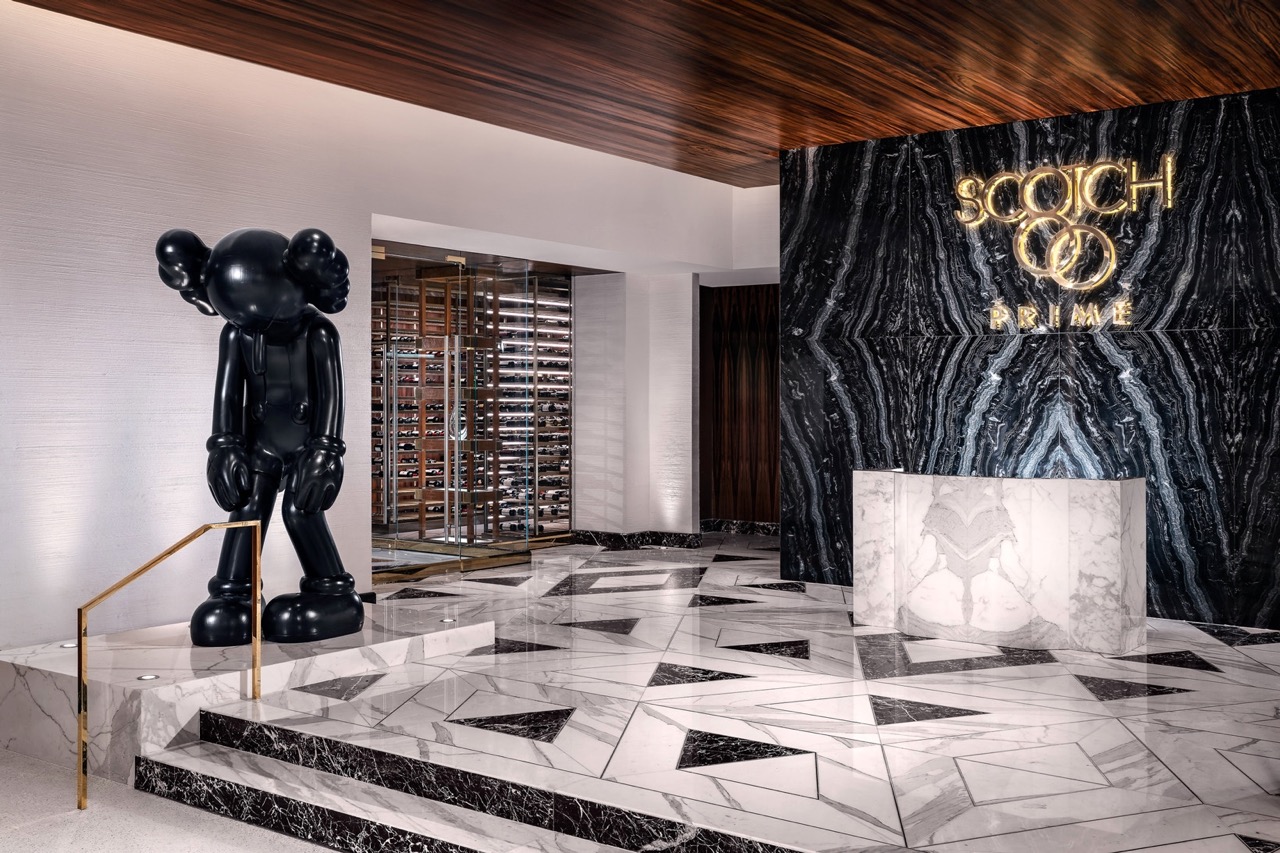 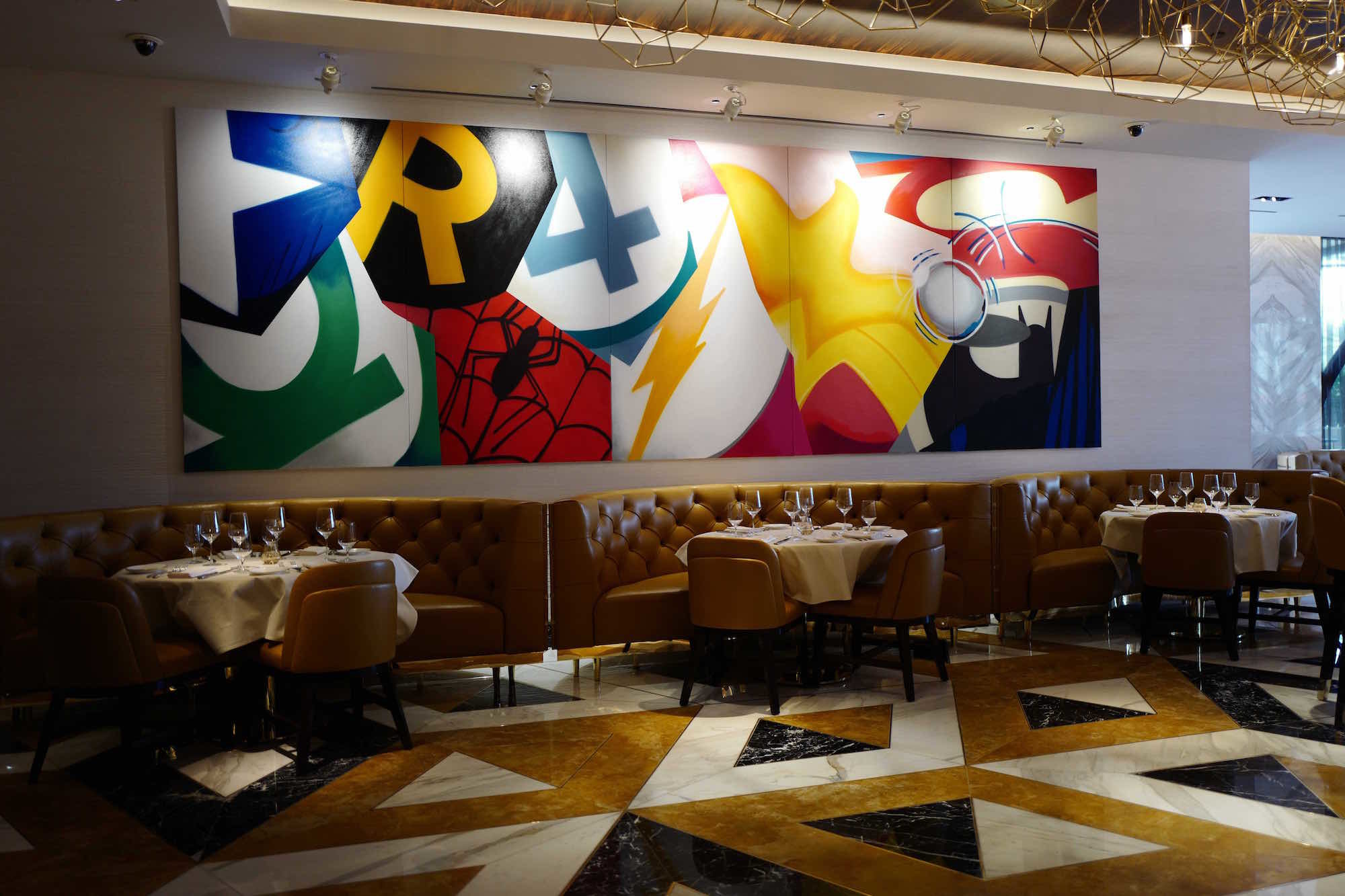 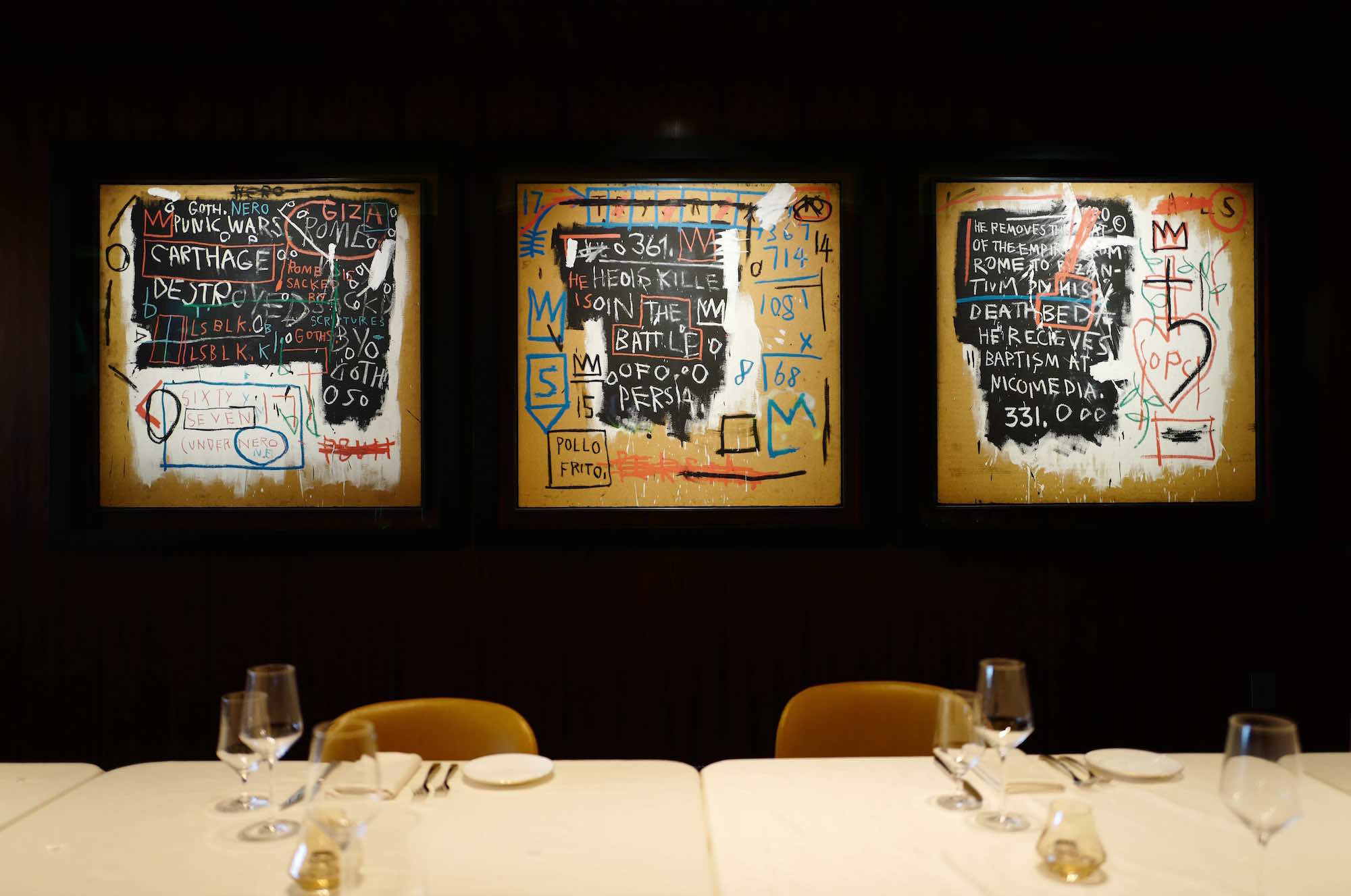 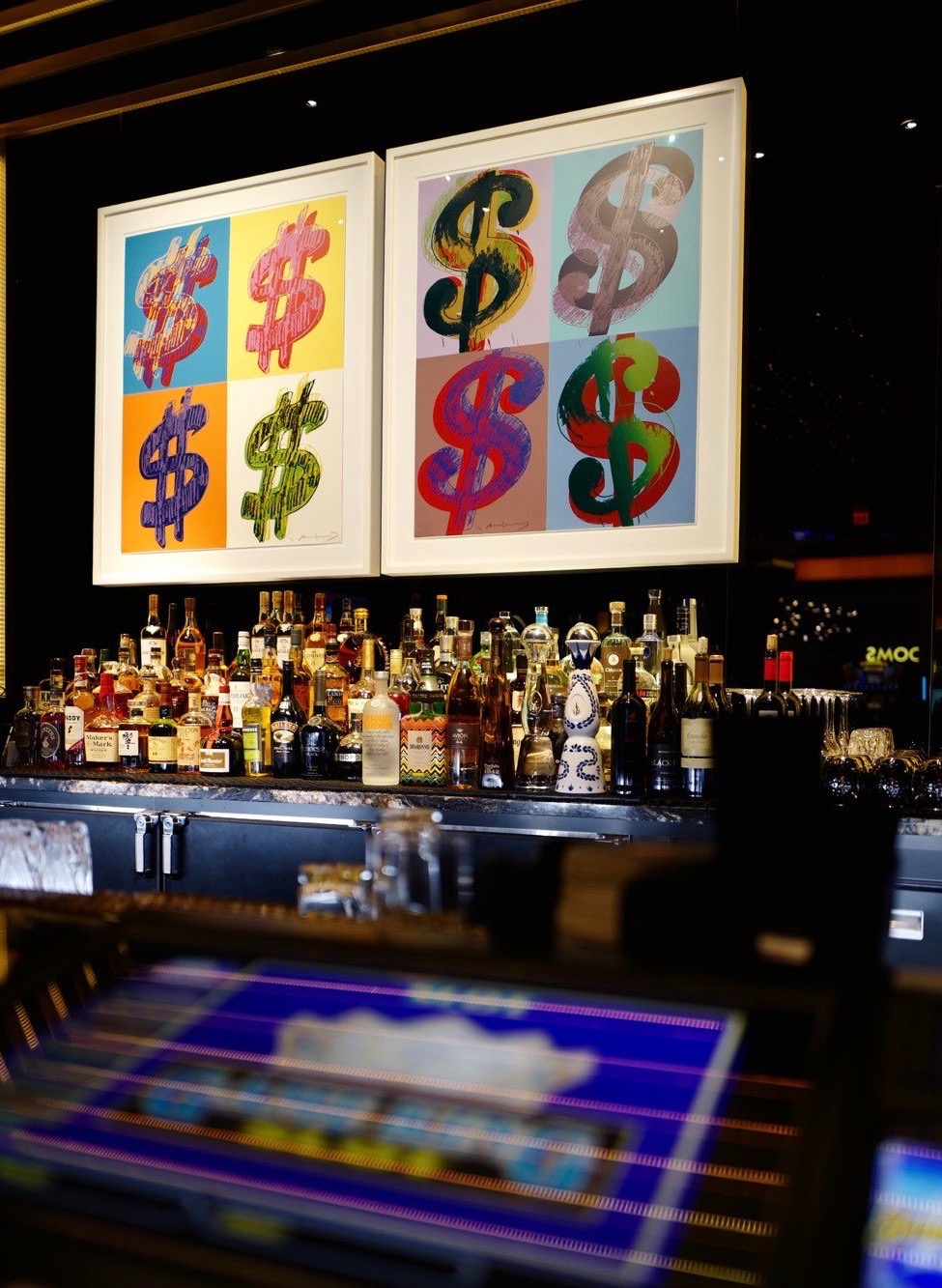 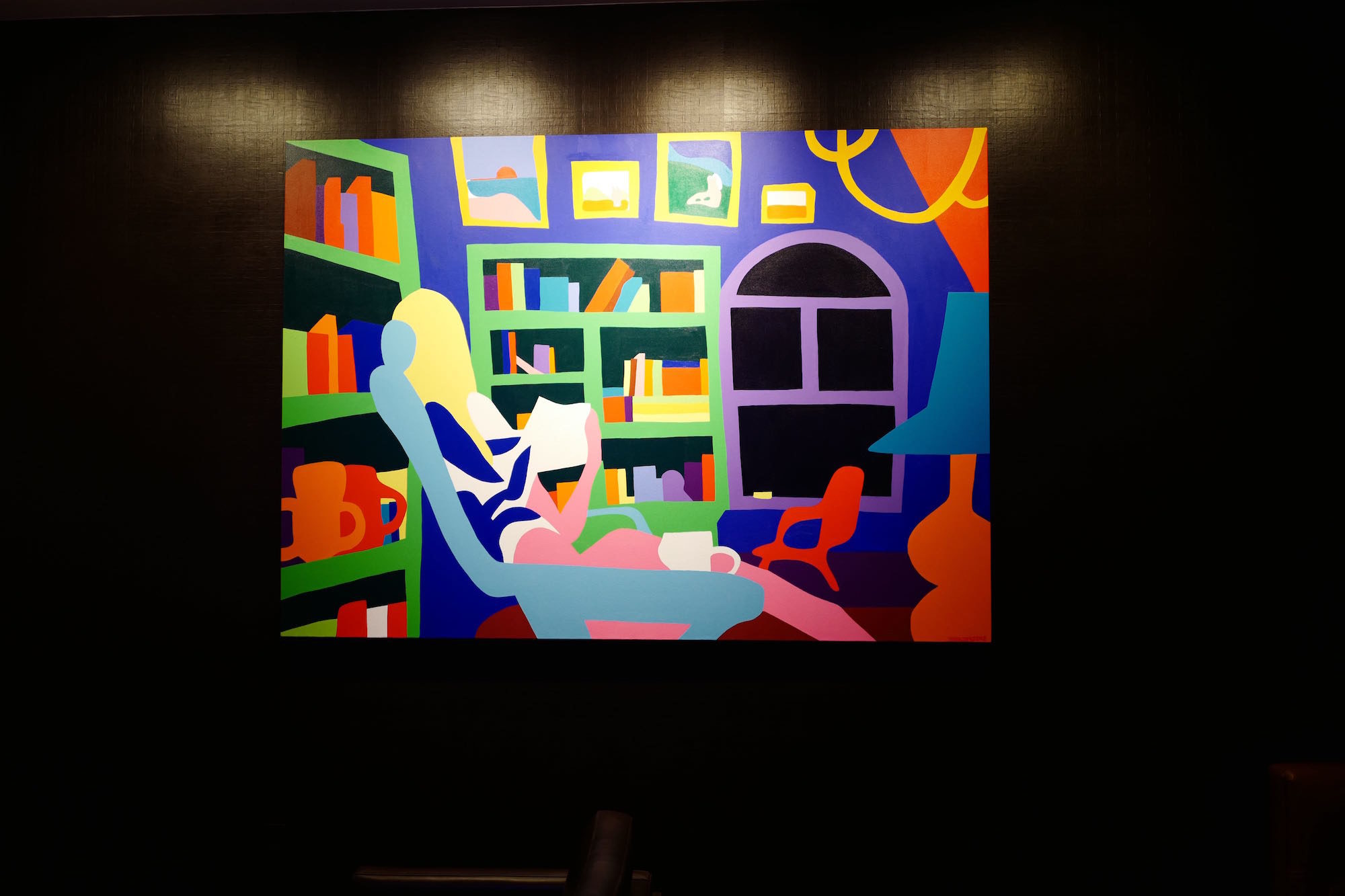 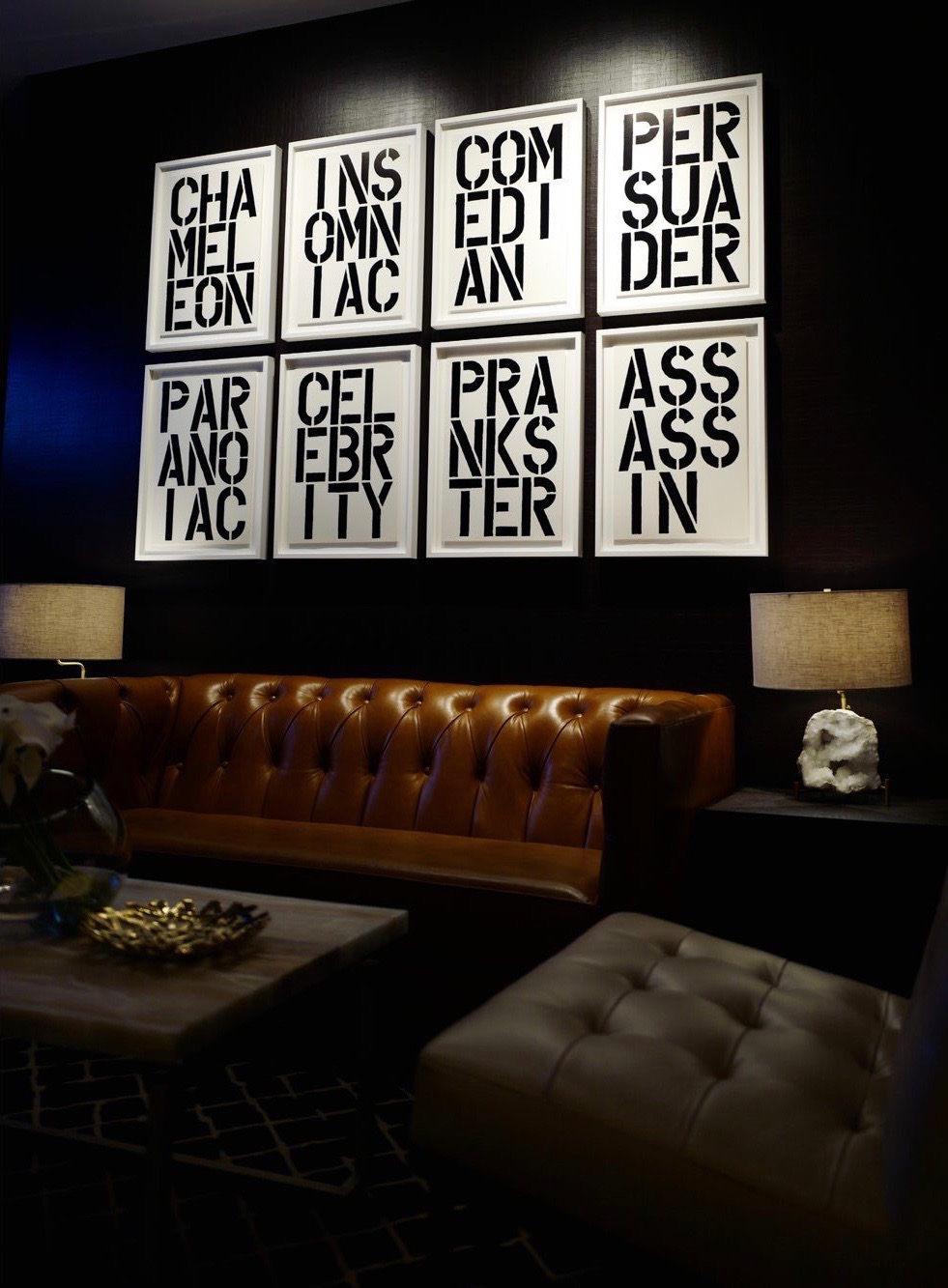 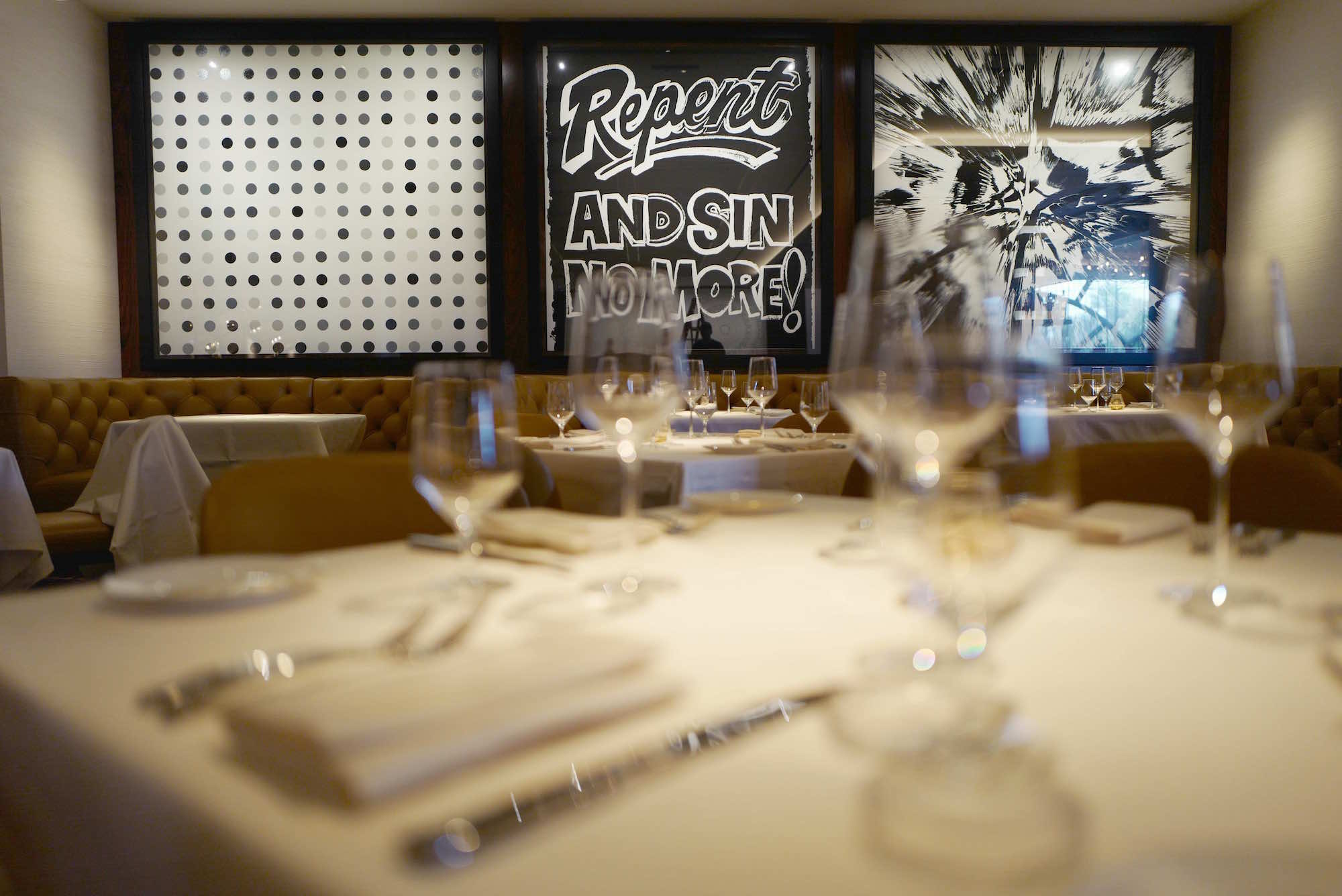