Recently, Augustine Kofie (featured) teamed up with AiseBorn to paint an outstanding new mural at the former Rendon Hotel in Los Angeles. The harmonious joint effort on the 7th Street facade between the two locally-based artists was aided by the common elements that can be seen in their work like geometrical patterns, architectural influences, and a background in graffiti. This collaborative wall was commissioned as part of the Art at the Rendon // Hidden Rooms event opening next weekend, the first of a series of ongoing cultural programs hosted at The Rendon prior to its refurbishment. 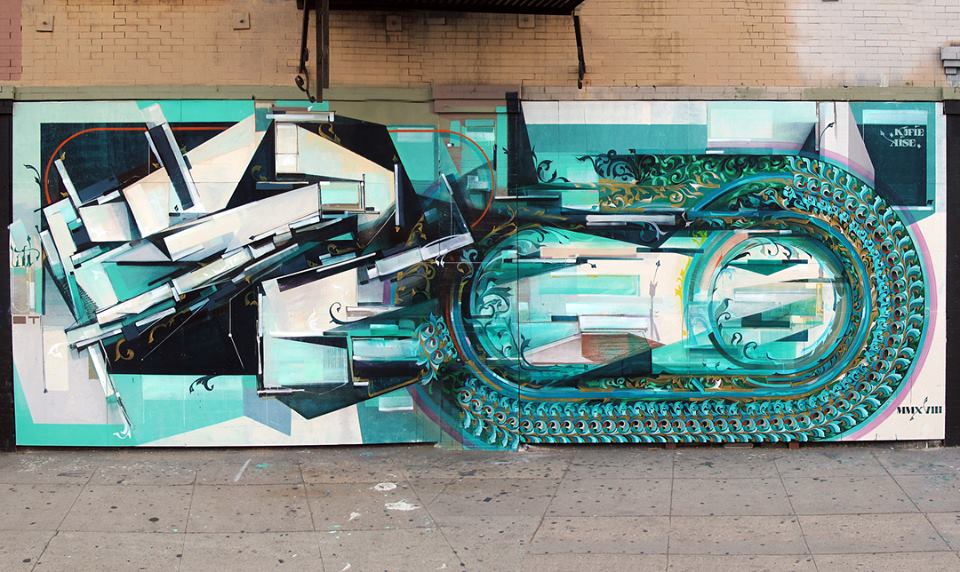 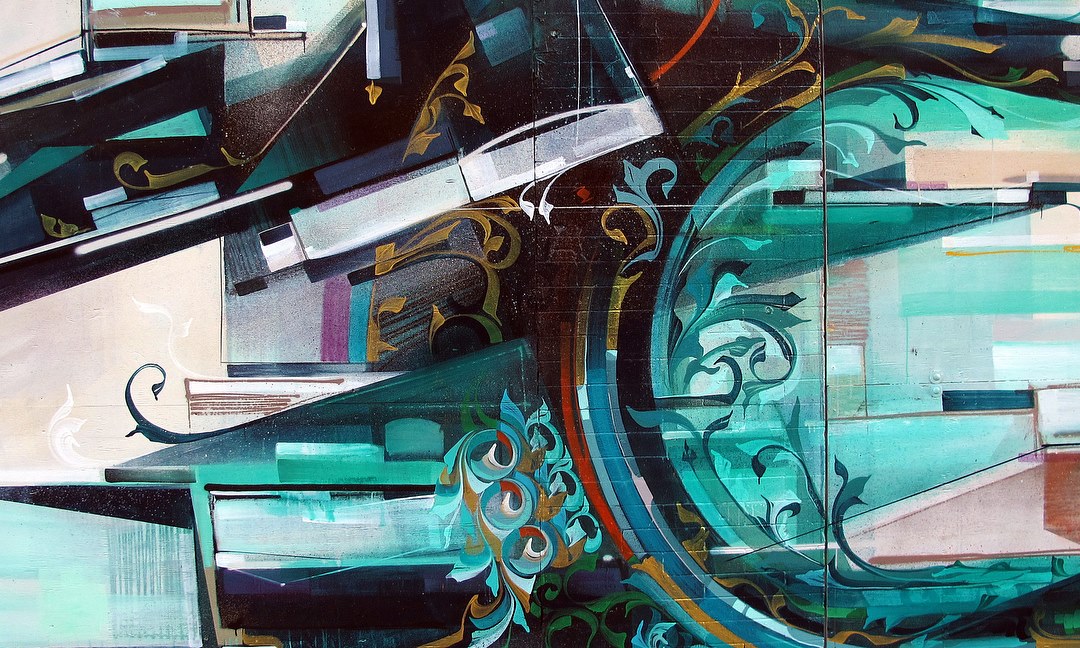 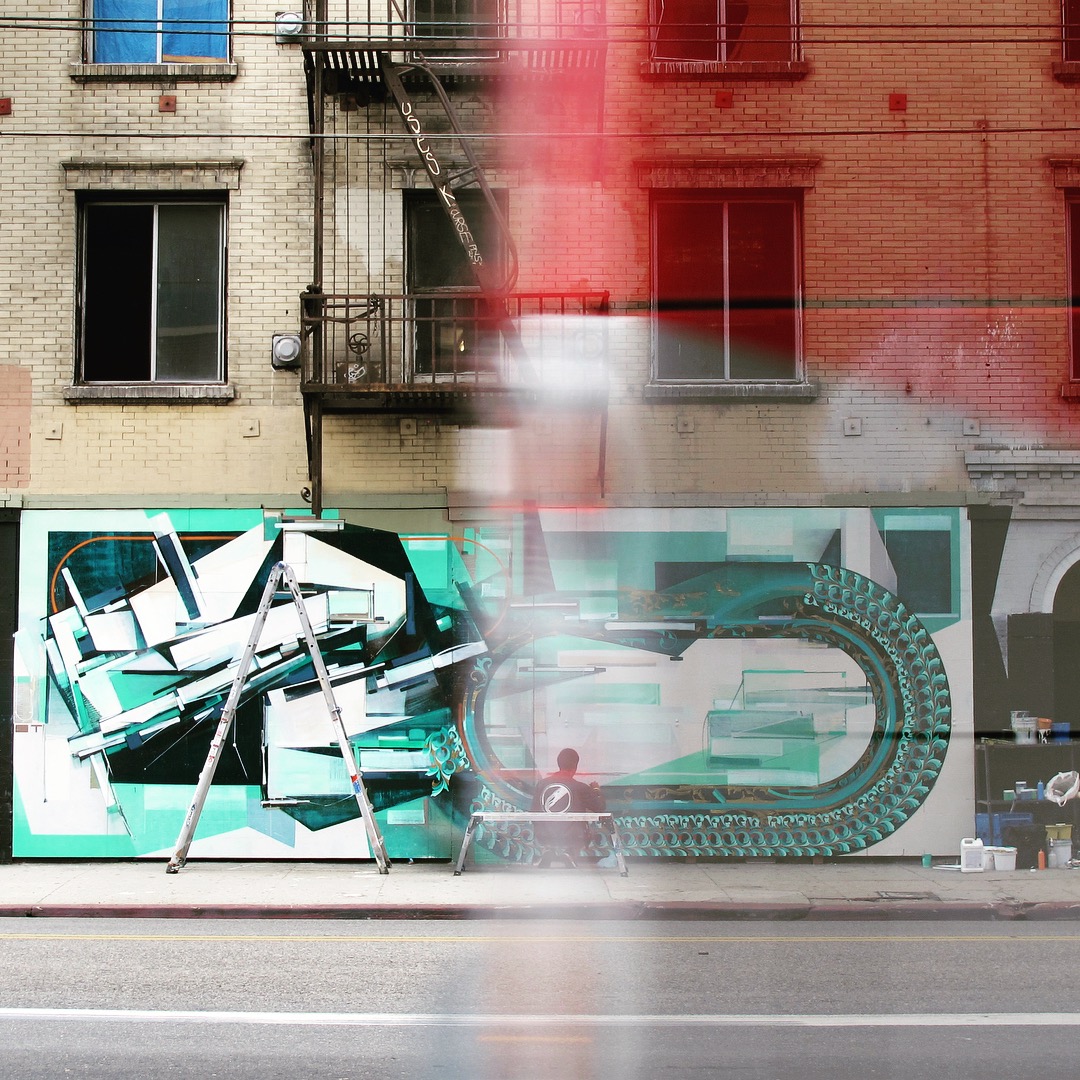 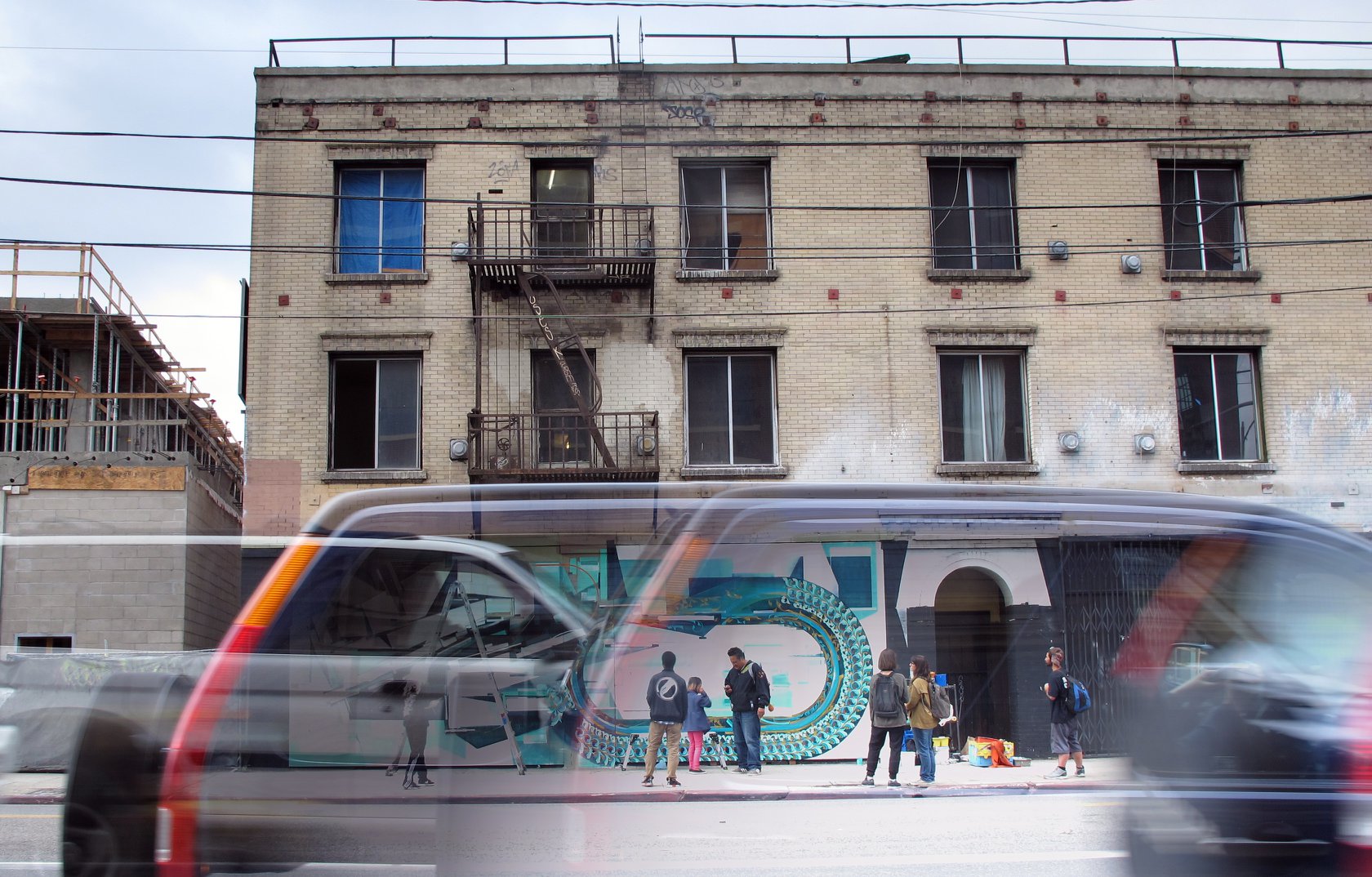