On 29th of October, The Garage in Amsterdam opened the long-awaited EU debut show of Mike Lee titled I’ve Missed You, created as a direct response to the immigrant family separation issues and what some consider to be the inhumane policies of the current US administration. The gallery’s compact space, a 17th-century storage warehouse in the heart of Dutch capital, turned out the be the perfect setting for the latest series of Lee’s atmospheric black and white canvases.

After a successful introduction in Asia earlier this year, the NY-based painter conquered another continent with this intimate showcase that included a total of six new pieces. Along with three square pieces with a pitch black background, he also introduced his first ever tondo works which featured complex images painted against white negative space. Cleverly using the endless feel of a circle format, these new works felt brighter and more cheerful than his previous works, even while depicting explicitly sorrowful imagery. It’s Lee’s immaculate play with light and shadow, and its effect on his sphered subjects that constantly balances his imagery between positive and negative, happiness and sadness.

The show was accompanied with a double print edition that was simultaneously released at the gallery opening in Amsterdam, and at HK-based OTI gallery’s booth @ District 13 art fair in Paris. Both editions sold out quickly and the proceeds collected from the sales will be forwarded to Raices, a nonprofit agency that promotes justice by providing free and low-cost legal services to underserved immigrant children, families, and refugees in Texas. 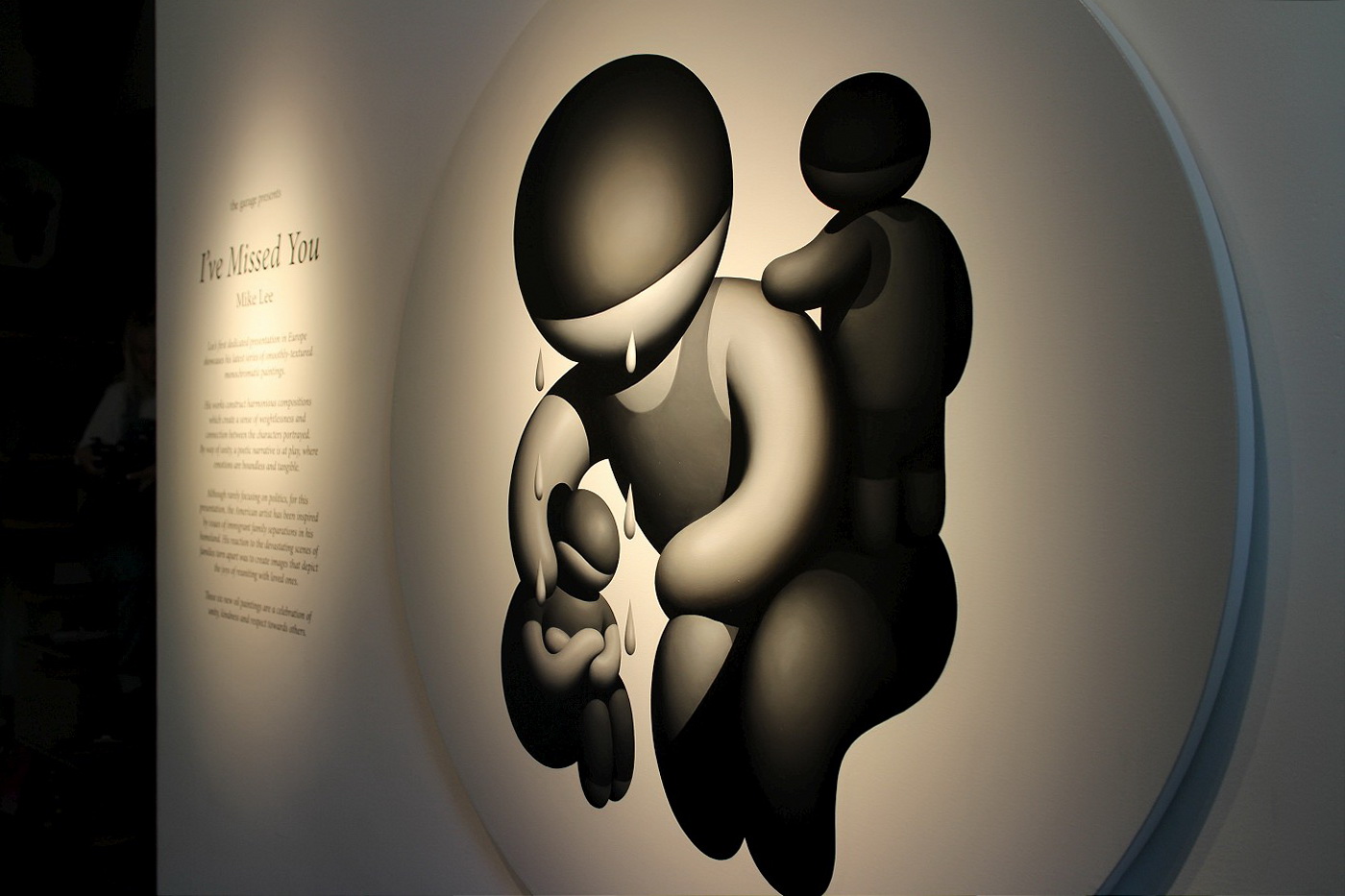 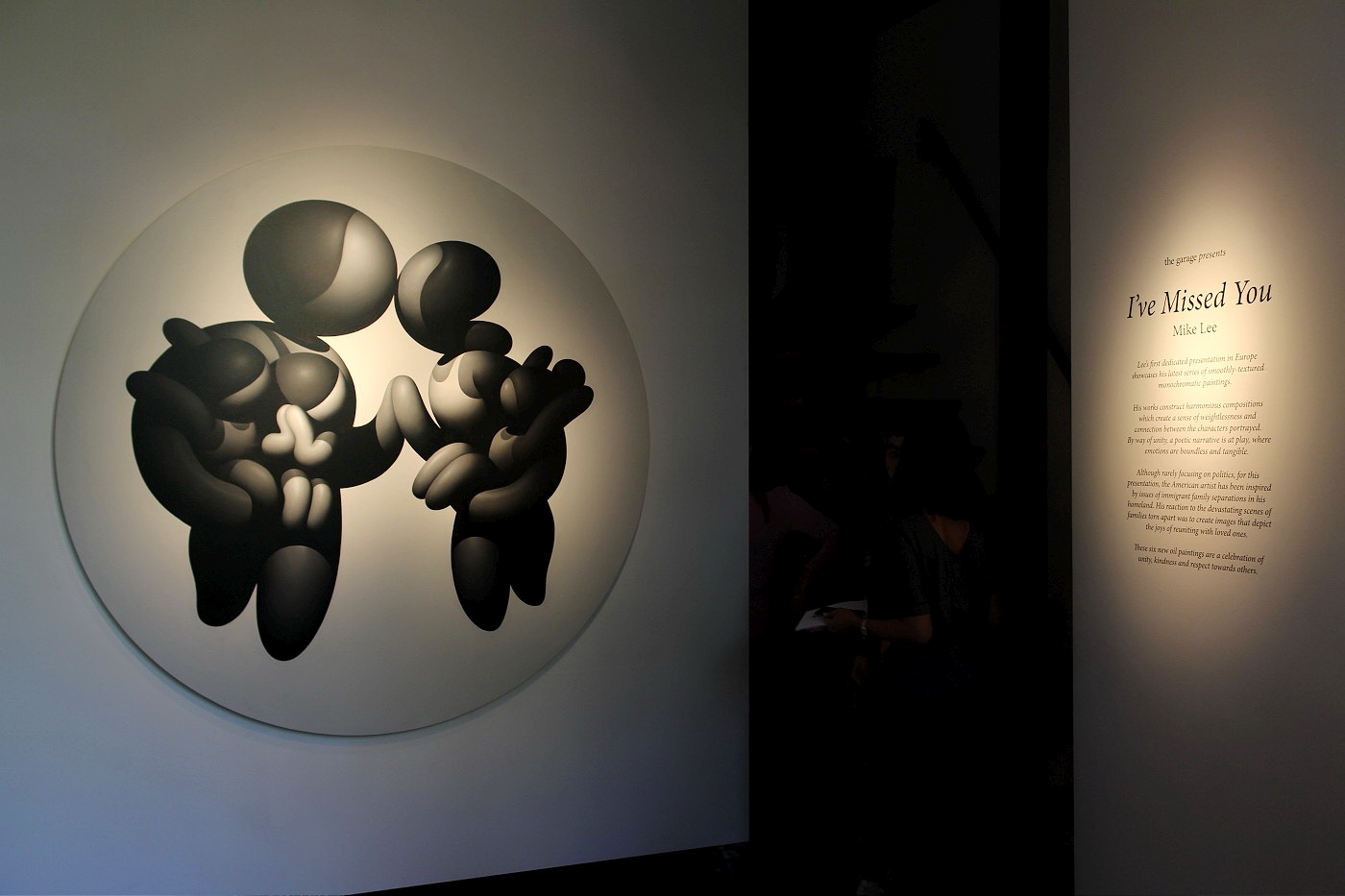 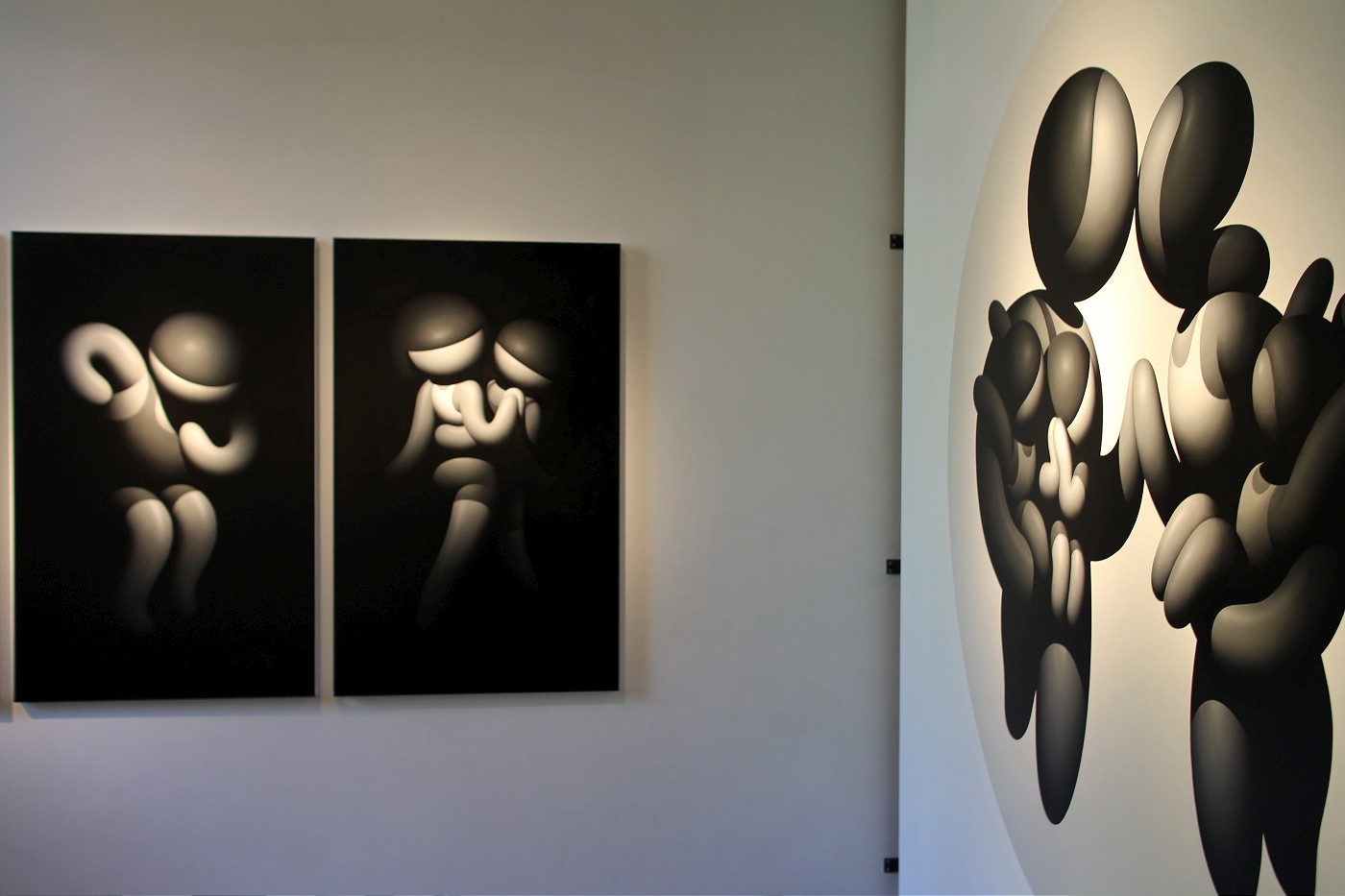 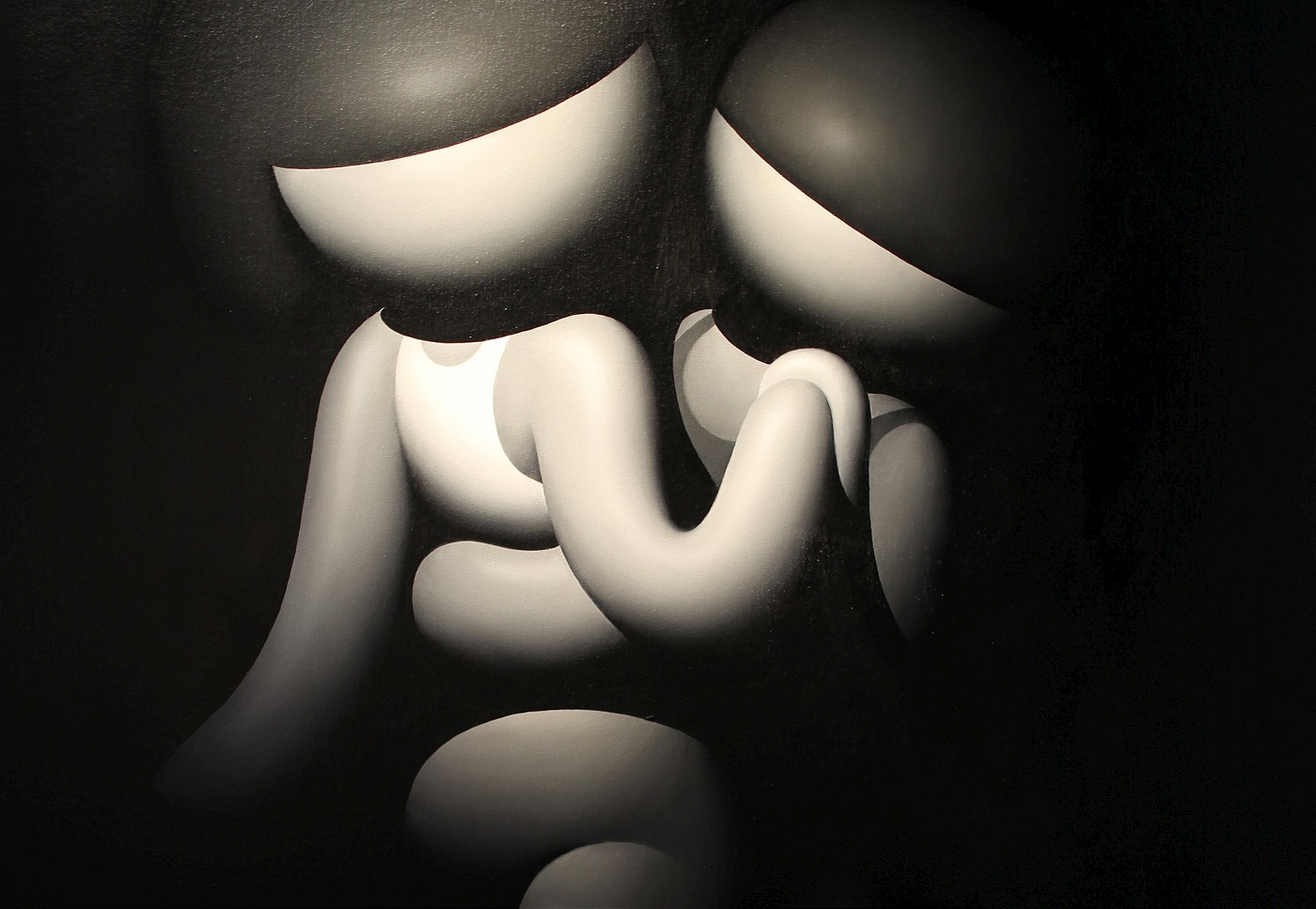 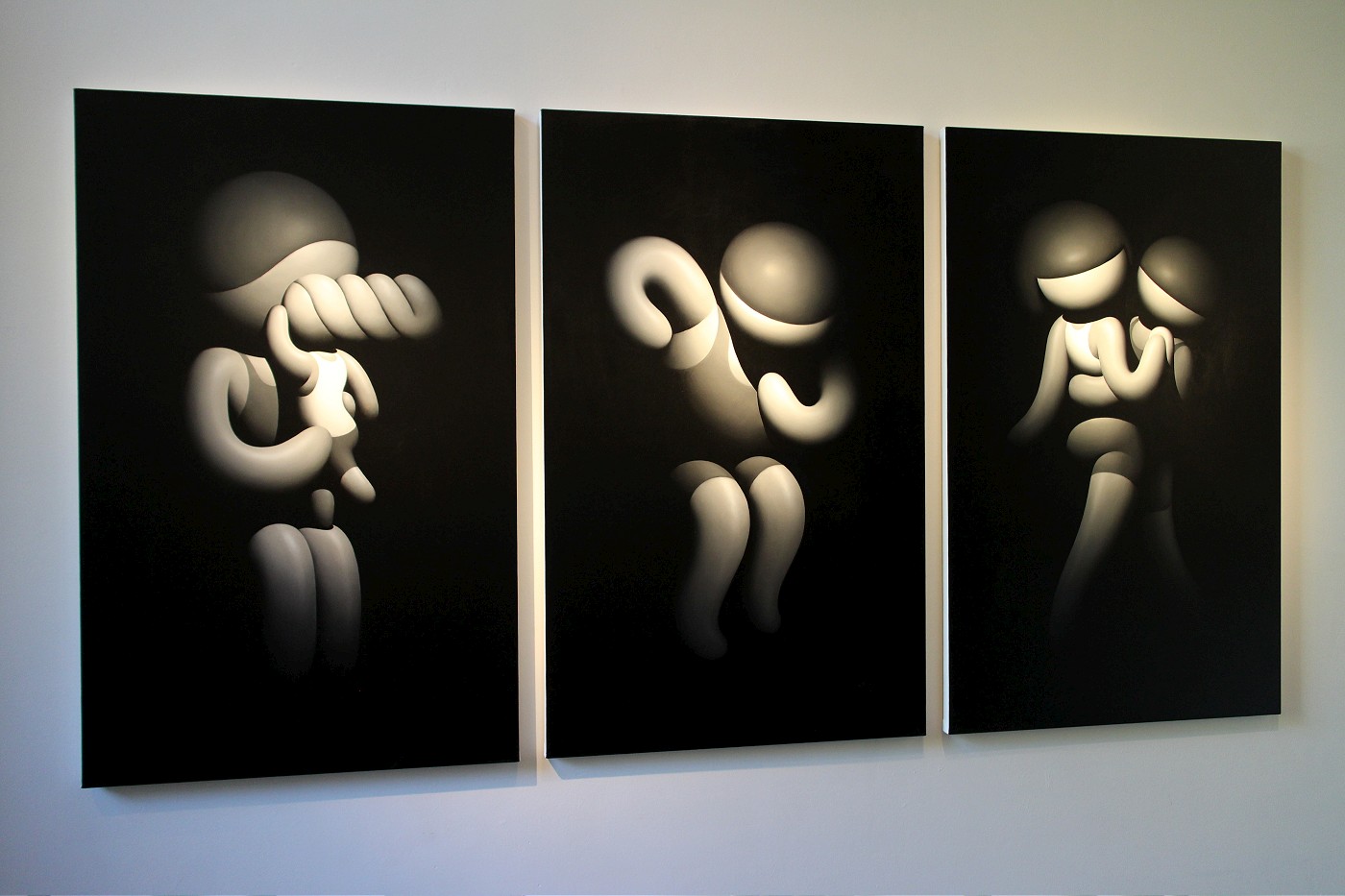 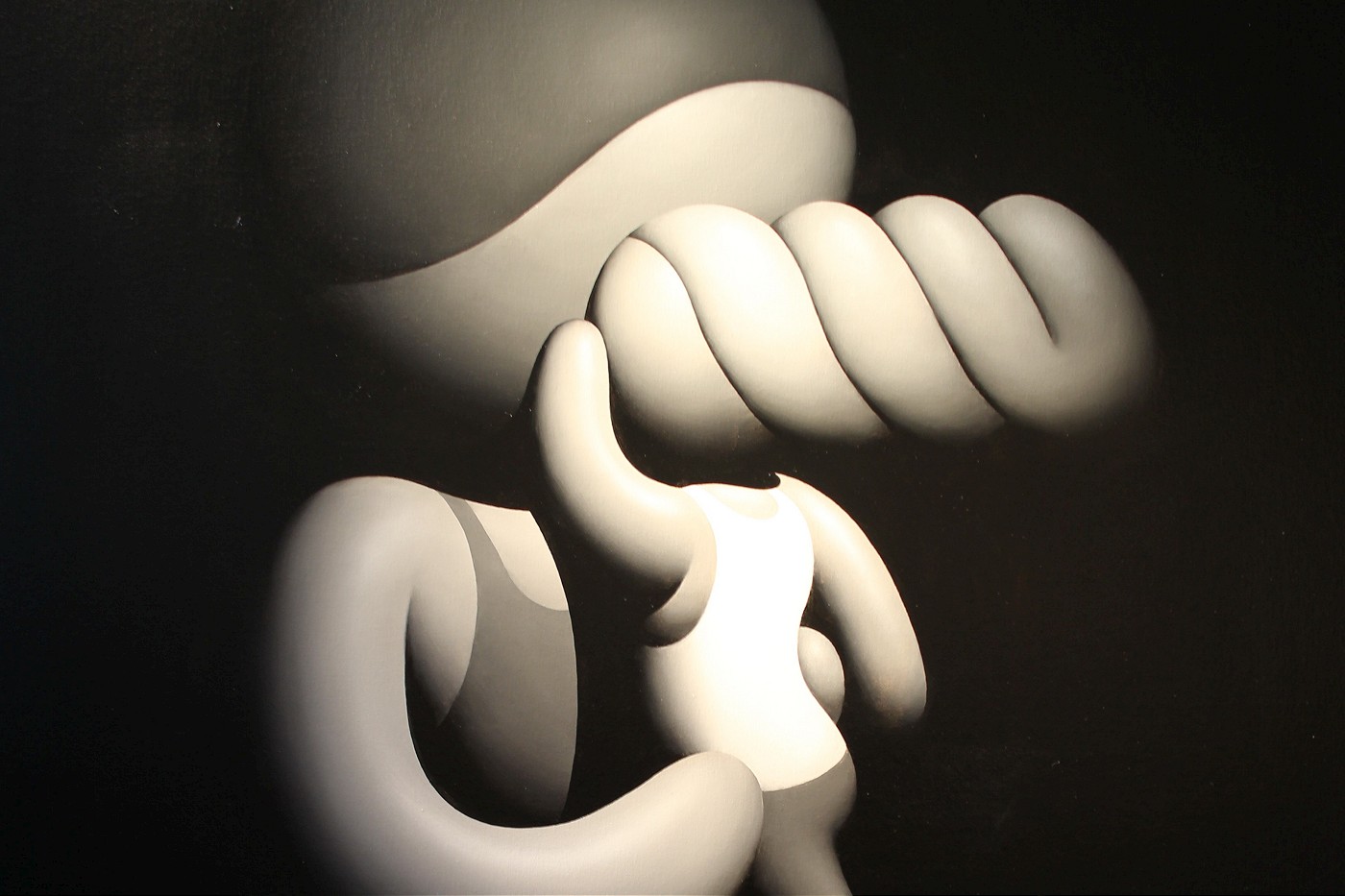 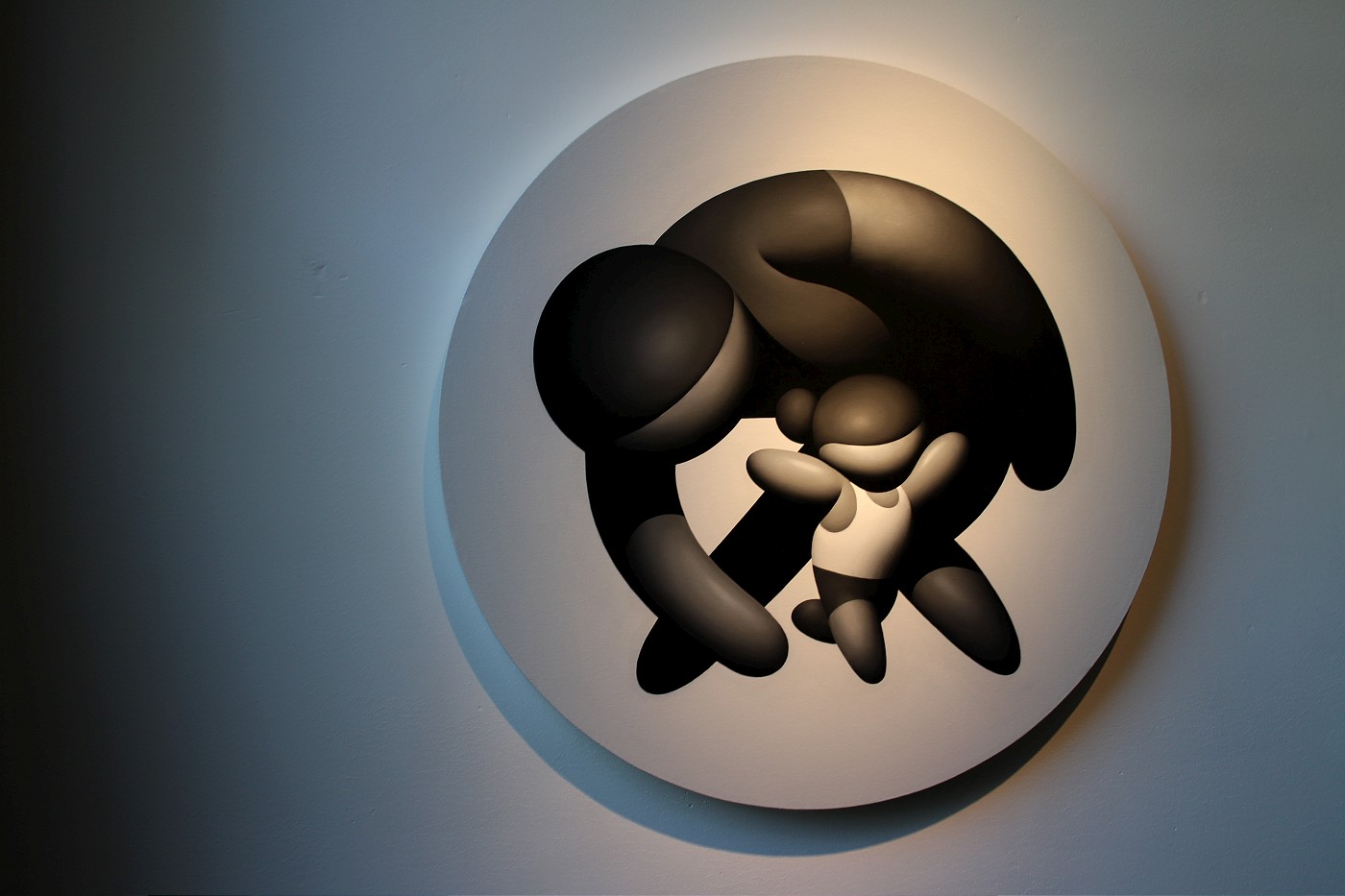 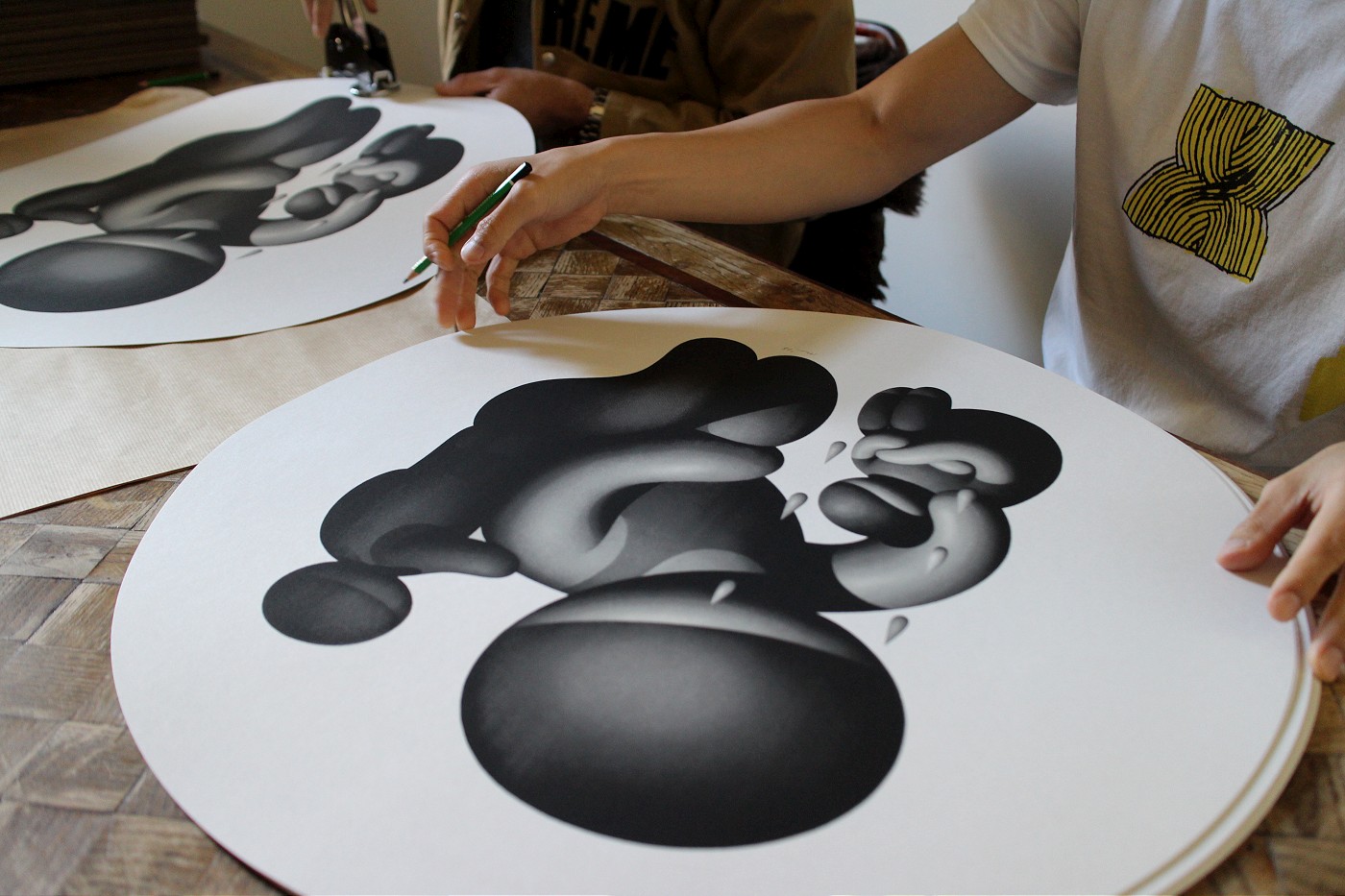