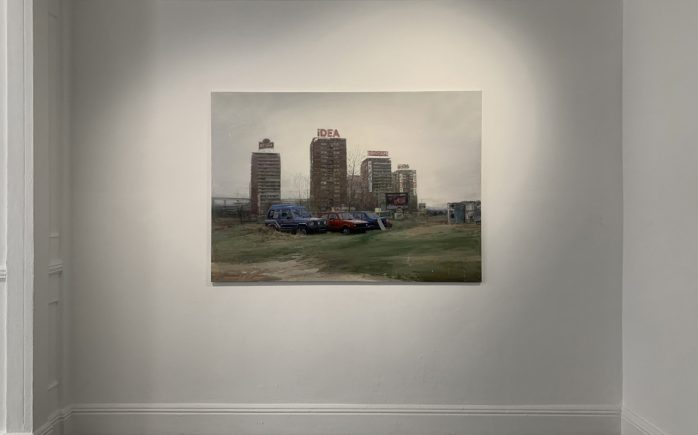 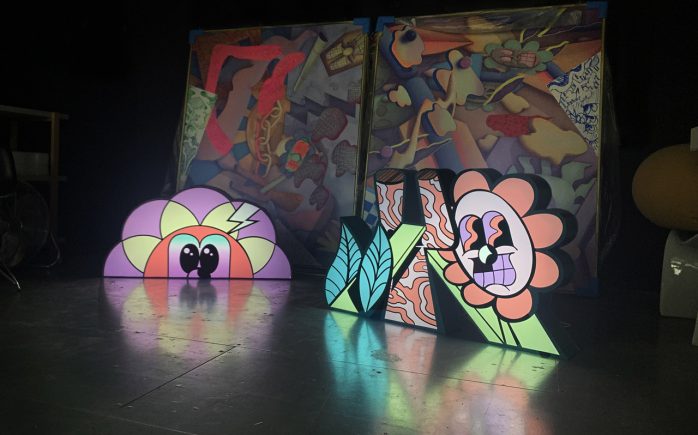 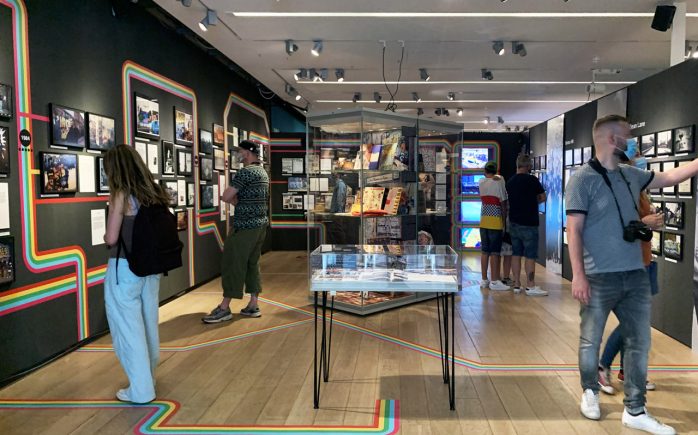 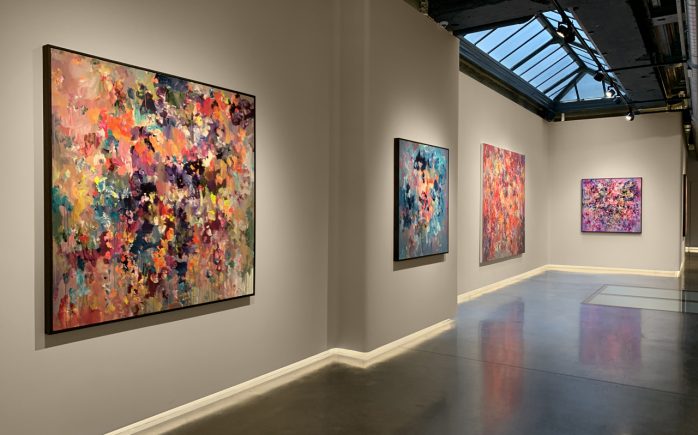 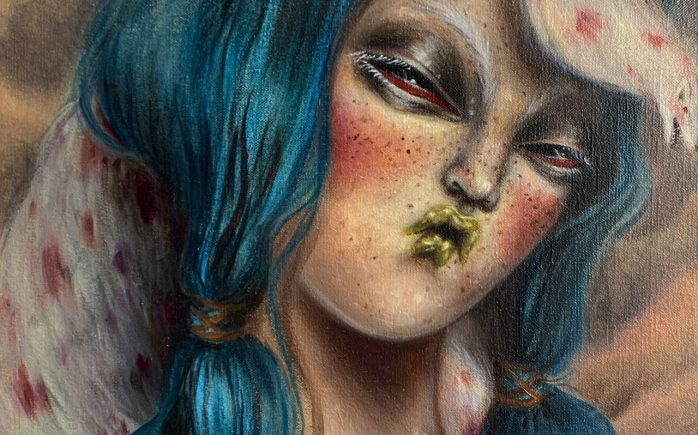 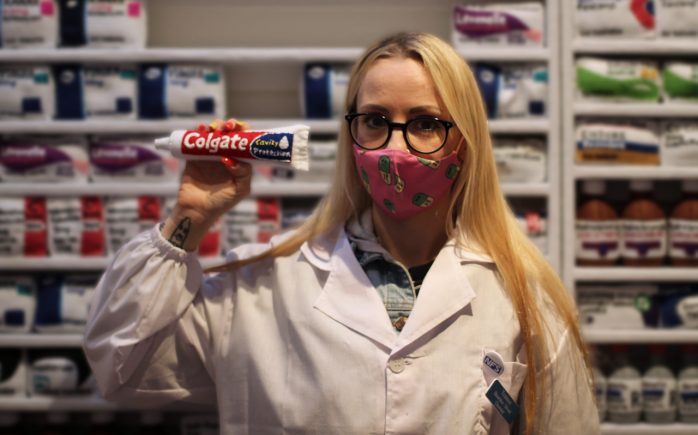 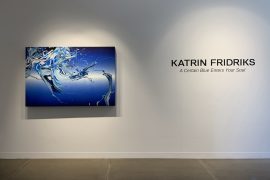 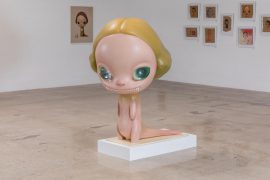 Over the holidays,  Slinkachu released a quickly sold out edition that cleverly satires our love for commercialism with his signature miniatures. The 20 unique BRANDED pieces mimic some of the original installations the London-based artist has left in Paris, Grottaglie (Italy), and Dubai and features some of the most sought after brands out there. Each was placed in a padded gift box with a signed and numbered mock receipt. Take a look at some of these in situ on the streets as well as a few of the […]
Continue reading...
Tweet

More stories below from this week (click on bolded words for more information): The 10 artists that broke into the art market big leagues in 2018. What the 7 biggest art lawsuits of 2018 mean for the art market. 16 globetrotting art aficionados tell us about the most memorable shows they saw in 2018. A year in visual culture and the people who defined it. 8 art advisors tell us which artists you should be watching (and buying) in 2019. The most influential artists of […]
Continue reading...
Tweet

Starting April of next year in Berlin, the artwork of Osgemeos will be part of an reinterpretation of Pictures at an Exhibition, Russian composer Modest Mussorksy’s most famous creation. Dovetailing nicely with the artistic duo’s love for hiphop culture, breakdance crew Flying Steps will be bringing the music to life with their choreography with OsG’s imagery as the backdrop. As you can see from the photos and video below, the Brazilian brothers went big with their stage design – something their fans will be sure to love […]
Continue reading...
Tweet

Addam Yekutieli aka Know Hope recently announced his 2019 print subscription featuring a series of upcoming silkscreen editions. Produced in an run of 50 and sized at 21 x 29.7 cm each, the set of six prints in total will be sent out individually January, March, May, July, September and November of next year. The Israeli artist has revealed the first image (seen above), which features his signature character along with some reoccurring motifs from his work like birds, wood poles, and poetic phrases. Those interested […]
Continue reading...
Tweet

For his first showing in Asia that is on view through the end of the year, Josh Sperling has unveiled a selection of his signature geometric forms executed on a series of shaped canvases. Entitled Two Purple Tigers, the exhibition from the American artist at Perrotin Gallery’s Seoul branch explores the sculptural potential of painting. Drawing from influences that range from Googie-style signs to the Memphis furniture trend of the 1980s to Keith Haring’s figures, the bold angular shapes and sinuous curves of the upstate New York-based artist intrigues […]
Continue reading...
Tweet

Today through APPortfolio, PichiAv has released a new sculptural edition entitled Hybrid Psyche. The series of 250 pieces featuring the Spanish duo’s signature Urban Mythology style that mixes their depiction of greco-roman marble figures with graffiti. The three-diminional representation of the pair’s work were all lined up on a wall over which they sprayed a mural with their signature palette. Sized at 8 x 17 x 15.4cm, the edition can be yours for $548 here. Discuss PichiAvo here.
Continue reading...
Tweet

Making a statement during the holiday season in his own unique way, Banksy has created a new piece in  South Wales. Featuring a boy enjoying what appear to be snowflakes while trying to catch some on his tongue, the mural turns dark when you look around the corner and realize it’s actually ash from a burning dumpster, not snow. Surely a commentary on Port Talbot (one of the most polluted areas in the UK) where the piece is located, a video (seen below) from the […]
Continue reading...
Tweet

For our final look at Art Basel, we’ve included photos of the more striking and impressive pieces of work that were on view at Miami Beach Convention Center between December 5th – 8th. Comprising of sculptural works, paintings, drawings and installations, this selection includes both rarely or never before seen works by the big guns of the contemporary art world, as well as some pieces from new names and emerging artists debuting at one of the world’s leading art fairs. We’re starting off with a poetic wooden sculpture […]
Continue reading...
Tweet

Brooklyn’s Honey Ramka Gallery is currently showing Never Learn Not to Cease to Exist, their first solo show with Nat Meade. This intimate showcase comprising of mostly small and medium size casein on hemp pieces continues the NYC-based artist’s experimentation with archetypes of male figures. Born in Massachusetts and raised in Portland, Oregon, Meade received his Master of Fine Arts degree in 2007 from the Pratt Institute, in Brooklyn, where he currently lives and works. Over the last couple years, he started developing a body of work which […]
Continue reading...
Tweet