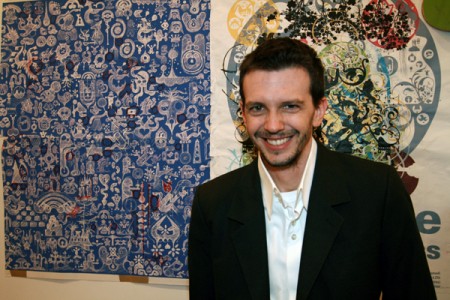 Last week, Ryan McGinness (featured) had an opening in Madrid’s Casa Encendida. The show “Studio Franchise” was not only the NYC artist’s classic works, but also a glimpse into his studio. Ryan replicated his studio in a giant installation to give art goers an idea of how he came to create some of his gems. We can atteste it looked very similar to his actual studio when we visited it for his 50 Parties auction (here).

We also saw Banksy and Audrey Kawasaki give their fans a peek into their studio as both imported their workspace for their “Bristol vs. Banksy” (covered) and “Drawing Room” show (covered) respectively. Hopefully more artists will join in this interesting trend of bringing a portion of their studio to shows.

Check out more from Spain after the jump. 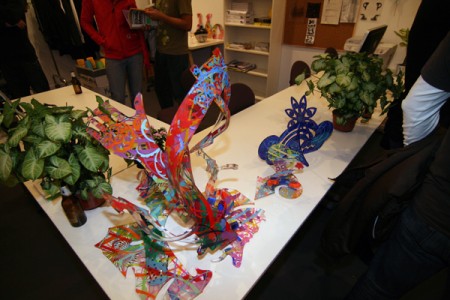 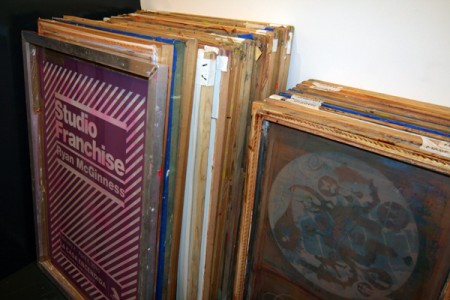 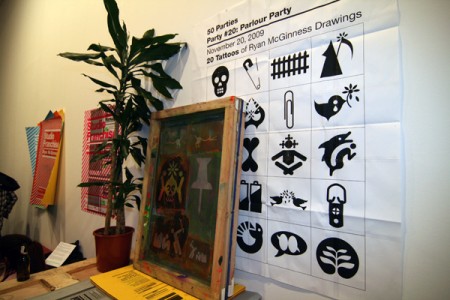 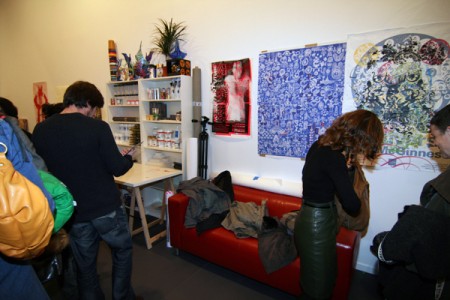 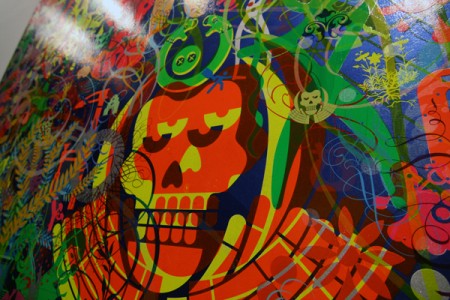 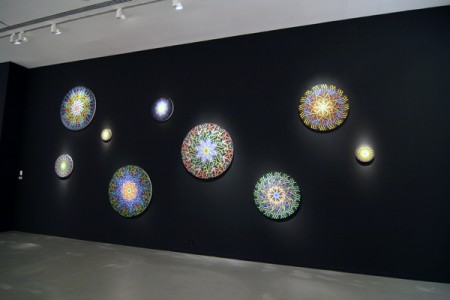 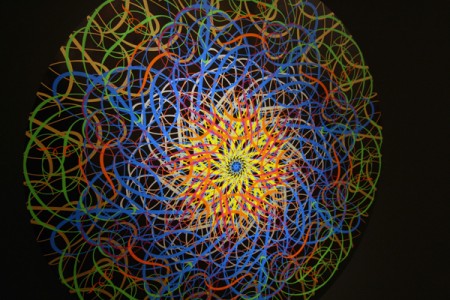 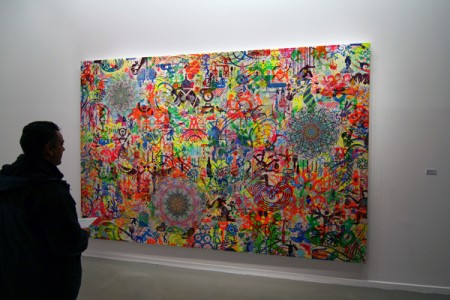