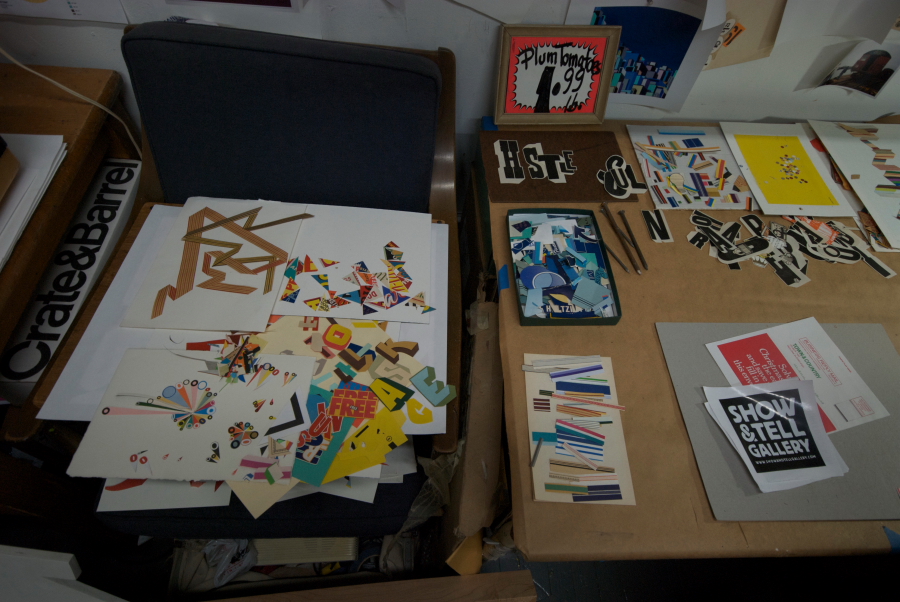 Greg Lamarche brings his distinct collage works to Toronto this month for his solo show “Cut To The Chase” with Show & Tell Gallery (showing alongside Justin Green) opening on April 9th. Lamarche has shown at the gallery before in a three person show (covered last year) alongside Steve Powers (featured) and Greg Gossel (interviewed), and we eagerly await to see what he does within the the gallery space – hopefully, we get to see some of his installation work seen recently at the Scope Art Fair in New York with Anonymous Gallery.

His work incorporates a series of found materials, printed paper and ephemera and evoke the dynamism of his early days as a graffiti writer (SP. ONE) in New York in his text based pieces. He also creates more abstract works, where we love his use of the negative space.

More images from Greg’s studio and preview of some of the show pieces after the jump. 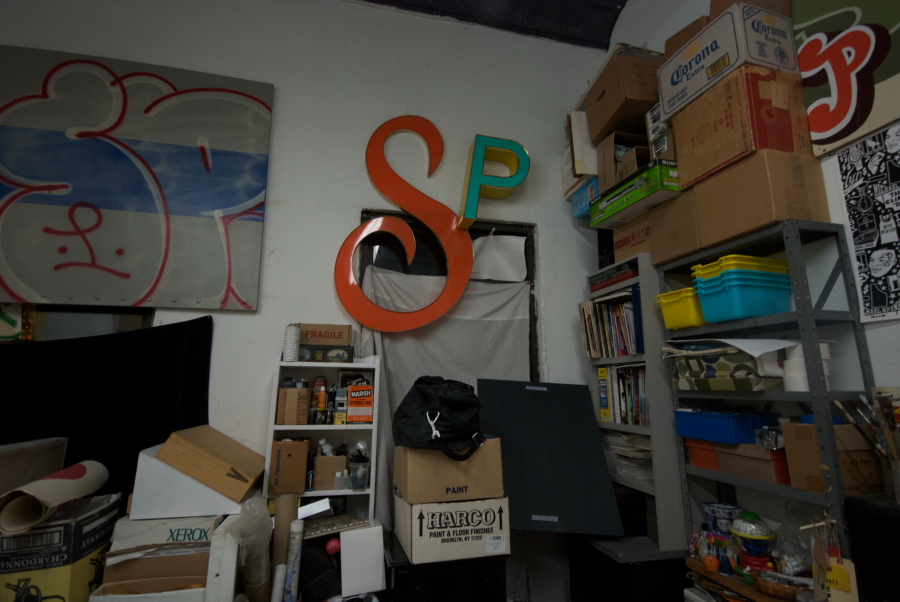 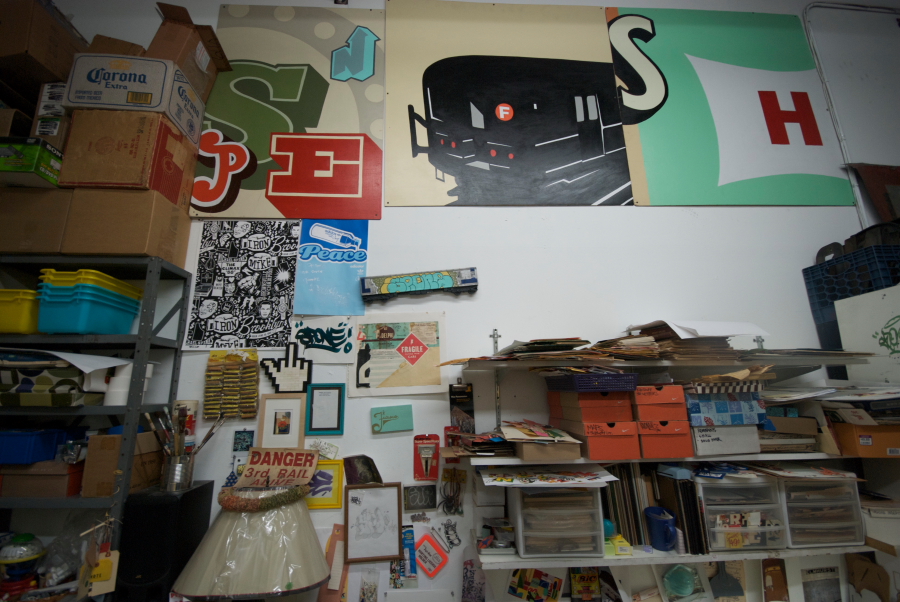 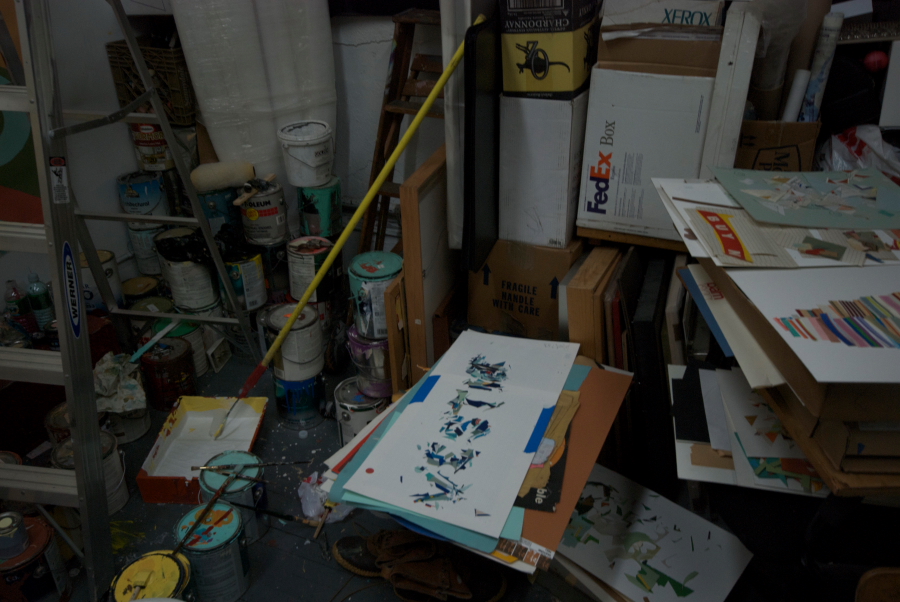 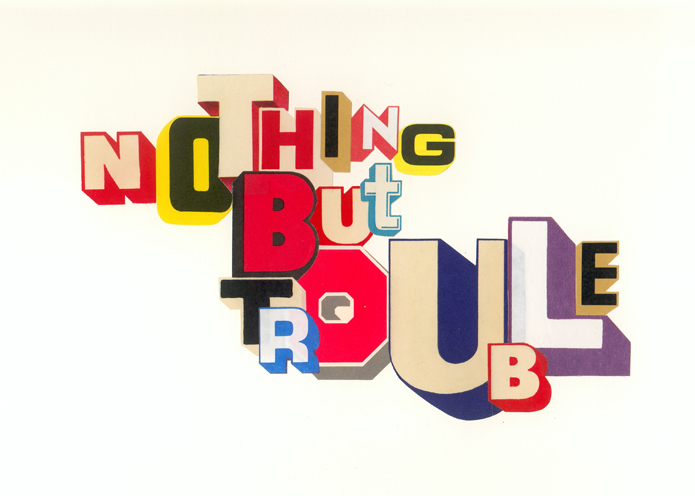 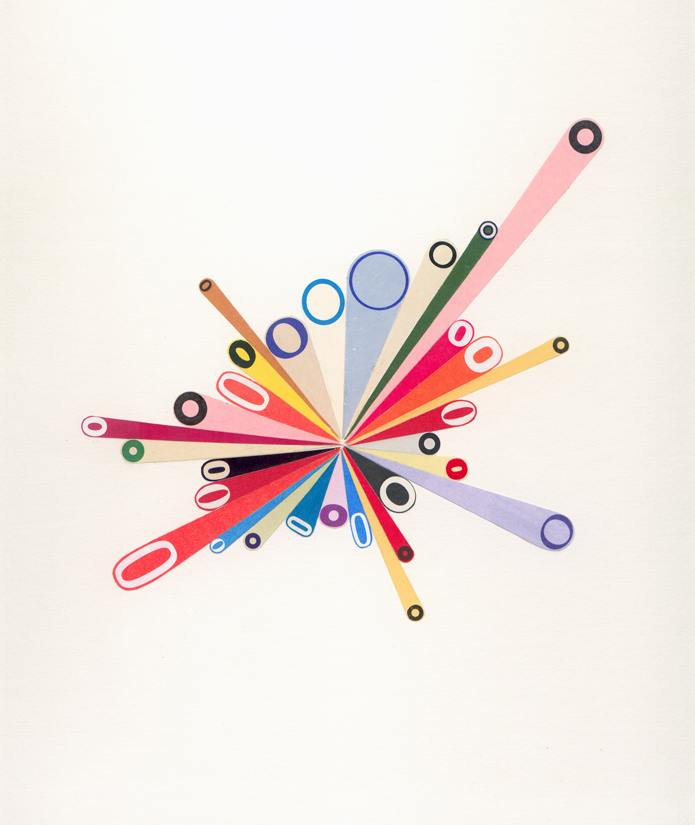 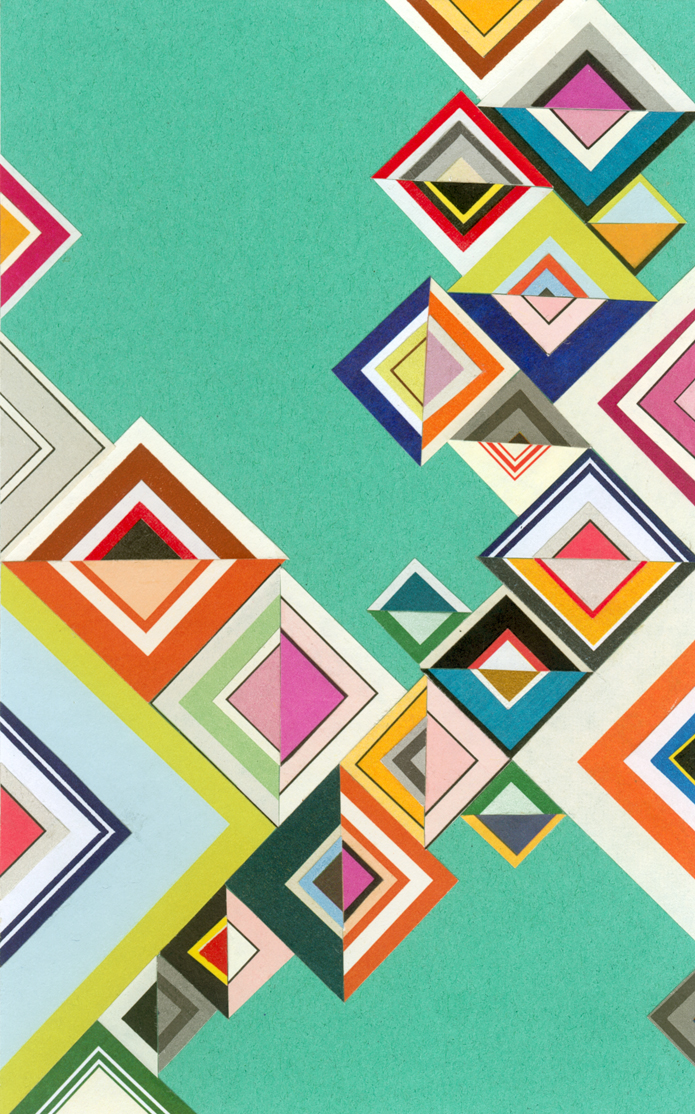 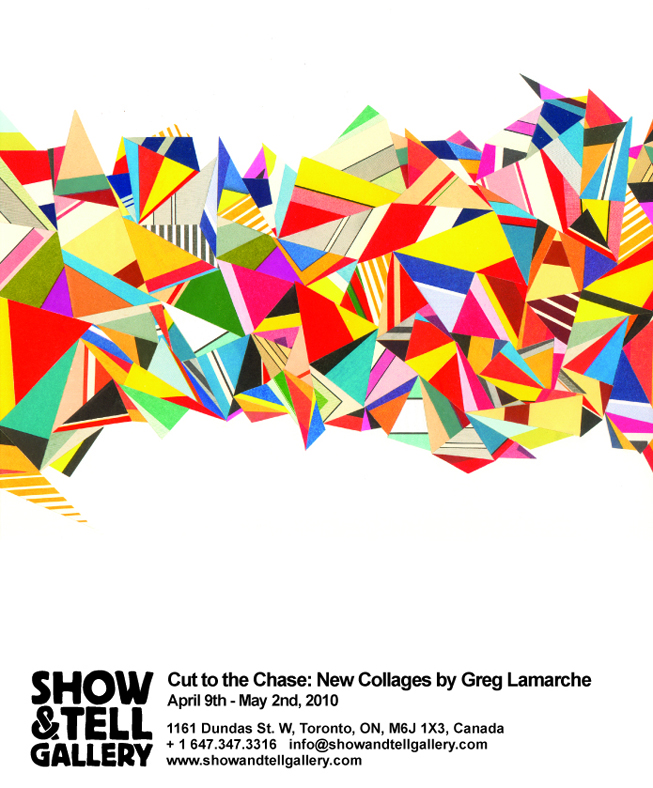