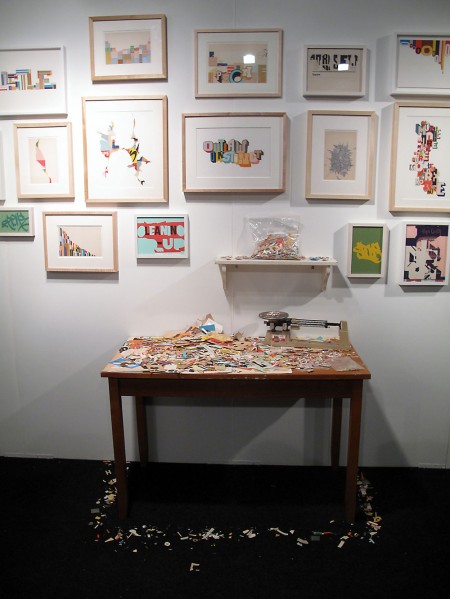 We attended the preview of Scope New York last Wednesday and visited the fair again on Saturday, and with the exception of stand-out booths by Anonymous, David B. Smith and newcomers Jackie Paper, found the fair to be somewhat disappointing overall. The show seemed small, not just relative to the enormous size of this year’s Armory Show, but compared with this year’s Scope Miami or last year’s Scope NY. And the overall selection and quality seemed to be down as well, with not a lot of interesting work beyond what we were already familiar with.

But we’d rather not harp on the negative, but instead focus on the aforementioned galleries that we enjoyed.  More after the jump… 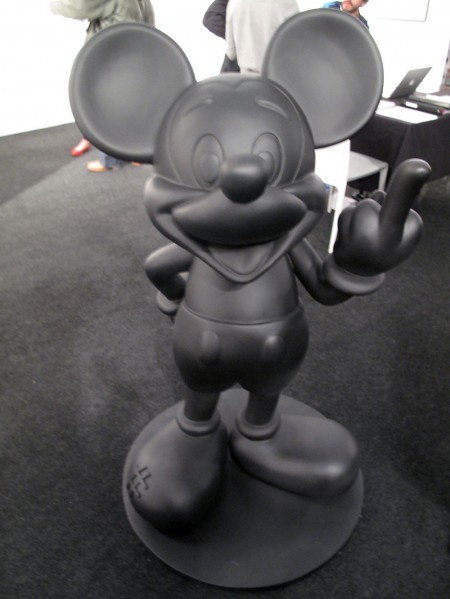 Upon entering the fair, we had high hopes, because the first booth we encountered was that of Lower East Side’s Anonymous Gallery. We were really impressed with Anonymous at Scope Miami this year (David Ellis, Maya Hayuk and Rostarr), and without showing any of the same artists, they were able to create an equally exciting booth in NYC. Greg Lamarche took his art to the next level by creating an installation that likened his cut paper to drugs, complete with scales and dime-bags full of paper scraps. His framed collage works covered the wall above, with many veering away from the colorful text compositions he’s known for toward something a bit more minimal. Anonymous rounded out their display with the varied urban pop art of Kostas Seremtis and graphic abstract works by Eric Haze. 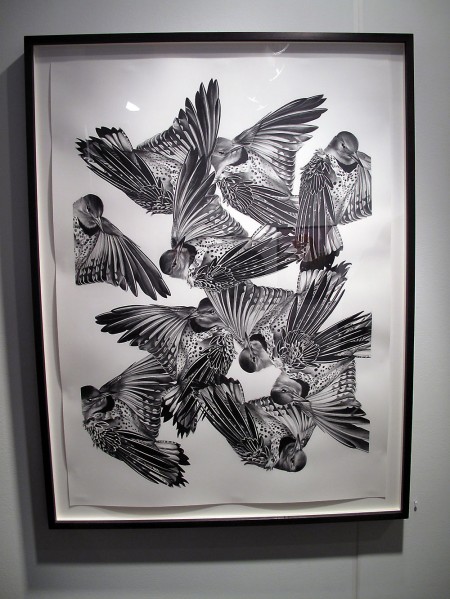 As previewed, Denver’s David B Smith Gallery delivered a solid booth filled with works from his stable of artists, including Gregory Euclide, Jason Theilke (interviewed), Kristen Schiele and AJ Fosik. We were most excited to finally see in person two pieces by San Francisco-based artist Christina Empedocles, whose wax pencil compositions of birds were visually stunning, but also had a subtle conceptual aspect to them. We were definitely intrigued by her work, and look forward to seeing more. 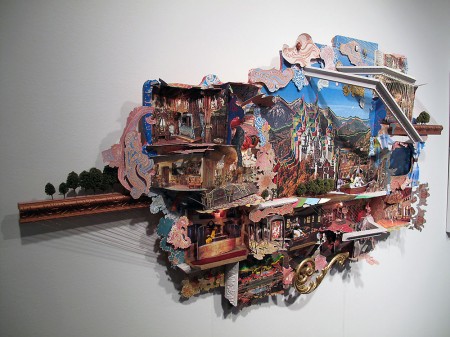 Last but not least, Jackie Paper – a new project by Laura Pinello and Lori Zimmer – exhibited a solo show by Ryan V. Brennan, who creates whimsical yet intelligent mixed-media sculptures that incorporated video. Also on display, was Jackie Paper’s Art Machine – a candy vending machine repurposed to dispense small original works of art by the likes of Travis Louie and Molly Crabapple for only $1. Certainly the best bargain of the fair.