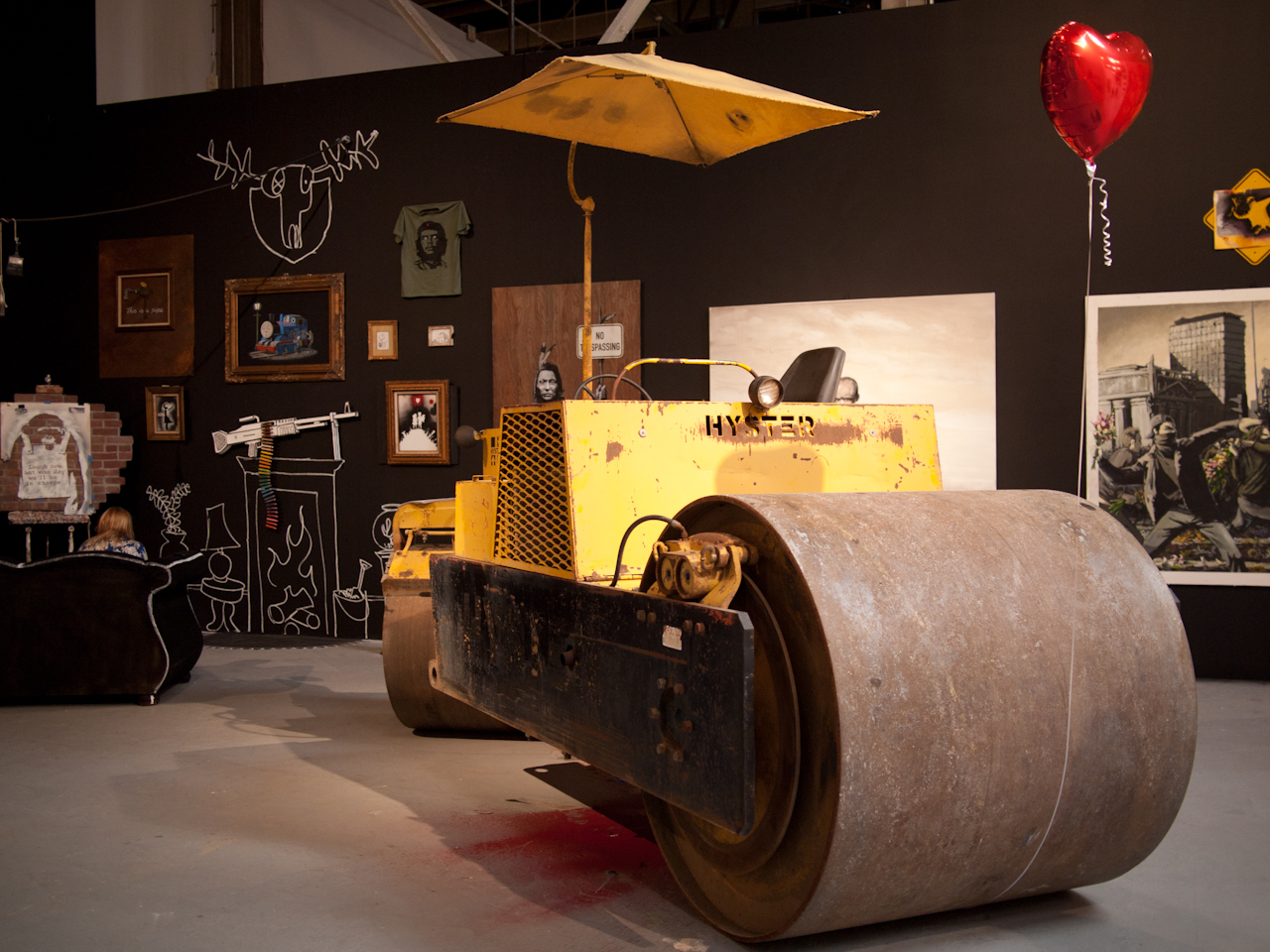 The most speculated upon artist of Art in the Streets was none other than the mysterious and supremely talented Banksy. Not “officially” announced on the initial roster of artists involved in the MOCA exhibition, rumors buzzed in art land that the acclaimed director of the Oscar nominated Exit Through The Gift Shop would be the “special guest” appearing in the exhibition. Banksy didn’t disappoint as he brought the “heavy weaponry” back to the city that held his Barely Legal show in 2006.

Banksy brought many top notch pieces with him from stencils of his classics to versions of many of the outdoor works such as Crayon Shooter & Chalk-lined Living Room. We were also happy to see inclusion of some of his animatronics and sketches. Perhaps one of our favorite pieces was a large painted version of the Los Angeles Rodney King incident as seen through the eyes of the clever artist. If you missed his legendary museum show in Bristol, do you yourself a favor and go to the MOCA.

Check out a detailed viewing after the jump. 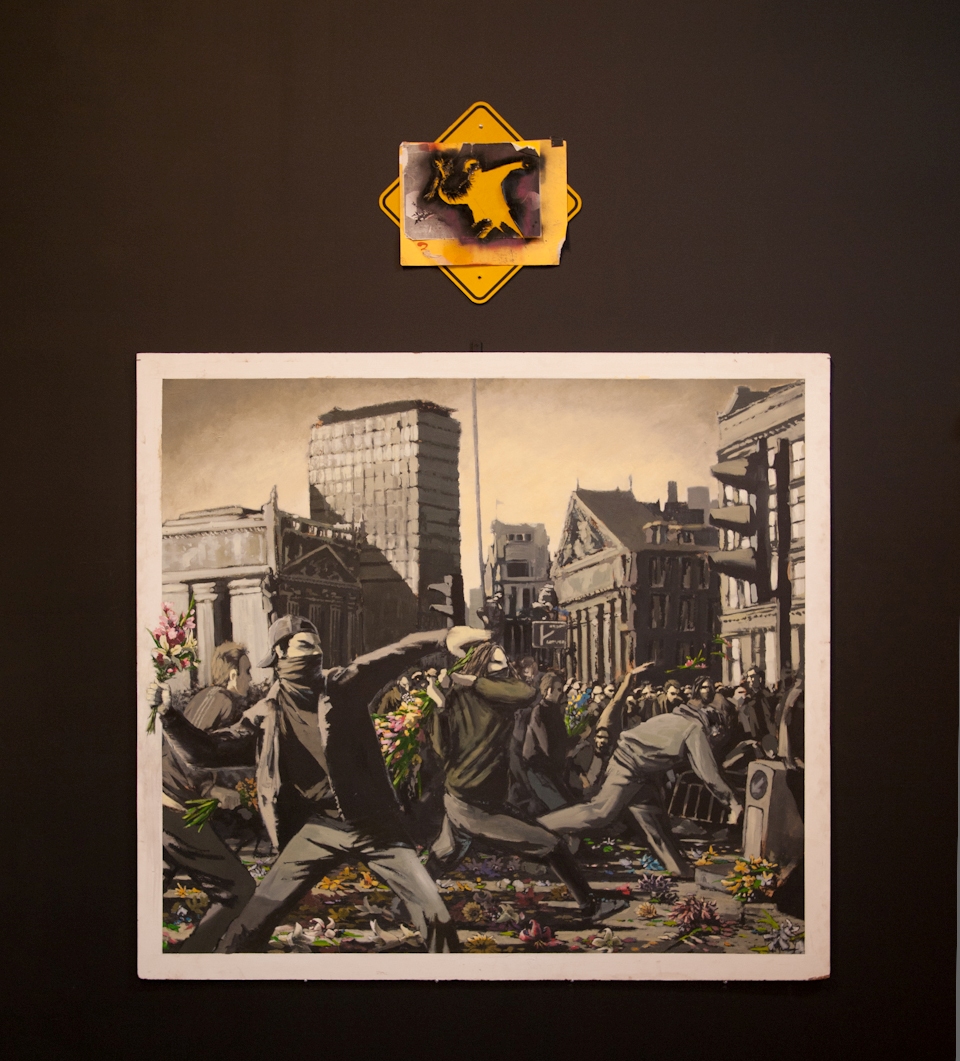 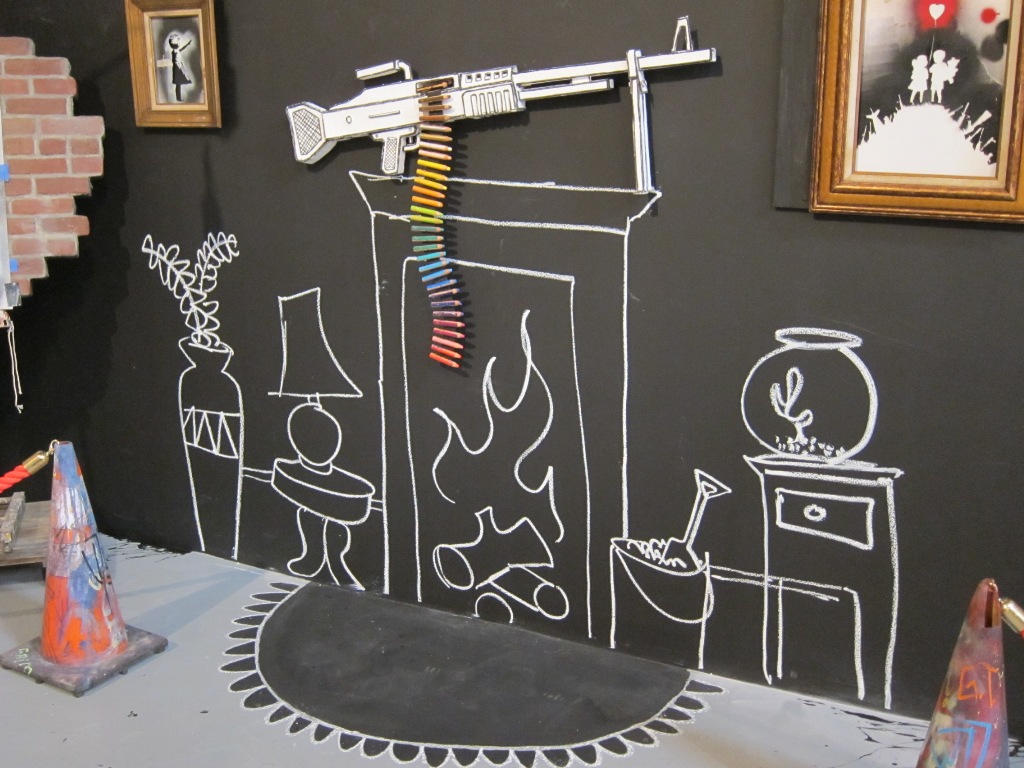 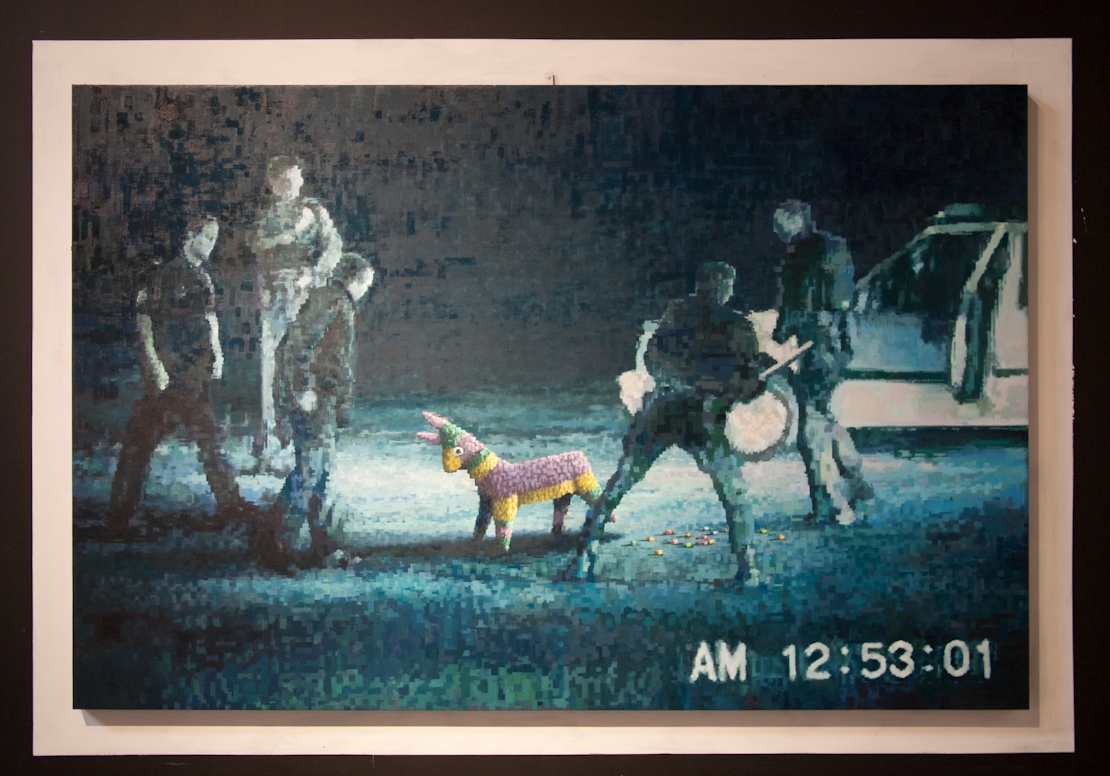 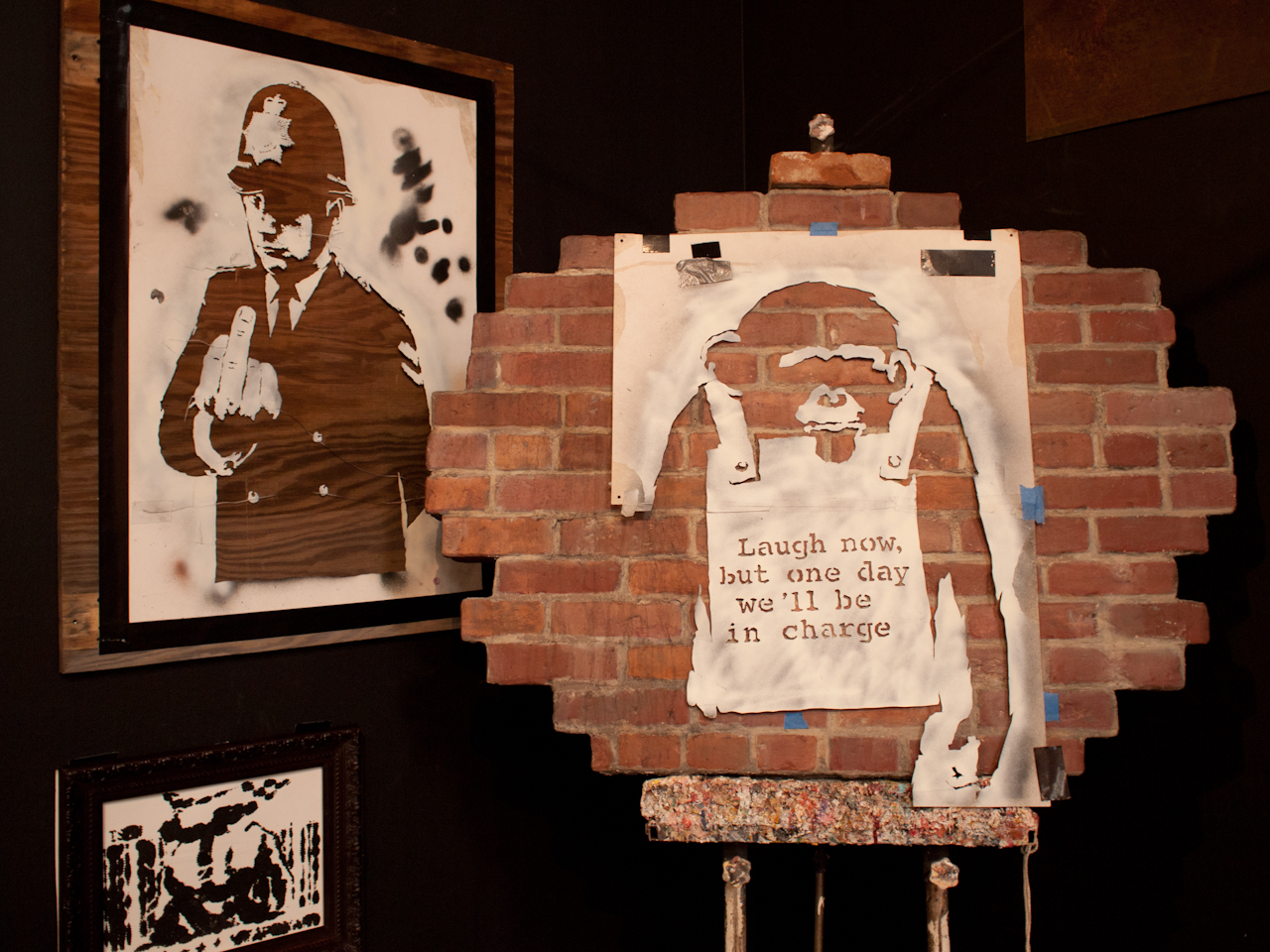 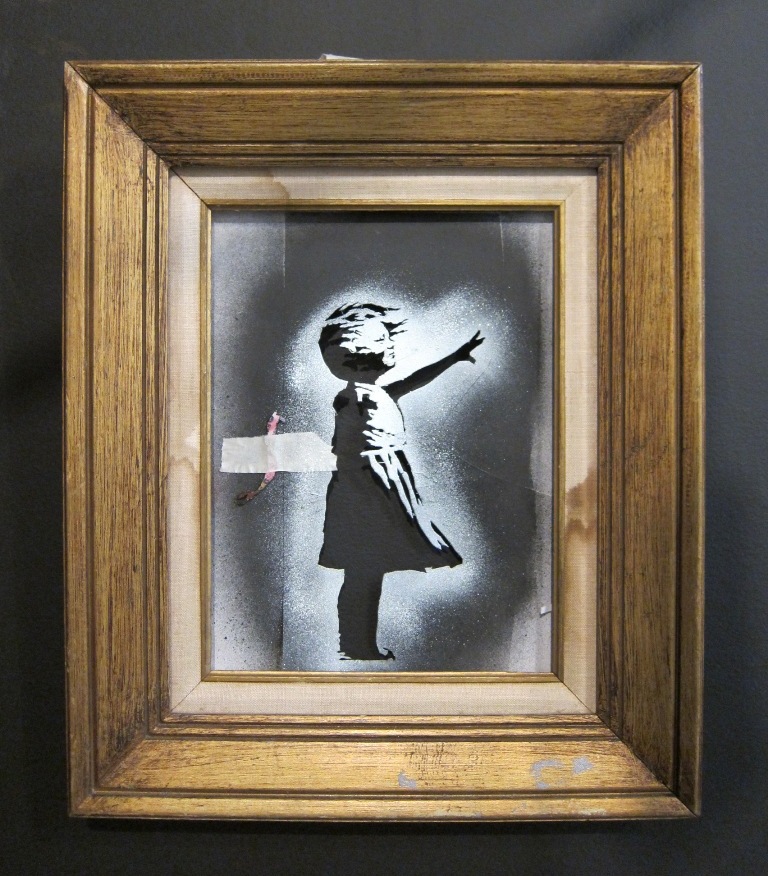 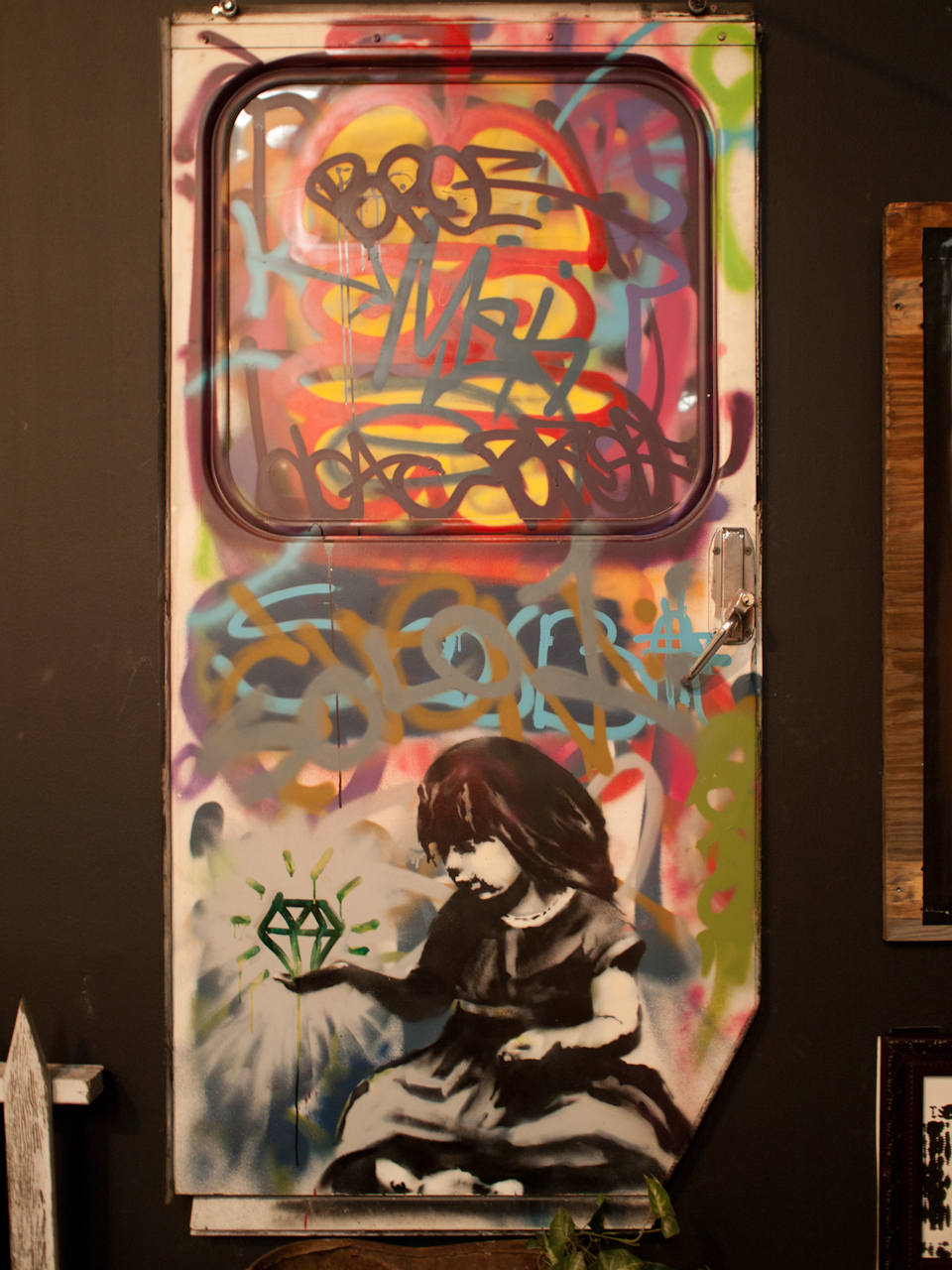 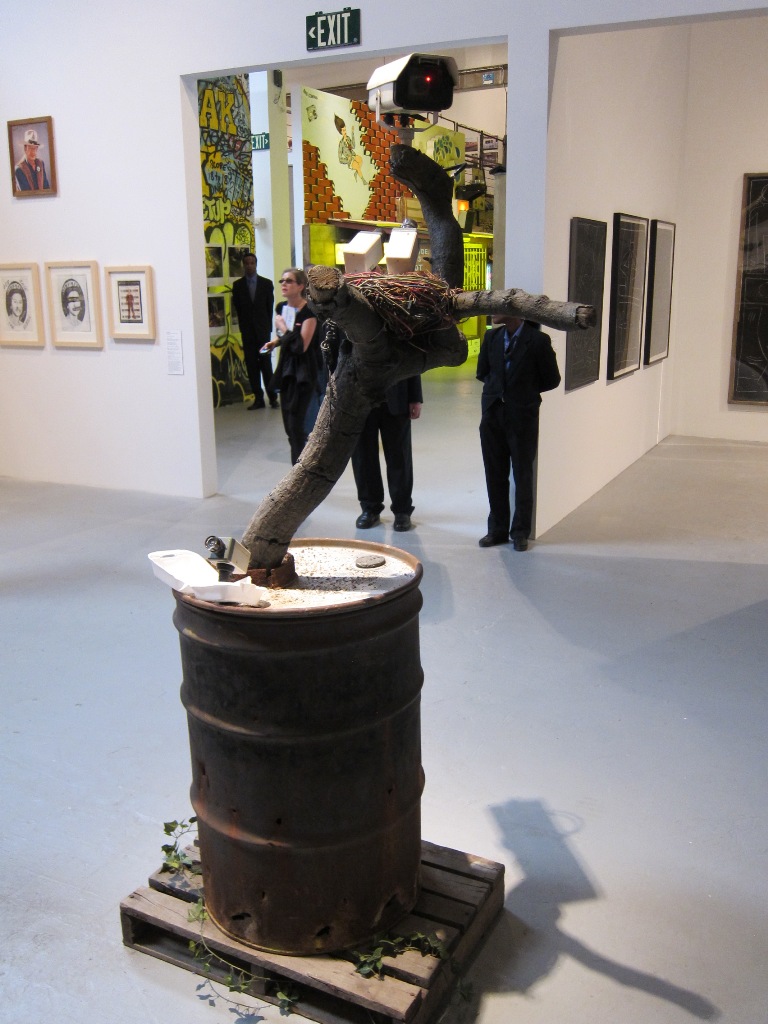 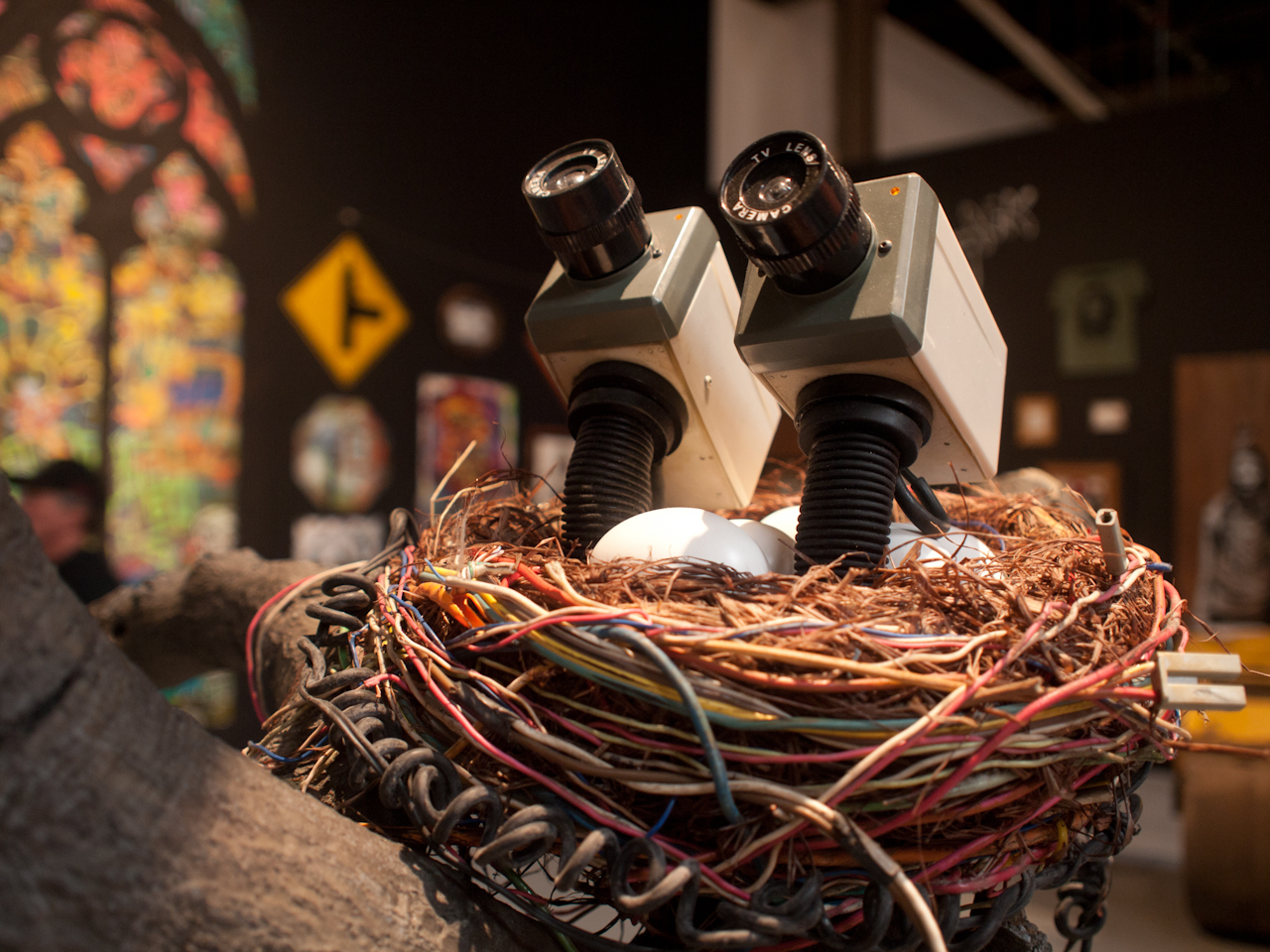 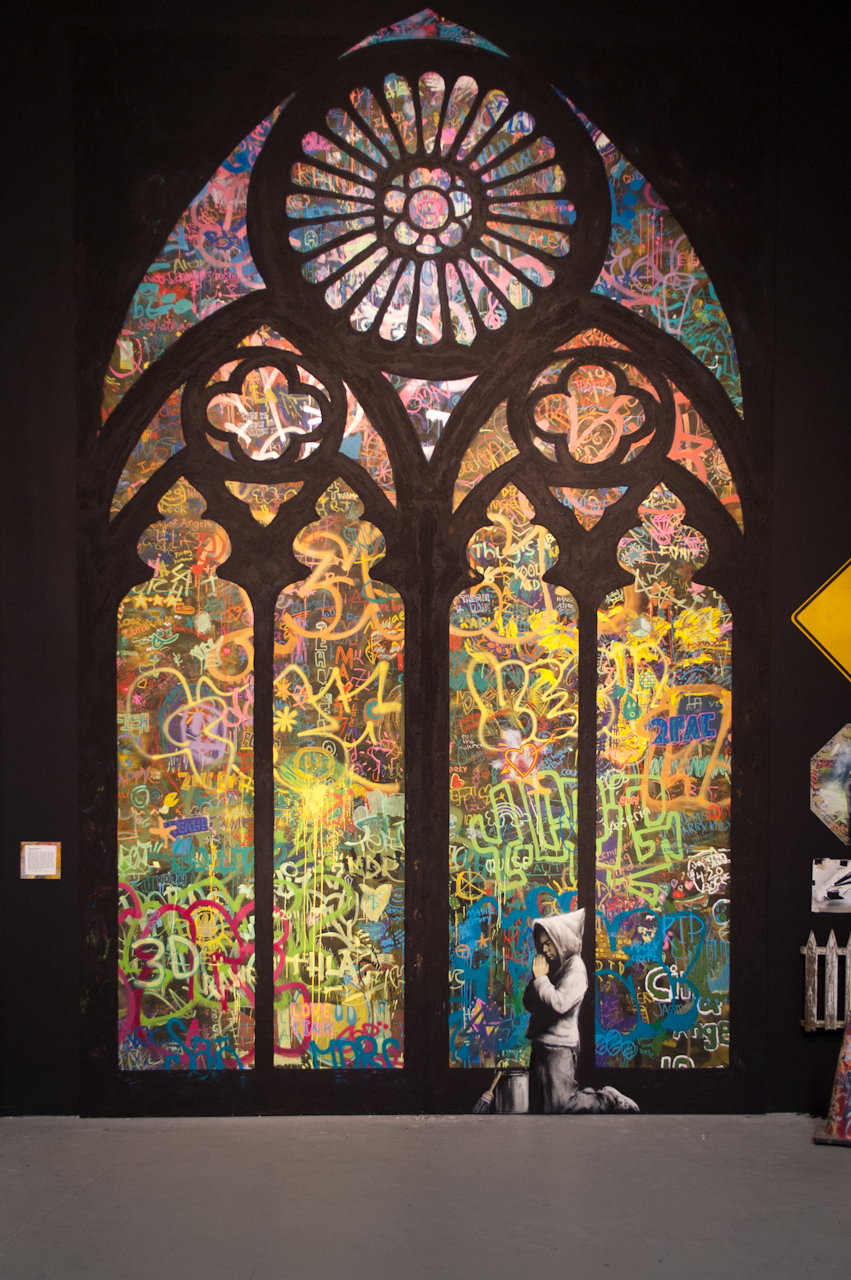 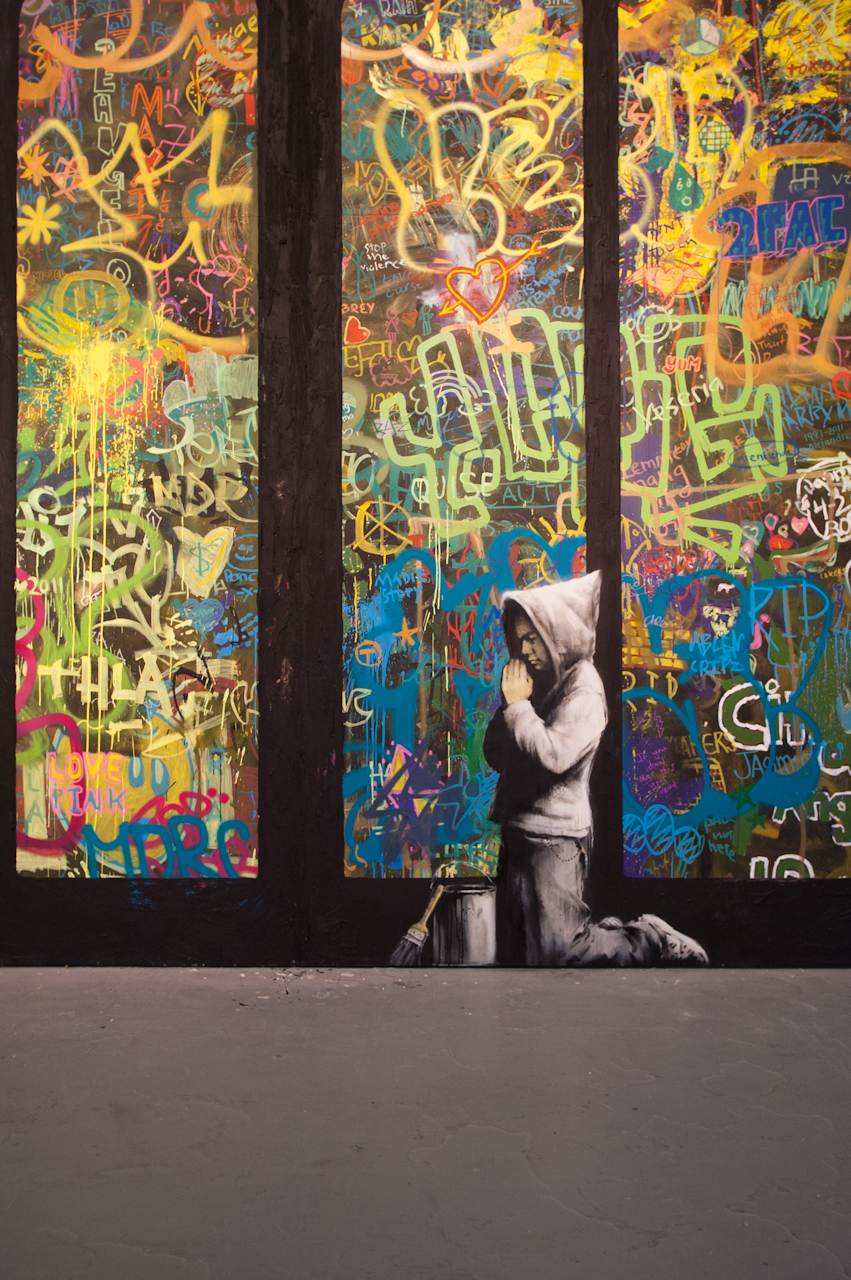