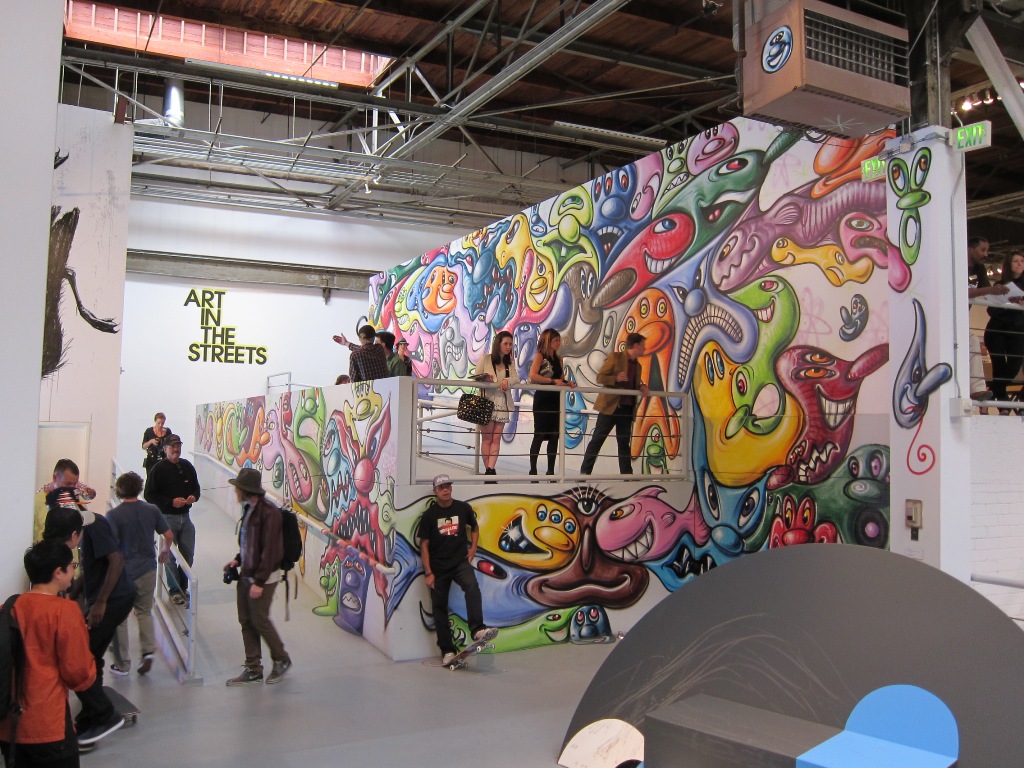 This morning, the Los Angeles MOCA lifted the veil of secrecy on its highly anticipated “Art in the Streets” exhibition.  This first major U.S. museum survey of graffiti and street art is the brainchild of Jeffrey Deitch (along with associate co-curators Roger Gastman & Aaron Rose) and was certainly one of the first enticing possibilities that came to AM’s mind when we first heard of his unconventional hiring as MOCA’s director early last year. Despite the inevitable quibbling about who was and who wasn’t included (focus was selected graffiti and street artists starting from the 1970s concentrating on key cities such as New York, Los Angeles, San Francisco, London, and Sao Paulo), the importance of this exhibition as perhaps the watershed event for this genre of art cannot be understated.

That said, the breadth and majesty of the installations included must be seen in person to be fully appreciated.  From the visual delight of Os Gemeos walls, to the monster ROA unfolding panel install, to the Neck Face alley with the artist incognito as a bum, to a new rendition of the famous Mcgee / ESPO / REAS “Street Market”, to the Swoon illuminated tent, to the “worst kept secret” Banksy room, the historic gathering of these street luminaries was a sight to behold.

While some hardcore fans and fundamentalists believe street art and graf can’t be brought indoors, the MOCA certainly tried its damn well best to and you definitely do not want to miss this if you are anywhere near the greater LA area starting April 17th and before it closes on August 8th. Feast your eyes on our first look (comprehensive review to follow) after the jump… 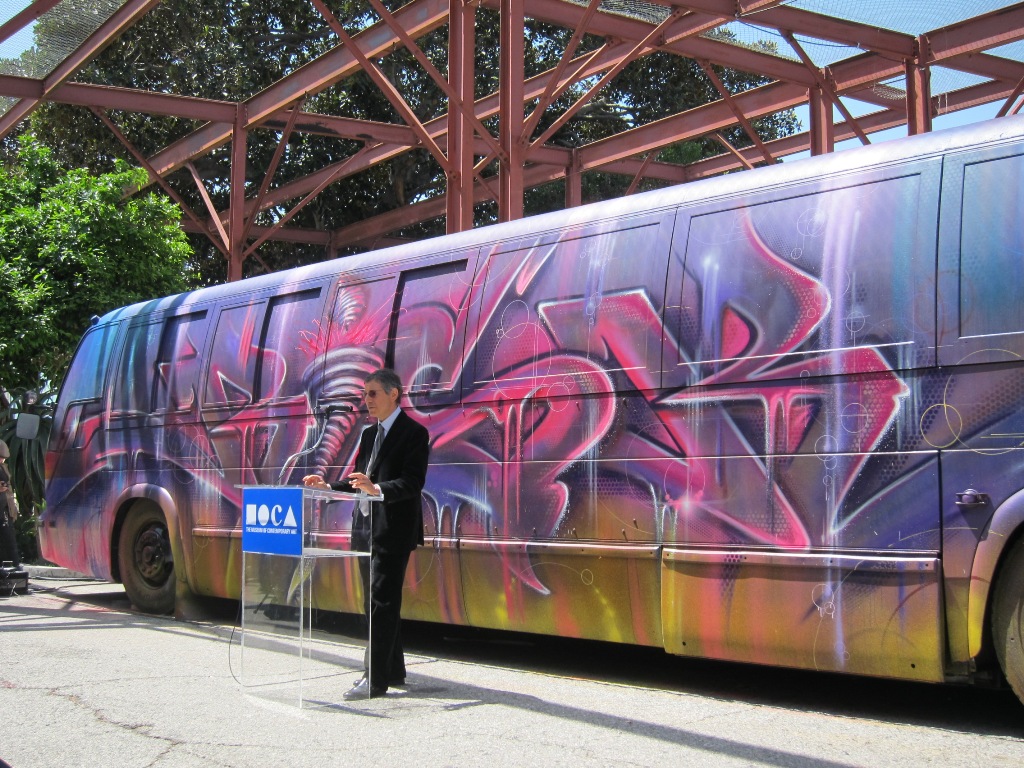 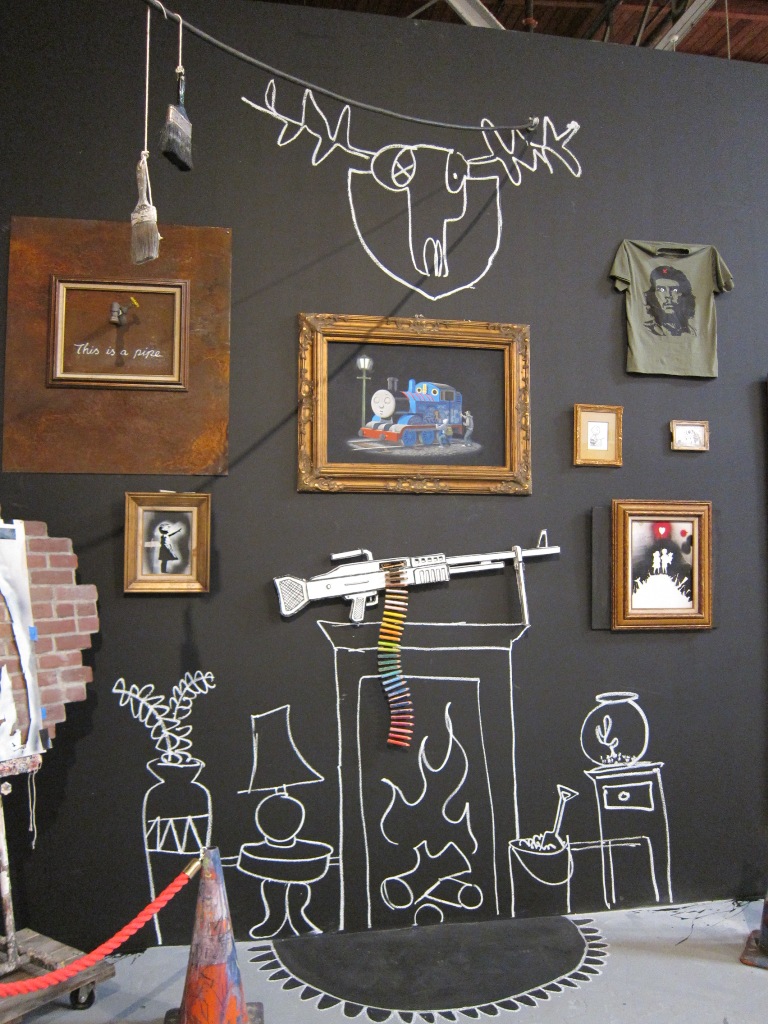 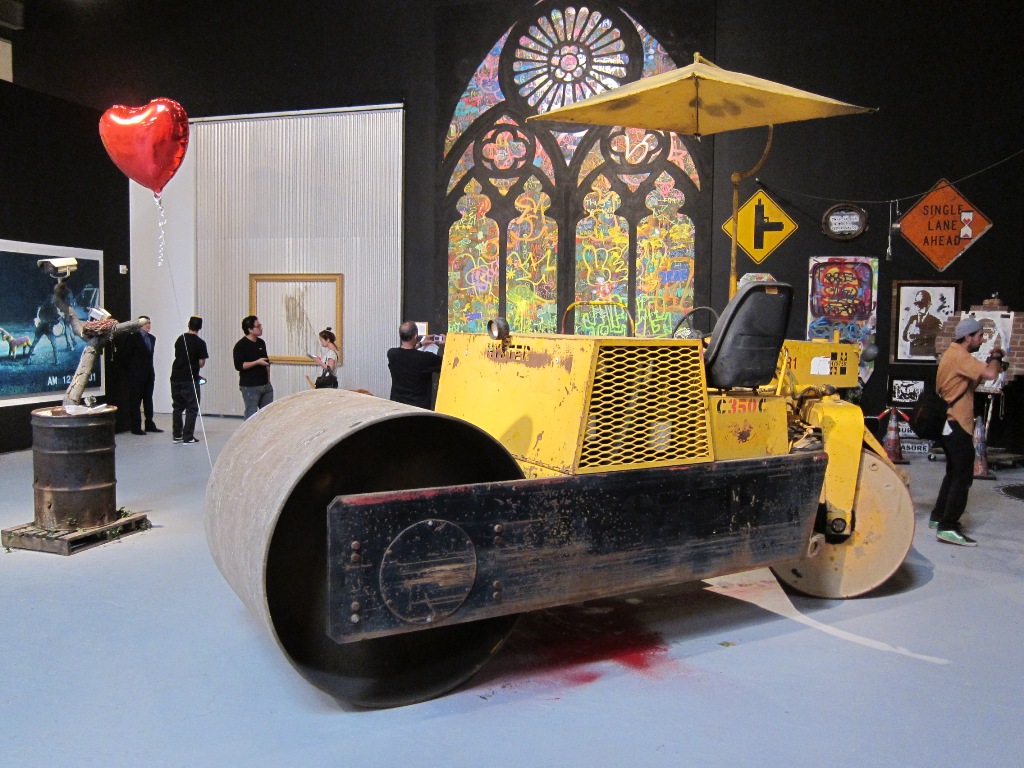 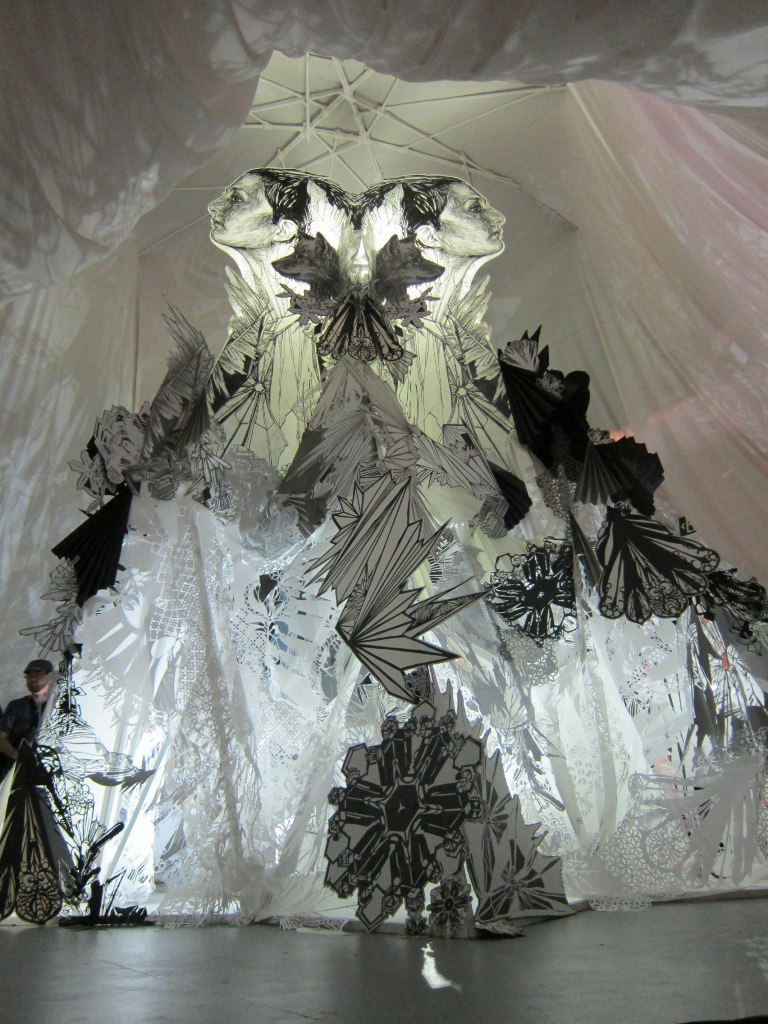 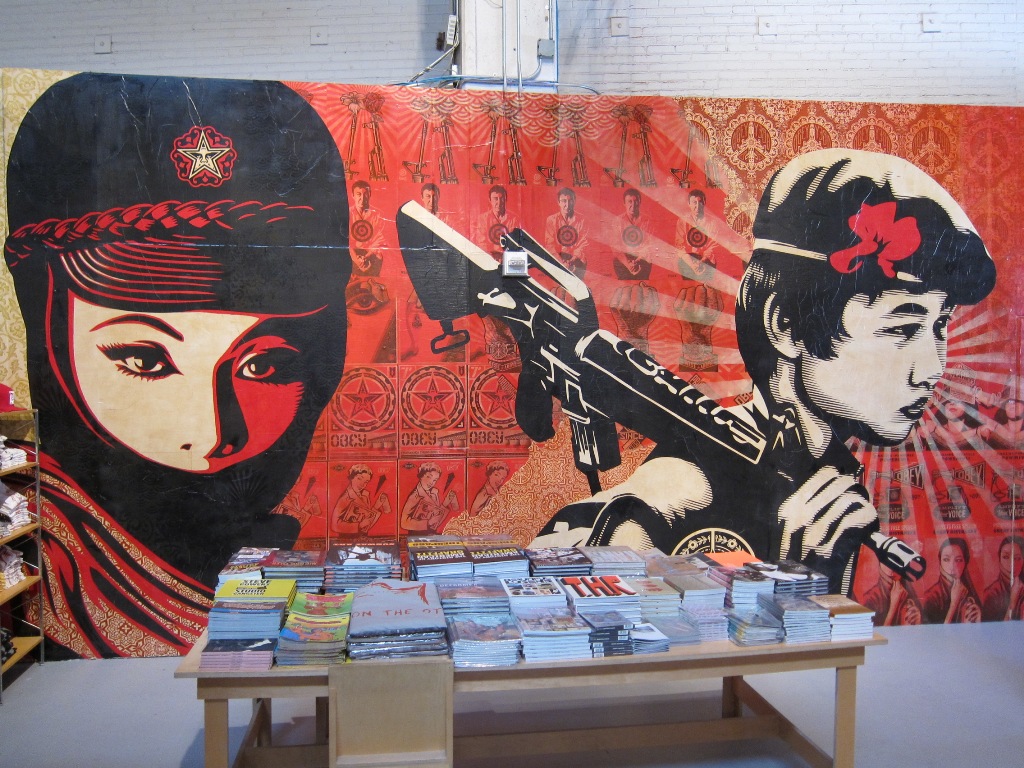 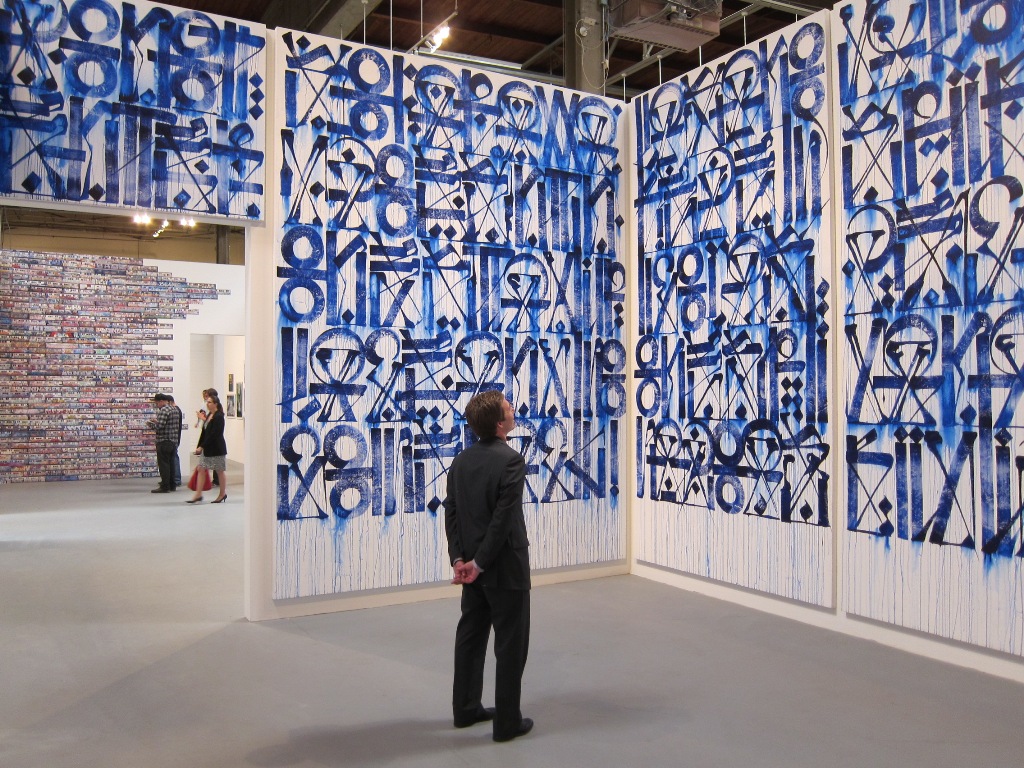 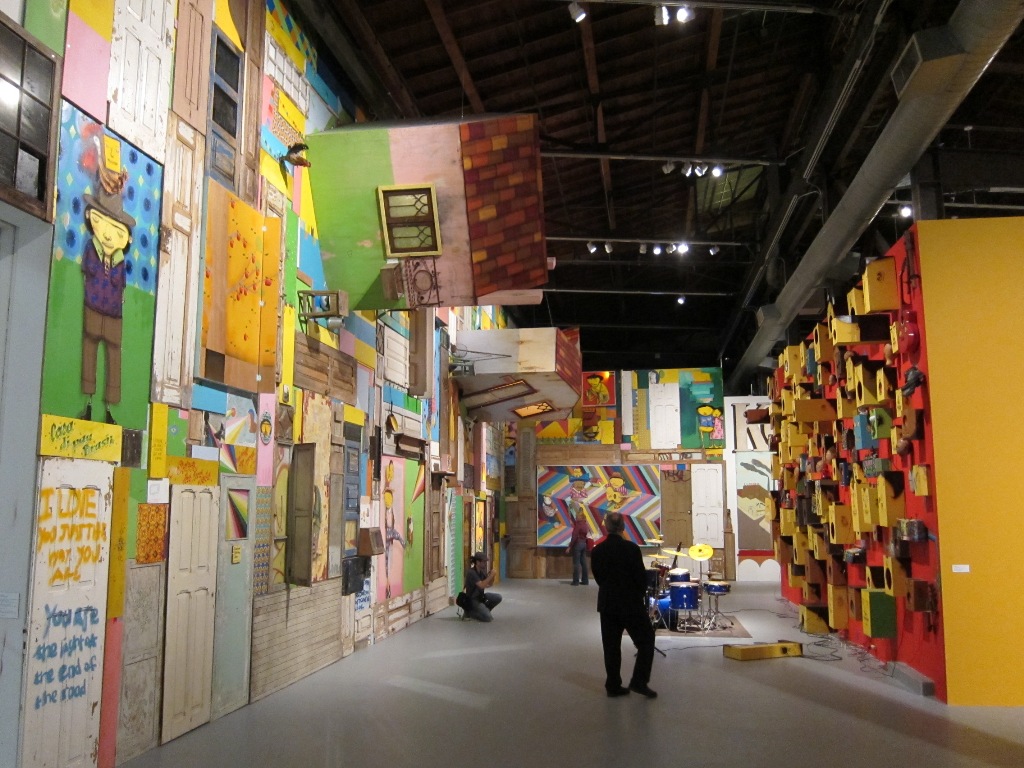 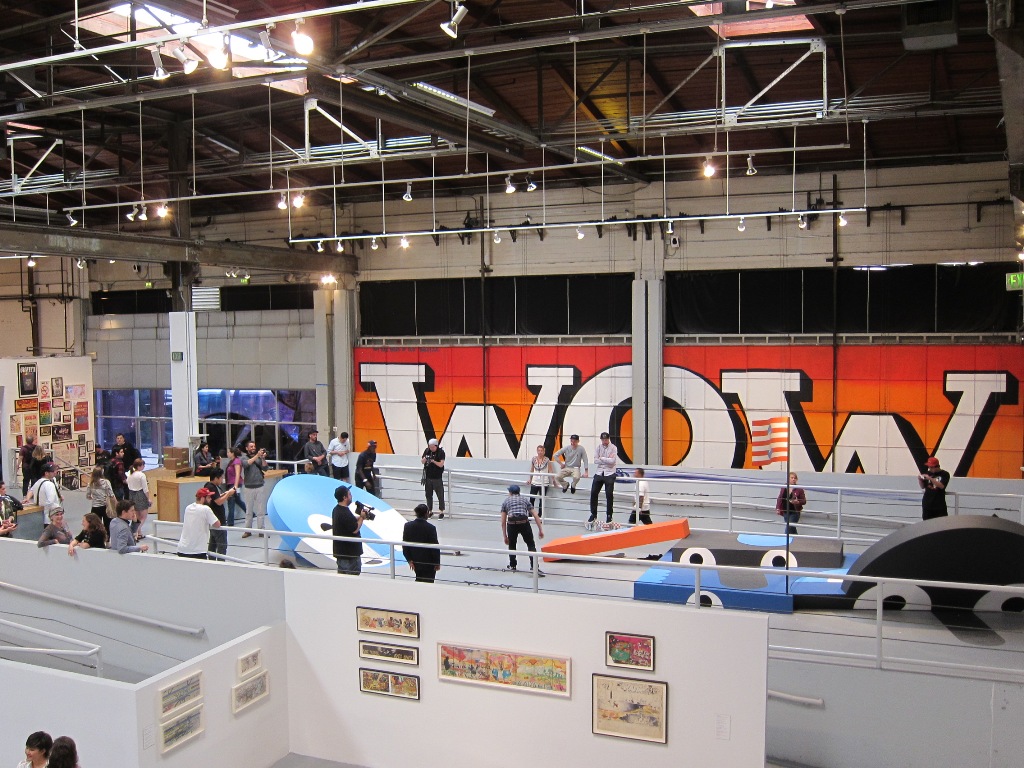 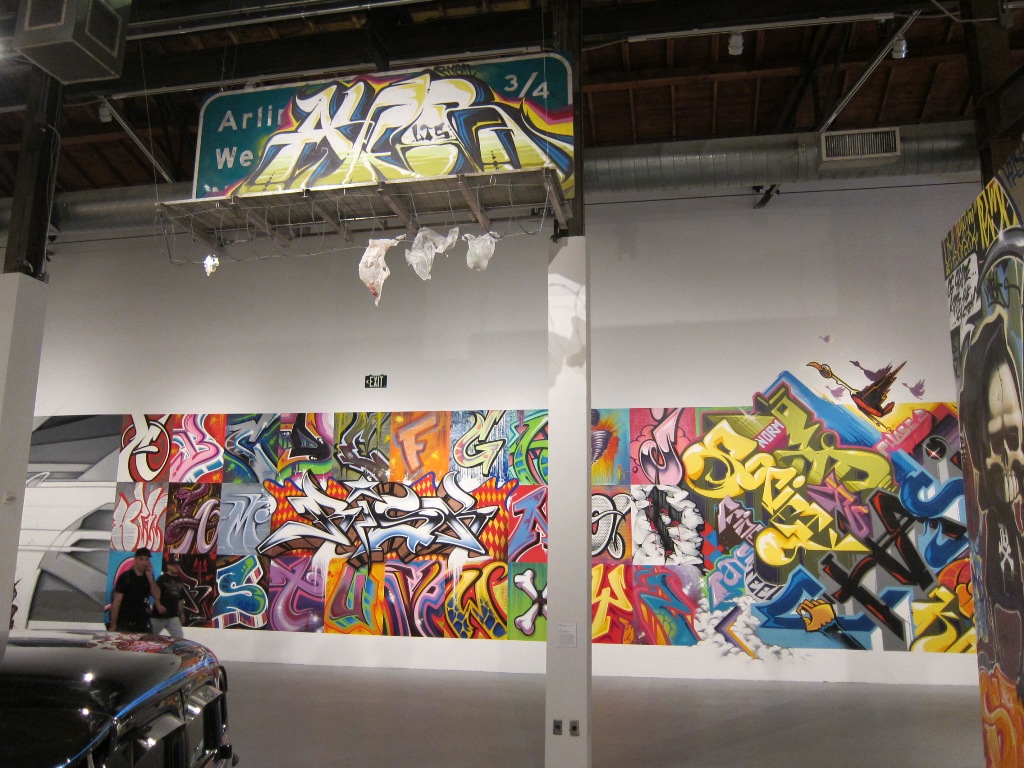 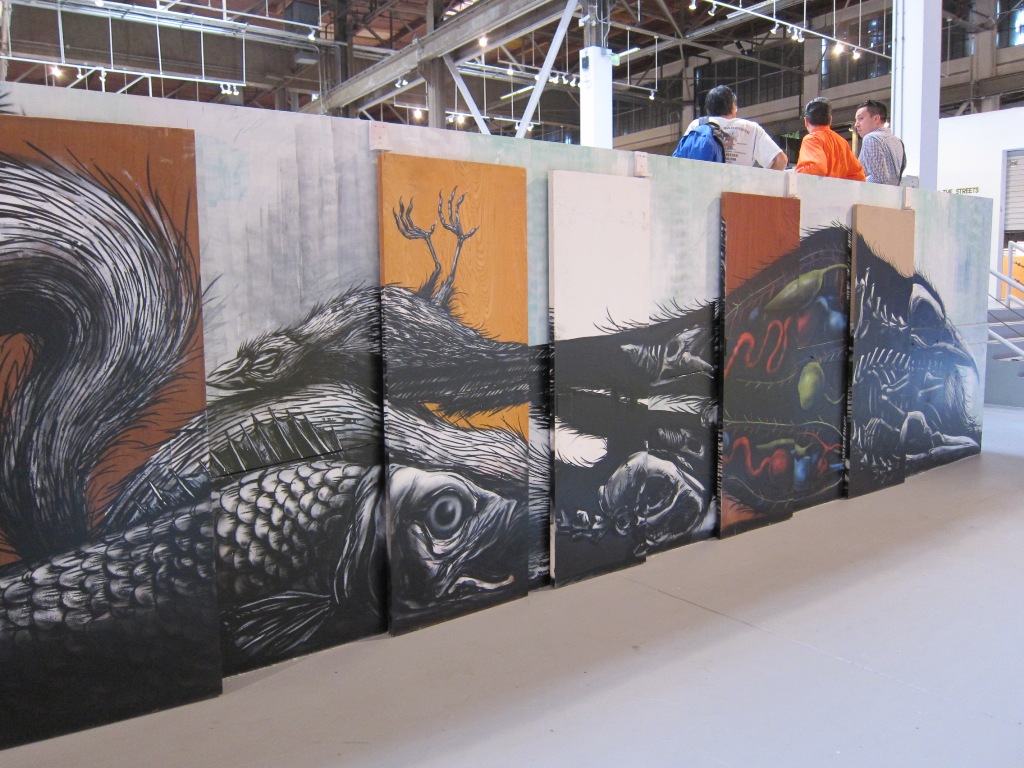 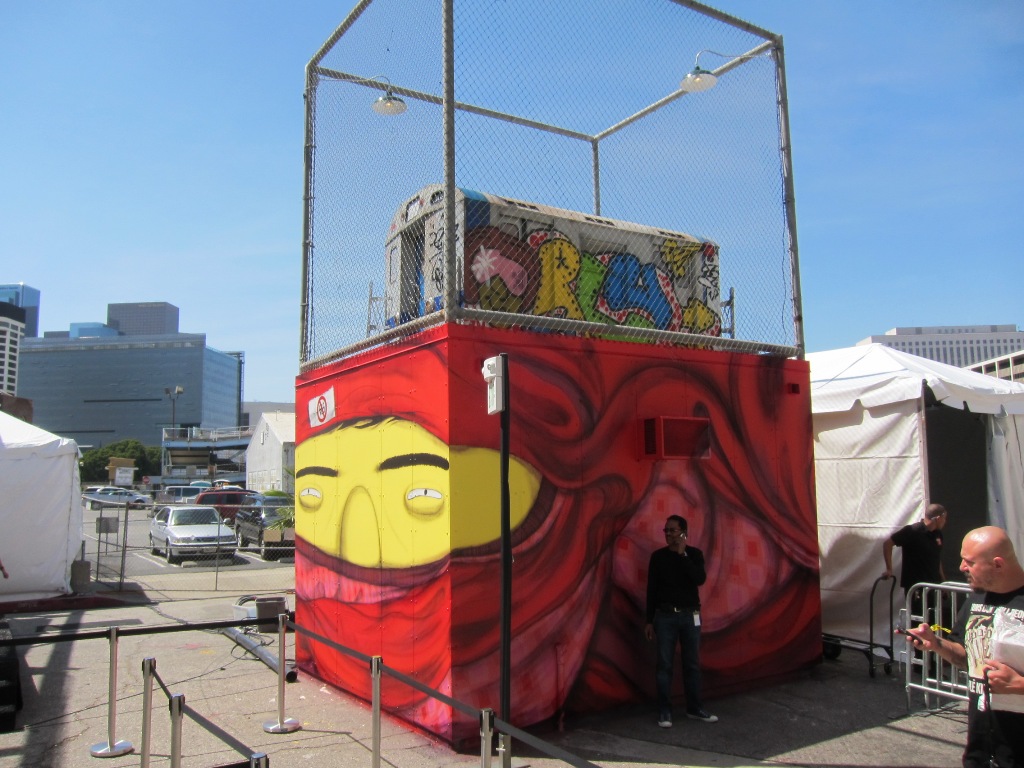