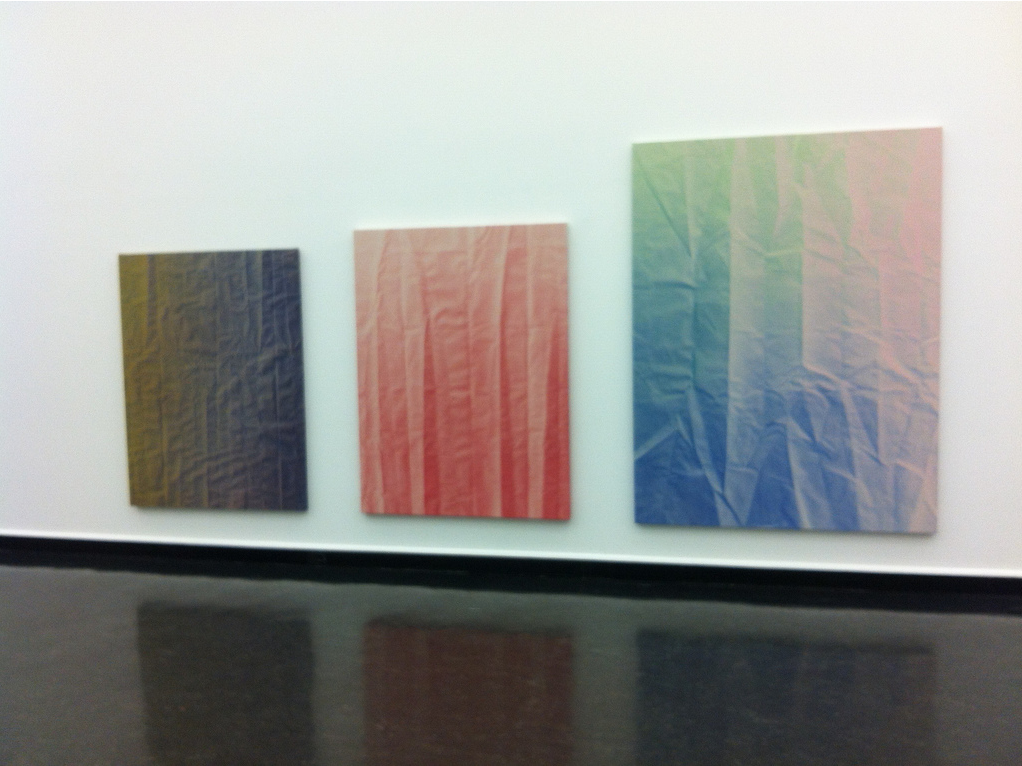 After almost a year of steadfast anticipation, Tauba Auerbach finally pulled back the curtains and revealed the magic of her newest body of work this weekend at Bergern Kunsthall in Norway. Tetrachromat marks the booming artist’s first solo exhibition since signing with powerhouse Paula Cooper Gallery to great contention last fall, as well as signifies her first museum solo. Long experimenting with themes of dimensionality, the title of the show references a theory which supposes a small percentage of women have four color receptors rather than the “trichromatic” wiring of the average person, subsequently opening the proverbial door for all sorts of bizarre phenomenology and specifically the possibility of a fourth-dimension which she attempts to articulate through her art. Drawing inspiration from signature math and science based sources, the exhibition explores a string of compositional and fundamental juxtapositions – concept versus content, exactness versus infinity, form versus function, perception versus reality, singularity versus repetition, abstraction versus representation, order versus chaos, two-dimensions versus three-dimensions (versus four-dimensions). The end results is a collection of awe striking and thought provoking works, each as flawlessly executed as they are smartly conceived.

Check out an impressive selection of shots from the opening, along with some additional commentary, after the jump. 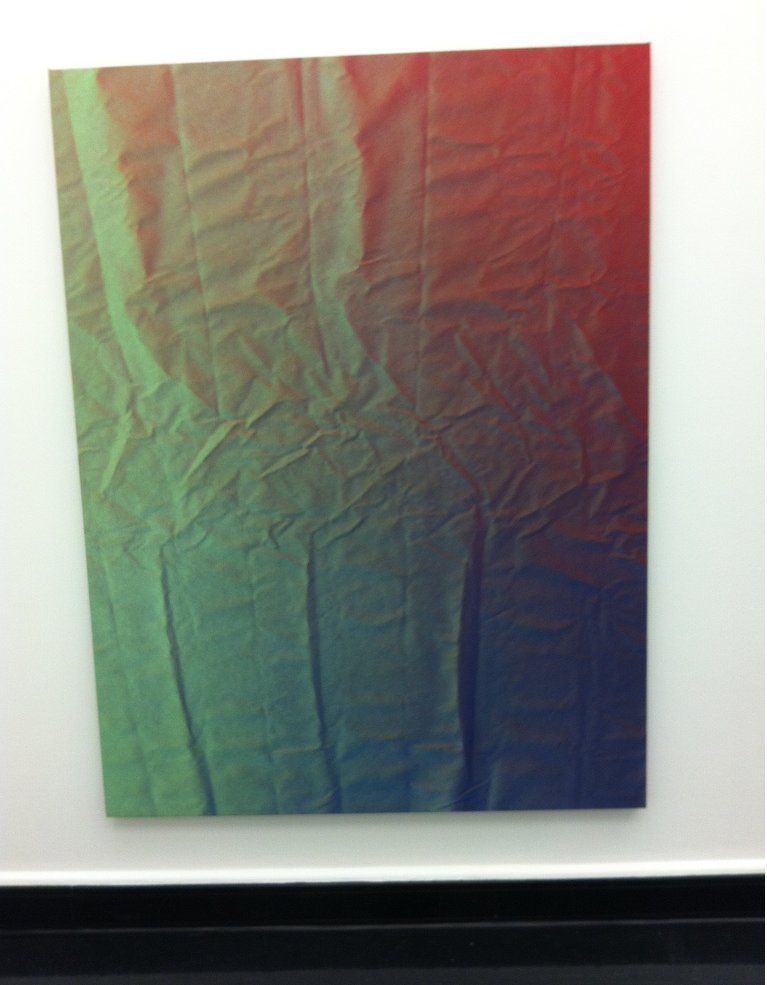 Continuing to dig deeper into her now iconic series of fold paintings, first experimented with back in 2009 as the next phase in her failed pursuit to find true randomness as well as the focal point of The W Axis last October at Standard (Oslo), Tauba has emphatically mastered her unique production technique, in which the canvas is folded, ironed, stretched, and then painted. The large scale paintings fill out a large portion of the museum in dramatic fashion, striking right to the core of the purpose of the show with the acute detail and the holographic colors challenging viewers’ optic and intuitive senses. Examining the paintings straight on, up close, and from an angle will all produce different experiences. The illusory three-dimensional qualities achieved through a trompe l’oeil (‘tricks of the eye’) effect serve as a visceral gateway, encouraging an exchange between the work rarely offered up on canvas. 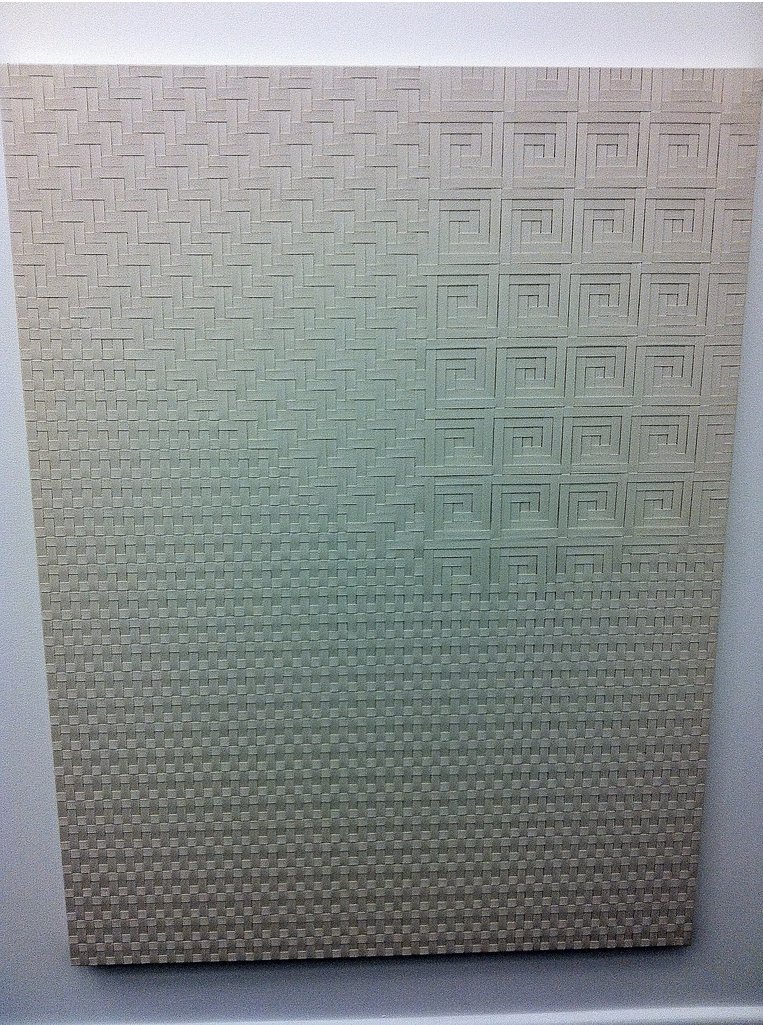 Equally exciting, the exhibition marked the debut of an inspired new series of work composed entirely of hand woven canvas strips. Much like the fold paintings, the woven series riffs on her study of topology, her affinity for tweaking the look and/or feel of the surface of the medium. The pieces also reinforce the importance of process in Tauba’s work, the idea that the concept behind – and the experience of – creating the piece itself is as critical to the success of the work as the end product. Aesthetically, the woven series pays homage to many of Auerbach’s signature themes throughout the years, most closely reprising her 50/50 series in their monochromatic palette and tight geometric patterning. 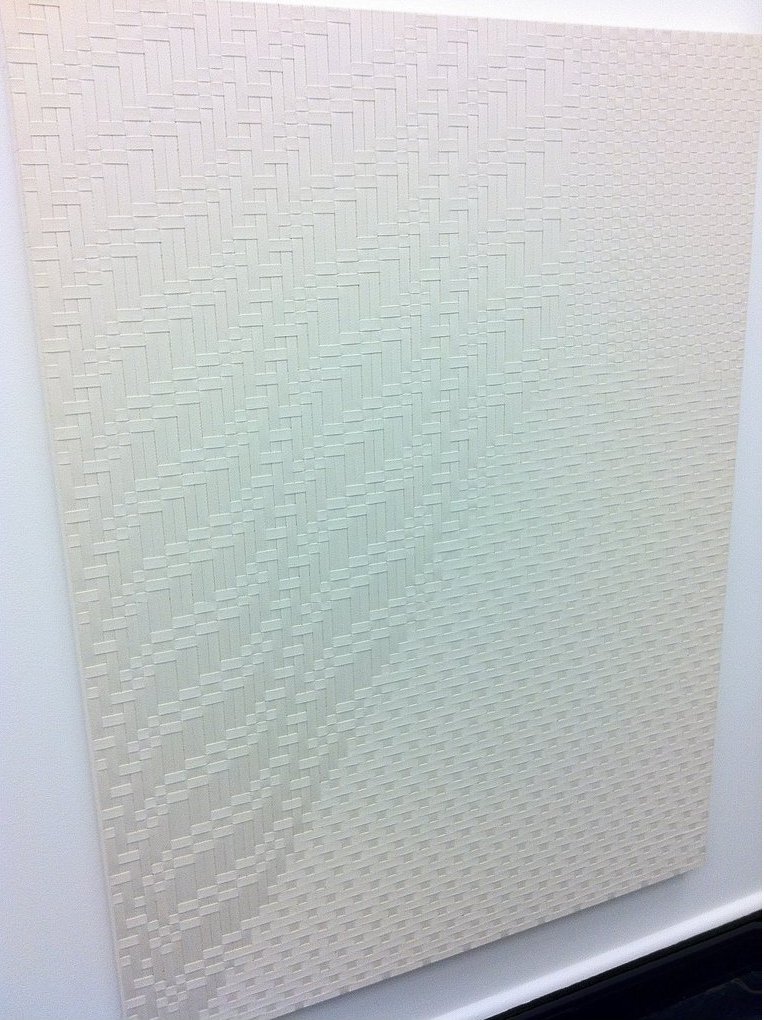 Not dissimilar to her unique book sculptures revealed during the A Book is Not An X exhibition, the woven works echo her predilection for repurposing common materials and reimagining them in fine art terms. The works appear more subtle in their disposition, yet attempt to achieve the same underlying goal. In trademark Tauba fashion, she has elevated the process of traditional basket weaving, a technique almost as old as time, into a modern art form. Her value-added approach to conventional media and ordinary forms evidenced within the series is also reaffirmed with the introduction of a new volume of hyper colorful books. 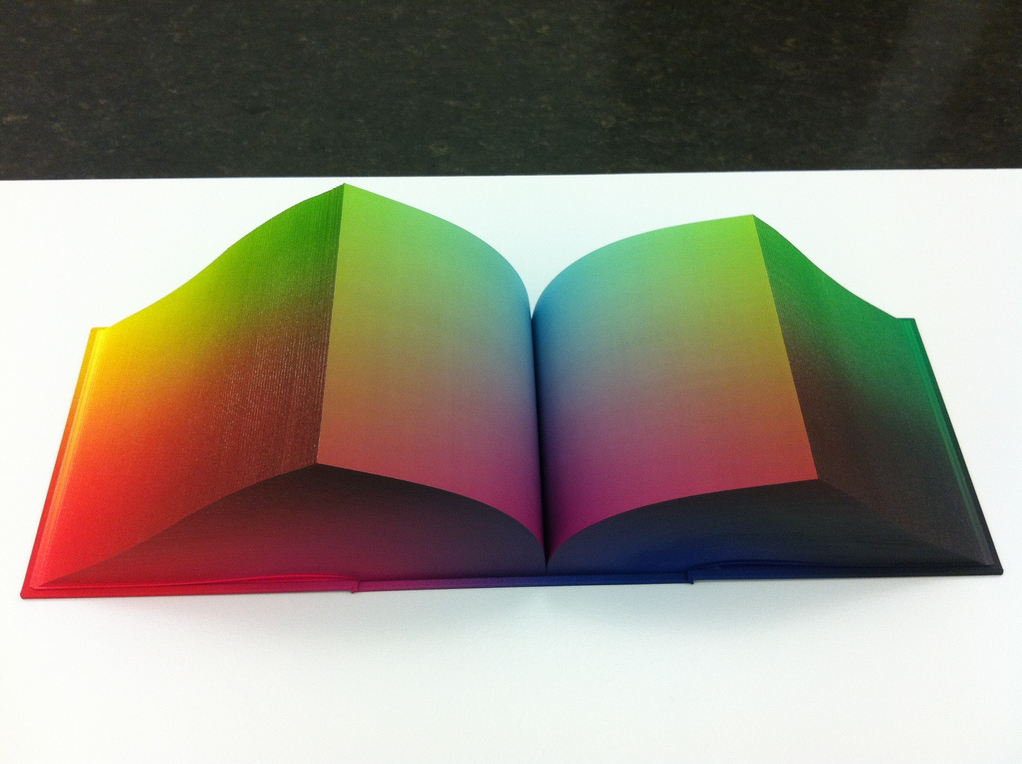 Constructed of 1,670 pages, the hand-sprayed RGB books reference the trichromatic color spectrum, comprised of 16.7 million colors around the red, blue, green base of which humans can technically perceive around 1 million. The thinking goes that those with the fourth color receptor could potentially perceive 10x as many colors. Originally designed and destined for A Book is Not an X, Auerbach was dissatisfied with the results provided by the publisher she was working with at the time, ultimately scratching them and going back to the drawing board. With a tireless work ethic and the kinks now worked out, the massive color “cubes” are a welcome addition to the series of innovative books. Original examples from the project – such as the resourceful trickery of the Marble/Wood set – that Tauba passionately slaved over to produce were also on display in all their unorthodox glory. 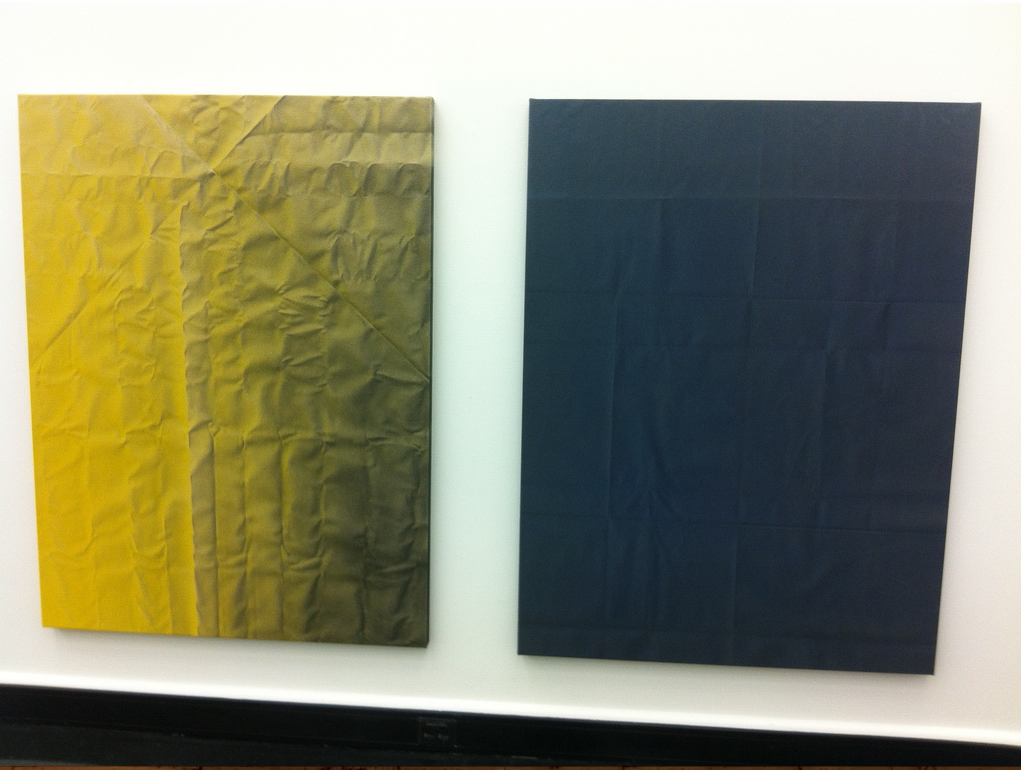 Not to be lazy or cliché with our review, but Tetrachromat is epic in every sense. Taken as a whole, the diverse and dynamic creative outpouring further reinforces the conceptual genius and technical expertise of Tauba, almost going so far as to excuse the rampant hype surrounding her as the newly crowned IT girl of the contemporary art world. While initially surprising to many, the strength of the work seems to also sufficiently justify the recent record setting auction result last month in the UK (and the incredibly strong sale last week stateside), as many that missed the boat fight to get a taste. Mindblowing as the show may be, and it most certainly fits into the head-exploding category, it might very well serve as a mere taste of what the future will hold; a warmup for next May’s grand reintroduction to New York, where she first made her mark during the potent, and oft missed,  Deitch Projects era. A scary and exciting thought, indeed, that the best may be yet to come. While direction unknown, it is clear that the potential of Auerbach and her imagination is near limitless, a poetic thought as we marvel at her art. 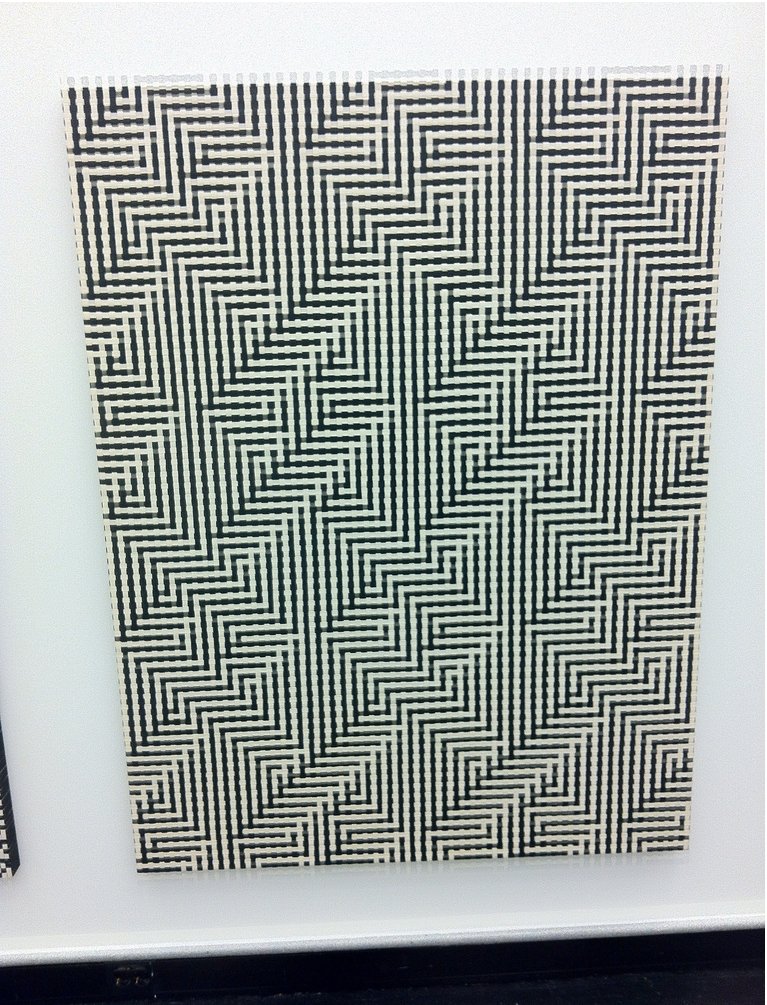 For those lucky enough to live in Sweden or Belgium, Tetrachromat will tour the Eurozone to Malmö Konsthall in March 2012 and Wiels Contemporary Art Center in January 2013. In the meantime, anyone even remotely close Bergen should be compelled to make the trek before the exhibition closes on December 22nd. 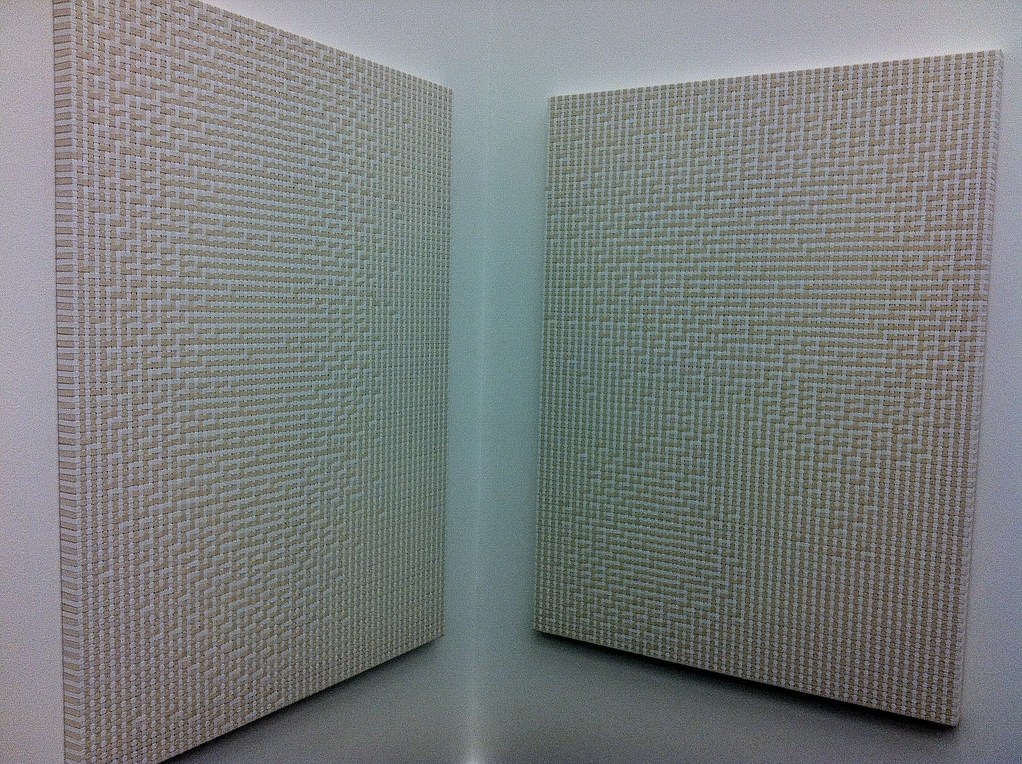 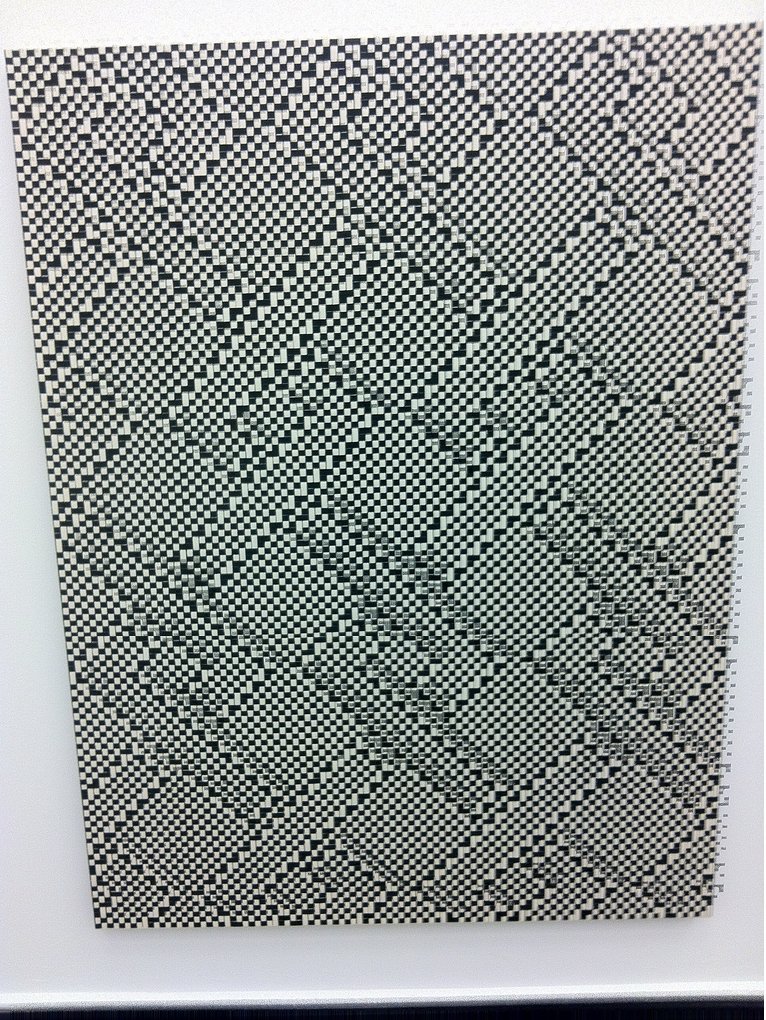 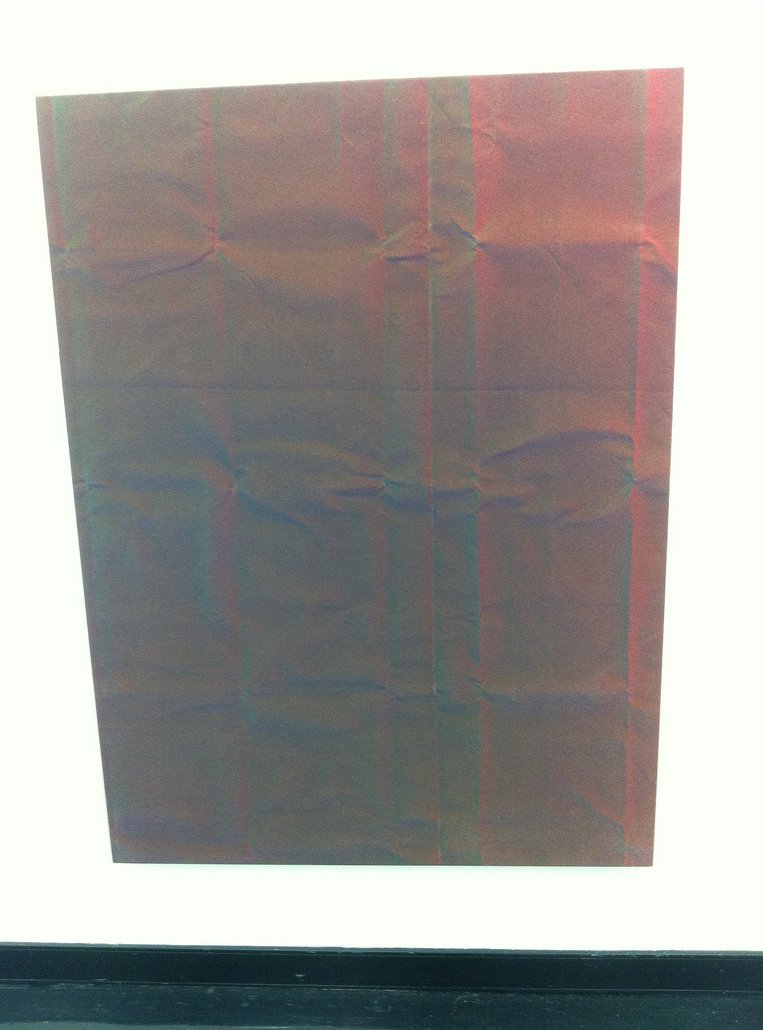 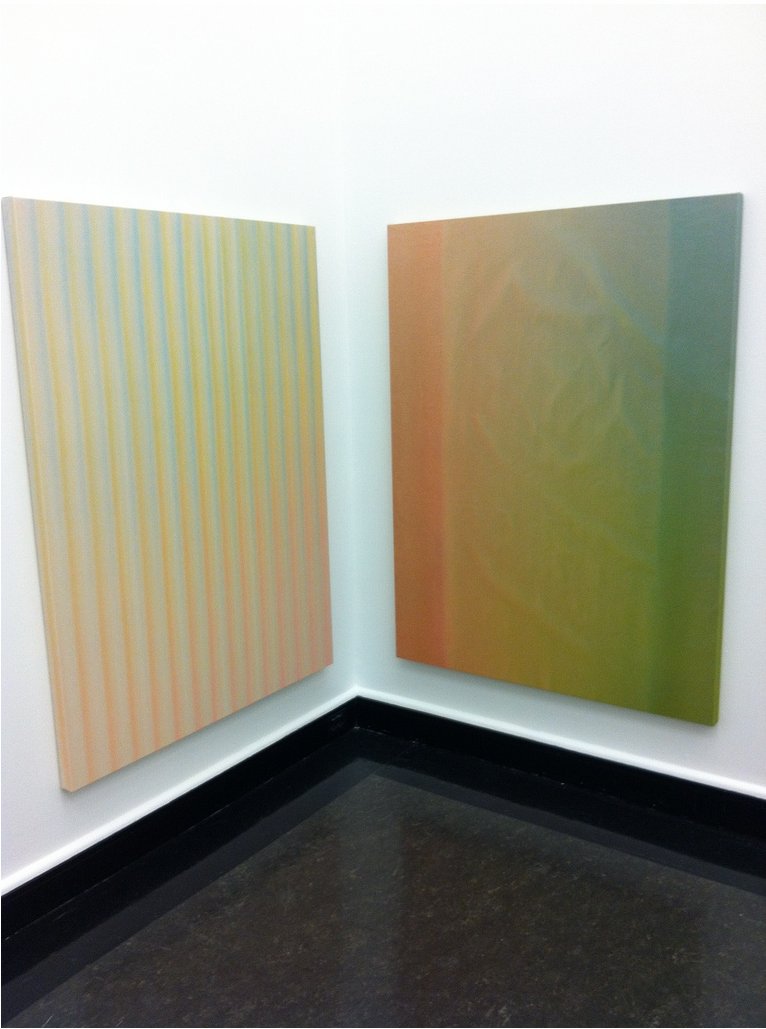 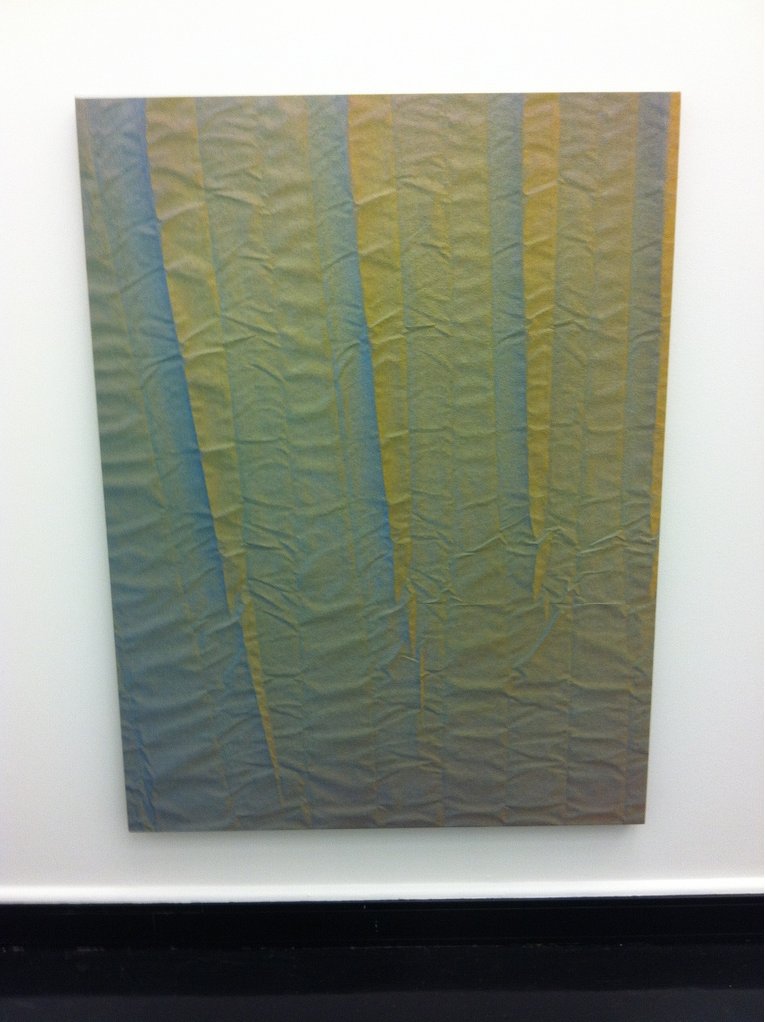 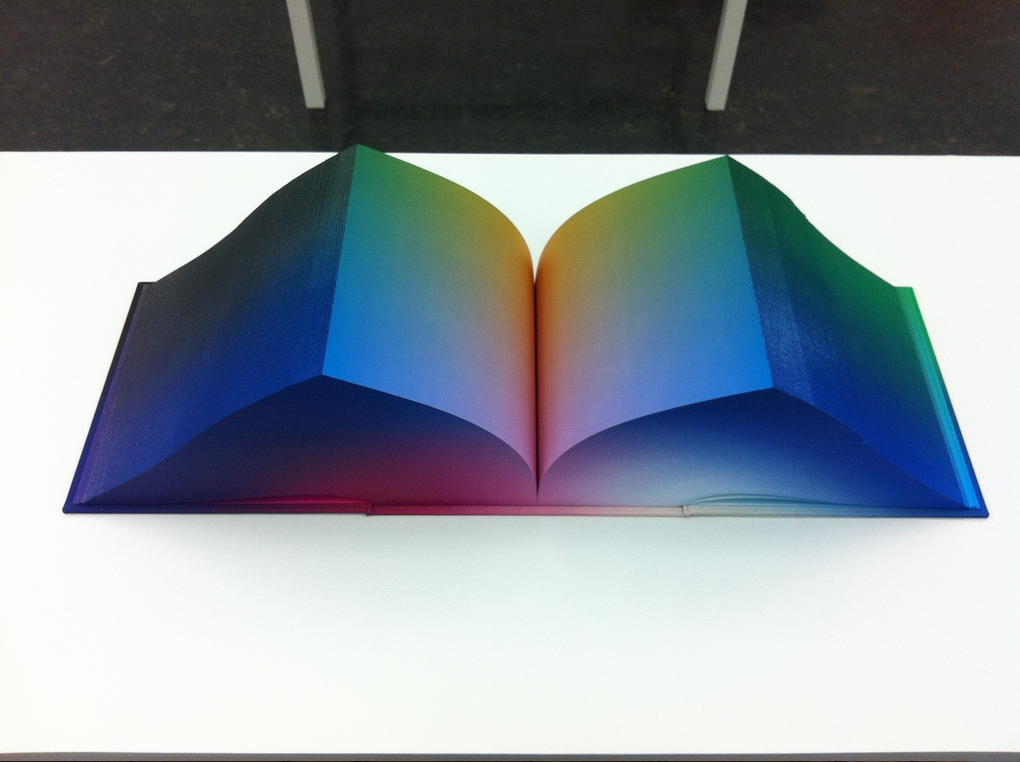 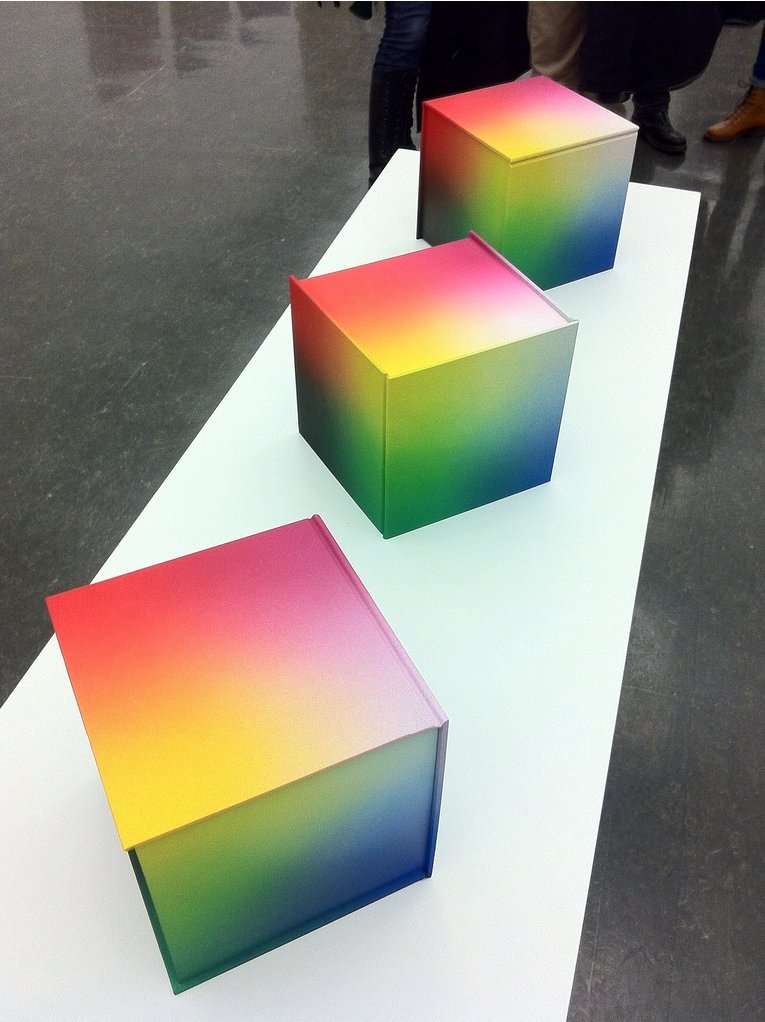