Parra (Piet Janssen) opened his newest solo show And wait for something to happen last Friday, 4th of October at Ruttkowski;68 gallery in Cologne, Germany. Known for his illustration style work that can be both abstract and figurative, the Dutch artist prepared an entirely new body of work for this show – 11 big canvases, 11 ink drawings, and porcelain editions he released in collaboration with CaseStudyo (two colorways of Down figure (introduced), and the Vaso di Culo vase).

Even though his last solo show at Galleria Patricia Armocida (covered) was only four months ago, there are some obvious new elements in the new works shown in Cologne. First, the use of green color is something that we haven’t seen from Parra in a long time, and in combination with his signature red and blue, it adds to his work’s colorfulness. Second, the simple use of shadow on some of the new pieces is another thing that we didn’t see often in Parra’s usually super flat work. Also, the composition of some of the new pieces is a bit different, as he put accents on cropped images, by cutting out text parts. And speaking of his text and lettering, it seems that he is using less and less of that in his work, but instead is favoring more patterns, especially polka dots which fit perfect with his vintage feel imagery. Still inspired by “the everyday and the awkward” that he likes noticing around him, Parra’s curvaceous, usually naked females are still painted with a lot of  irony, humor and sexuality around them. Simple and flat, with solid colors, bold lines and sharp patterns, the new body of work kept all the recognizable Parra features, but did get a bit of face lift and a richer feel to it, which art lovers and collectors recognized straight away.

And wait for something to happen will be on view until November 17, 2013, so make sure you check it out if you’re in the area. 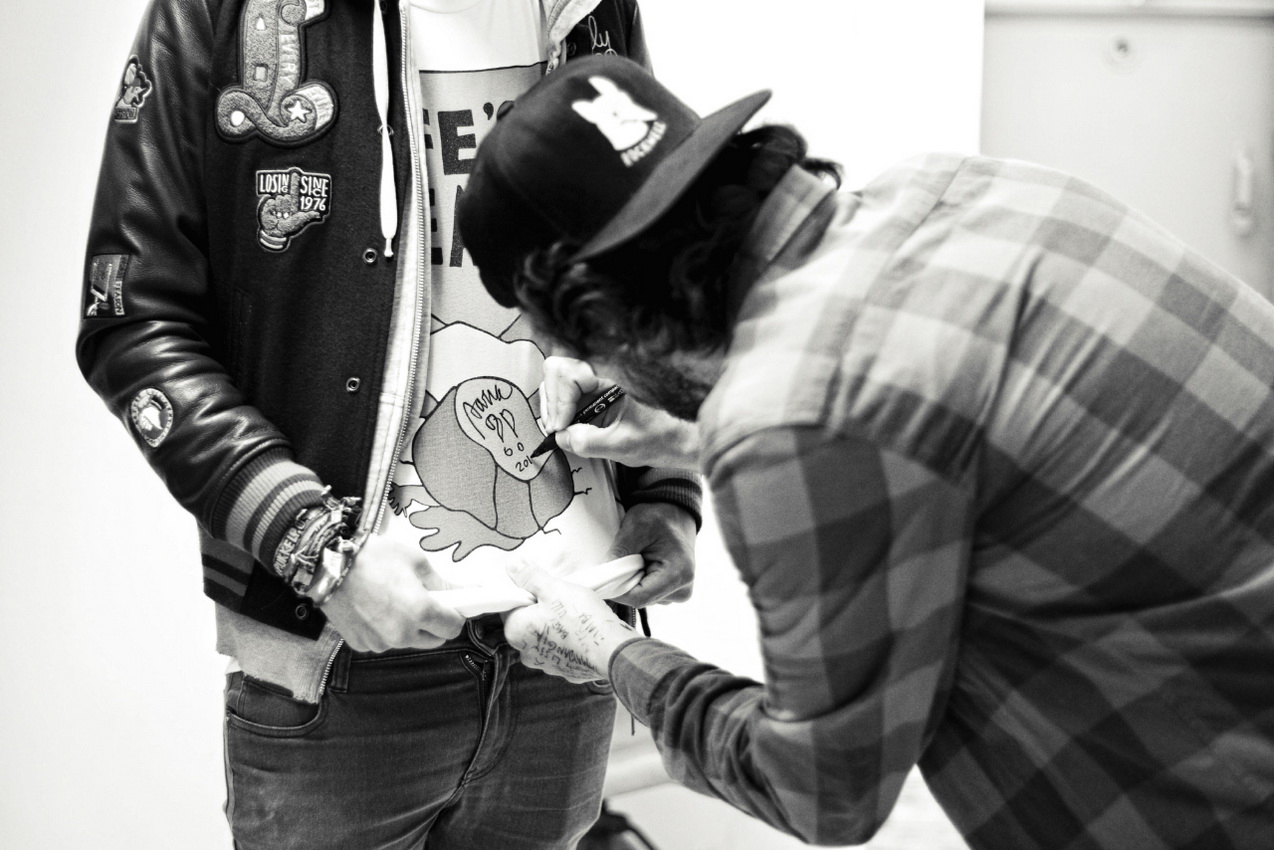 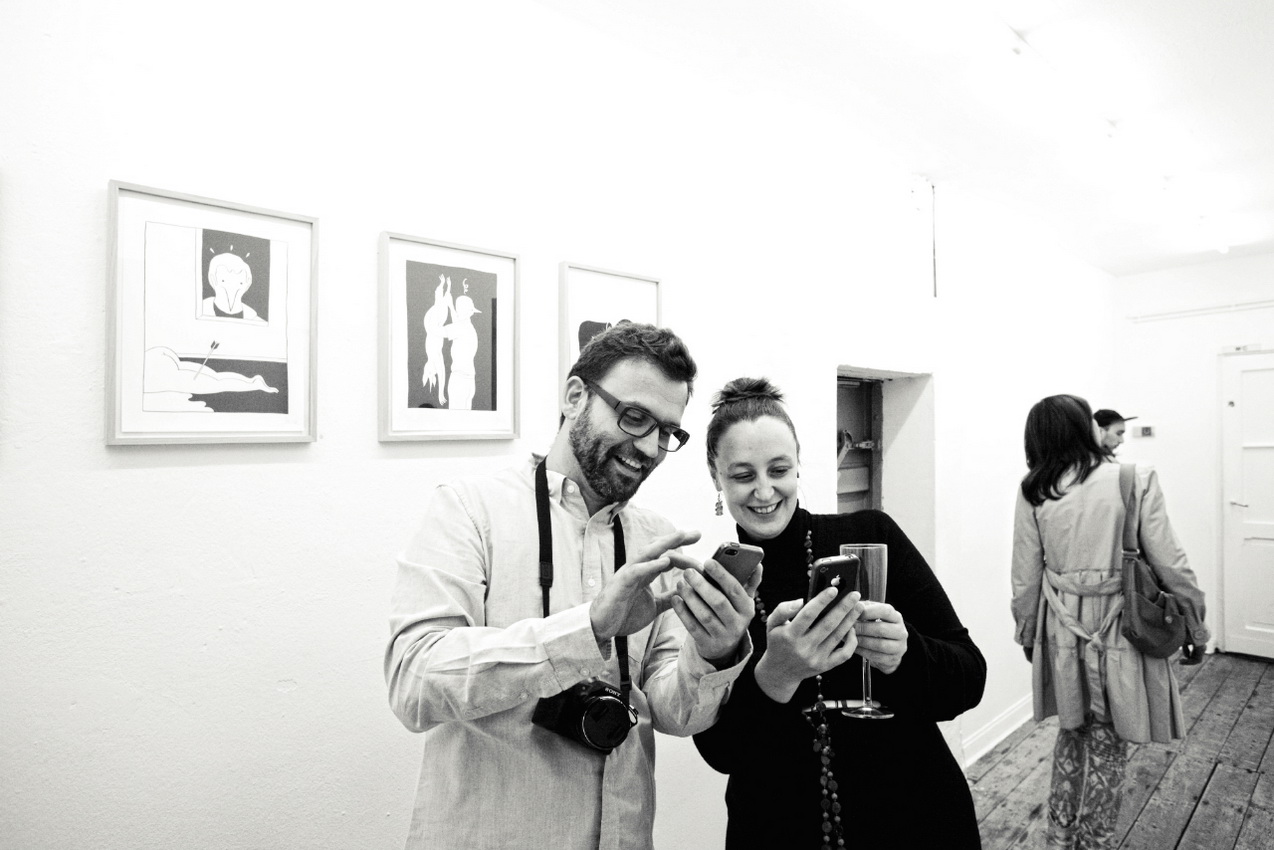 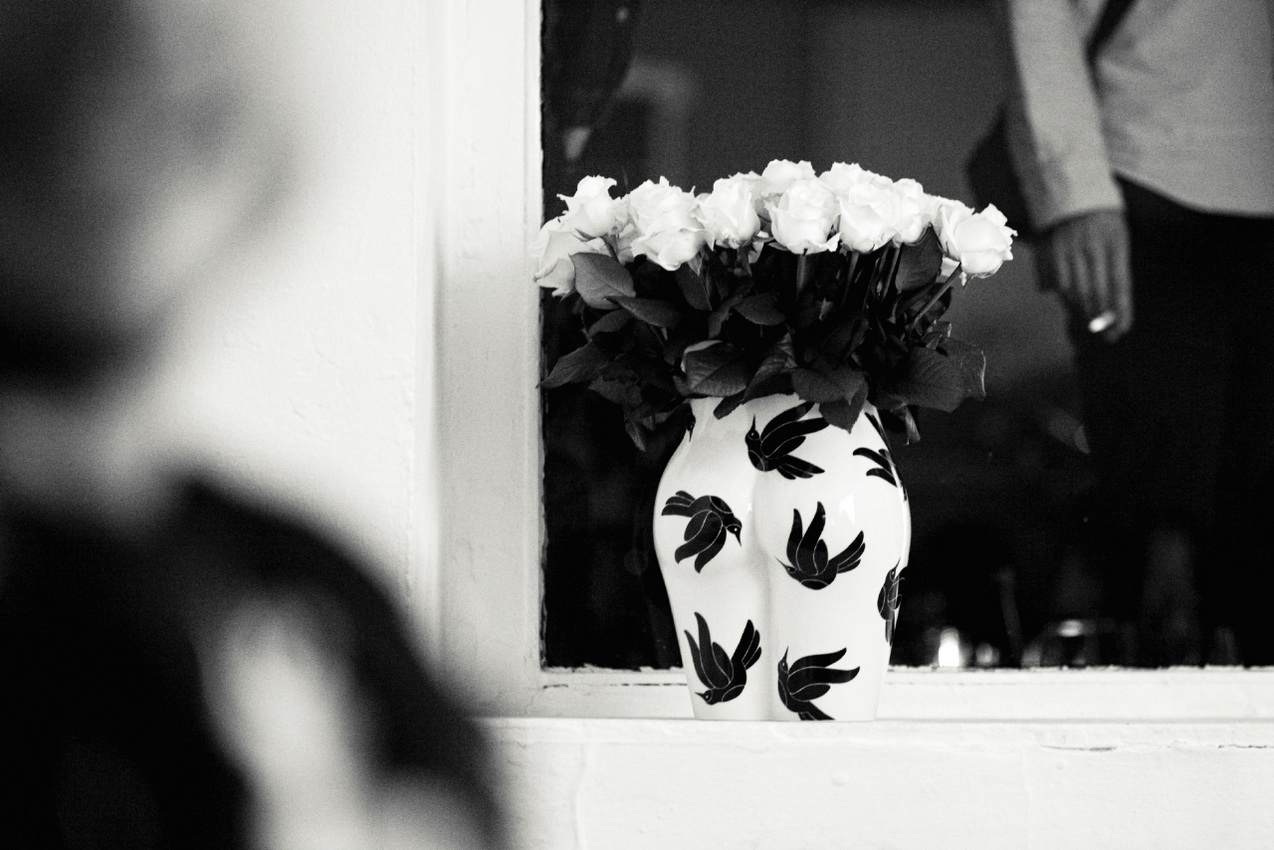 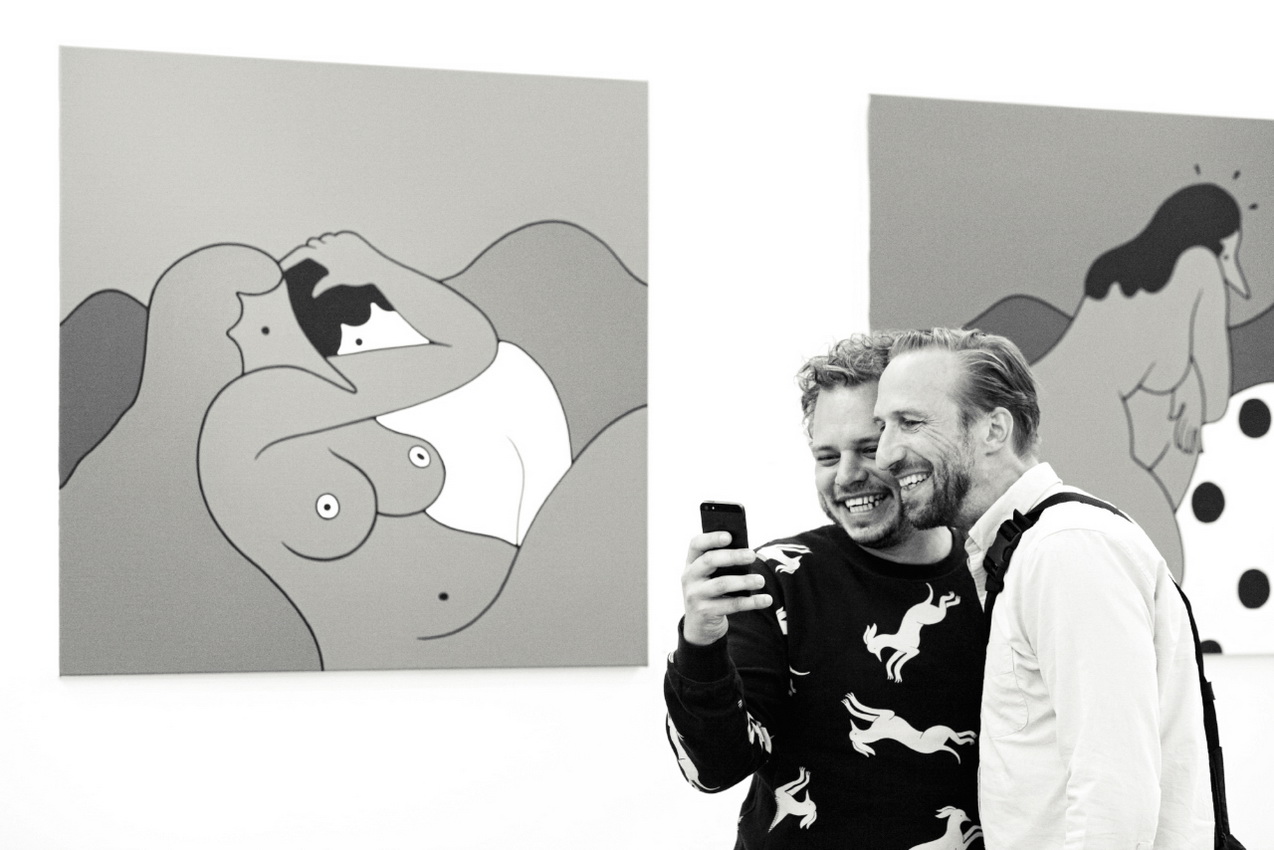 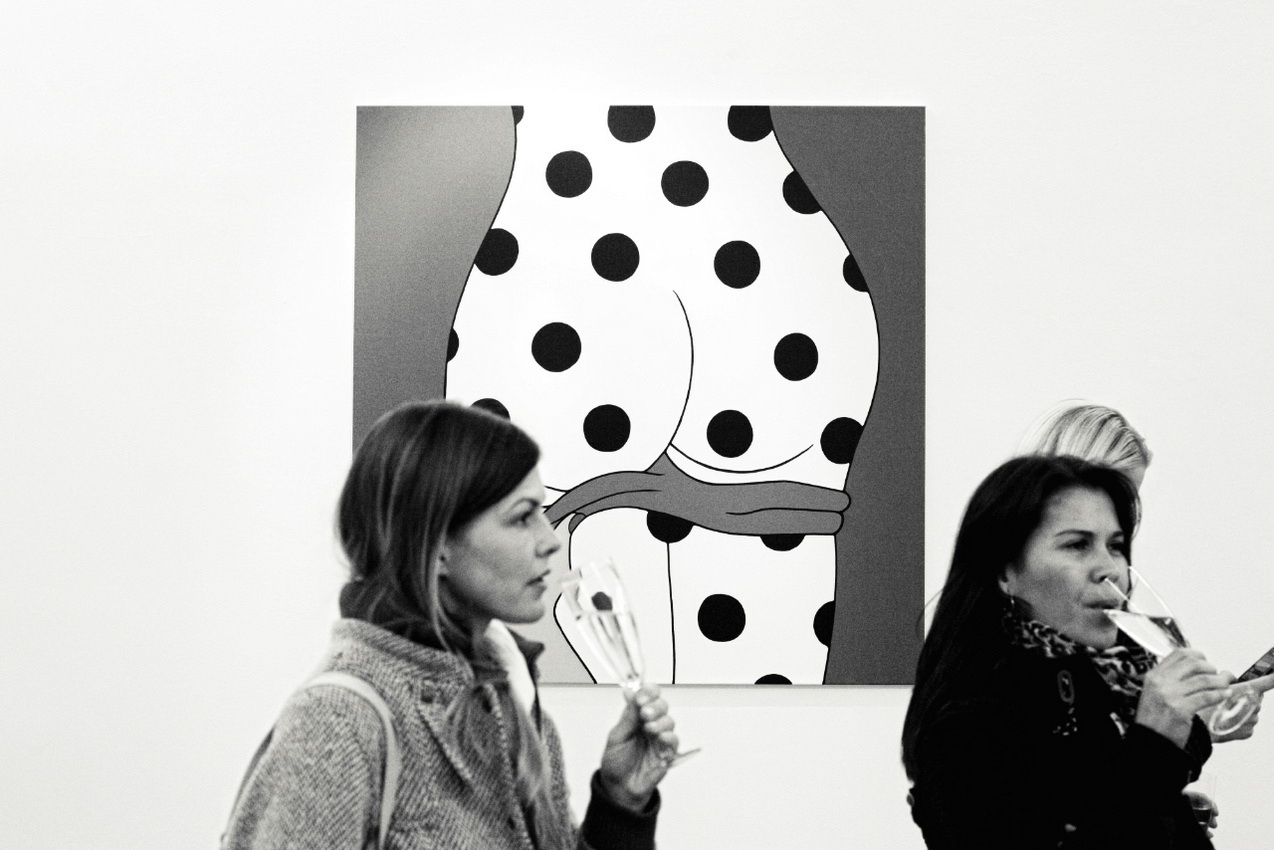 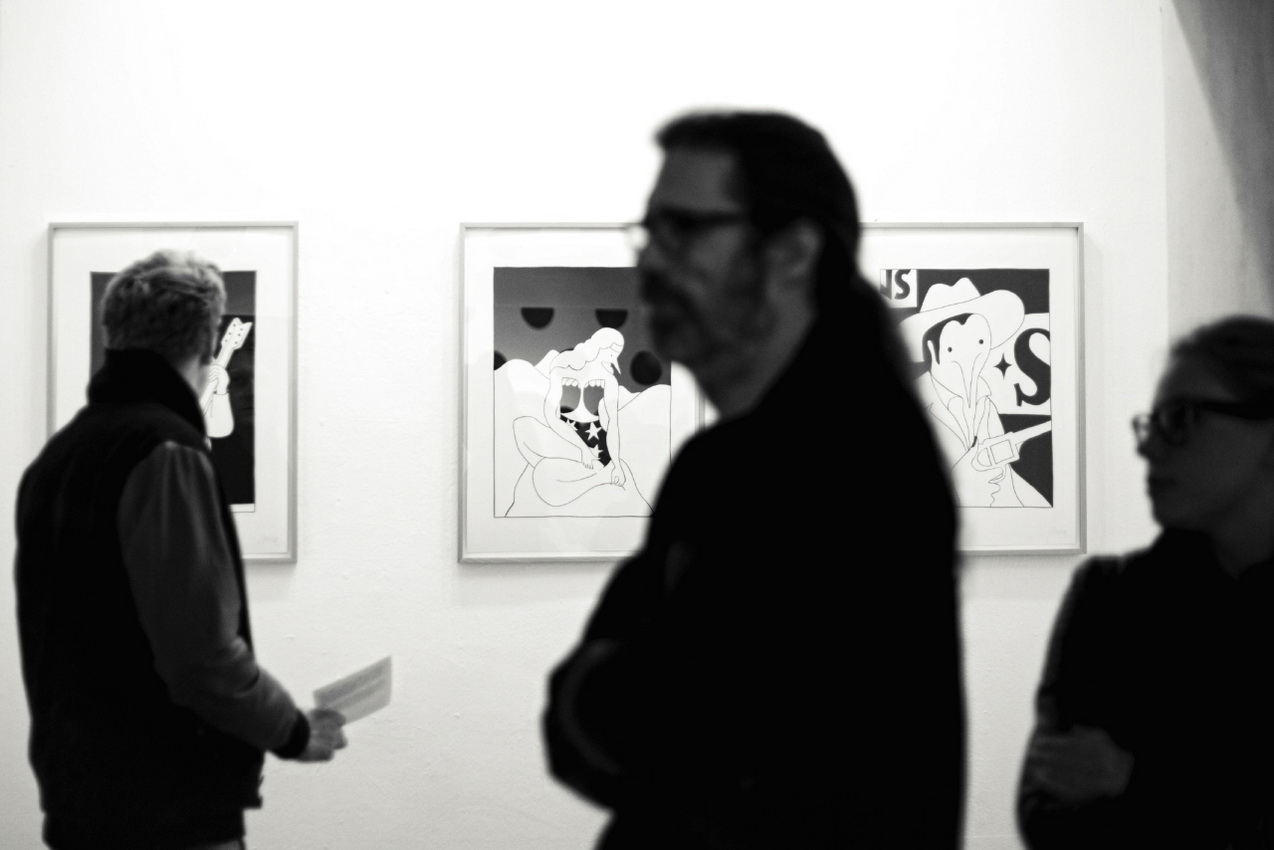 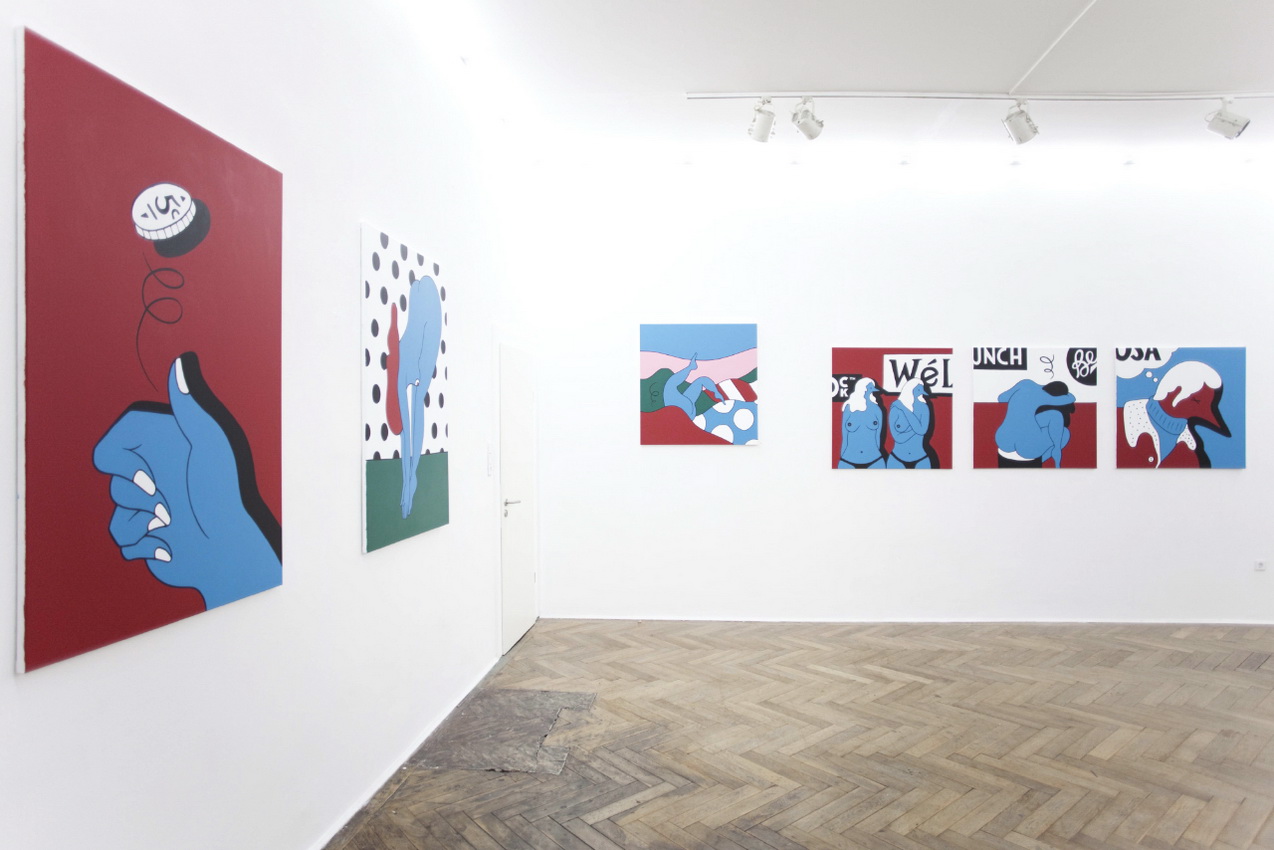 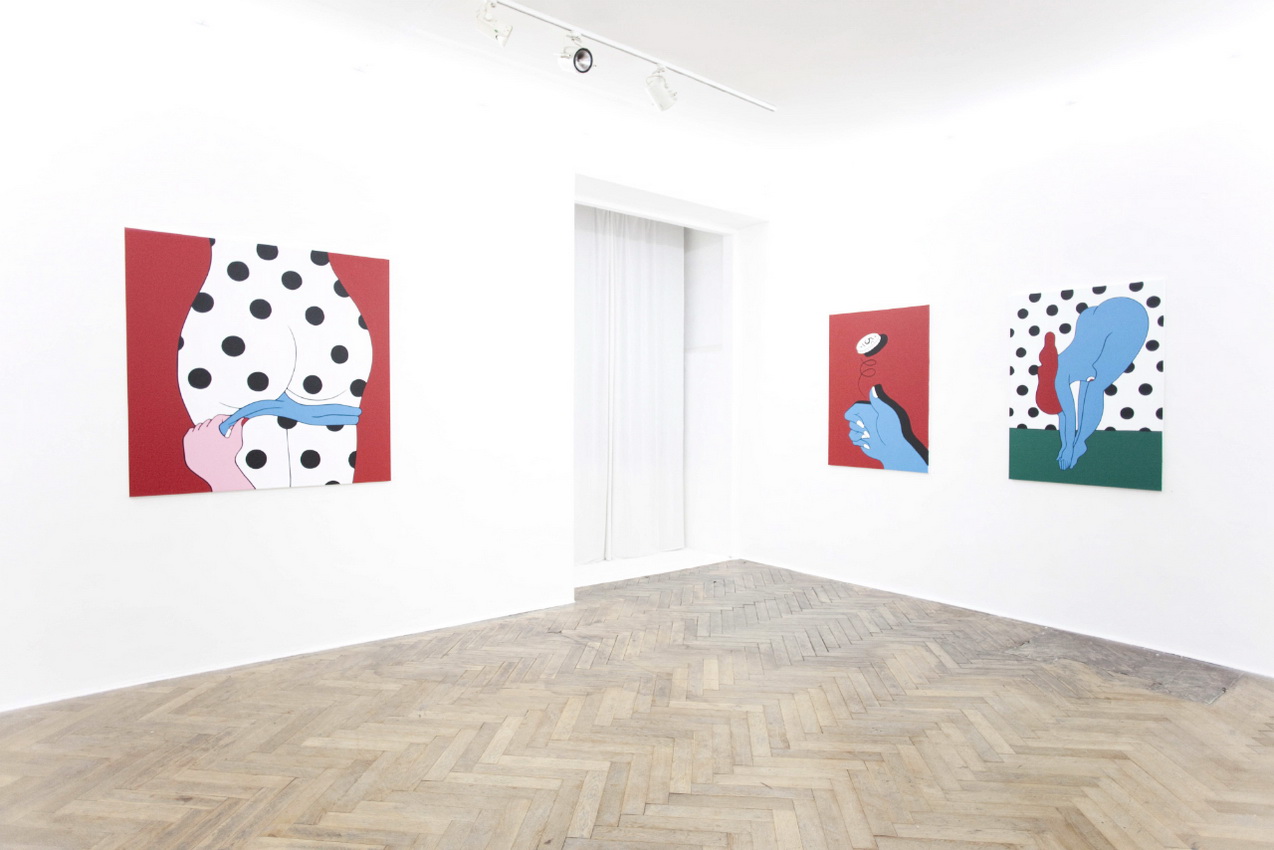