AM visited Dutch artist Femke Hiemstra in her home studio in Amsterdam shortly after relaunched her official website, Femtasia.nl, and the release of her latest book Timid Cabbage. We were intrigued to see how her impressive works take form, where she get the ideas for her unique pieces, and what her plans were for the coming year.

Hiemstra’s art career started by chance, when her long time job as an illustrator for different Dutch publications got put on hold. This was a result of the ongoing recession and the fact that her work was considered “too arty” for most commercial jobs. This gave her room and time to explore the route of personal work, so she started combining her love for story telling with her love for drawing and painting. Not long after, she was invited to show her works with MF Gallery, but since she didn’t have enough original work, she exhibited her prints which were very well received. After that, she got invited to exhibit with Roq La Rue gallery, and since her style matched well with their existing roster of artists, this is where her artistic career really took off.

Her work process usually starts in a sketchbook where she develops her ideas in miniature sketches. She has several of these sketchbooks, and they are actually the source of most of the artworks she has created to date. The selected characters and elements get enlarged, and finally painted on a chosen medium. Being a fan of painting on antique found objects, as well as using vintage frames, forced her to develop a special technique for preparing them. With a help of her father, she gets them cleaned and primed, in order to avoid any problems that could be caused by existing pests, anomalies in the wood, and such. These found objects often decide the form and the composition of her works too, and that is how her biggest work to date, the one meter big triptych Holi Cow was created. Her peculiar style and technique is very time consuming, and from sketching to varnishing, the finished acrylic pieces usually takes well over a week for a letter sized work to be finished.

The images she creates are often inspired by the real life events, and also include subtle events from the animal kingdom that she notices. Sharing her home and workspace with her cat Noodles, she often paints cats as well as other animals with human features and depict them dealing with human situations. While cute and enchanting at first, her works have underlying strong emotions such as distress, anger, fear, sadness, etc, that she likes expressing through strong bright colors as well as the use of text, different languages and alphabets. Her inspiration comes from old comics, vintage adds, Russian or Japanese tradition, as well as the works of classics such as from Hieronymus Bosch.

Femke’s graphite drawings are as popular as her paintings, and she actually enjoys creating those as much as she loves painting. The fact that there is no issues with deciding on color palette makes drawing more of a meditating experience, even thought the procedure is more technical and less forgiving. By using tortillions,  she gets that recognizable dreamy feel and is able to create such fine shades in her monochromatic works. Her recent book, Timid Cabbage, that got released in a regular and special edition, was actually a series of drawings based on a short poem written by Charles Krafft. Along with releasing this book, she recently released a postcard set, and has been working on some smaller projects to create some sculptural 3D works.

Working alone in her studio, she is fully involved in every step of her process from preparing to shipping out the works. This situation causes her to work on very few projects throughout the year, but also makes her works impeccable and exceptional. For 2014, she is planning on having her works exhibited at more art fairs worldwide, having a big show with Roq La Rue, and hopes to fit some inspiring travels in between that. 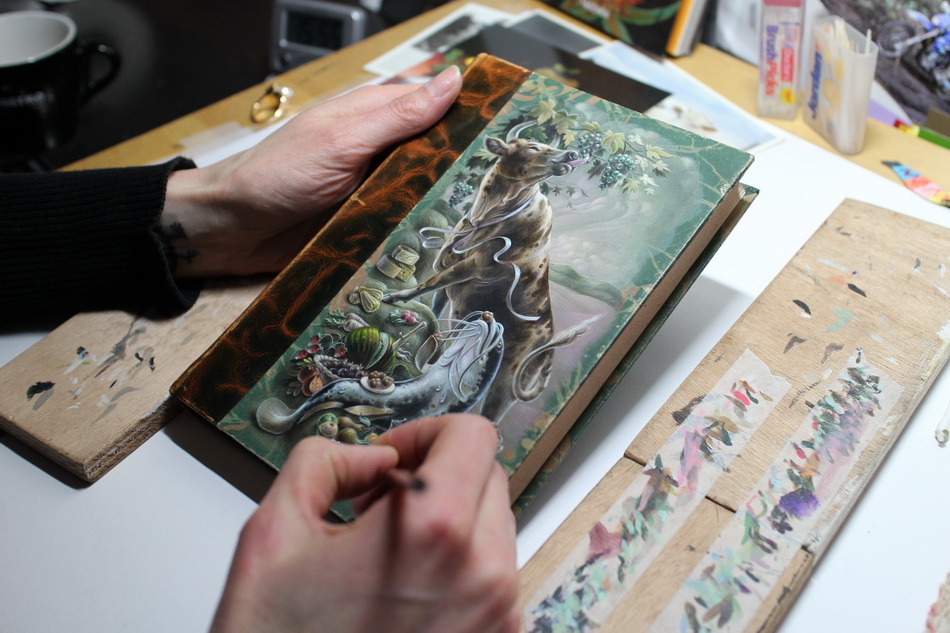 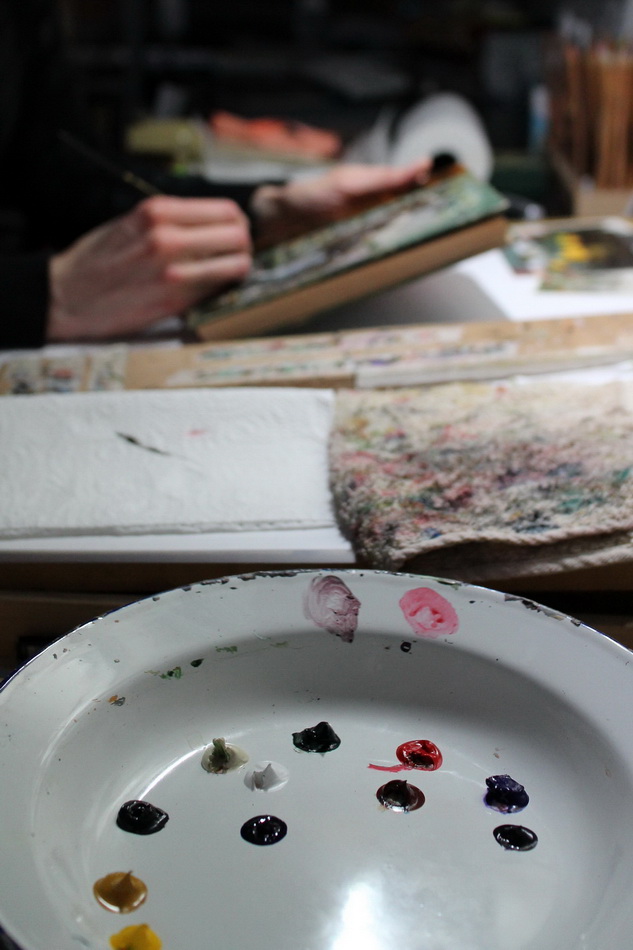 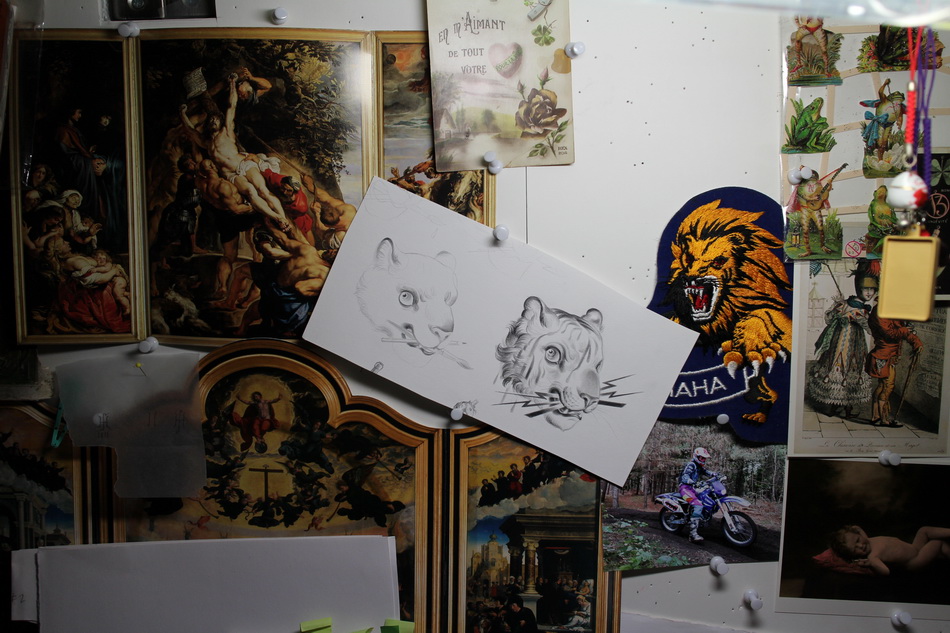 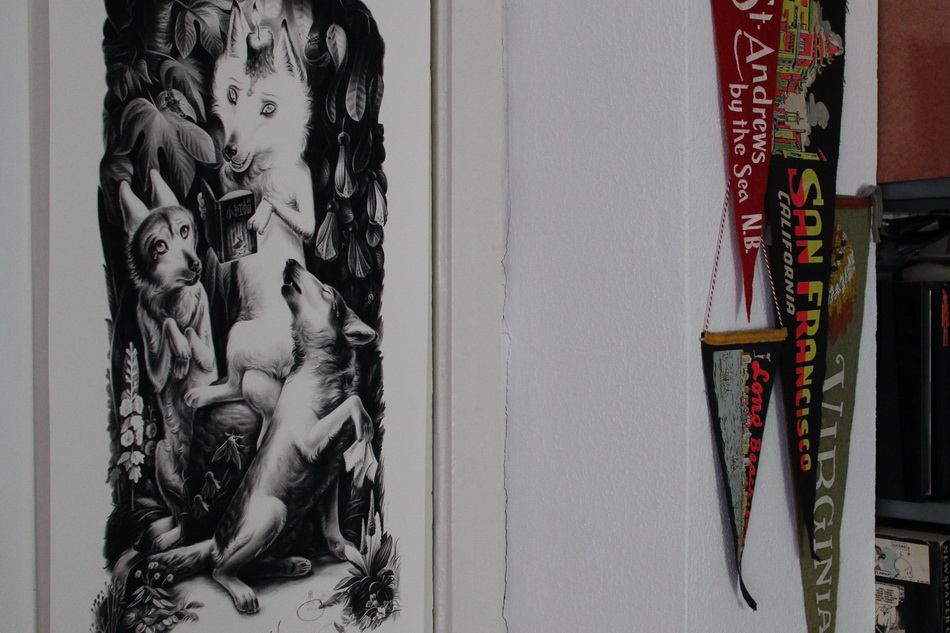 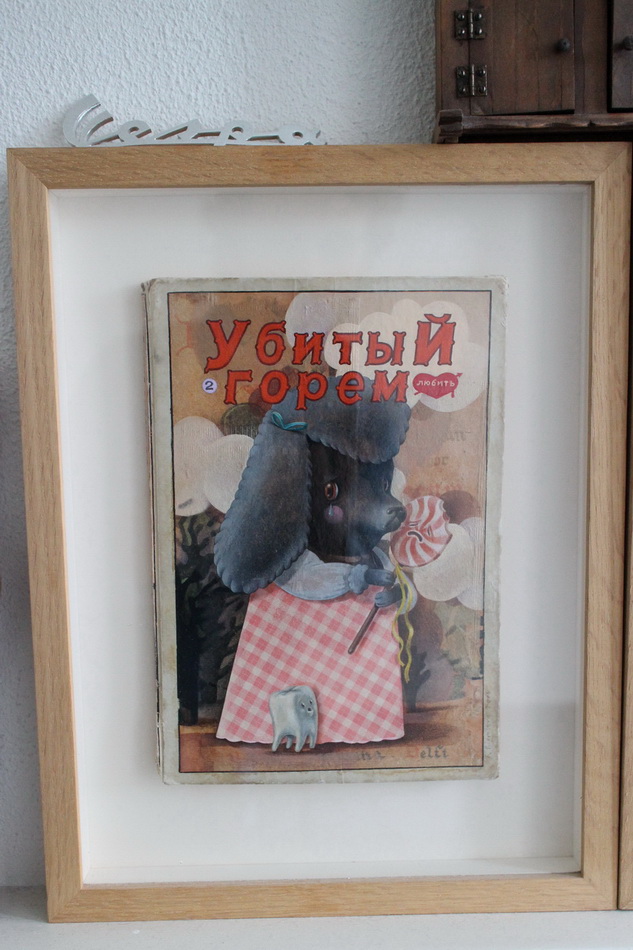 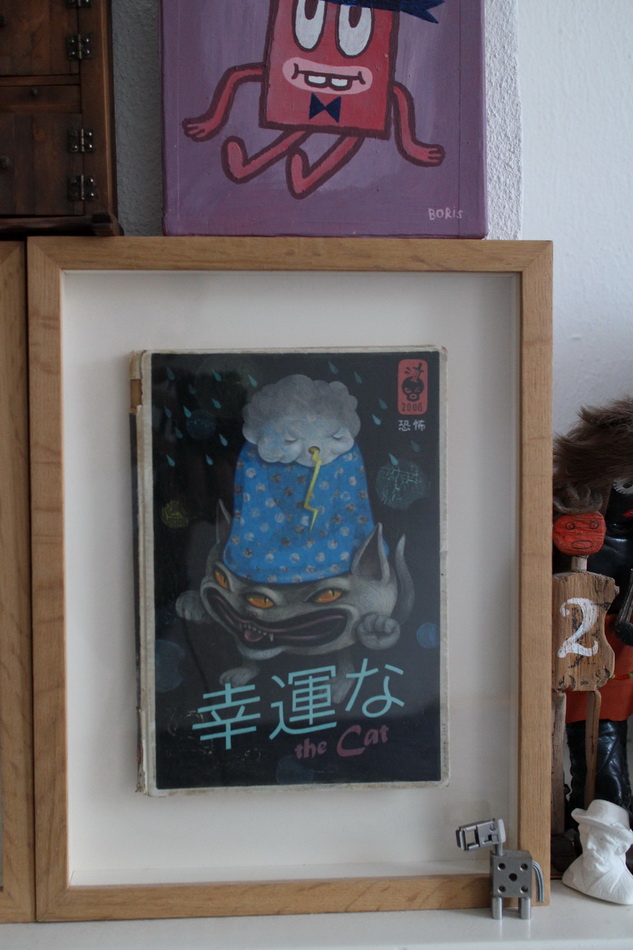 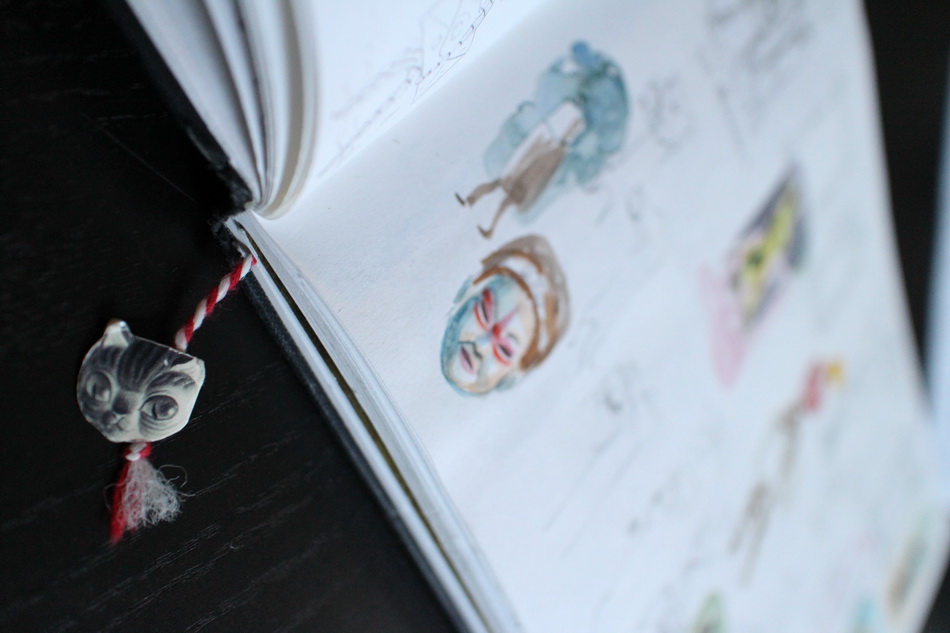 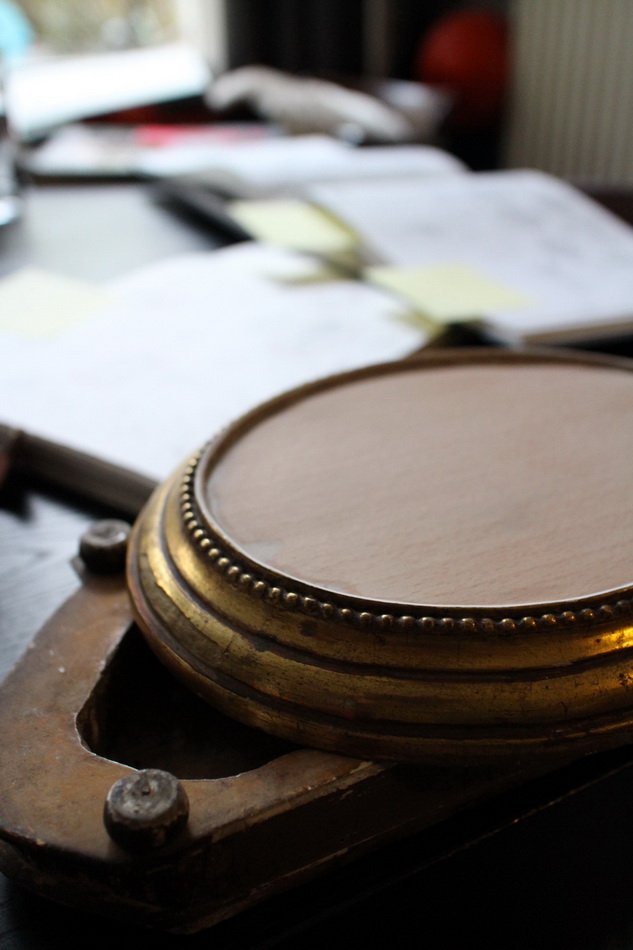