After bringing you an early in studio glance at Shepard Fairey’s new body of work, it’s time to look at the opening at The Halsey, where the new pieces were put on display alongside a new show of Jasper John’s work. Power & Glory featured a celebration as well as a political critique of Americana and the decline of the “American Dream,” kind of a duality of where he shows an appreciation for the iconography but also provides satire. Of course, fans of is work will still see imagery dealing with ideas of power, security, protection and similar subjects, all rendered in his distinctive style. We highly recommend you stop by for a look if you are in the area as it runs through July 12th. 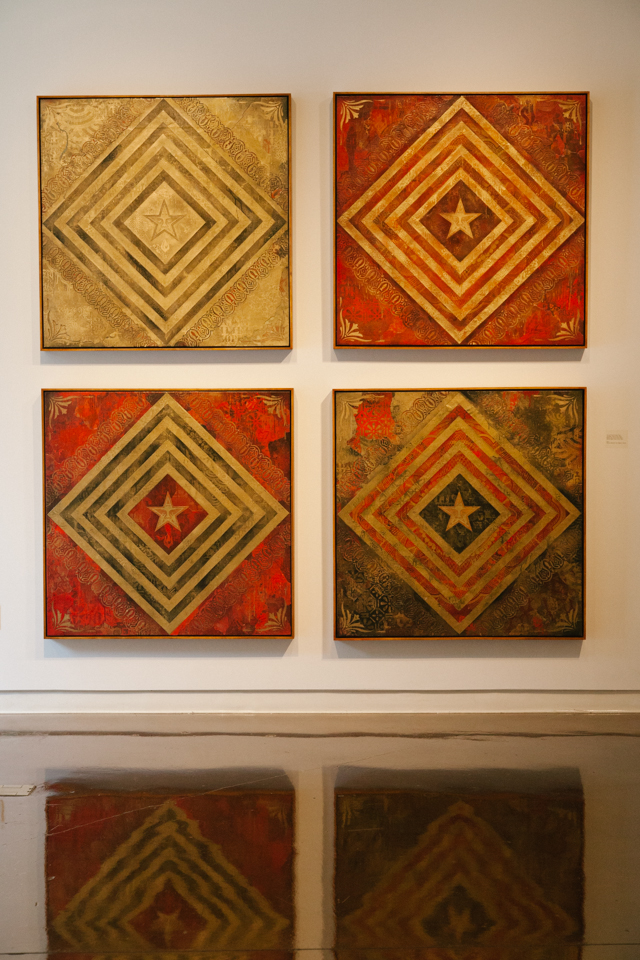 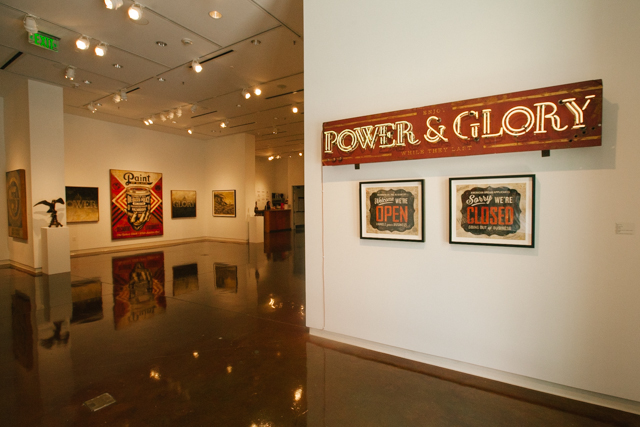 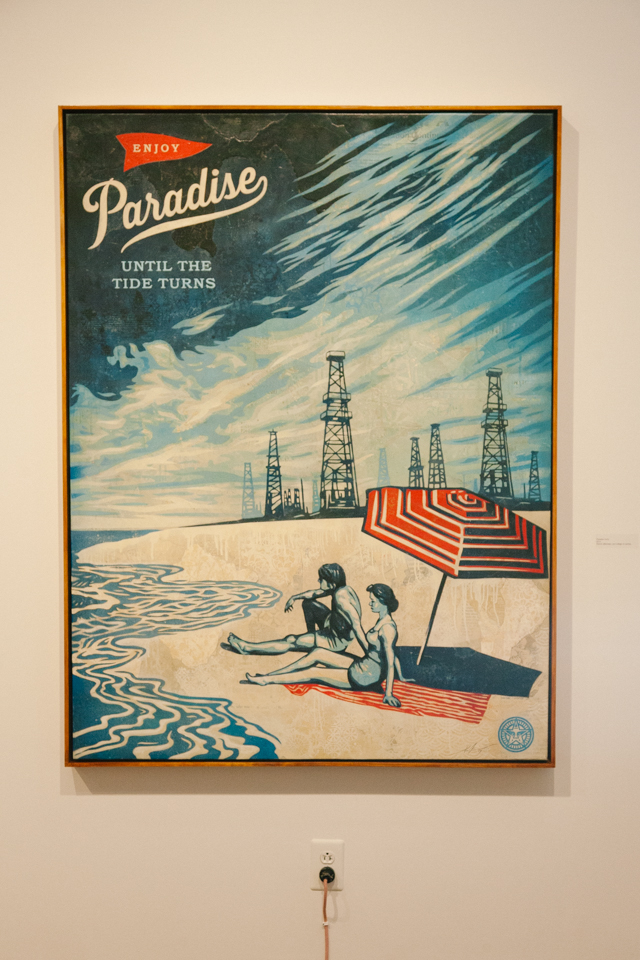 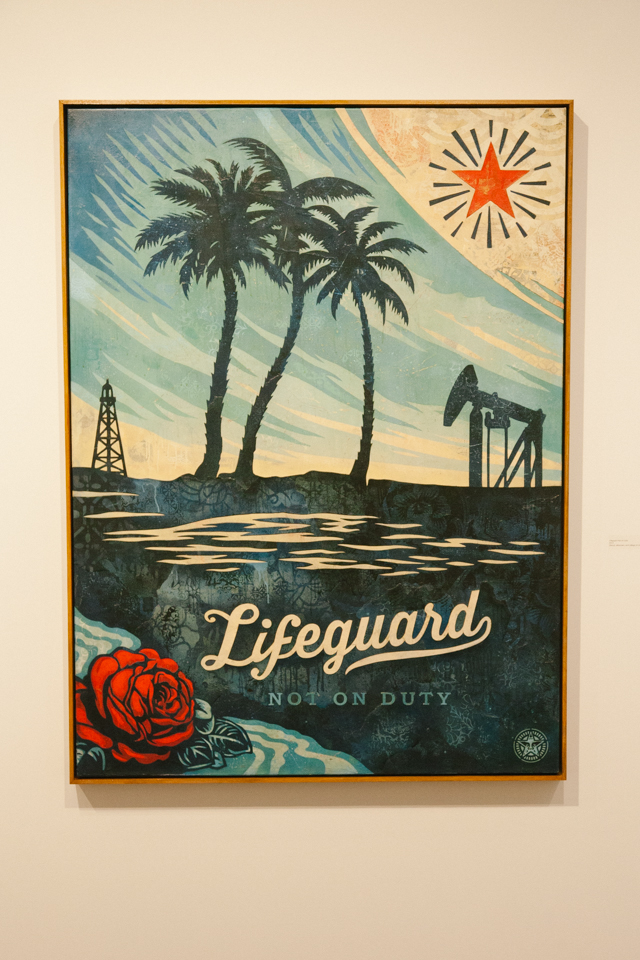 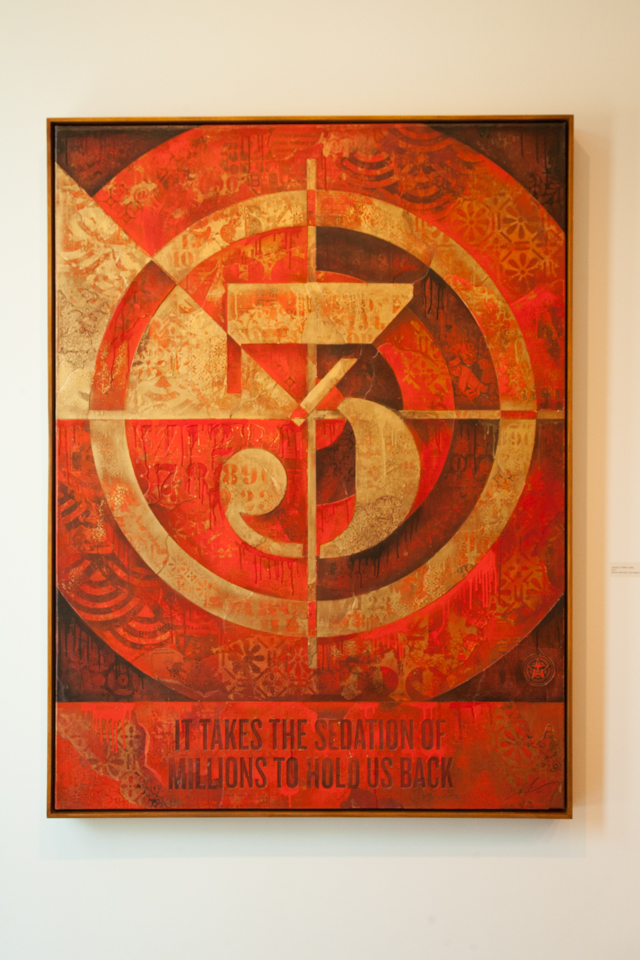 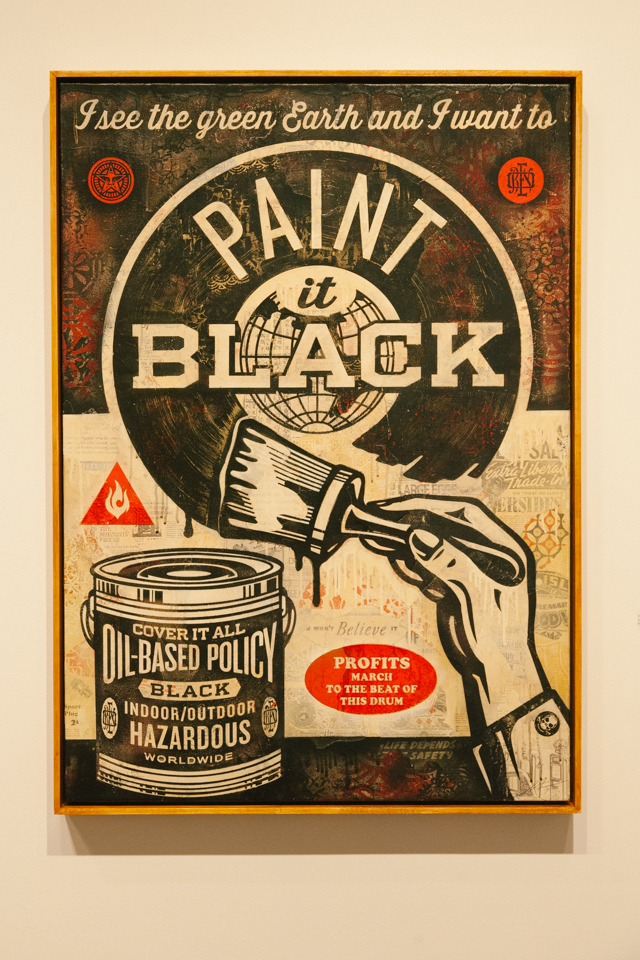 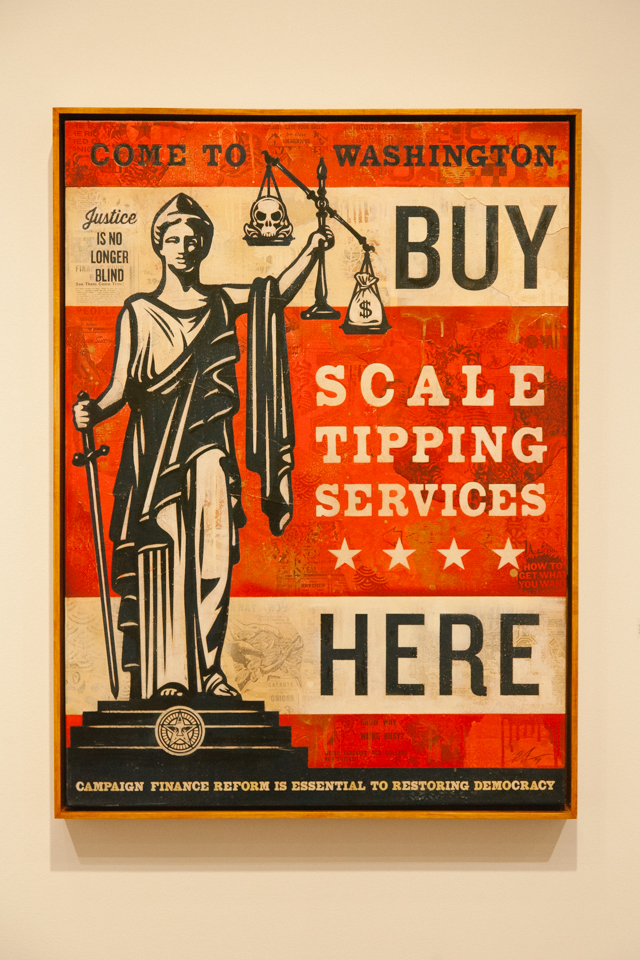 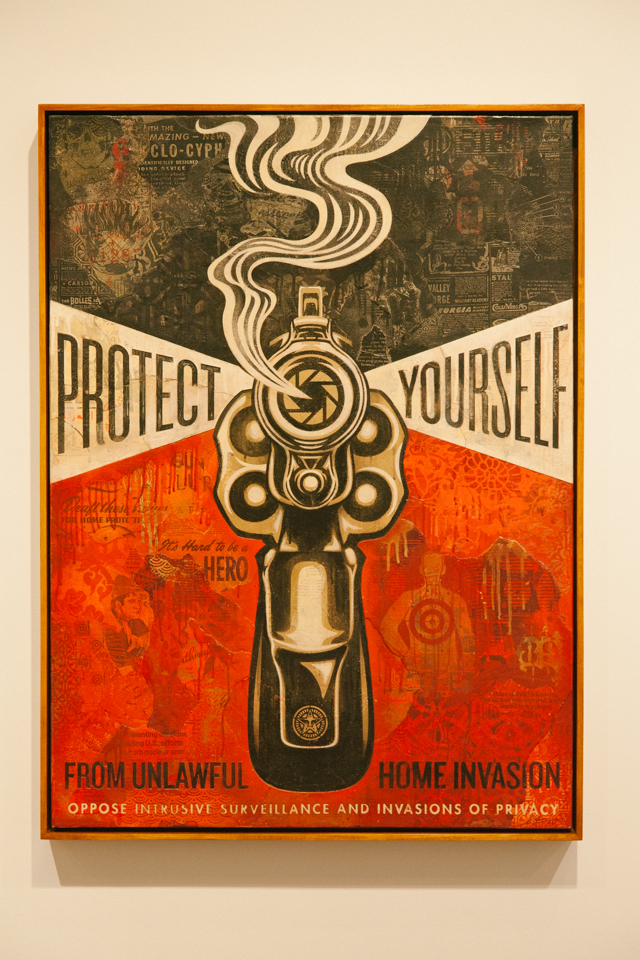