We had the chance to visit Jonas Lund’s Studio Practice project at Boetzelaer|Nispen in Amsterdam on the last day of the production process. By now, the “white cube” gallery space got a full art studio makeover with paint marks and scars of art making on every wall and surface. The works produced are scattered around the space, some hanging as the accepted ones, some marked as denied, and some still waiting for evaluation by the advisory board members. We’ve also got to have a look into a 300 pages book that Jonas prepared for his assistants, explaining the idea of the project, talking about artists which influenced this idea, and the concept of work quality being measured by solely it’s monetary value instead of artistic one.

The whole experiment looked to be very successful on different levels – from generating diverse feedback from art lovers and critics, to resulting in some fresh, unexpected new works. For example, Dutch magazine Het Parool did a negative review on the show, focusing solely on the quality of the works, fully missing the point of the whole idea being an experiment with the art market. On another hand, the online following and support of the project has been exceptional. As for the works, a big percentage of completed ones were instantly discarded, which is a common practice at art studios. However, these bulks of discarded works ended up being turned into sculptural works, documenting the the process. Another interesting concept came in form of large works that are actually the stretched protective fabric from the gallery floor. Jonas finds these pieces especially interesting cause they were done completely unintentionally and are literally carrying marks of the whole project.

On this last day, Jonas was instructing assistants to make sure they have no regrets and to have tried out everything they had in their minds. Also, he was preparing the first stack of works that will be signed, while the gallery owners were starting to clean up the space, bringing it more or less back to its original state. In several days, the show will be officially open with the works being properly displayed and available for viewing & purchased. The whole process can be followed via live streaming through Studio-Practice.biz. 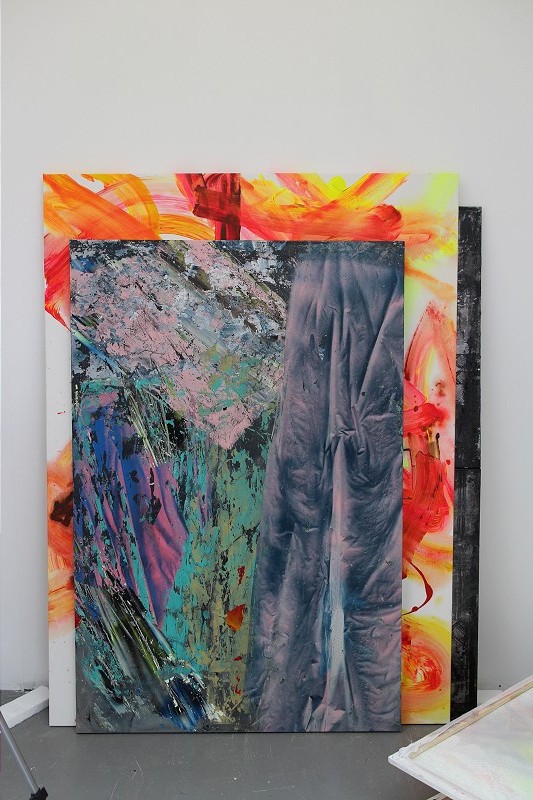 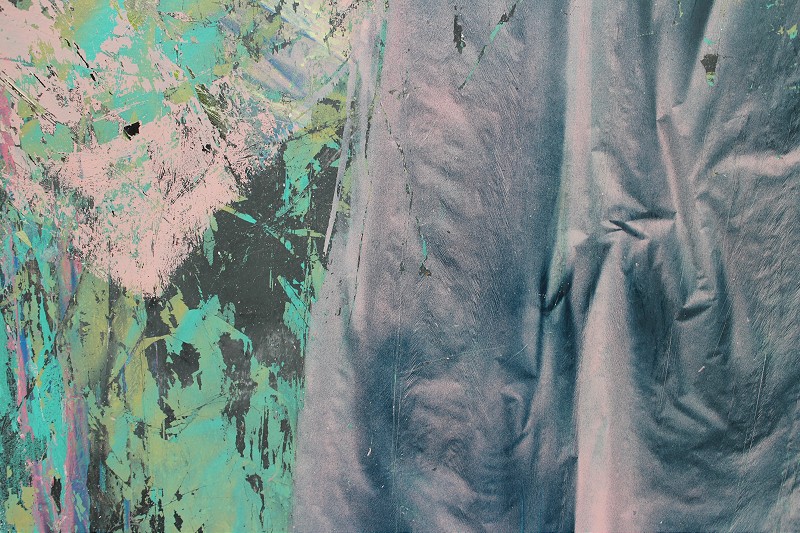 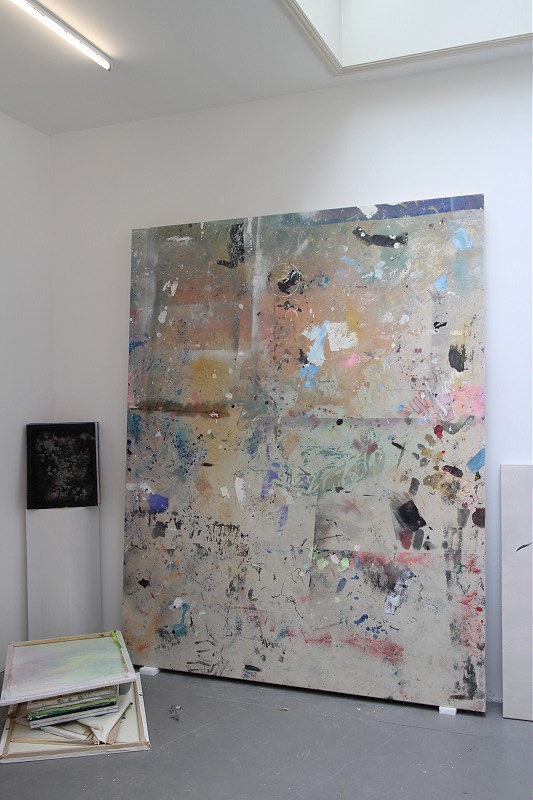 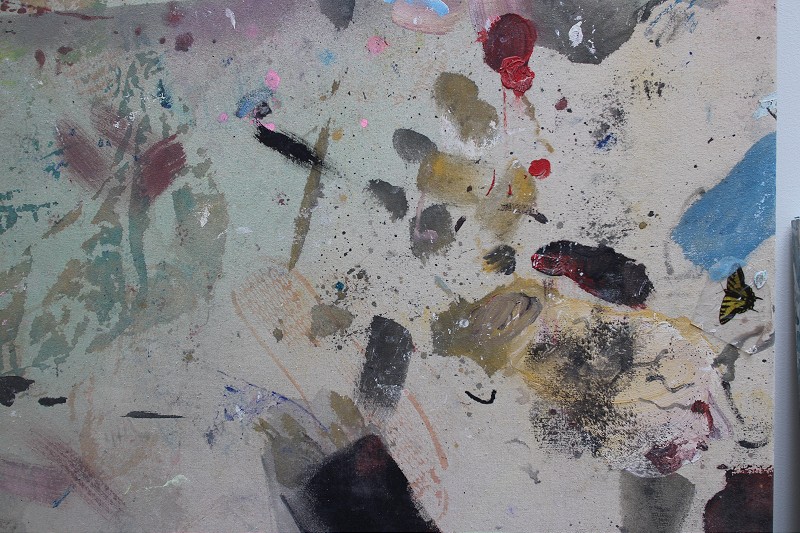 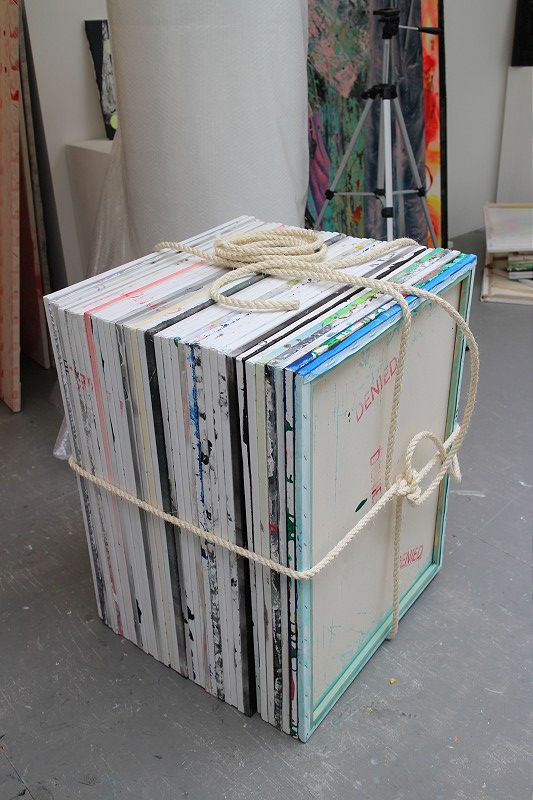 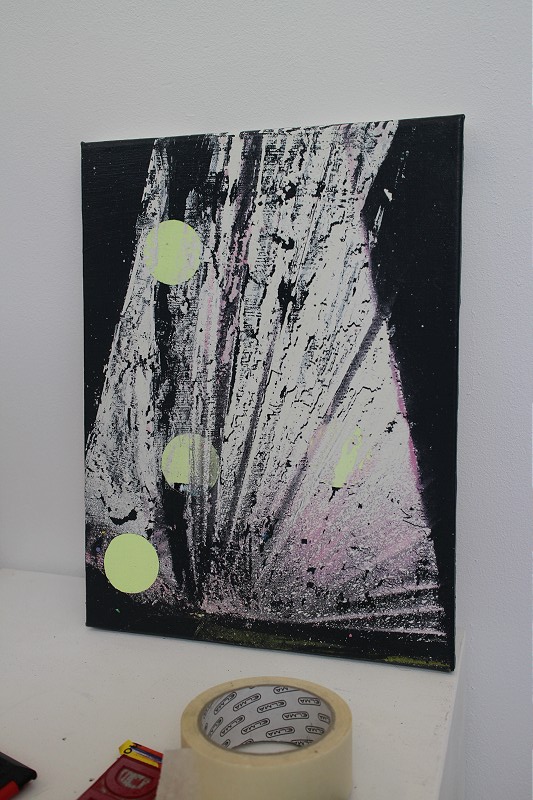 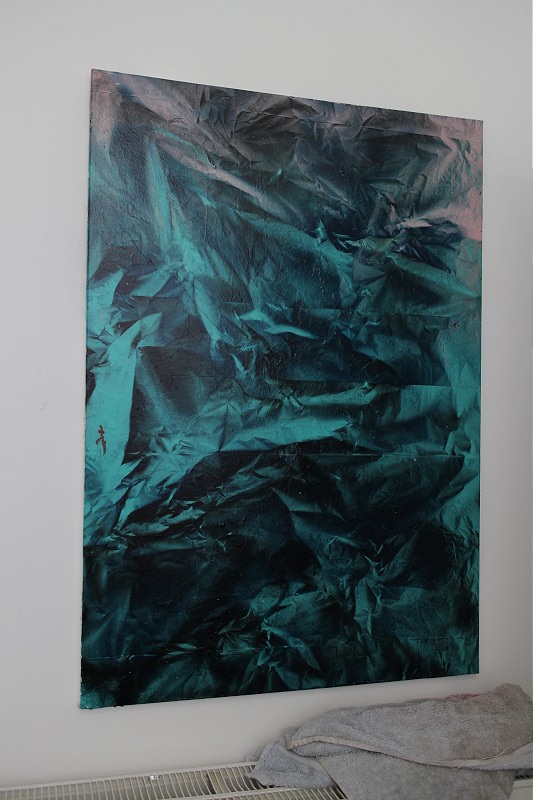 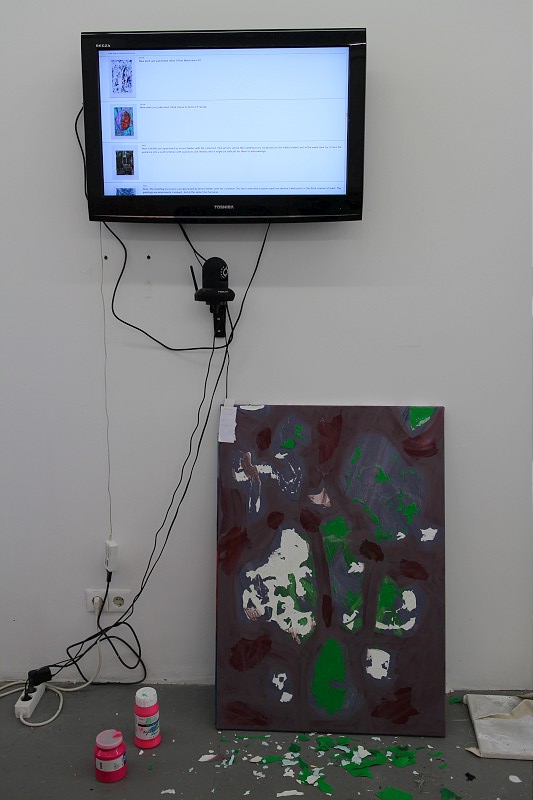