As previously reported, Os Gemeos recently spent some time in Milan, working on the first intervention in a new program by Pirelli’s HangarBicocca – Outside the Cube. Curated by Cedar Lewisohn, this project is dedicated to street art and related forms of art connected to the urban setting and public contexts, and the twins had the honor to open it with a large mural installation entitled Efêmero (ephemeral).

Aside from their undisputed graffiti and fine art world reputation, the Brazilian artists have been steadily confirming their mural art cred with large pieces painted around the globe. Always on the lookout for unusual buildings that can be used as 3D models for their work, they instantly fell in love with the idea of painting Pirelli’s HangarBicocca. As kids that grew up in the 80s influenced by the hip-hop and NYC graffiti culture, they decided to create a monument to this worldwide movement and phenomenon. Shaped as a subway car, the building was a perfect setting to re-creating their iconic images of young graffiti vandals climbing trains and leaving their aerosol marks. Filled with patterns, vibrant colors and countless details that tell stories, this complex piece shows their diversity and talent on so many different levels – from realistic representation of a train with all the technical details, to their unmistakable character, and all the way to the enormous version of an old school train graffiti on the side. Genuinely loving their work and believing in what they do, the brothers once again placed numerous details in their work including the pattern on the bag made from logos of all the world’s major metro systems, a small badge as a nod to their friend clown Slava, to a massive graffiti piece dedicated to their mother, Margarida.

The project was officially revealed to the press on the 20th of April, with both Otavio and Gustavo Pandolfo introducing their work along with Pirelli’s CEO Marco Tronchetti Provera. The public opening was scheduled later in a day with musical performances, including a DJ set by one of the artists. 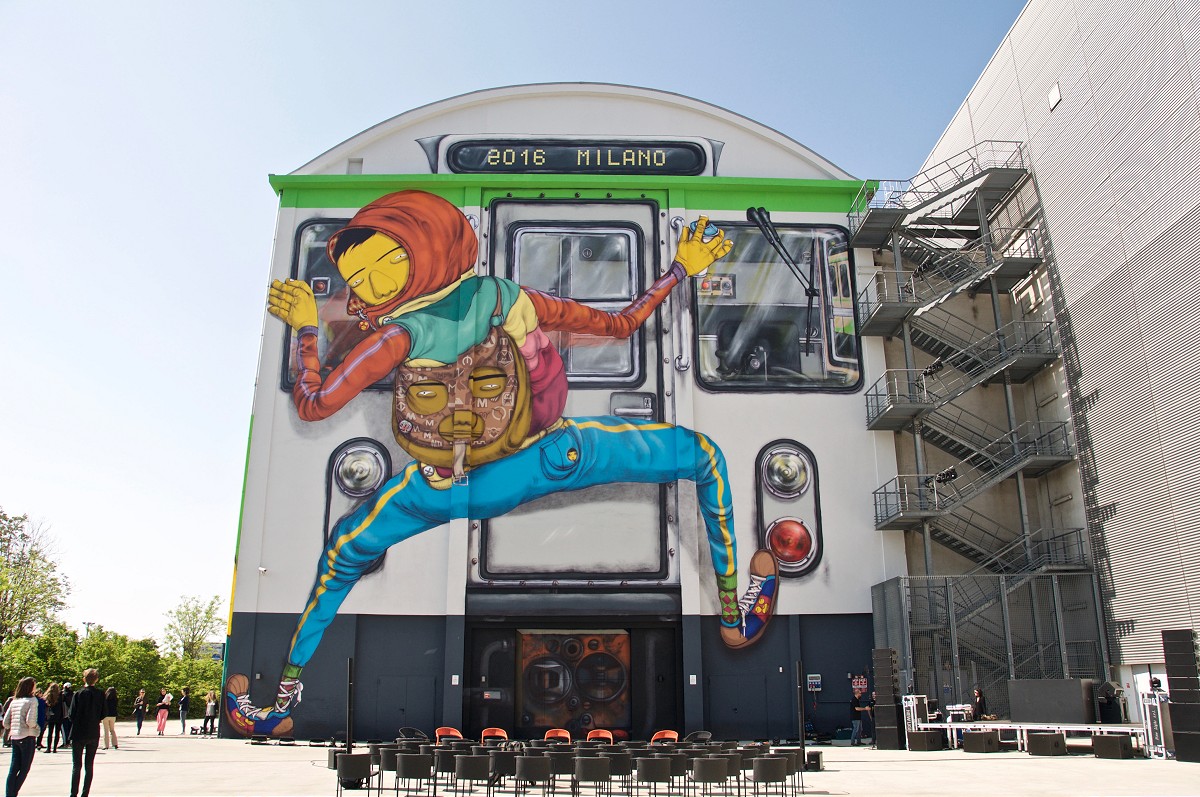 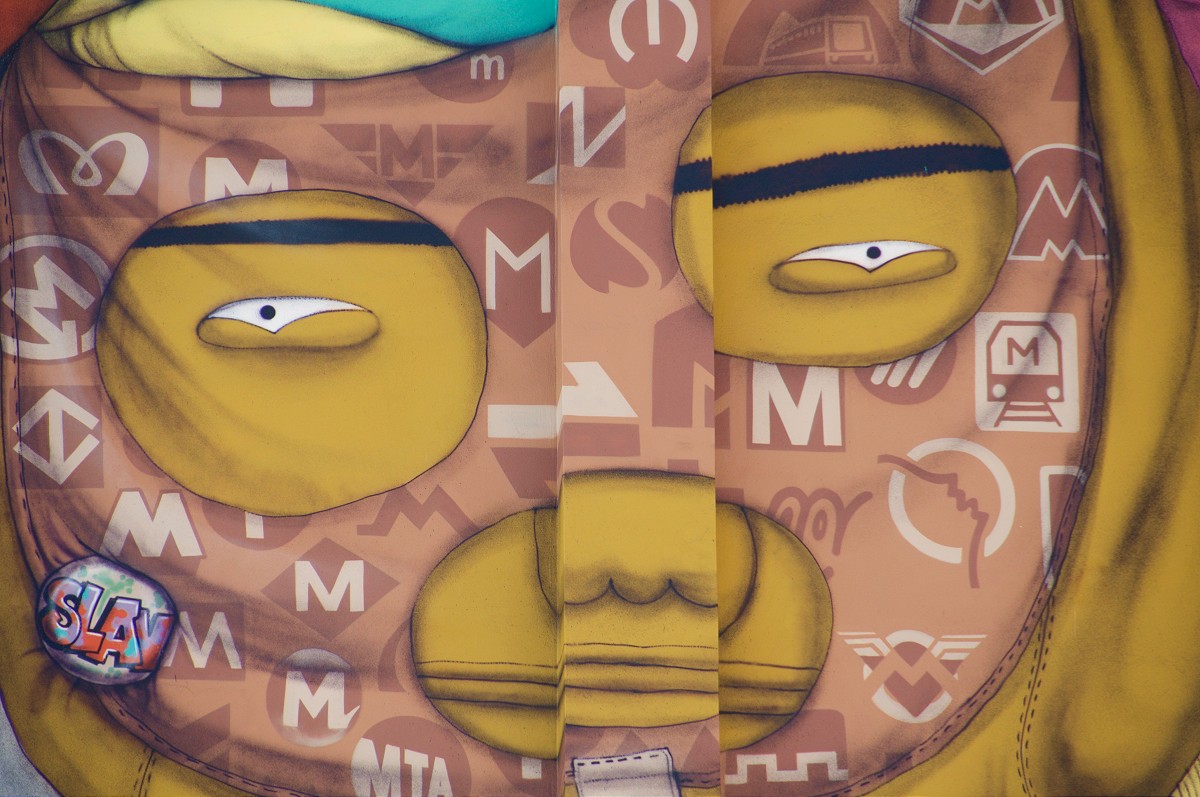 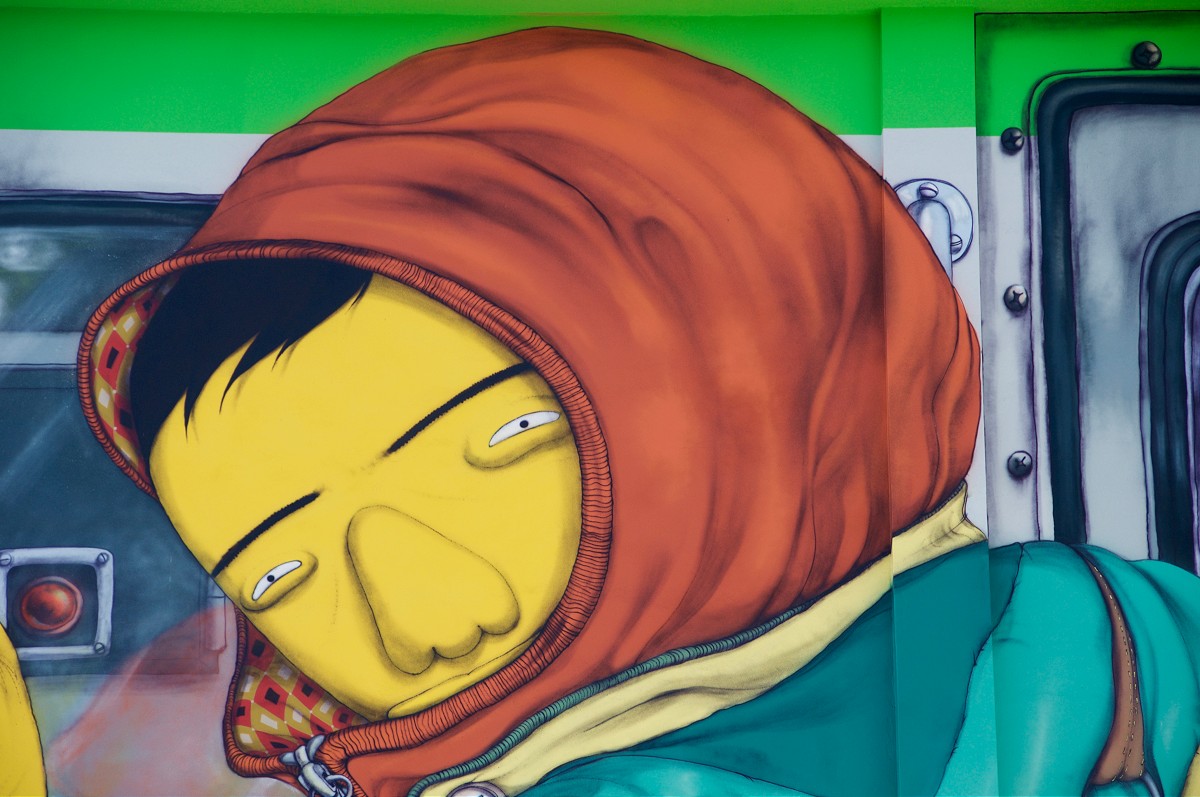 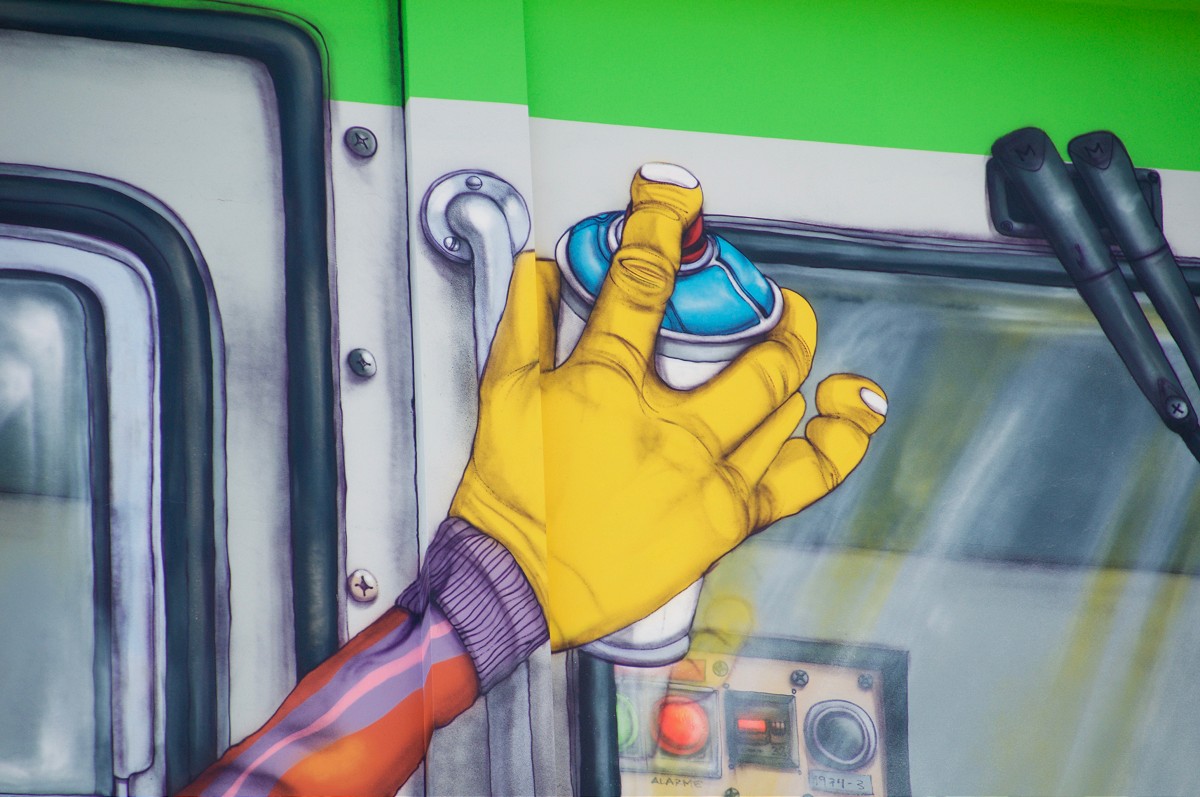 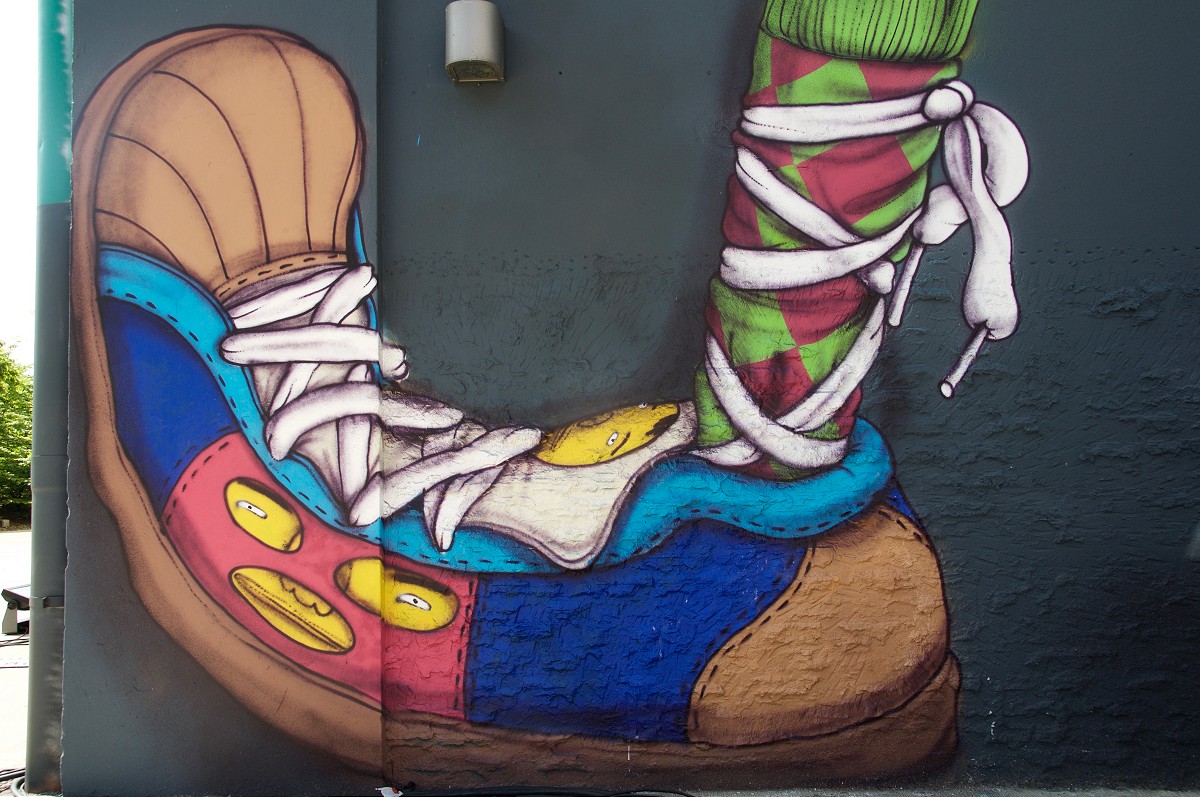 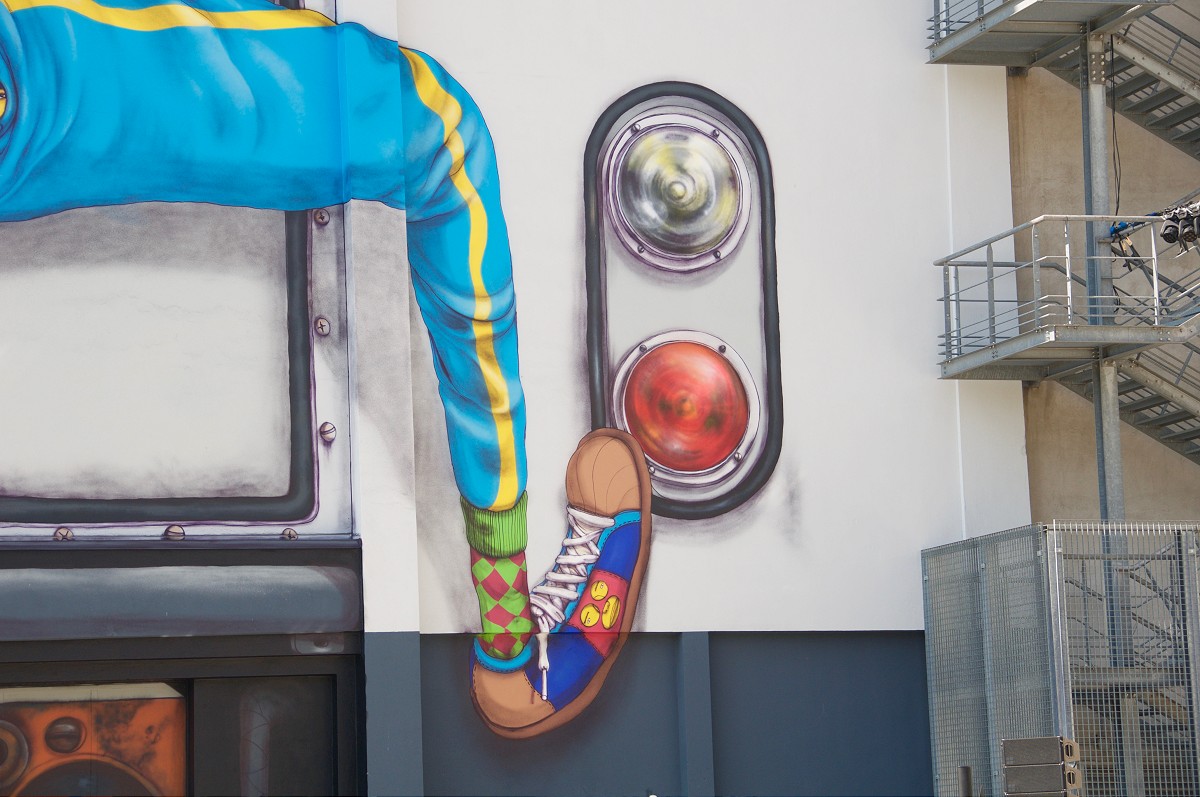 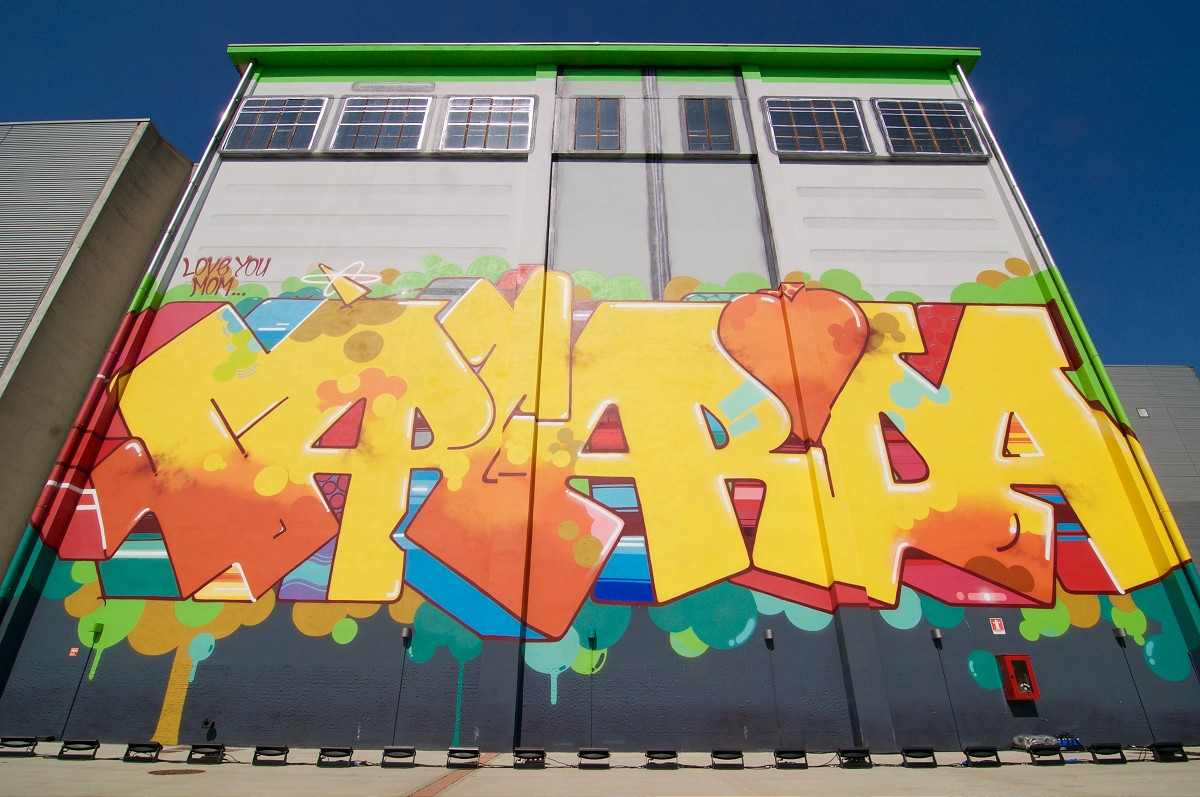 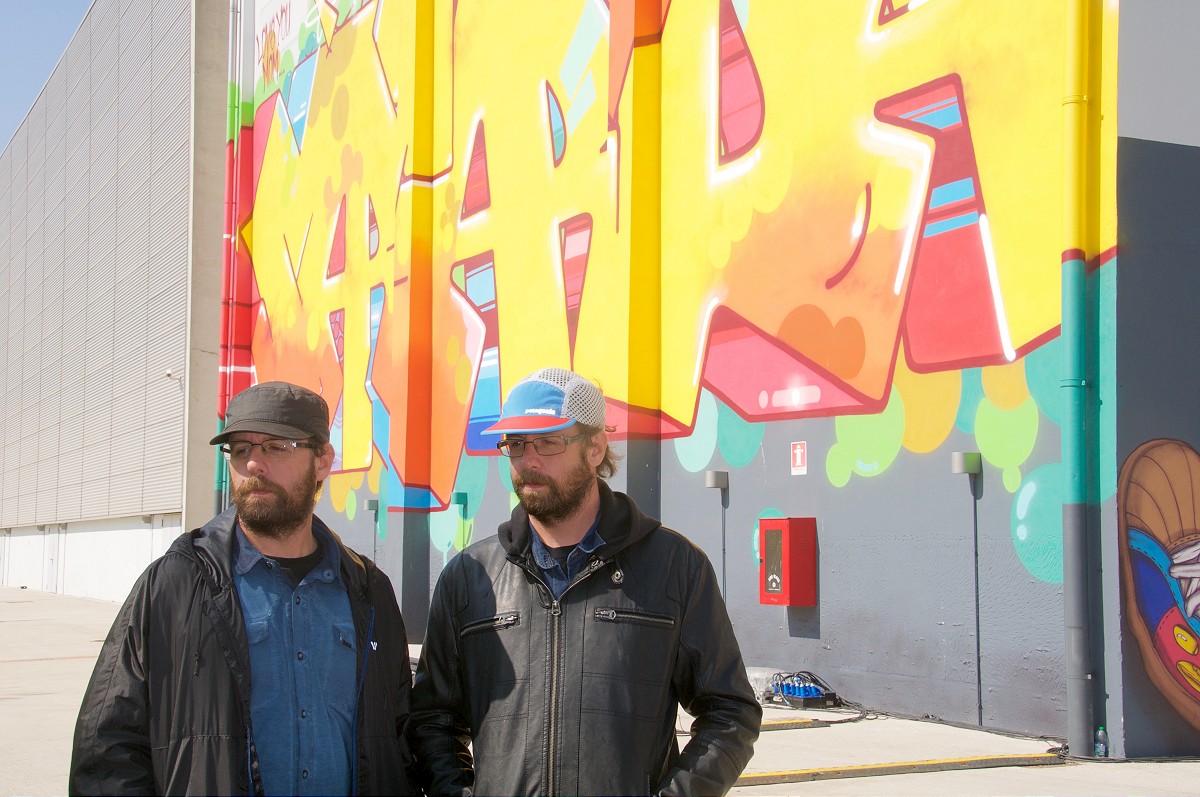