After collaborating with JR (interviewed) in Paris on some meaningful pieces (covered), Os Gemeos traveled to Milan to paint the inaugural mural for the “Outside the Cube” project. Taking advantage of the shape of the Pirelli HangarBicocca building where trains were built in the twentieth century, as well as referencing from the close proximity of railway lines running parallel to the site, the two brothers decided to paint one of their iconic yellow-skinned characters hanging from the back of a subway car. Entitled Efêmero, the almost finished multi-story high piece from the twins is their first major public work in Italy. 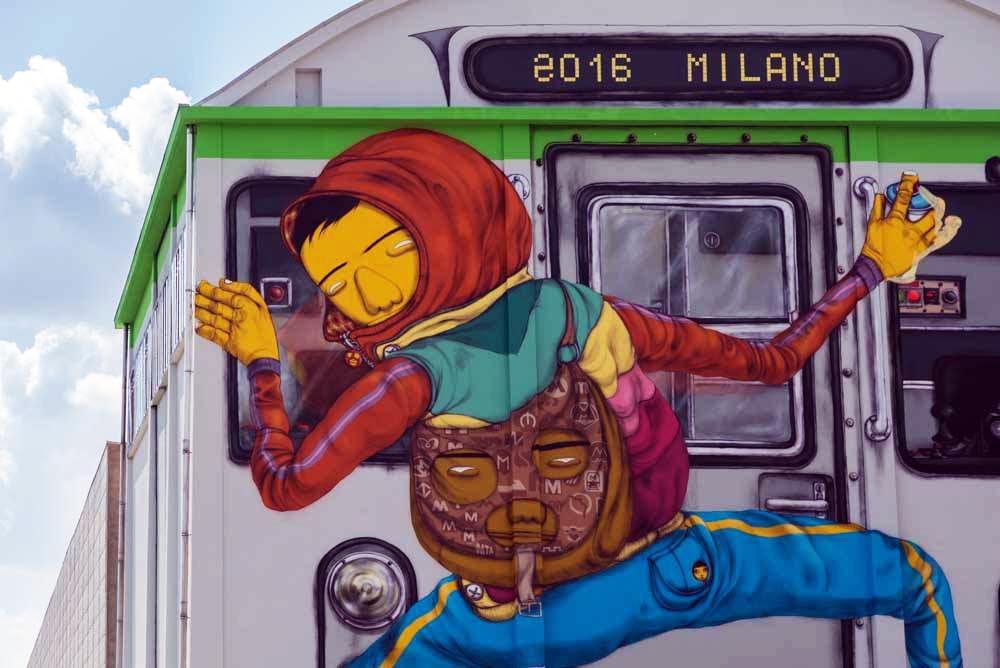 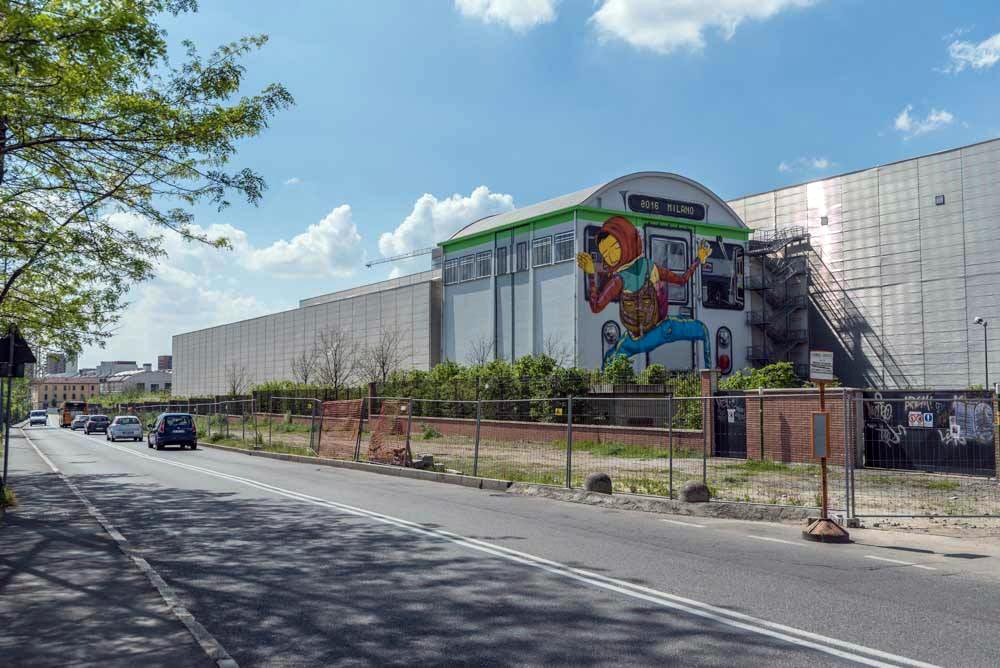 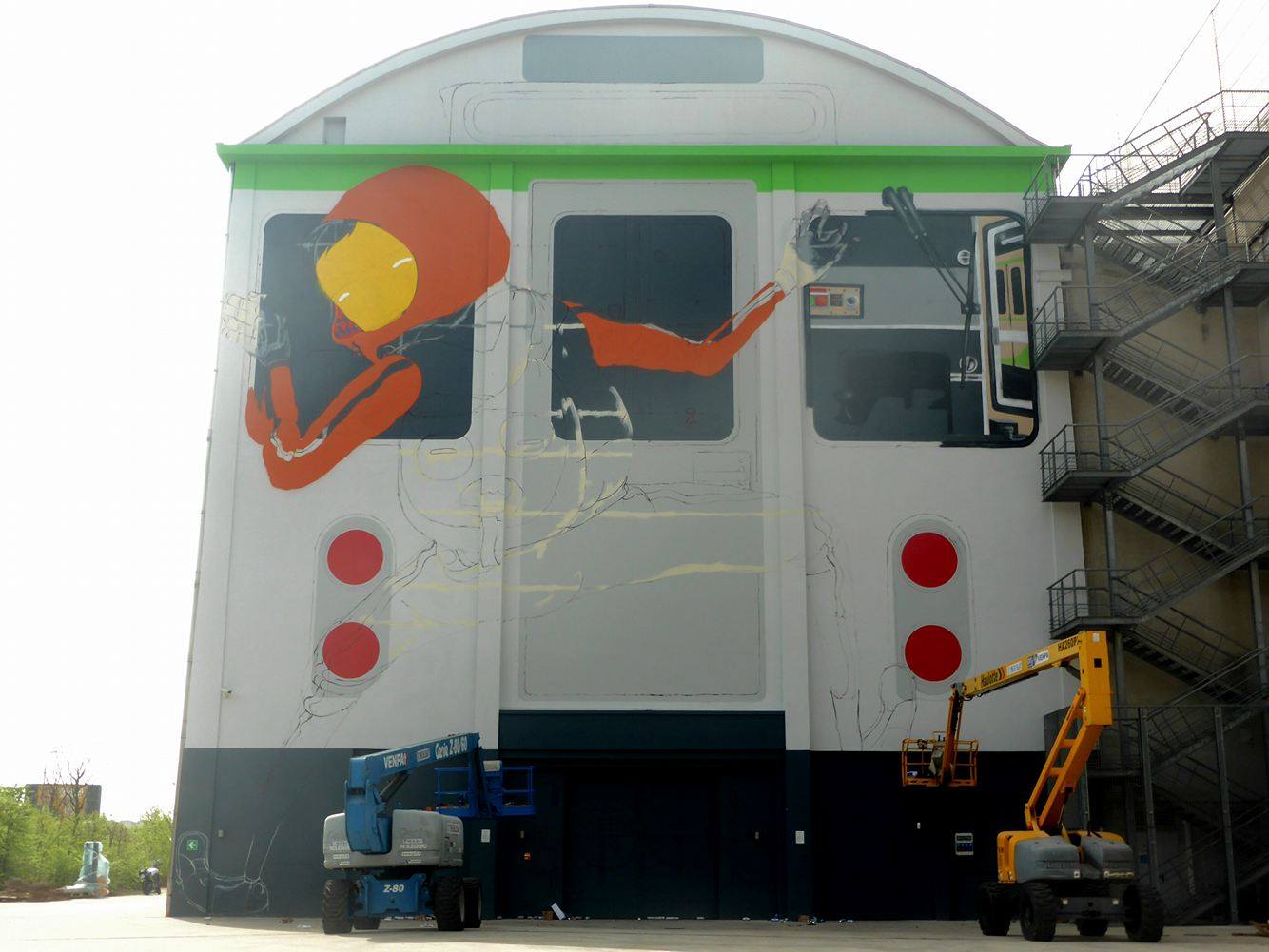