For the last several years, summer in Europe means a lot of street art festivals producing some amazing murals. This year, Brazilian twin brothers Os Gemeos are spending some time on the old continent, but taking a bit of a different route than majority.

Otavio and Gustavo Pandolfo recently visited Minsk in Belarus, taking part in the Vulica Brasil Festival that celebrates Belorus-Brasilian urban art. Like their recent NYC escapades (covered), the duo decided to paint a new figurative piece there. Similar to their silos painted in Vancouver last year (covered), this mural is covering the entire section of the a new Brazil embassy building in Minsk features one of their signature yellow giants. The crouched position and a roof as a hat adds to the illusion of its size, which is emphasized by the colorful outfit and the shirt entirely created out of smaller characters. 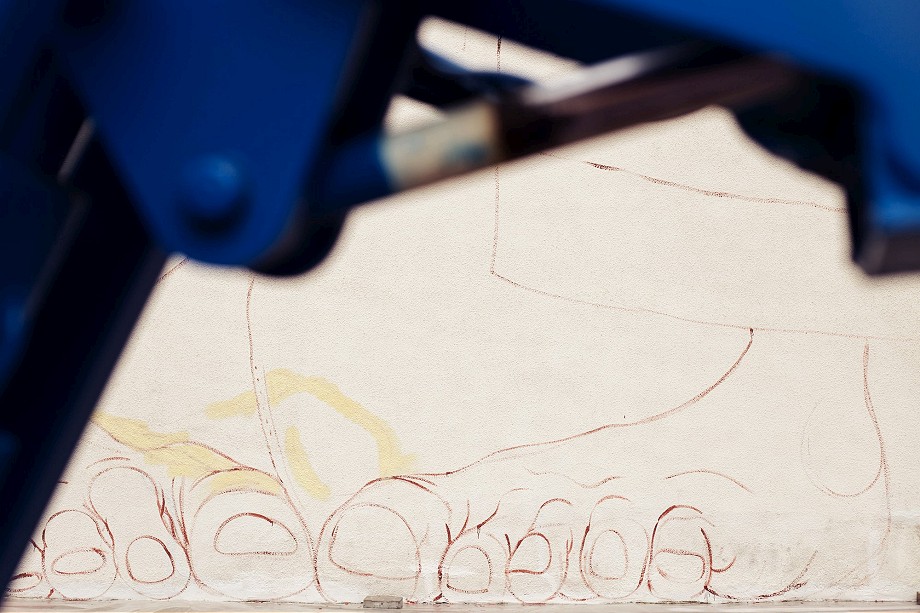 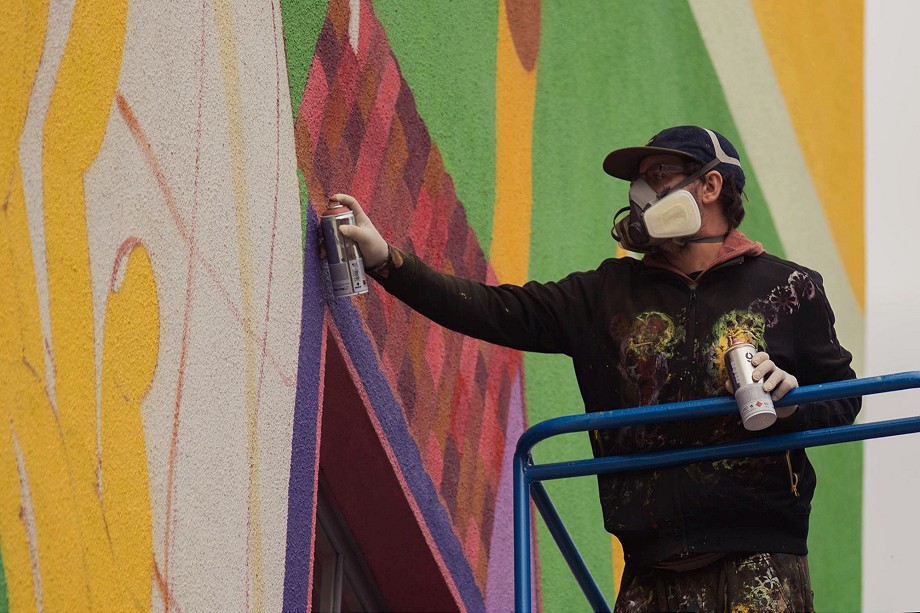 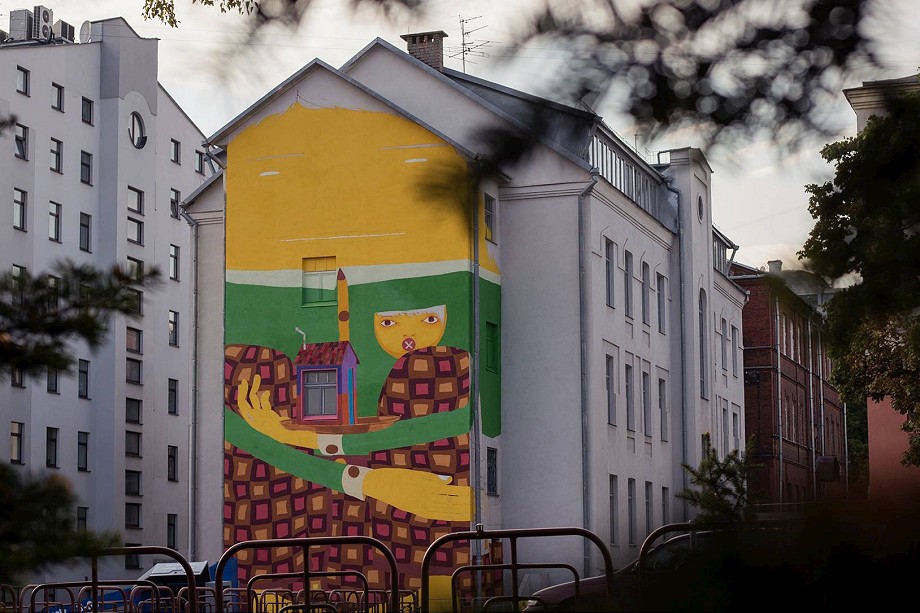