After almost six years silence from solo shows, broken only with an unusual, performance art exhibition at POW in London (covered), Adda Gallery in Brussels recently opened the long awaited exhibition by Dran. The French artist has put on display his latest paintings and unpublished drawings from 2015 to 2016 in a big comeback titled Tiens.

Weeks ahead of the show, his army of followers and collectors were impatiently waiting to see the new works as well as the new print and accompanying book. Known for his unpredictable nature, it was certain until last moment if the show would be another unexpected performance or stunt. But, the moment doors of the gallery opened and the visitors saw the works hanging at the walls, everyone was relieved. From sketches on paper, older works on cardboard, to a big series of new canvases, his dark humor, cynicism and blunt critique of society were shouting and jumping out of his works – sometimes literally.

A separate space of the gallery was reserved for the hand-finished silkscreen which was released in an edition of 88 pieces. With several remakes of his previously seen works and many new images, one of the founders of the infamous DMV graffiti crew showed he is ready to deliver more of his dark goodness. 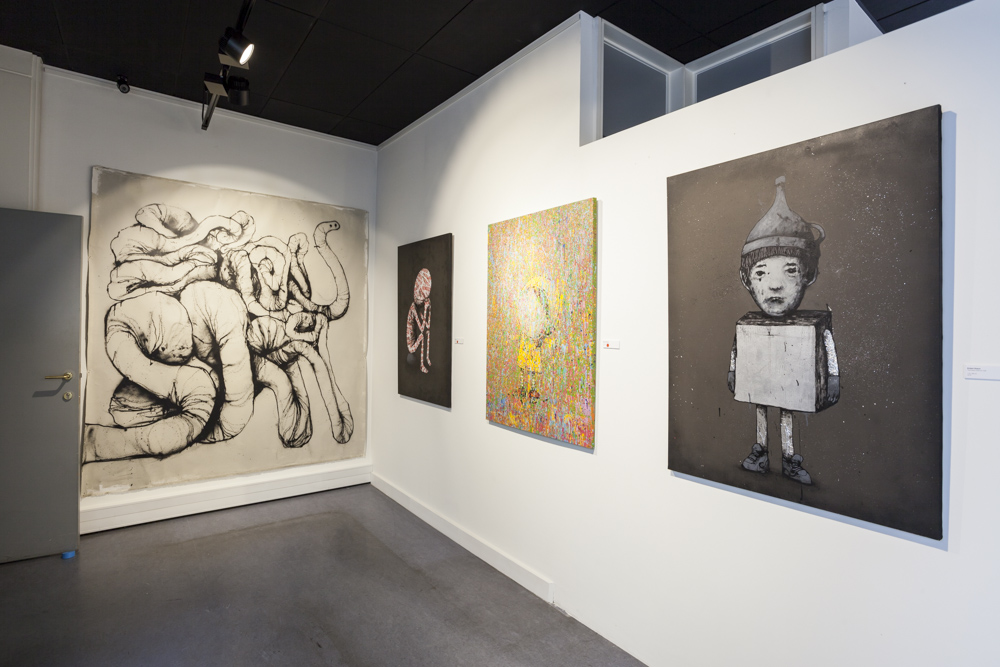 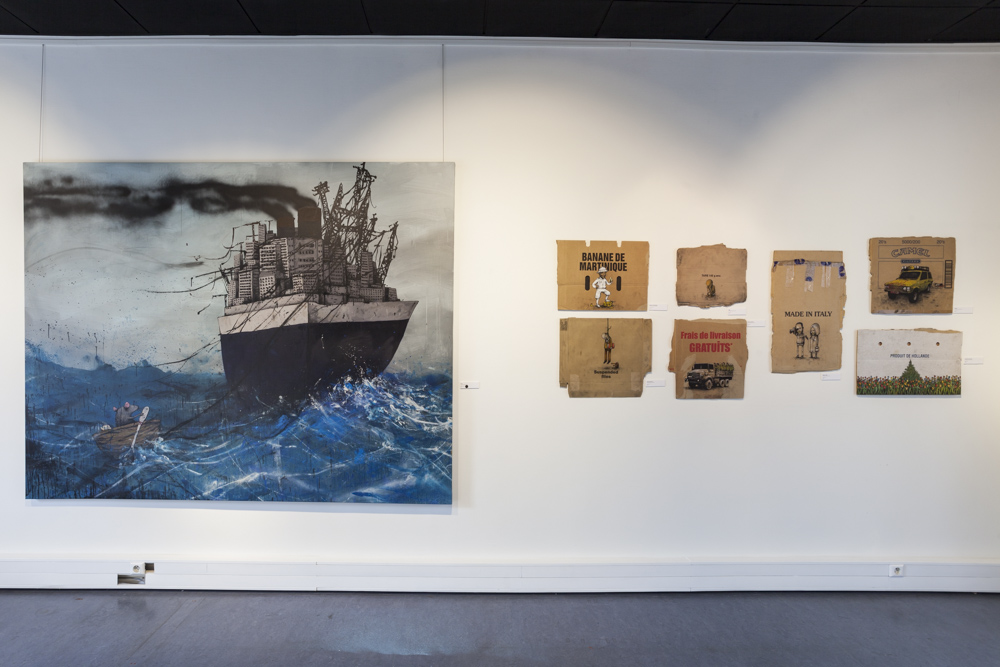 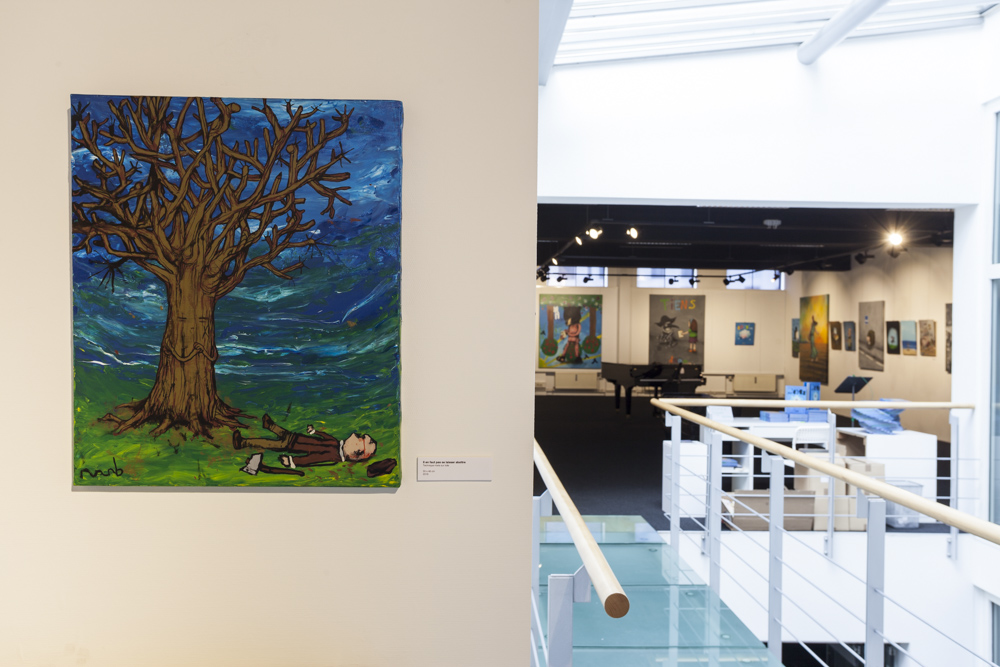 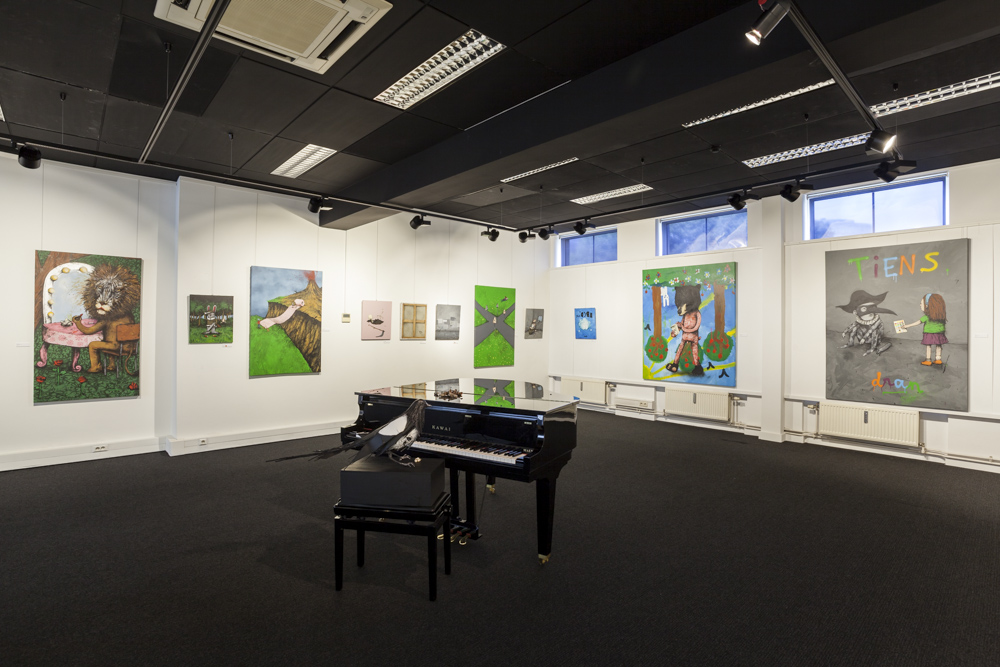 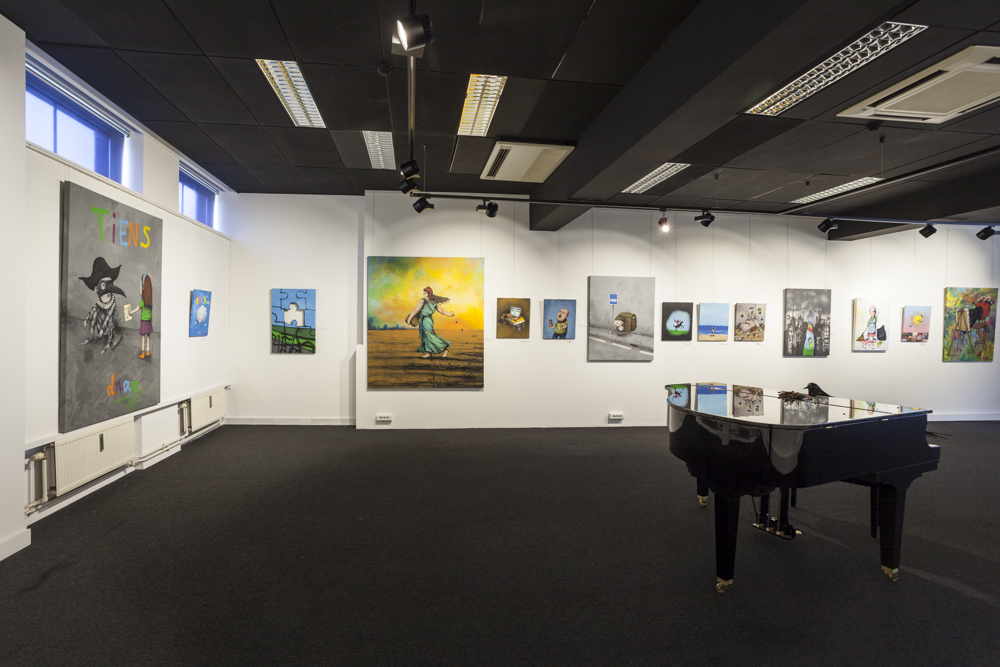 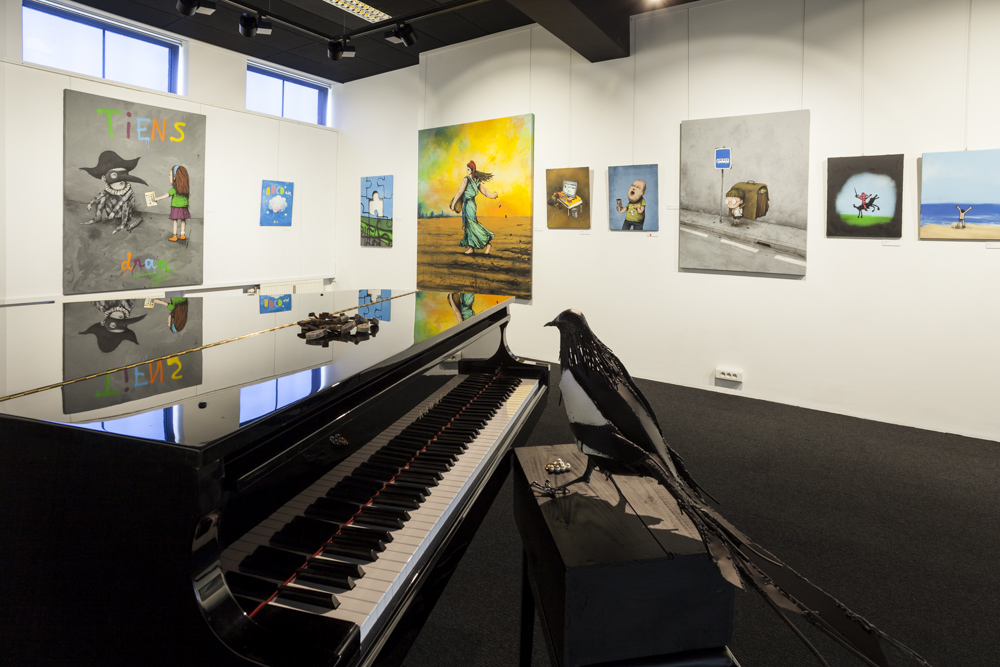 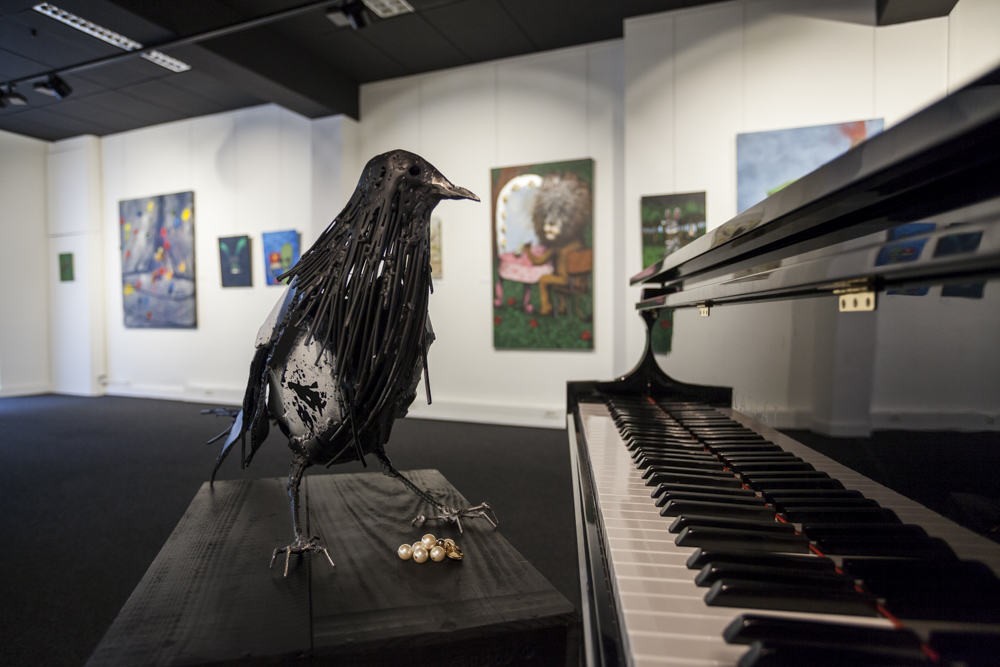 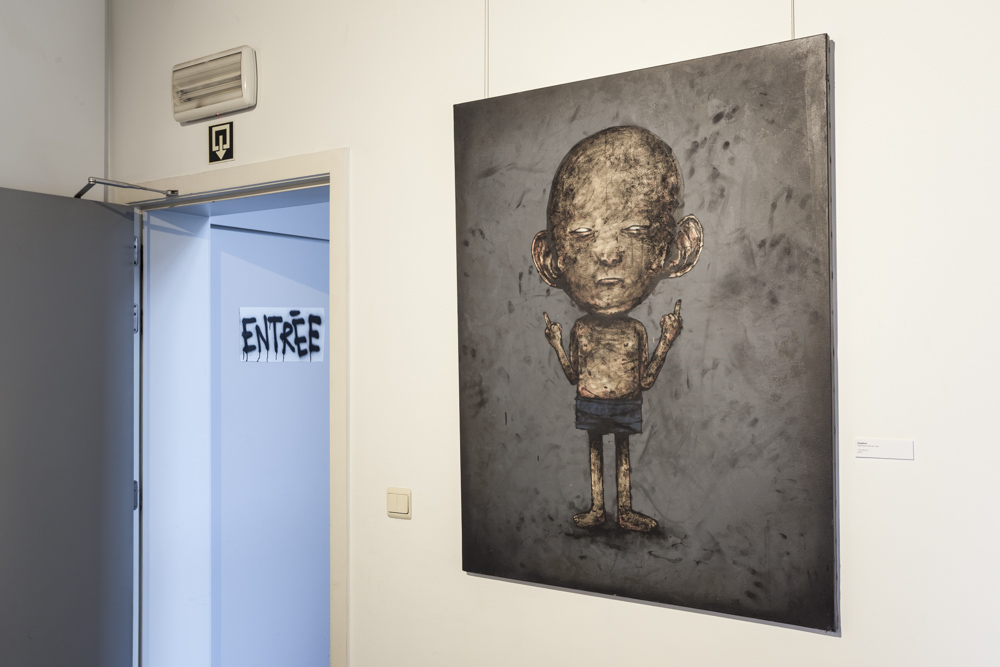