Lithuanian artist Ernest Zacharevic just announced he will be releasing his self-produced limited edition Splash and Burn on the 20th of January at 3pm GMT via ErnestZacharevic.com. This 11 layer lithograph was produced at the Idem Studio in Paris and each print has been hand finished by the artist.

Following his previous work and theme of children at play, the image depicts a young boy with a burning match in hand, atop a rhino folded from an American dollar bill. Further exploring the interaction of kids and origami art he introduced in his Lisbon show in 2015 (covered), the Malaysia-based artist is also giving a subtle comment on the fragility of world economy through an image of a majestic and powerful endangered species.

Each print has been hand finished with an antique oil lantern and matches to create an individual swirl of smoke on each image. Splash and Burn is printed on a BFK Rives 270gr paper measuring 90cm x 68cm and the entire edition of 130 is signed and numbered by the artist. The release will be used to generate funding for a self curated art campaign launching in spring 2017 in association with The Sumatran Orangutan Society, an organization that is protecting the critically endangered Sumatran orangutans and their forests. 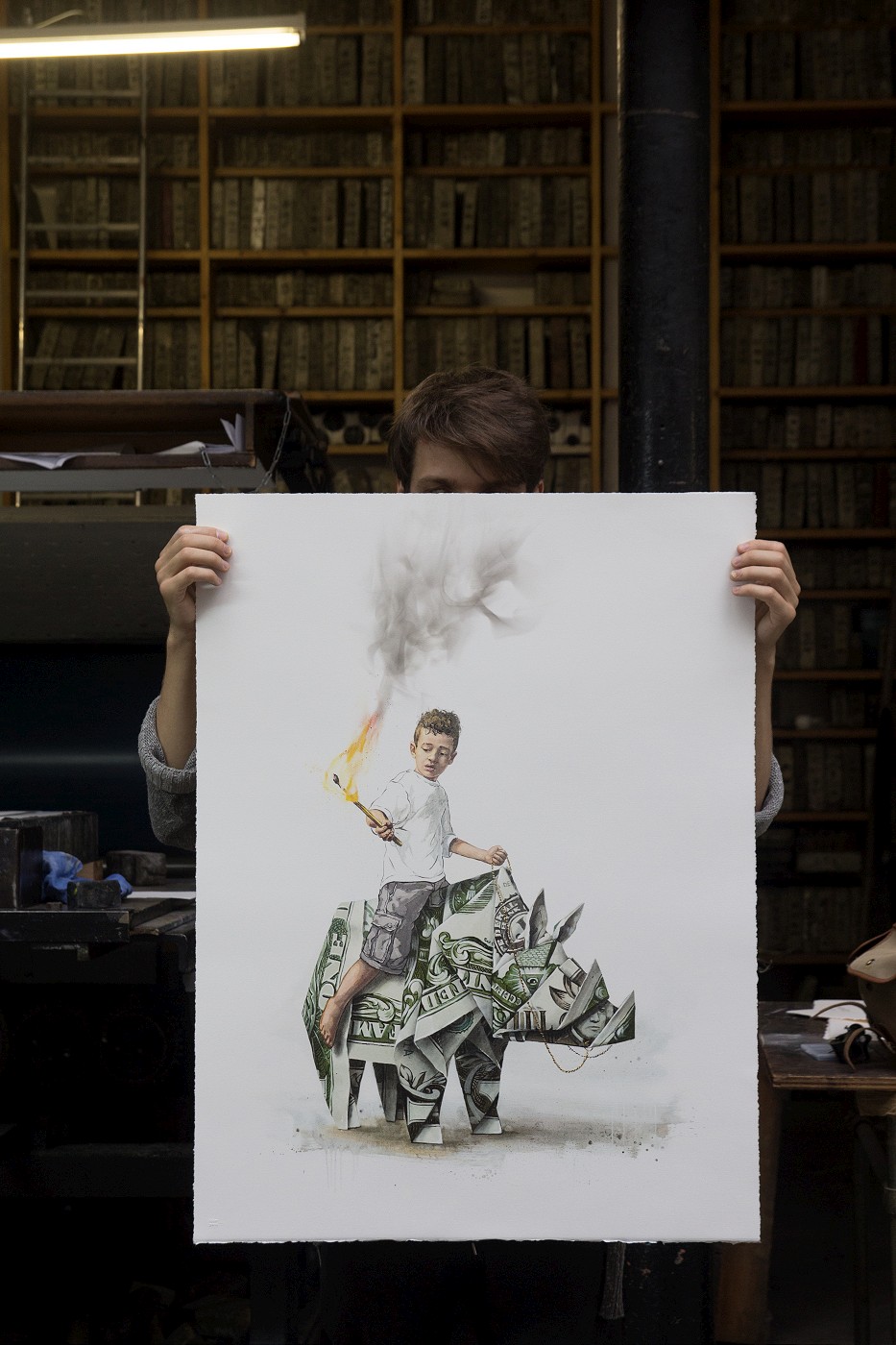 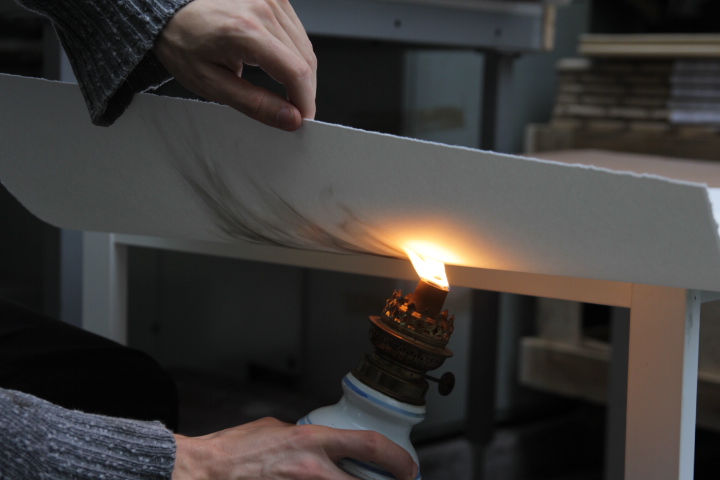 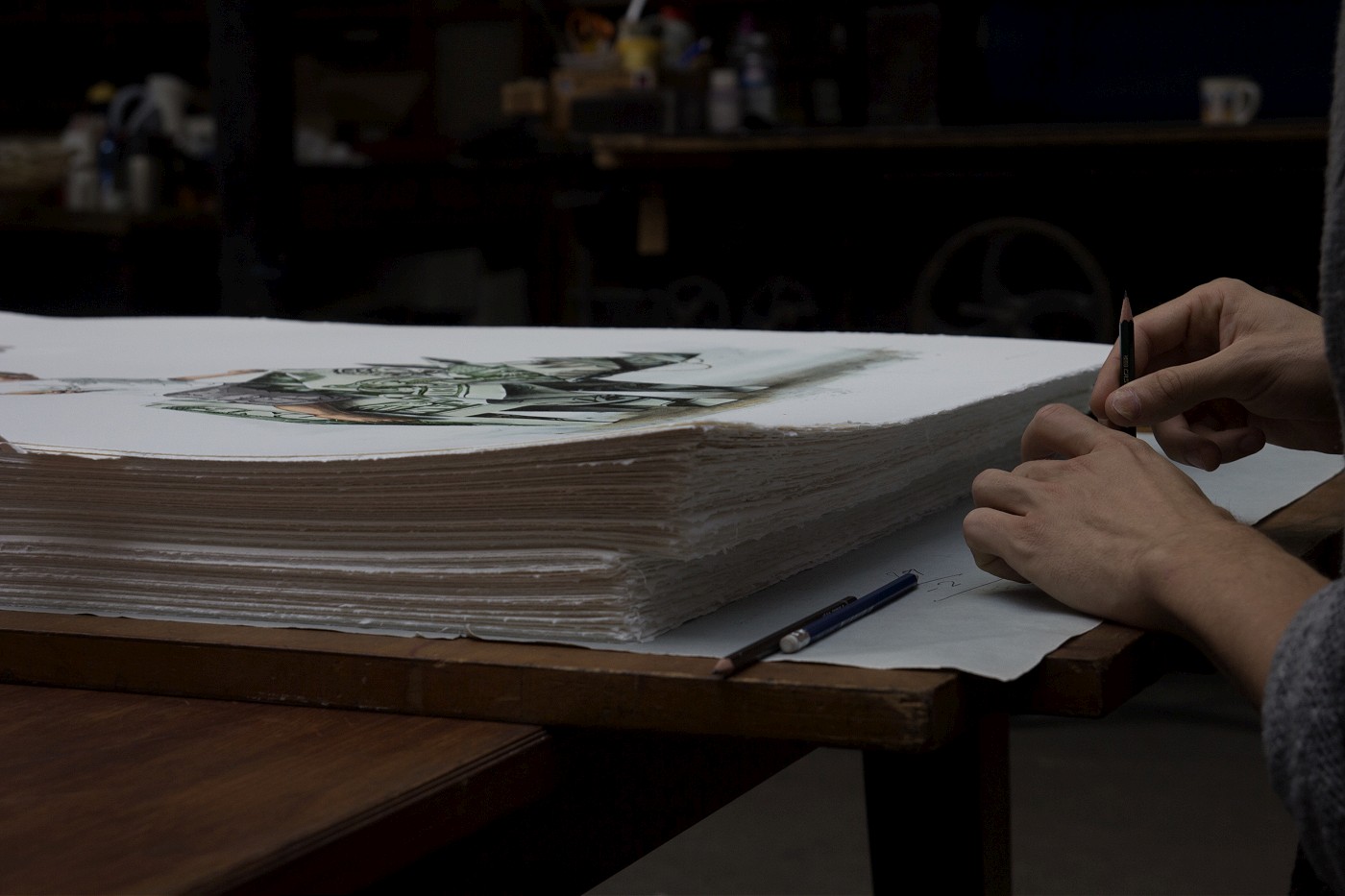 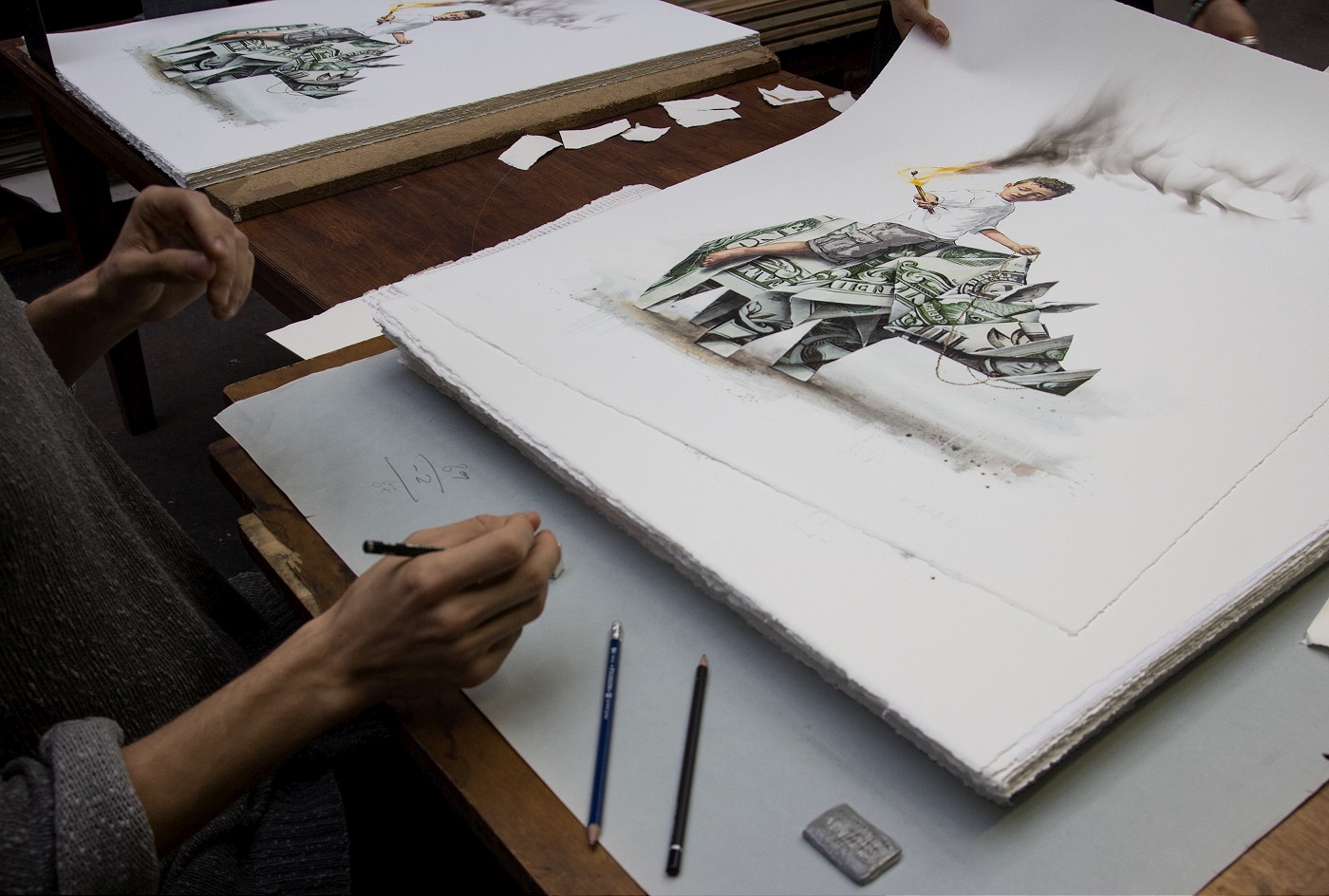 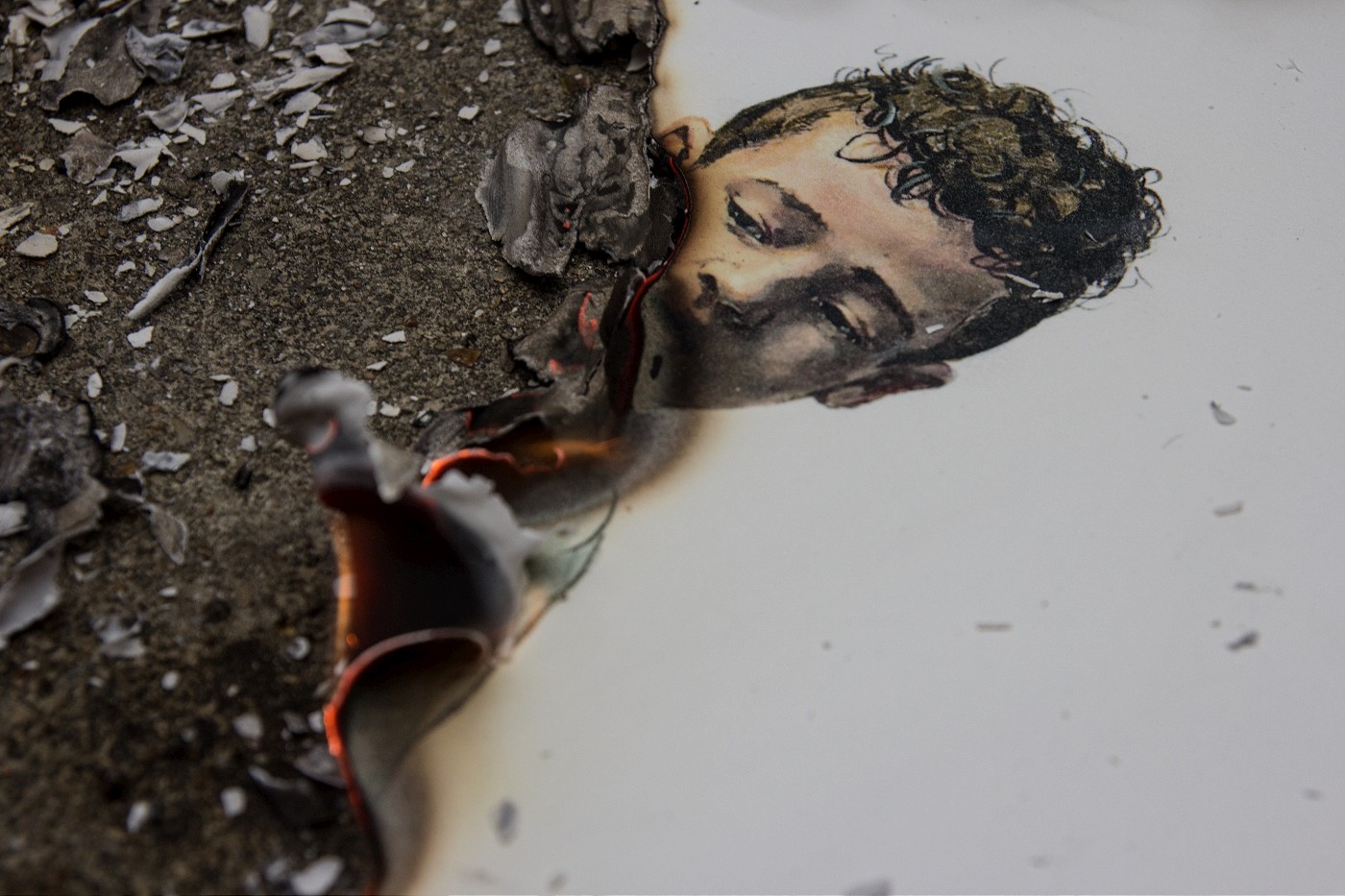