As we previously mentioned, this year’s Nuart Festival was focused on artist that stand out with their public work in the way they interact with the observers, rather than create images from their visual language. This curatorial tendency became very clear in this year’s indoor exhibition @ Tou scene that opened on 2nd on September.

Featuring works by all the participating artists hailing from 10 countries, this presentation once again showed how unique this event is on the global scale. Giving these artist an opportunity to produce and show the kind of works that can’t be done in their studios or in the street, it pushed their creative force and allowed them to express themselves in the way that is rarely seen.

Rise Up! group show was constructed around the theme of “power” which artist tackled in diverse ways both conceptually as well as technically. Carrie Reichardt exhibited her craftivism mosaics that screamed anarchistic and activist paroles, thematically and aesthetically directly opposing ±MaisMenos±‘ clean voting poll installation. The Portuguese artist created a functional voting room, giving visitors an illusion of choice, directly commenting on the election practices worldwide. Ricky Lee Gordon created an installation that comments on the power of nature to overcome any human activity, no matter how cruel or unjust it might be. Next to this was a large sculpture by Ian Strange, created of burnt wood and constructed in shape of a roof of a house. Simple yet haunting this dark installation presents on of the techniques through which Perth-born artists talks about disenfranchisement within the urban environment. Slava Ptrk created a text piece made of sand and glue, continuing his outdoor piece, but also painted a large image of his EU visa, ridiculing the authorities by turning them into a mural. Next to him Spanish artist Ampparito extended his outdoor interventions made with warning tape by blocking almost the entire room and hiding a word “nose”. This was done as a reference to Zechariah Chafee’s quote “Your right to swing your arms ends just where the other man’s nose begins”. Egyptian artist and activist Bahia Shebab brought more of the 1000 Times No to Stavanger, stenciling them on found objects and exhibiting them along the main corridor. Igor Ponosov extended his absurd-filled outdoor works by creating a large scale eye chart and displaying a starting screen of a projector. These witty pieces were in direct position to bold statement coming from John Fekner‘s installation that read “Their last hope was mother earth”. Tel Aviv-based Addem Yekuiteli aka Know Hope created one of the most elaborate and complex pieces that was displayed in front of Derek Mawudoku‘s enlarged intricate drawing. Yekuiteli’s installation included a pool of dark liquid on which a text of compiled heartbreak testimonials were projected. These texts were collected through interviews conducted with locals and presente this way were symbolizing a global heartbreak that in many cases has to do with the collapse of oil industry. Finally, Berlin-based add buster Vermibus got the chance to “close” the show with 2 defaced and blinking bus stop adds, installed in a large dark room, point-blank facing the observers with the impact and strength of public advertising. 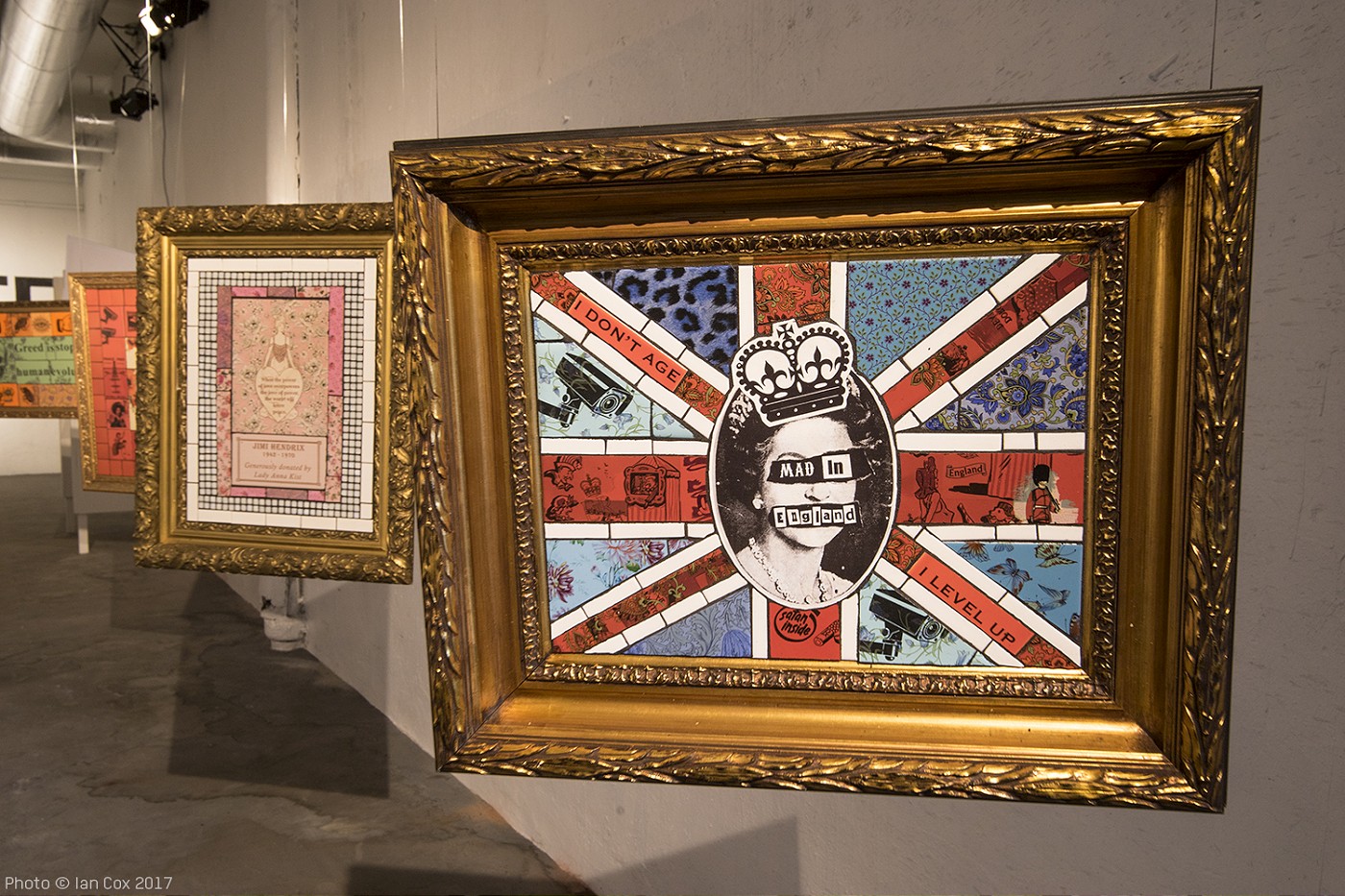 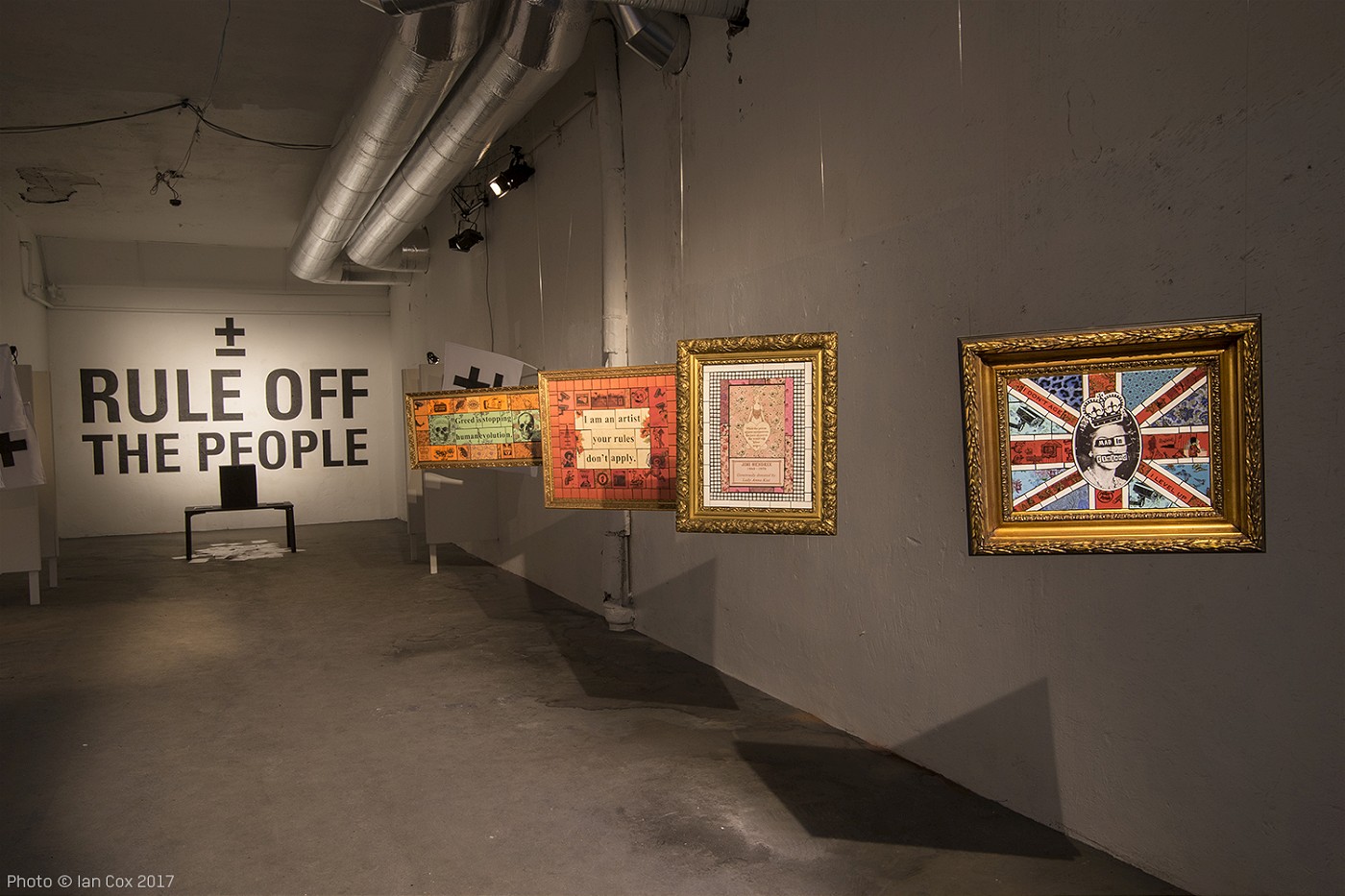 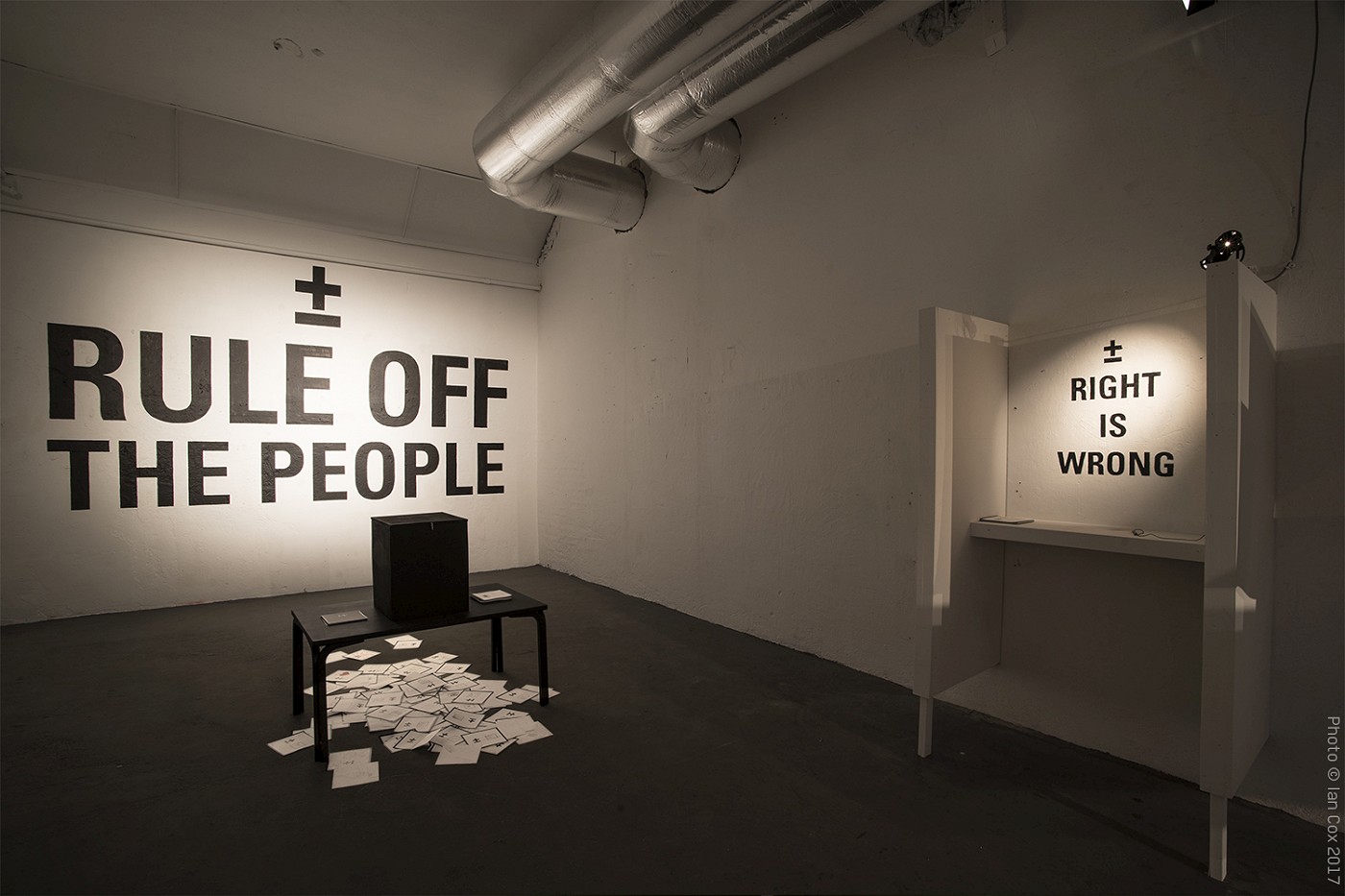 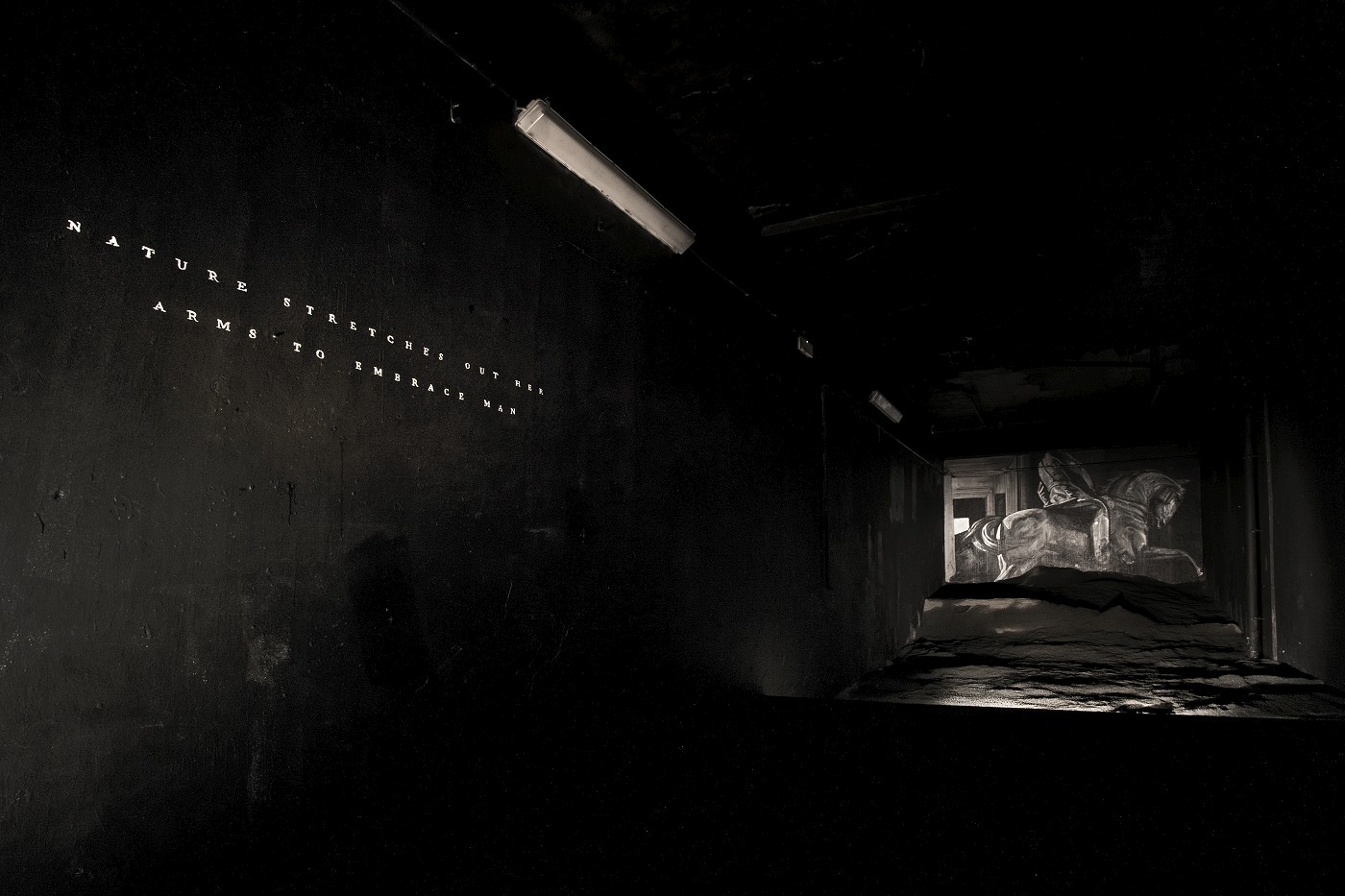 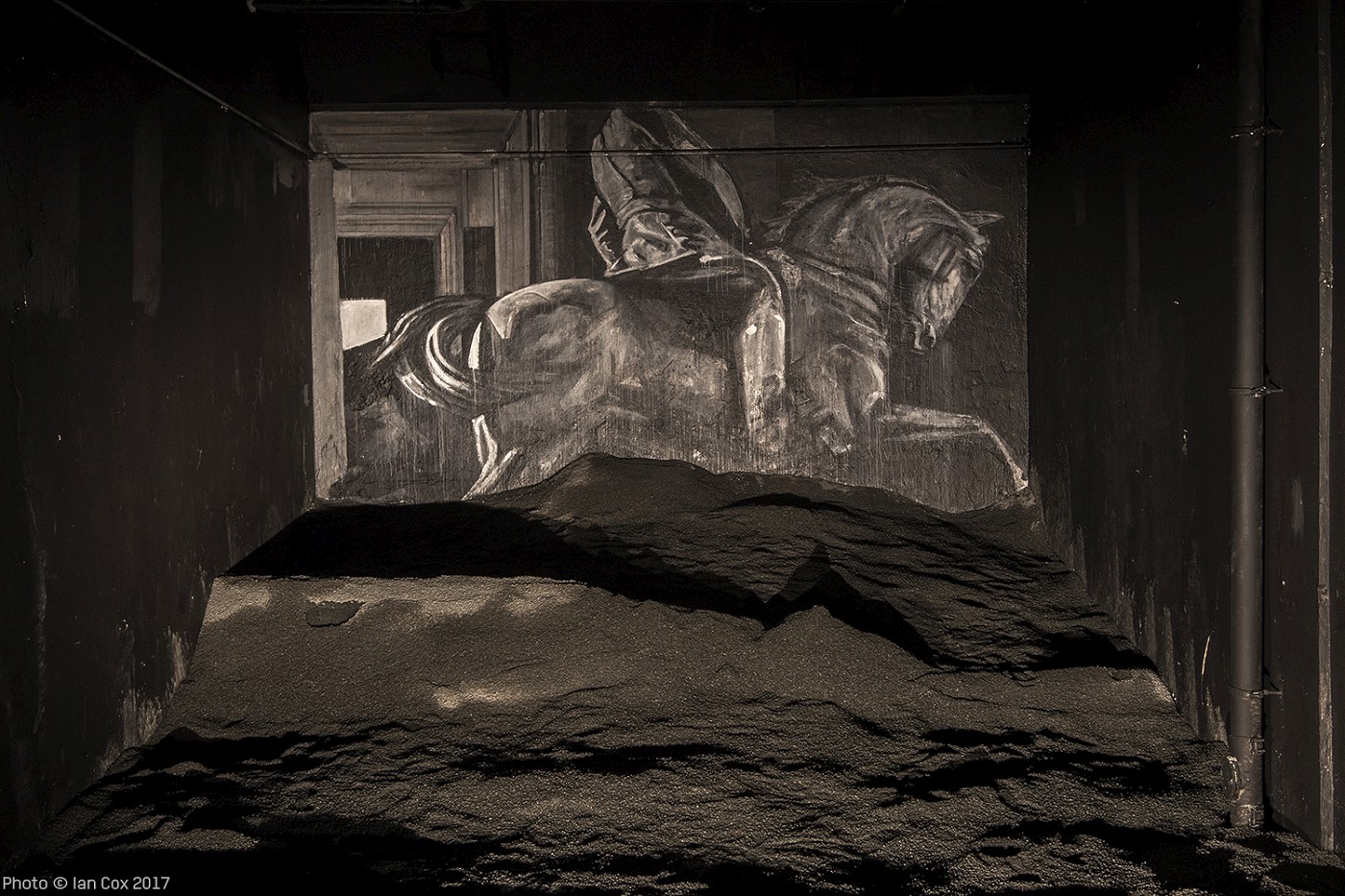 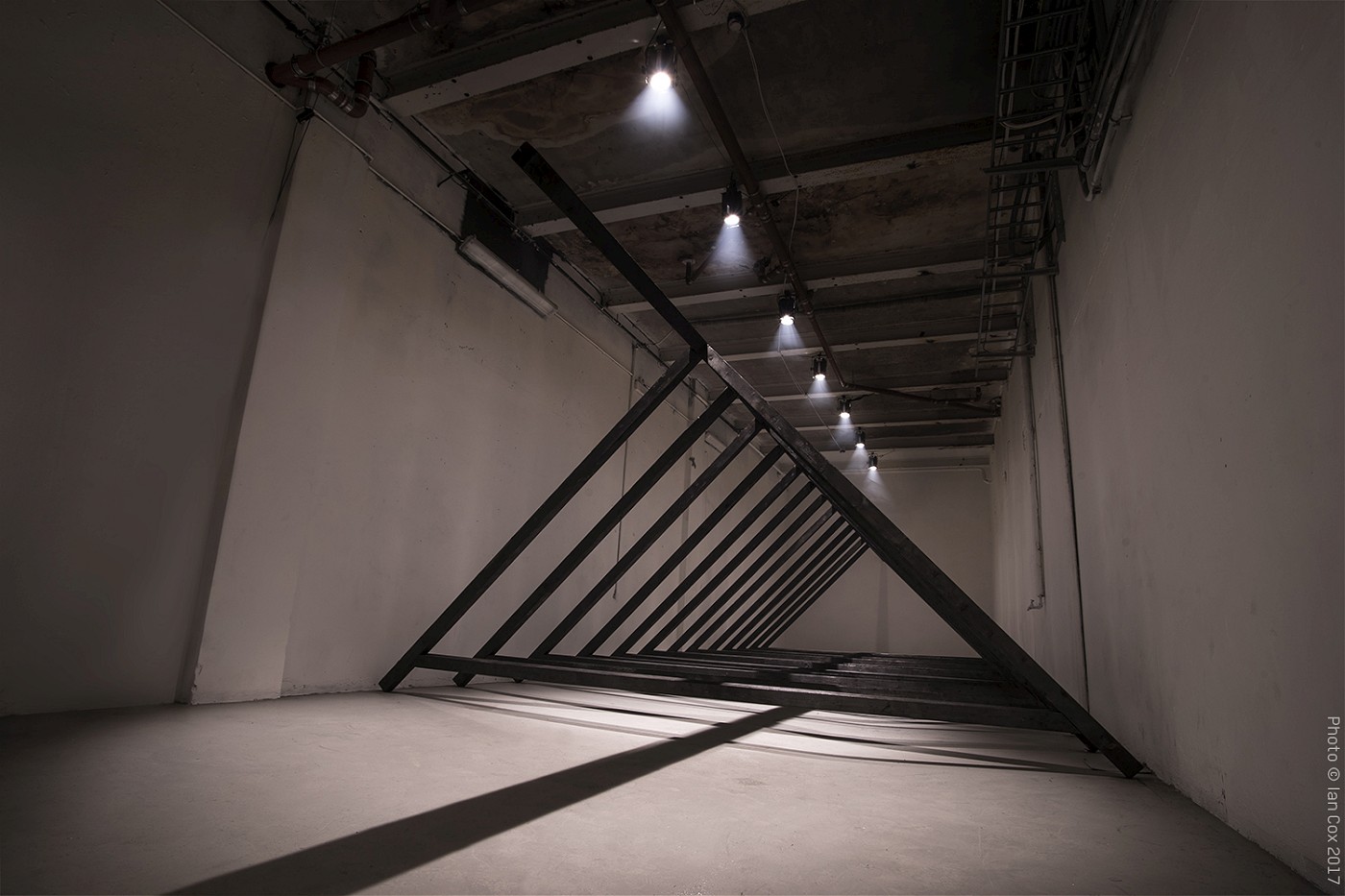 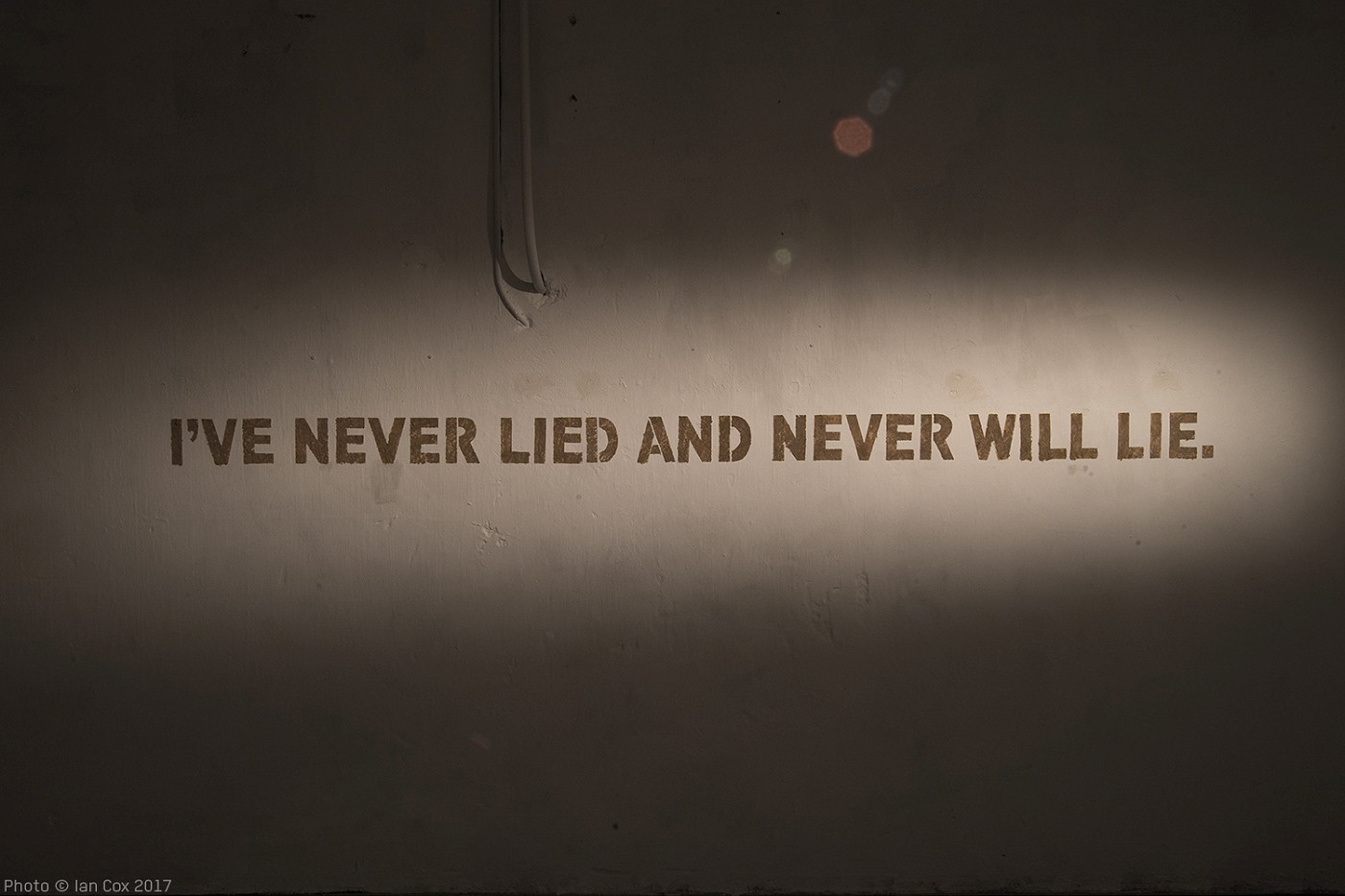 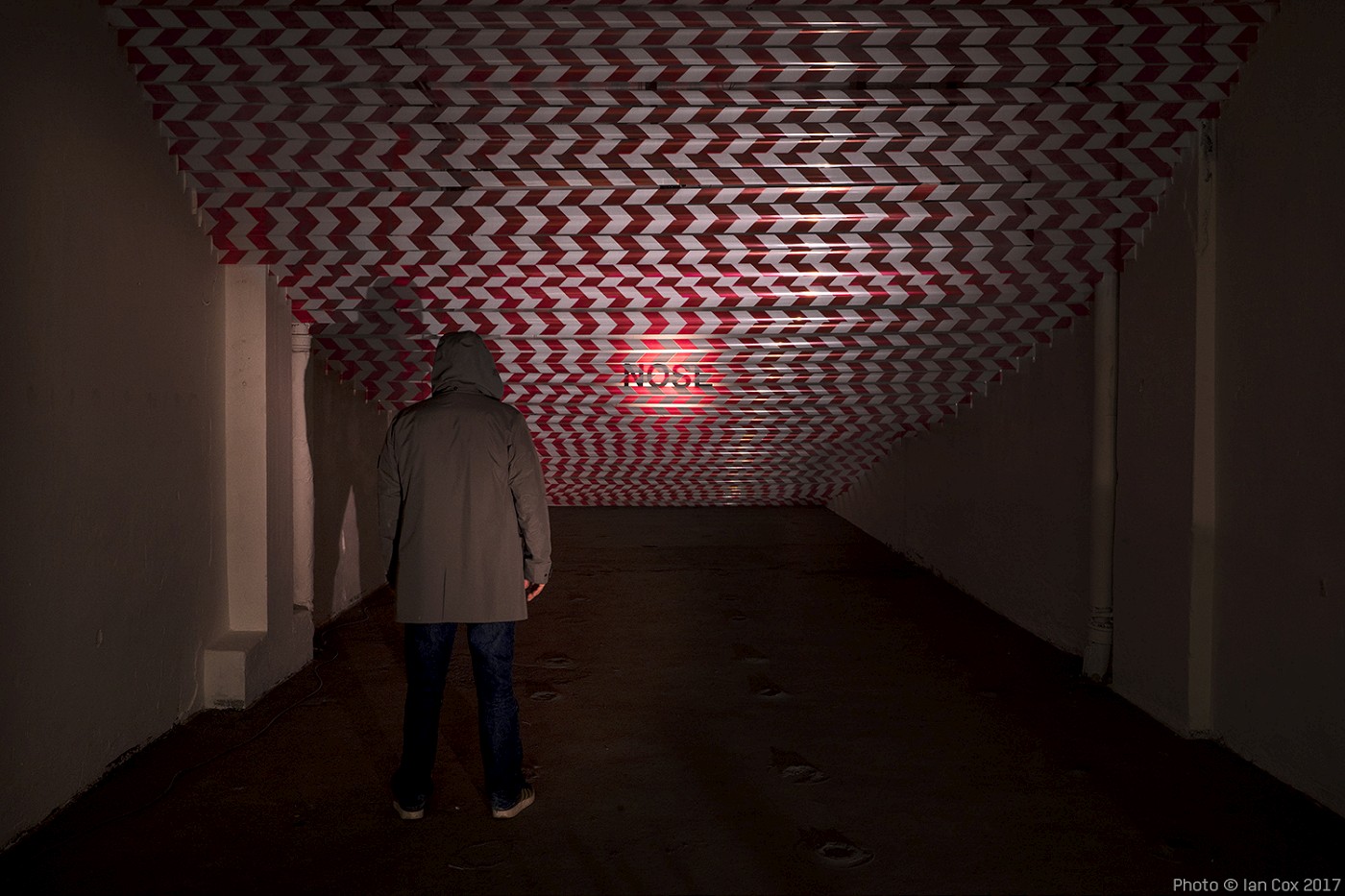