Last night, Pejac officially opened his two day pop-up show A Forest at Squero di San Troves in the very heart of Venice. Using this unique setting as a backdrop for his newest exhibition, the Spanish artist created an impressive new body of work only one year since his successful and sold out London show (covered).

Set in one of the very last places where the iconic gondolas are still made by hand, and just around the corner from the path of mega yachts and large cruisers while visiting the city, Pejac’s choice of location itself set the conceptual direction of the show. With works displayed all around the usually bustling workplace, between gondolas, tools and the various paraphernalia of the gondoliers, he blended his work within the walls while stealing the moment and the place to pass on his message.

Consisting mostly of pieces from the Redemption series, done on pressed wood panels, the exhibited works showed Pejac’s conspicuous ability to look outside of the box on many levels. From a large tribute to Gustave Caillebotte’s The Floor Scrapers to the playful use of Pinnochio, these works addressed some of the environmental issues that the locals are all too familiar with. Using the existing elements and irregularities of the material, Pejac produces images that leave the flat surface and create the illusion of perspective. Along with this series, a large drawing depicting industry chimneys spewing out a thick forest dominated the yard, right next to a concealed anchor sculpture. Soaring to the sky from the murky canal waters, the sculpture follows up on Pejac’s Downside Up series from a year ago (covered) and was cleverly complemented by the floral wreath life rings that were scattered around the premises. 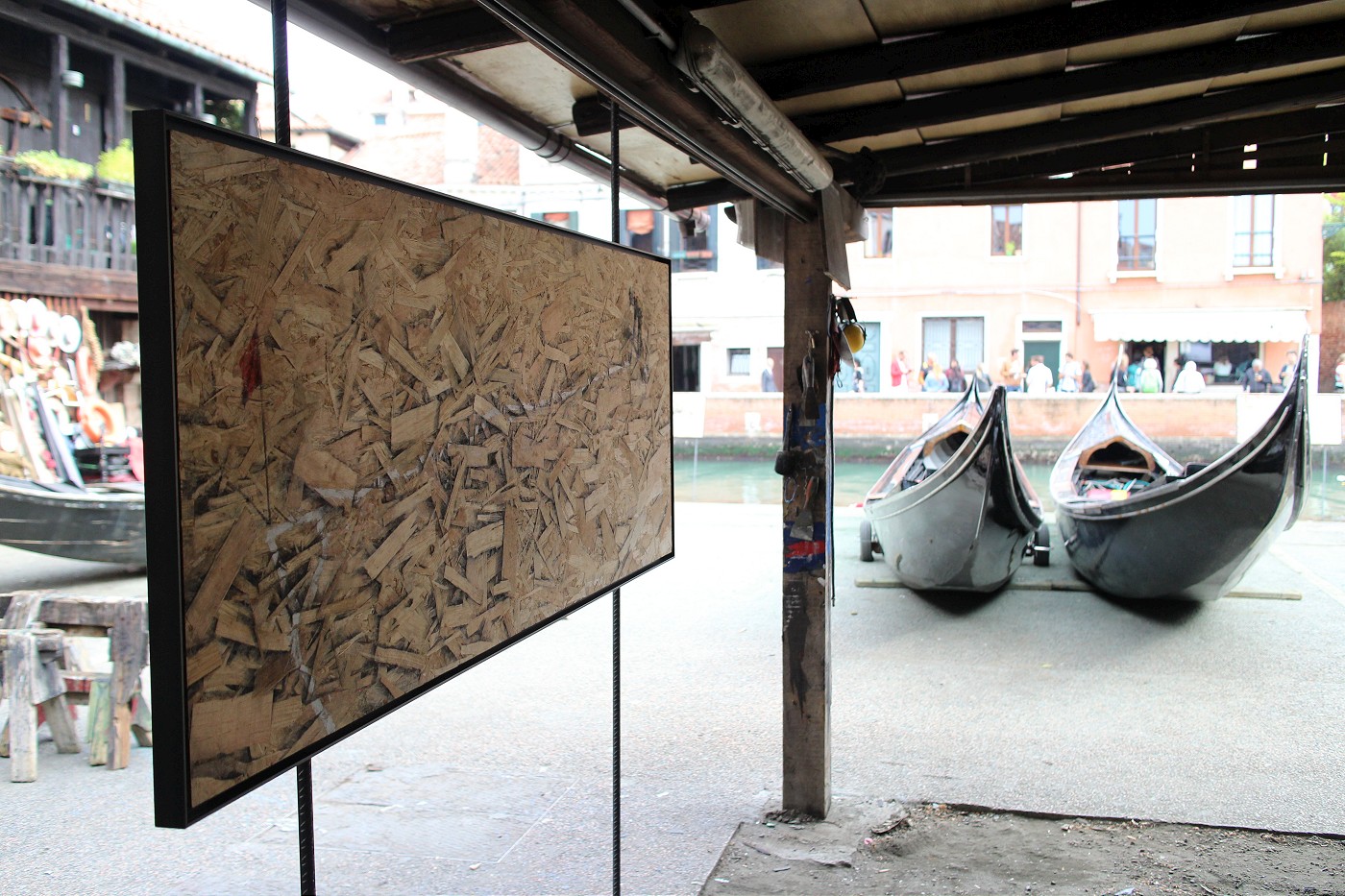 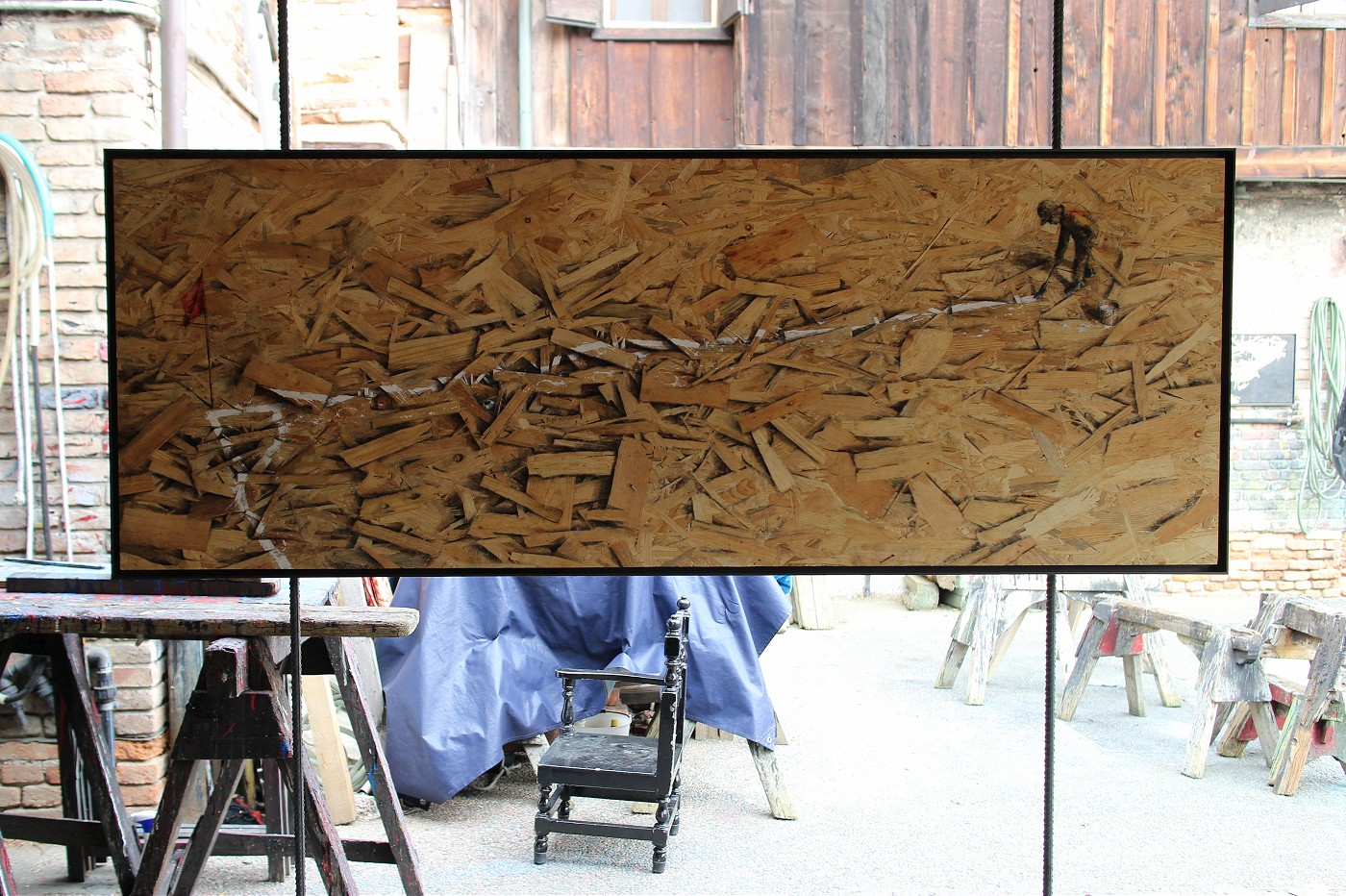 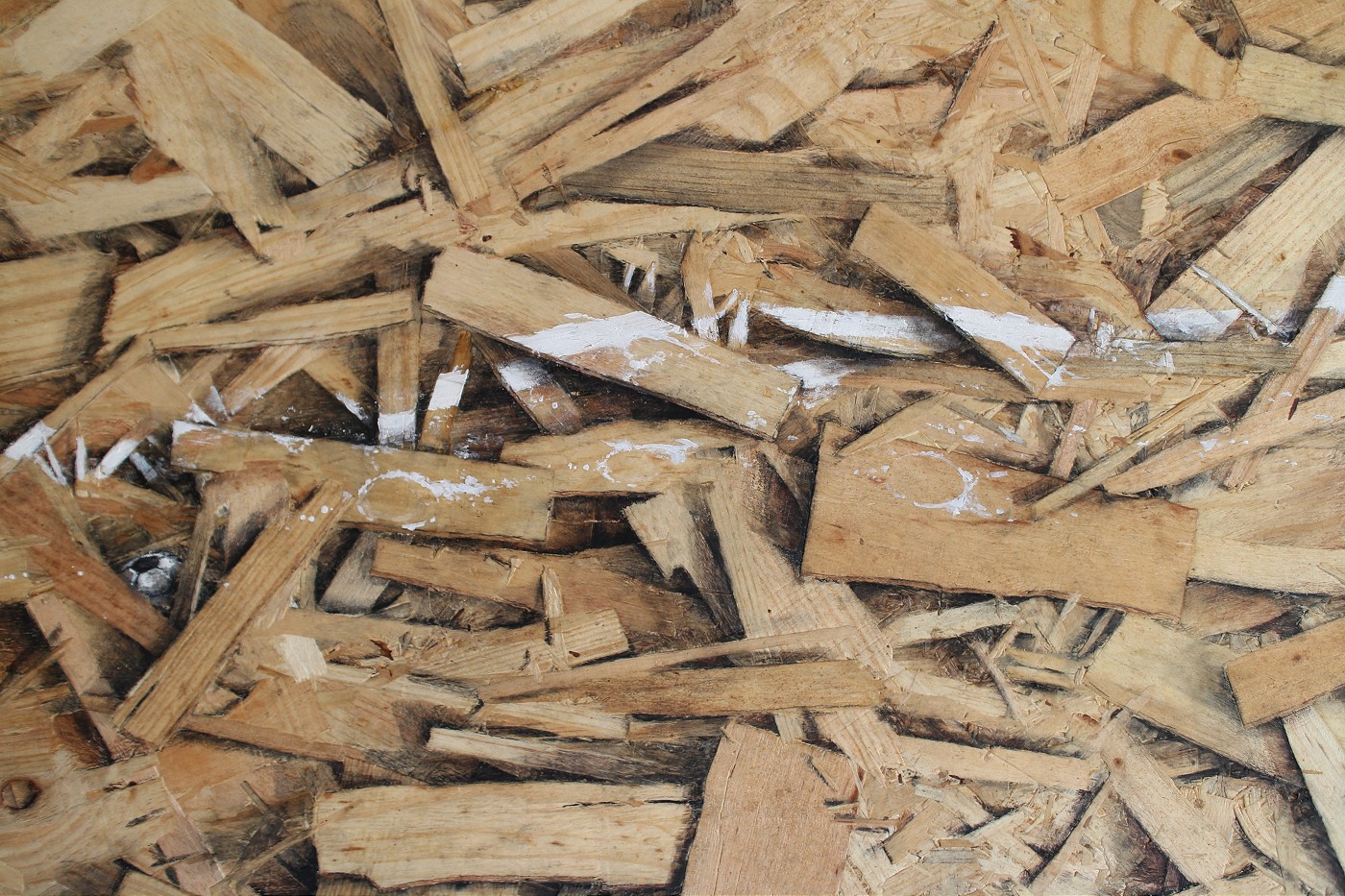 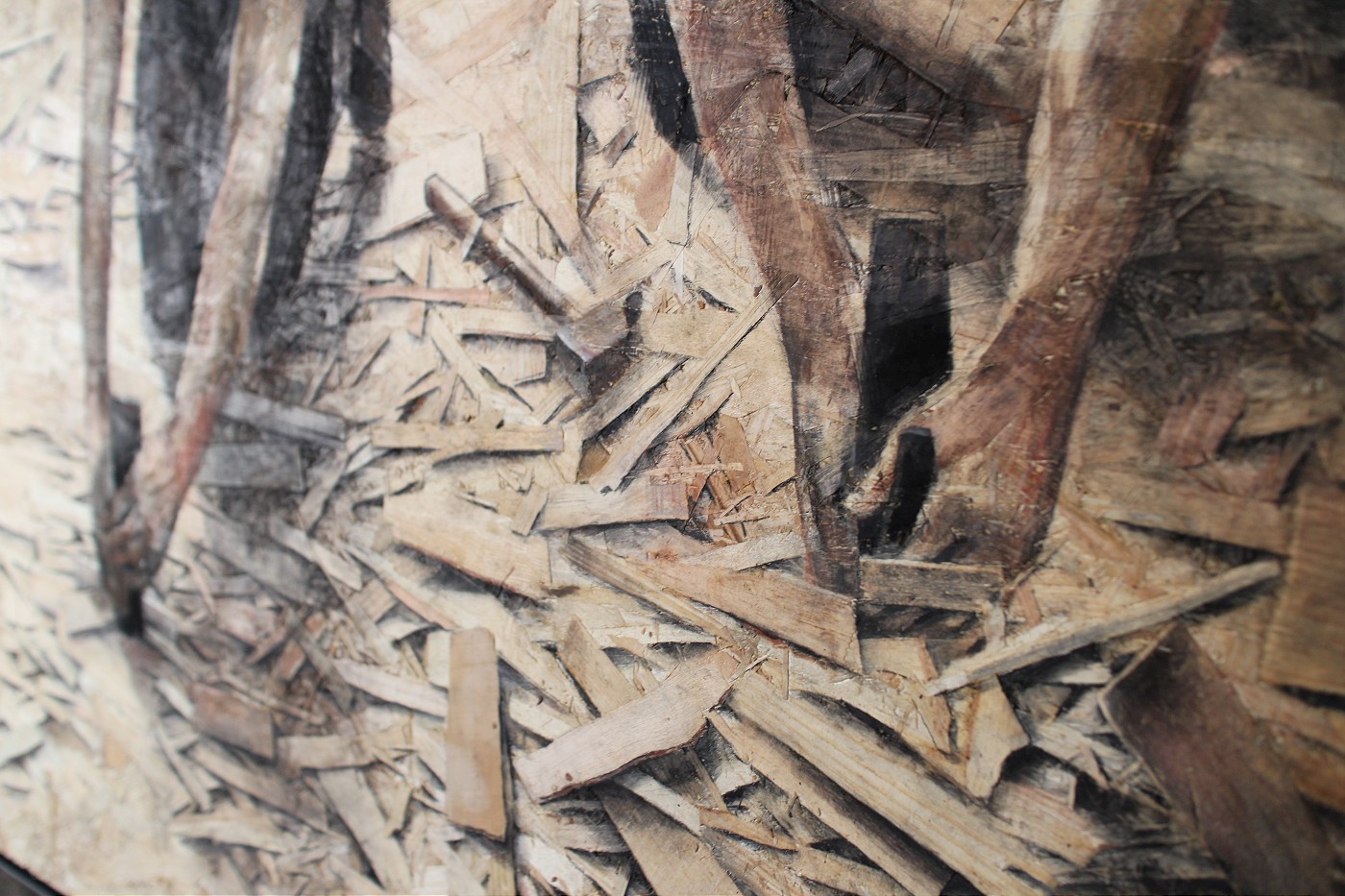 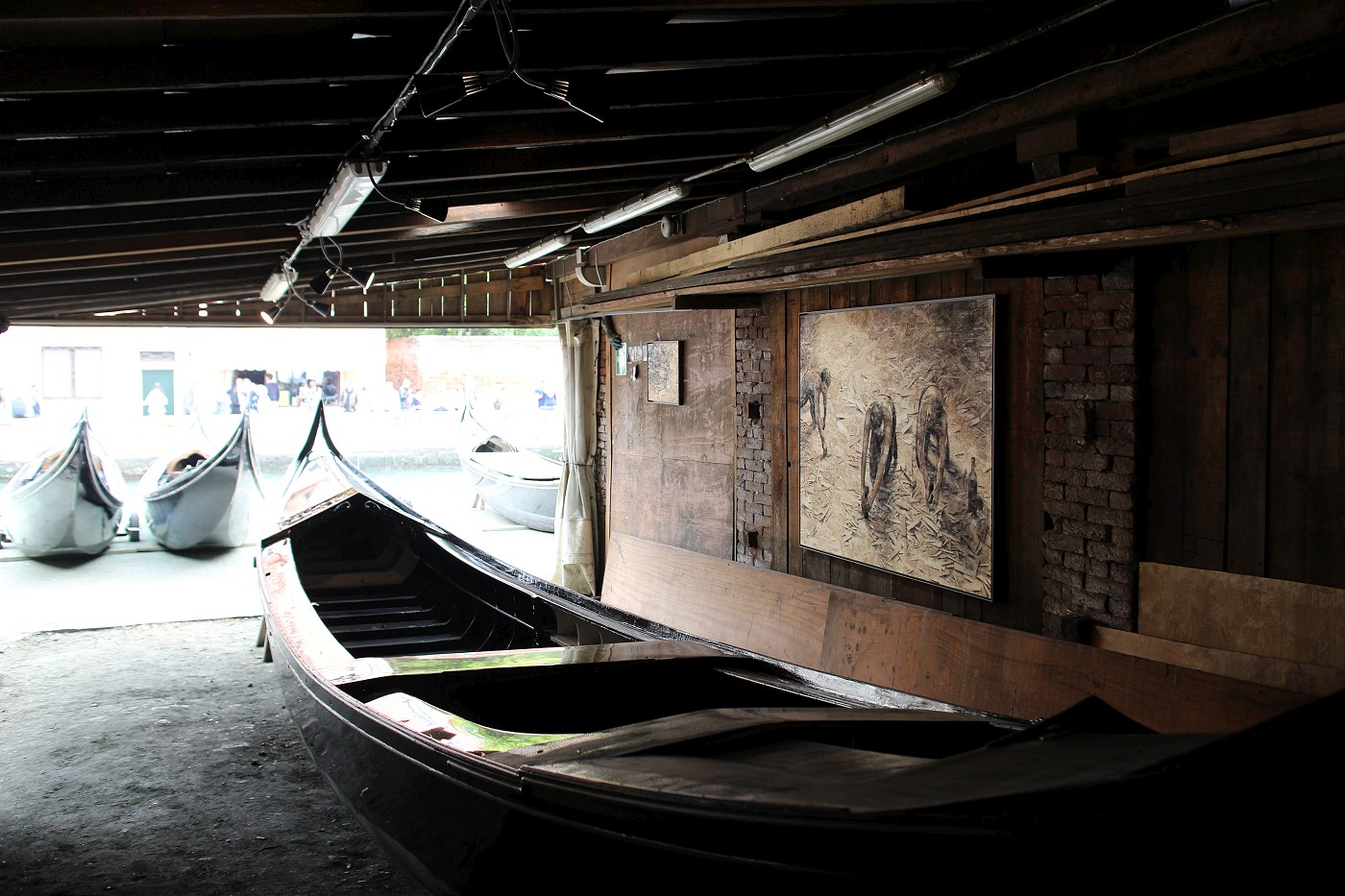 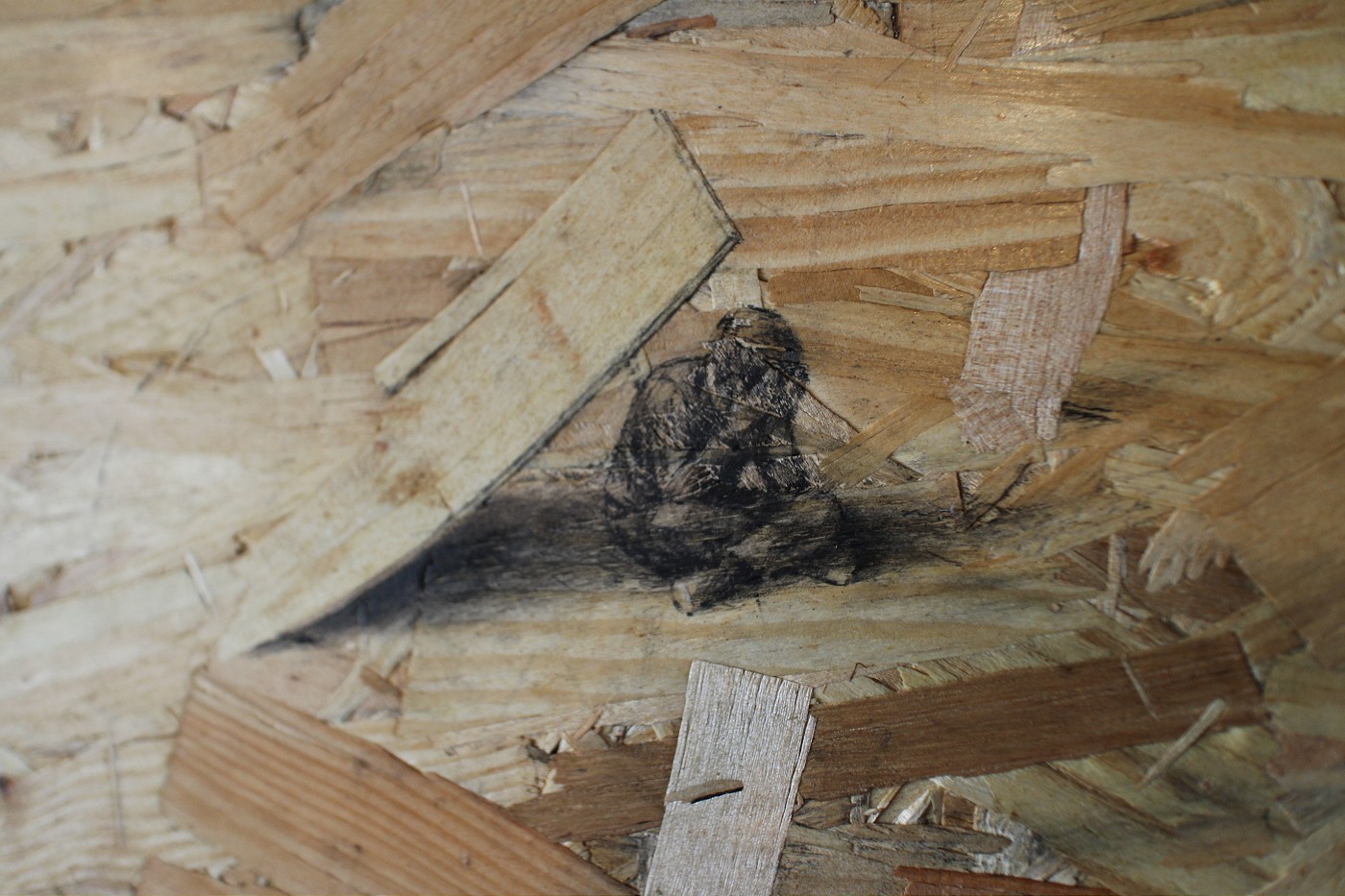 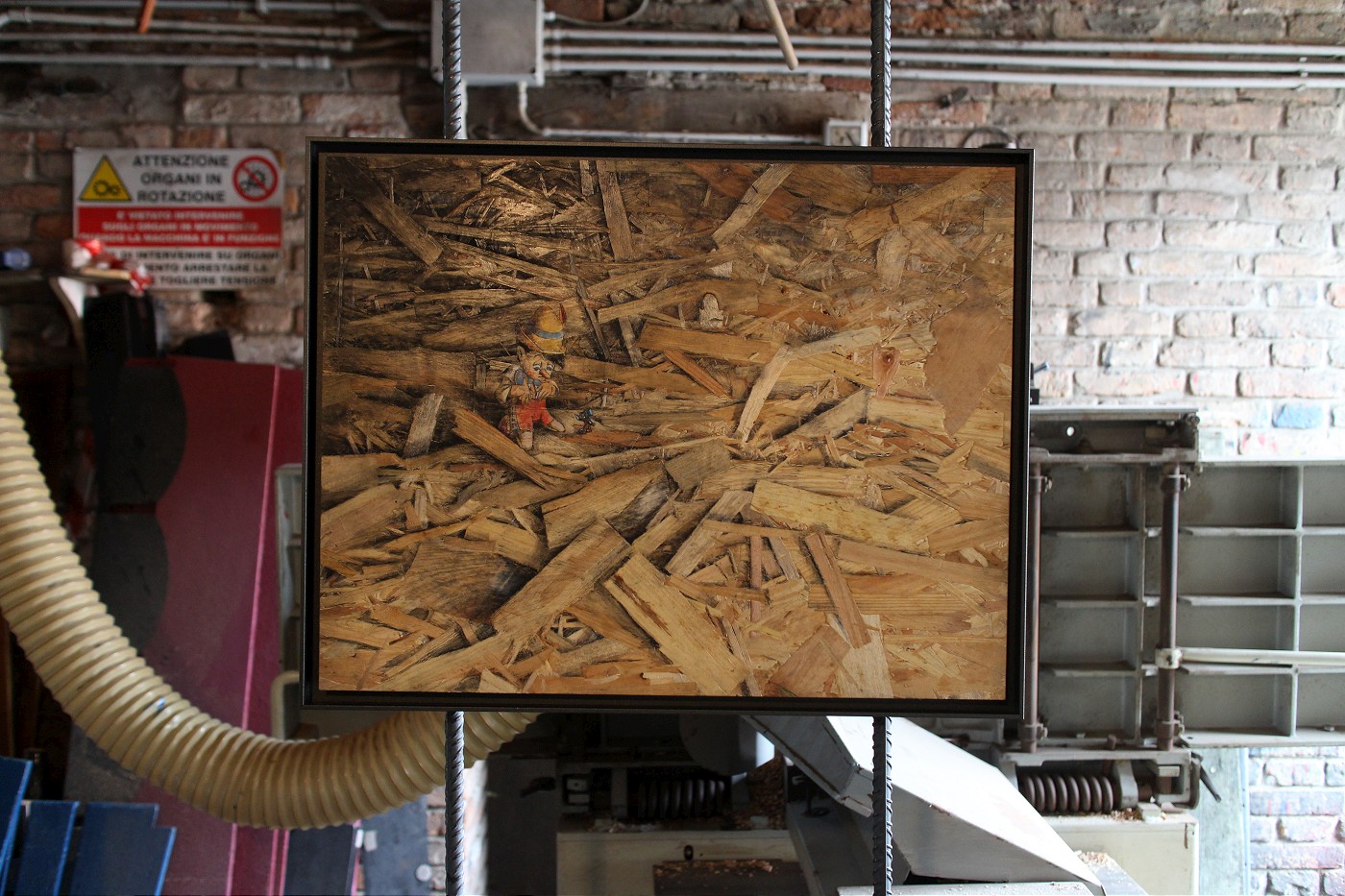 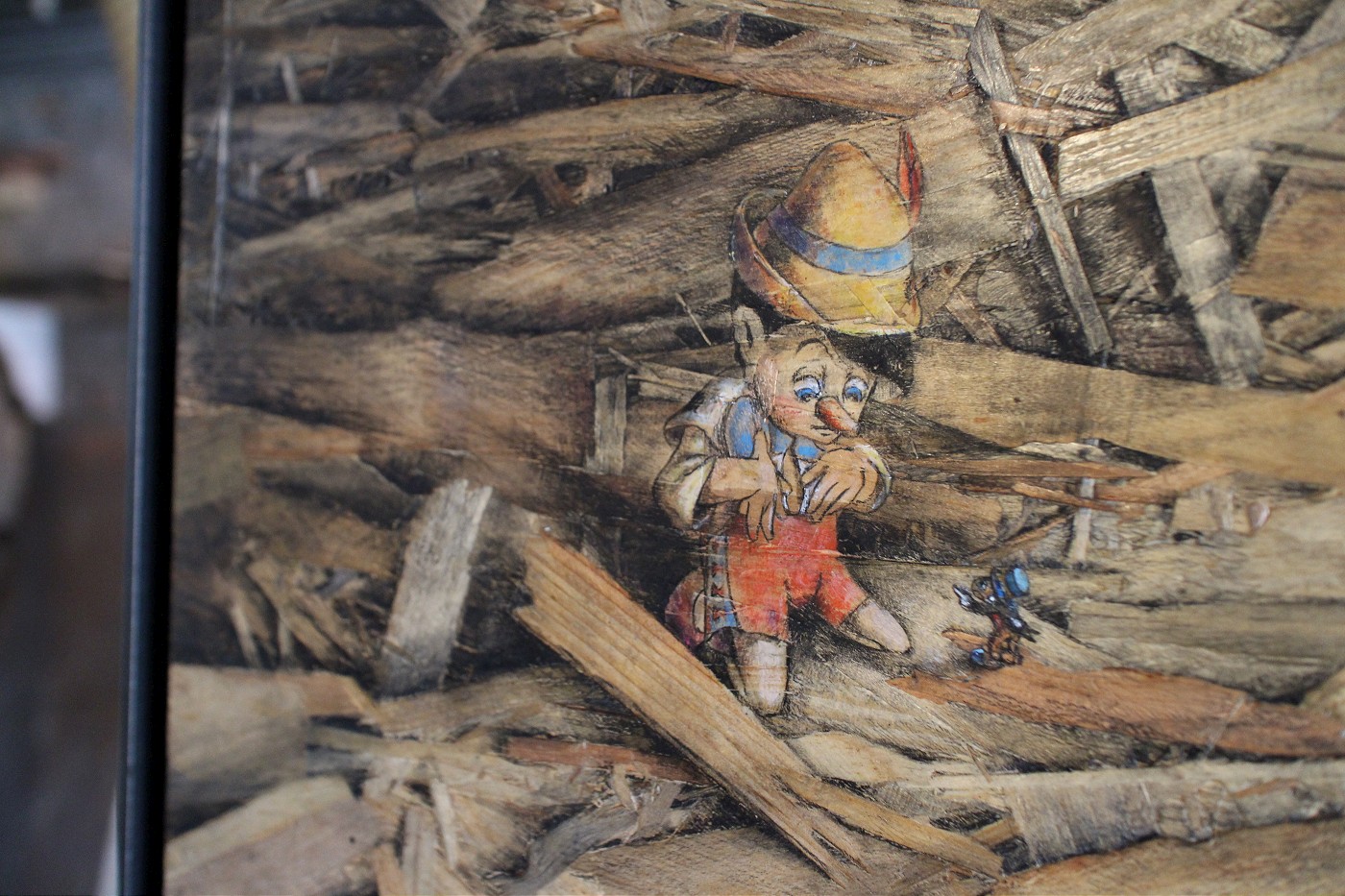