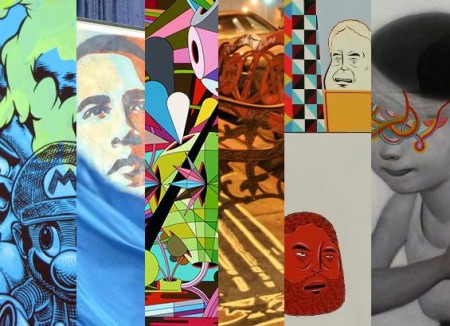 The first month of 2009 has come to an end and we’ve got a healthy serving of Second Helpings for you. The staff at AM has selected some of the juciest stories of the month that you should not miss. 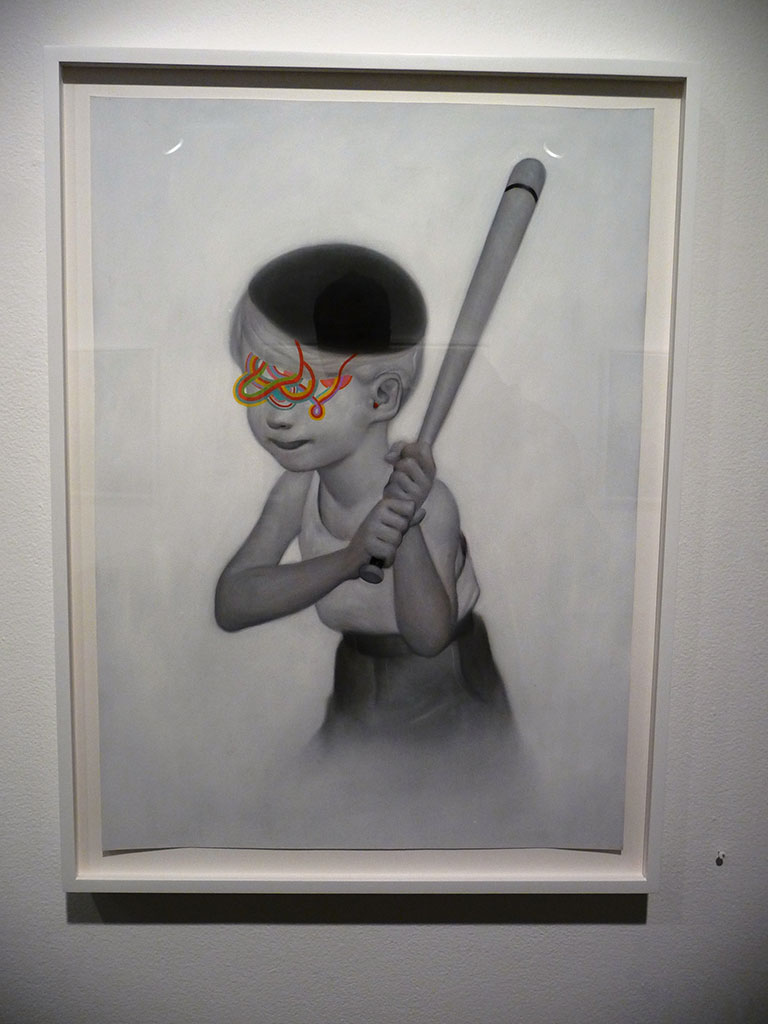 The worst kept secret in art made his rookie debut in Manhattan and promptly sold out most of his show. With gorgeous pieces upwards to 70k promptly selling out before the doors even officially opened; we see the sky’s limit for James Jean’s amazing talent. 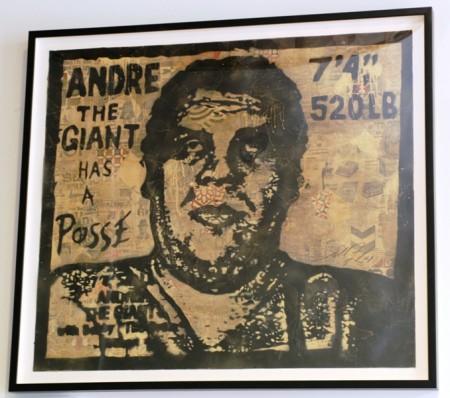 Marsea Goldberg’s landmark gallery celebrated it’s 15th anniversary with flair as the who’s who of the urban art scene contributed to creating this monster show. 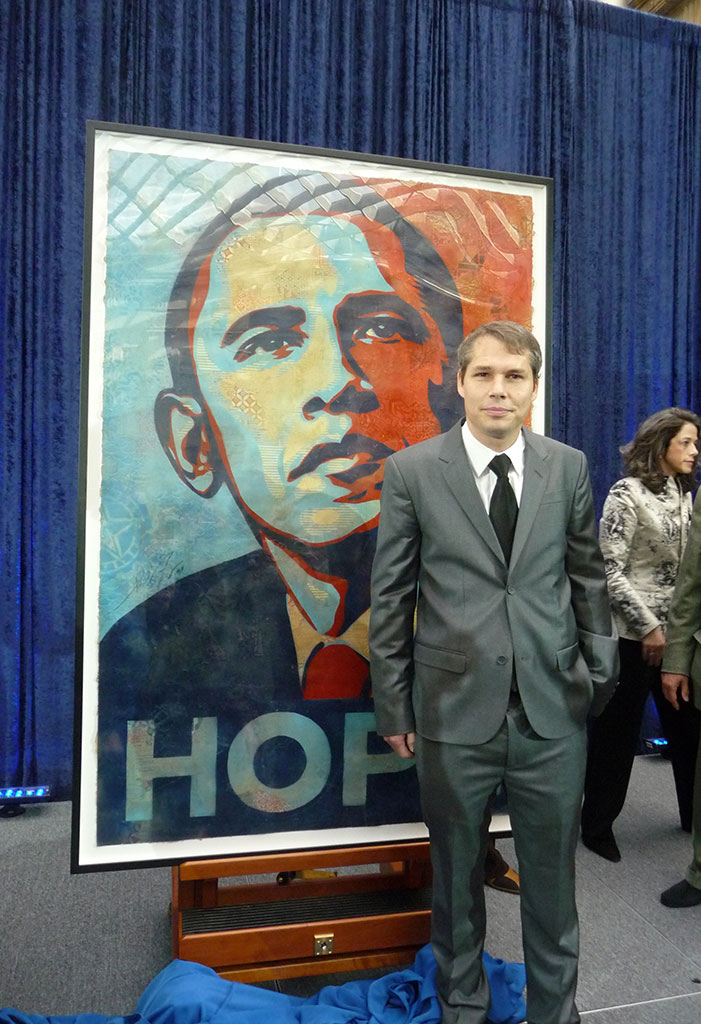 Inauguration week was a unique once in a lifetime experience for everyone who came out to celebrate at the pop-up Manifest Hope: DC gallery. AM was invited to participate in the creation of this gallery and also to attend Shepard Fairey’s historic induction of his “Hope” campaign portrait into the Smithsonian’s National Portrait Gallery. 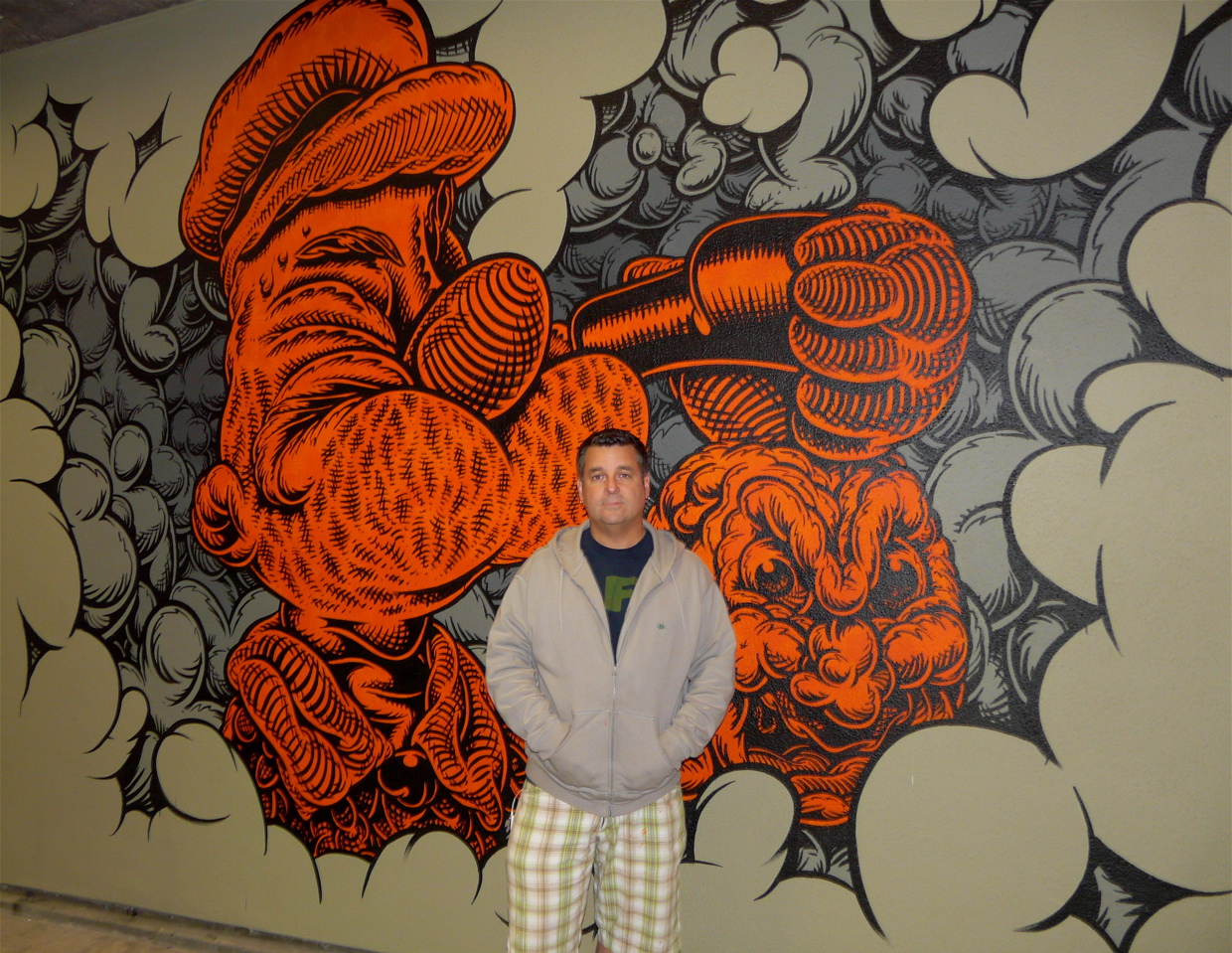 Most of the artists we cover here at Arrested Motion are relatively new and at the beginnings of their careers.Â  A rare exception was an artist we had the pleasure to interview on-site before his show at UCSD, Mark Dean Veca.Â  He has been around for a while now and collaborated with many well-known artists and companies; which made this show especially nice since it was a retrospective, and his most comprehensive review yet of paintings, product design, murals, videos and installations from the last ten years. 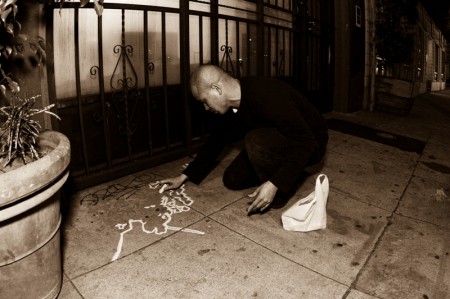 It’s not often that you get to observe an artist at work, especially one with the raw energy of street art.Â  It was an eye-opening experience to follow Ellis G. around as he chalked up the streets surrounding Thinkspace in preparation for the “From The Streets of Brooklyn” show.Â  Look out for the video that we are working on to be released in the near future. 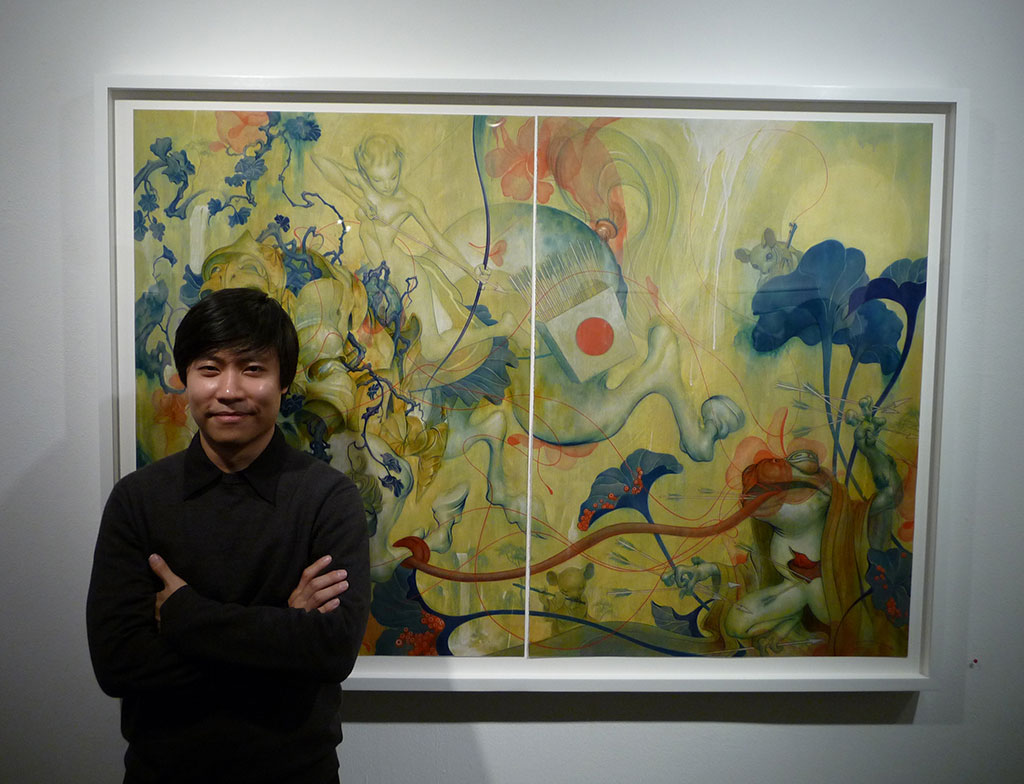 What can I say?Â  This man blew my mind.Â  Rarely does an artist sneak up on me like this.Â  His works were simply stunning and I only wish I could see them in person.Â  I felt for sure with the economy the way it was and such high prices for a debut show was certain death.Â  Shows what I knew.Â  What a way to kick off 2009. 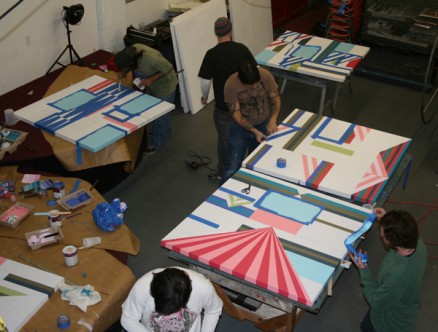 Rarely do we see uber talented artists be so humble and accessible. James took the time to give us a easy and fun interview while prepping for his awesome show at Redux Contemporary. He truly is a rising star amongst a pool of already talented artists. 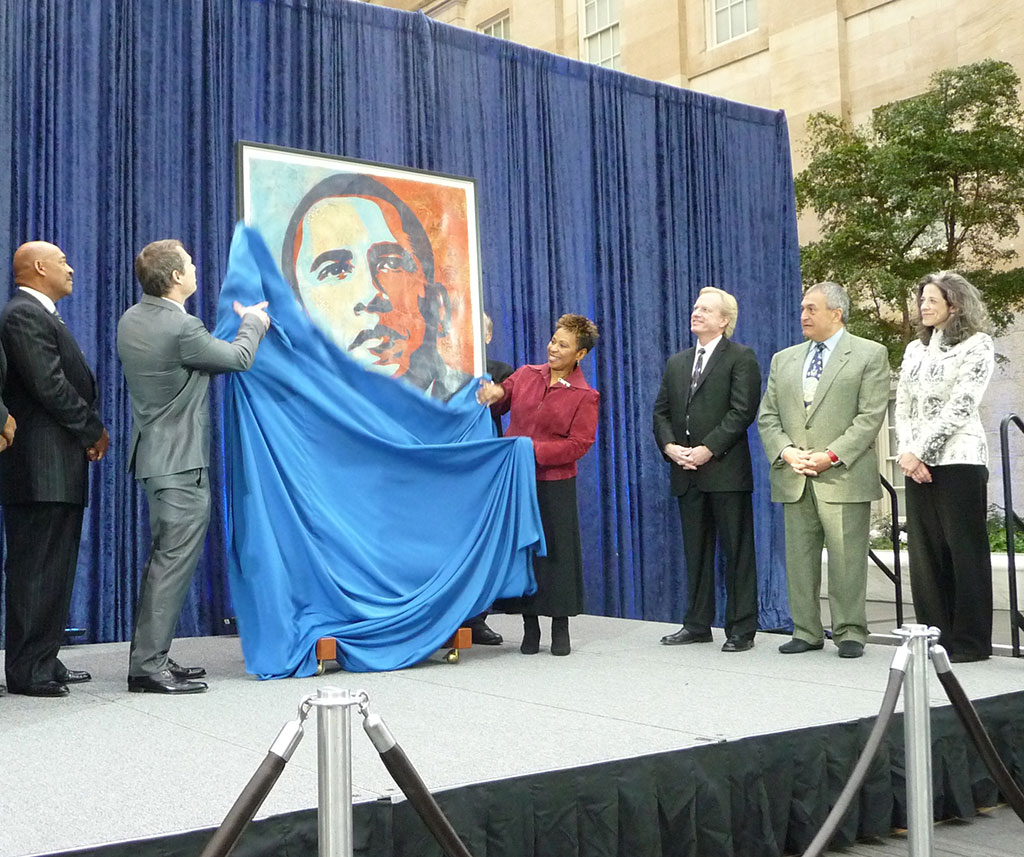 It’s cool to see the D.C. establishment embracing the arts and notice how much art can influence our political system. Manifest Hope and all the Inauguration activities showed just what a difference some art can make. 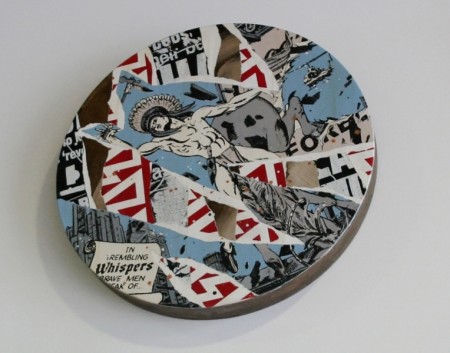 Barry Mcgee, Os gemeos, Shepard Fairey… and that’s the tip of the iceberg. What more can you want? 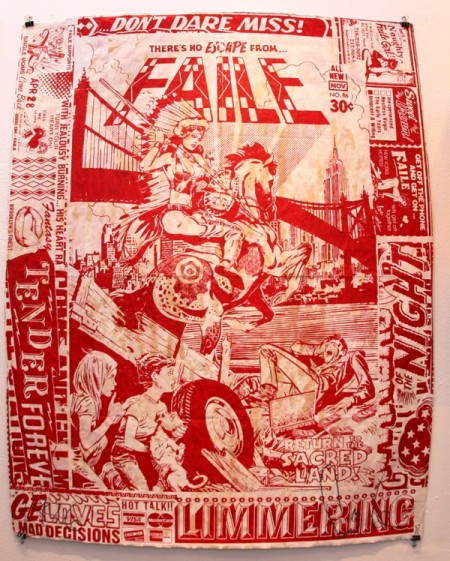 1) From The Streets of Brooklyn

Thinkspace kicked off 2009 with a bang, filling the gallery’s walls with pieces and installations from more than 40 of Brooklyn’s best street and graffiti artists. It was a night of outstanding art, an excited Los Angeles crowd, and a gallery brimming with energy. 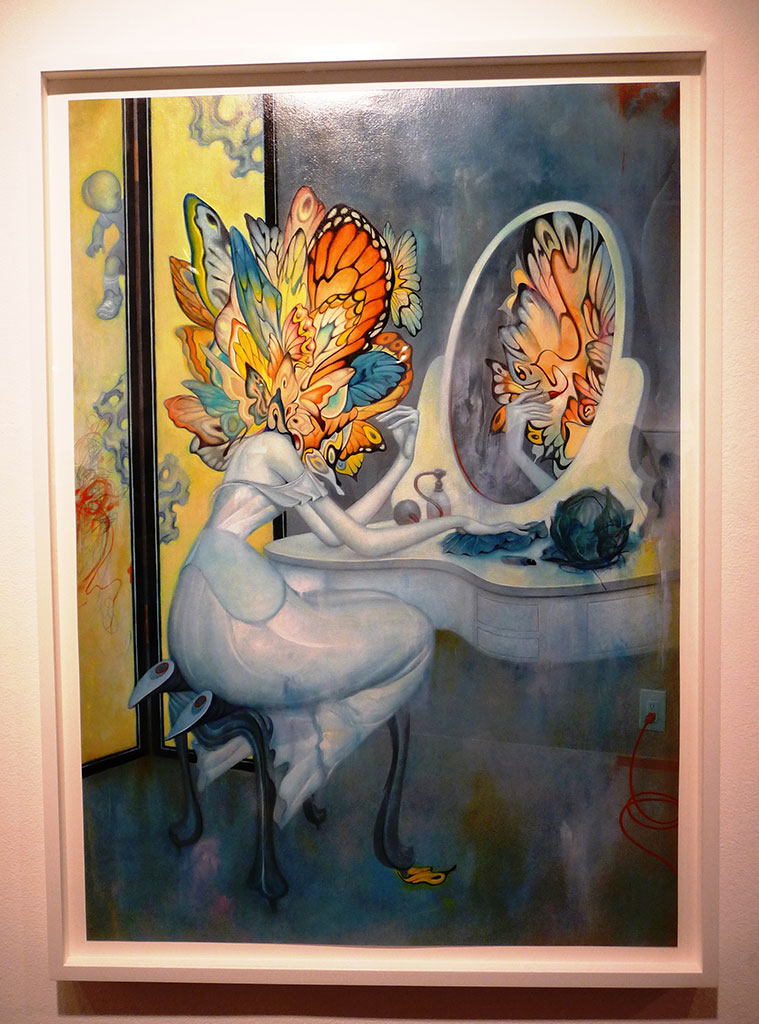 “James Jean? Yeah. He’s alright… The art doesn’t really do much for me though. It’s kind of like comic book art.” These were my thoughts initially. A quick browse through his website though, and I started to see past this image I had of his work. Still, I was still not completely sold. What they say about first impressions is true. I had a less than positive first impression of James’ work and it somehow stuck with me. Yet, on January 10th, James Jean’s Kindling opened up a new angle to his work that I could not ignore. Kindling was simply undeniably impressive. When talking about art, they always say that pictures do not do the art justice. With James’ first solo show, the same can be said for any description that I could write about it.