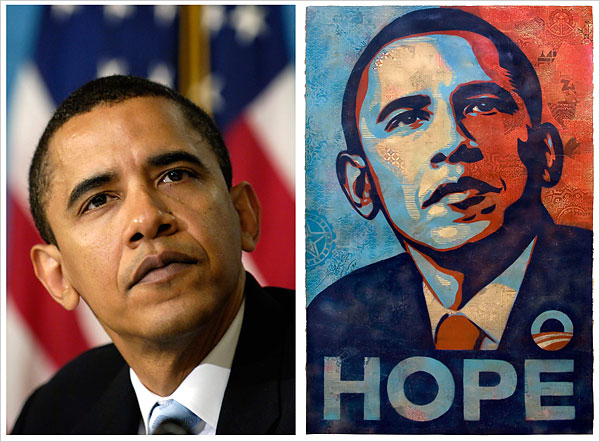 Just as Shepard Fairey resolved his legal troubles in Boston, it appears the his case with the AP has taken an interesting turn. Mannie Garcia, the original photographer of the infamous Obama image used by Fairey now appears to want a piece of the action.

He had originally told the New York Times in February: “I don’t condone people taking things, just because they can, off the Internet. But in this case I think itâ€™s a very unique situation. If you put all the legal stuff away, I’m so proud of the photograph and that Fairey did what he did artistically with it, and the effect it’s had.”Â  But now, Garcia with a somewhat change of heart, according to The Art Law Blog, has filed a “memorandom of law in federal district court in Manhattan seeking to intervene in the dispute that so far has pitted The Associated Press against artist Shepard Fairey. Garcia claims that he (not the AP) owns the copyright in the photo.”

With a new player in the game, we will have to see where this leads…

Via The Art Law Blog & The AM Law Daily.
Discuss Shepard Fairey here.