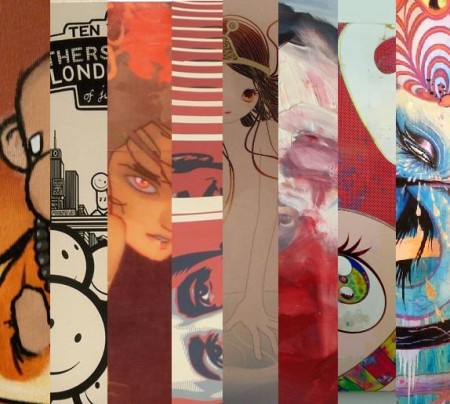 Fall was officially arrived and that also means the official start of Art season! The weather may have gotten a little more mild, but September brought the heat as the art world was still buzzing from great shows and events. AM brings you another sessionÂ of Second Helpings to recap some of the coolest happenings this month. Get served after the jump. 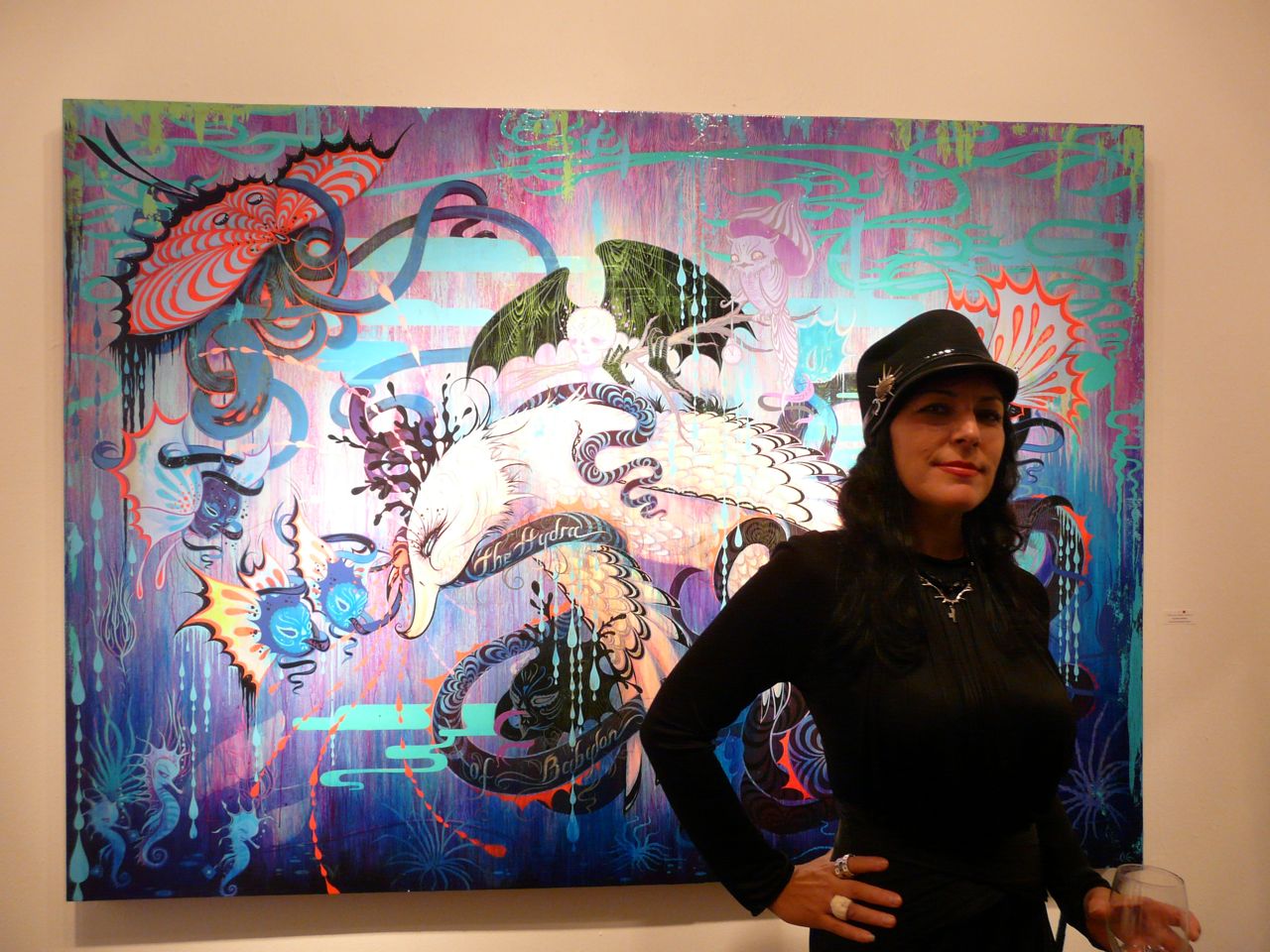 Returning to LA for her first show there in over 2 years, CRG did not disappoint with her new body of work.Â  Mixing some classic imagery with bold colors, her paintings (some huge) and “drawings” were everything her fans had been missing.

It was exciting as well as a little scary to see an artist we love take the next step forward.Â  Luke Chueh was able to bring something fresh to this new body of work, yet maintain his signature image impressing fans and invigorating them to look forward to what comes next from this artist.Â  Definitely a show that should not be missed.Â  Make sure you also check out our interview from the show here. 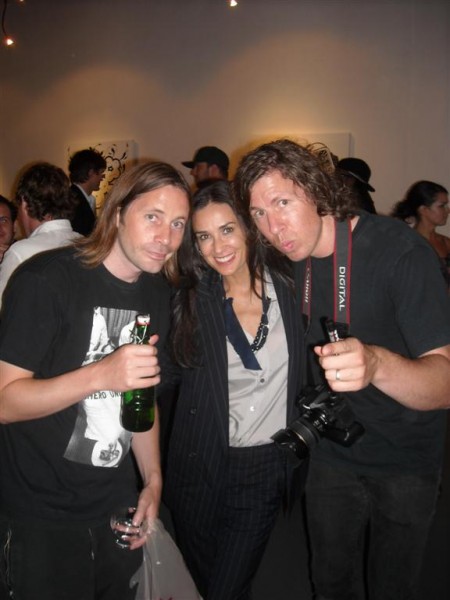 Demi Moore with Chaz and Bob of The London Police

Always entertaining (as evidenced by this video), The London Police proved that it wasn’t only a gimmick to bring people to the show with a stunning new body of work. As they have been doing all year, the signature “Lads” characters in their work have been placed in a rich new world of architecturally inspired environs (this time with a nod to Los Angeles landmarks).Â  The masters of linework were even able to bring in some special guests and admirers from the “Hollywood” scene to the Carmichael Gallery. 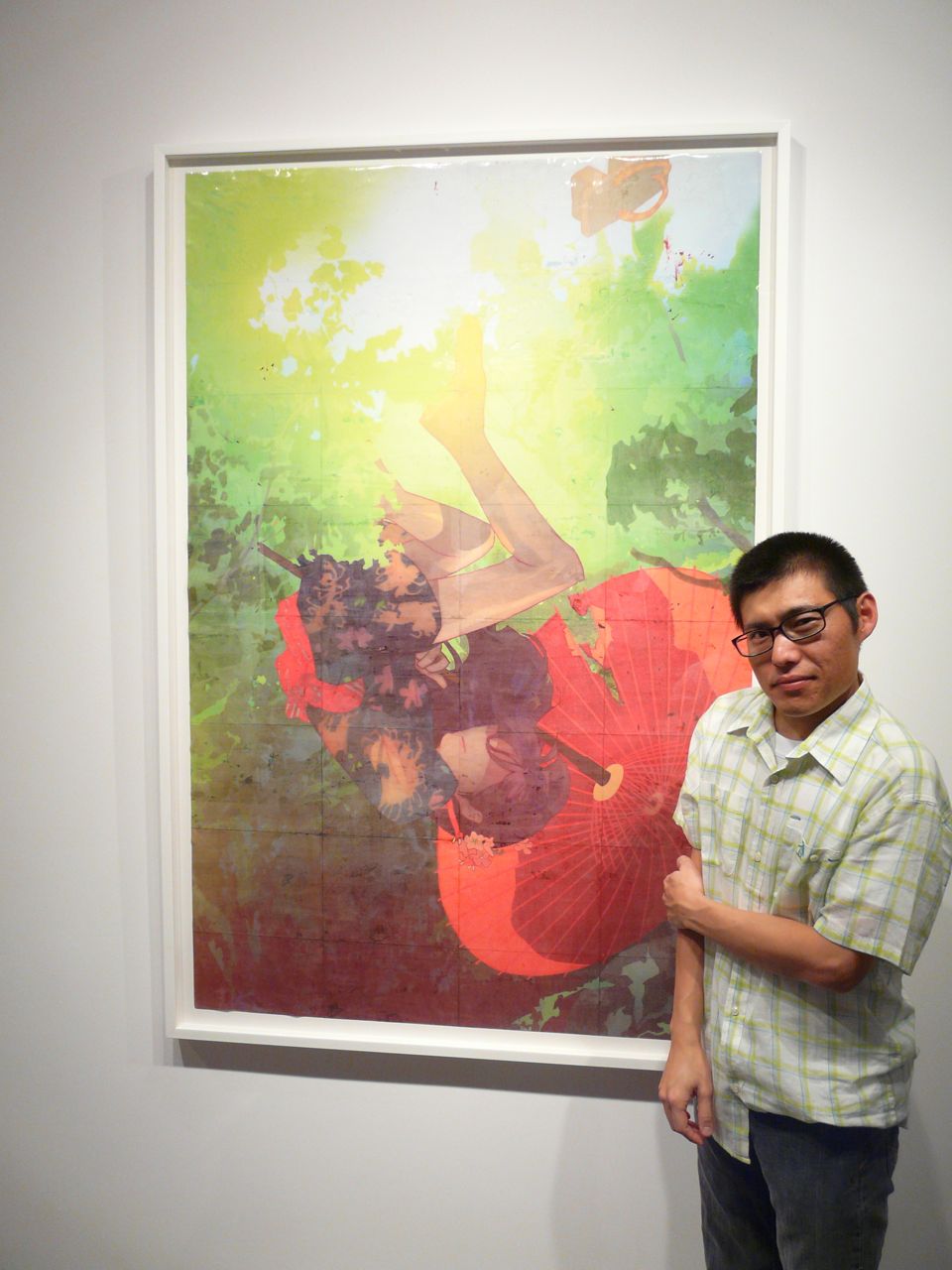 Edwin Ushiro definitely took it up a notch for his new solo exhibition “Softly Encompassing the Womb.” Not only were the colors and imagery amazing, what was cool were the ghost stories that the paintings were based on that were printed out for all to read right next to the work. 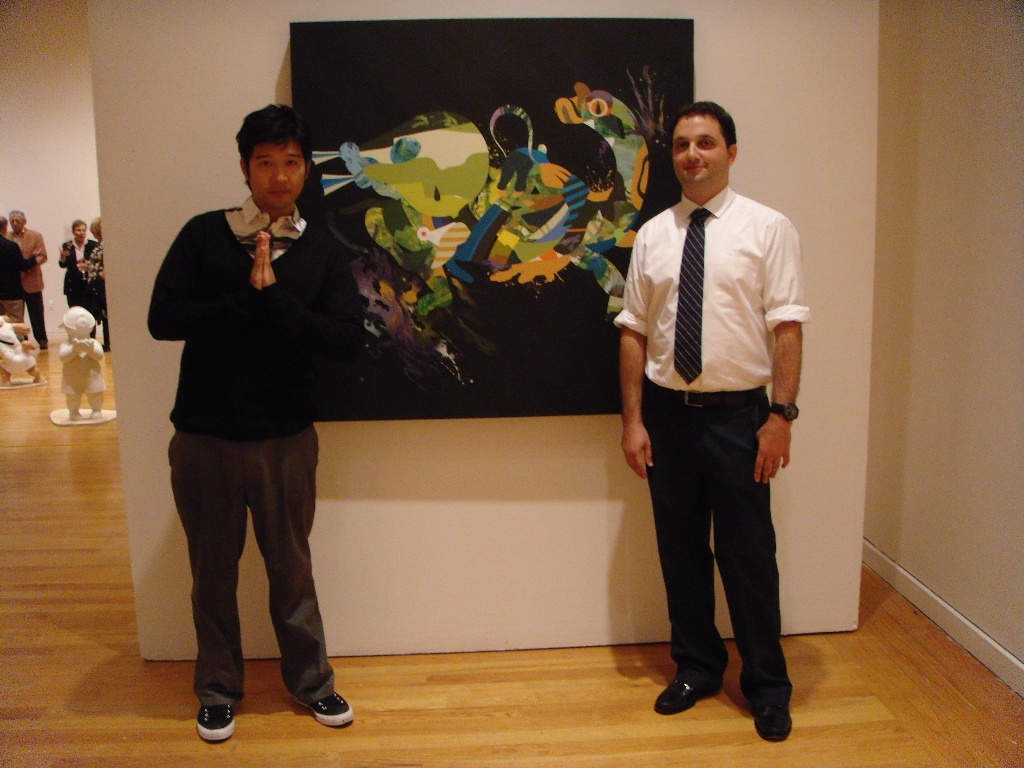 Not often do we get to see such a strong show curated with a group of foreign stars. Japan invaded Boston with the force of a Tsunami. We luckily got access to the preview night and we still find ourselves looking back at the gorgeous pieces from the show. 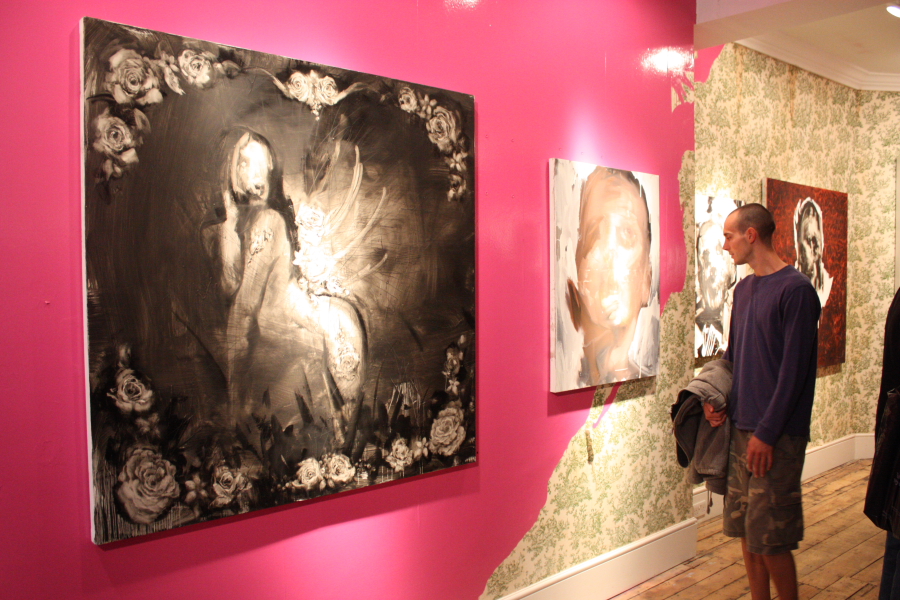 After taking a long break since his last solo in Los Angeles, Antony Micallefâ€™s breaks his hiatus by doing an exclusive interview with us just prior to his solo at Lazarides (Rathbone Place). The abstract talents by Ant are magnificent to see in person. 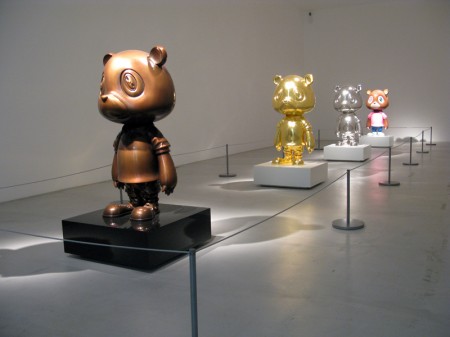 Holy Schnike! This show had so much new work by the Superflat sensei. It felt like a new retrospective is in order for Takashi Murakami. We were really impressed with new level of work displayed at Galerie Emmanuel Perrotin. So much eye candy in Paris! 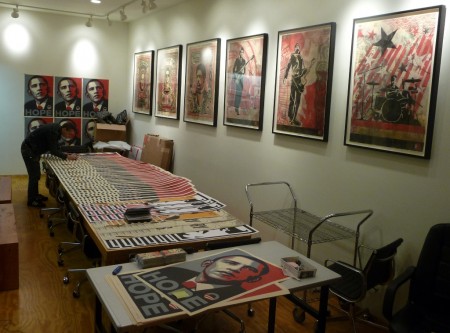 AM visited the studio with Shepard a few days after Barack Obama was elected president. It was unreal to be at Shepard’s building to see the complex that is Obey and Studio Number One. Check out our visit into one of the coolest studios we’ve ever seen.