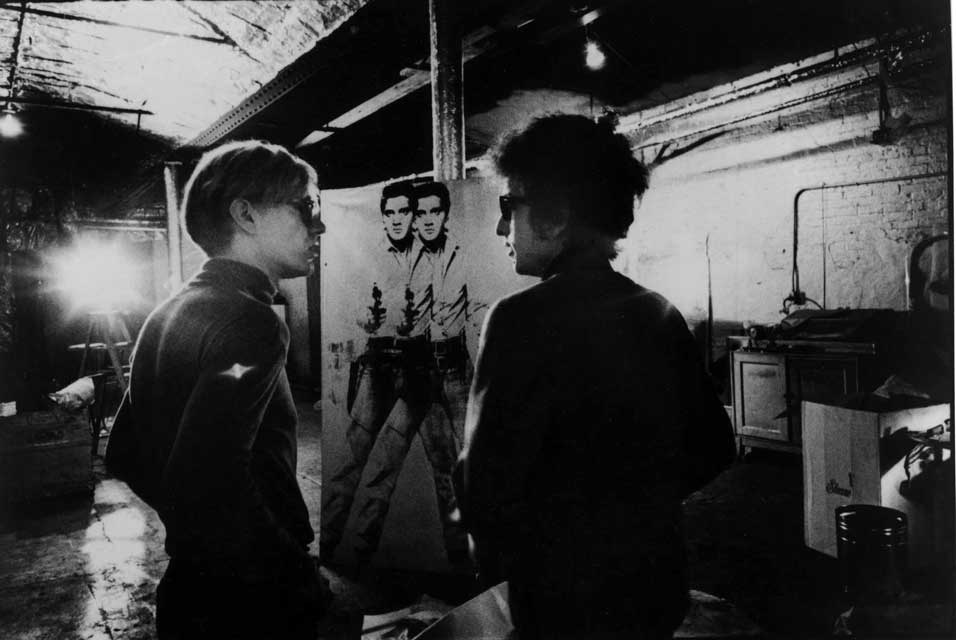 You may have seen this iconic image of Andy Warhol with Bob Dylan in front of his “Double Elvis” (an uncut Eight Elvises sold for a record $100 million recently) during his “Factory” days, but did you know who the photographer was?

Idea Generation Gallery will be holding a retrospective in London next year of recently passed away Nat Finkelstein. Although the American photographer and photojournalist was known for his involvement with the Black Panthers and as a political radical back in the day, he is most famous for his documentation of the Andy Warhol “Factory” where he remained for three years. His recognizable images during his time there included luminaries such as Marcel Duchamp, Bob Dylan, Lou Reed, Allen Ginsberg, Mick Jagger, Salvador Dali, and many others.

Although his intimate association and photography of Warhol would be of most interest to us, the retrospective also covers his work over five decades from the “Factory scenes, to the civil rights and anti-war protests of mid-60s America, to his continuing exploration of the subcultures of 80s and 90s New York.” “Nat Finkelstein: From One Extreme to the Other” opens on January 20th and runs through February 14th.