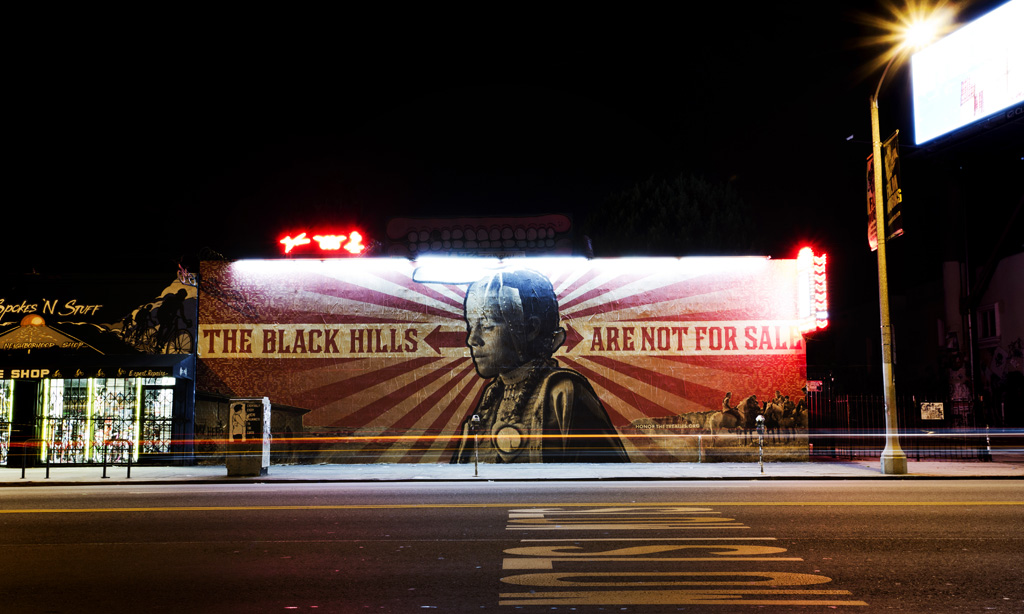 Over the weekend, Shepard Fairey (featured) and the Obey crew continued their large scale projects by pasting over the famed Barracuda wall. Last time we saw Fairey working on this wall was late last year when he collaborated with  SABER (interviewed) on a dual rendering of the American Flag (covered). This time around, Fairey has decided to use his name and recognition as a way to highlight and bring attention to a political cause affecting Native Americans. This latest mural is actually a collaborative piece between Fairey and National Geographic photographer Aaron Huey. The images on the mural originate from his photo essay titled Mitakuye Oyasin: All My Relations where he highlighted the struggles of the native Lakota people and a topic which was later featured during his TED talk.

The large scale mural focuses on the words “The Black Hills Are Not For Sale” which is actually a reference to the year 1922 in which a tribe known as the Great Sioux Nation filed suit for monetary compensation against the United States Federal Government for the loss of a land known as Sacred Paha Sapa aka the Black Hills. This land is now home to six national parks including Mount Rushmore National Memorial and Badlands National Park but the only presence of Native Americans within the land is represented by a single sculpture depicting their leader, Crazy Horse. The mural includes a link to the website www.honorthetreaties.org which helps explain and highlight the ongoing conflicts and unresolved matters between Native American tribes and the American government.

For a closer look at this mural, Huey’s photo work, and Fairey’s latest entry into social and political causes, check out the images below. 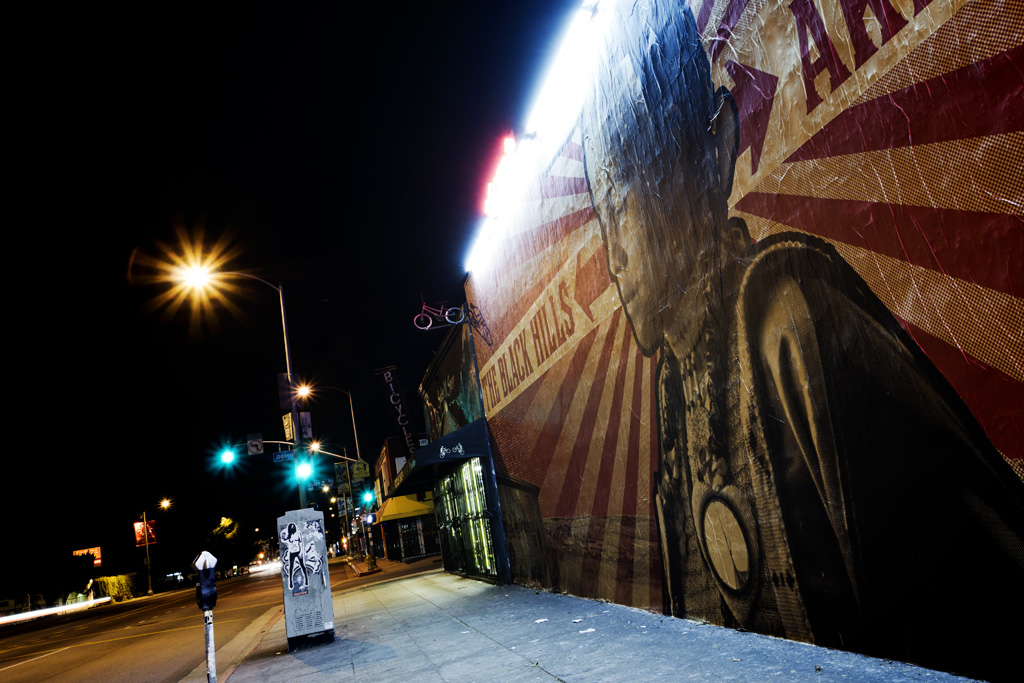 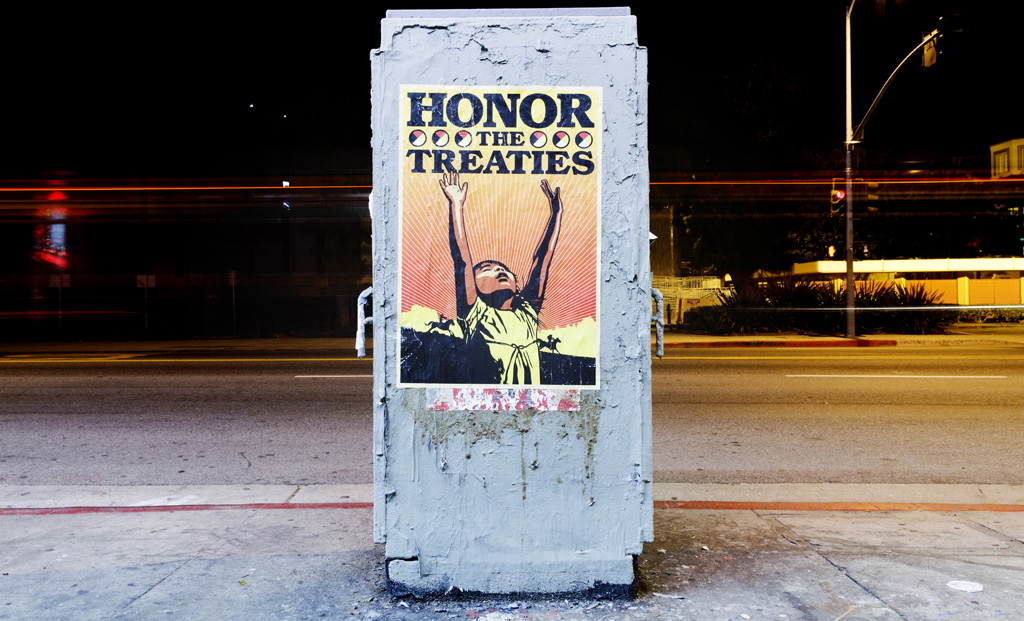 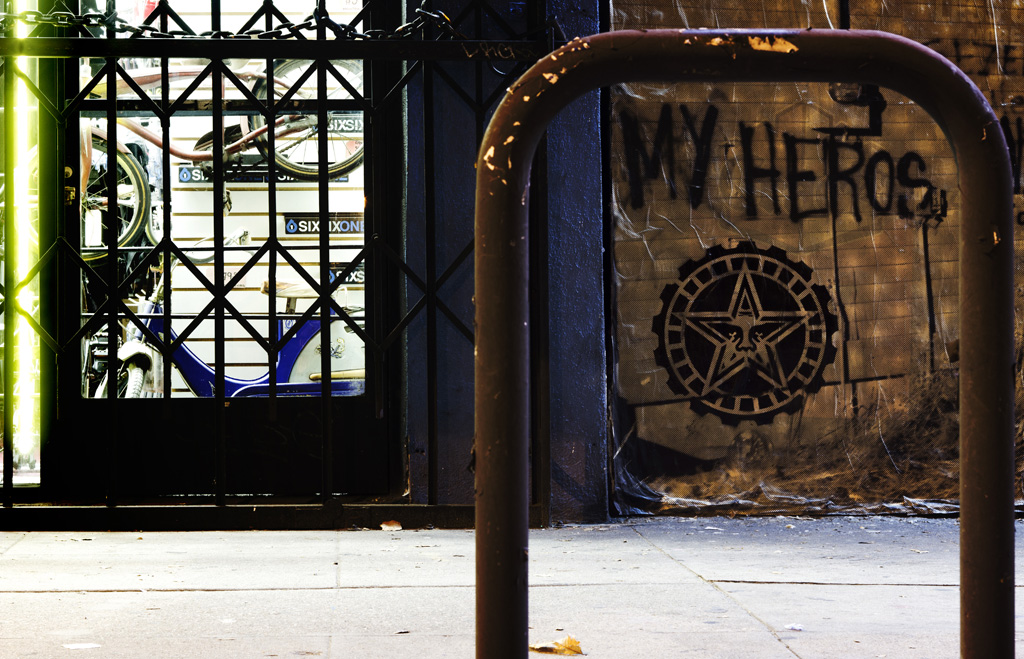 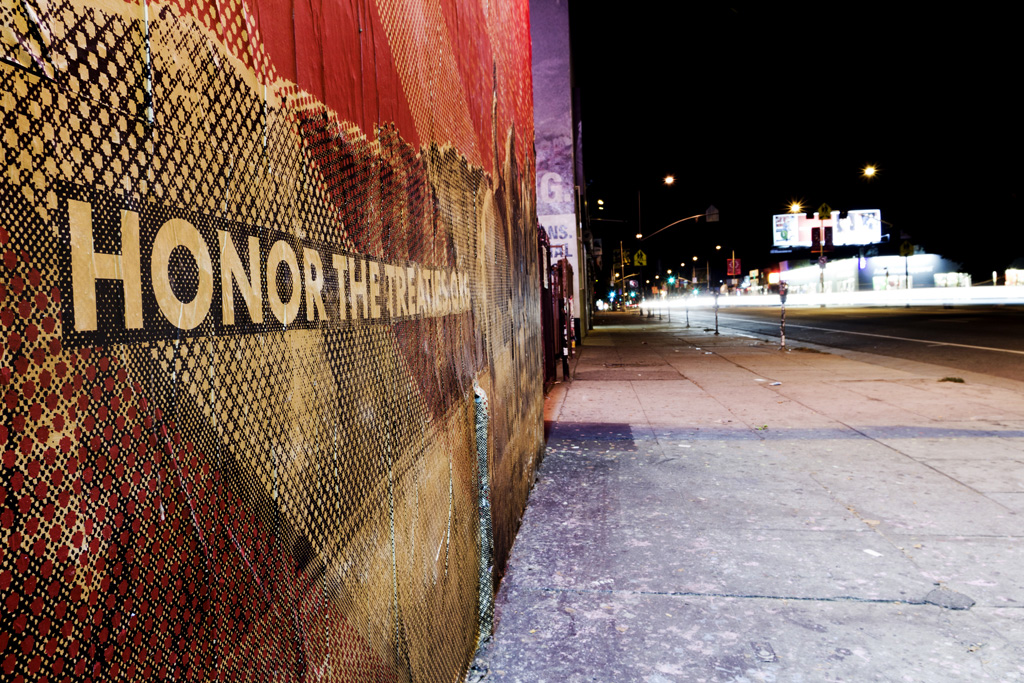 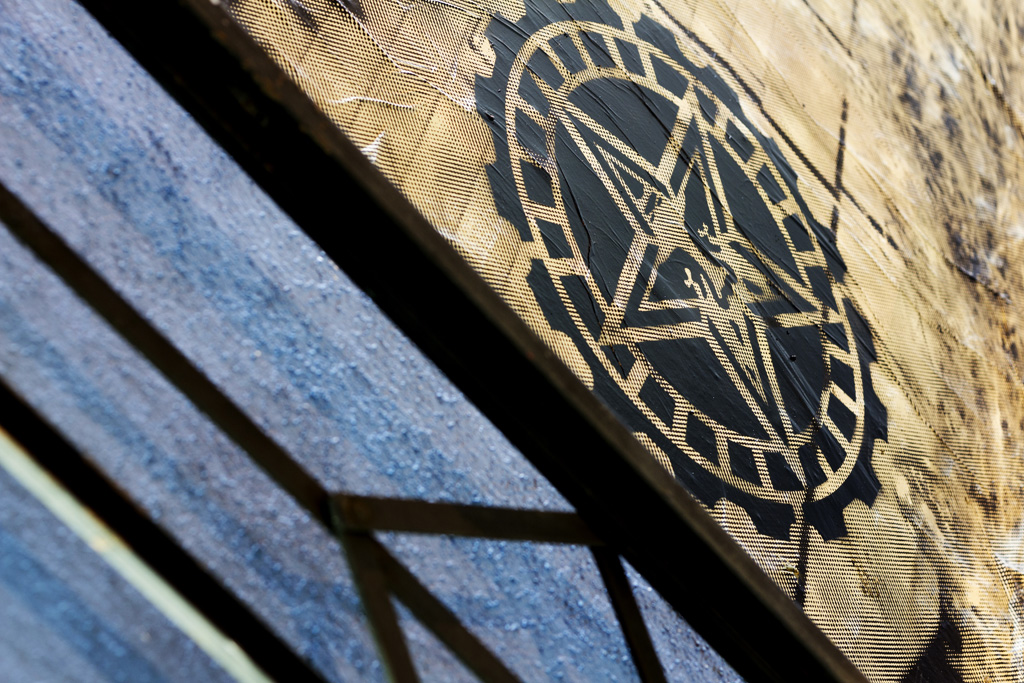 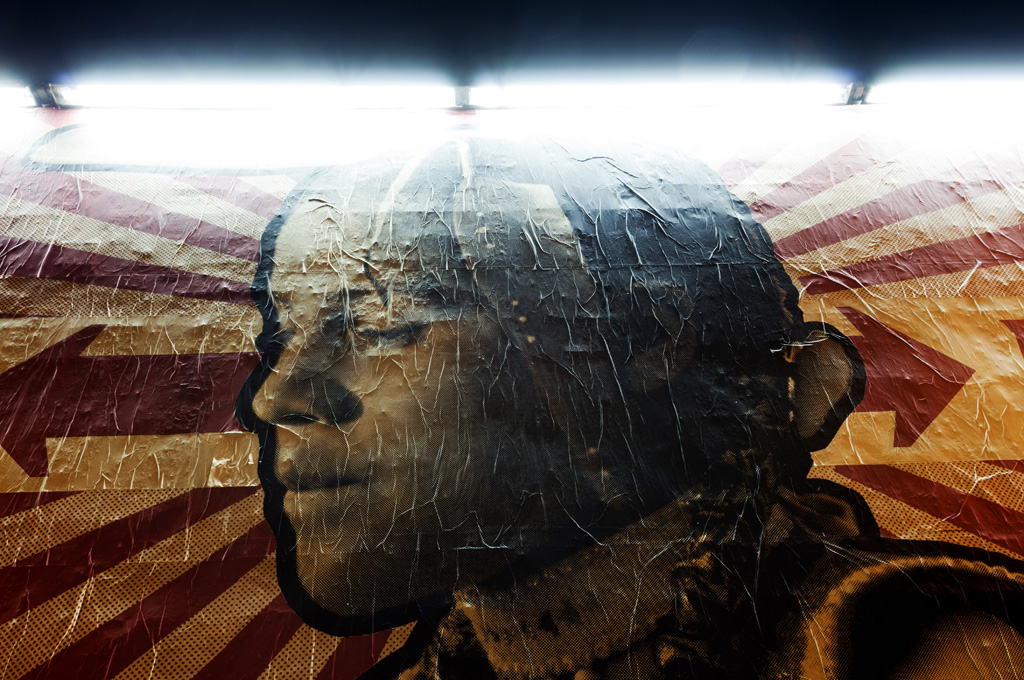 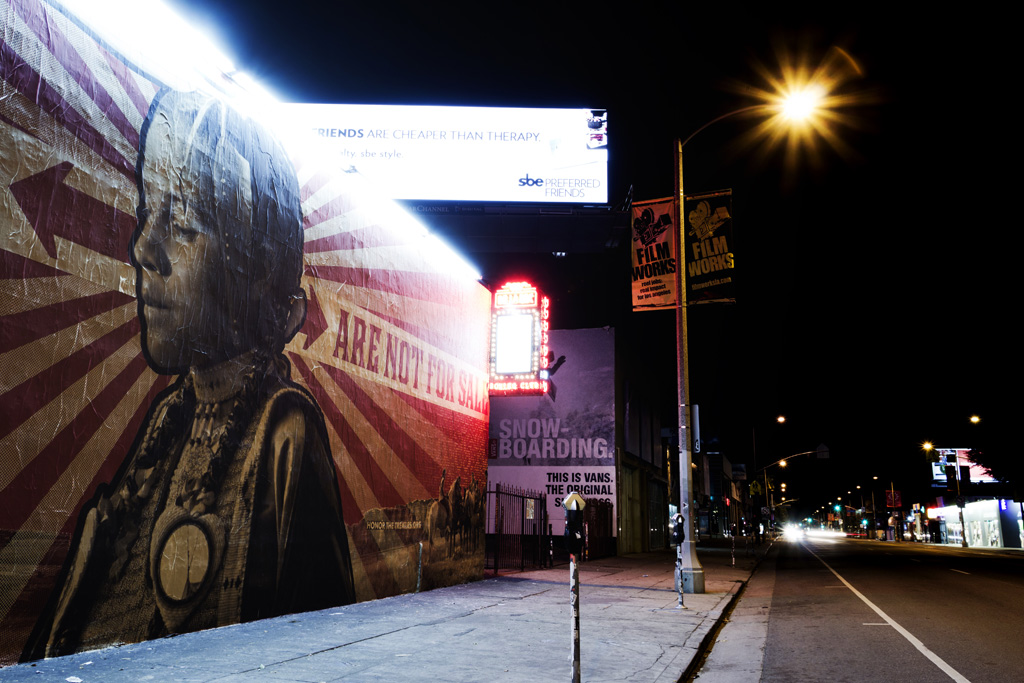