All photos via the artists unless otherwise specified. 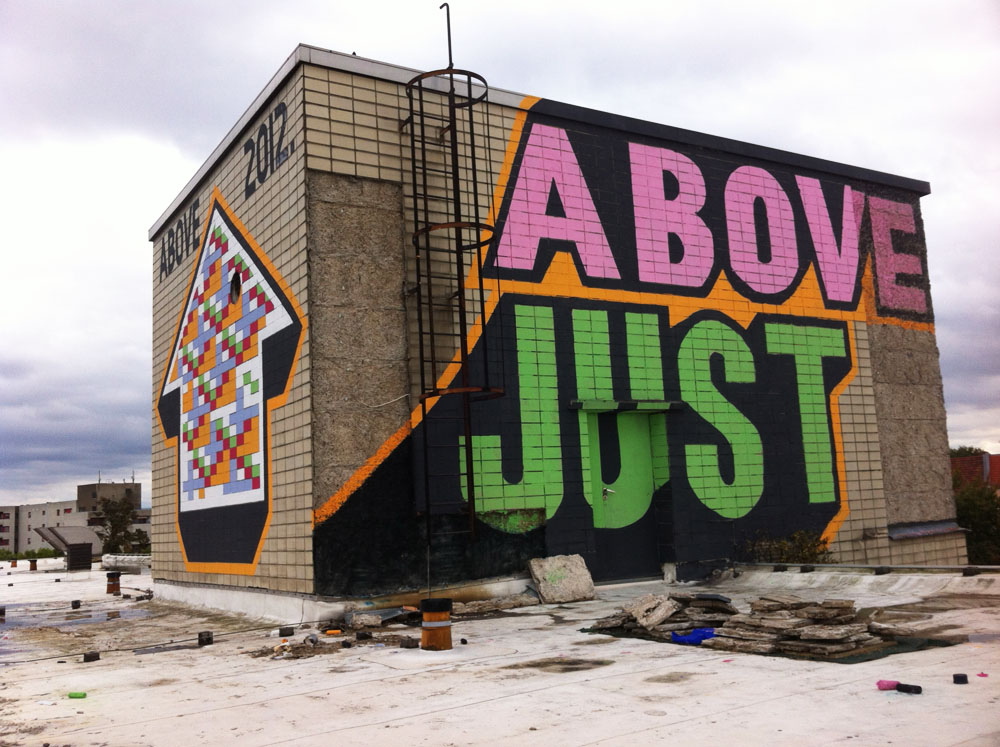 ABOVE & JUST in Berlin. Photo by LUCKYCAT. 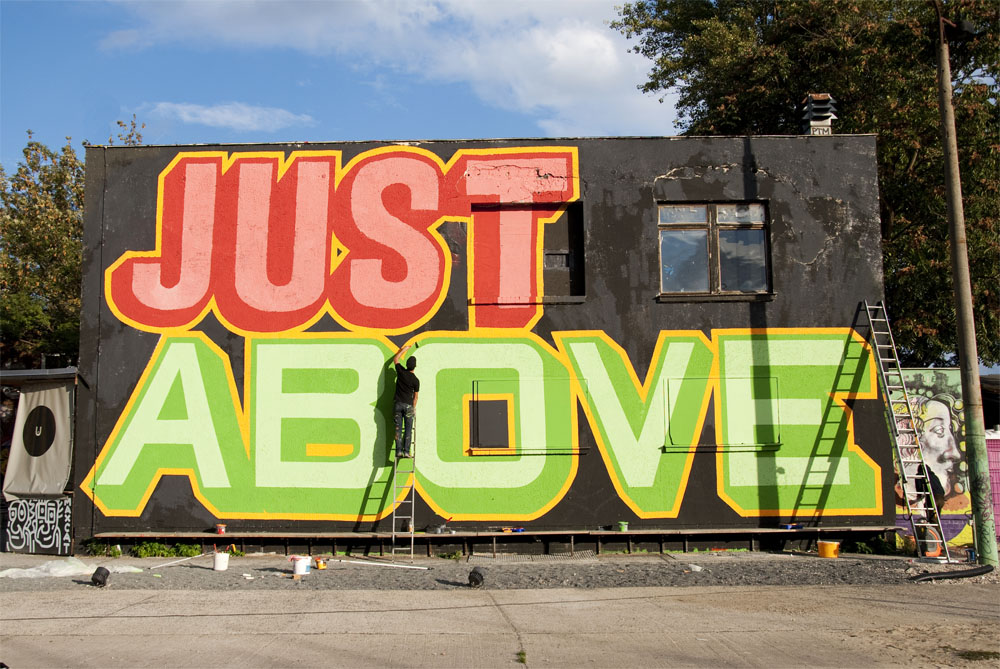 JUST & ABOVE in Berlin. Photo by LUCKYCAT. 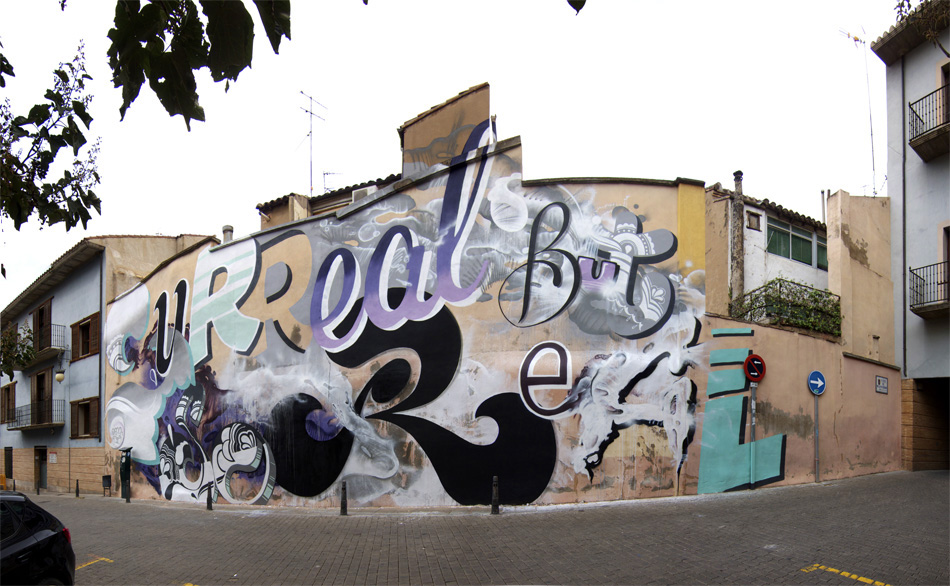 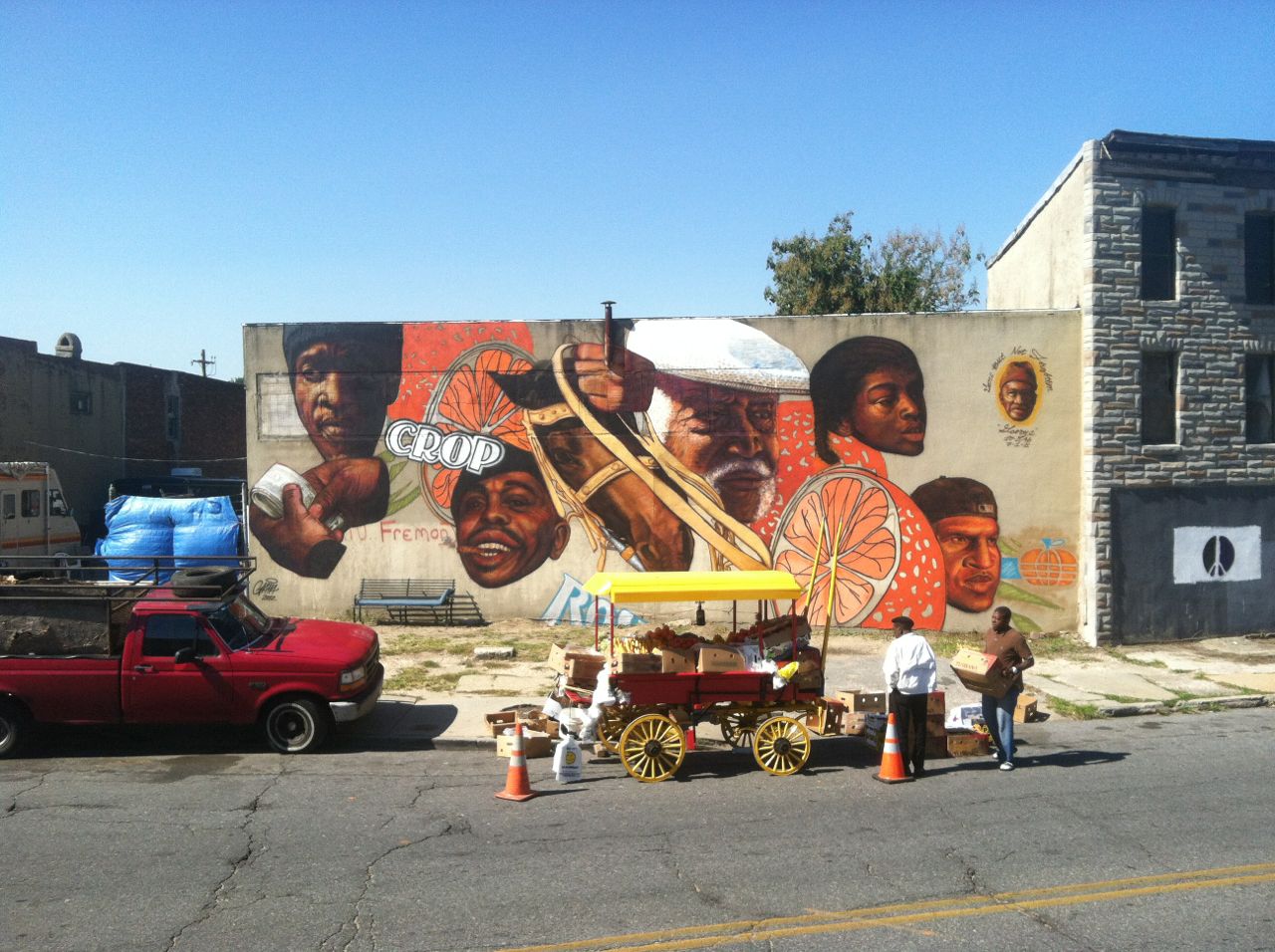 Gaia in Baltimore with mural honoring the Arrabers. Photo by M Holden Warren. 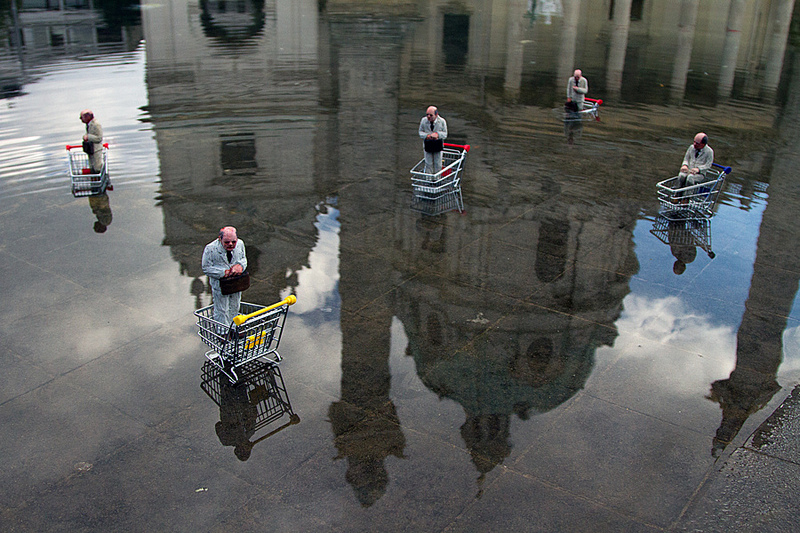 Isaac Cordal for the BLK River Festival in Vienna. 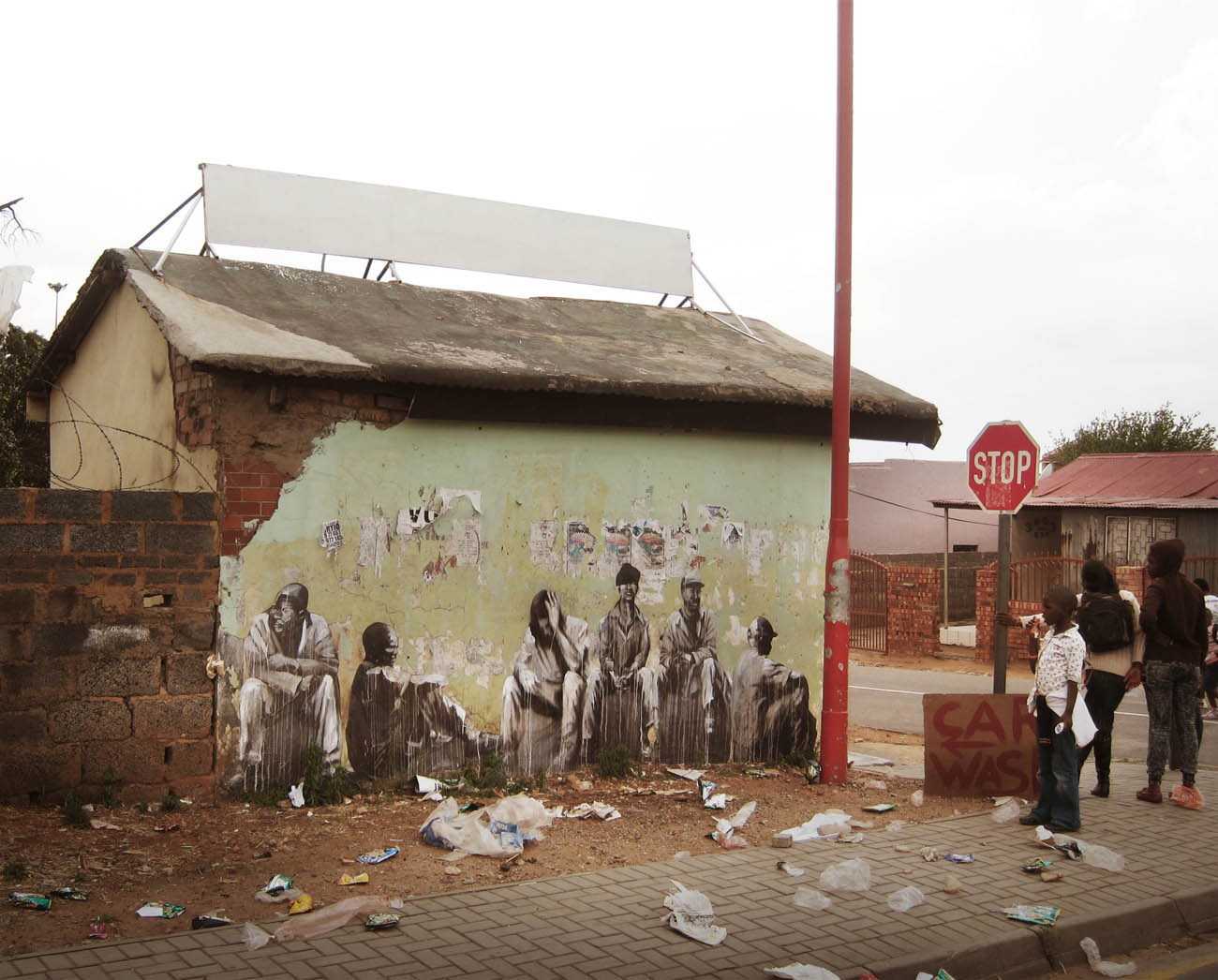 One of the new murals from Faith47 in her “the long wait” series in South Africa. 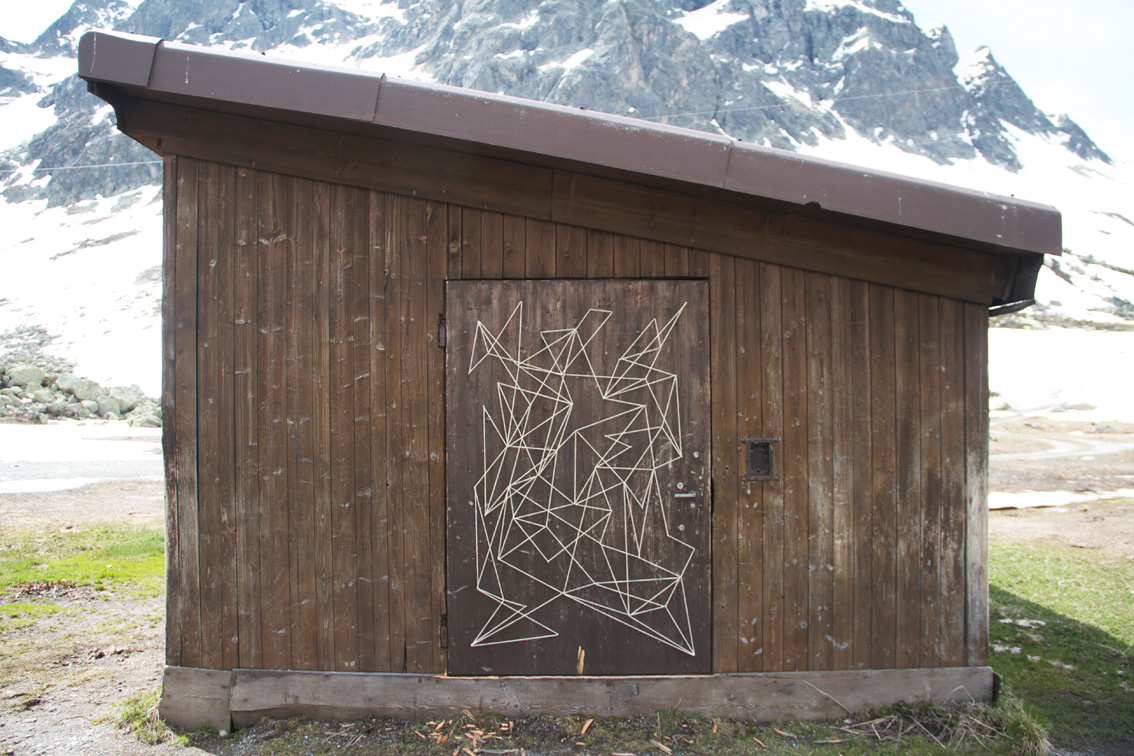 Spidertag in the Alps. Photo by Thomas Stöckli. 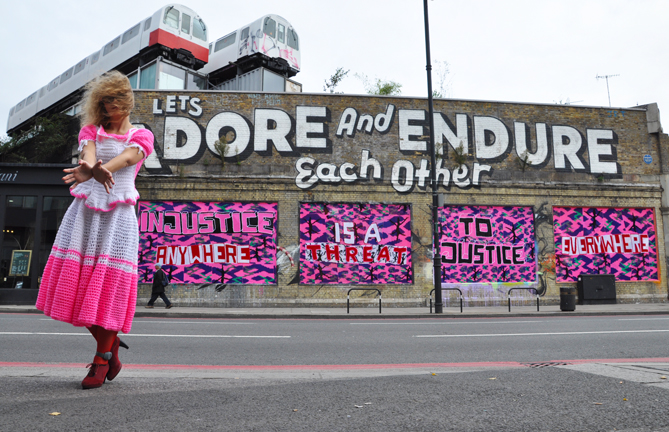 Olek’s crocheted version of Martin Luther King’s “injustice anywhere is
a treat to justice everywhere,” an ode to her struggles with the legal system. 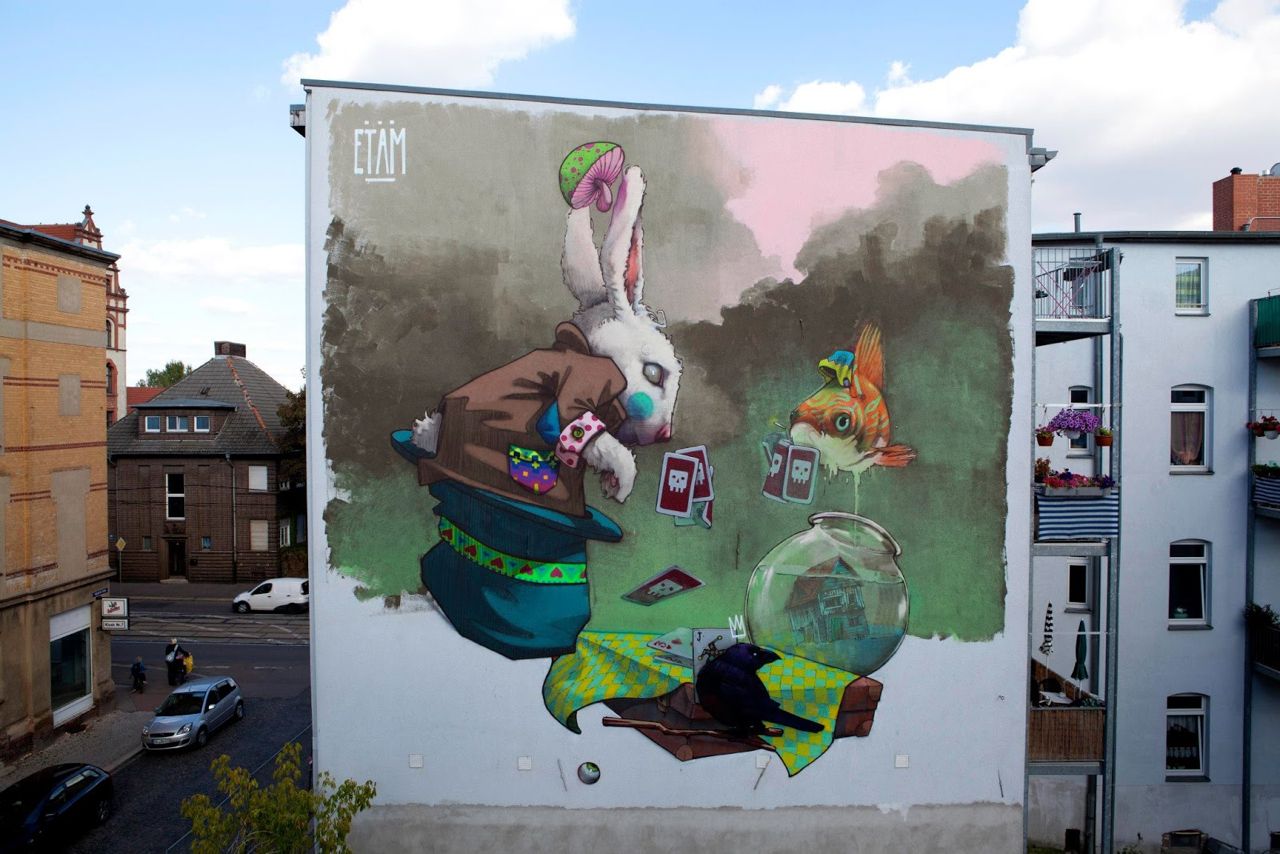 Etam Cru in Halle, Germany for the All You Can Paint Festival. Photo via StreetArtNews. 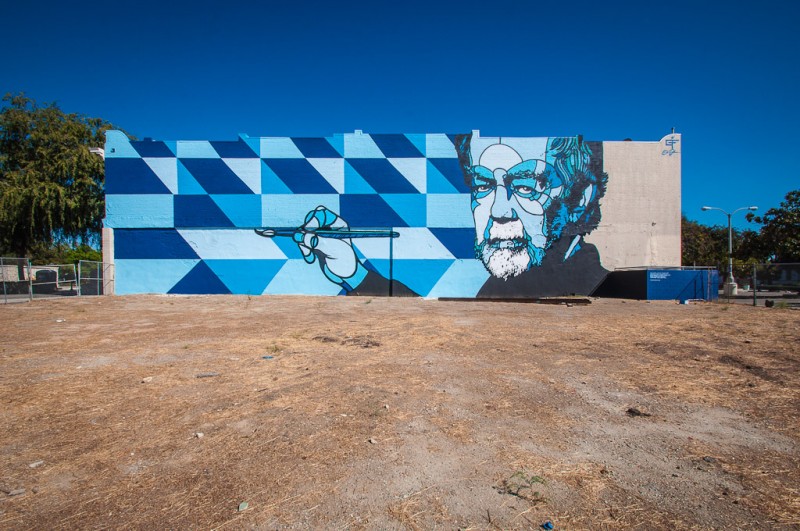 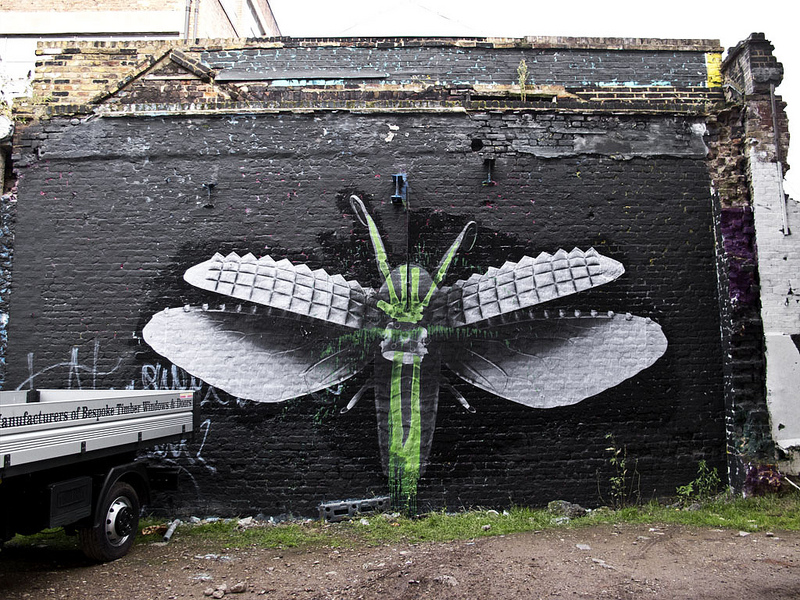 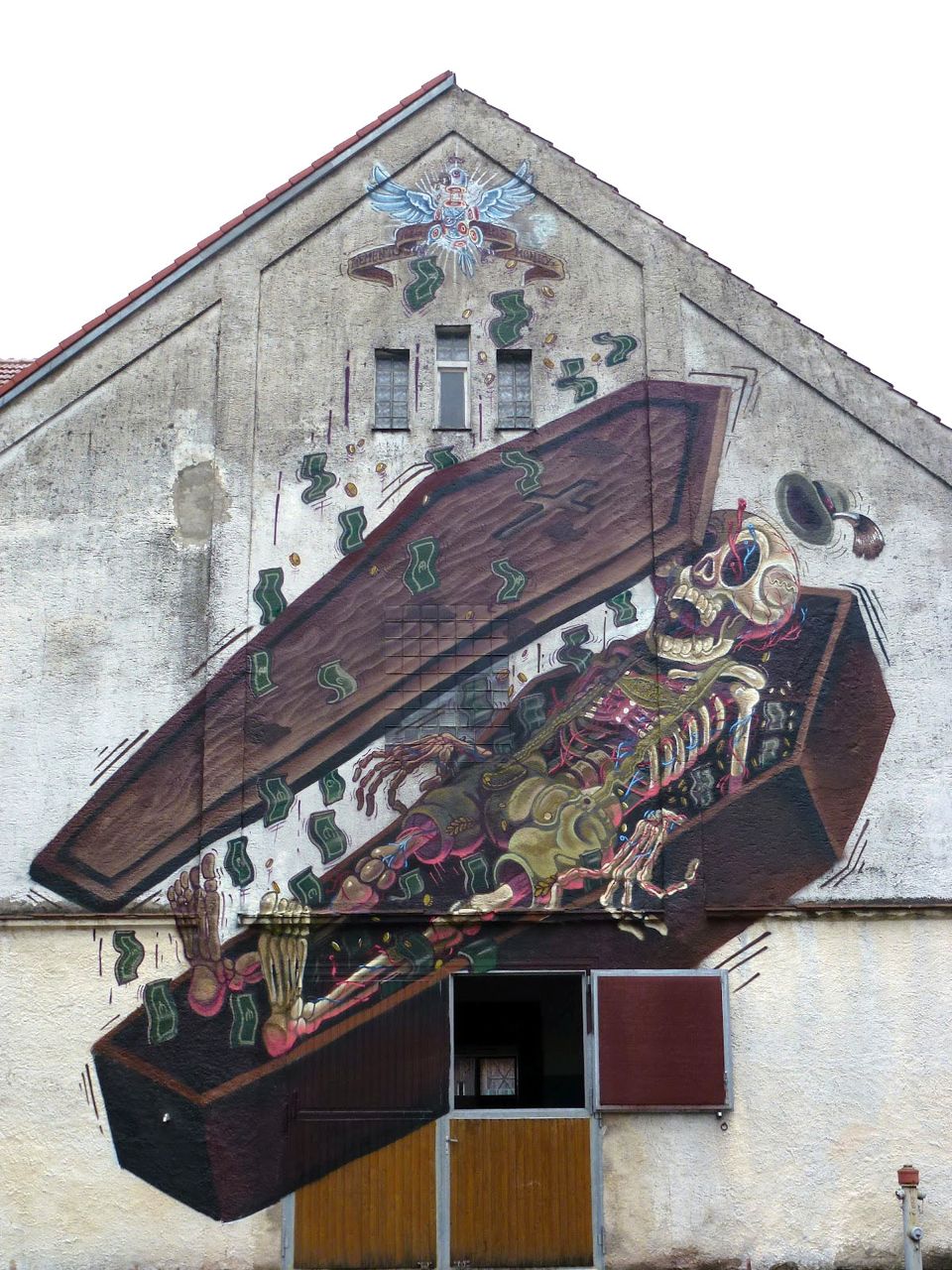 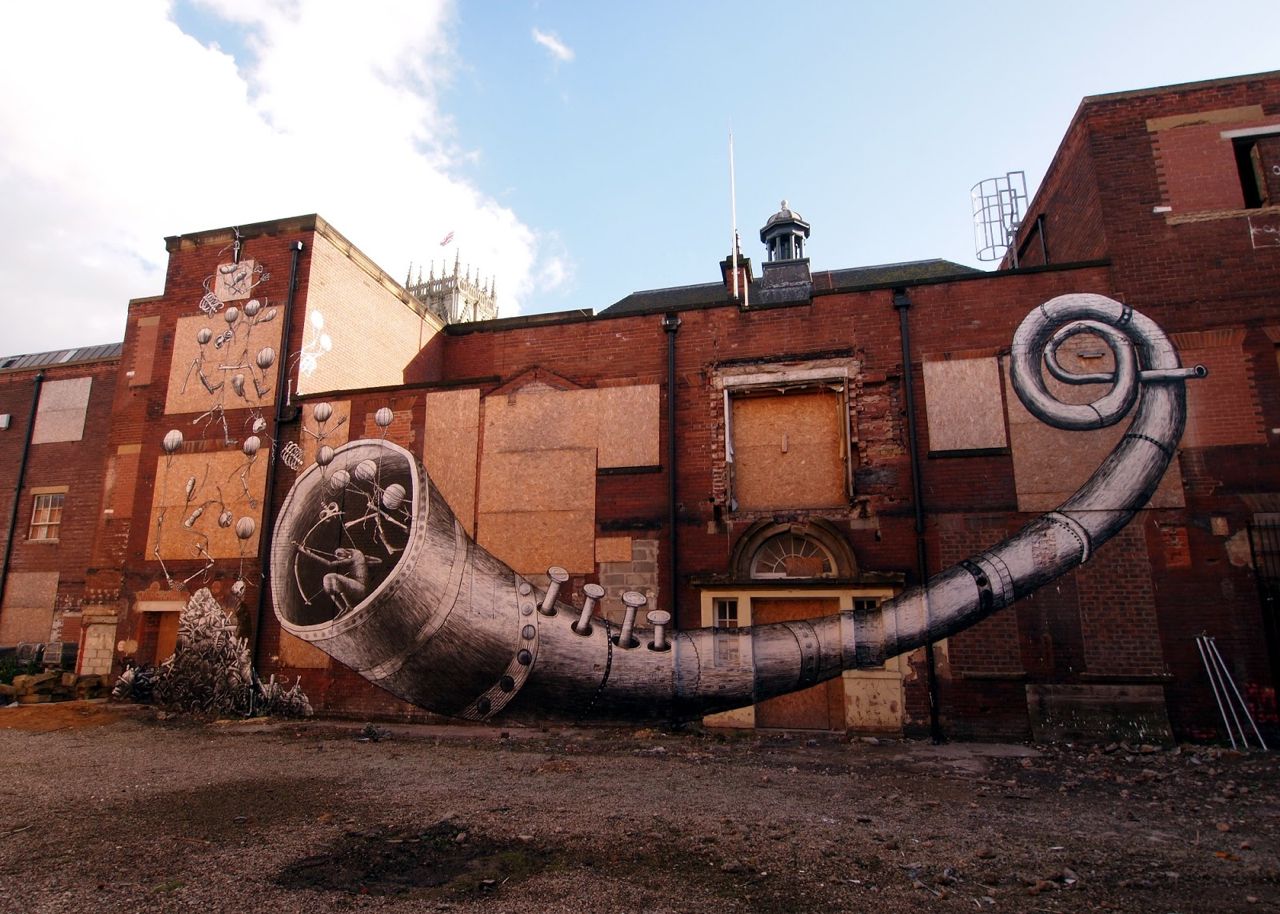 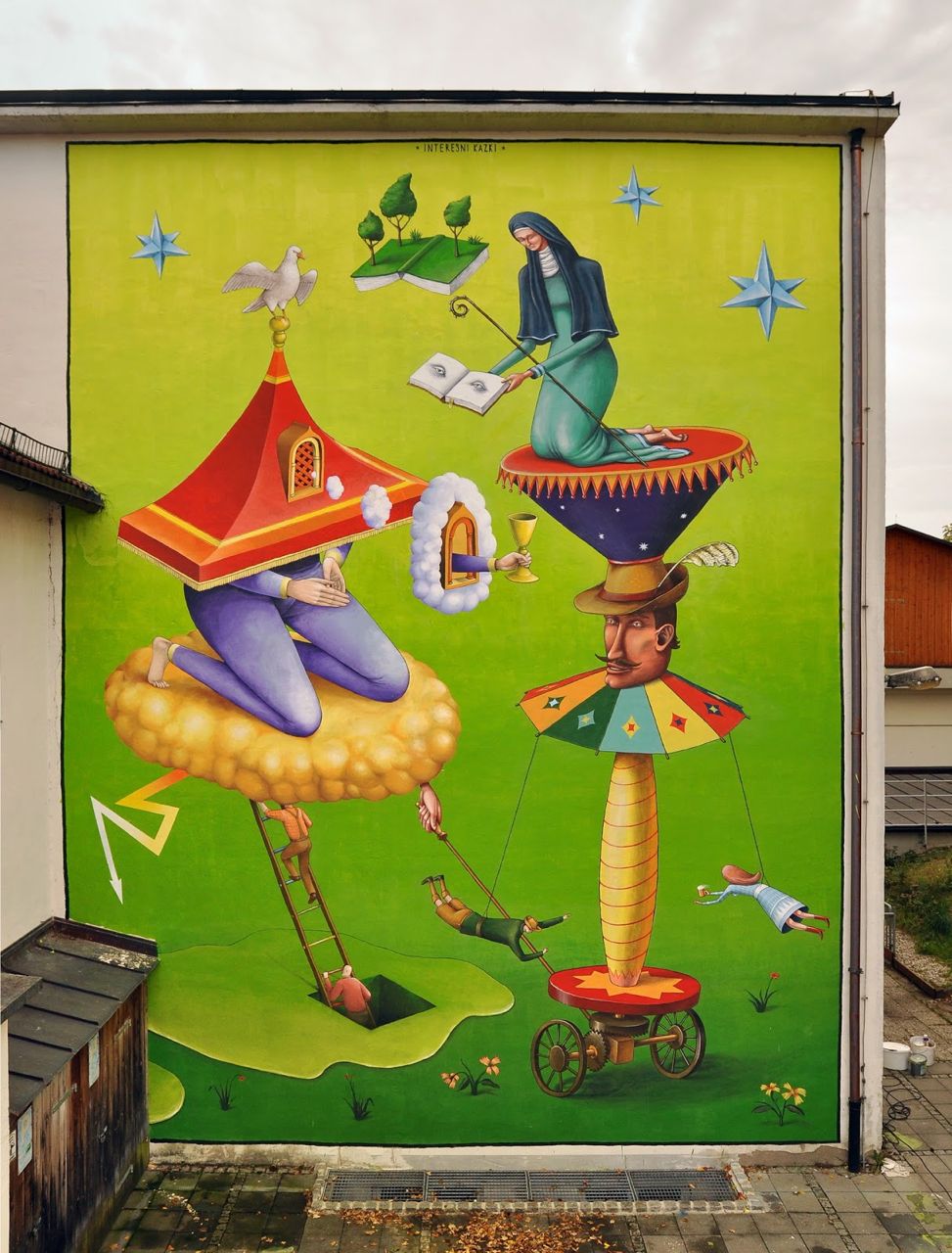 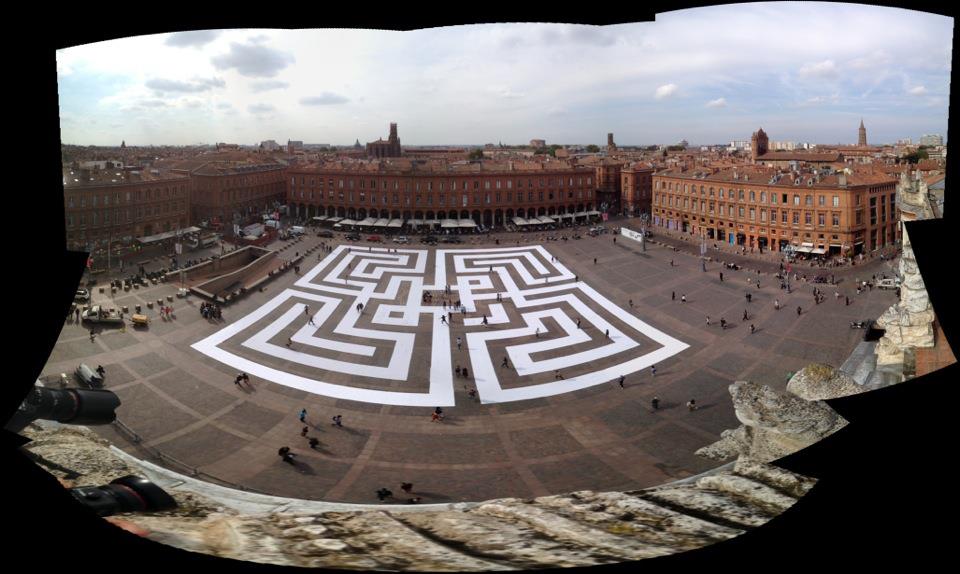 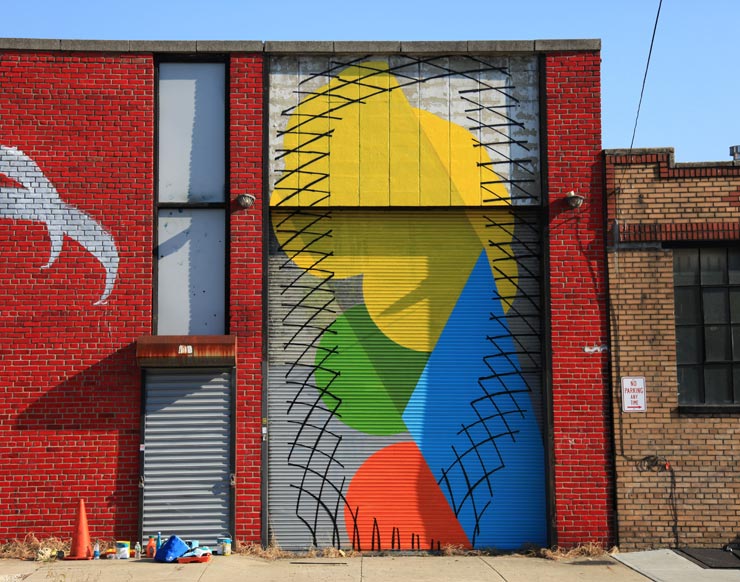 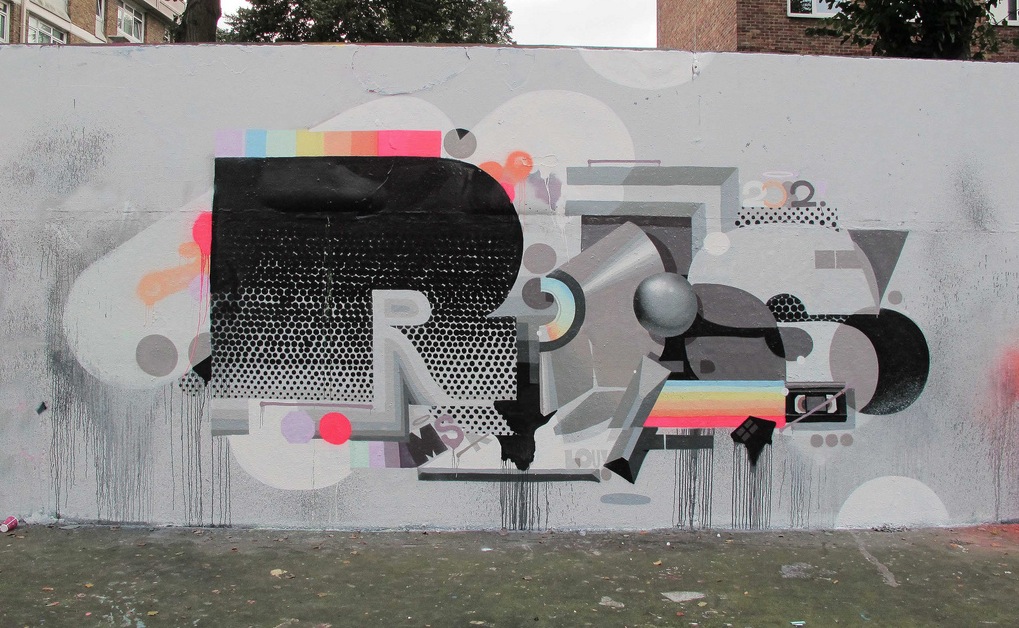