We just heard back from Ludo, (interviewed) who is still in Bangkok putting up works around the Thai capital and shooting a video for his upcoming solo show in the UK, all while fighting the hot humid weather. Last time we heard from him (covered), he started to get a better feel of the city and realized how many interesting spots there are. Even government and royal family-related buildings being strictly off limits, he is having a hard time deciding which walls to place his works on.

The armed insect piece he pasted on the floodgates was one the most “out in the open” places he has ever worked on. He managed to finish it just before a group of monks passed by. The grapes piece he was putting on a building he thought was abandoned, until the lights started coming on and people started calling the police. So he had to leave and come back the next day to finish the work. Hopefully we’ll be hearing more from the French artist soon. 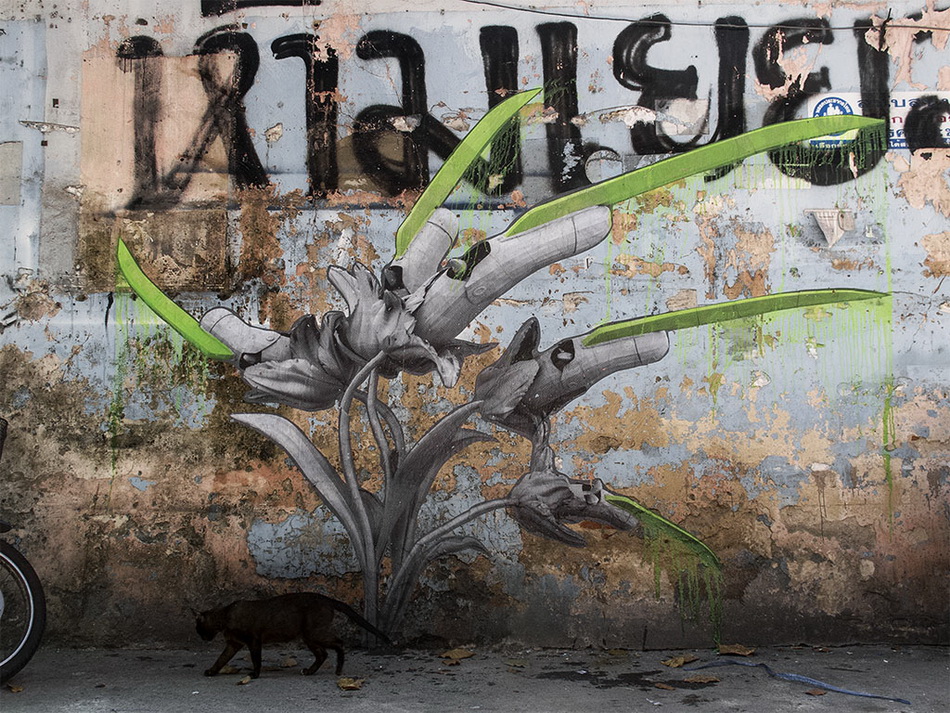 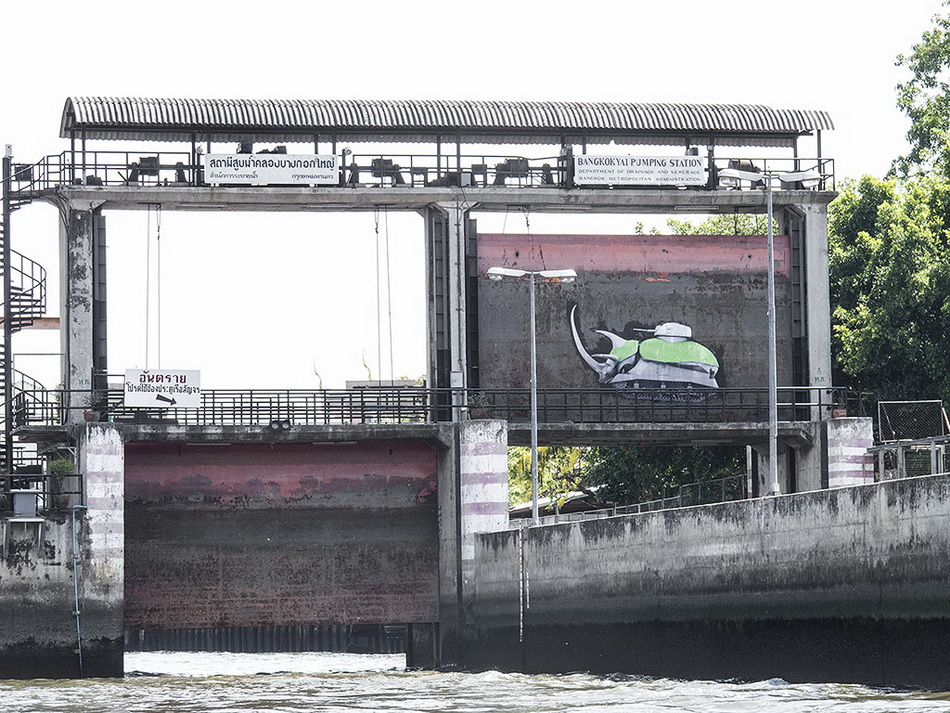 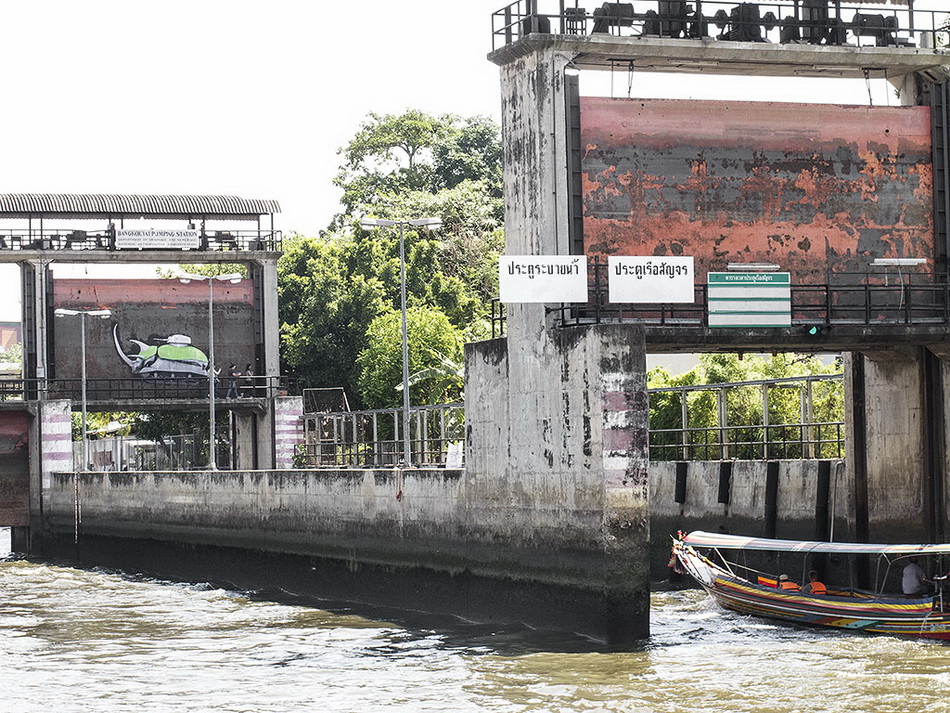 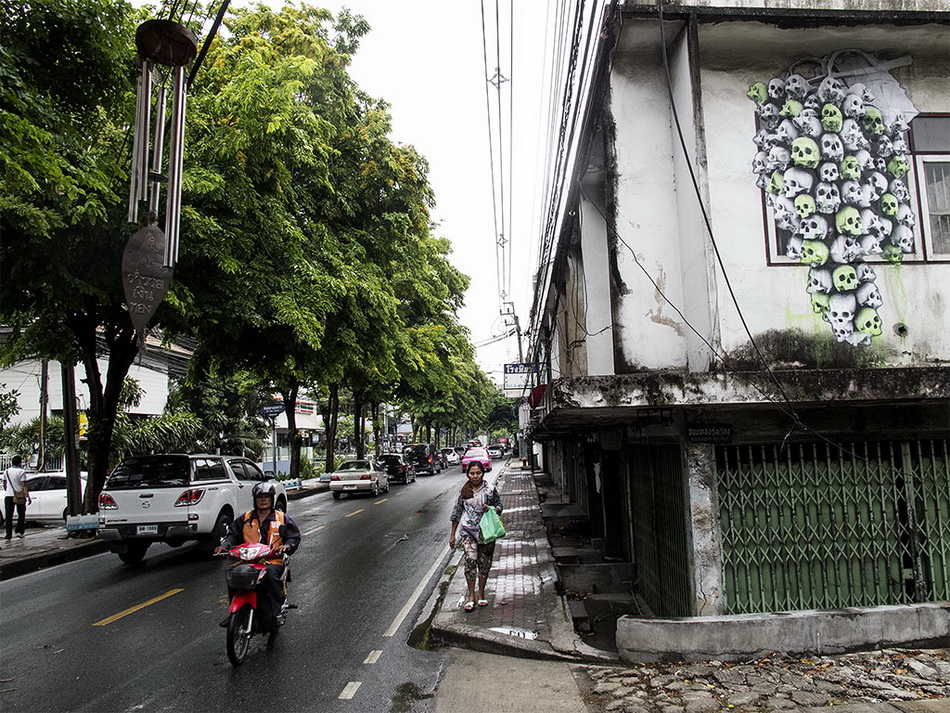 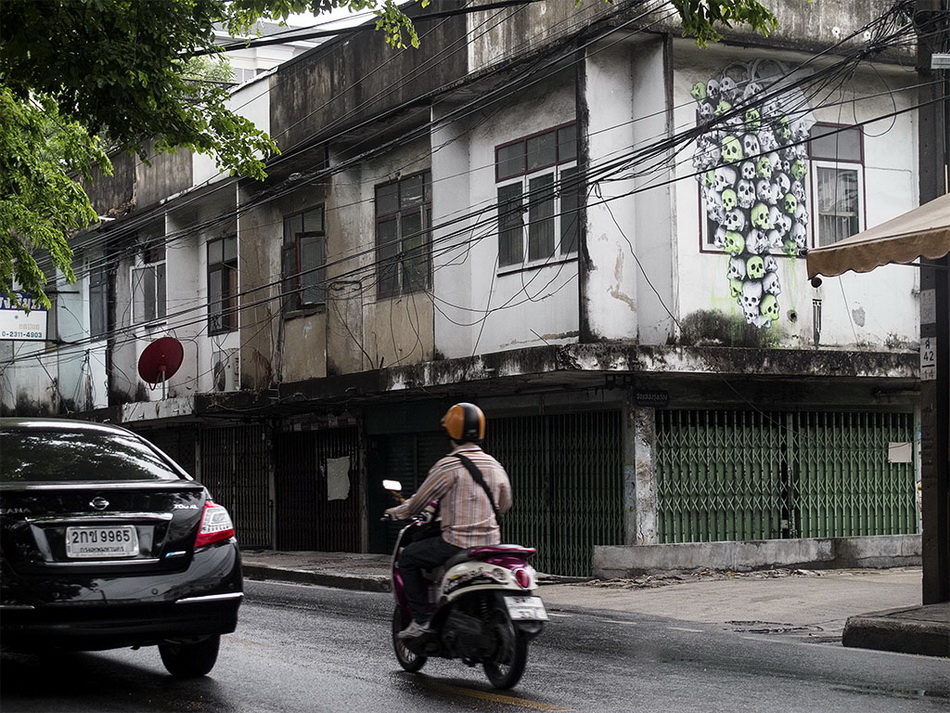 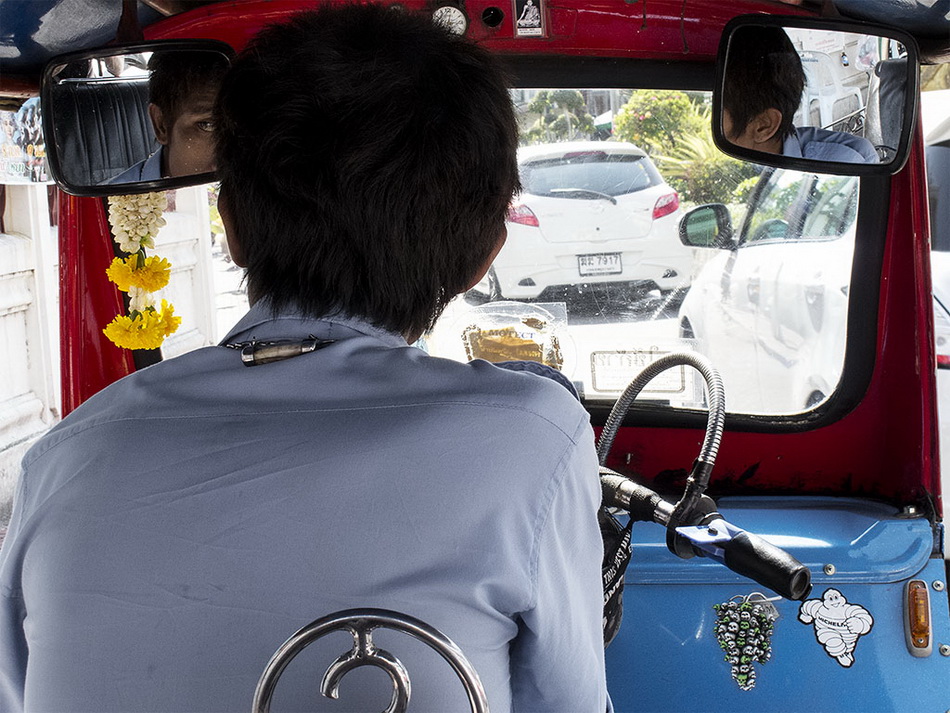