French artist Ludo (interviewed) is still in Bangkok, finding out new things about the Thai people and the culture and placing his pieces on the streets. Since his work is focused on modified and morphed flora and fauna, he had to create a special piece for his temporary hometown. His received inspiration after finding out about the local’s obsession with the strongly aromatic durian fruit. He was also visiting a local Thai box club, and pasted one of his pineapple pieces around the corner from it, as well as had a close encounter with the local police that didn’t show much interest in interrupting his work.

Based on the preview photos he’s been sending us, the video he is shooting there for his upcoming solo show at Lazarides in London this October is shaping up to be a very special one. 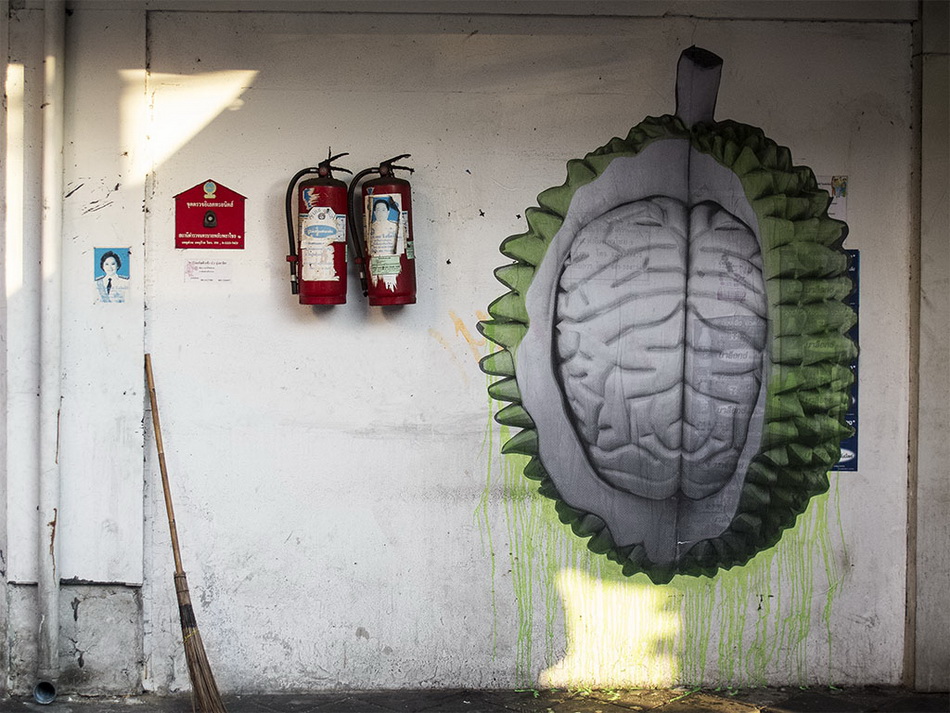 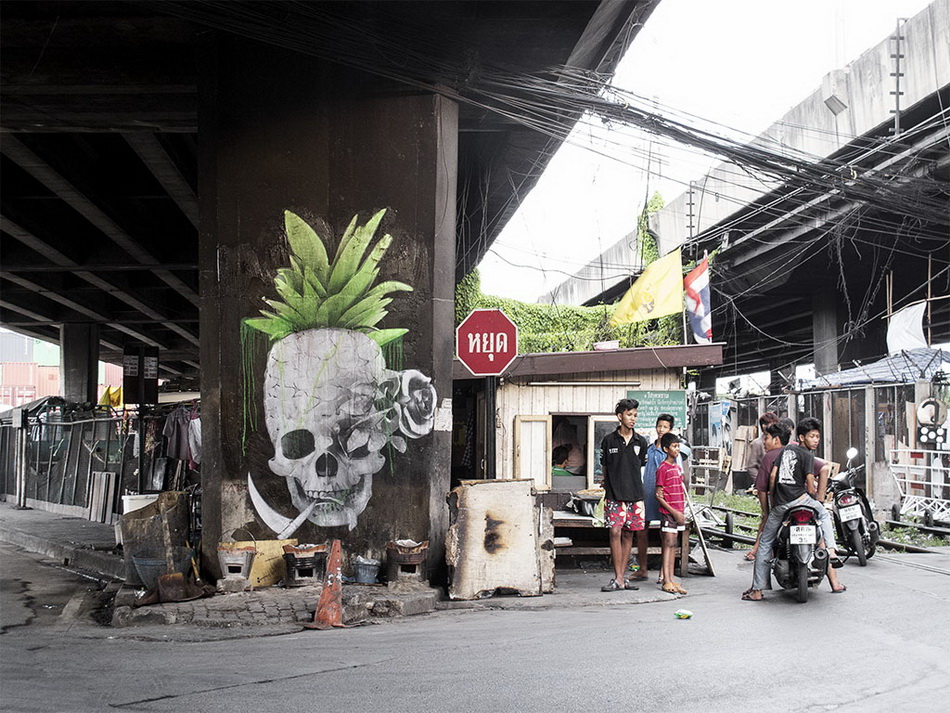 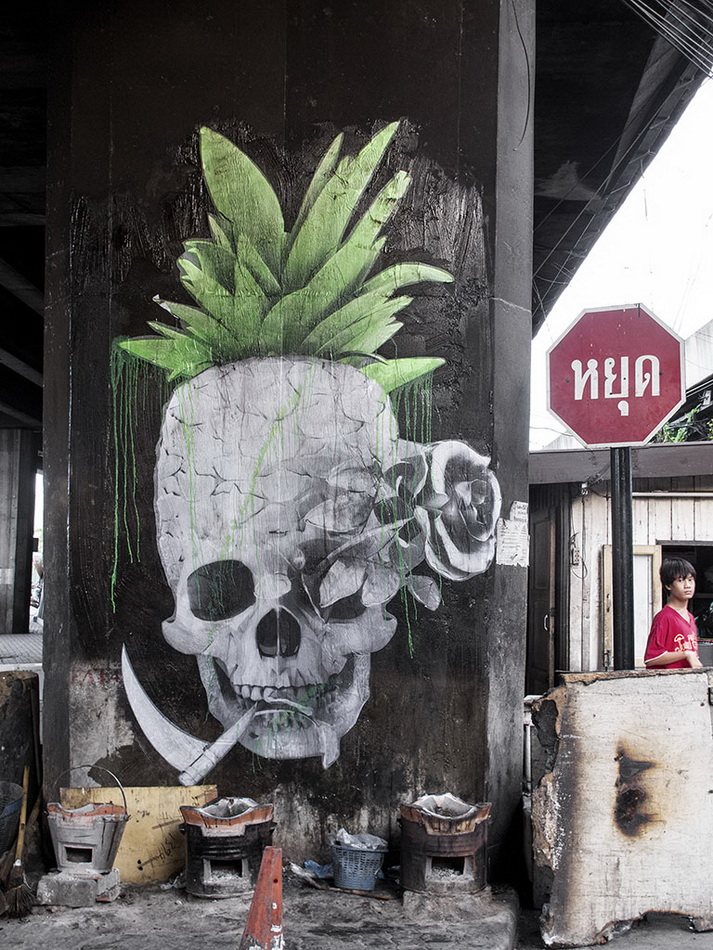 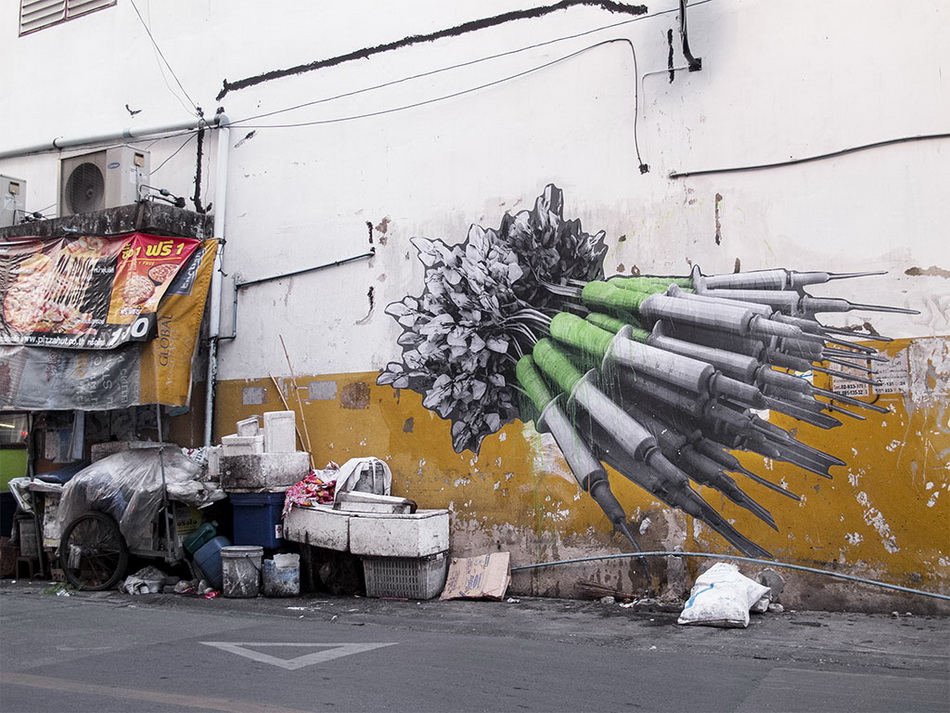 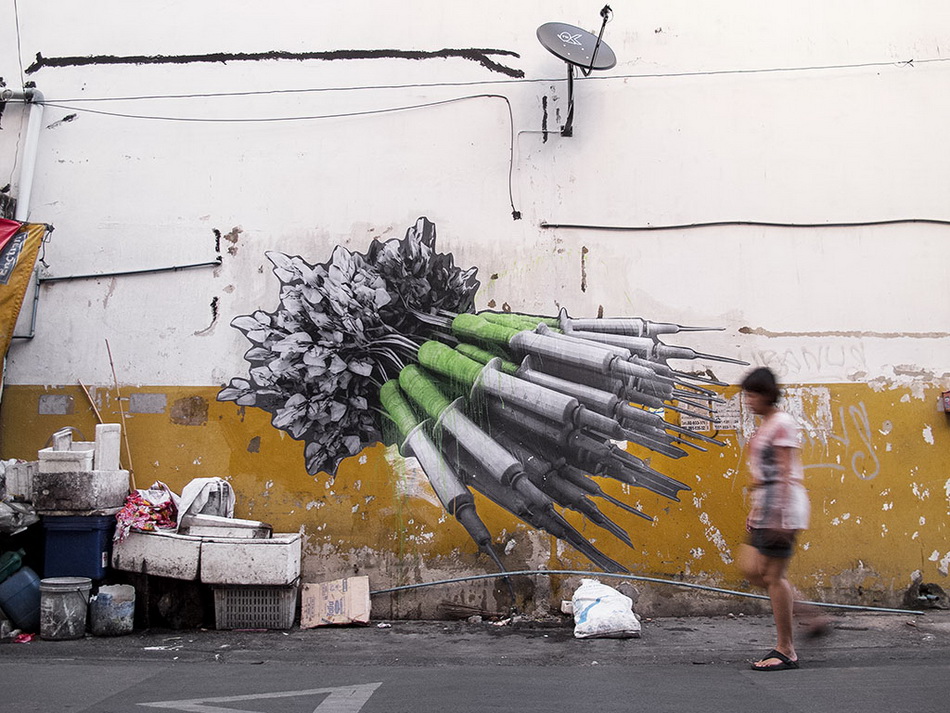 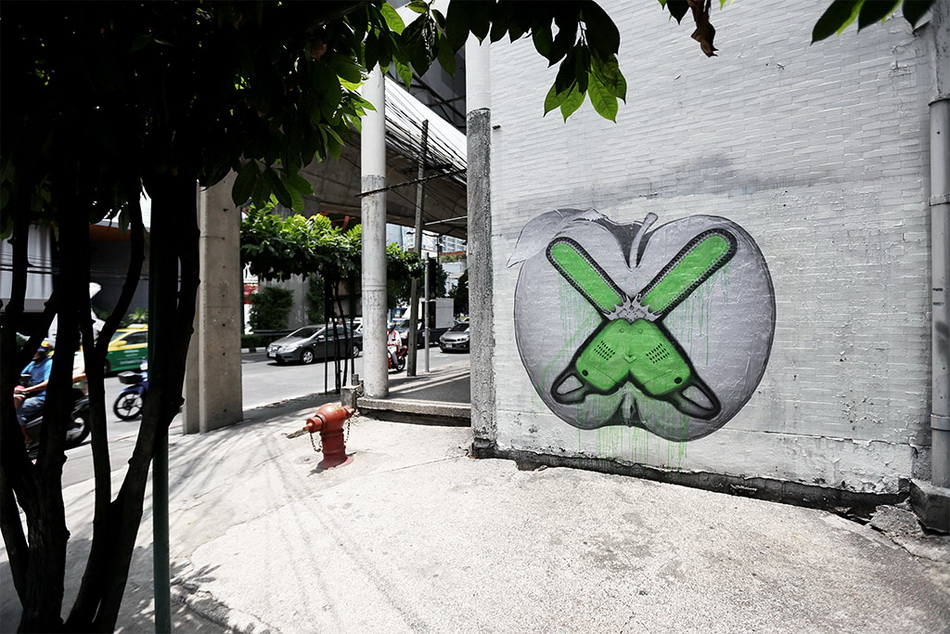 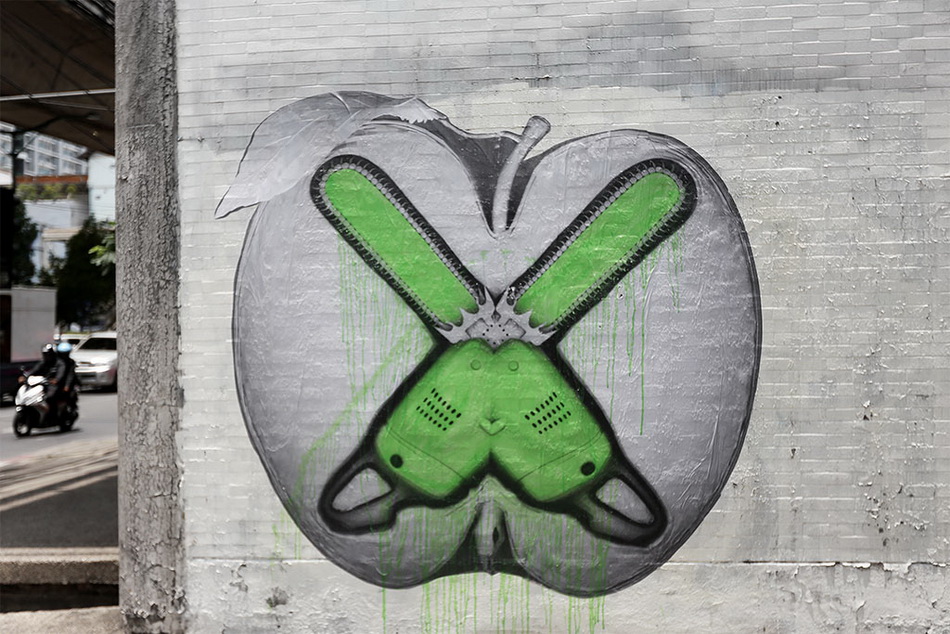 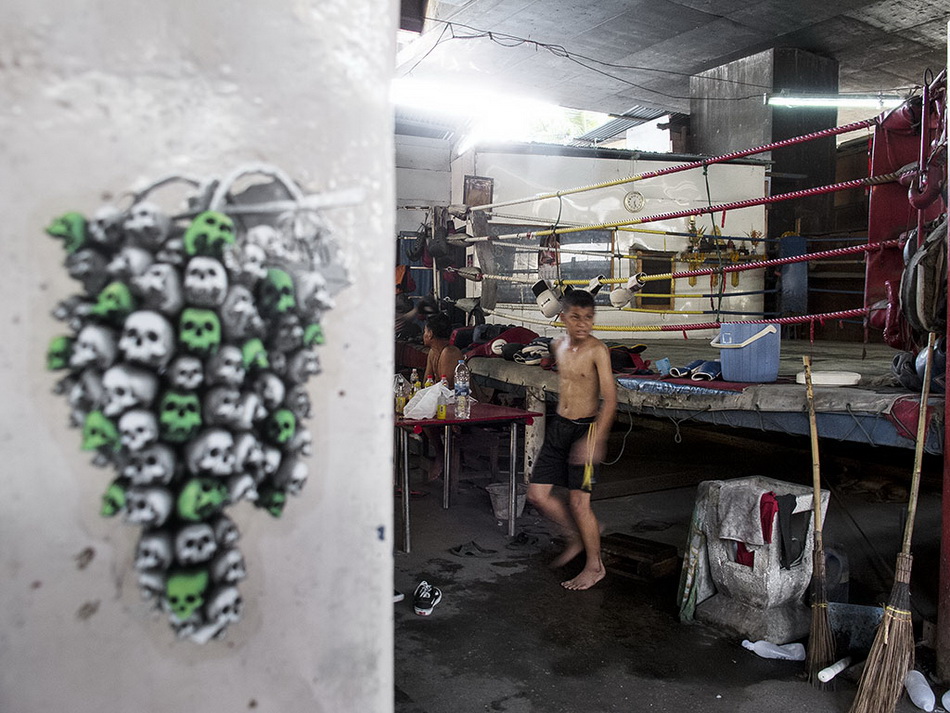