With his most recent solo show titled Revok, Jason Williams aka REVOK introduced his latest concepts and works at Ruttkowski;68 in Cologne, Germany. Opened on August 14th, the show will stay on view until September 27th.

The title of the shows refers to the concept of identity that he has been exploring since 1990, when he adopted the name as his alias. REVOK was only a tag or a pseudonym when he started out as a graffiti artist, but later on it became a frame within which he can define himself without social constraints. In a similar way, his second solo show this year presents his work without artistic constraints.

Fully relying on the new technique that involves painting on cut pieces of wood, he is pushing these concepts to a new level – from creating cluster-like works that combine influences from op-art, traditional folk pattern, and optical illusion elements, to minimal geo based works that play with the transparency of colors, patterns and effect of neon outlines. Along with these wall pieces, Revok also entered a more three-dimensional world by creating an octagon bench as well as striking hand stitched cotton quilt mounted on top of a shaped steel frame. 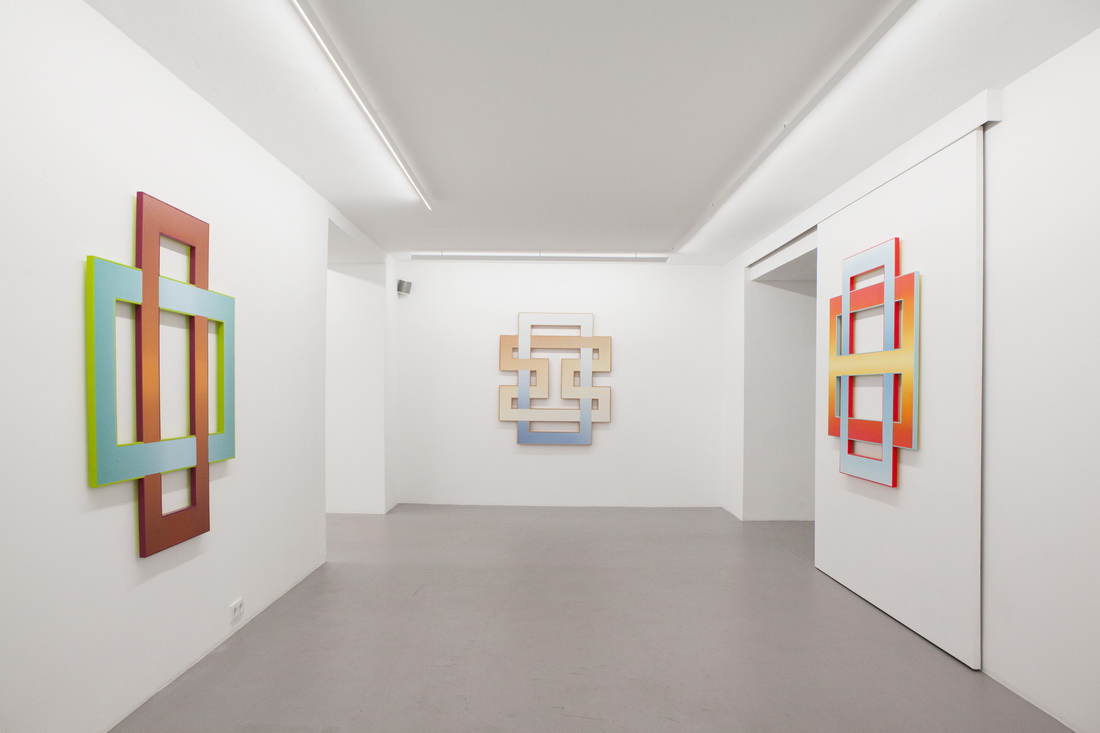 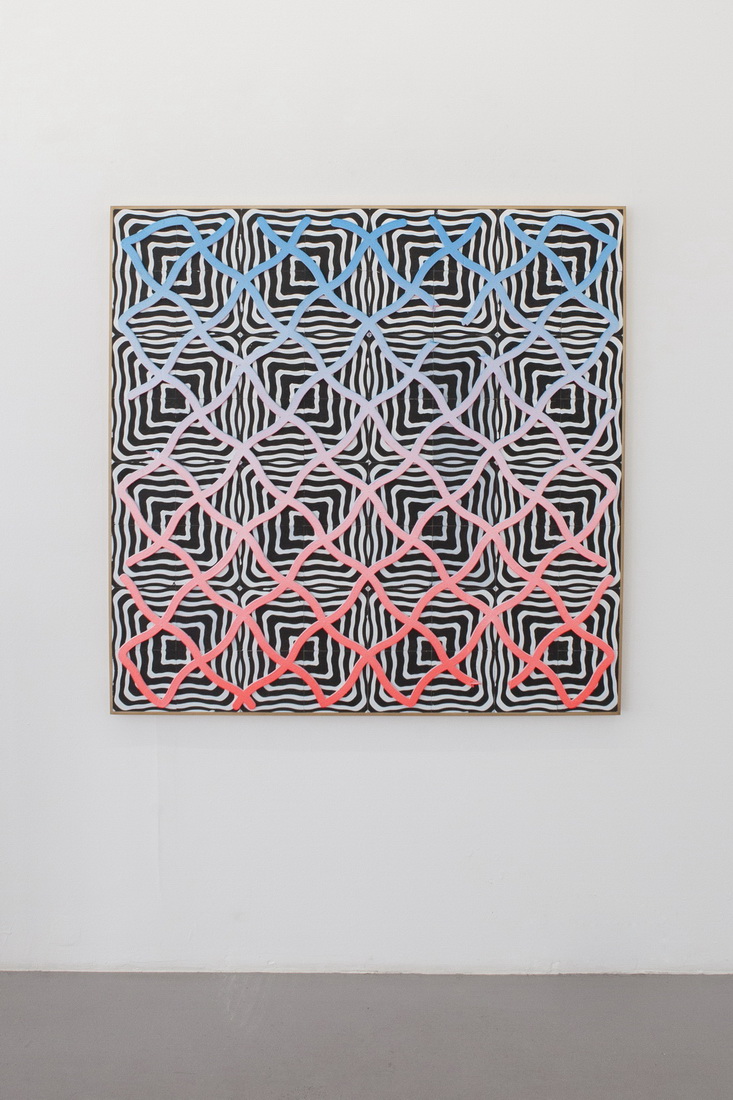 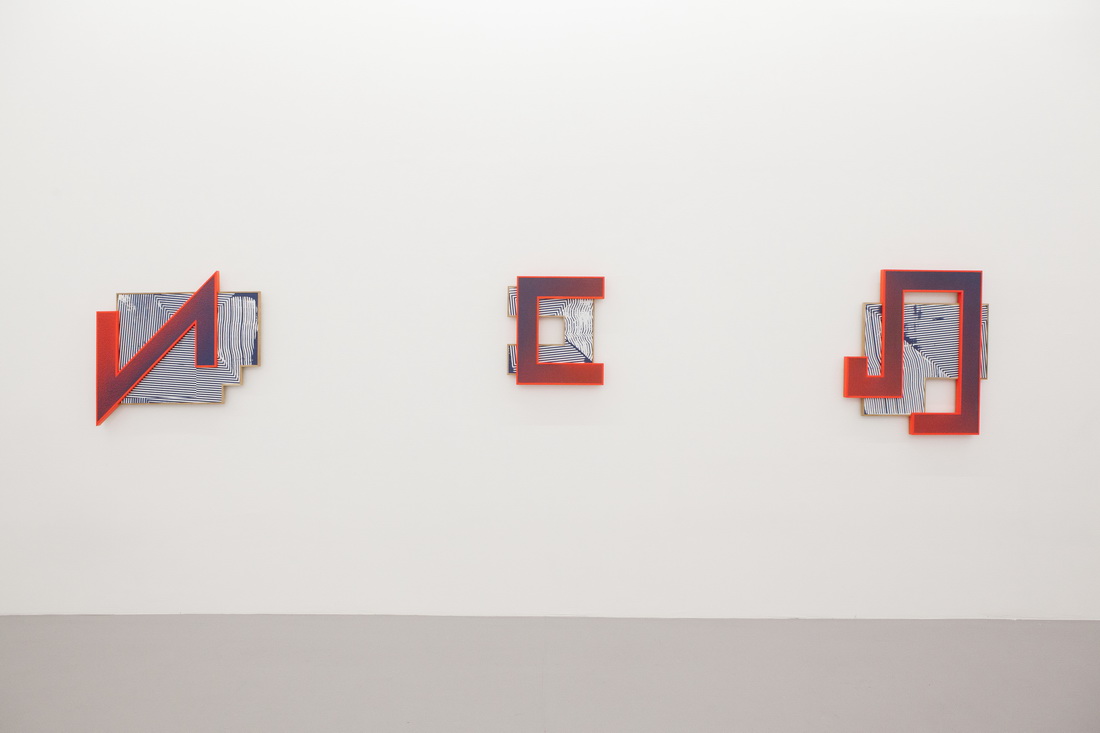 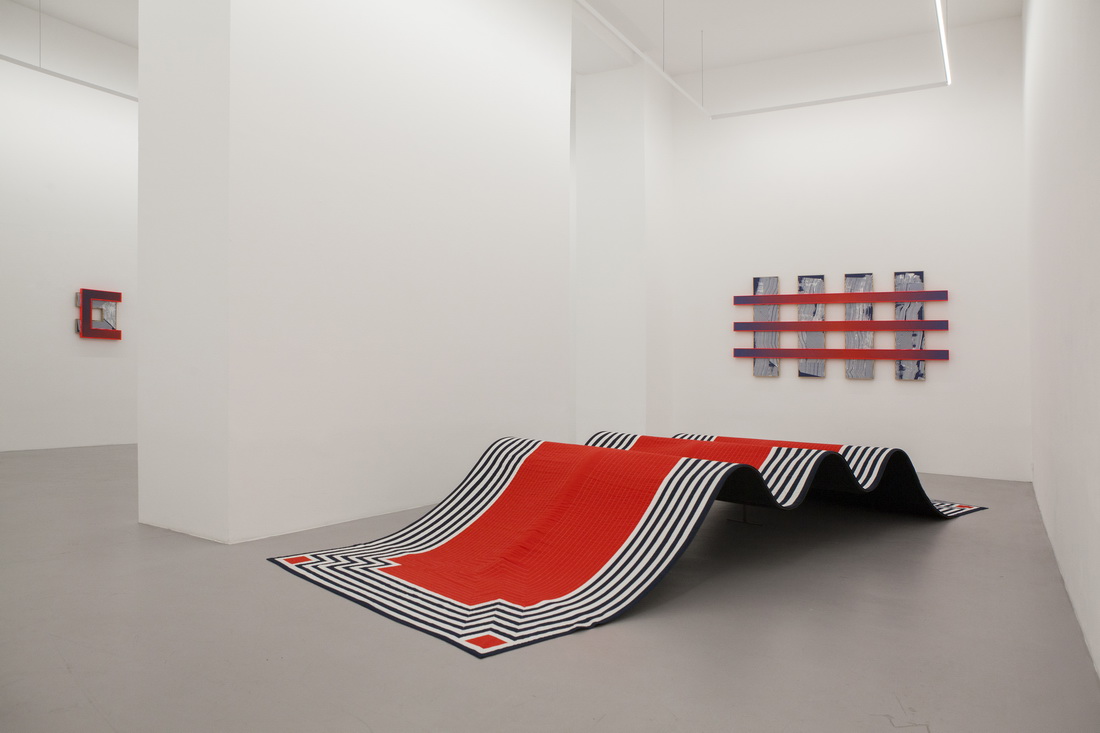 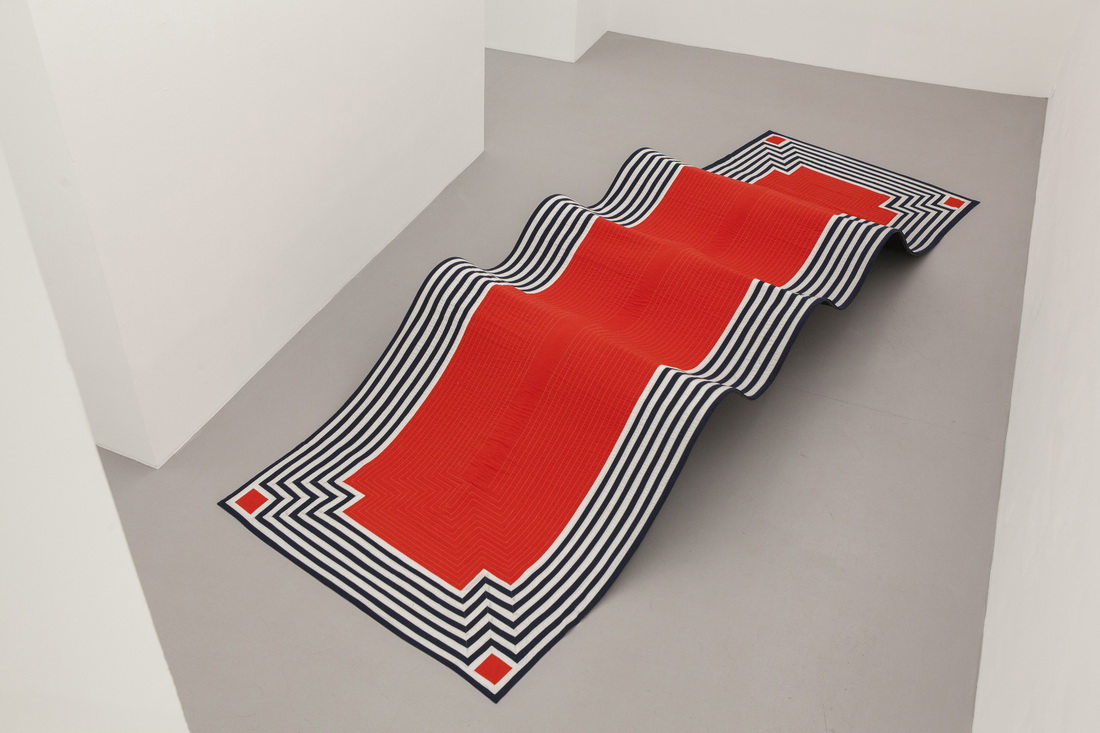 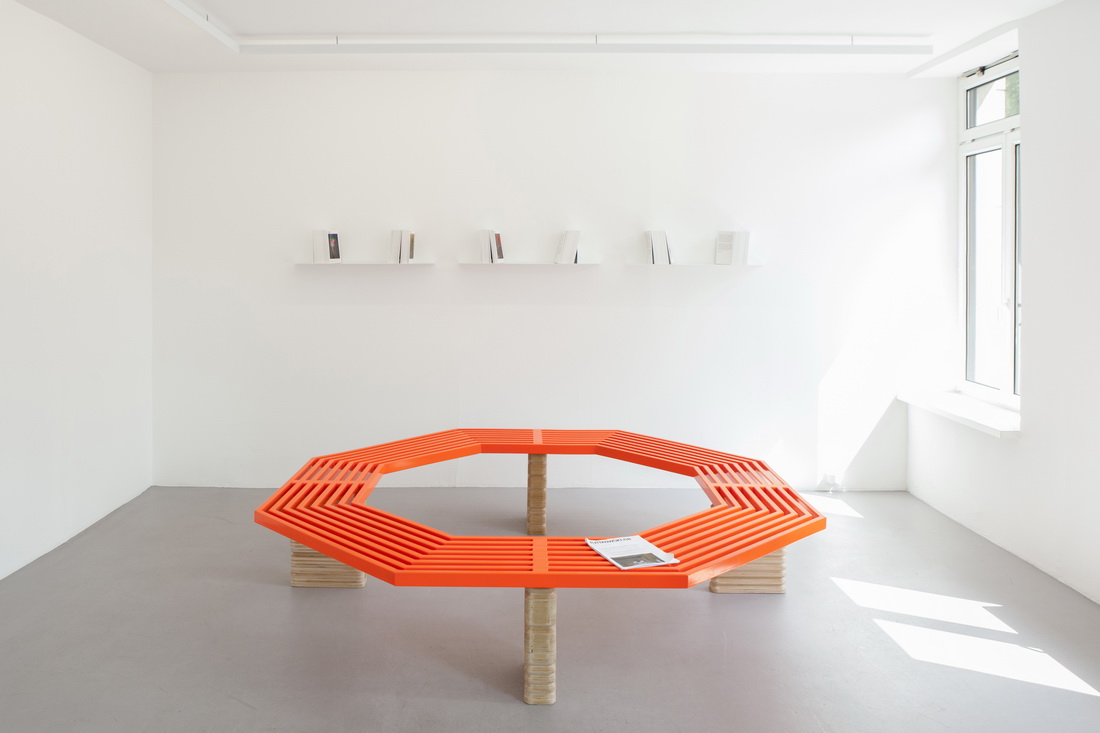 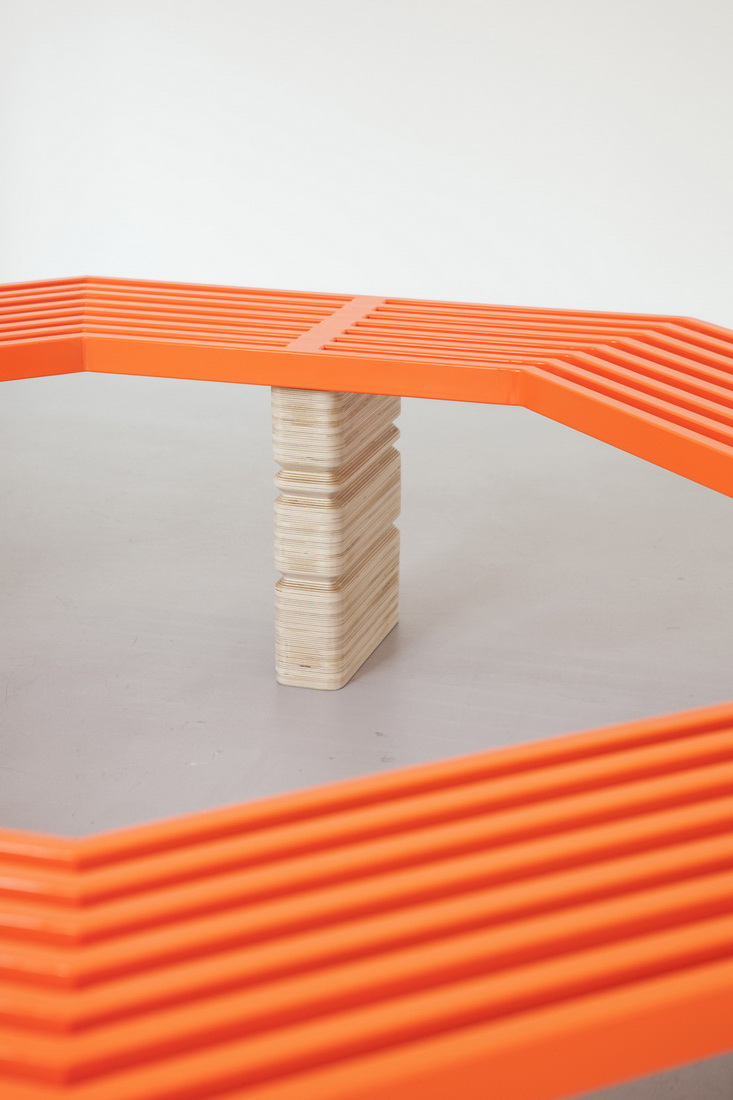 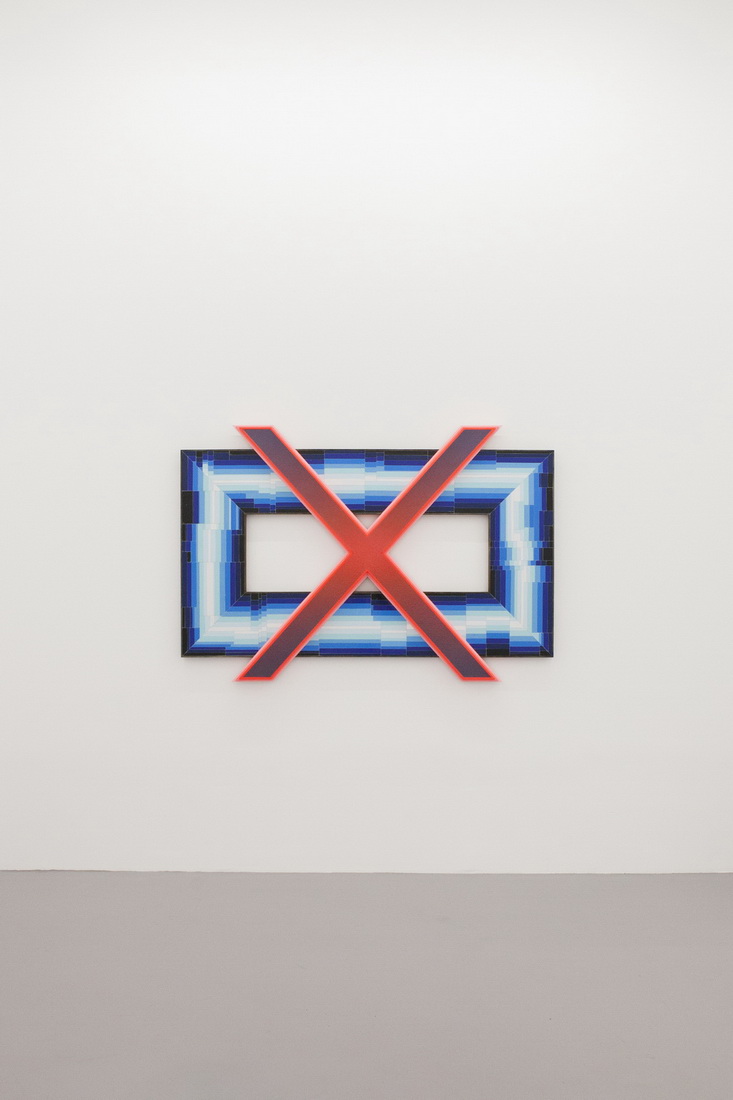