After painting the impressive Kaos Temple few months ago in Spain (covered), Okuda San Miguel recently got an opportunity to paint another place of worship, with the result being pretty impressive. Located in Youssoufia, Morocco, the church was completely covered with the imagery of the prolific Spanish artist for the Street Art Caravane event.

The finished work titled 11 Mirages to the Freedom consists of 11 main characters that are incorporated in the architectural sections of the building itself. With bright yellow as the background, Okuda covered the building with his geo shapes and familiar characters using a wide spectrum of vivid colors. Utilizing the elements of the building as part of his creation, windows are turned into bird cages, supporting walls are turned into a part of the image, while a large colorful bird dominates the front facade. With this work, the Madrid-based artists once again shows the power of his unique visual language and its effect when juxtaposed with an exotic surrounding or applied to unusual structure. From the Swiss Alps to painting inside and outside of churches, his portfolio is surely one of the most unusual ones among street artists. 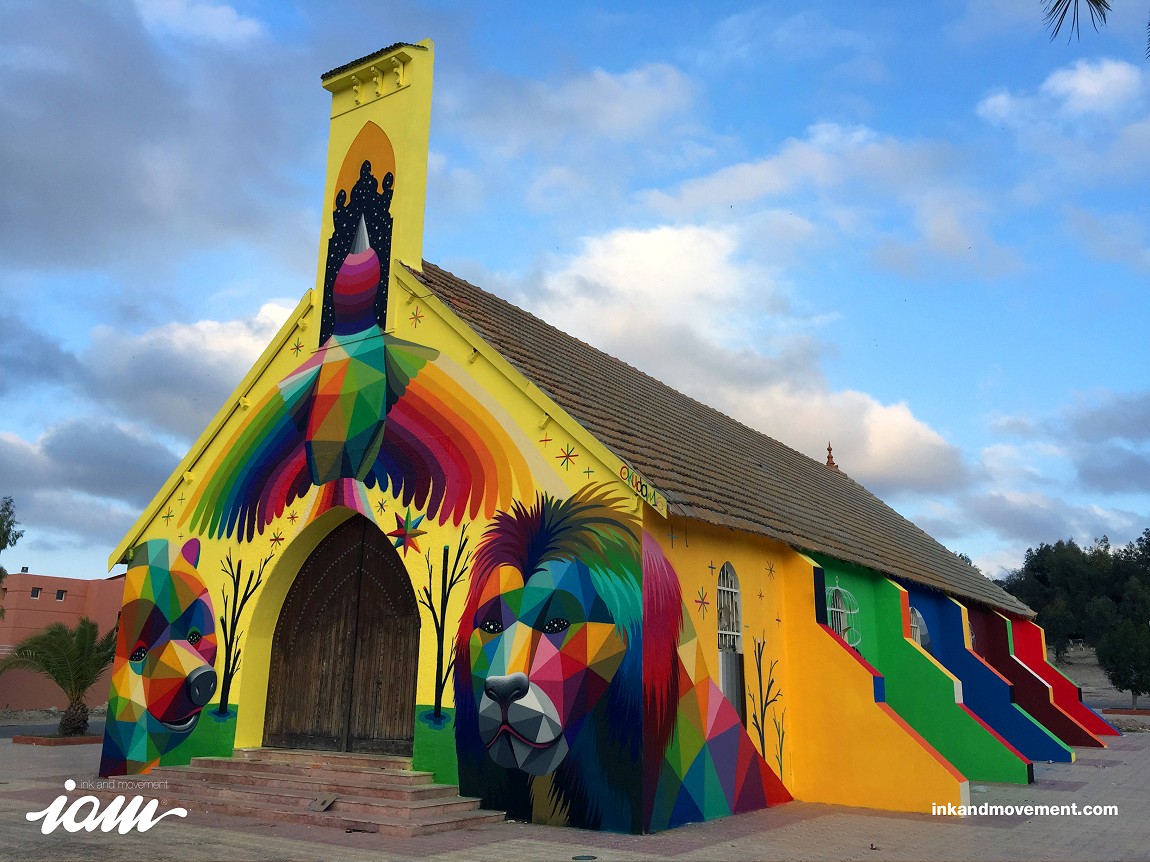 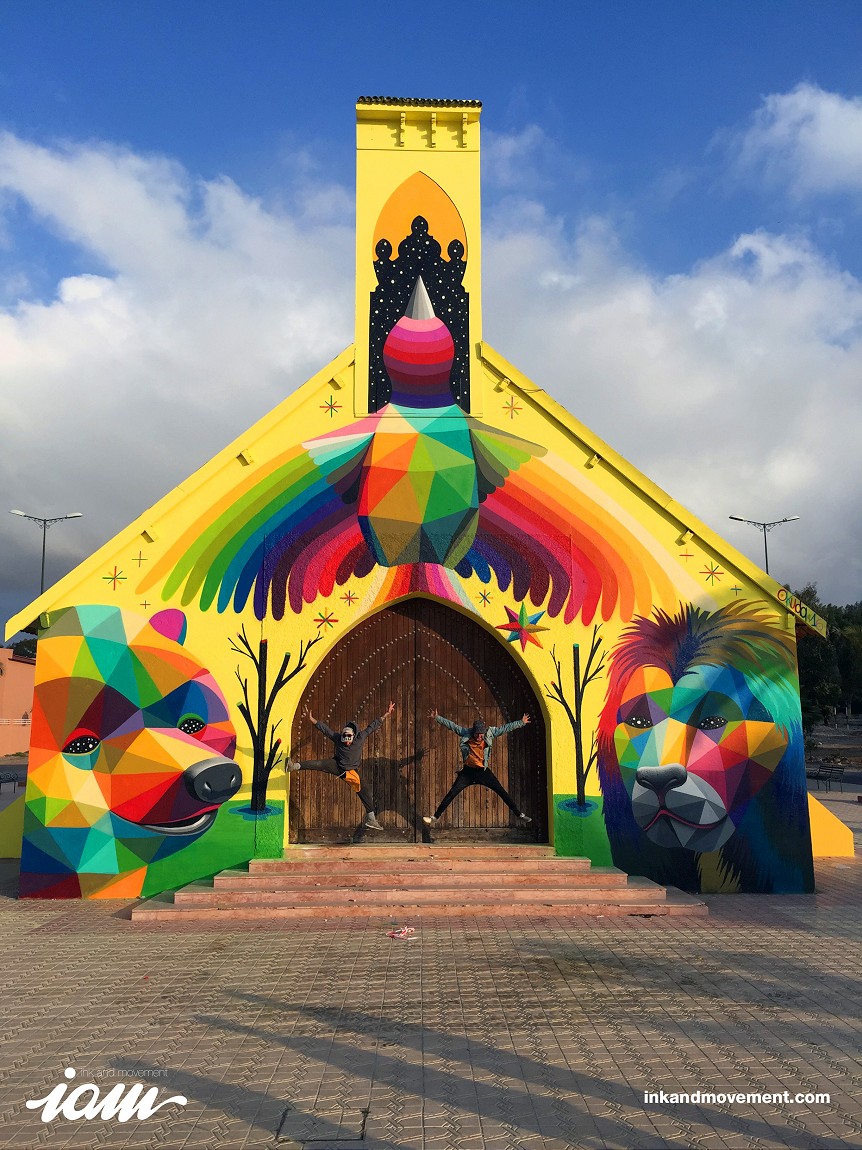 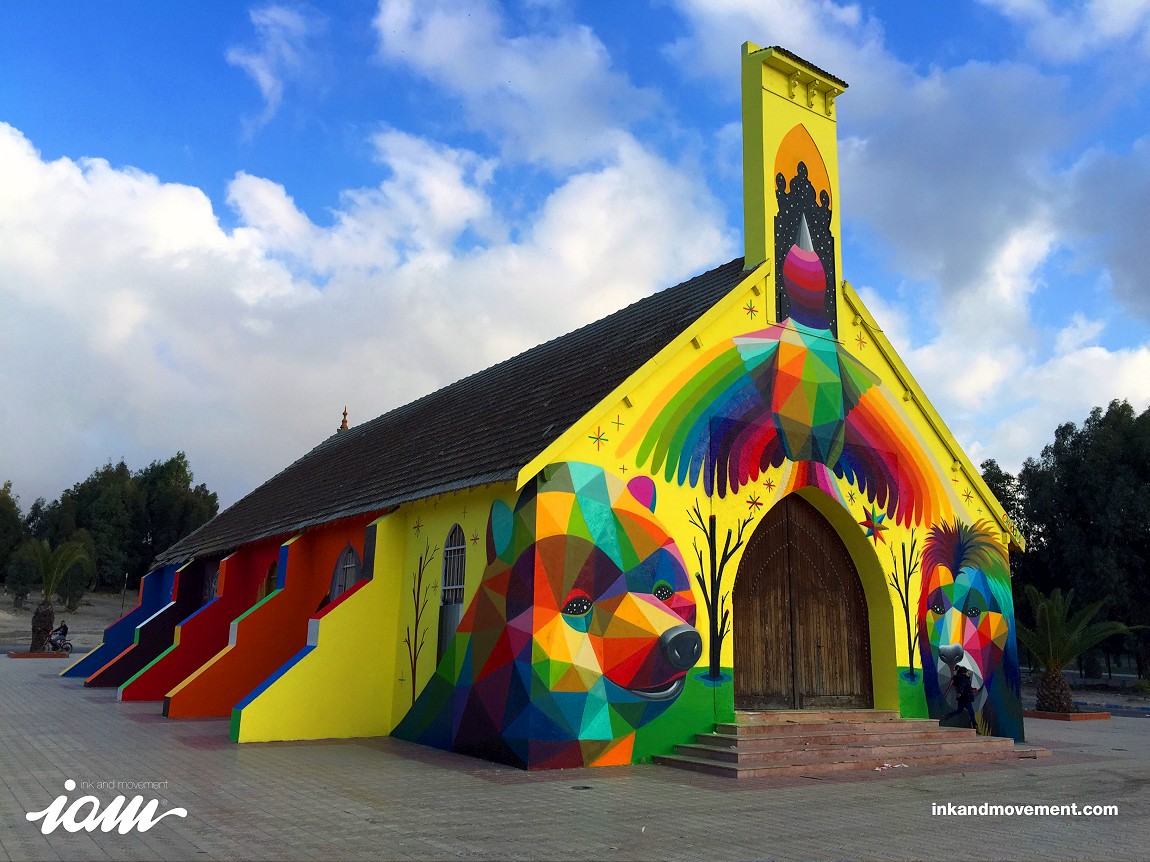 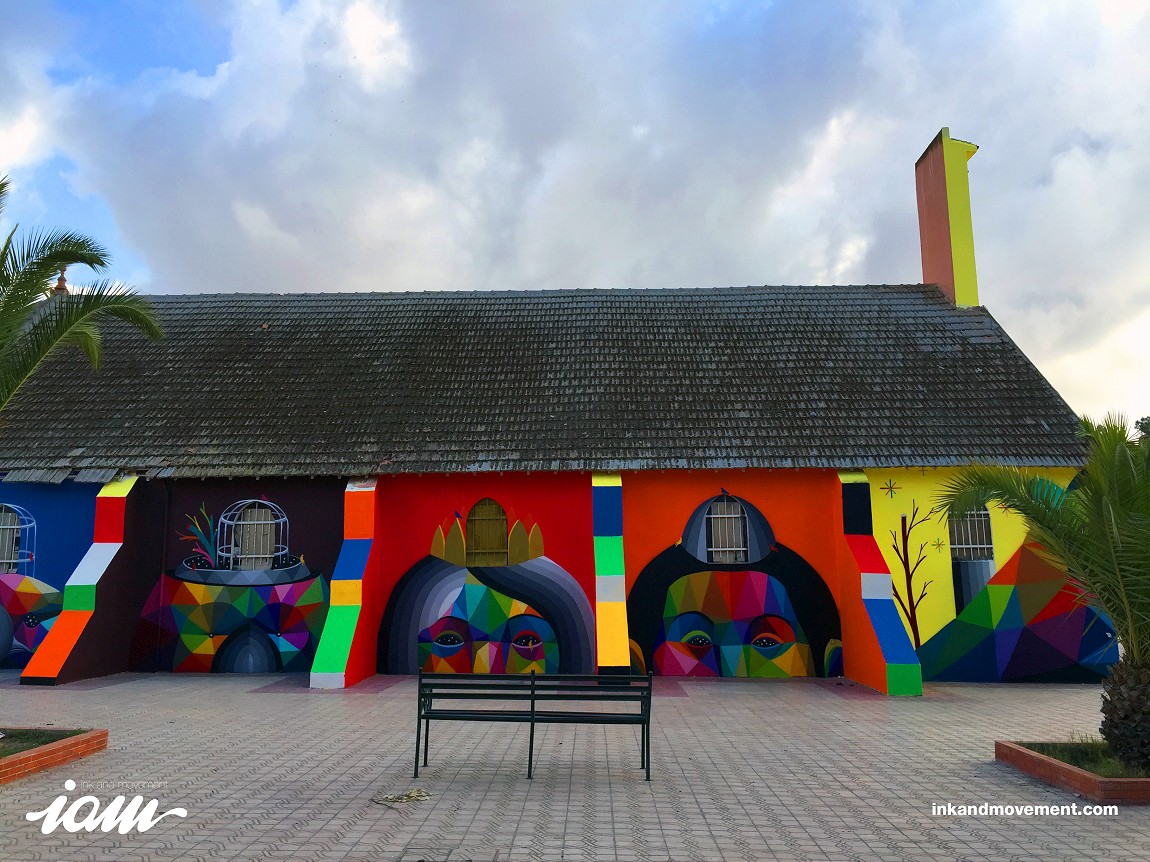 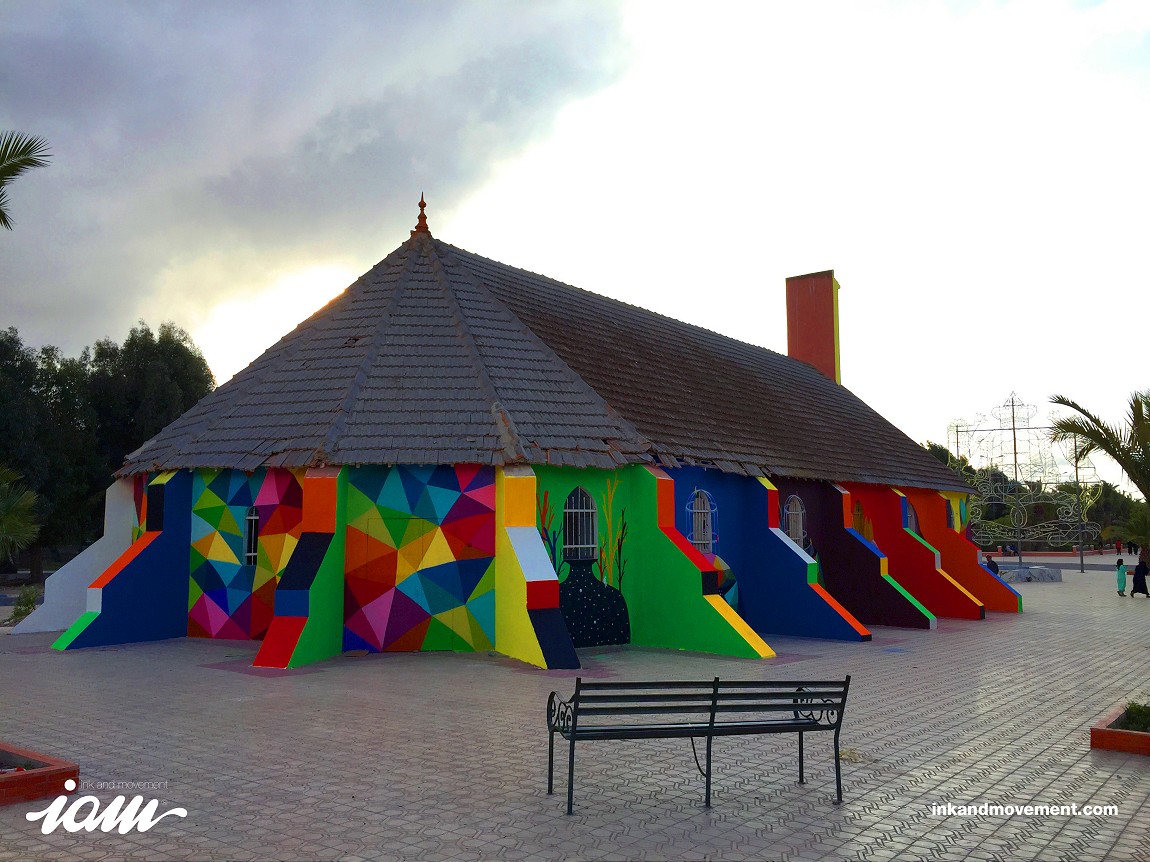 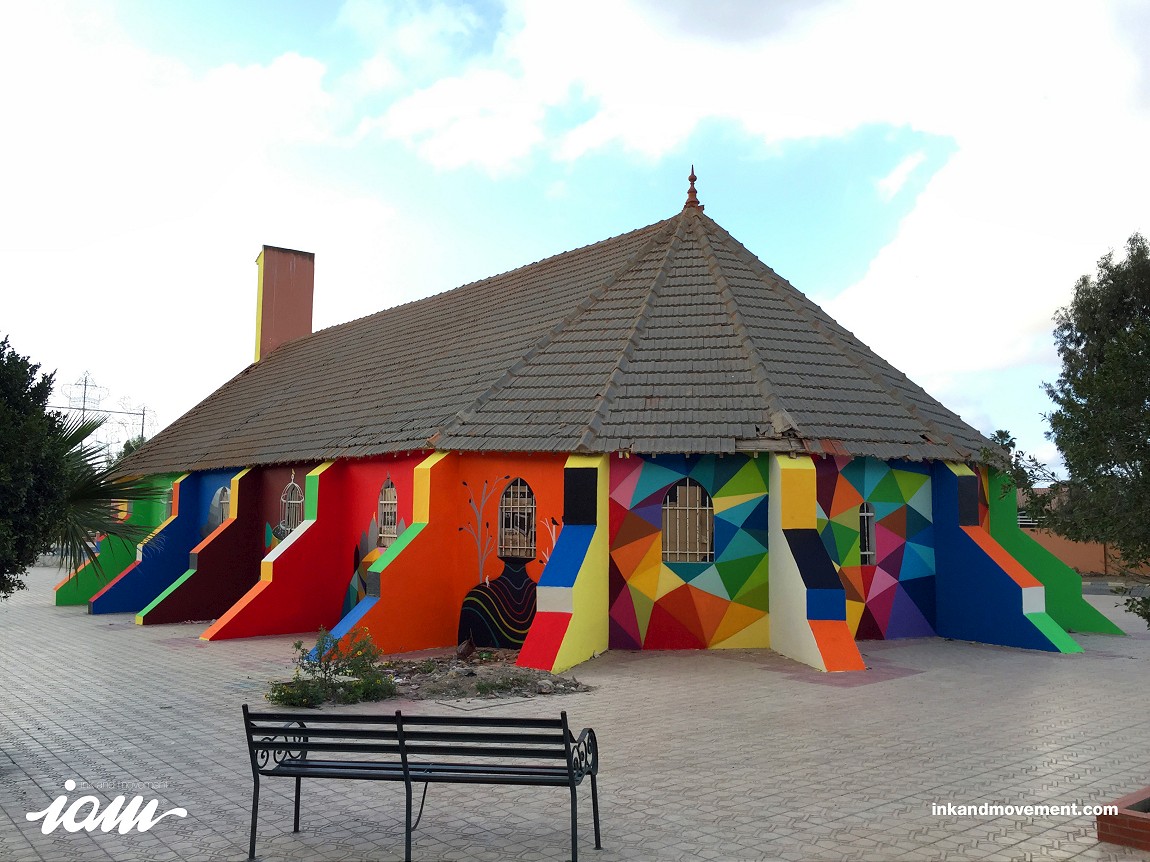 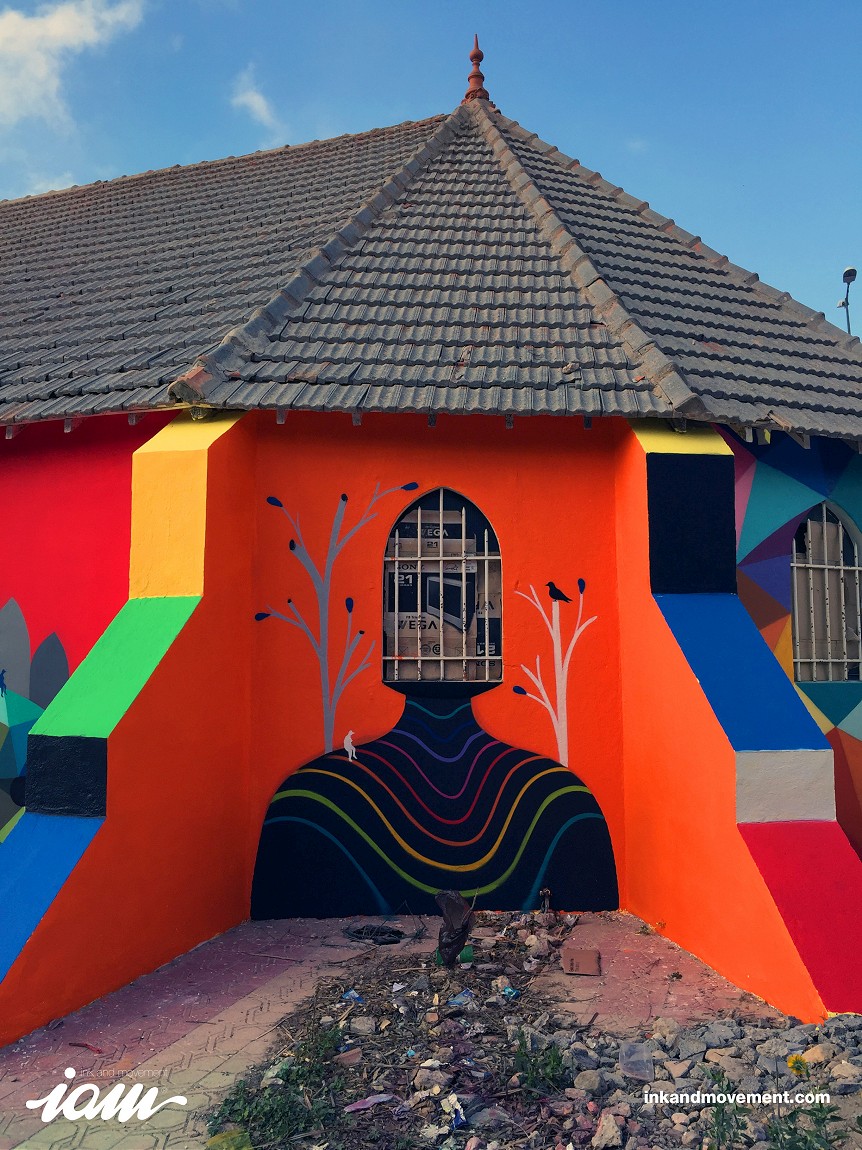 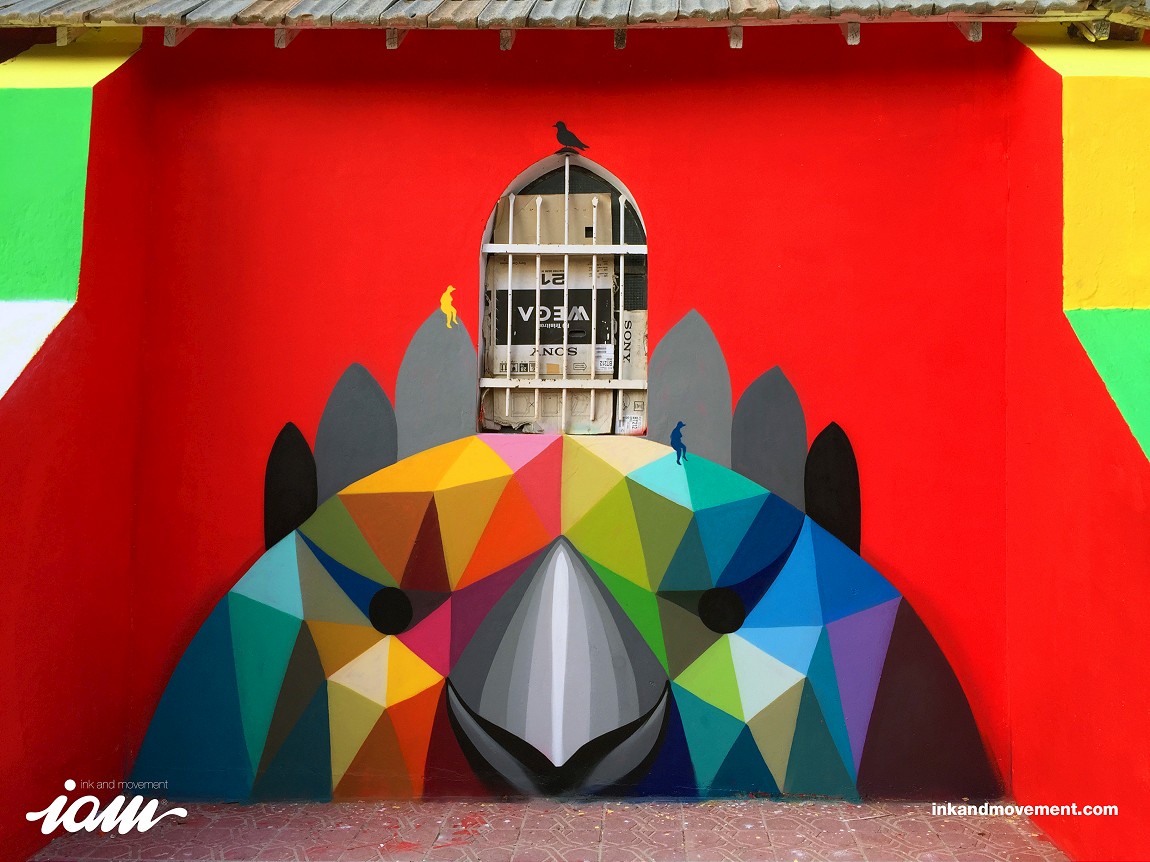