We’re wrapping our reporting from Nuart festival 2017 with the 2nd part of the recap of all the public works created through Stavanger for this year’s event. These pieces make it obvious that Nuart decided to challenge the common idea of “street art” by inviting both the veterans as well as young blood, in order to present a diversity of possibilities and approaches when creating public art.

One of the artists that definitely pushed that idea far beyond what’s familiar was Igor Ponosov with his Too Far, Too Close performance/installation piece. Russian artist stepped far away from Stavanger’s streets and alleys and created an eye chart sailing boat that was cruising around the bay during the duration of the festival. As a fan of absurd art he also created a simple mural that depicts a starting screen of a projector, commenting on the popularity of this device and the way it affects creative process of street artists nowadays. His fellow country man Slava Ptrk painted a stencil piece of a girl picking red flowers in the red flower field, cleverly utilizing the negative space of the facade in his work. Moscow-based artist also created an ironic textual piece by using glue and sand,  taking the ephemeral nature of public art to new levels. Speaking of textual work, Addam Yekutieli aka Know Hope spent few days interviewing locals about their personal heartbreak stories. He then wrote a series of citations from these testimonies around town, creating a network of statements that symbolize the global heartbreak of the city itself. Another artist that is heavily relying on the use of text and word play is ±MaisMenos±. For his 2nd visit to Nuart Portuguese artist created 2 separate pieces, one focused on the theme of the festival – “power”, and another one on city’s collapsing oil industry. The first piece was painted on the 3 walls of a large concrete stairway @ the city center’s parking garage, reading “MORE POWER” or “POWERLESS”, depending on the angle of reading, while the provocative 2nd piece simply spelled “OILYGARCHY”, written in massive scale on the old docks. Finally, German-based Vermibus took his add-busting tools around town and cleaned it from adds, occasionally replacing them with his own creations done with solvents on existing posters. Stripped of any logos, these reworked images feature celebrities and fashion icons turning into nightmarish creatures with dripping faces or missing features, questioning the popular idea of beauty and perfection. 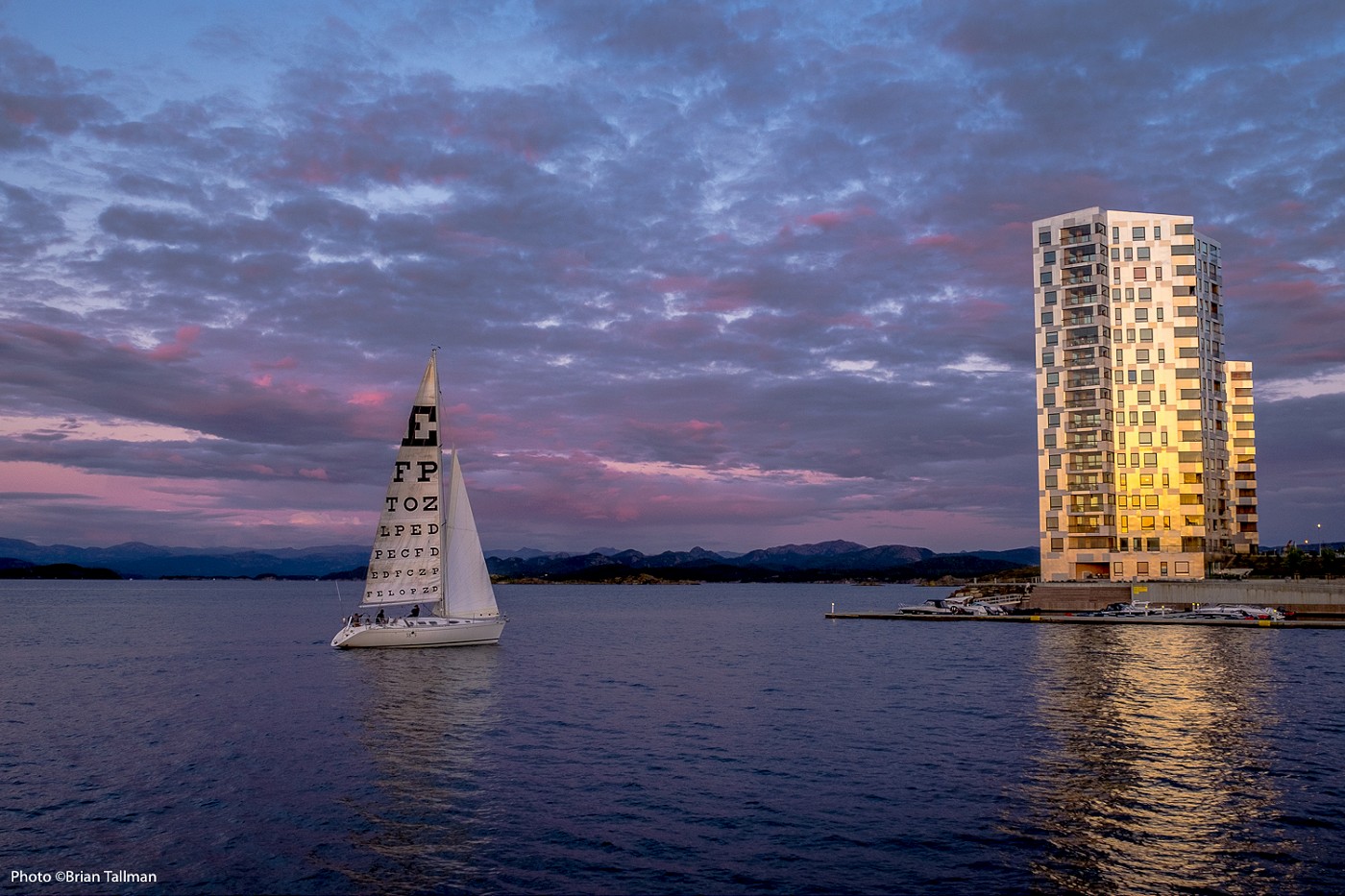 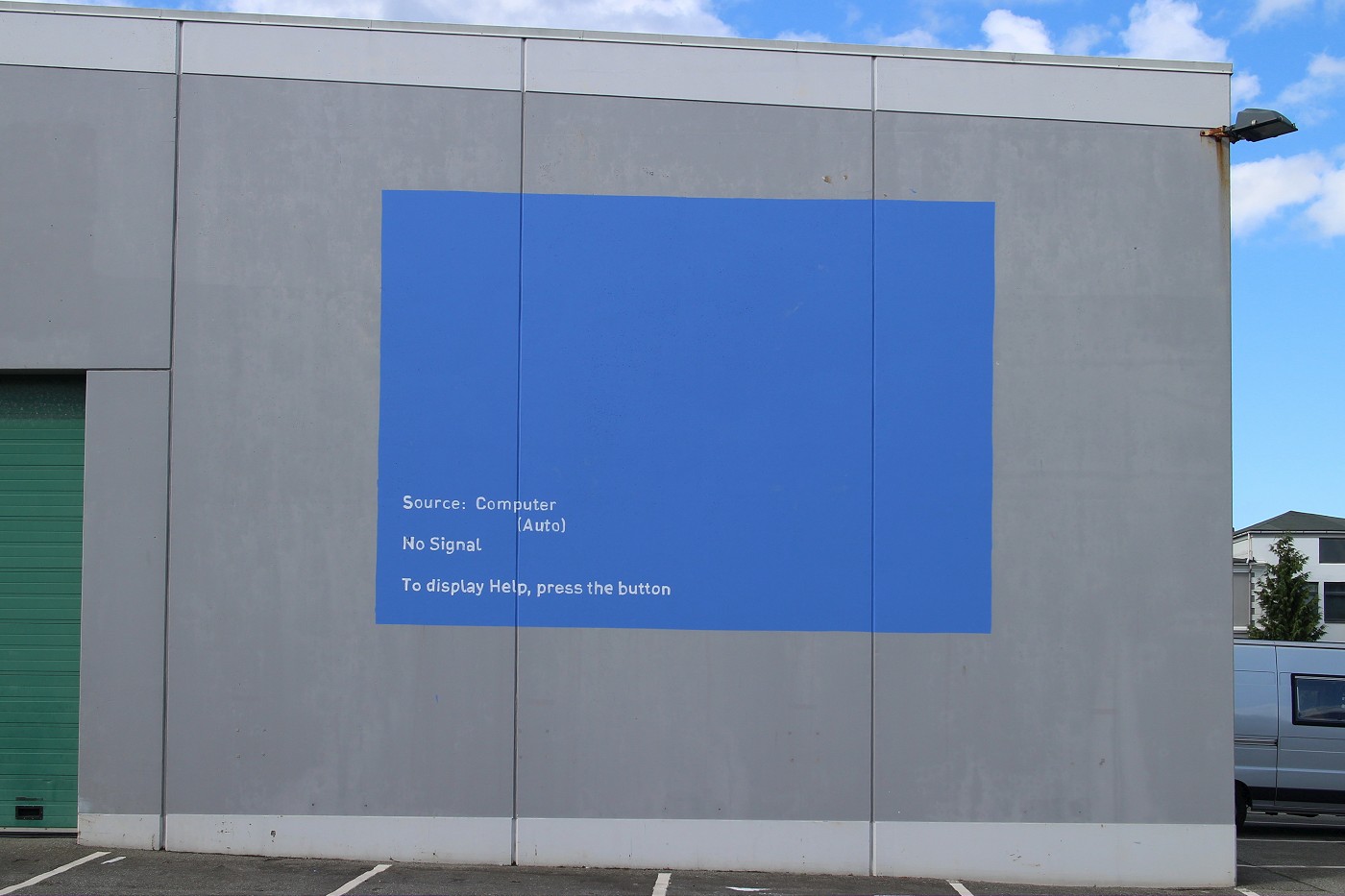 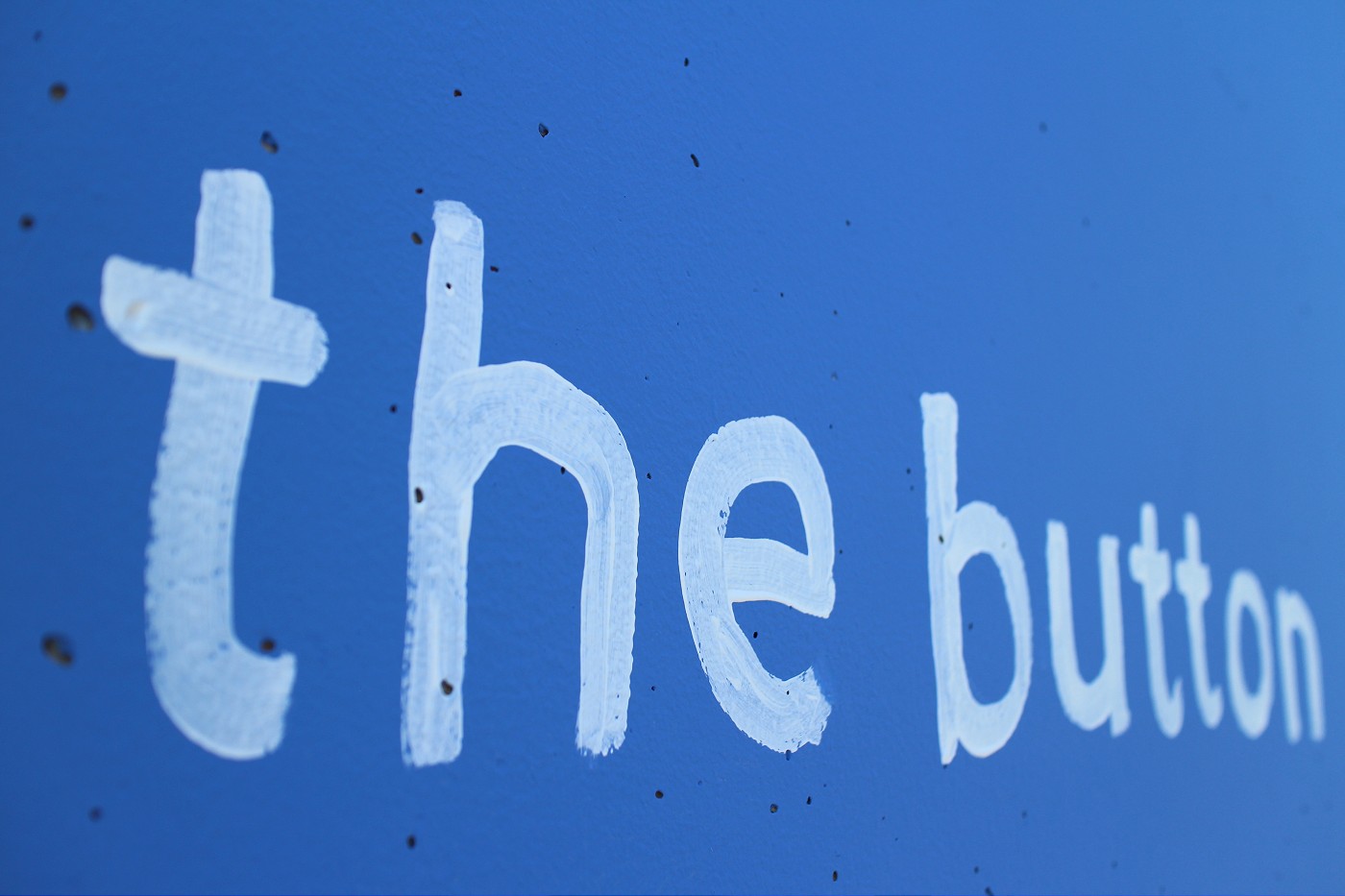 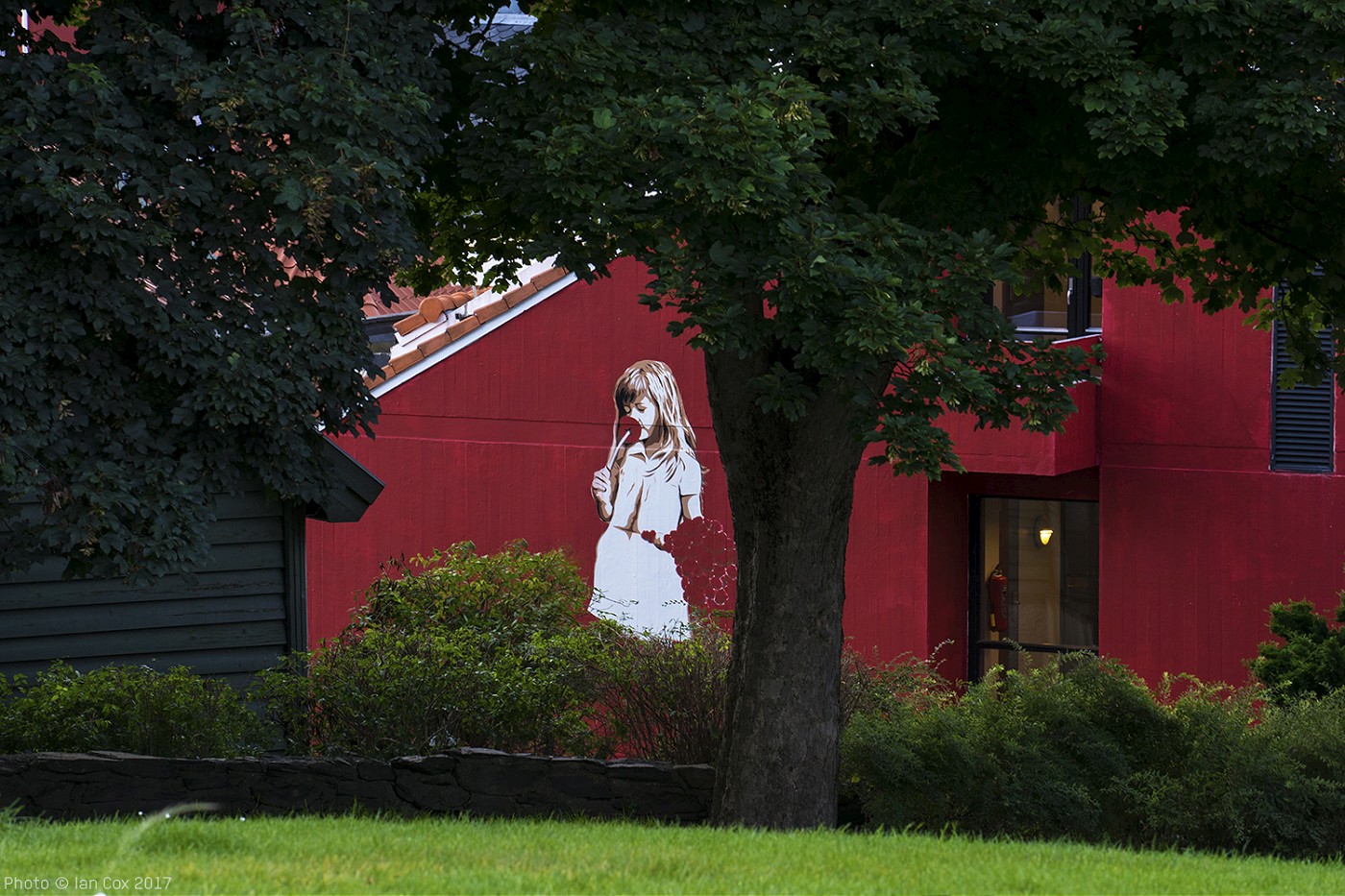 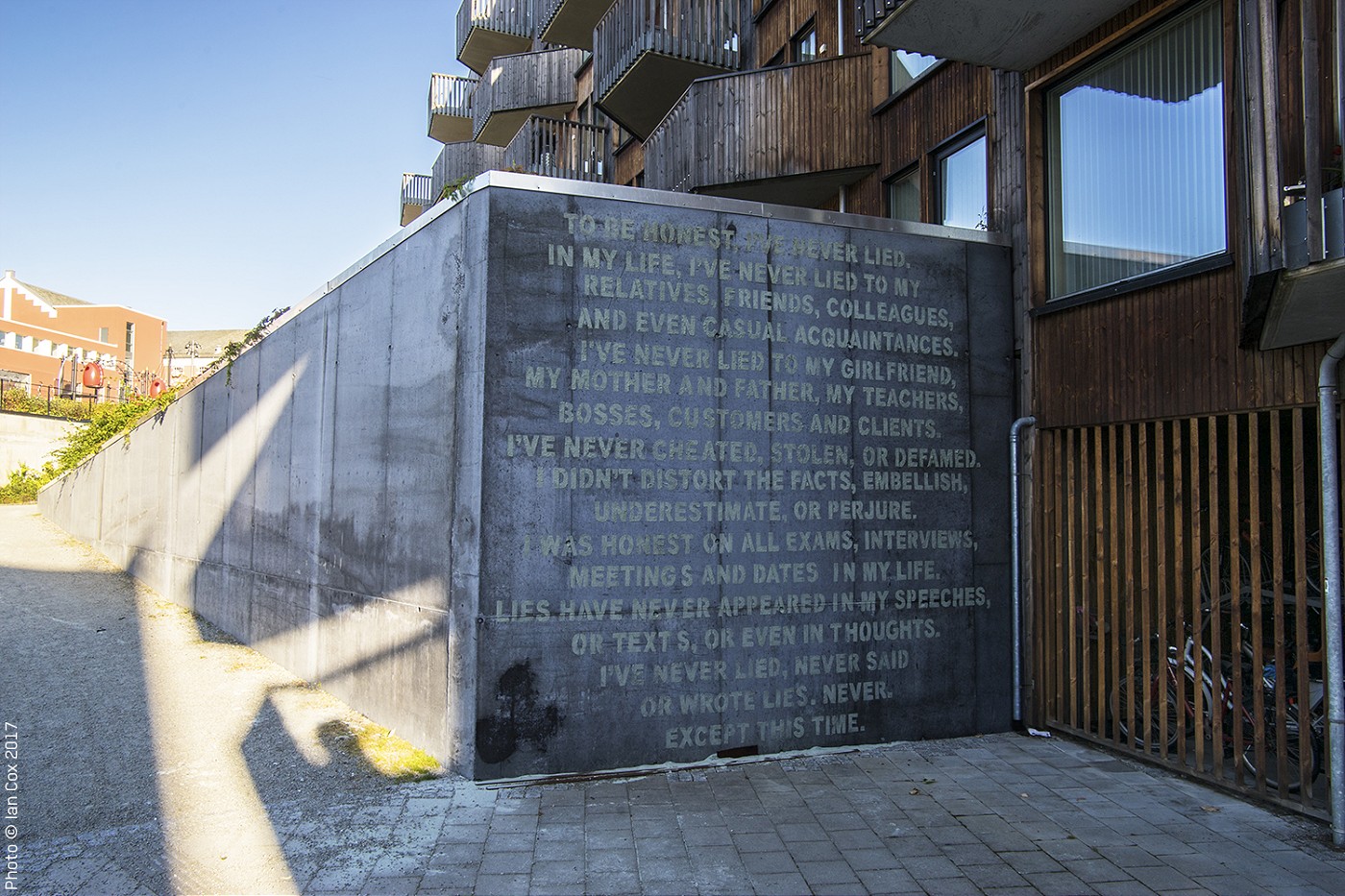 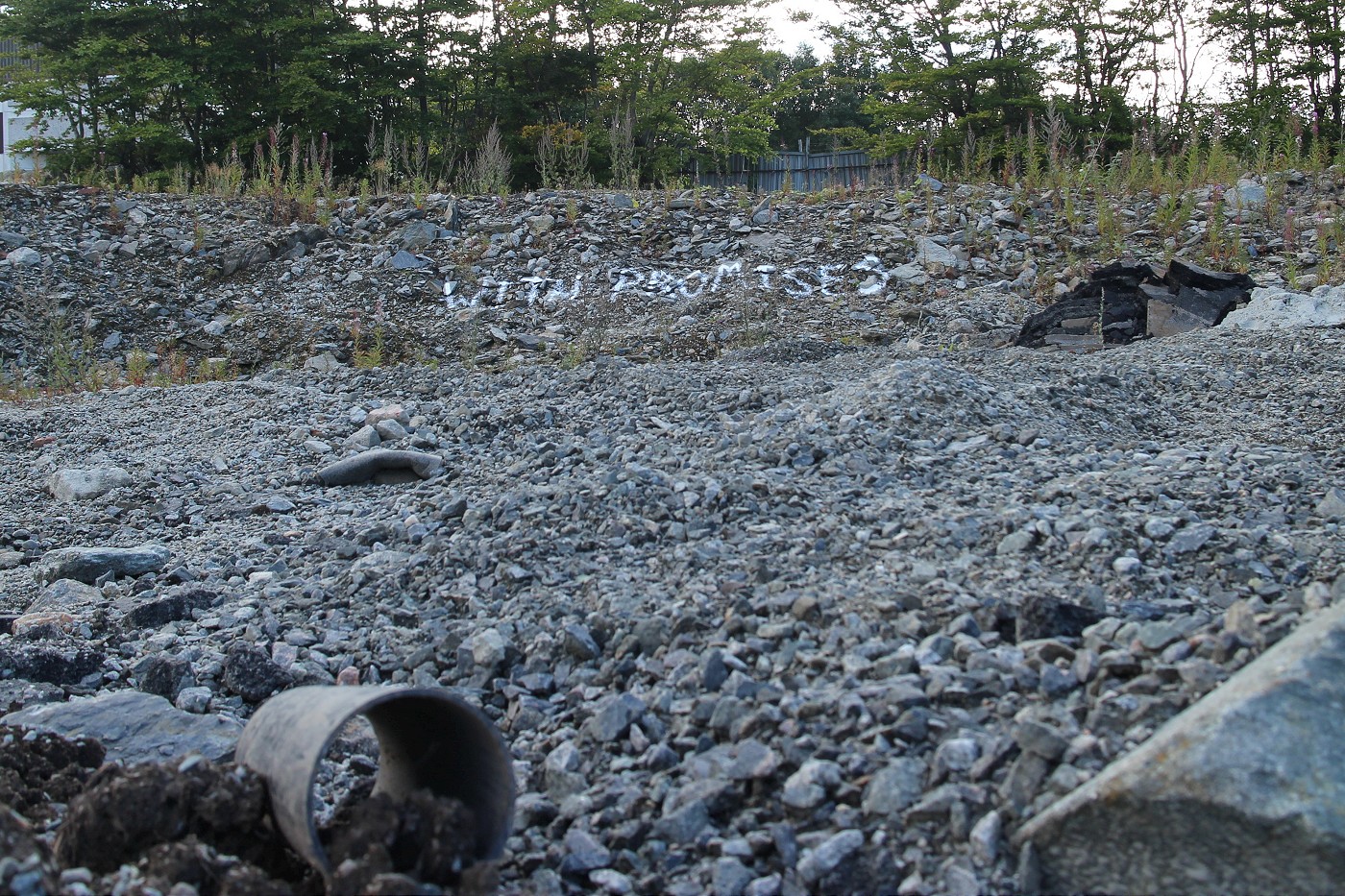 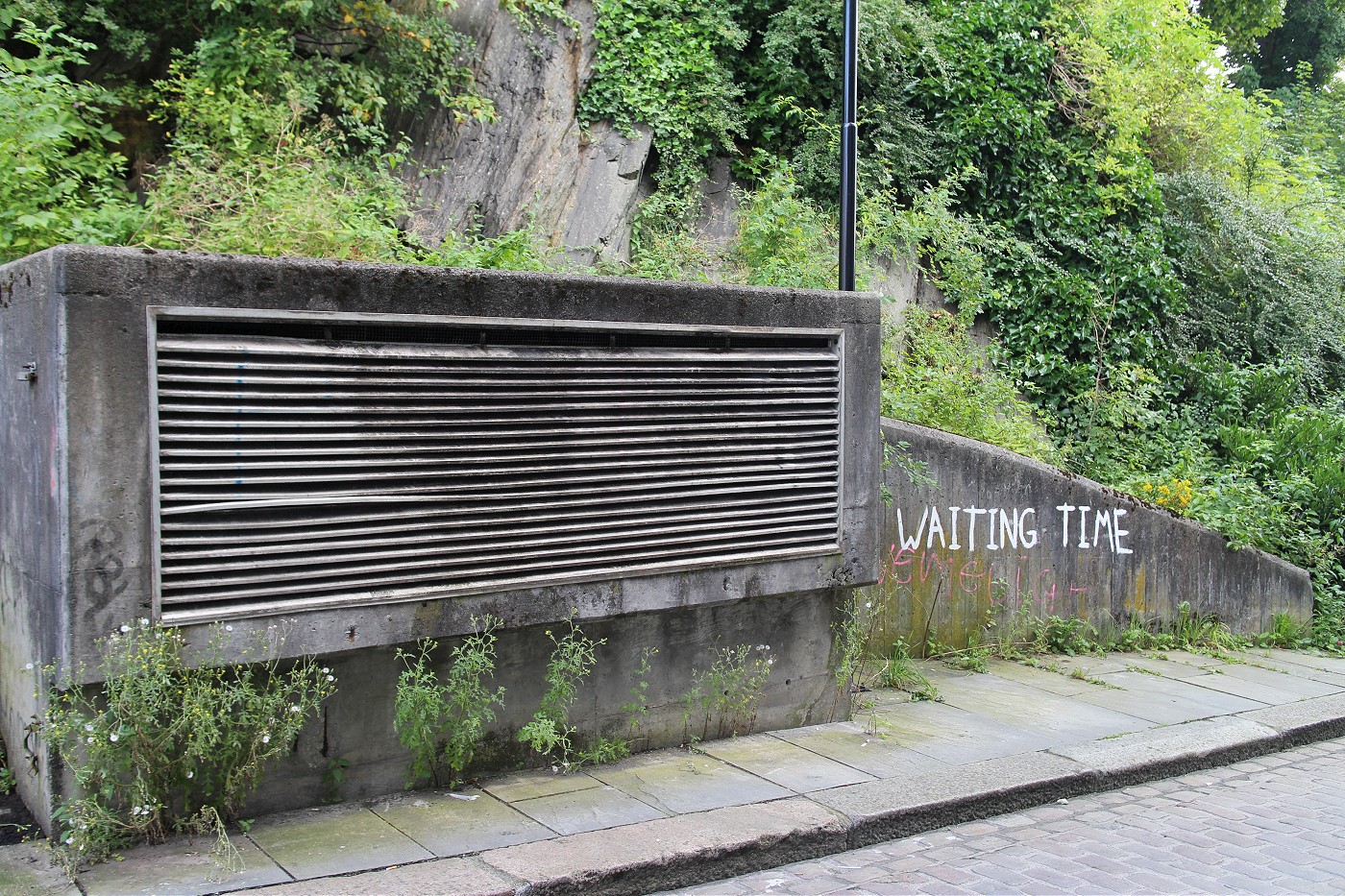 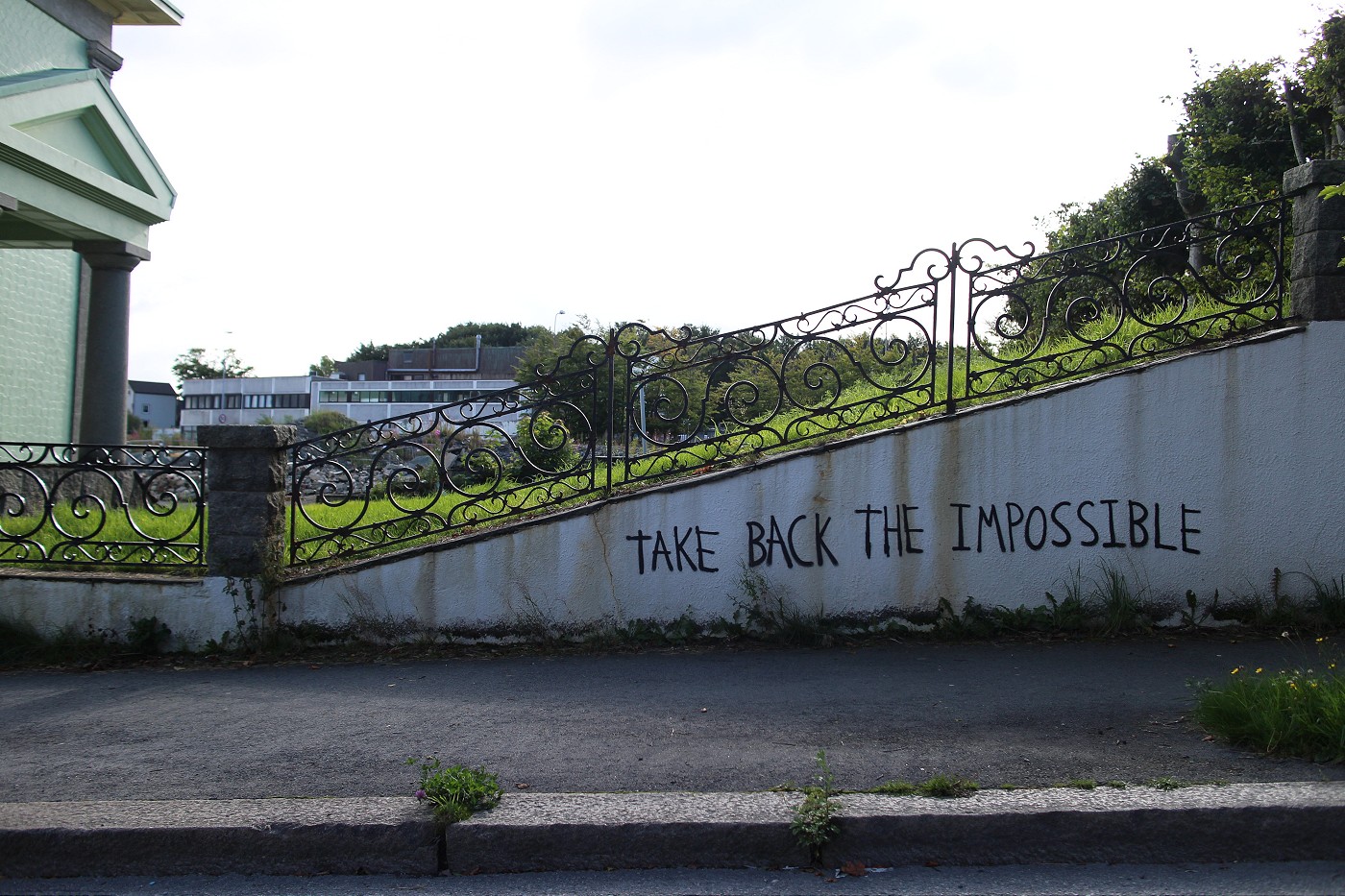