The official opening of the Urban Nation Museum this weekend in Berlin turned the entire area into an open-air art gallery with an extensive program that included performances, workshops, show acts and more. For this event, the organizers managed to shut a section of the bustling Bülowstrasse and turn it into an art venue called Art Mile. This part of the museum inauguration included the most exceptional works that the curators and artists produced for the Berlin’s latest art institution. Beneficial both for the museum as well as the artists, this initiative allowed them to try working in larger scale than usual as well as try some new techniques.

The results are some of the most groundbreaking pieces seen from the artists, such as Seth Globepainter‘s 3.5m high sculpture of William Tell’s son Walter, one of the legendary characters from Germanic folklore. Another piece that showed a whole new creative side is a large installation by Icy & Sot who created an iron plate cutout of a refugee family. With additional barbed wire covered with flowers, this poetic piece continues their series addressing the worldwide refugee crisis and the way that Western countries are dealing with it. Borondo created one of the most effective pieces by scratching different layers of glass and creating a moving image by exposing them to stroboscopic light. Portuguese artist Bordalo II created two of his large animal sculptures constructed from waste, while Argentinian Franco Fasoli introduced the latest hybrid creation from his large sculptural series. Berlin-based Herakut constructed a complex sculptural installation featuring some of their signature characters, and DotDotDot installed a golden shutter door as a celebration of a graffiti writer’s favorite urban canvas. Along with these installations, the Art Mile section hosted a street crochet performance by Olek and her team, transforming making art from a solitary act into a collective adventure. The works were displayed in this open air section only this weekend, after which some of them will be moved inside museum as a part of its permanent collection. 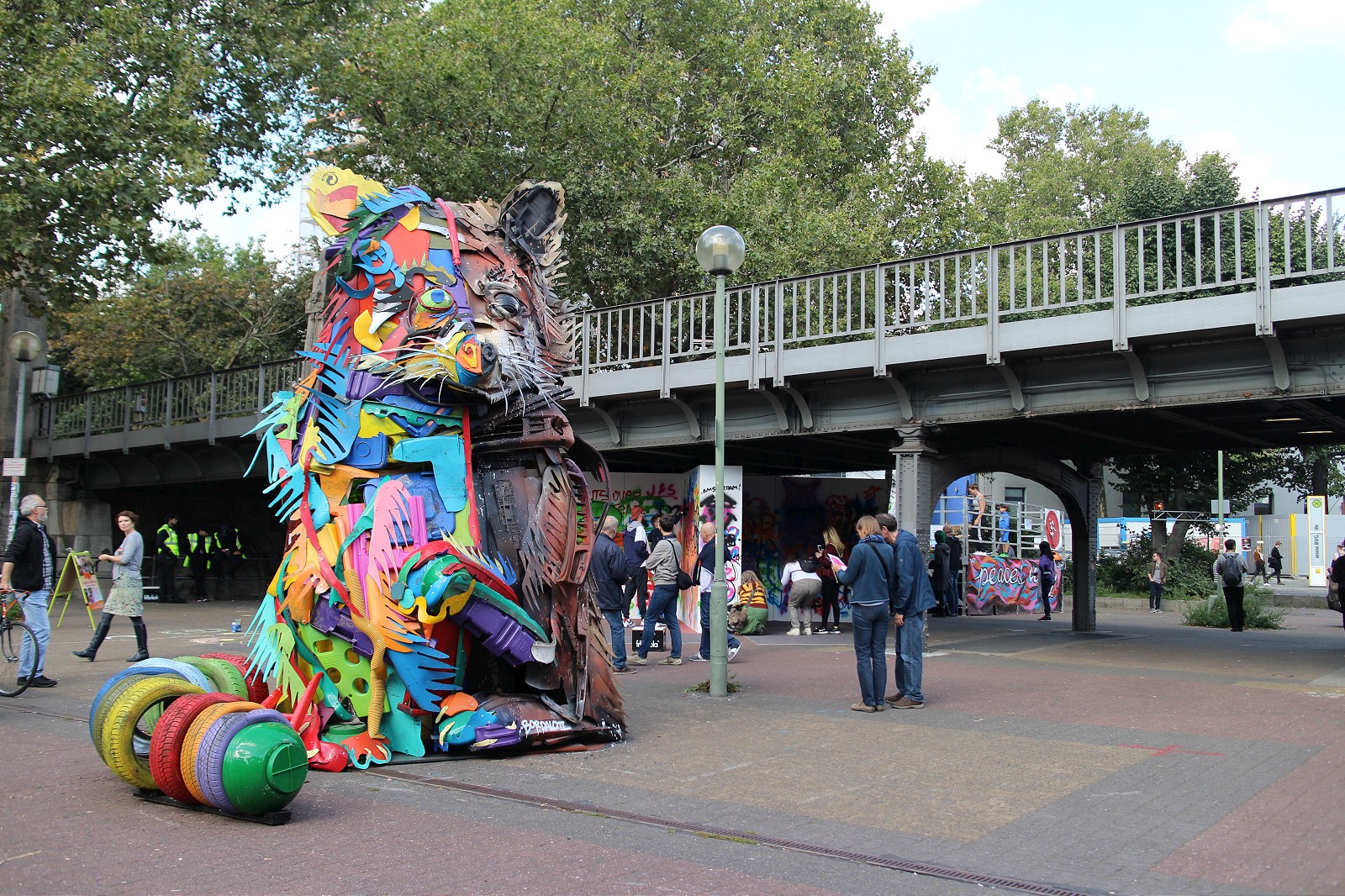 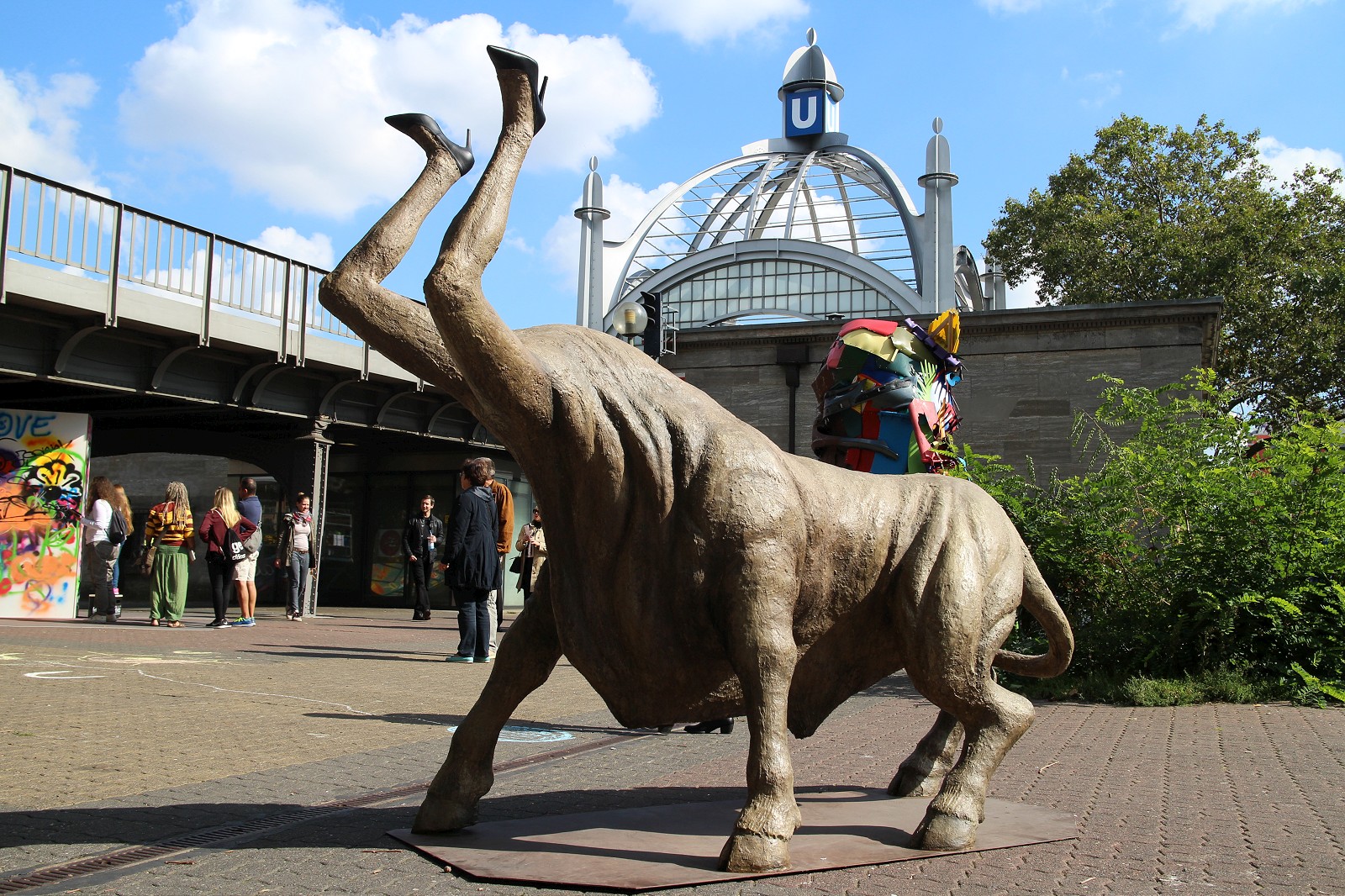 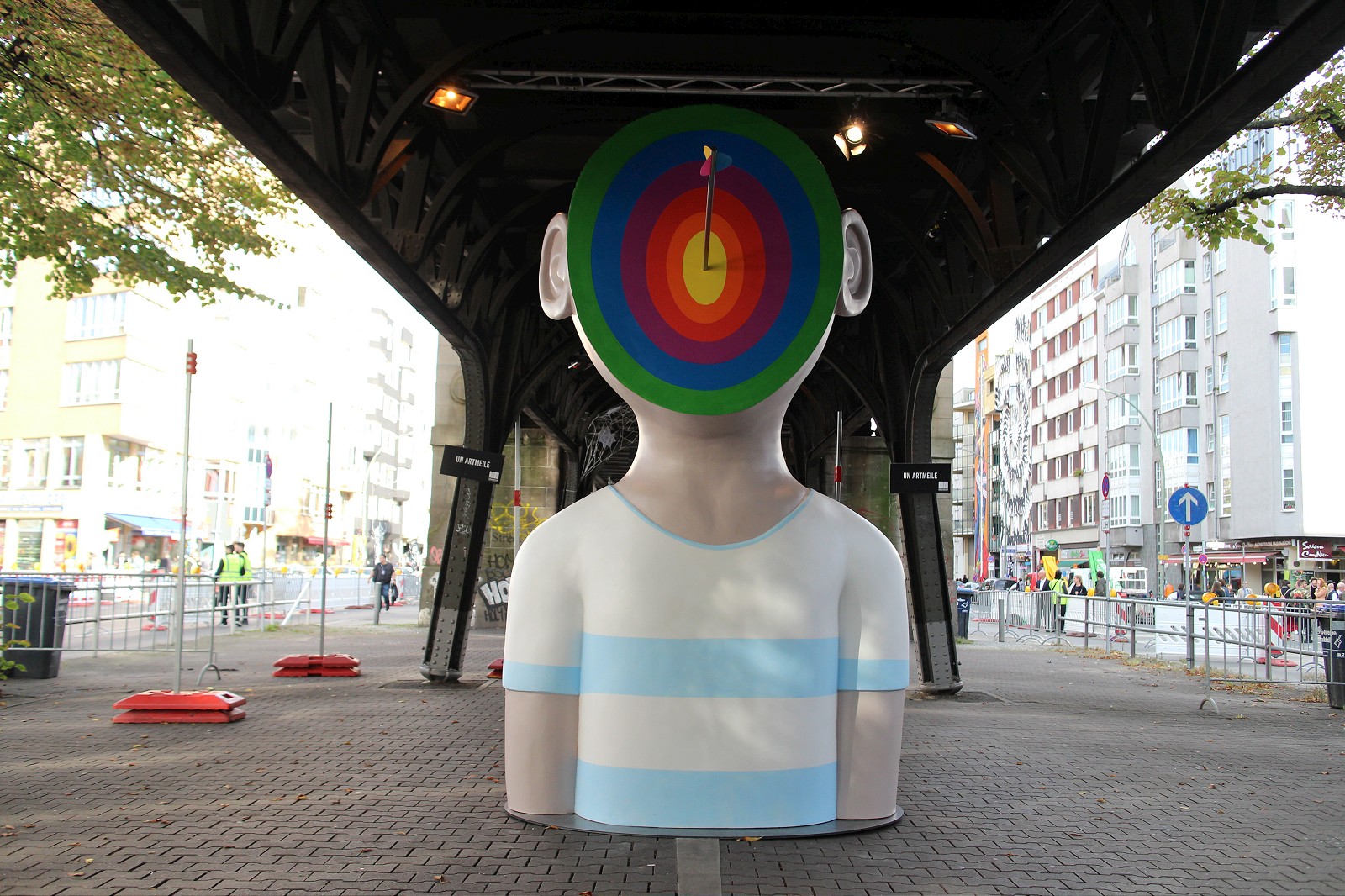 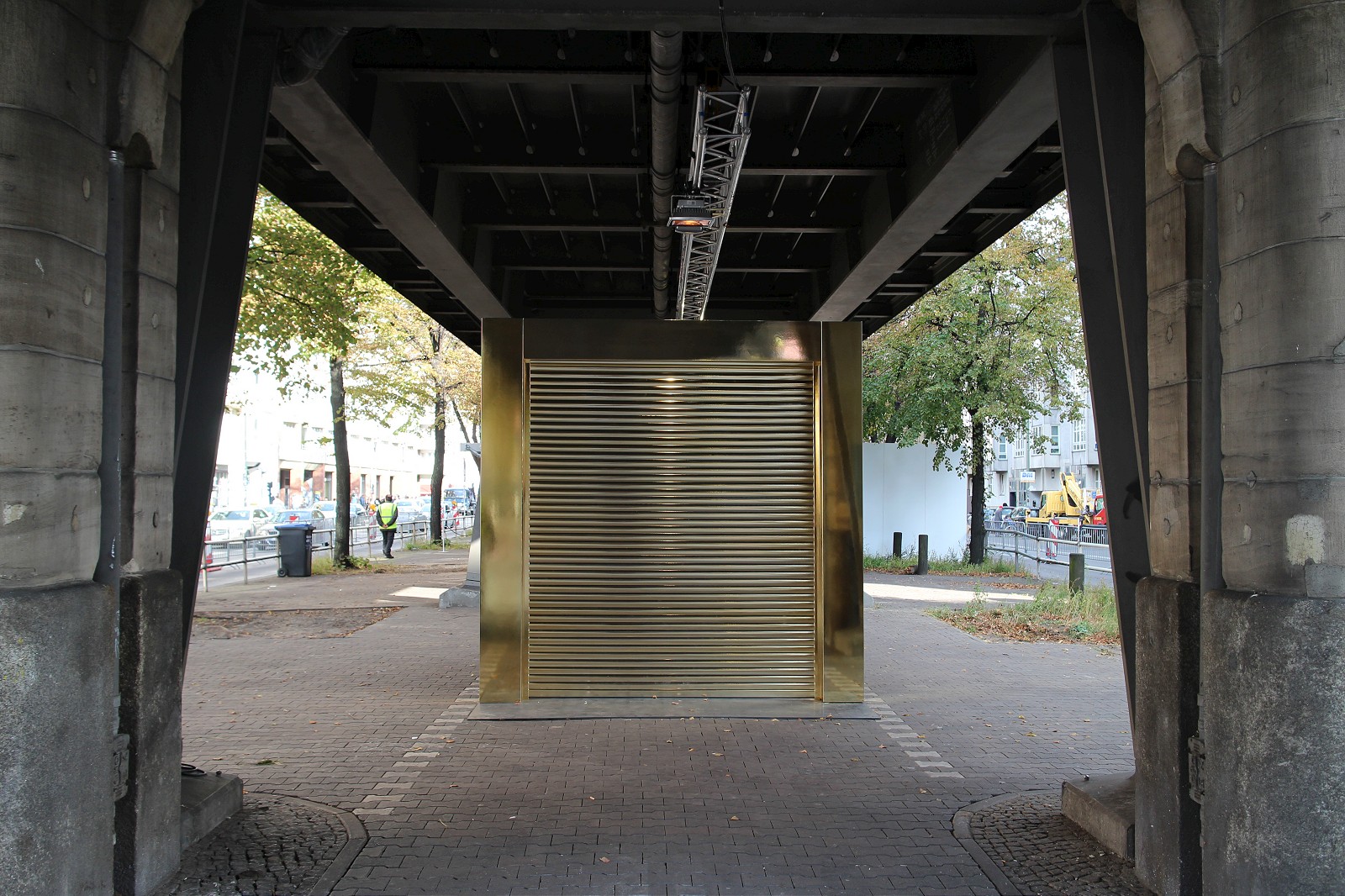 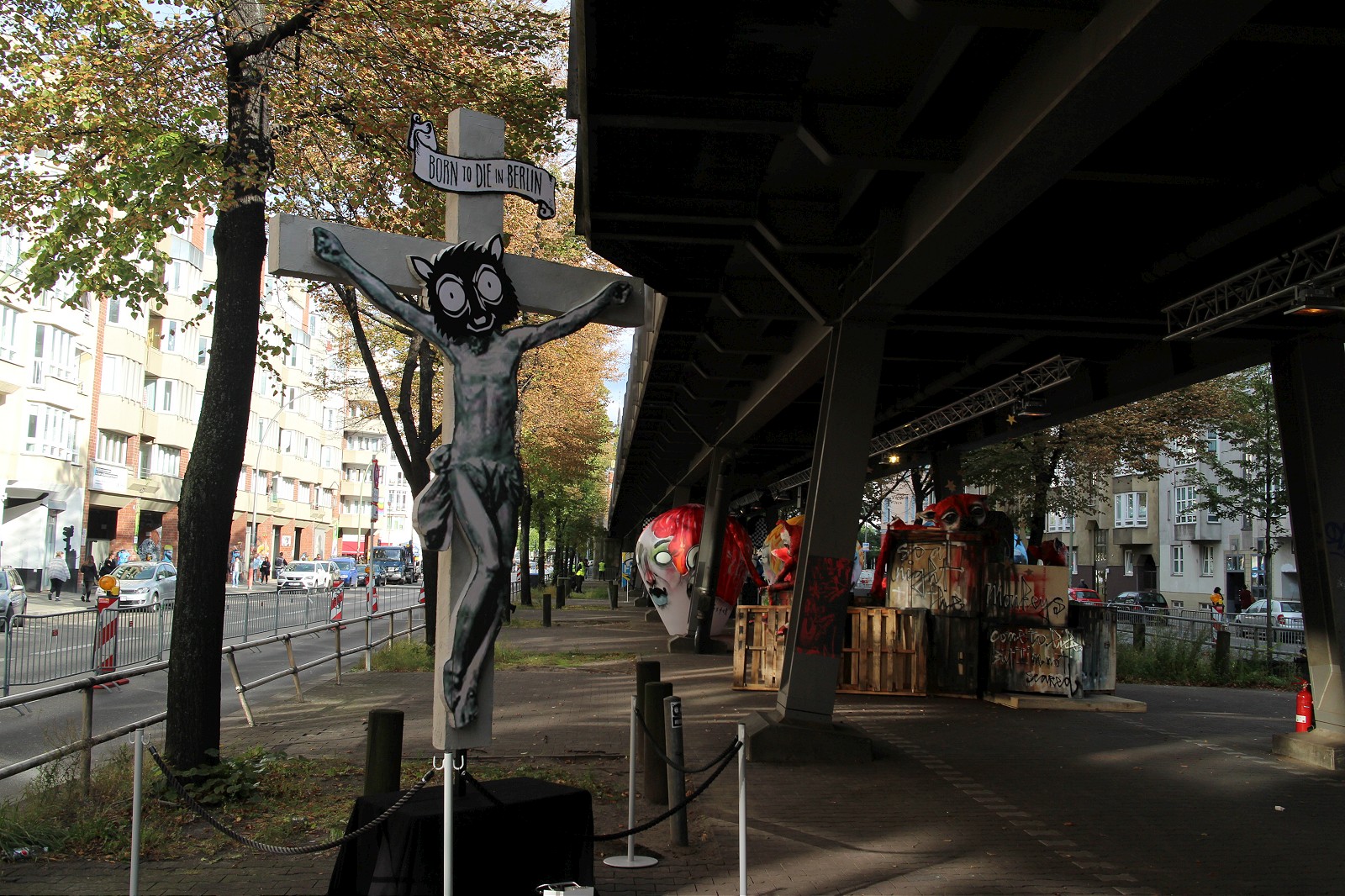 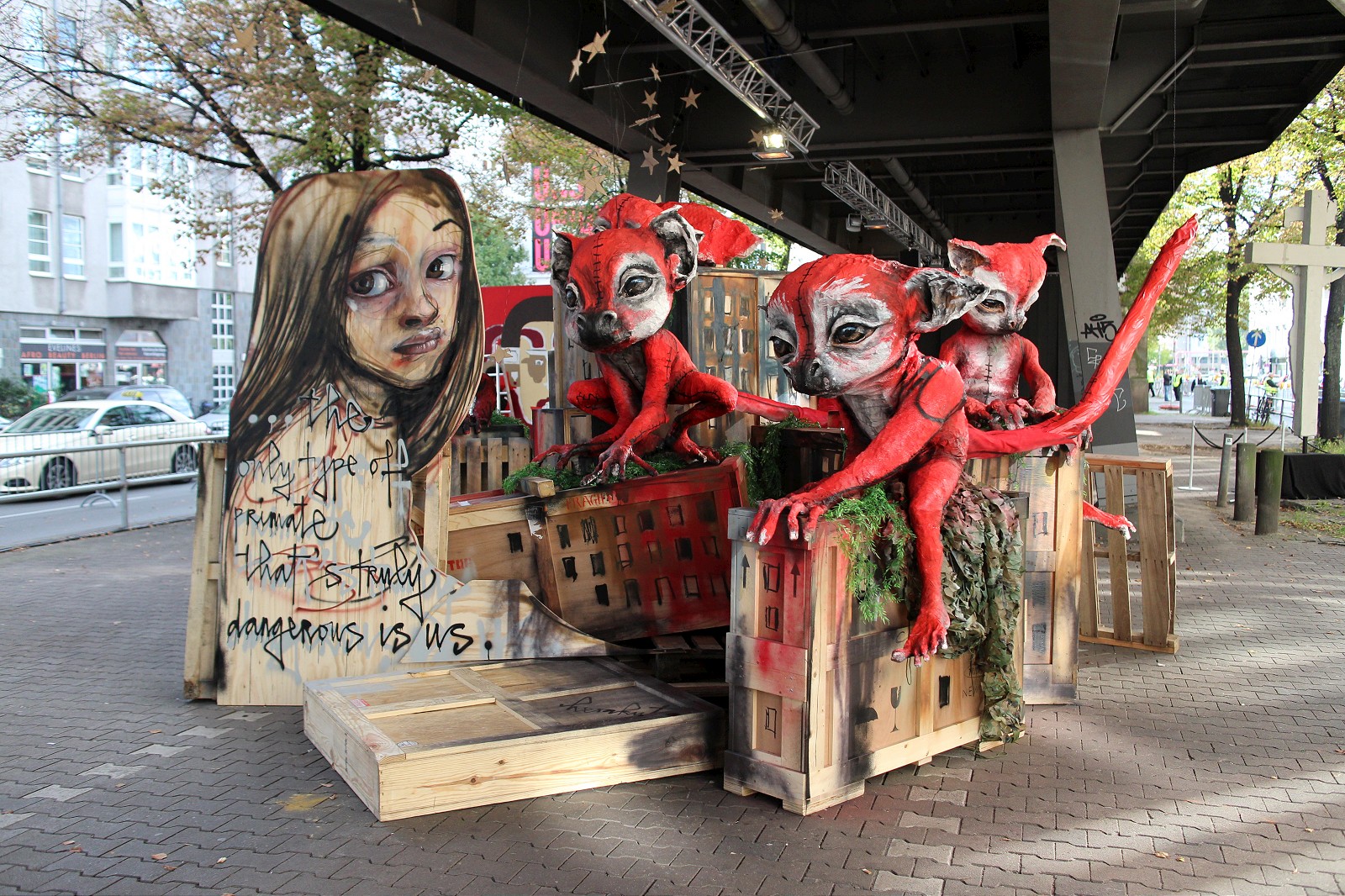 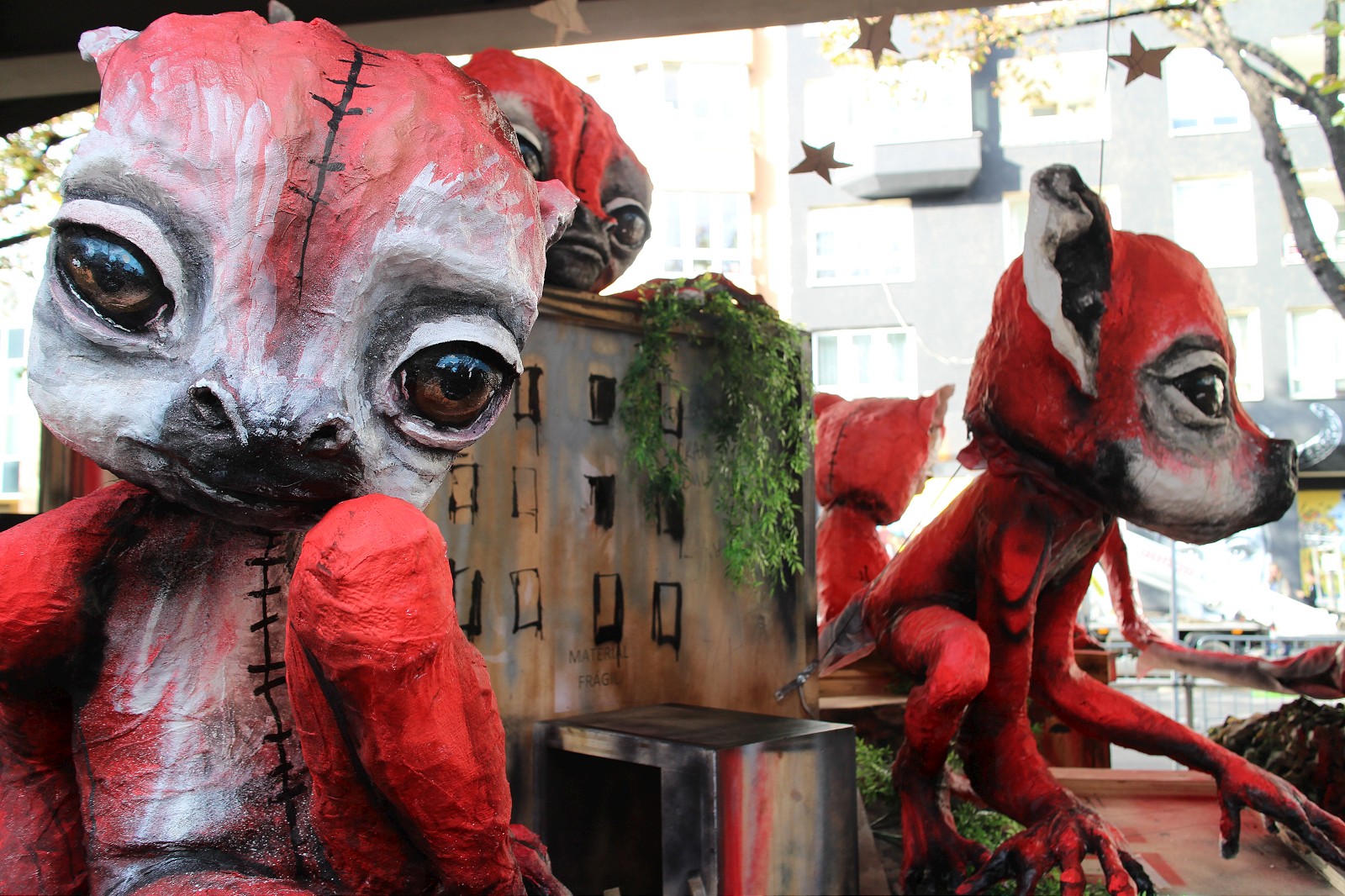 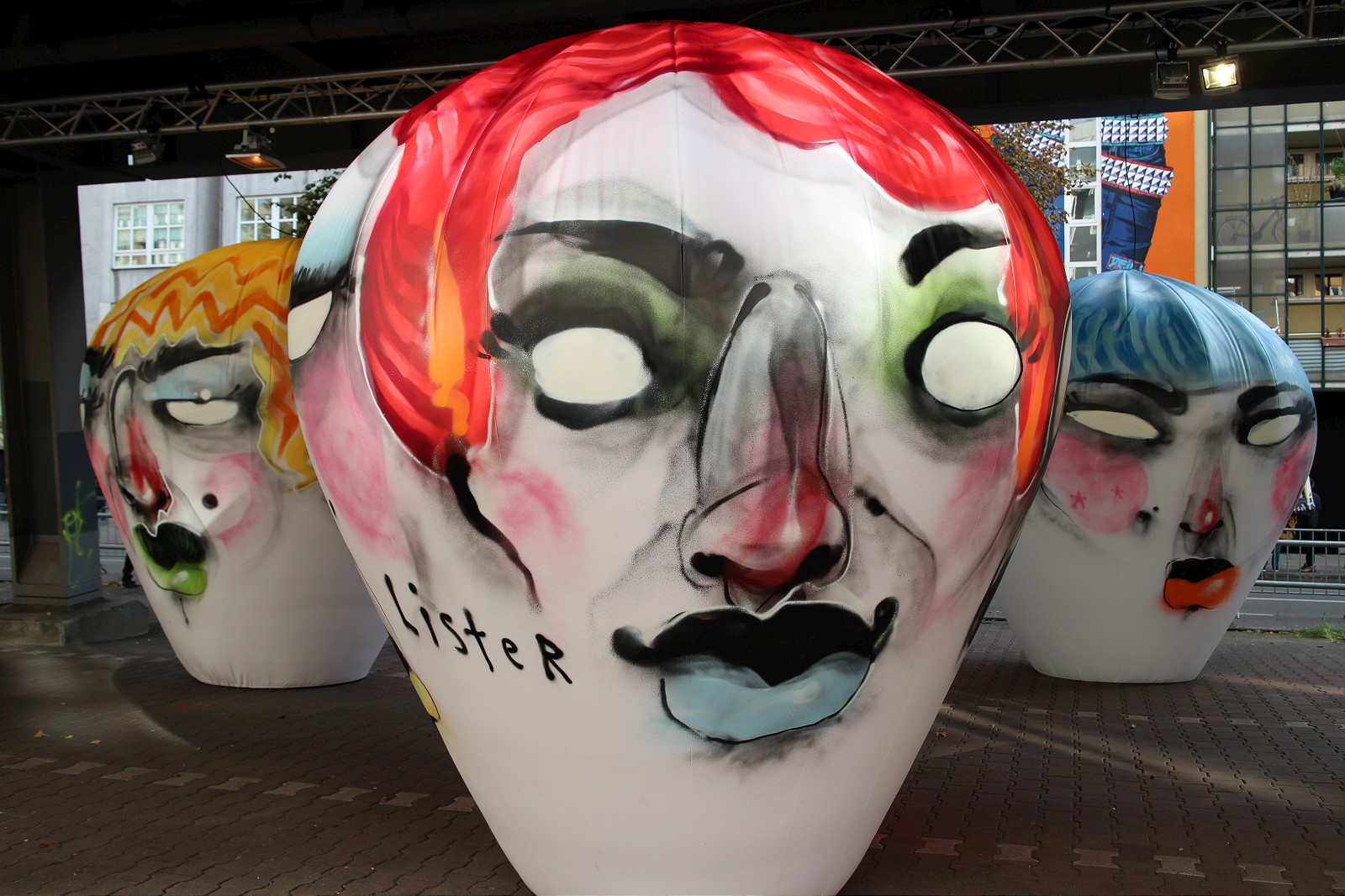