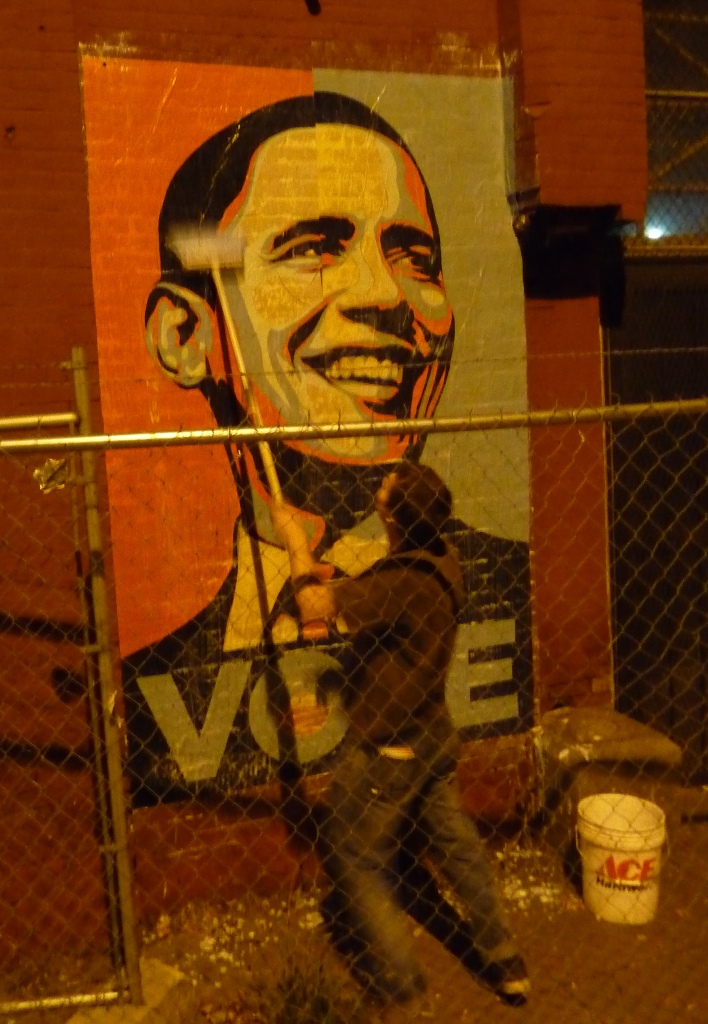 We have confirmed that the new Obama â€VOTEâ€œ image which Shepard Fairey and AM premiered in DC will indeed be made into an official print to be sold on Barack Obamaâ€™s website! It should drop in the weeks prior to the election, so keep your eyes on the site.

The edition size will be 5000Â and should have a $70 price point.Â This will beÂ Shepard’s 2nd print inÂ the “Artists for Obama” product line. As with everything Shepard has donated to Obama’s campaign, allÂ proceeds will continueÂ toÂ support the Barack Obama campaign.

AM will keep you posted on the when this release will be available.

More pics of Shepard putting up the VOTE in DC after the jump.