We just received another series of works that Ludo (interviewed) created around Bangkok before leaving the city and continuing on his Asian tour. The other day, he discovered the popularity of a fake Viagra drug called Kamagra, so he created a piece dedicated to this phenomenon. While he was putting up other works around central BKK, he was approached by locals that seemed to be confused and entertained by the fact that someone was placing works outside like that, especially because they found these paste-ups funny.

In the last few days of his stay in Thai capital, the Paris-based artist put up 6 new works, and started packing his bags, heading to a new destination in Asia. Stay tuned for more reports from his travels. 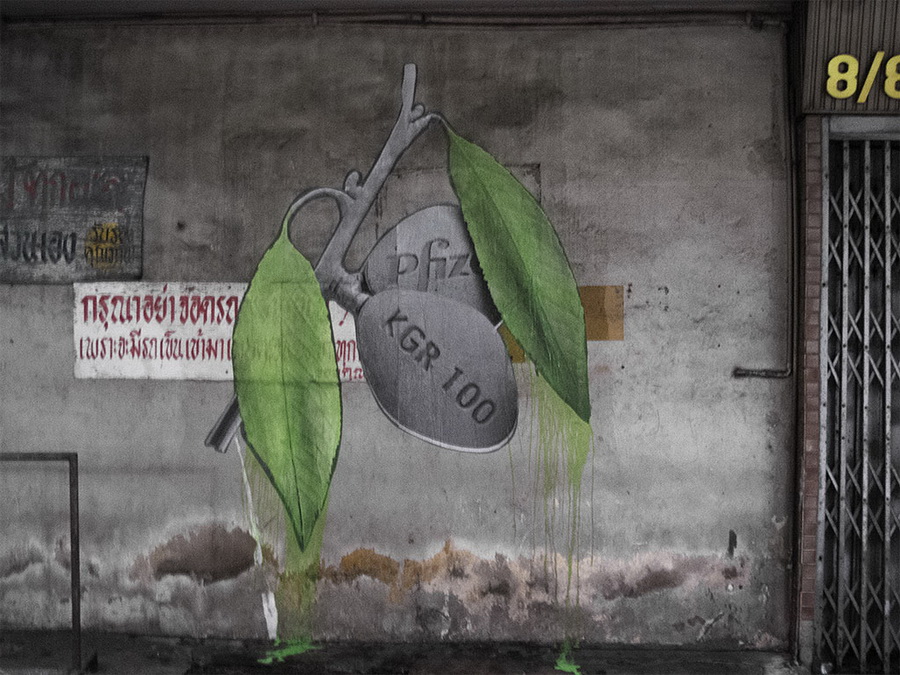 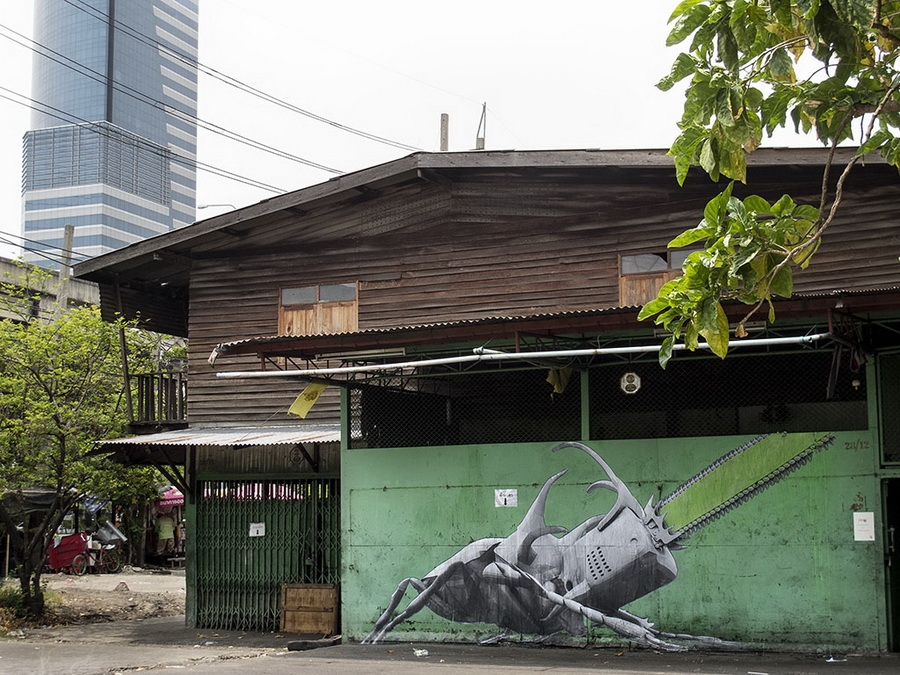 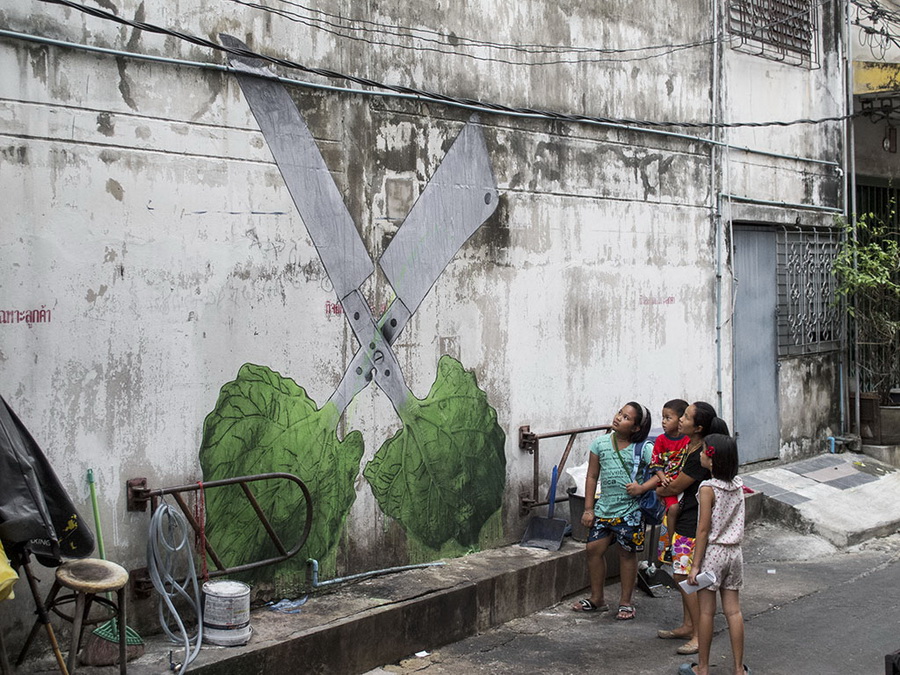 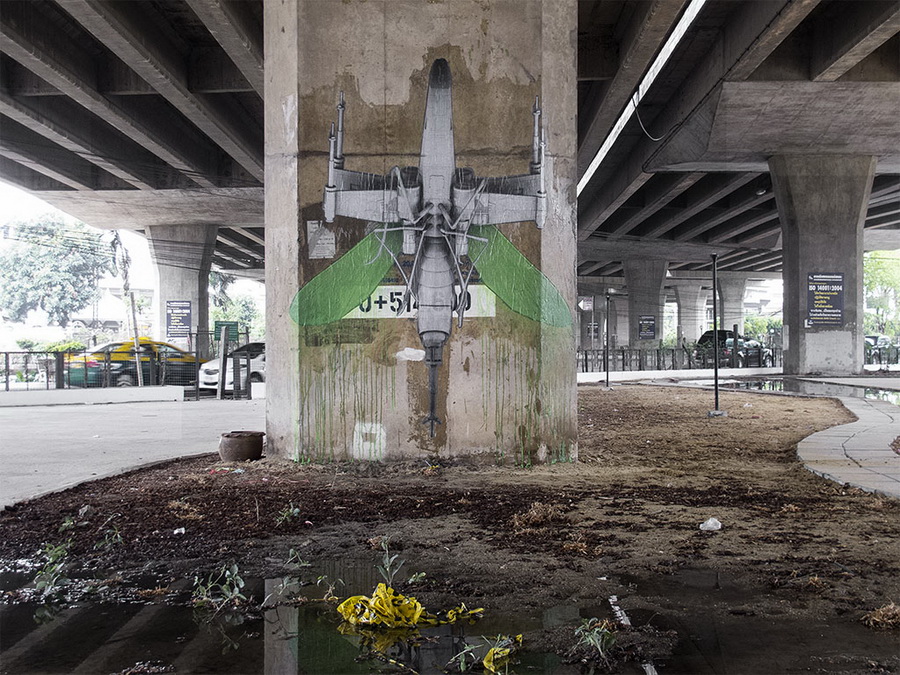 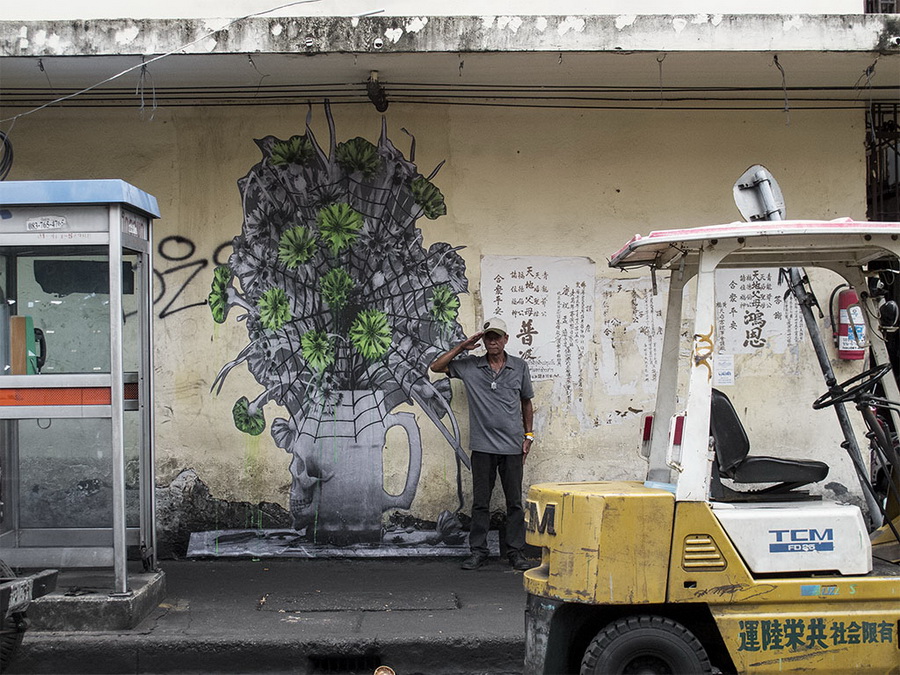 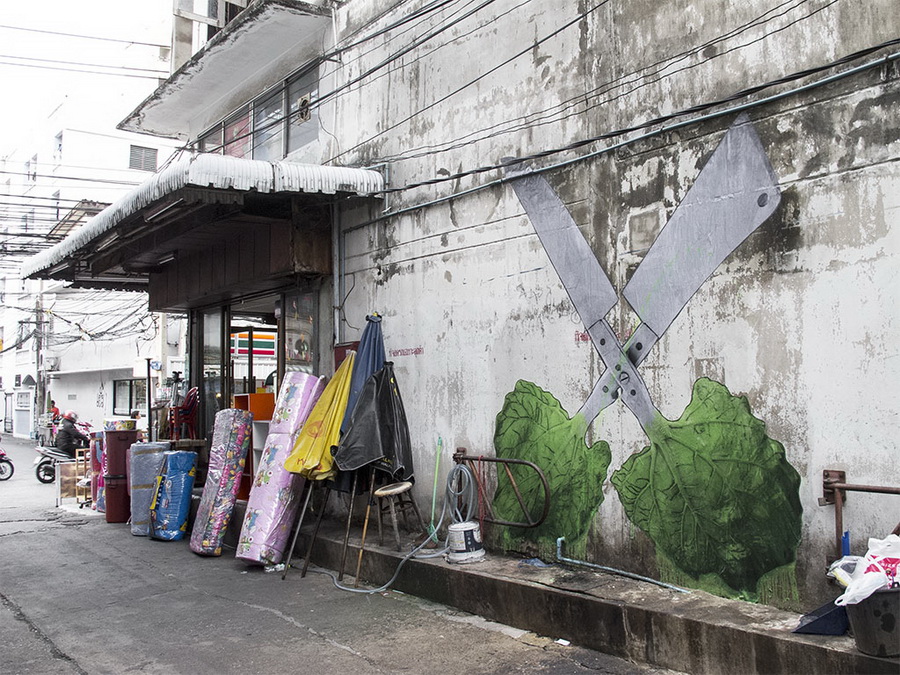 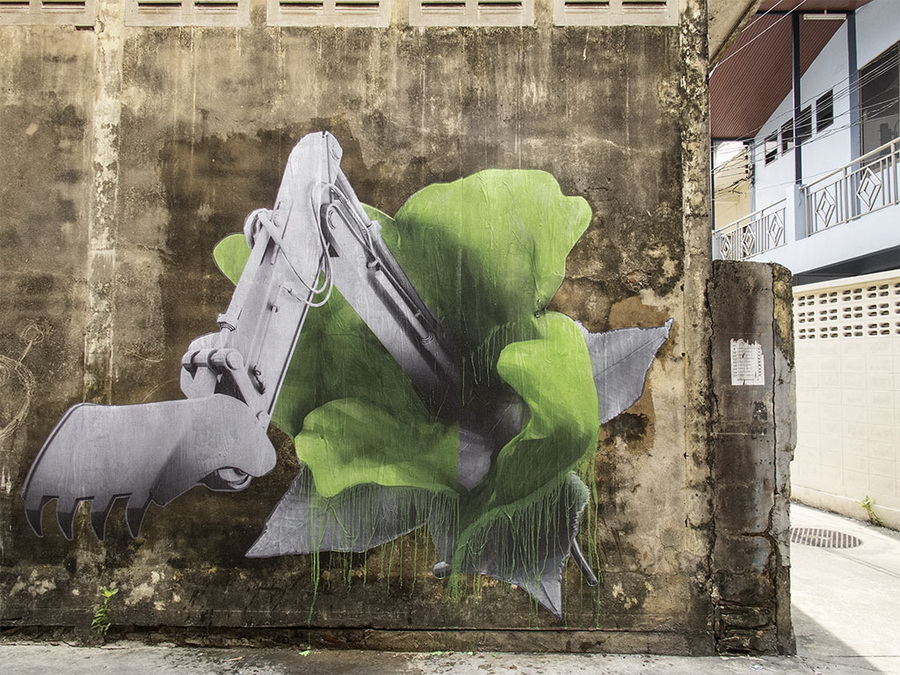