After a successful solo show in NYC recently (covered), and stopping in Portland for a mural project (covered), DALeast made a huge d-tour on his way home to Capetown by stopping in Dunedin, New Zealand. That same coastal town that hosted Phlegm (covered) there a couple of months ago also invited the Chinese-born artist to leave his mark there through the Dunedin Mural Project.

Defoliation took about four days to finish and shows the landing motion of the extinct indigenous Haast’s Eagle from South New Zealand. This bird was once a top predator on the island, and grew to be the largest eagle on earth due to the specifics of its environment and lack of competition. The South Africa-based muralist painted this majestic bird falling apart it landed, adding some man made elements to the image as a nod to human responsibility for its extinction. Using his recognizable technique, DALeast created a sharp image which pops up from the surface. His signature 3D effect based on the contrast between the black shadows and lines, and blue and white highlights, works perfect with the untouched concrete background surface.

After this project, DAL will continue traveling and creating more large public works, so he will be stopping by Lodz, Poland for another mural, as well as Berlin for Urban Nation project. 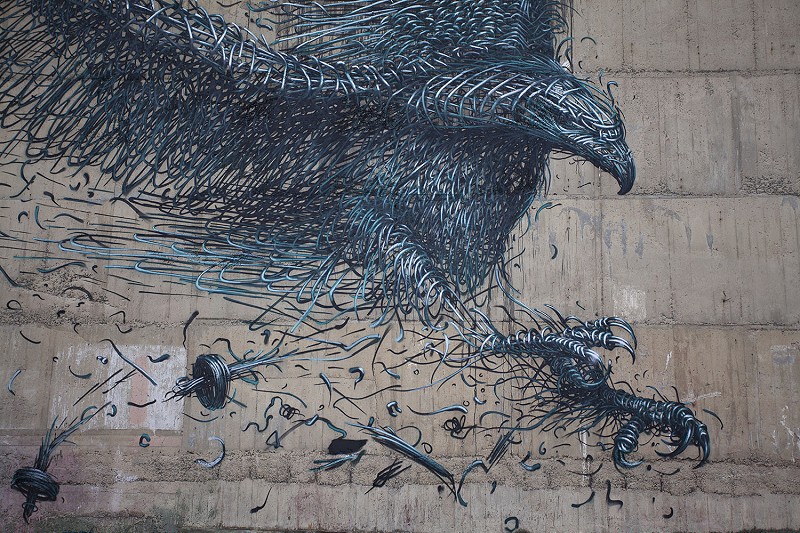 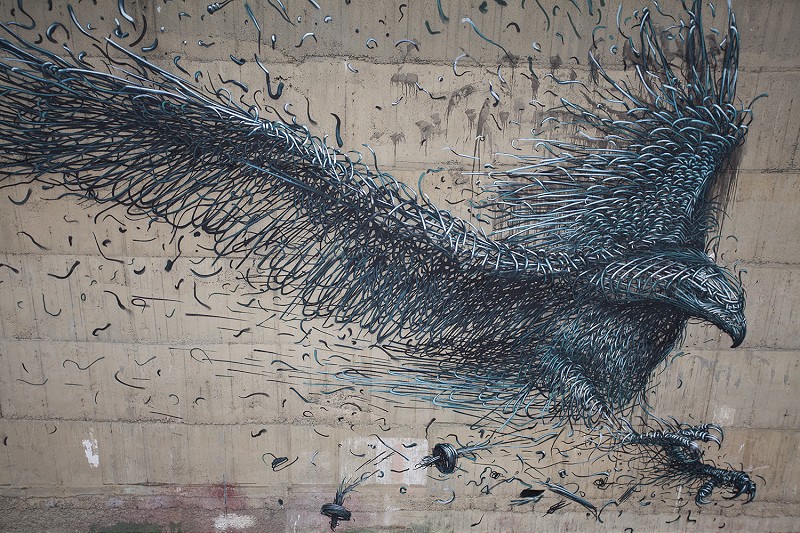 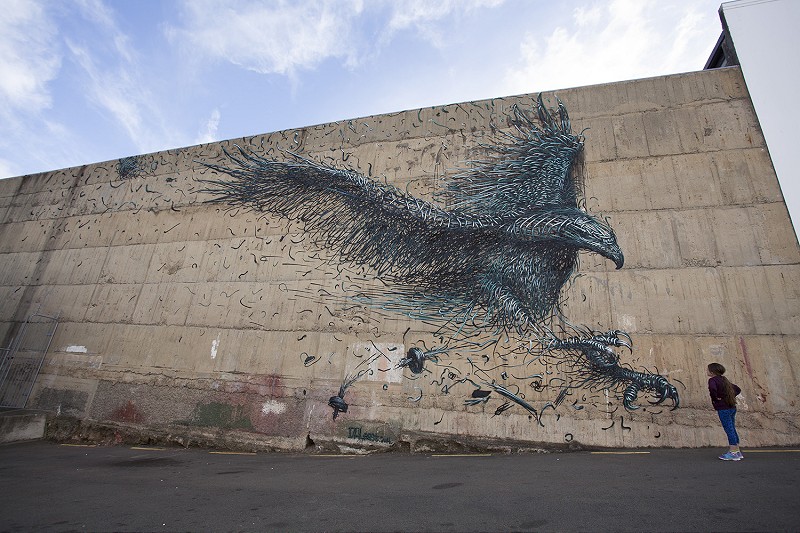