Getting assigned an unusual, non flat surface, the Chinese artist once again showcased the strength and uniqueness of his style and technique. Working in a country that is surrounded with oceans, he painted this massive image of a crashing wave. The dynamics and power of the wave was cleverly accented by extending the image over the main surface area. By turning the image upside down, he achieved level of abstraction to his work, but also managed to give a nod to “the upside-down country.” Matching the clear Australian sky, the blue/turquoise wave was created with numerous lines that are popping out to form the surface through an effective shading illusion. After this project, Dal will be on his way to Europe and Africa, producing, releasing and showing more work along the way. 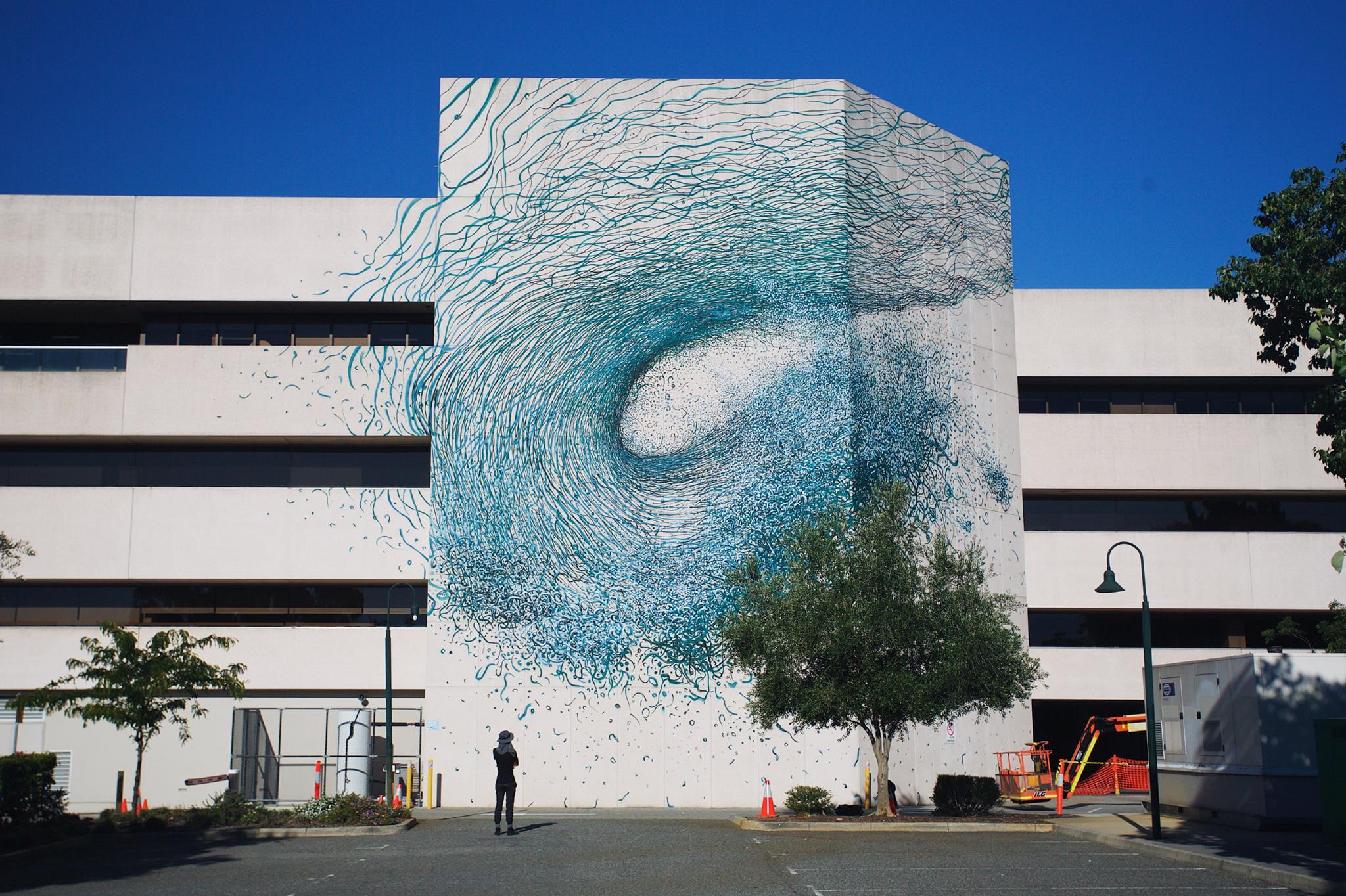 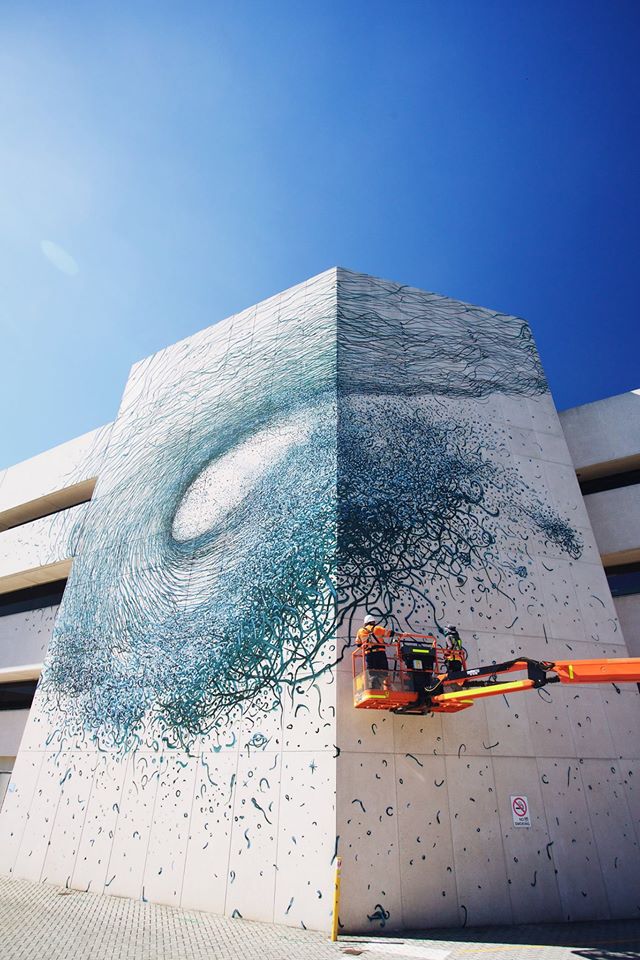 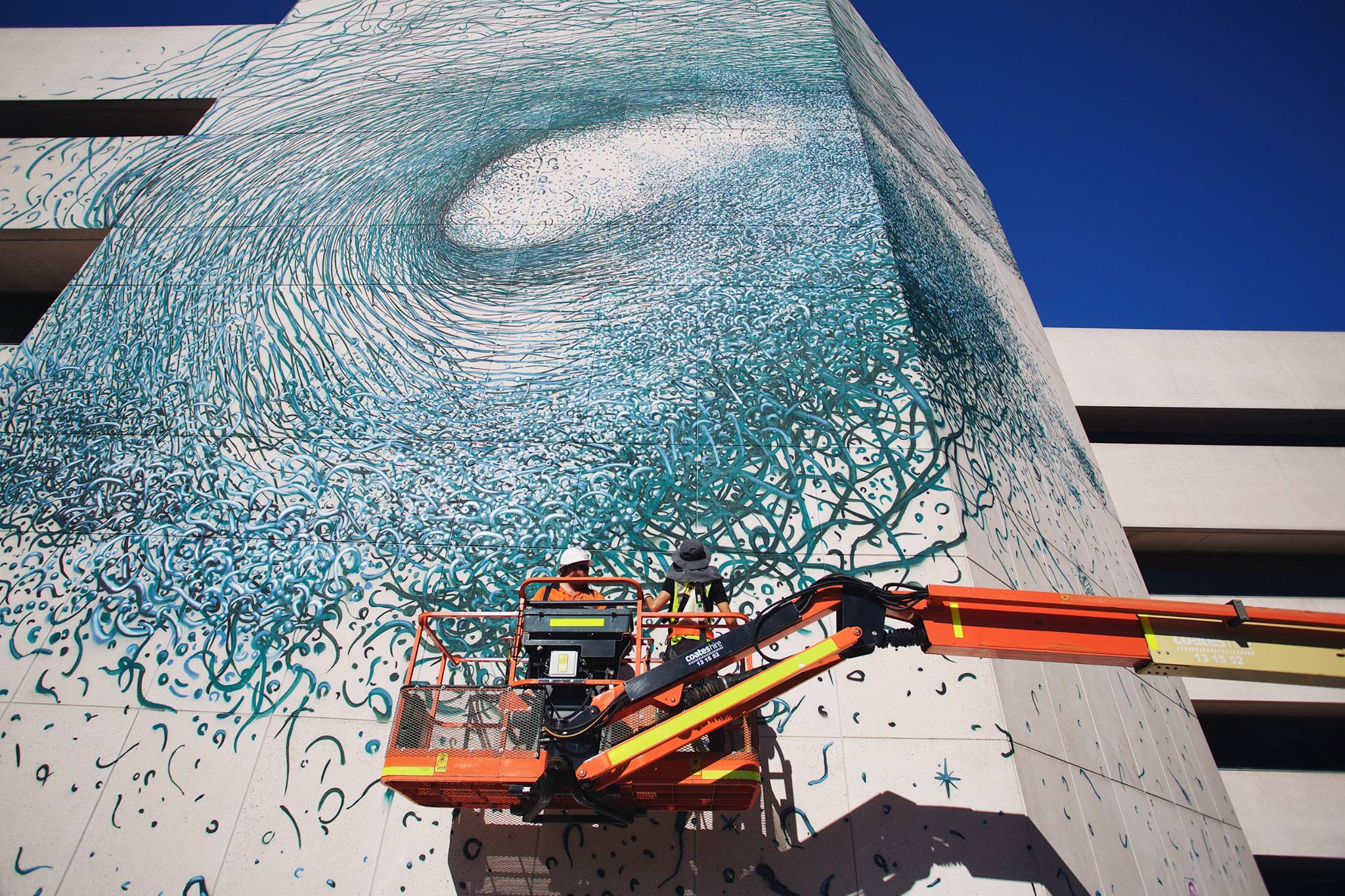 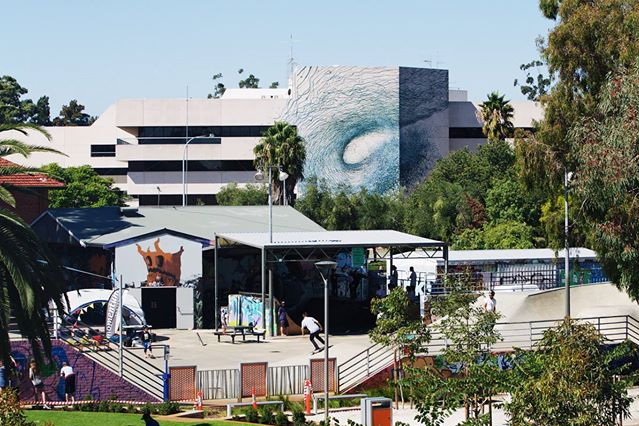